Totem at the Santa Monica Pier

We're always up for a good Cirque show. We heard Totem was coming to town and grabbed four tickets. 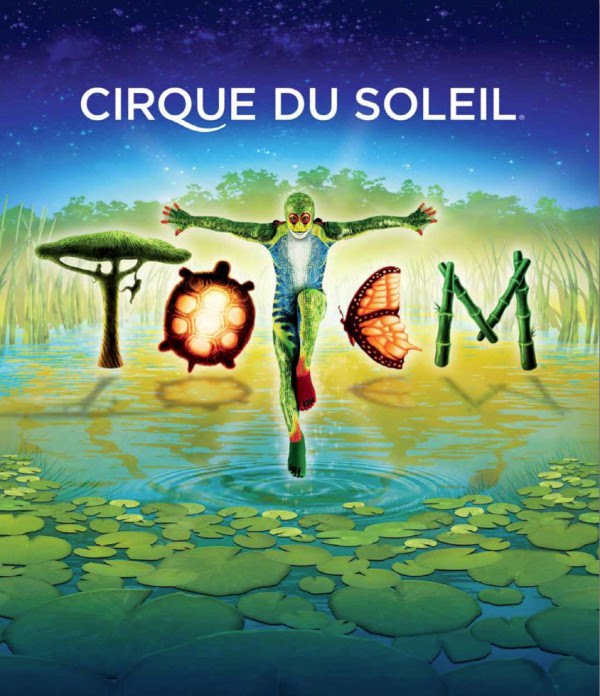 Costco has Cirque du Soleil $100 gift cards for $80. Only problem was the fine print; they don't let you pick your exact seat, only your section. T and I were able to figure out a way though to hold seats we didn't want in queue, and then the seats we really wanted were the only ones left for them to assign in that section to us. We ended up getting seats on the aisle just off center, 4 rows from the stage. Sweet!

Rich said he didn't think he had ever see a circus, and Chi's last circus was in Korea. Theresa and I thought they'd have a great time, so we asked them to join us. 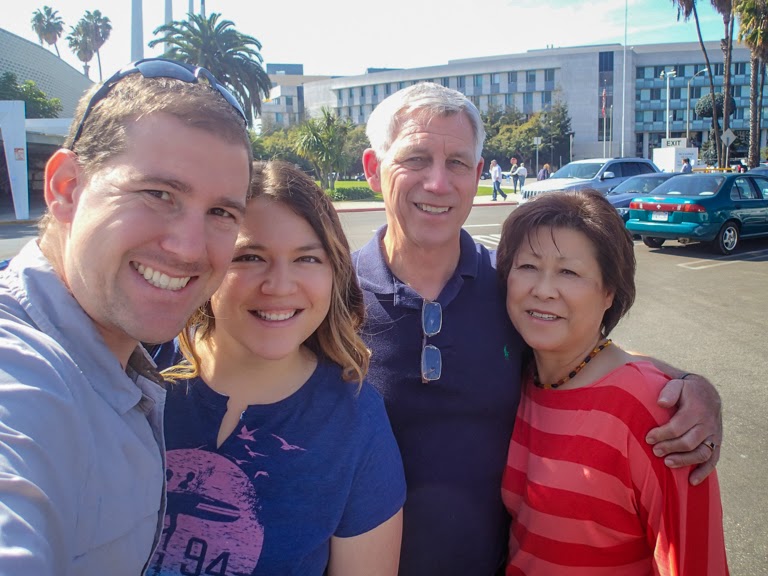 But what about Ian? Oh he's got just about the best babysitters you could ask for. Aubrey and Rita are visiting from Michigan and he's all smiles for them. 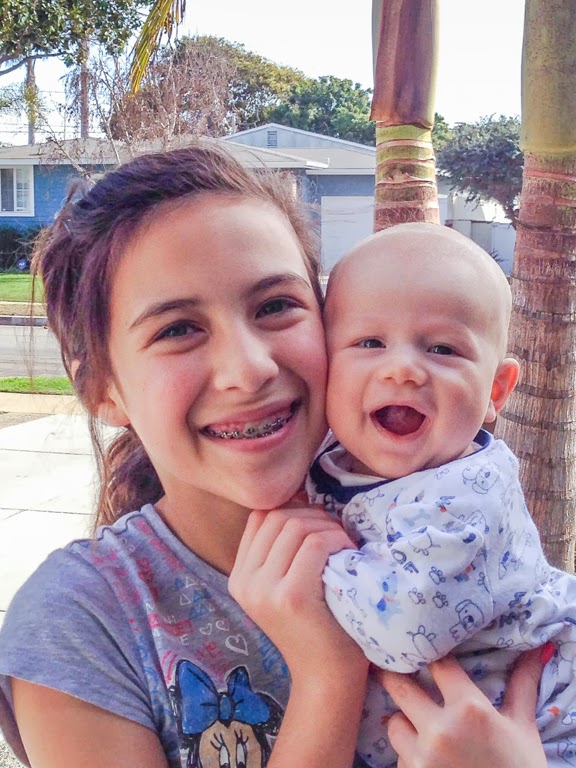 We had an uneventful drive up to the Santa Monica Civic Center where parking was $5 max for the day and they had a free shuttle that would take you directly to the big top. 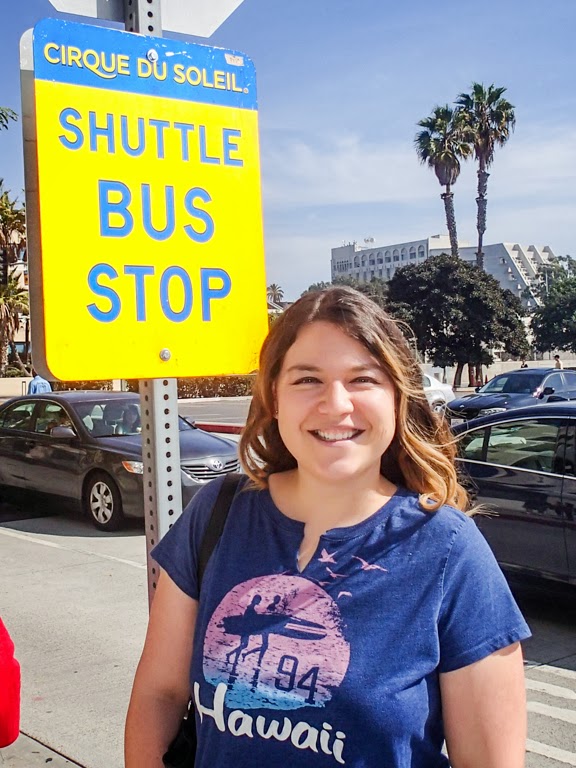 A short ride in a huge bus down some narrow beach streets then we made it to the show. 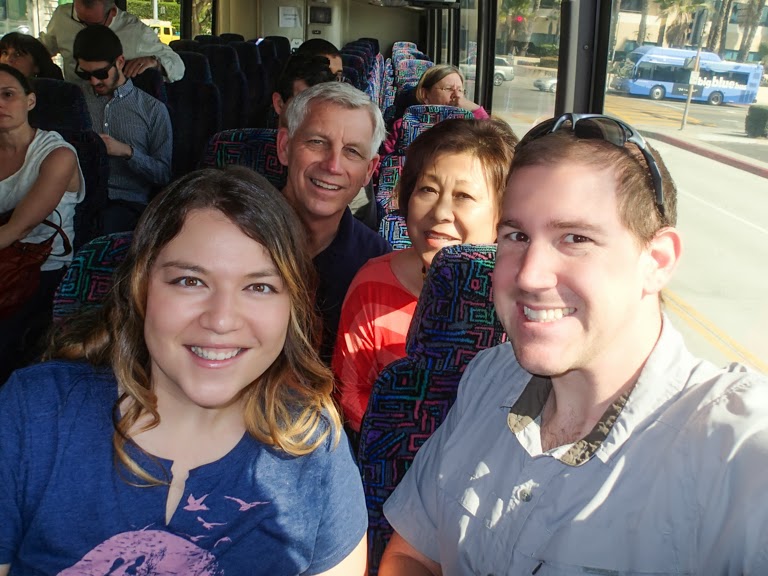 What's a show without treats? Richard got a big bag of popcorn, I got caramel corn, and T got a soft pretzel with cheese. Prices were about what you'd expect if you were at a movie theater. $21 for all our snacks. 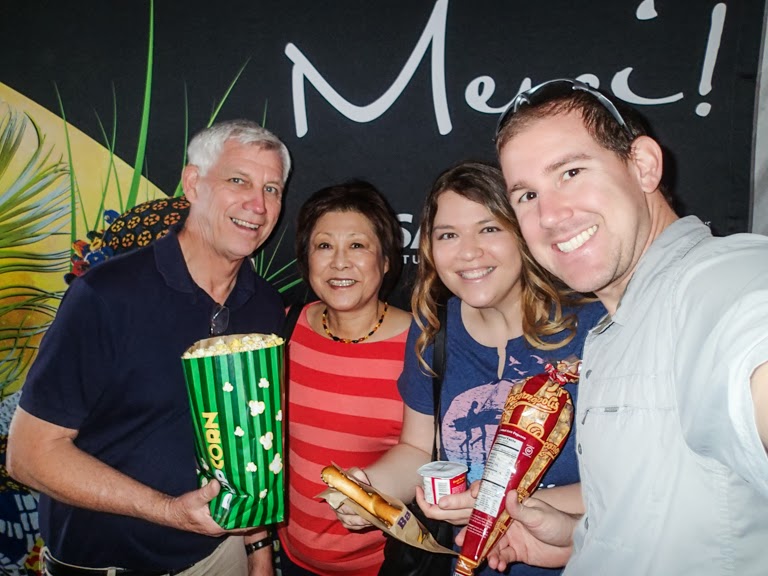 Photography is forbidden inside the tent, though we did see a few people sneaking cell phone shots, with only a handful getting caught.
The show itself was pretty good. There's always a good variety of acts, though I think my favorite had to be the 5 unicyclists. After the first hour, there was a 30 minute intermission. My only quibble was that the second half of the show felt really short. Checking the time, it was less than 40 minutes and then the show was done.
Everyone was all smiles after the show. We all had a really good time. 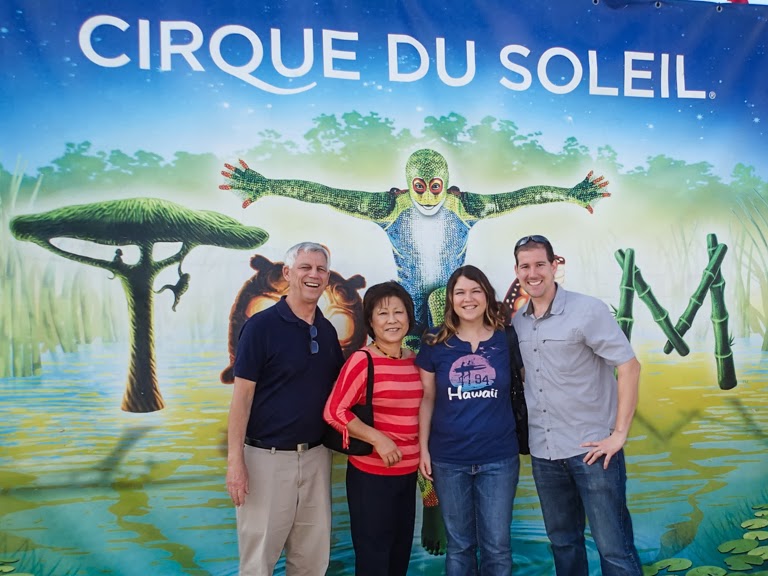 It was a bit crowded after the show as everyone was leaving. It looked like it was a packed house, and the tent hold 2750 people. 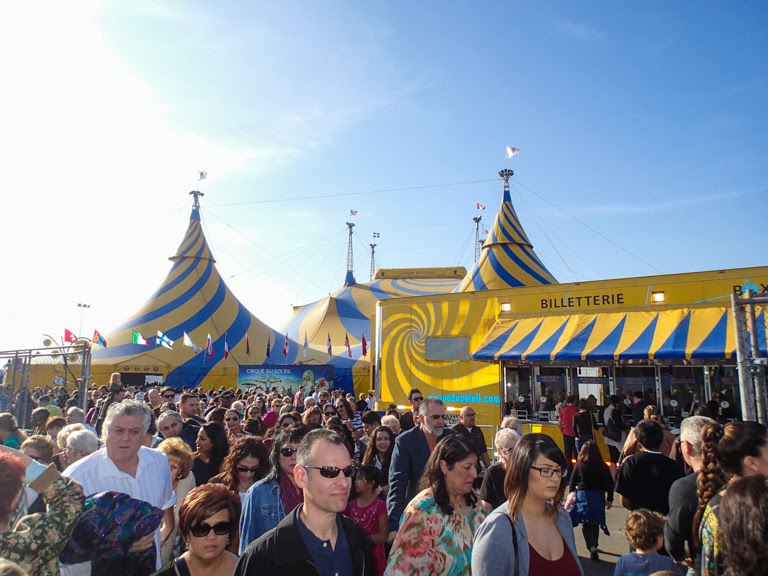 Lucky for us, the shuttles were lined up and ready to take people back to the parking lot. 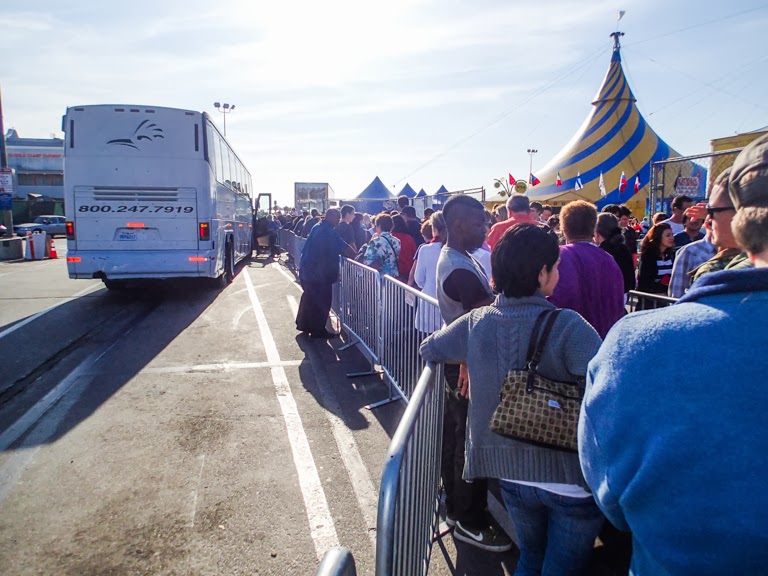 Another fun time out! 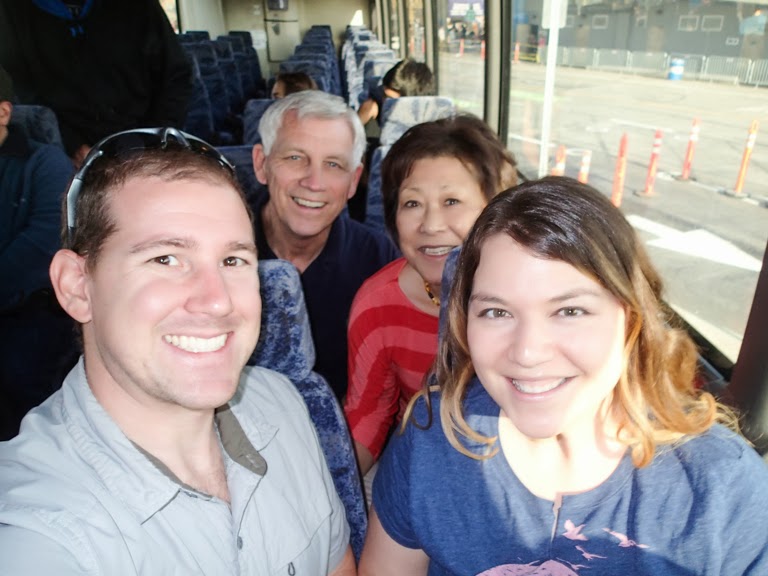