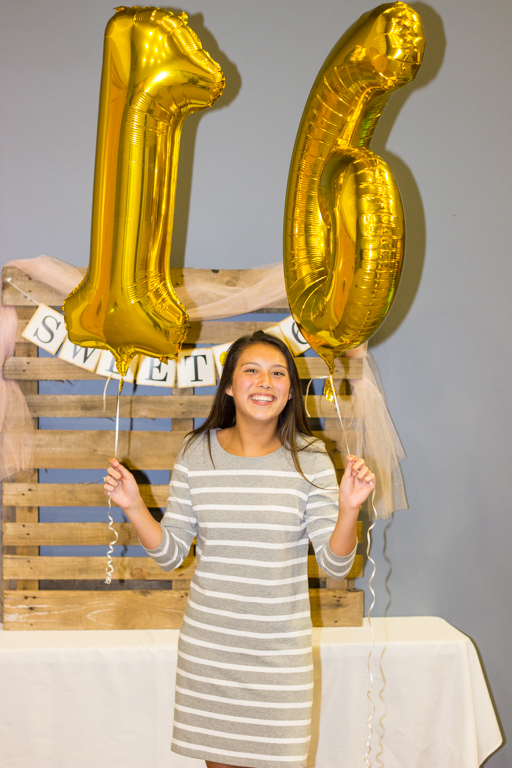 Happy Easter! The Easter Bunny came to visit us! 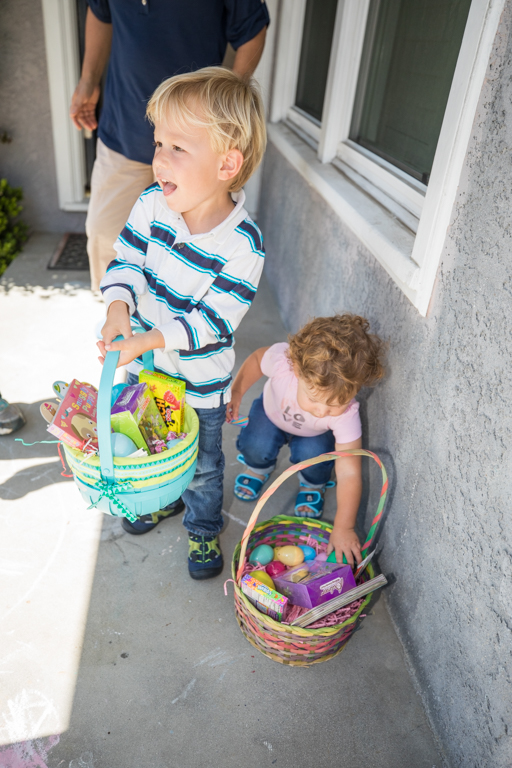 Two down, one to go. We had a great time finding eggs in Disneyland and California Adventure. Now it's time to find eggs in Downtown Disney. 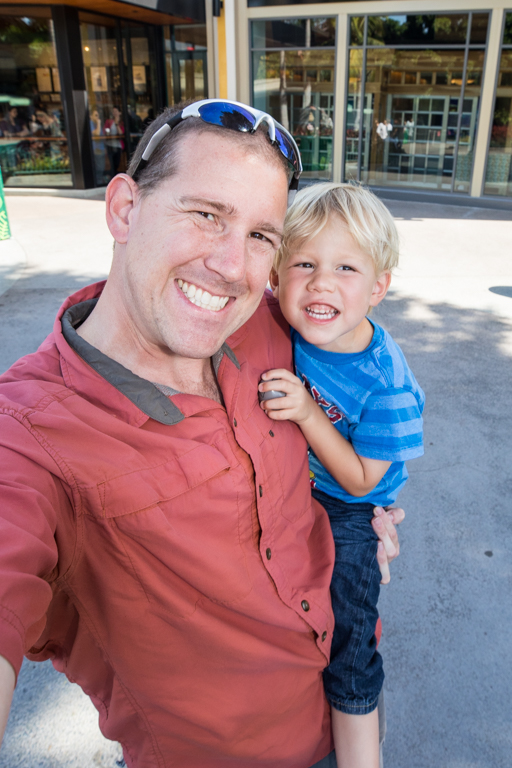 After a very successful egg hunt over at Disneyland, it was time to continue the egg-stravaganza at Disney California Adventure. Right at the entrance there was a photo op that we took advantage of. 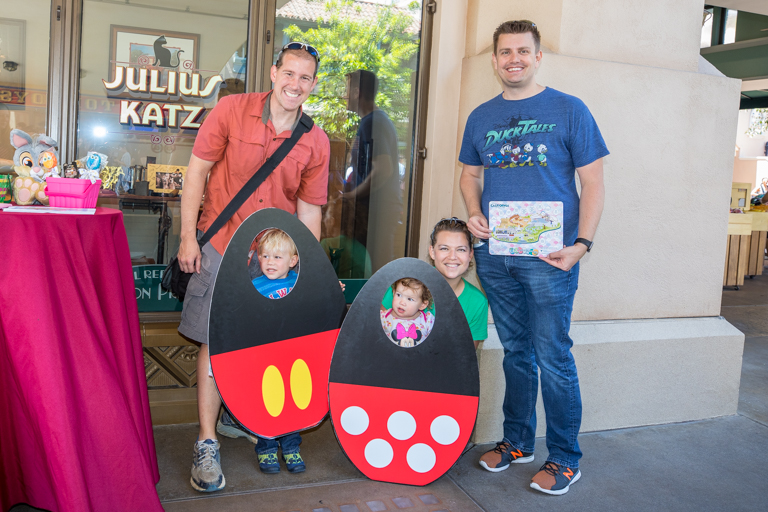 It's the 2017 Disneyland Egg-stravaganza!
I had been wondering if it would be back this year. Disney took a really long time to announce it this year, waiting until March 21st to announce that the hunt begin on April 1st and last only 16 days.
The Flowers family had already made plans to be on vacation in early April, so I was really worried we weren't going to be able to participate this year. My fears were justified too, because Disneyland sold out of all the maps on April 12th, before I was able to get to the resort and pick them up.
Luckily for us, Jacob grab one of each map for us while we were away! Thanks Jacob! 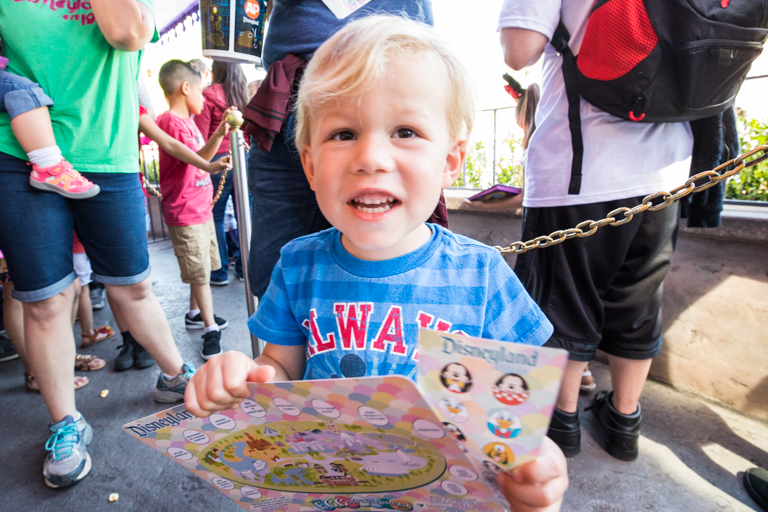 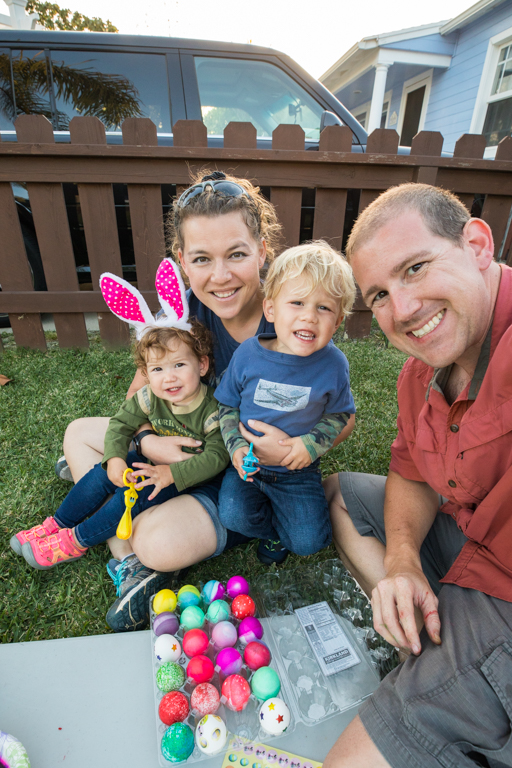 Happy Saturday before Easter! The Flowers family is headed to Disneyland to take part of the festivities! 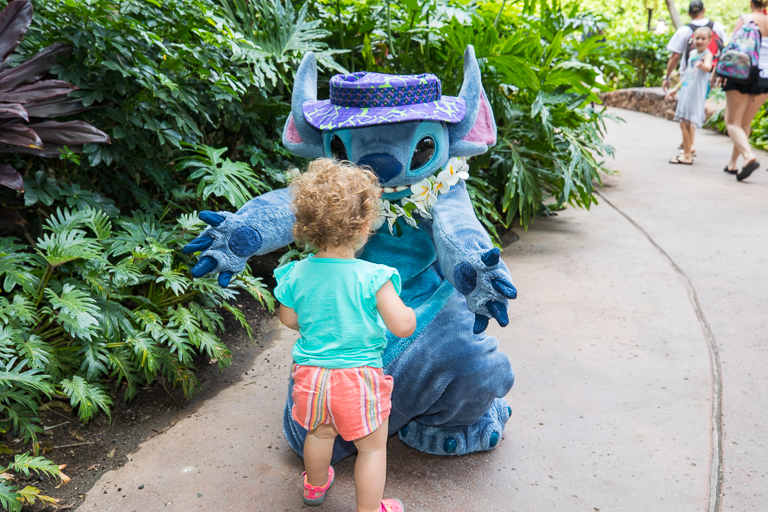 Today is our last day in Hawaii. It's sad. I know. But my friend Craig set up something very special for us.
The Disney Ambassador program has existed back at Disneyland since 1965. Walt Disney, being overwhelmed with requests for his time, appointed Julie Reihm as the first Disney Ambassador. The Ambassador is tasked with being the official spokesperson of all cast members and represents Disney everywhere. In the past, we've seen Disney Ambassadors every year at Minnie's Moonlit Madness introducing charities and presenting them with checks.
Aulani opened back in 2011 and in 2014, for the first time ever, an Ambassador was chosen to represent Disney at Aulani. That Ambassador was Janelle Sanqui. And Craig arranged it such that we'd get a private tour of the resort with her!

When we last left off with the Aulani trip, the boys and I were just finishing up a Menehune hunt.
Hi Stitch! Just a random Disney character wandering around. 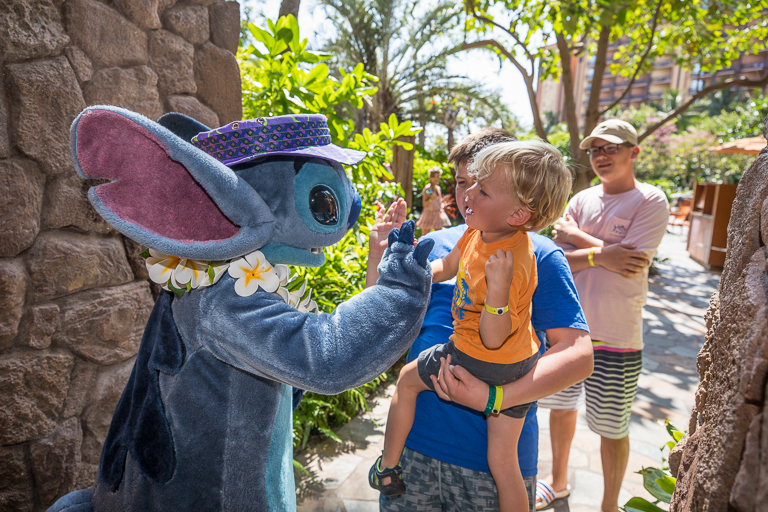 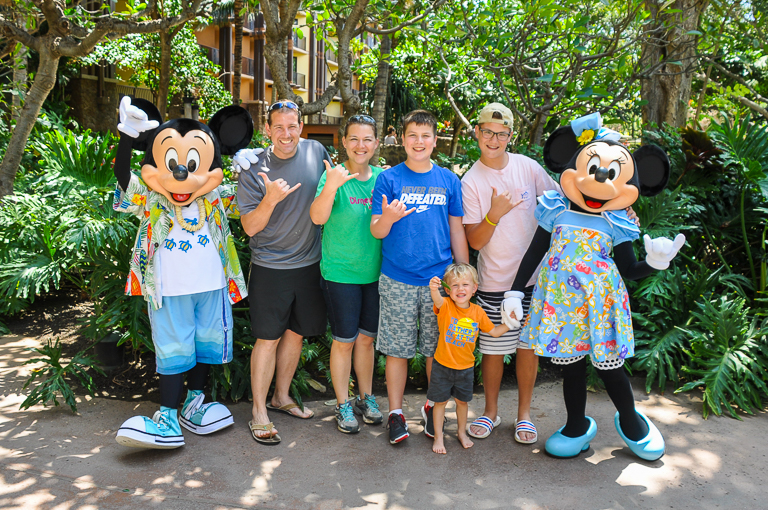 Sometimes it just takes a long time to get a post written up... Like, a really long time. So much that we've already been back to Hawaii since.

So, continuing this write-up from April 2017, the Flowers family got to visit Disney's Aulani! 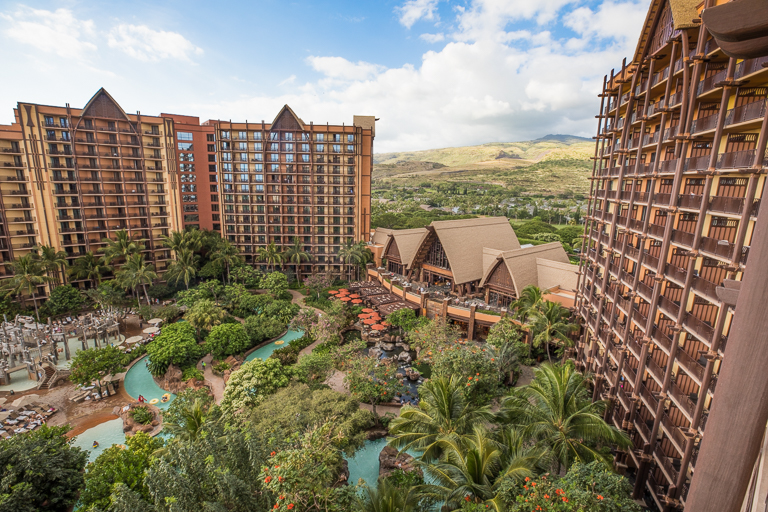 Finally getting back around to the Hawaii trip. It's been an eventful couple of months. 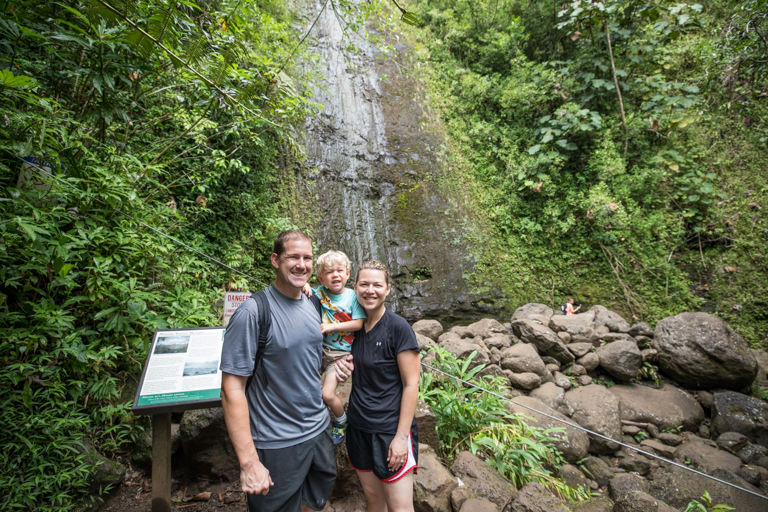 Hawaii, Day 7.
Yesterday there was a bit of running around the island. Everyone is doing their own thing. My parents are hanging out at the house with Ian and Alli. The rest of the family is visiting Pearl Harbor. And Theresa and I got some time for ourselves and decided to hike to the top of a hill. 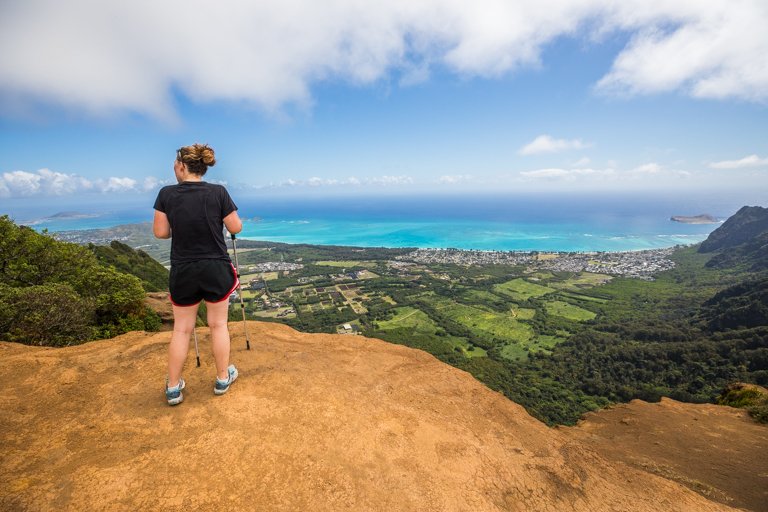 Well after a very eventful evening with Alli in the ER, I could use a down day. Monday was just a day to hang out at the house.
The next day, we'd have plenty of stuff to do and see.

It's certainly been a full day of adventure. To start the day we hiked up Diamond Head. Then we all went to the Dole Pineapple Plantation. Now we're finishing it all off with a tour of the Waimea Valley. 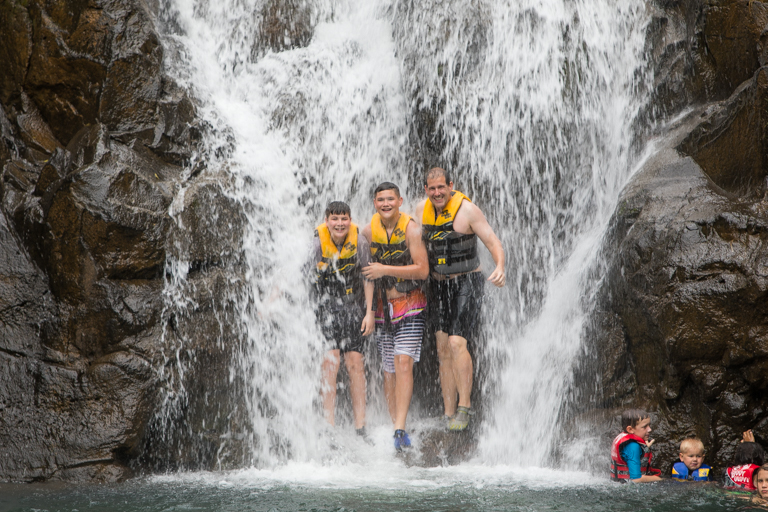 It used to be that the only place to get a delicious Dole Whip was at Disneyland or the Dole Pineapple Plantation. That has since changed and you can now get a Dole Whip in quite a few places. Still, we couldn't visit without getting one.

Since we're on the island of Oahu, there was a "must do" on our list. It's the Dole Pineapple Plantation! Dole sponsors one of our favorite rides back at Disneyland, The Enchanted Tiki Room, plus they serve the always delicious Dole Whip at Disneyland too. 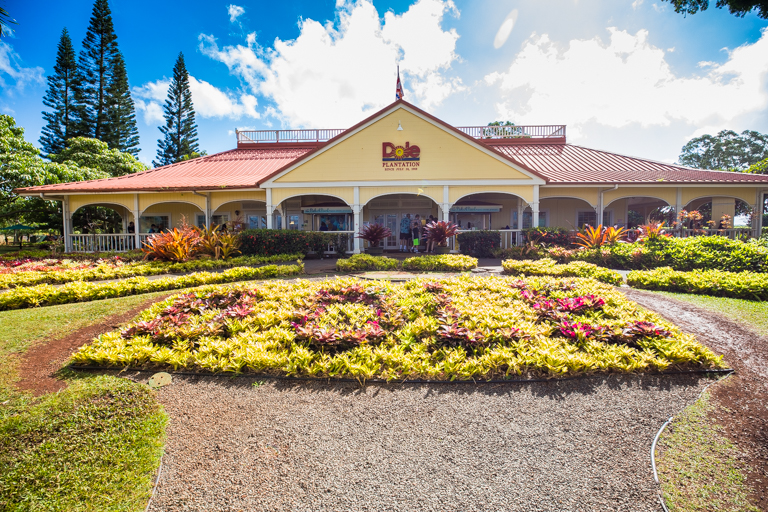 Good morning from the top of Diamond Head! 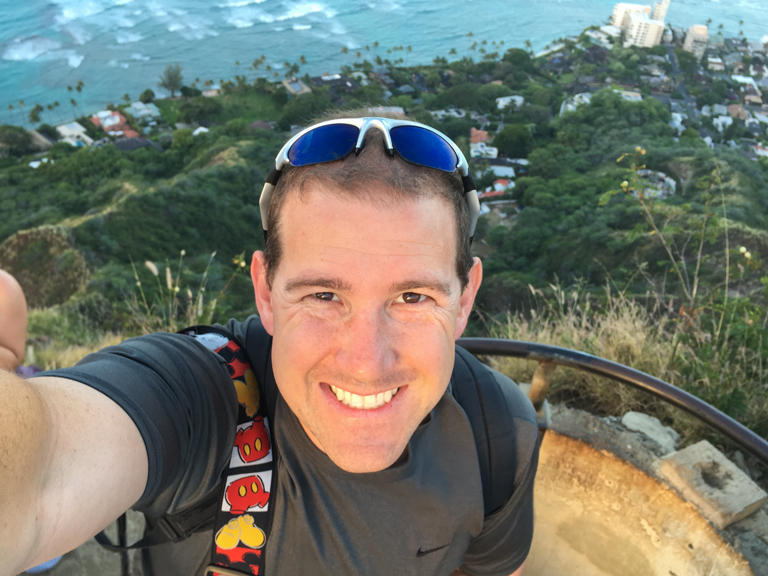 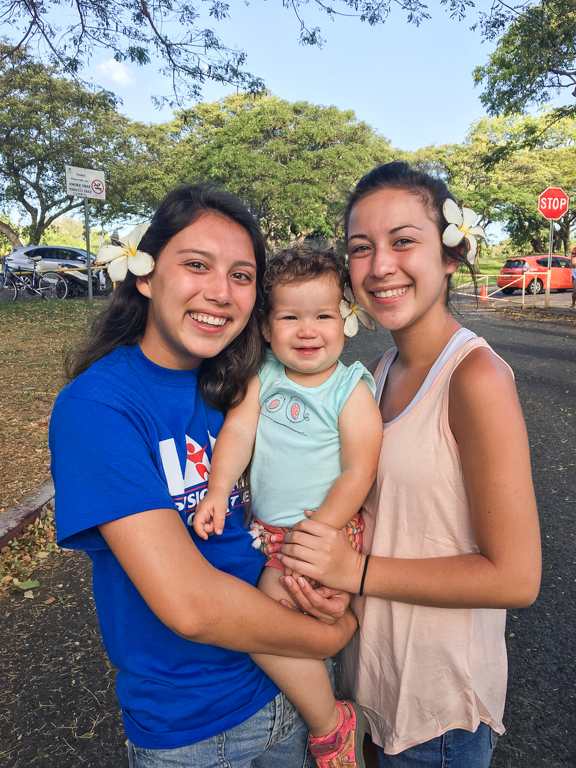