Happy Saturday before Easter! The Flowers family is headed to Disneyland to take part of the festivities!

It was all smiles as we got on the tram. 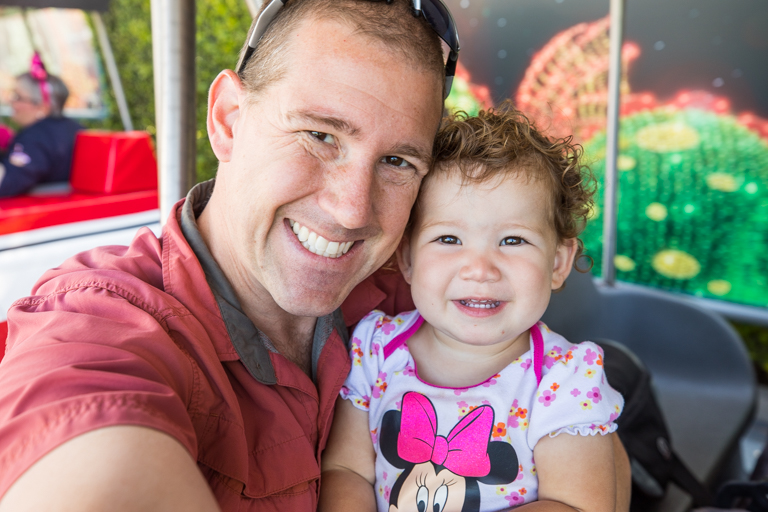 Ian really wanted to bring his stuffed Dale that he got from Aulani earlier this week. And wouldn't you know it, as soon as we entered the park, Dale and Chip were walking down the steps of the Main Street Railroad with no-one waiting to meet them! Ian went right up to Dale with his plush toy. 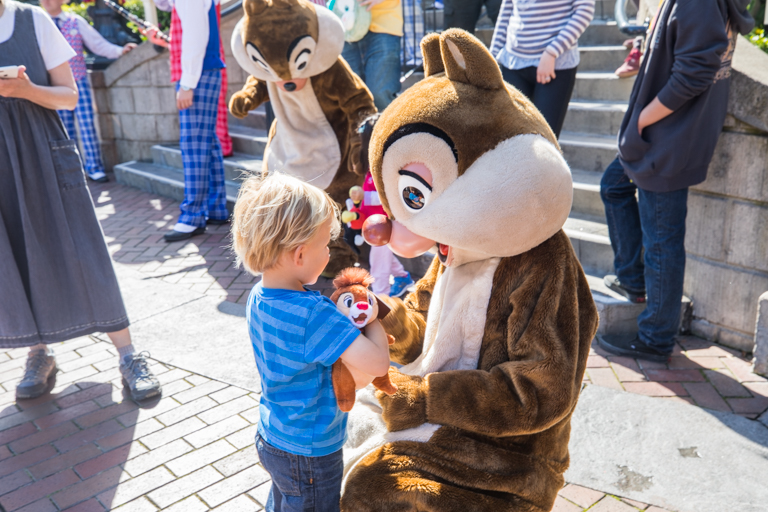 Dale took a special interest in him. 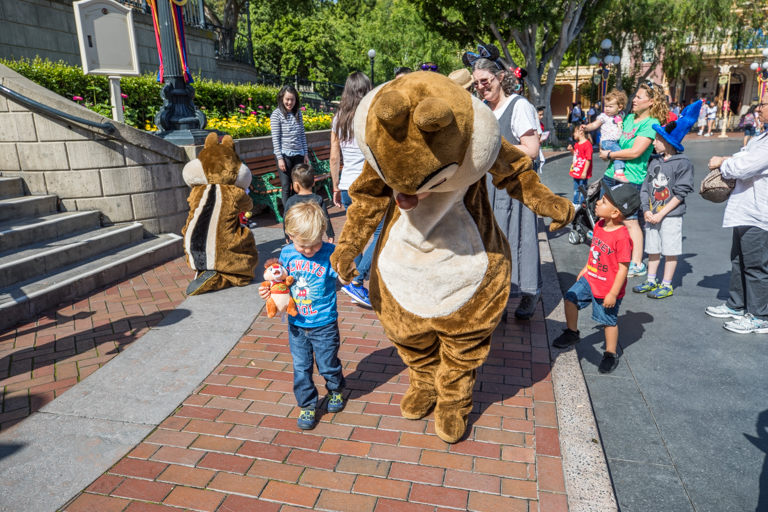 And while the band on Main Street played a jazz tune, Ian and Dale danced together.

We greeted the horses as we always do when we walk down Main Street. 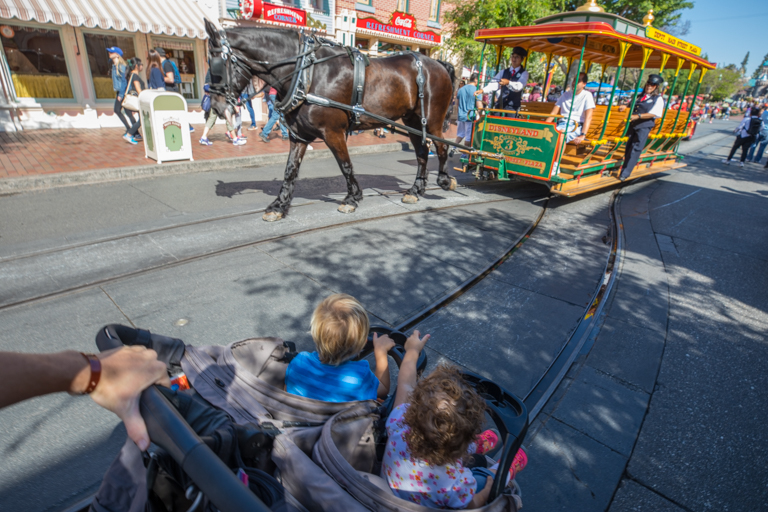 Let's take a spin on the Tea Cups! 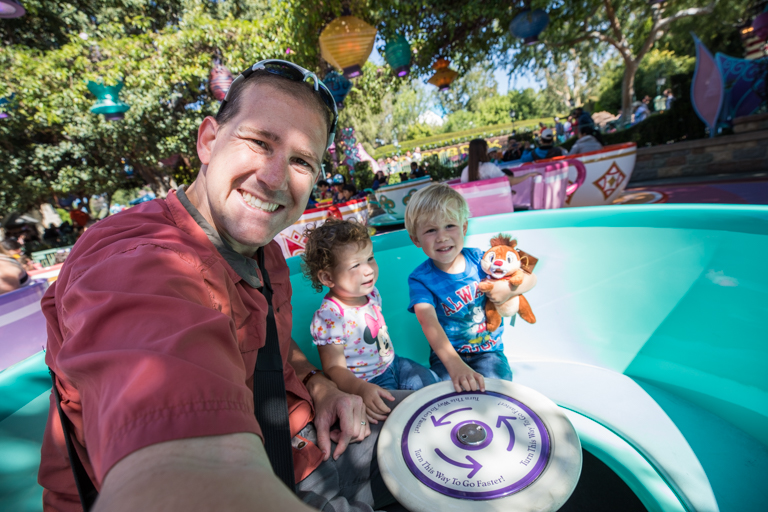 A picture from Mommy from the sidelines. 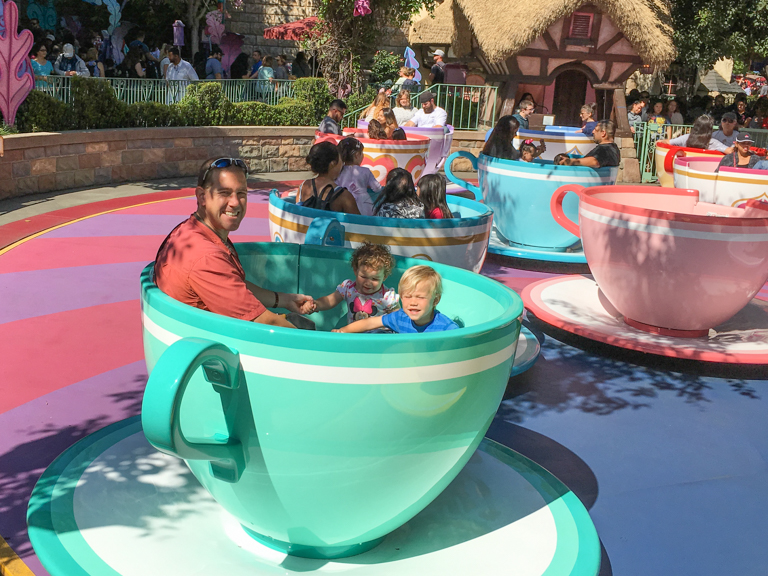 Even though the park isn't too busy, the line for Gadget's Go-Coaster was backed up a bit. Instead of our usual 2-5 trips, Ian and I only went on it once. 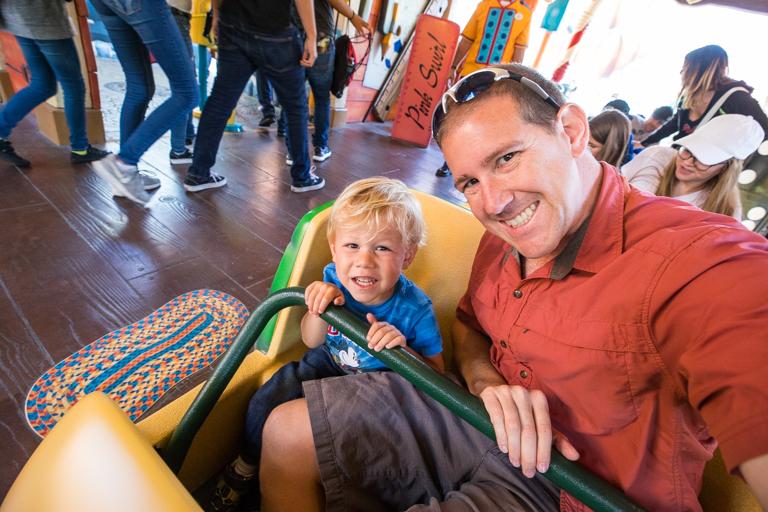 While waiting in line, Ian pointed to the treehouse and said we have to go there! 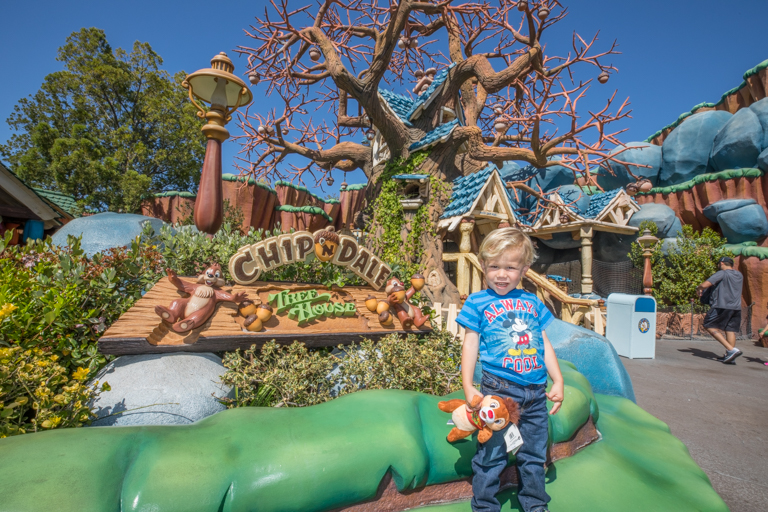 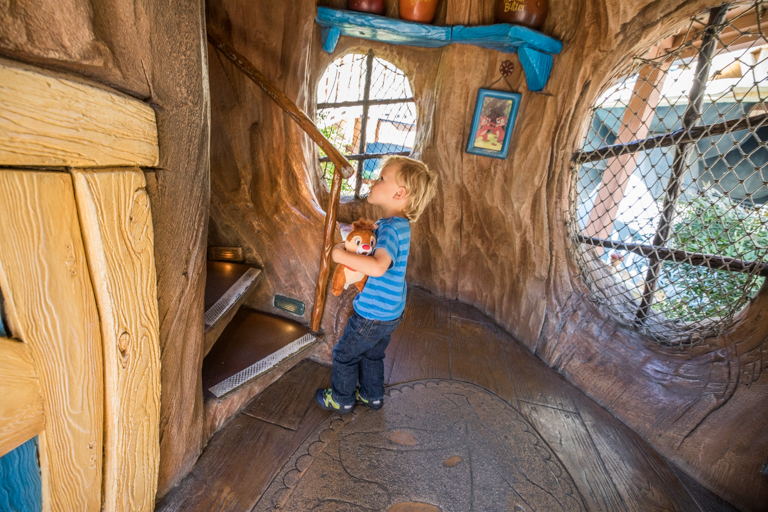 Then it was off to check out Donald's boat. 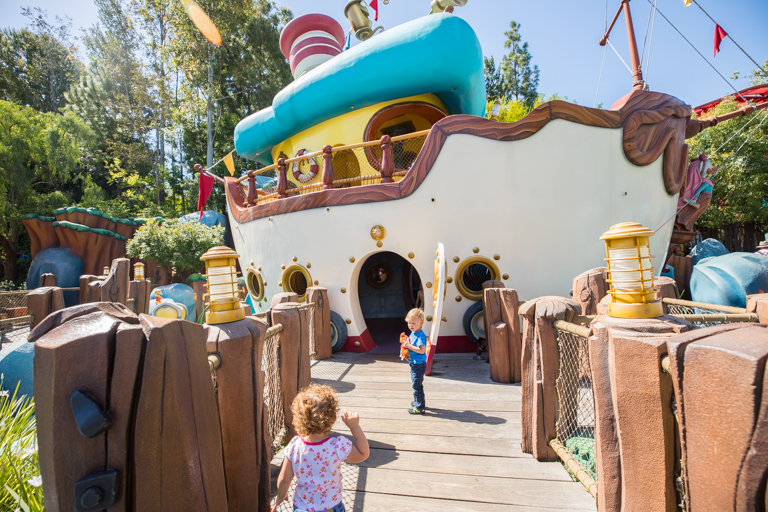 It's Jacob! And he brought popcorn! 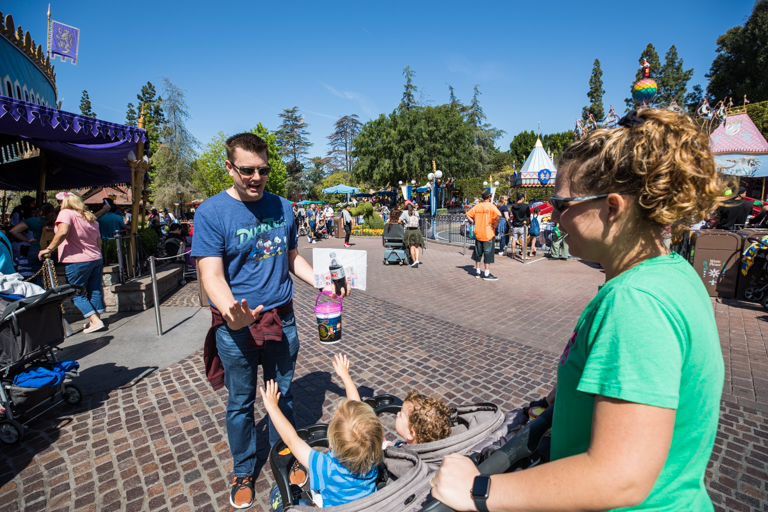 Have a piece of popcorn Dale. 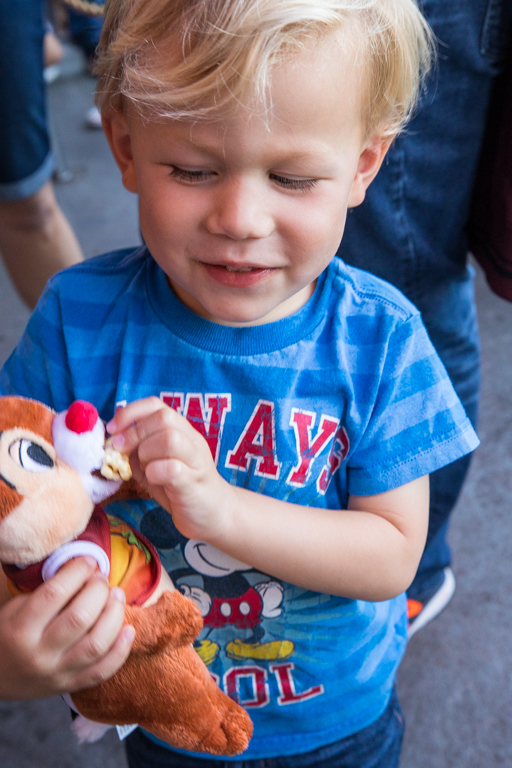 I asked where the popcorn went and was told that Dale ate it. 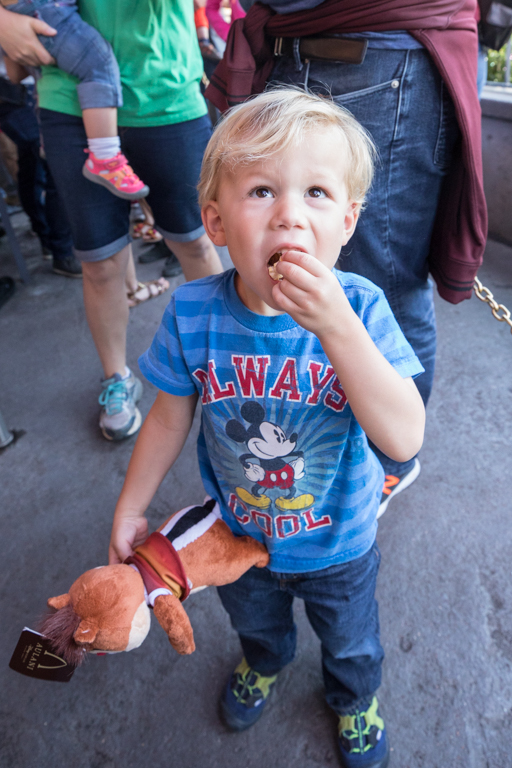 Alli really liked the popcorn too, eating it by the handful. 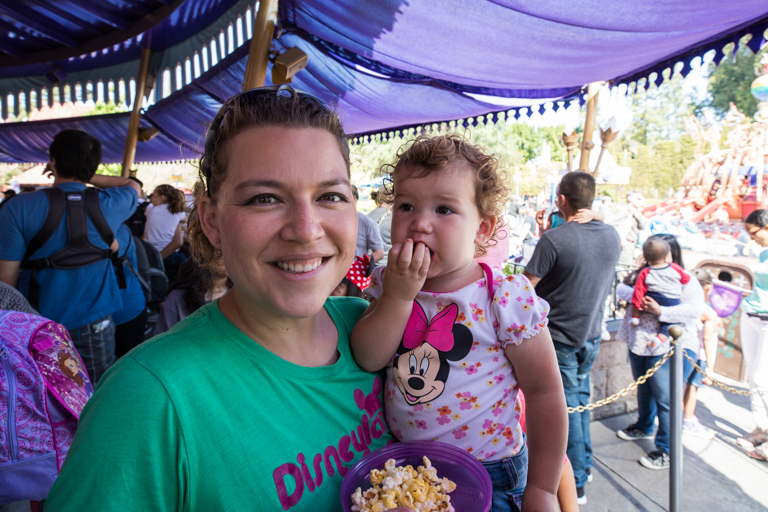 They sure do love the carrousel. 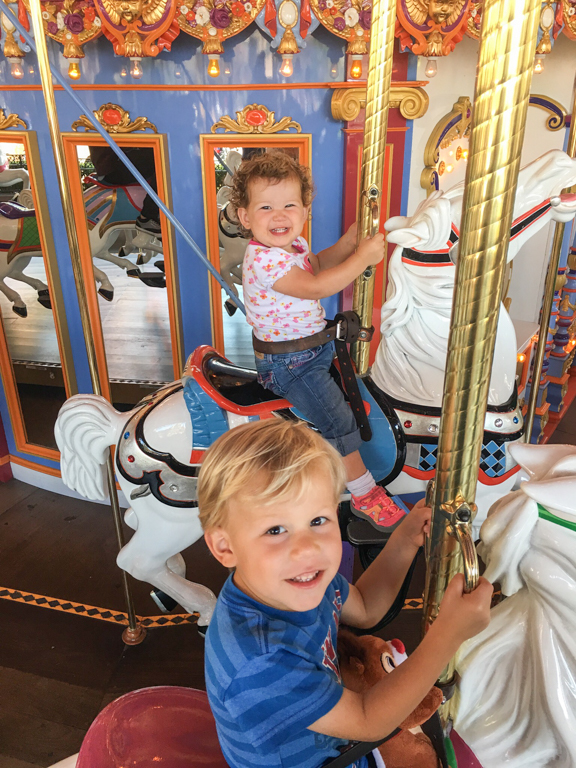 I was really surprised at the lines today. The Haunted Mansion was a walk-on. 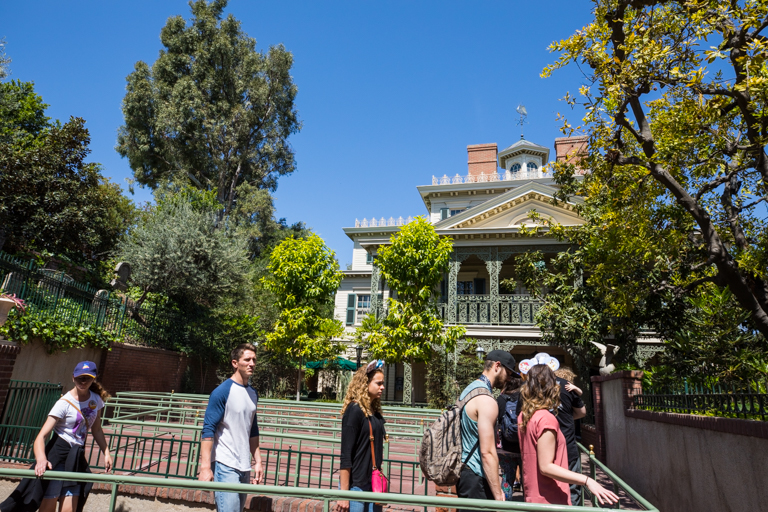 Alli rides with me, while Ian goes with Jacob and Mommy. Alli shows no fear when riding, but she does lay her head on me as we move through the mansion. 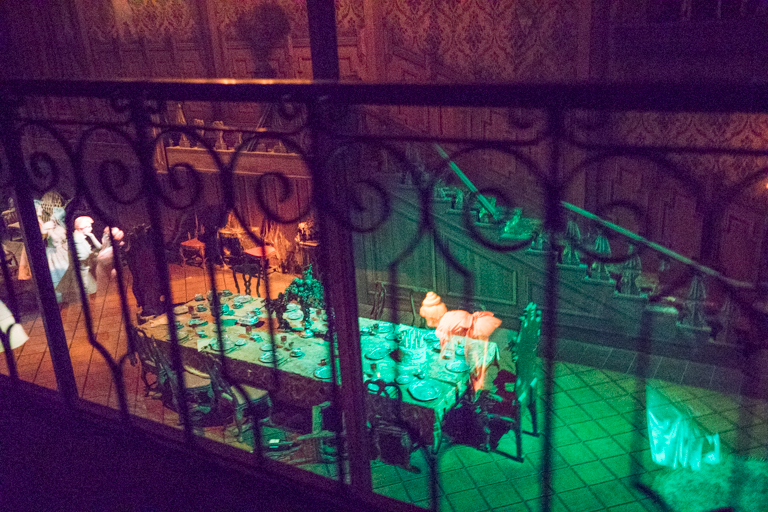 Next up was Winnie the Pooh! 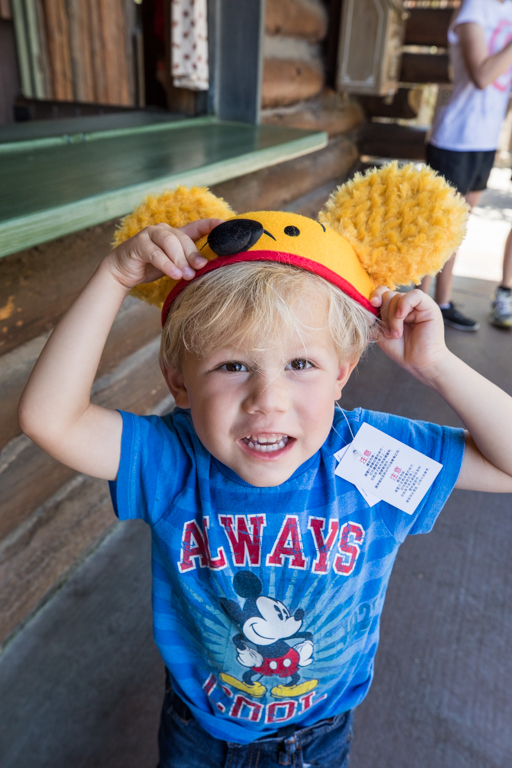 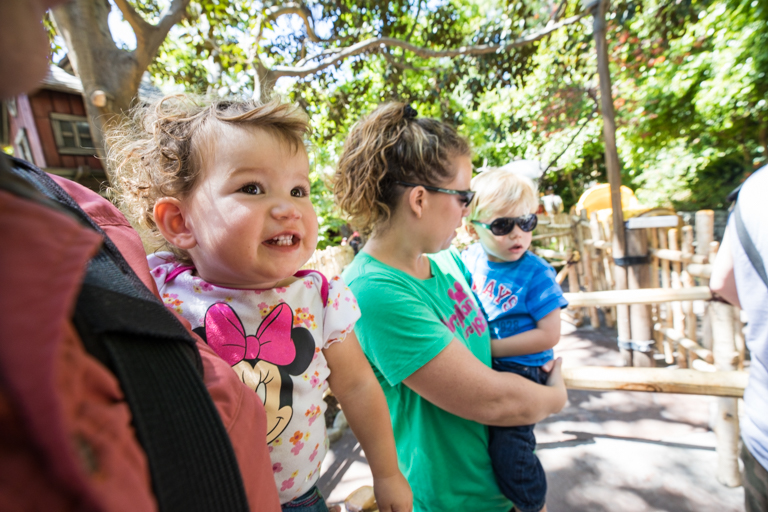 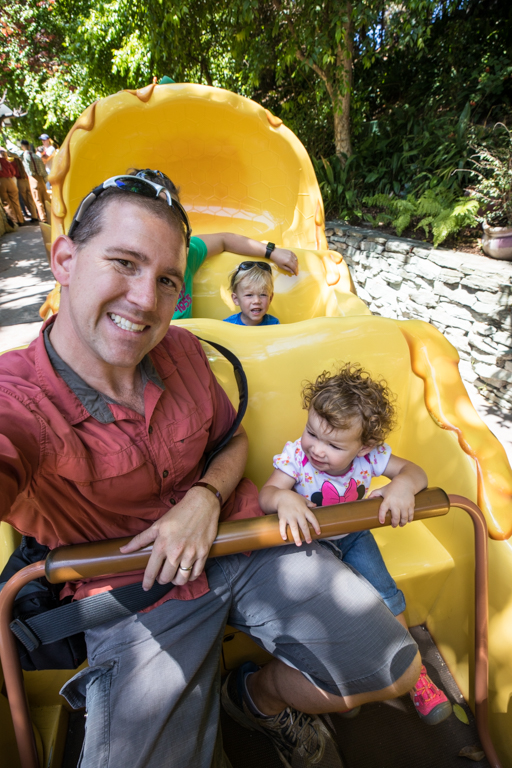 I told her to tell me when she saw Pooh. 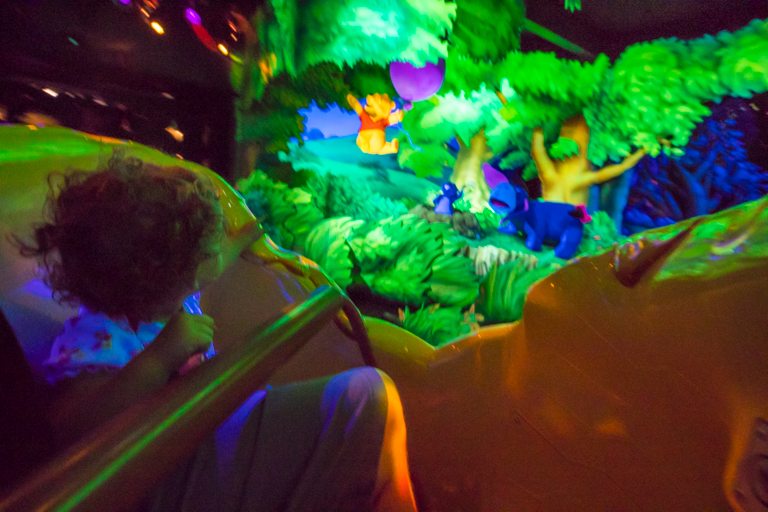 Before we leave, we have to visit with the Easter Bunny. I'd heard the lines were long to get to him most of the day. We happened to wander by when there weren't any characters out. I asked a cast member when the Easter Bunny would be coming out, he looked at his watch and said "Any minute."
The five of us wandered to the flagpole and were 3rd in line to see him when he came out. 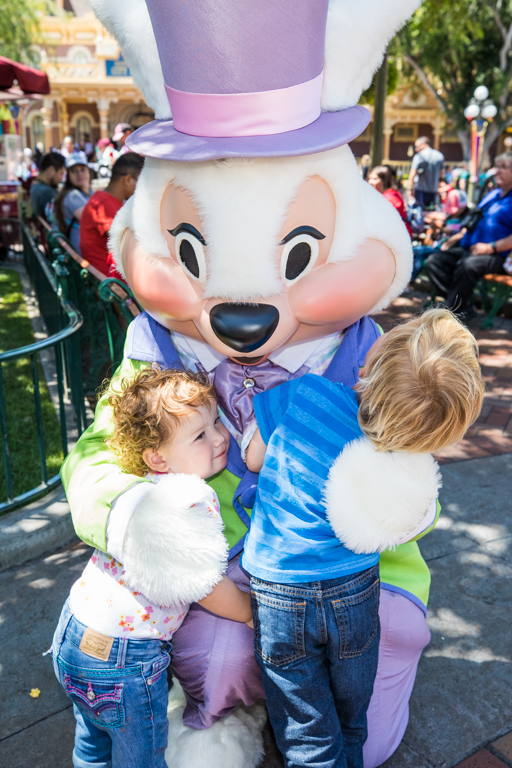 Big smiles from the kids. 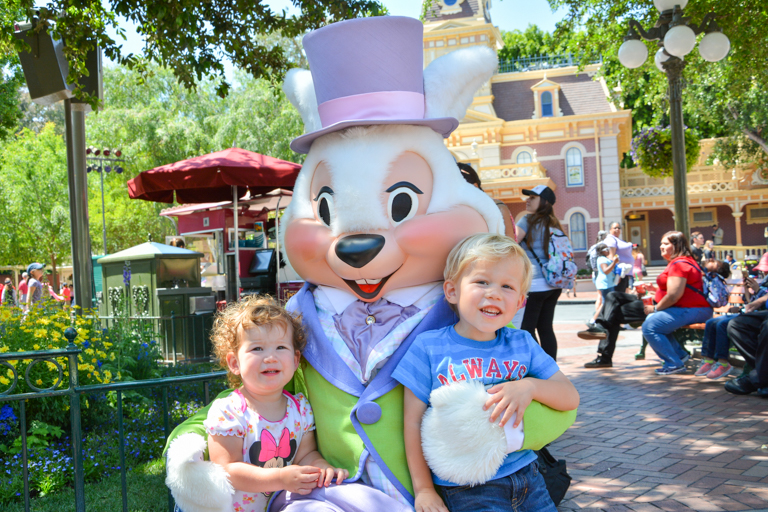 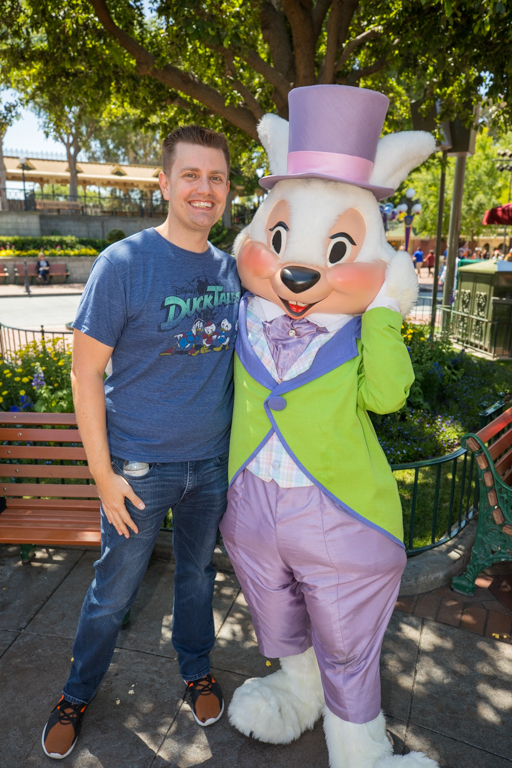 A kiss on the nose from Alli. 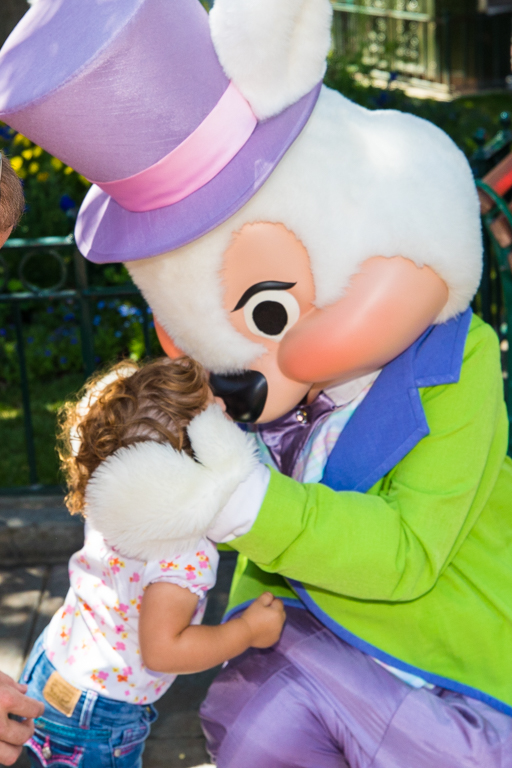 Waving bye-bye to the Easter Bunny. 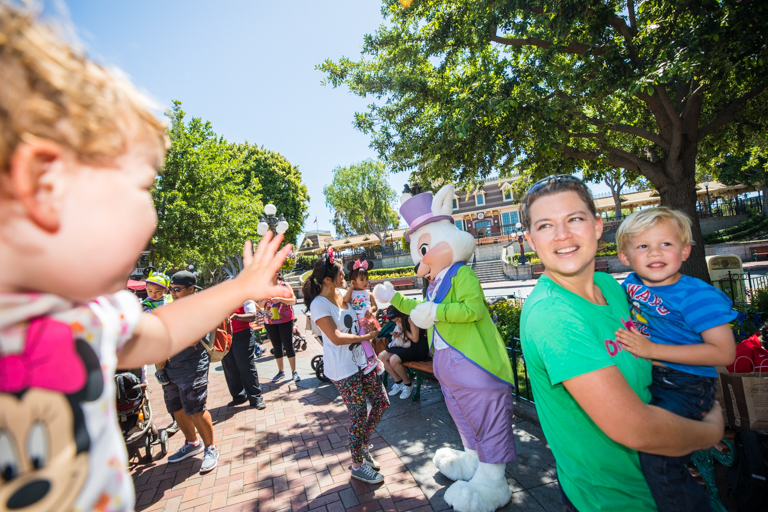