Today is our last day in Hawaii. It's sad. I know. But my friend Craig set up something very special for us.
The Disney Ambassador program has existed back at Disneyland since 1965. Walt Disney, being overwhelmed with requests for his time, appointed Julie Reihm as the first Disney Ambassador. The Ambassador is tasked with being the official spokesperson of all cast members and represents Disney everywhere. In the past, we've seen Disney Ambassadors every year at Minnie's Moonlit Madness introducing charities and presenting them with checks.
Aulani opened back in 2011 and in 2014, for the first time ever, an Ambassador was chosen to represent Disney at Aulani. That Ambassador was Janelle Sanqui. And Craig arranged it such that we'd get a private tour of the resort with her!

Leaving the room and heading over to the elevator down to the lobby. 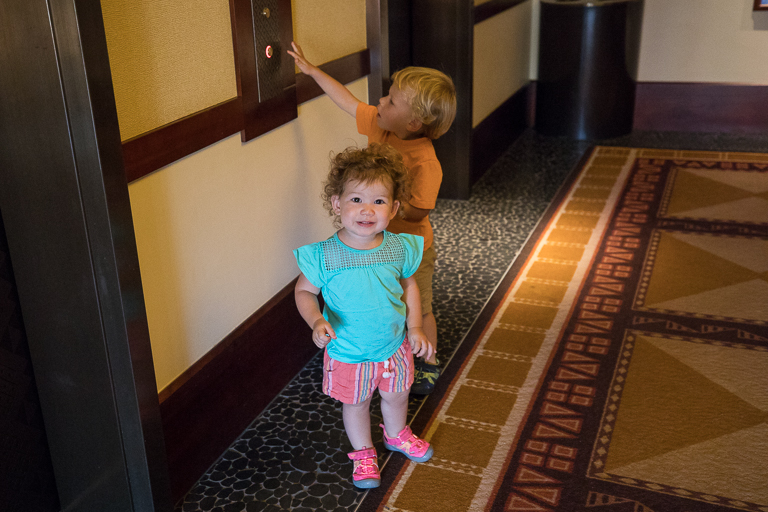 And there was Janelle! Waiting for us with a pair of Aulani Mickey ears! 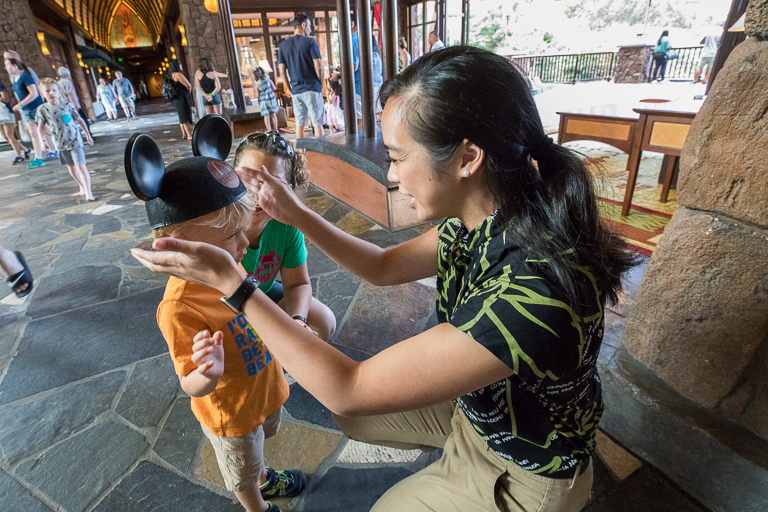 And an Aulani sticker. 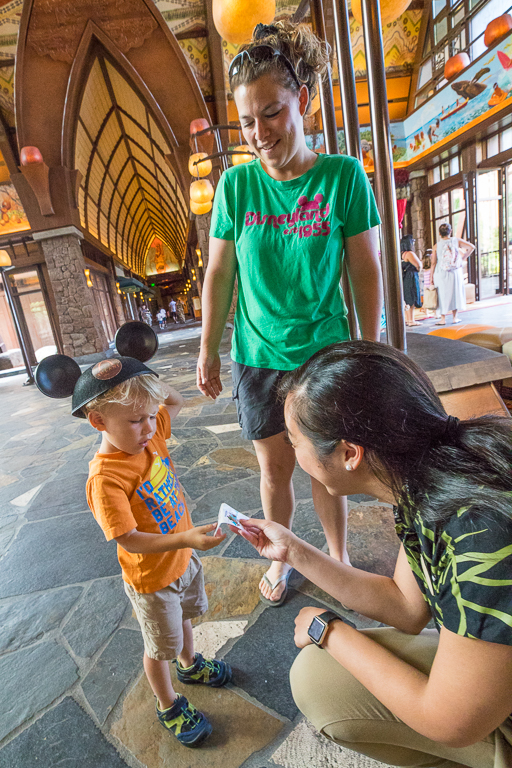 She told us about the murals in the lobby, how they showed the history of the Hawaiian people.

Looking at the lanterns around the lobby, you might just see a visitor hanging out in one. 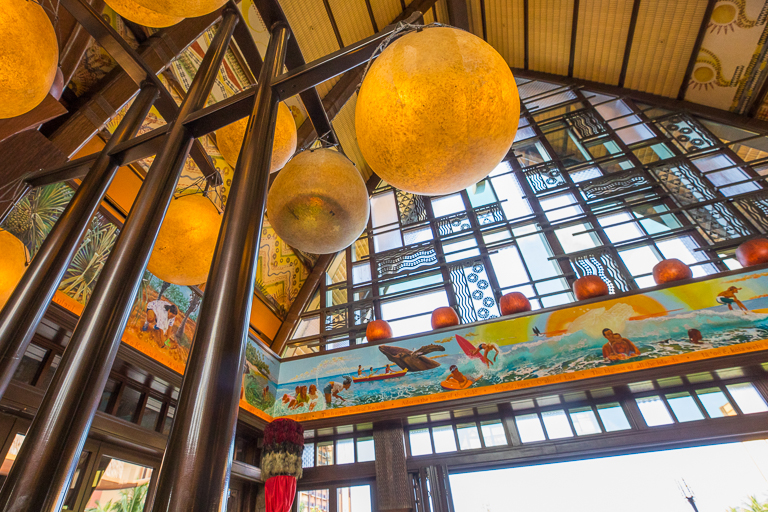 The compass at Aulani in the center of the main lobby. 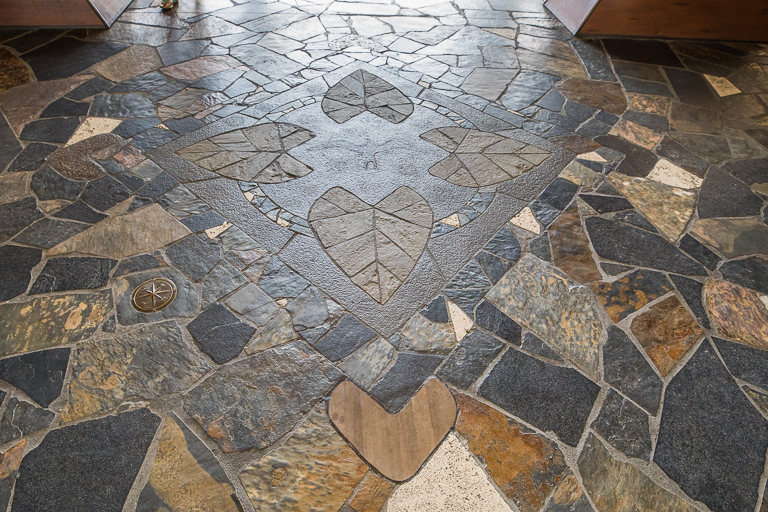 In the center is an 'Iwa bird, used as a navigational guide among the Hawaiian people. These great frigate birds are known for their extraordinary feats of endurance while flying. 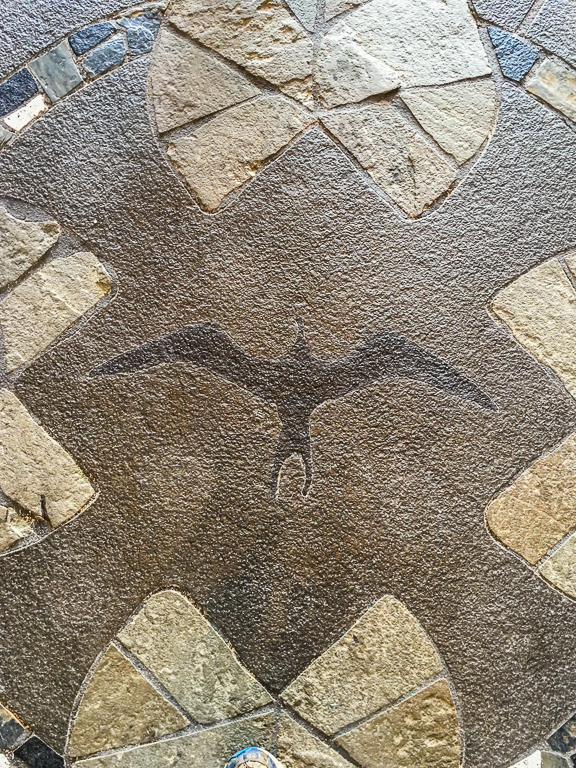 The compass doesn't actually point north, but instead represents the way people tell directions in Hawaii. The points of the compass all have special meaning. The inlaid stone at the top is made of coral and points to the Makai (the ocean). 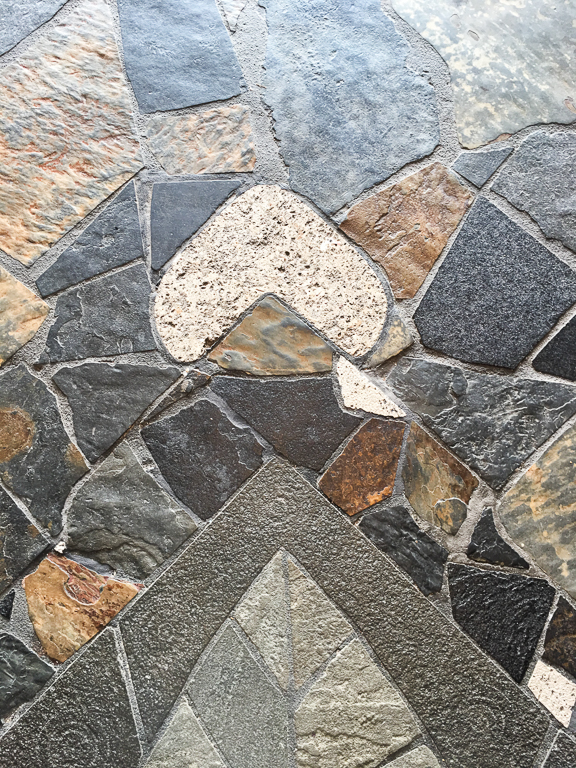 The bottom of the compass point to Mauka (inland) and is made of wood. 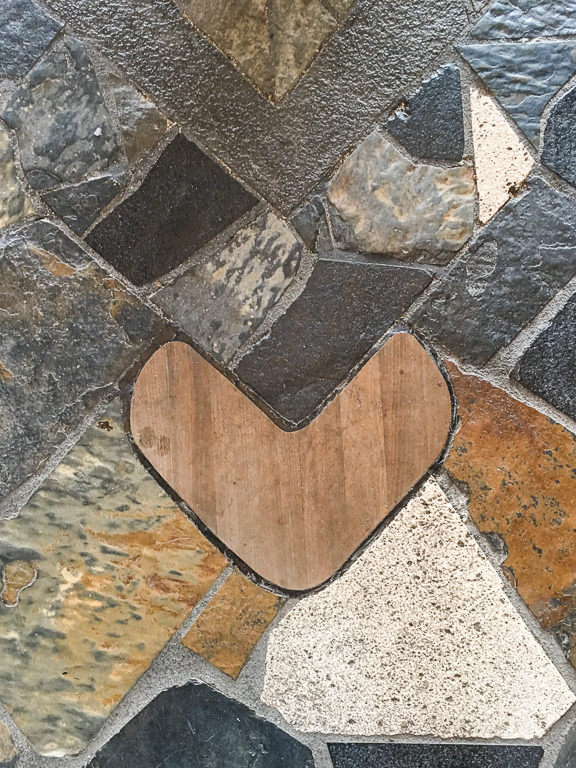 The two other stones are both made of lava rock, but even then there is a distinction. There are two basic kinds of lava rock, Pahoehoe and 'Aa. The Pahoehoe is smooth in texture, representing the feminine, and points to 'Ewa. 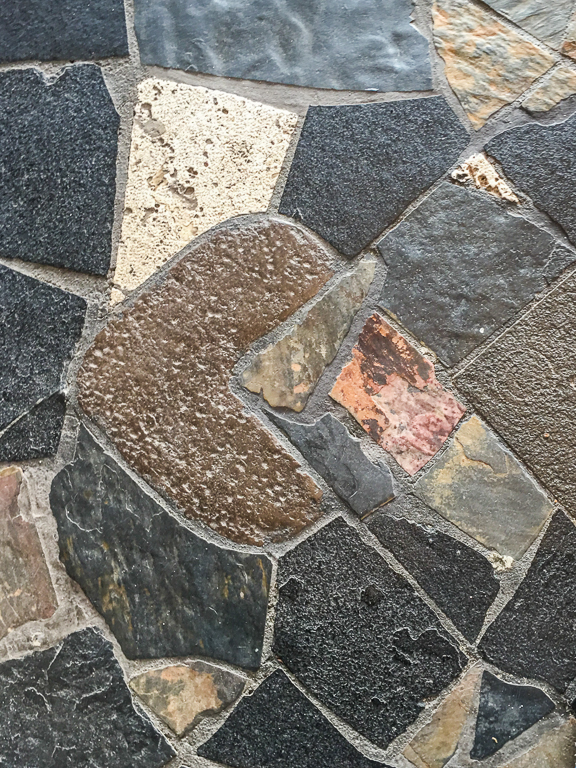 The other lava is 'Aa and is rougher in texture, pointing to Waianae, and represents the masculine. 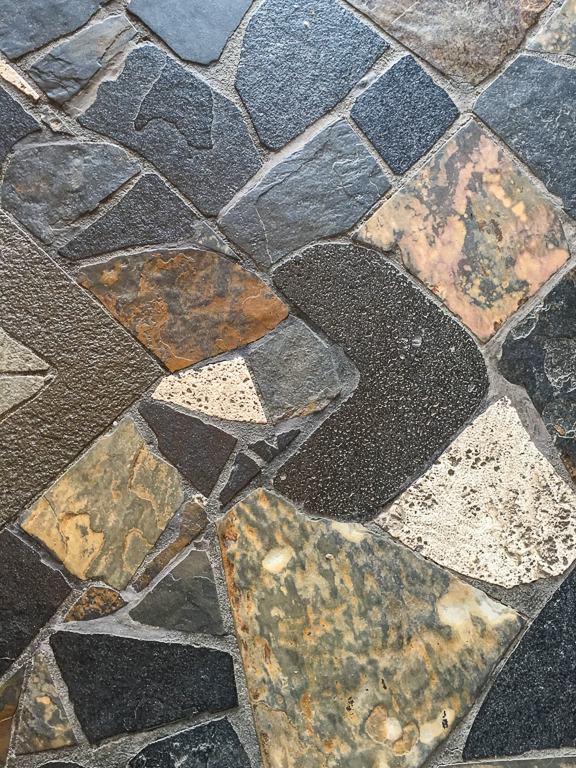 While making small-talk Janelle asked the kids what their favorite ride at Disneyland is. Back in 2017 they were a little younger and Walt's Enchanted Tiki Room was a regular stop for us. Janelle told us that she has something like a Tiki Room too! Off we went to the Hale Manu (which translates to Bird House) gift shop. 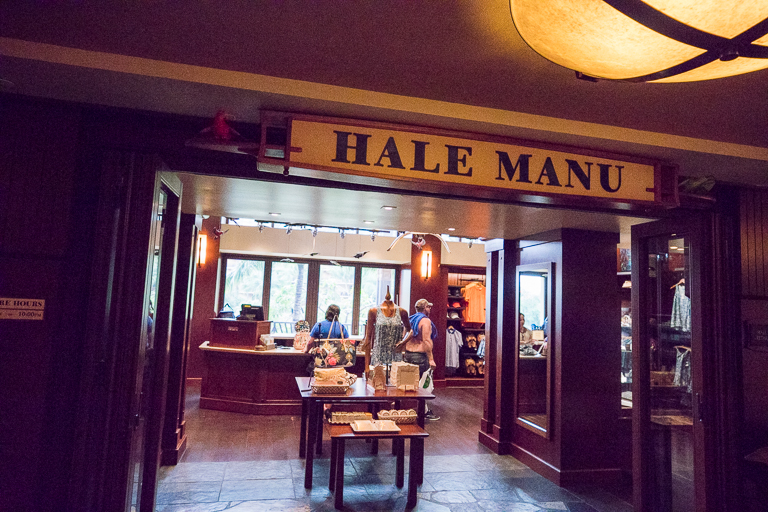 Wow, look at all the birds! 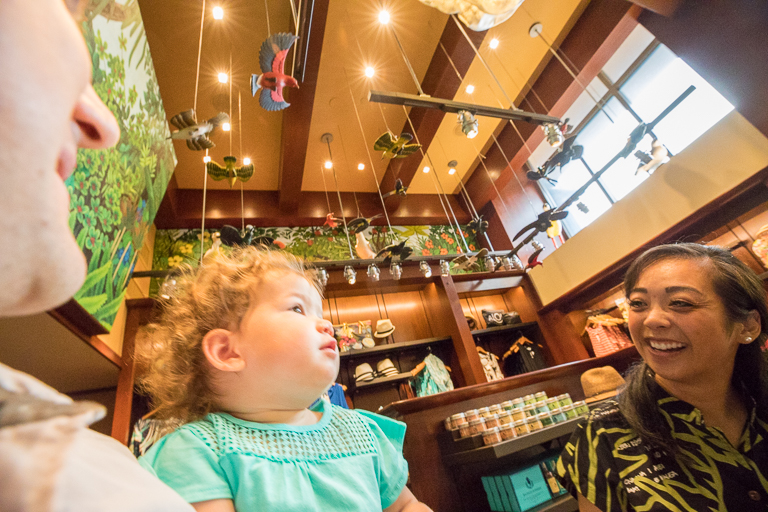 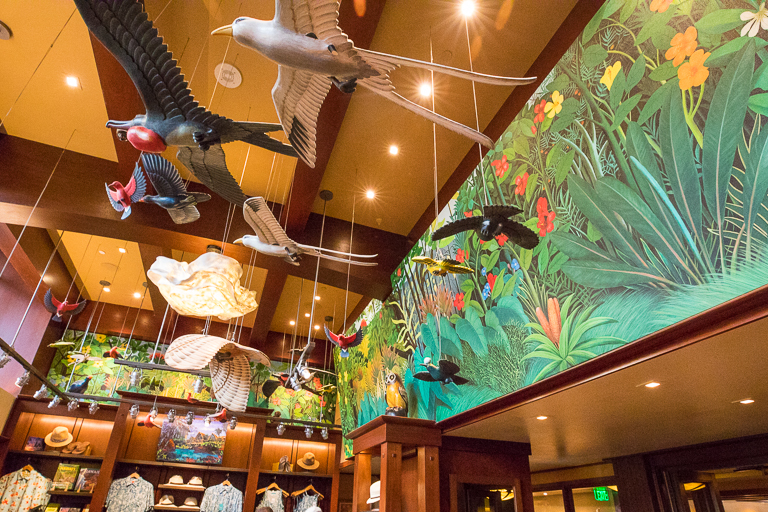 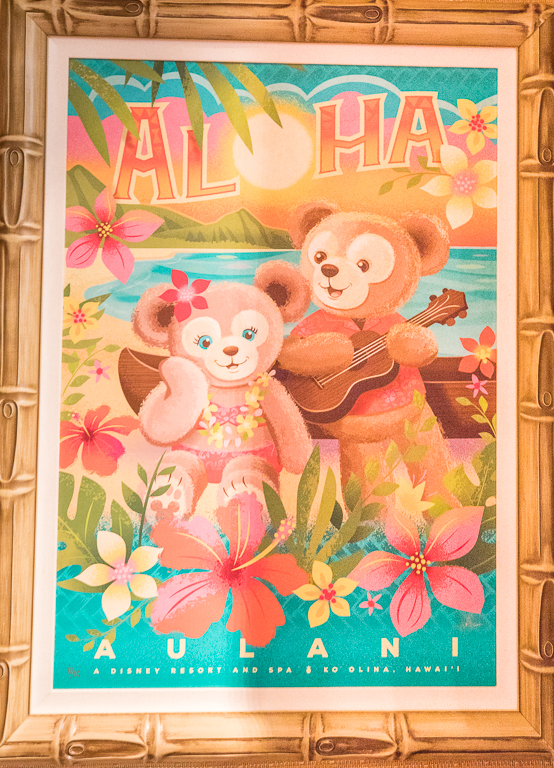 Our next stop was the Makahiki restaurant. We'd dined here yesterday, but I didn't notice the wall on the left side as we entered. 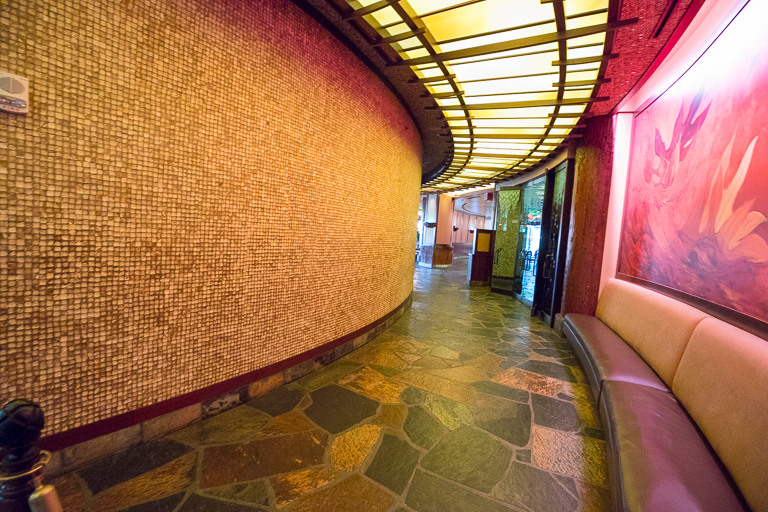 Turns out it's made from the inside of coconuts. 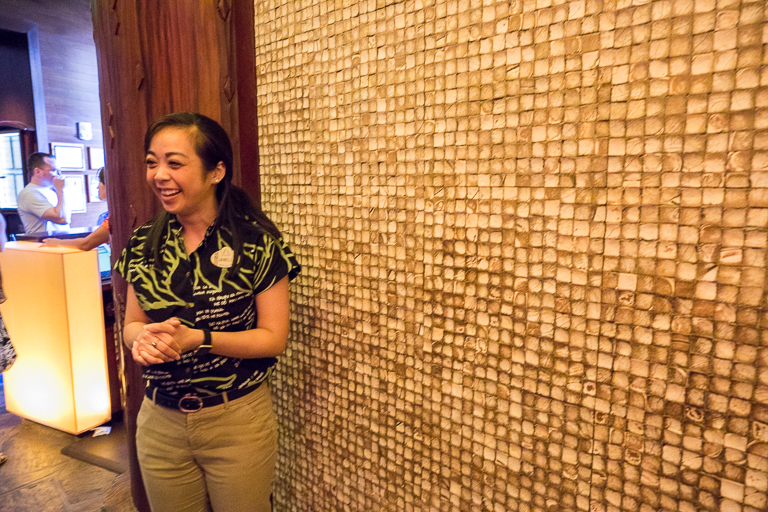 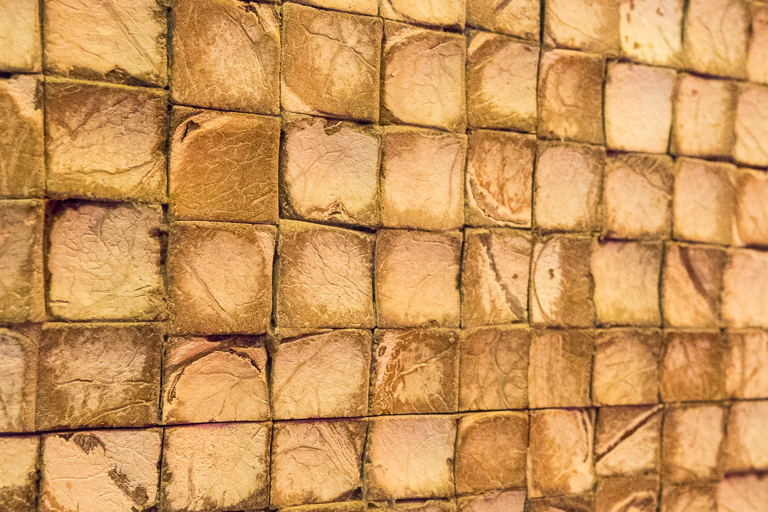 Outside Janelle started telling us about the grounds, but Ian was excited to show her all the things he saw yesterday. Like the turtles that come out of the water here. 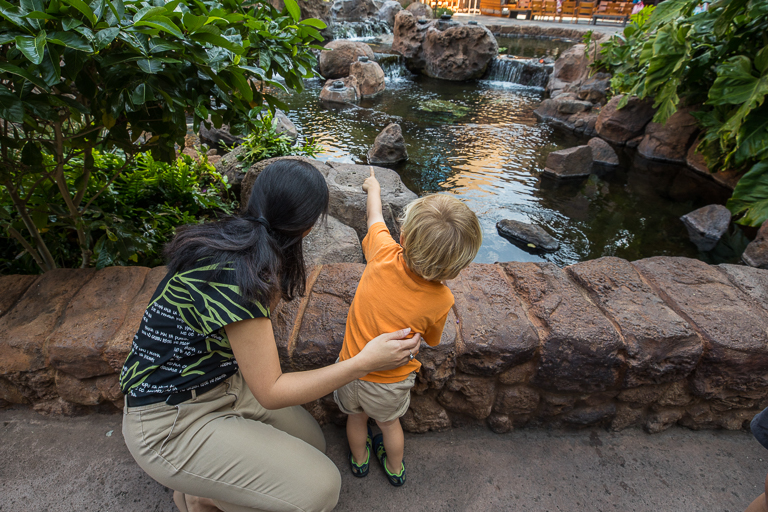 And the stone statue that moves. 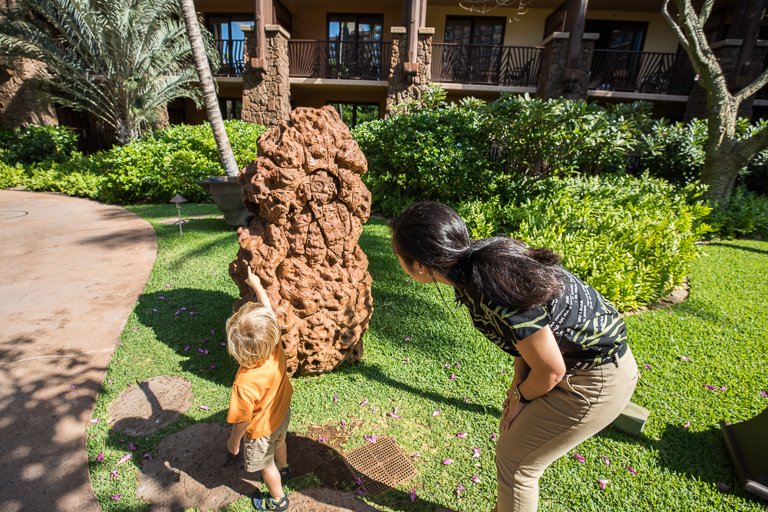 Who is leading this tour anyway? 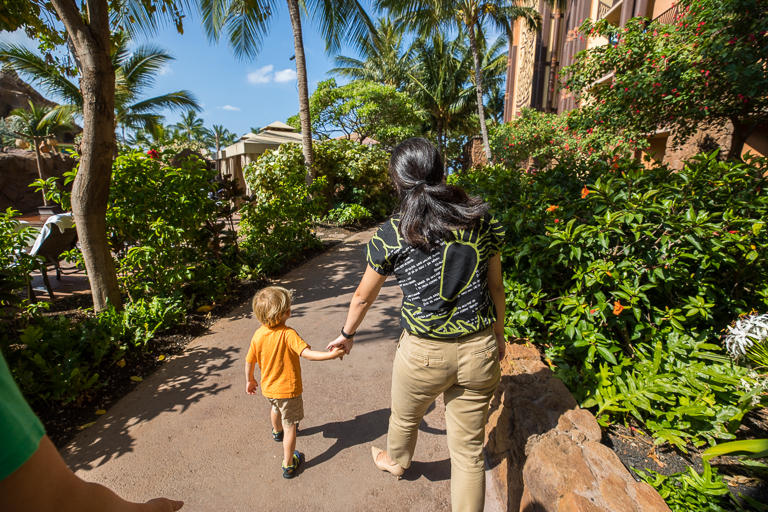 With all the attention to Ian, Alli was feeling left out and wanted a hug. 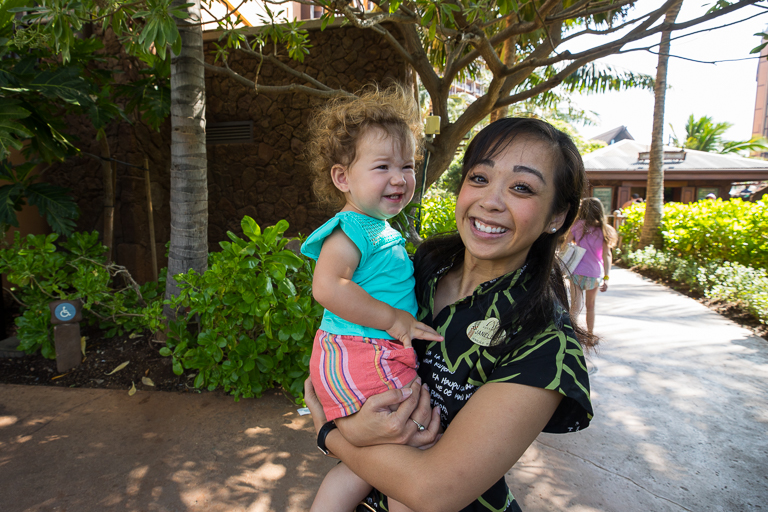 Janelle was telling us about all the Menehune around the resort, but her favorites are the ones that are really hidden. Who would think to look through the eye of this octopus? I would have expected to get squirted in the eye with water. 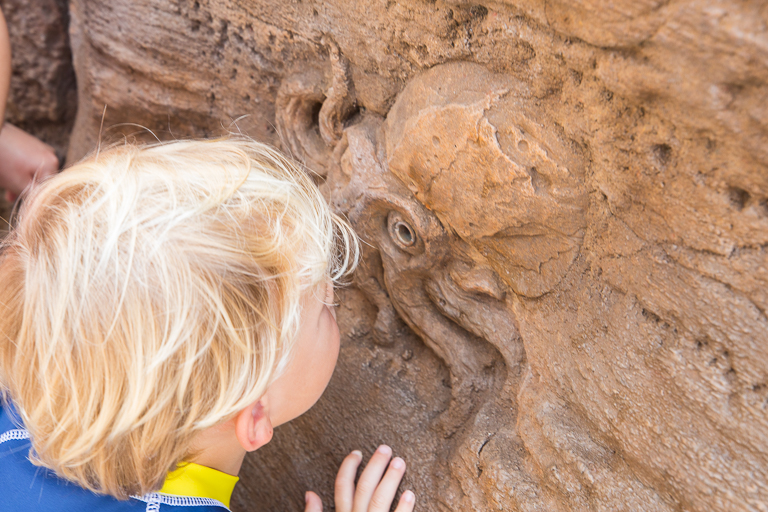 But nope, it's a Menehune riding a shark! 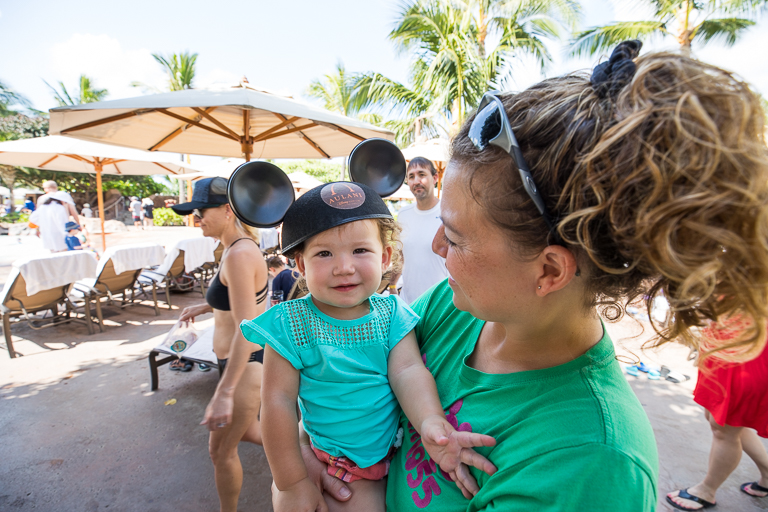 Practicing our hula next to a display of instruments. 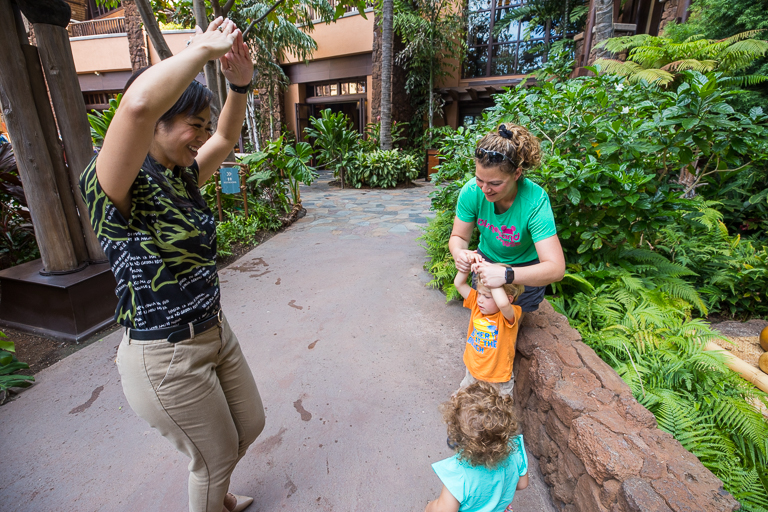 It was a great hour together and the time passed too quick. 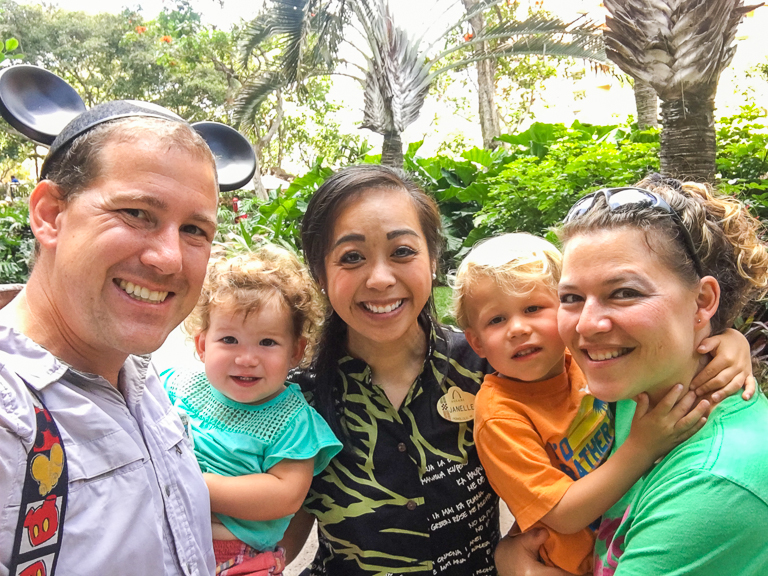 Thank you Janelle for spending part of your morning with us! 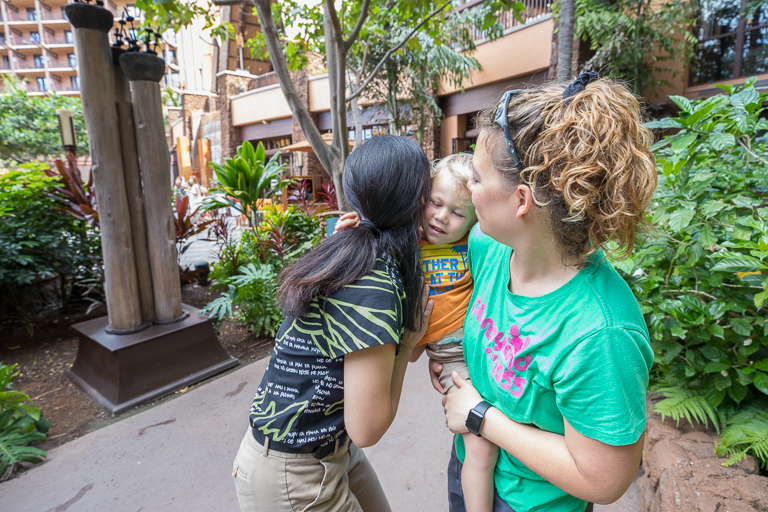 And thank you Craig for setting it all up. 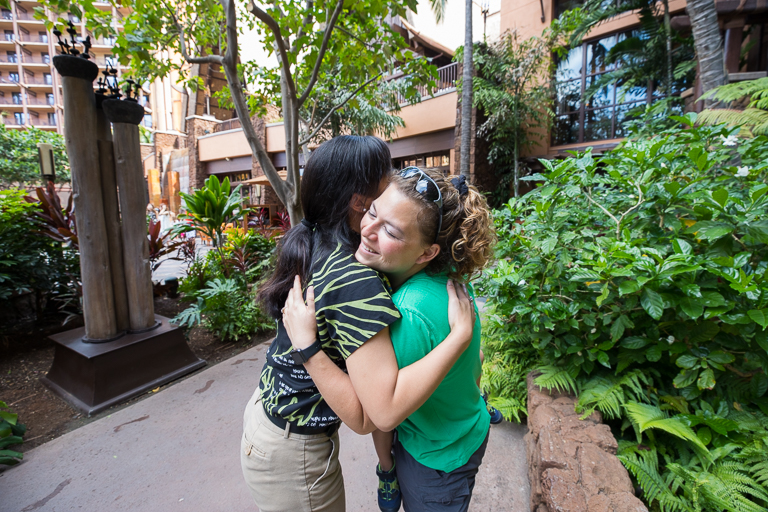