It used to be that the only place to get a delicious Dole Whip was at Disneyland or the Dole Pineapple Plantation. That has since changed and you can now get a Dole Whip in quite a few places. Still, we couldn't visit without getting one.

Alli, do you want a treat? 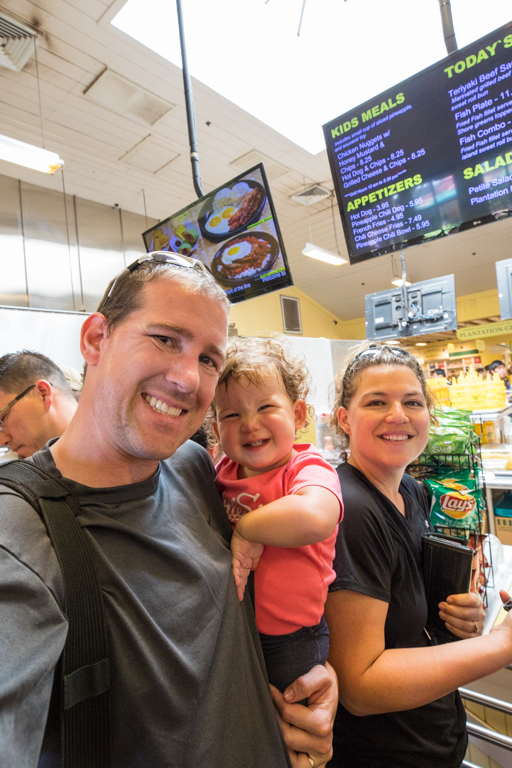 There were plenty of options for satisfying your Dole Whip craving. 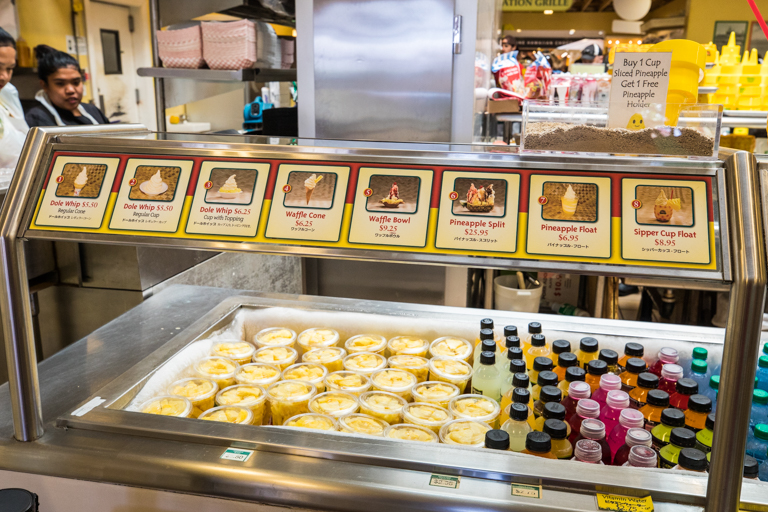 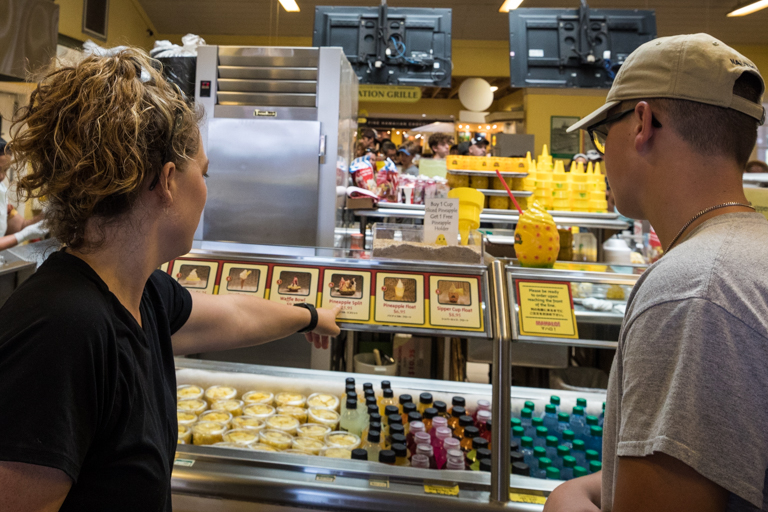 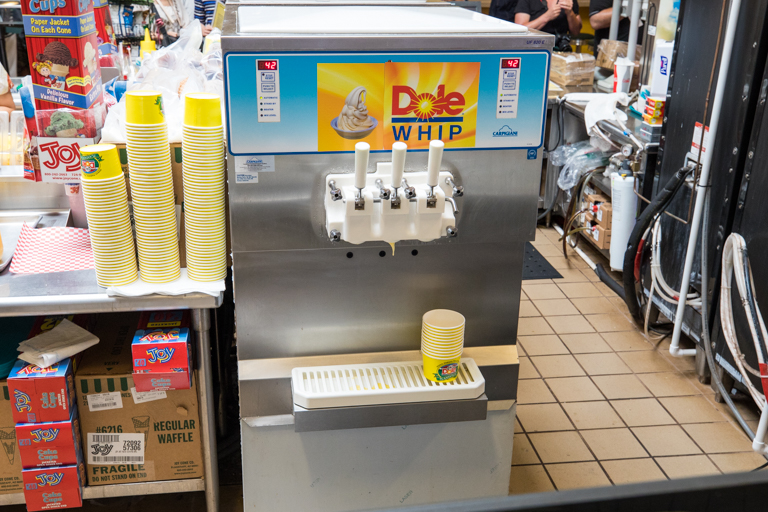 There it is! Two large Dole Whip cones. 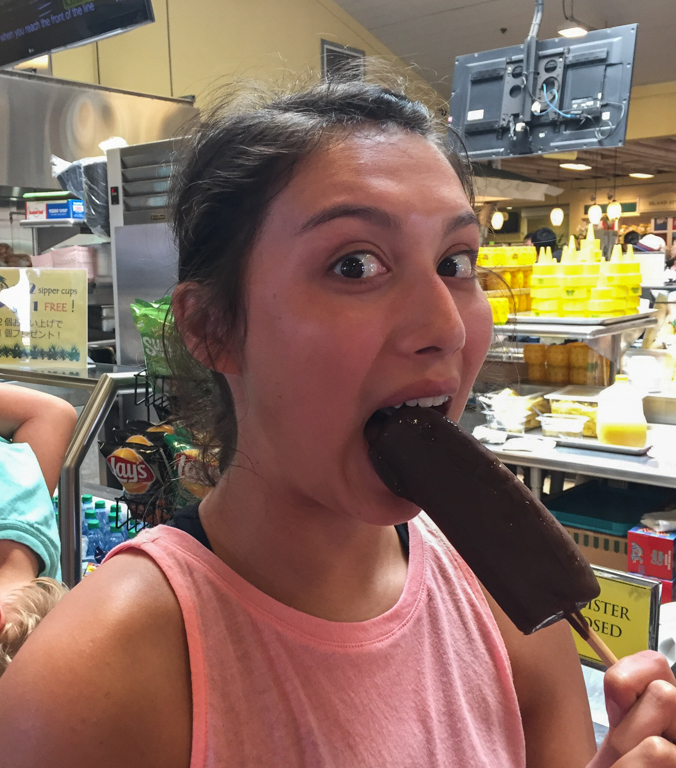 You can also get a Dole Whip with lots of pineapple topping. 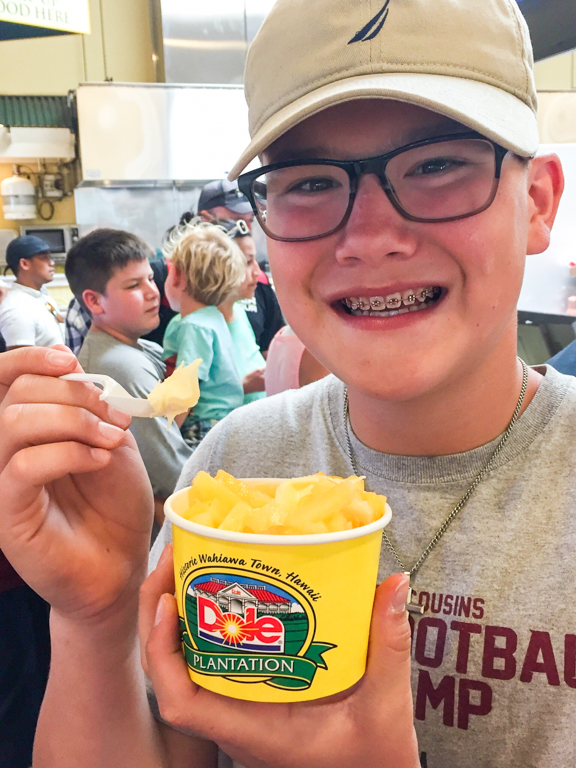 My parents enjoying their cone. 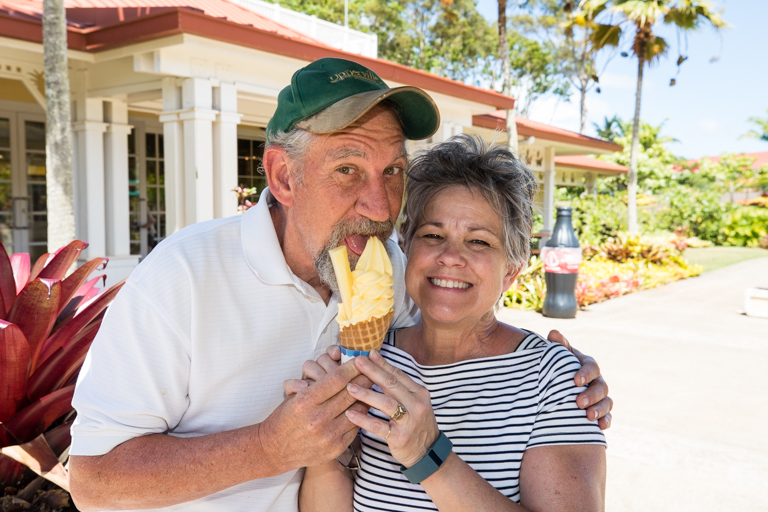 T's parents sharing some of theirs with Alli. 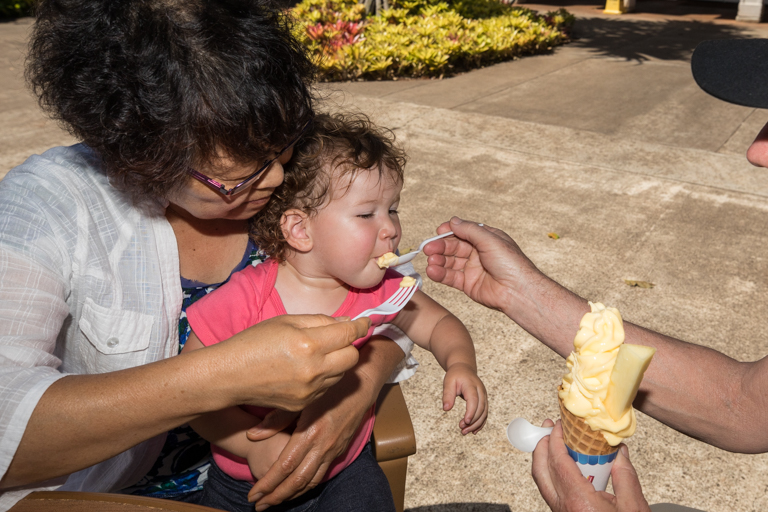 Everyone else has received their treats. I was wondering when mine was going to come out. Our server has been gone for quite a few minutes. She came around the corner carrying this massive Dole Whip split. It's enormous! 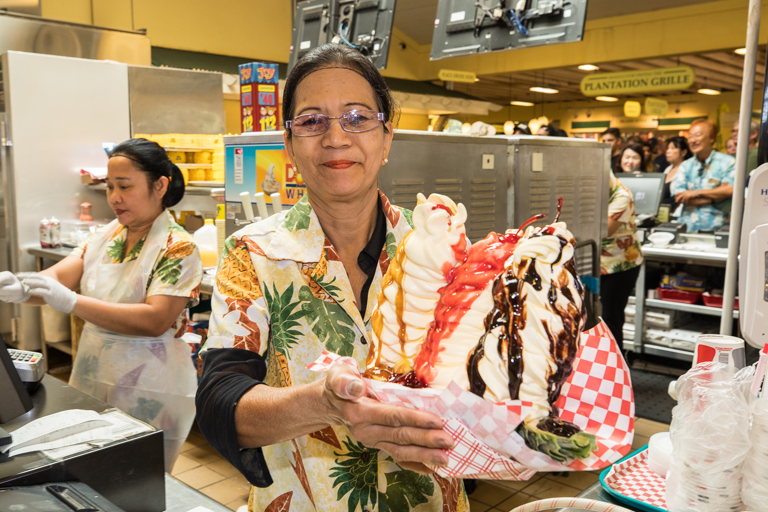 Oh man. The smile was plastered on my face. Walking out with this thing, there were lots of people staring and pointing. 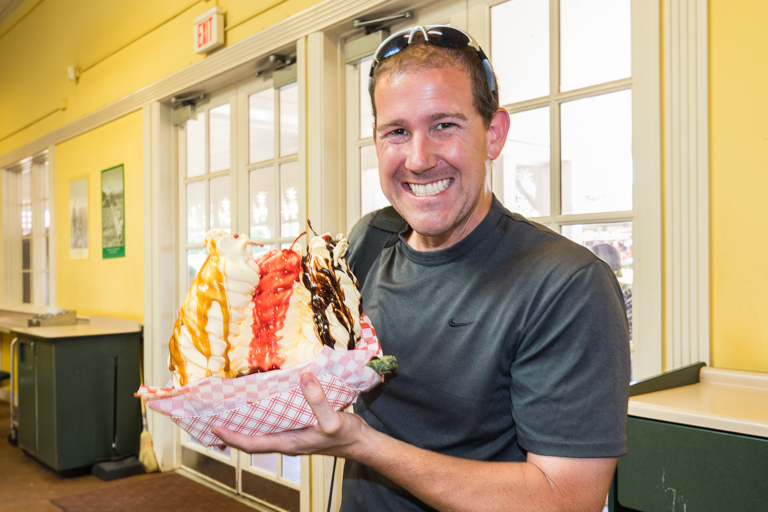 This thing is solid. It wasn't hollow in the center like the desserts at Disneyland. Served in a split pineapple and topped with chocolate, strawberry and caramel, and each tower of Dole Whip was topped with a cherry. I'm going to finish this thing! 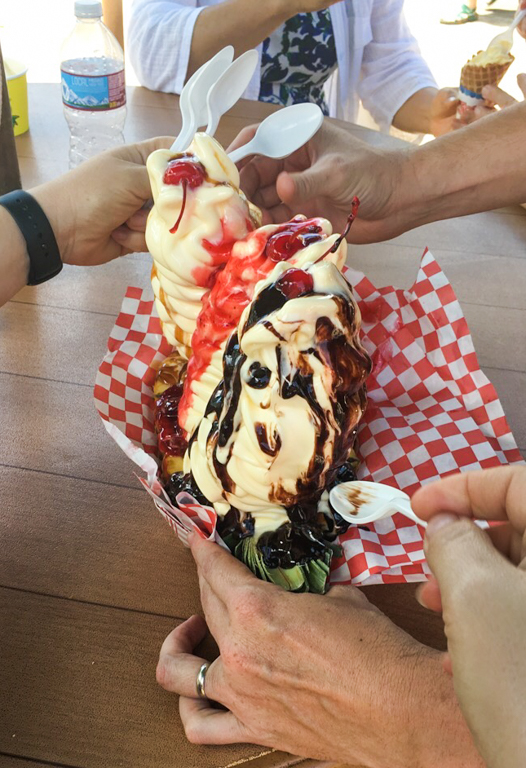 I'm not going to lie. Being so large, a few people felt that I wouldn't mind sharing. Still, the vast majority of it was finished by me. A surprise on the bottom were quite a few large pineapple chunks.
Towards the end, you just have to get mad at it and start eating bite after bite. 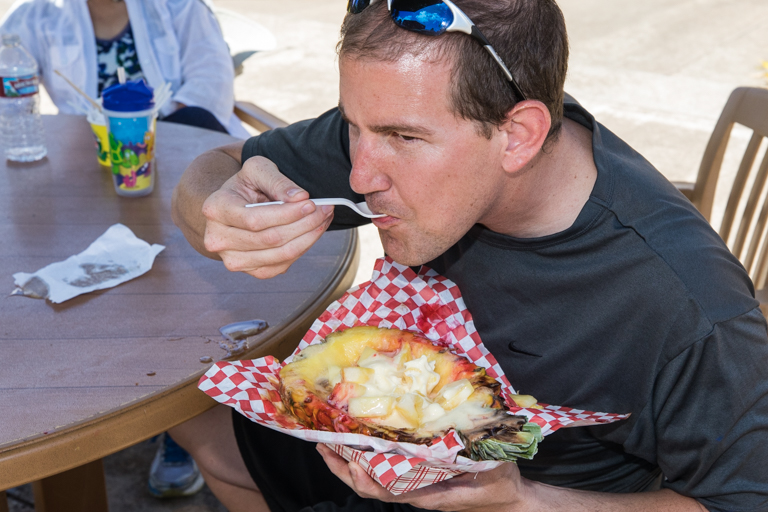 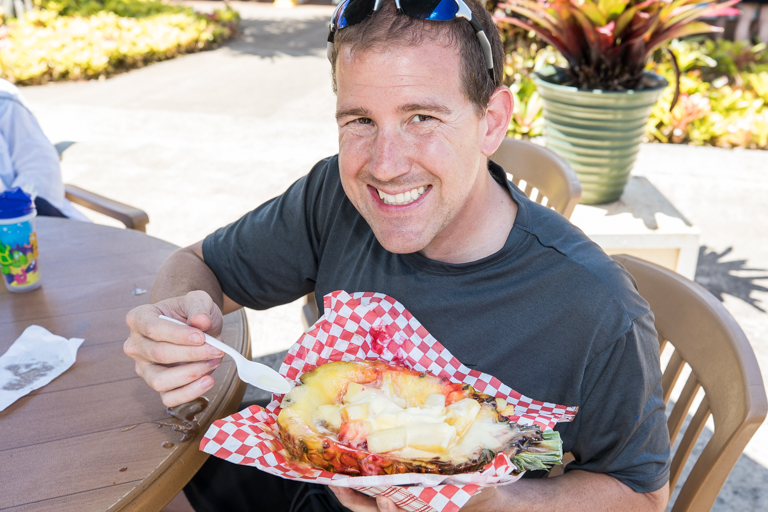 Success! All done!
Would I do it again? Absolutely! 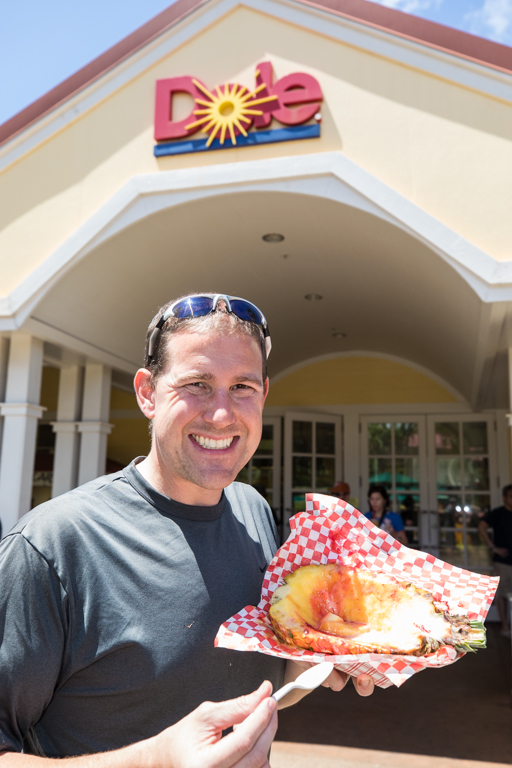 Along with the grille, there's plenty of other souvenirs offered here. 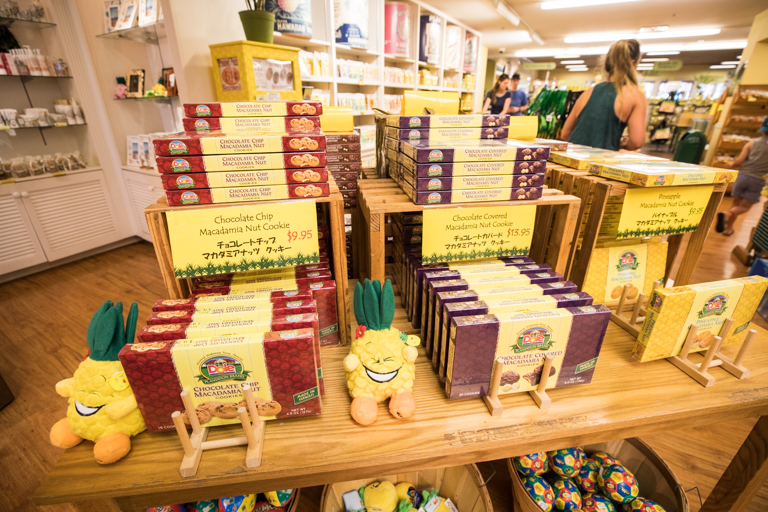 Ian's new favorite souvenir has become pressed pennies. And he was quick to find the machine here. 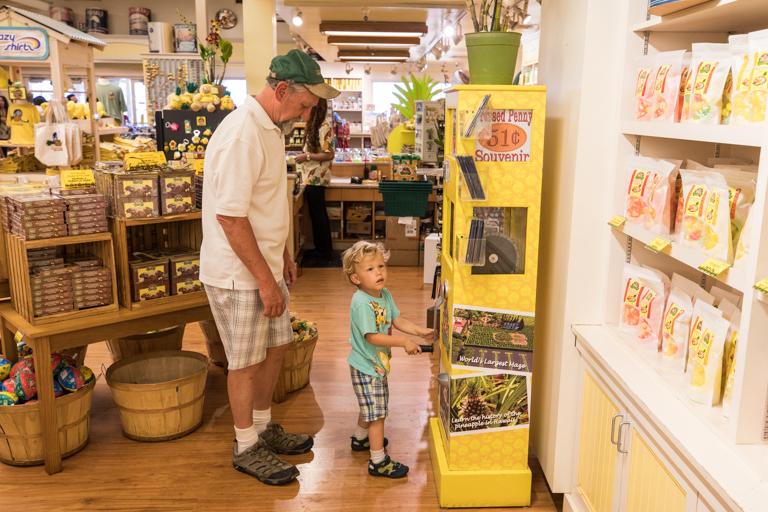 Time to use our tickets for the Plantation Garden.
Plantation Garden Tour - This self-guided walking tour will give you an up-close look at hundreds of plants, flowers and trees, including many native species and crops being grown on the North Shore of Oahu. 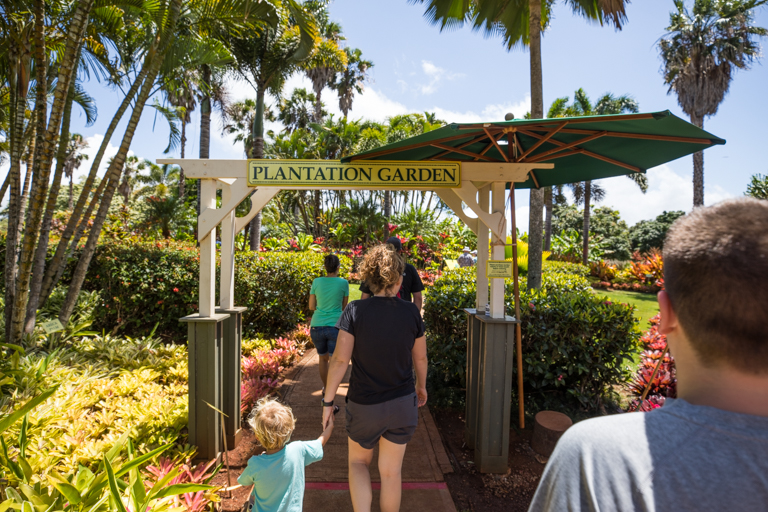 Inside we'd find lots of plants, including some fruiting trees. Theresa is pointing out some bananas to Ian. 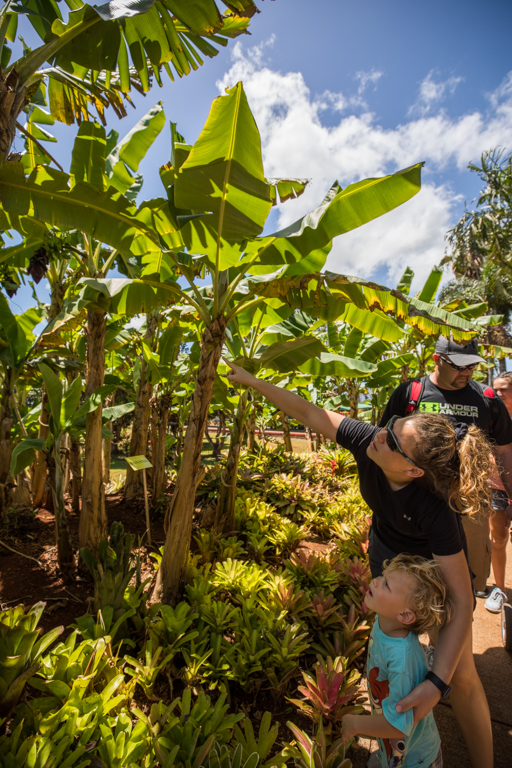 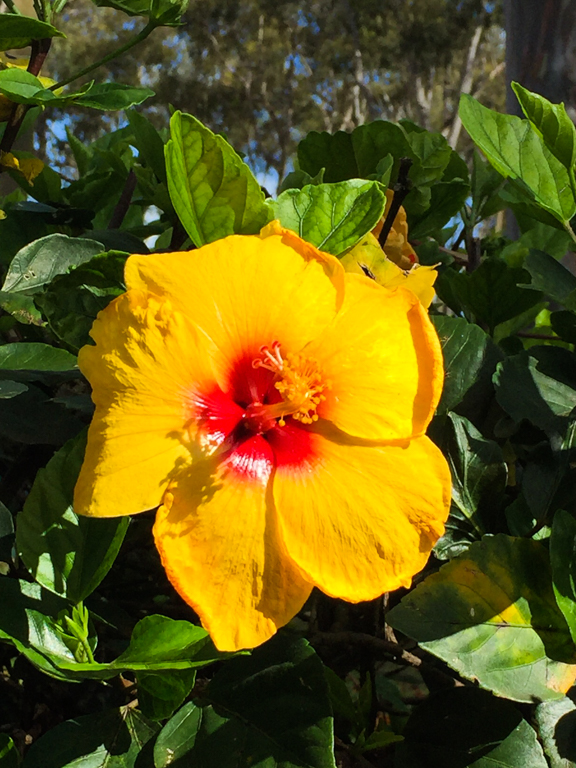 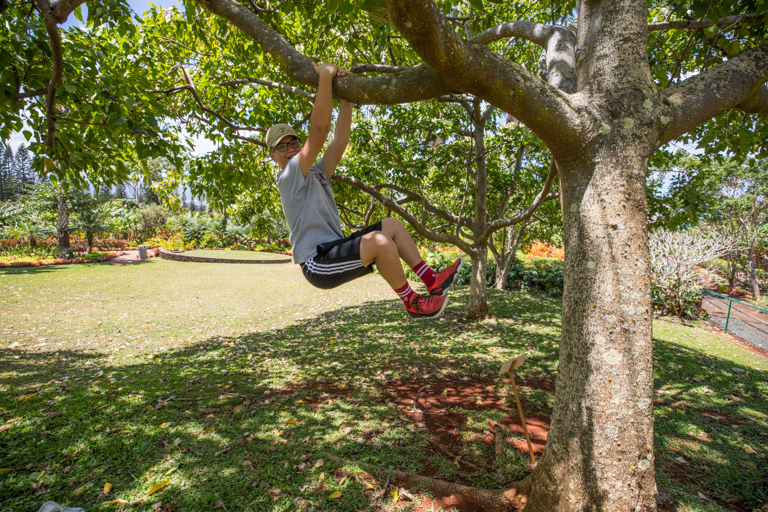 There's some pretty views in here. 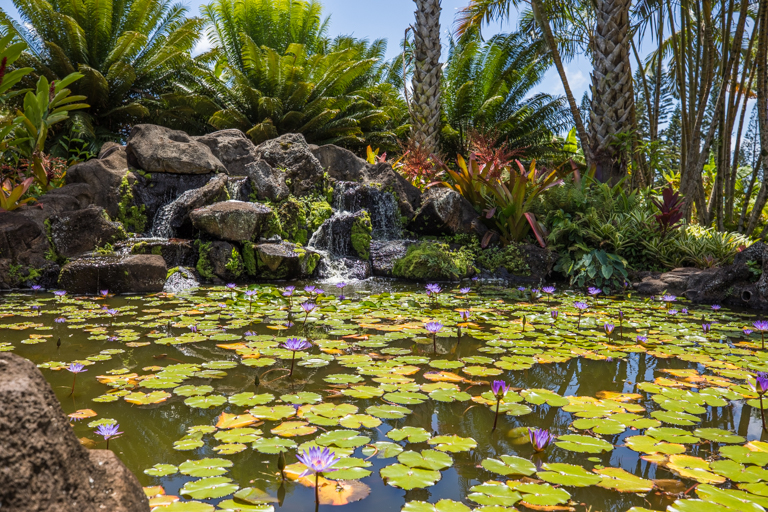 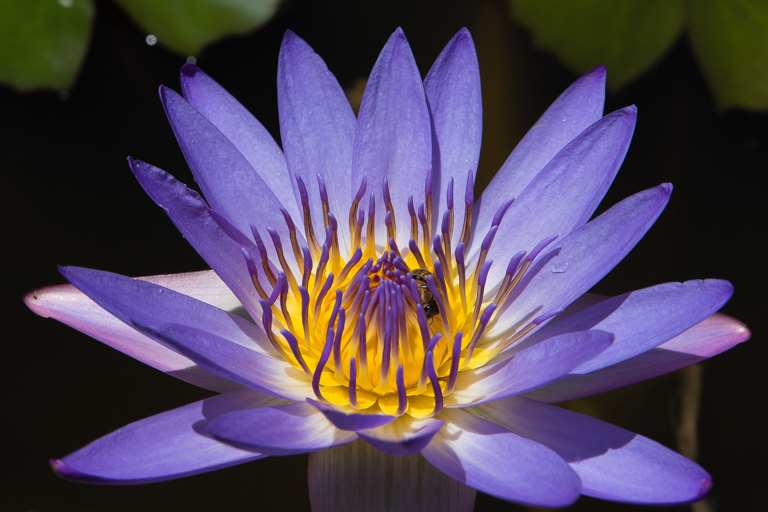 A few good places to take some family photos. 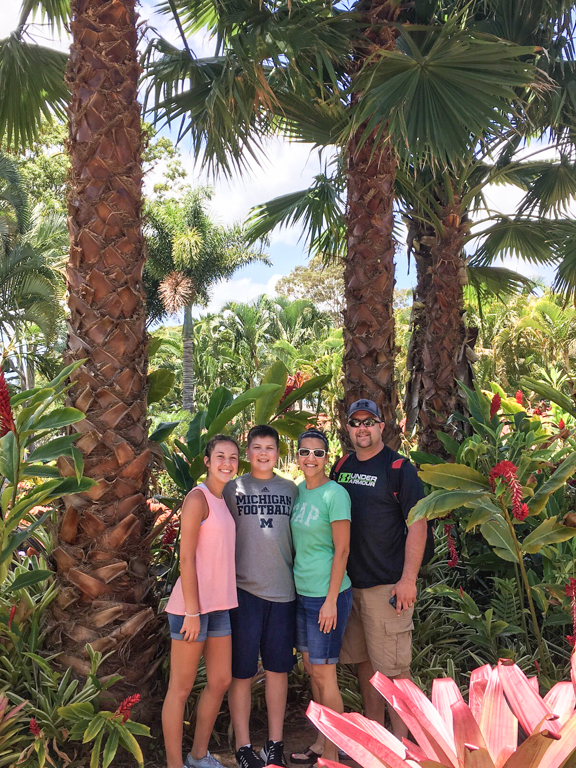 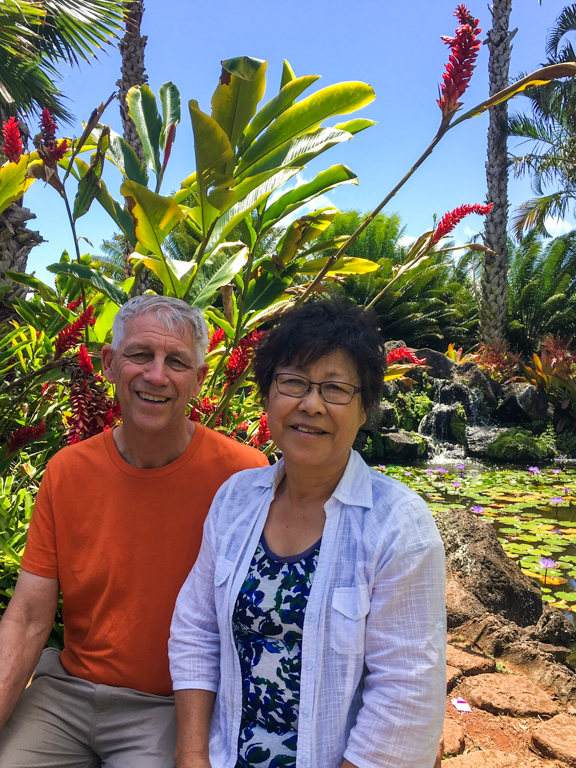 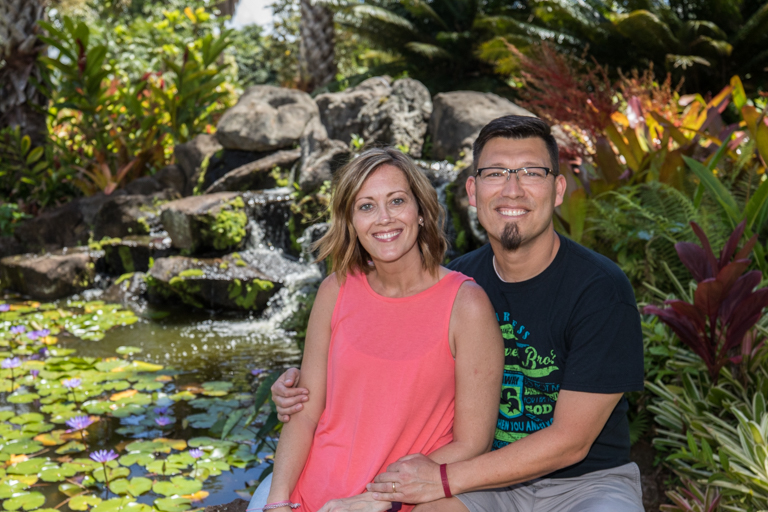 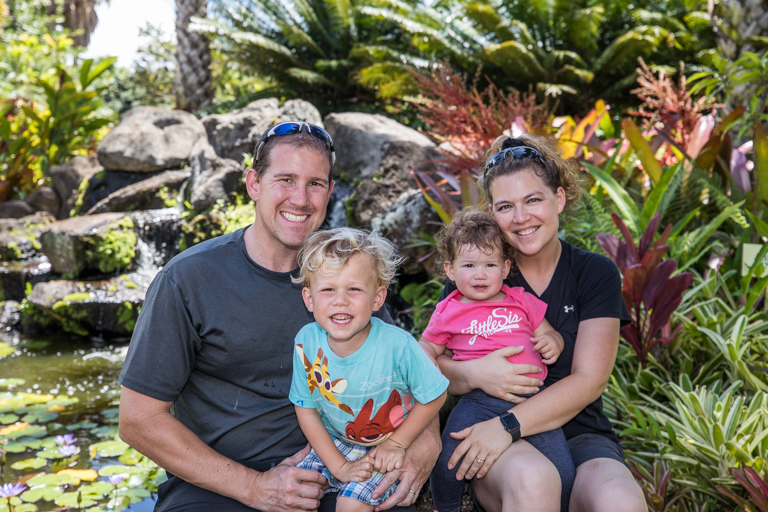 It's been a good morning, but we've got to grab some lunch and then it's time for our next event.
Posted by Joe at 9:00 PM