We're nearing the end of our Hawaii trip. Just a day and a half left before we have to head home. We've tried to keep a pretty slow schedule during our visit here, but there's one more big outing left for us.
Today we're going to see the nearby Allerton Garden, a local botanical garden. Tickets are $45 per person, but you can save 15% if you buy them online 24 hours in advance. When we woke up and looked outside this morning though, it was pouring rain. So much so that a small lake had formed on our patio. Maybe booking 24 hours in advance wasn't such a good idea... Our next day in Hawaii was again all about relaxing. Instead of staying at the hotel salt water lagoon, we drove down the road to Poipu Beach State Park. 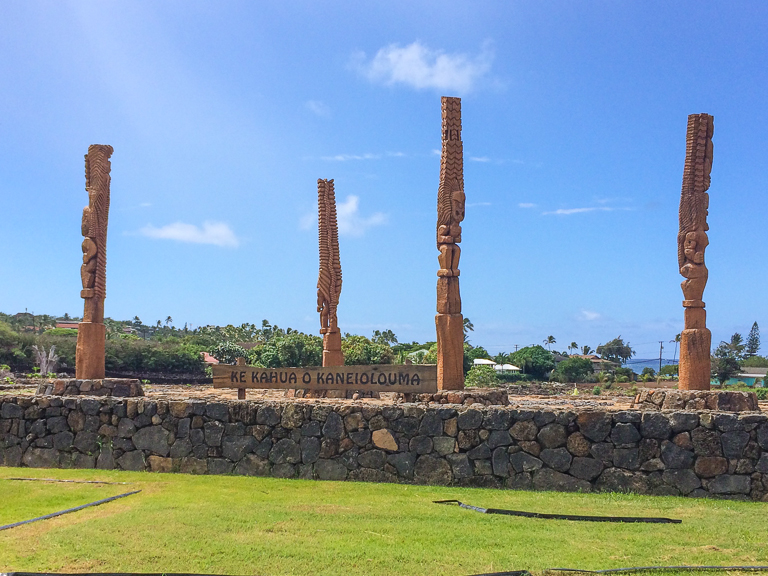 We're continuing our visit at the Kauai Plantation Railway. After lunch, it was time to explore the orchards.
We crossed the train tracks, trekked through a field and arrived at the orchards. 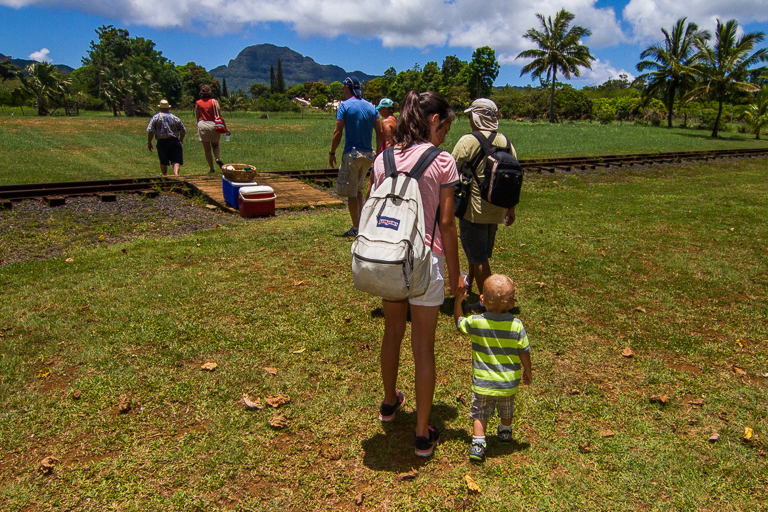 We've had a few days of relaxing on this vacation. It's time to get out and do something!
On the way to the car, we made sure to feed the swans our leftover coconut cake. They were certainly happy to receive it. 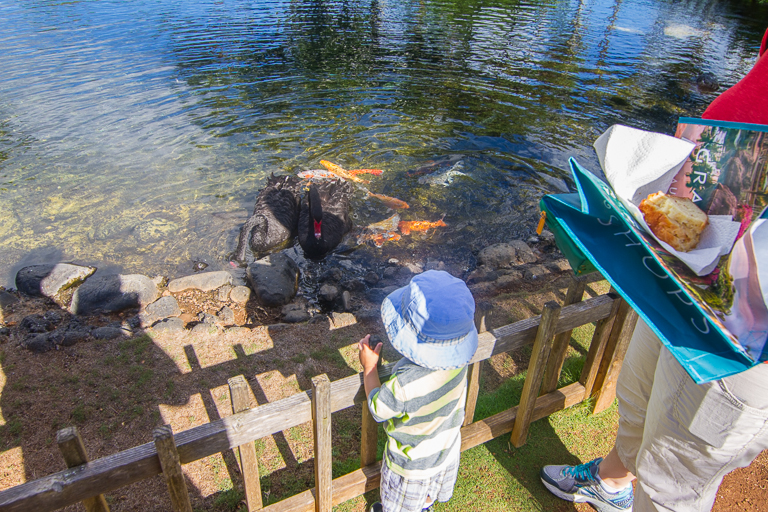 It's day 2 in Hawaii. Food options certain do open up when we have the right tools.
For breakfast we made burritos stuffed with potatoes, bacon, eggs, cheese, and salsa. Add some pineapple and bagels and we're dining like kings. 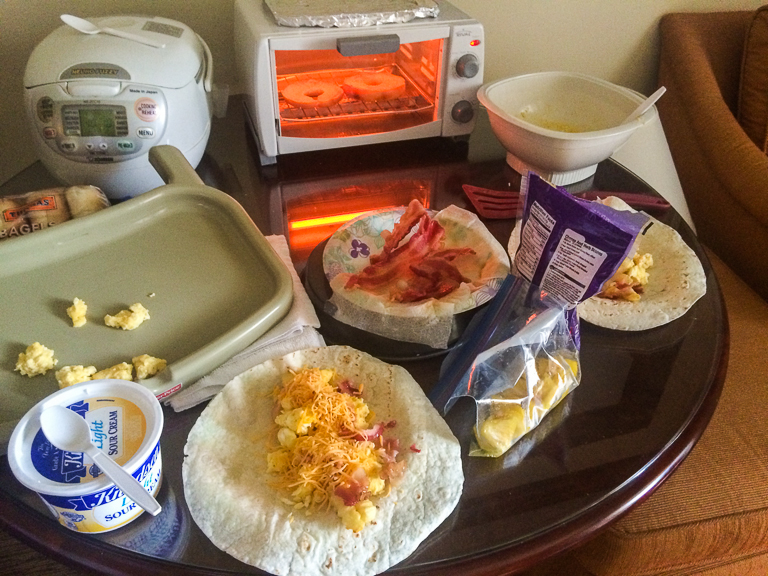 Ian, where are we going on vacation?

It's the July 4th weekend and we're heading up to Napa to see my brother and his family. Let's fly! 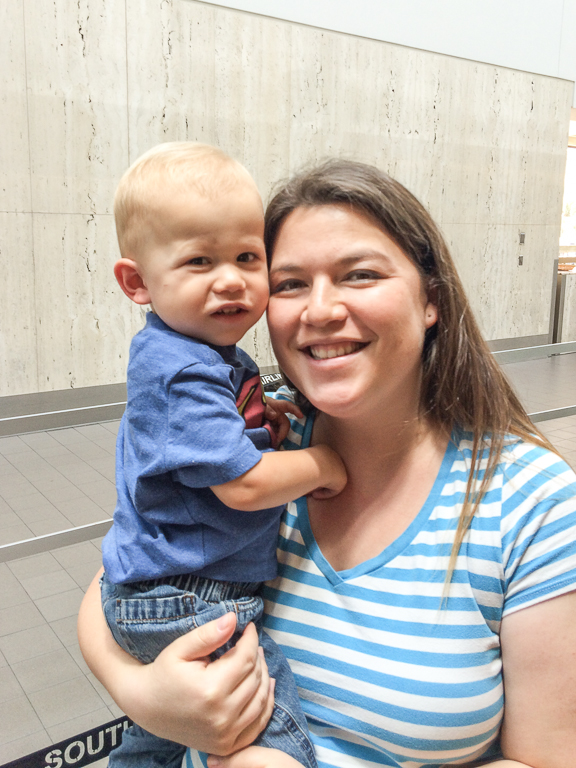 Time-lapse of our Chalk Festival mural

I set up the GoPro to automatically take a picture every 60 seconds.
I clipped the GoPro onto the large sun umbrella, so I apologize in advance for all camera angle changes when people bumped it. Next time I'll use a tripod.
Enjoy! 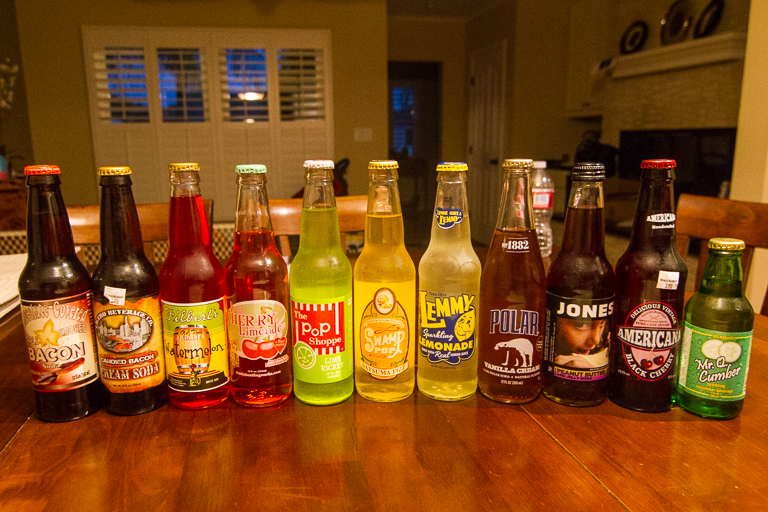 Every artist was asked to provide a 1'x1' painted canvas for the Light Bringer Project to auction off. Saturday was a busy day for it, but with the auction ending on Sunday at 6pm, most of the bidding happened then.
Because there was only so much space on the tables, and not enough space for all 200 canvases, the organizers took the paintings that had received a bid on Saturday and placed them on the outer tables where they'd get the most traffic. Canvases that didn't get any bids were placed together in a box that people could go through if they wished, but were mostly unseen. 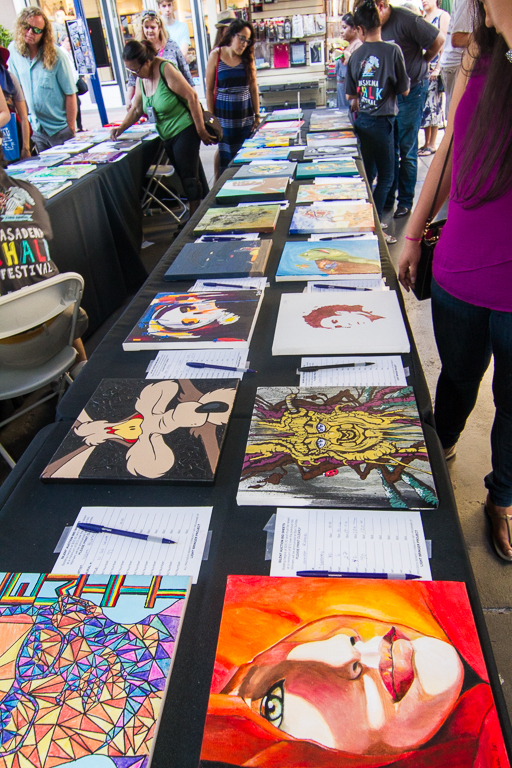 Luckily mine had received a bid on the first day and was on an outer table. Time is just about up, it's way past the minimum $35 bid and would ultimately be sold for $65! 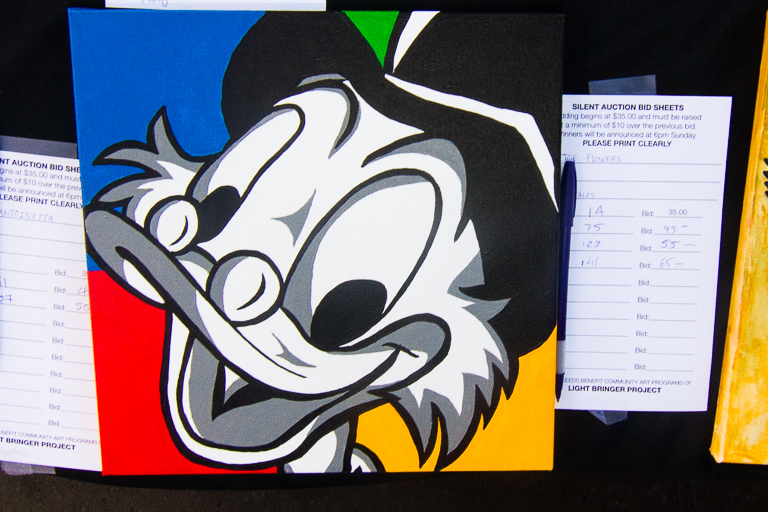 After Theresa, Ian, and Jacob left, Ruston and I had a job to do. Every team of artists are given a ballot and are asked to go around the festival and vote for the best in a variety of categories. 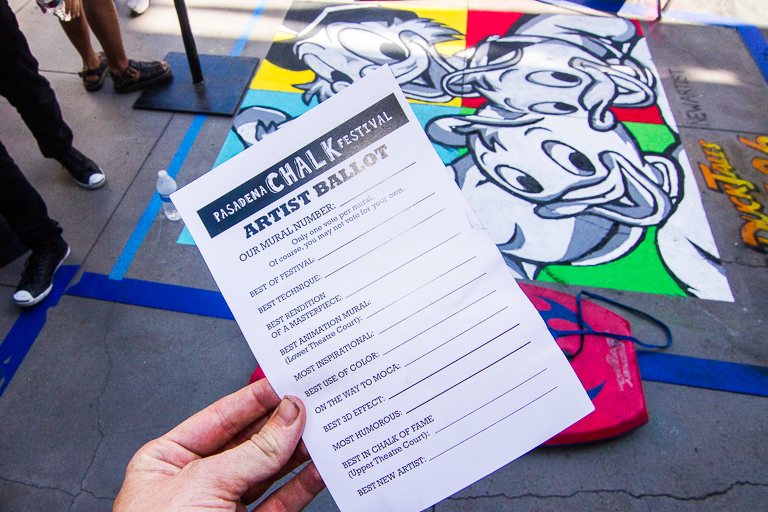