It's our second day exploring Paris with Ruston and Jacob. This morning we explored the Opera House and Notre Dame. Now it's time to see one of the best museums in the world! The Louvre! 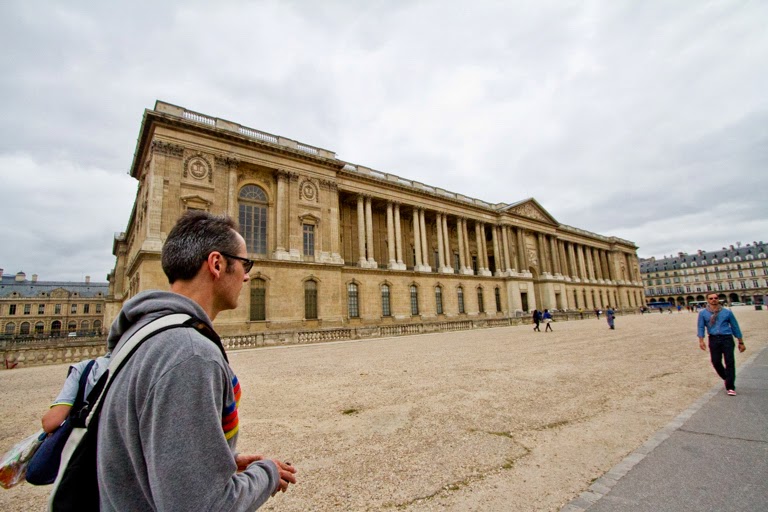 We walked from Notre Dame along the Seine and arrived at the Louvre and were impressed by the size.  Later I learned that it was a palace on one side, a second palace on the other, then someone decided to combine the two palaces by connecting them on both ends.  A fire destroyed one end, so now we’re left with a giant U shape. 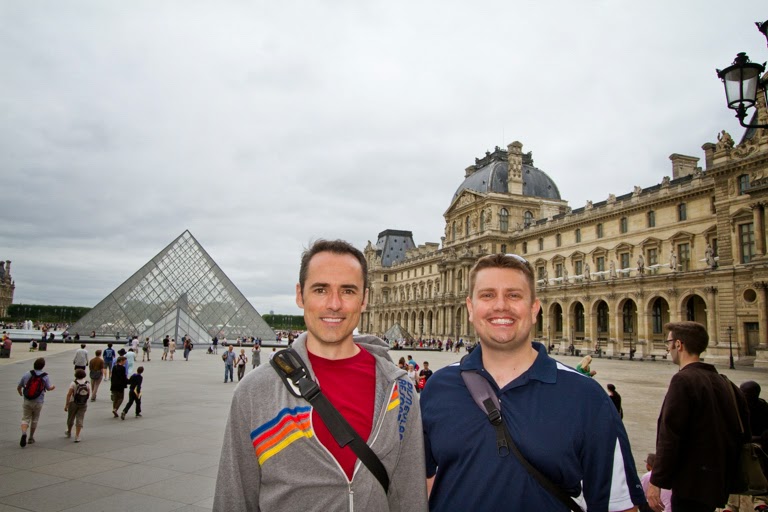 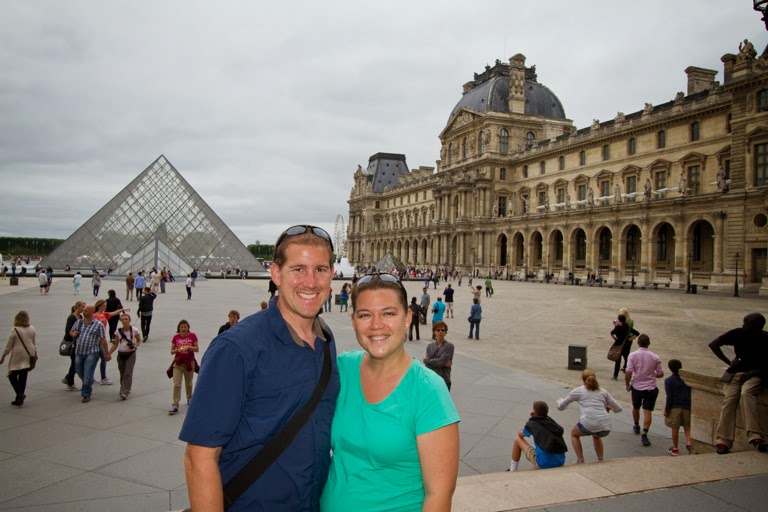 The special entrance is closed right now so we go in through the regular entrance.  There is a shorter line on the side for those of us with the Museum Pass, so we go there. 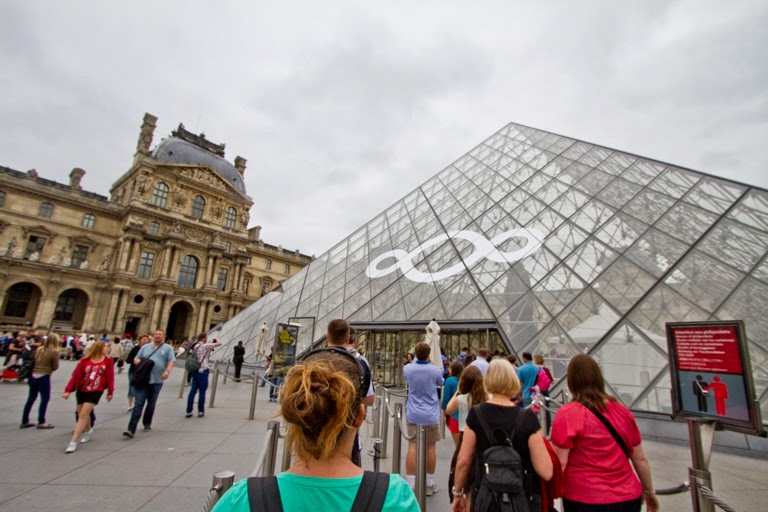 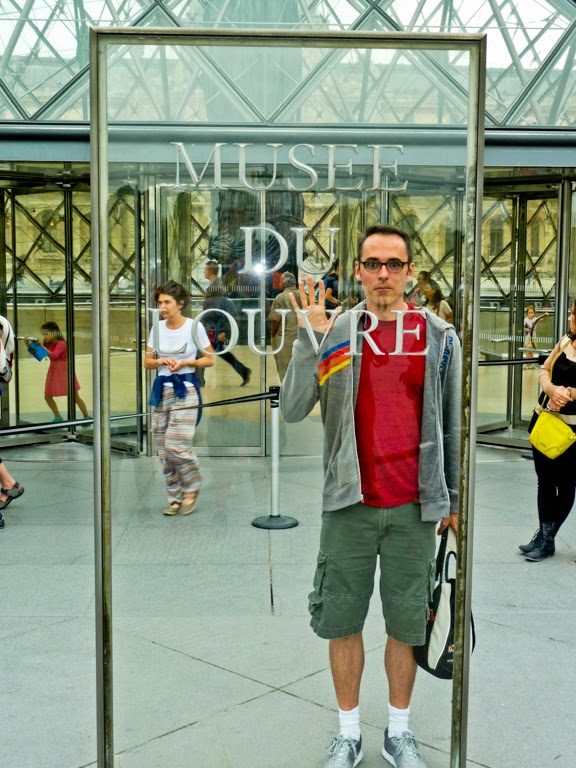 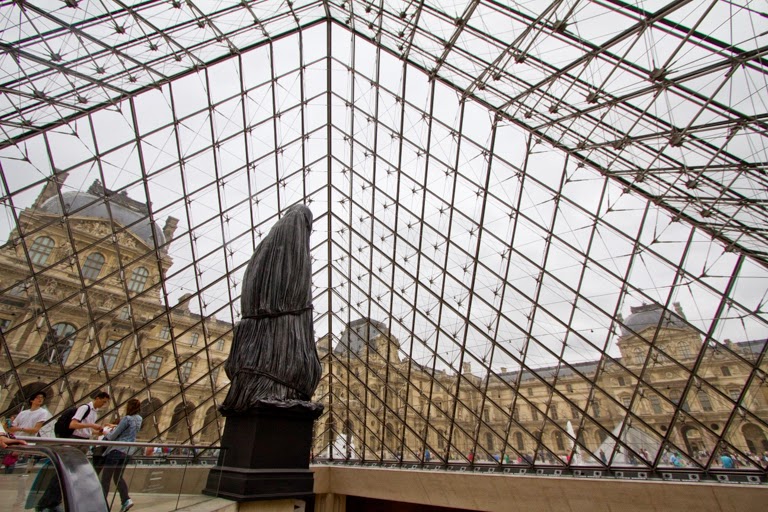 Off to the Denon wing which holds things like Venus de Milo, Winged Victory and other things.  We only had 1.5 hours to see everything on the Rick Steves guided tour so we had to cut a few things short. 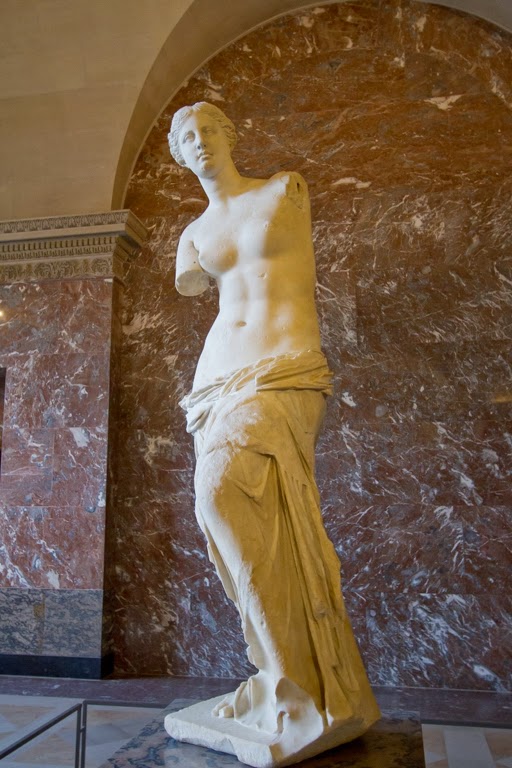 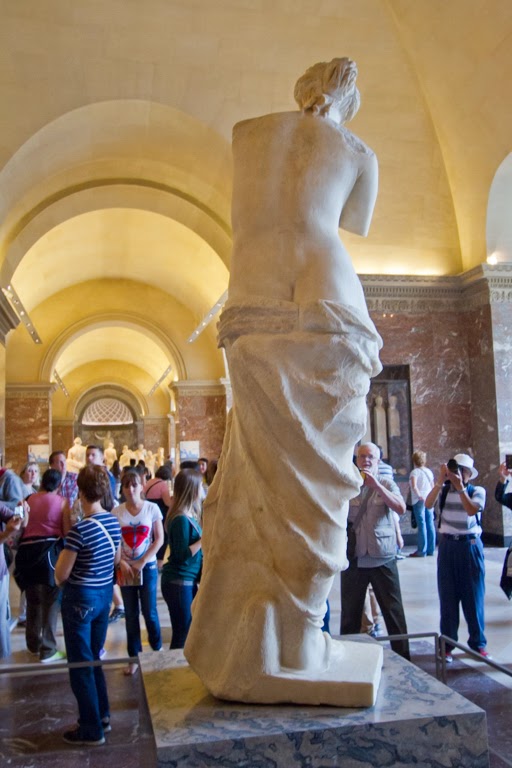 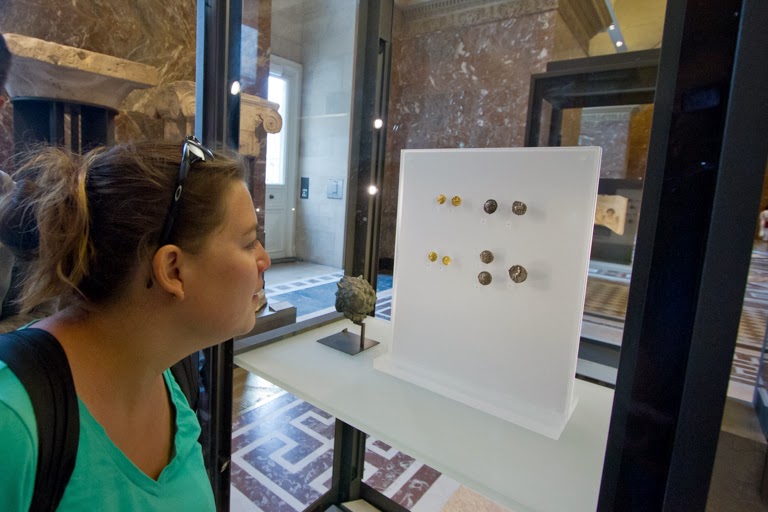 The Winged Victory of Samothrace. Estimated to have been carved around 200 BC. 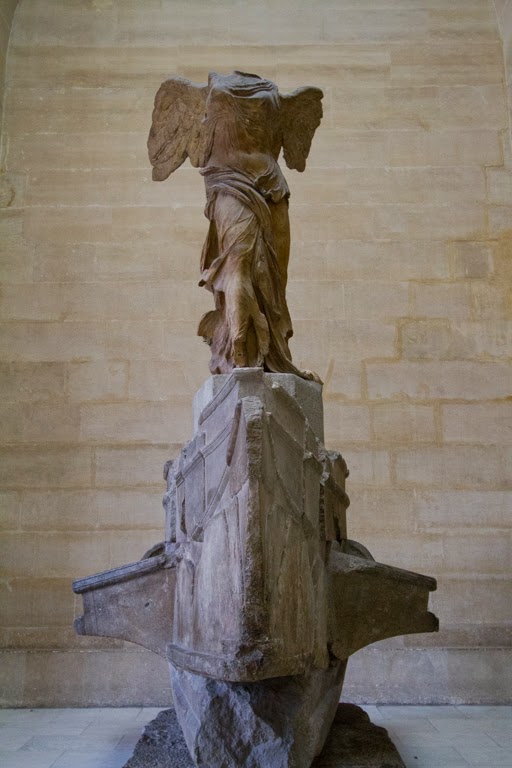 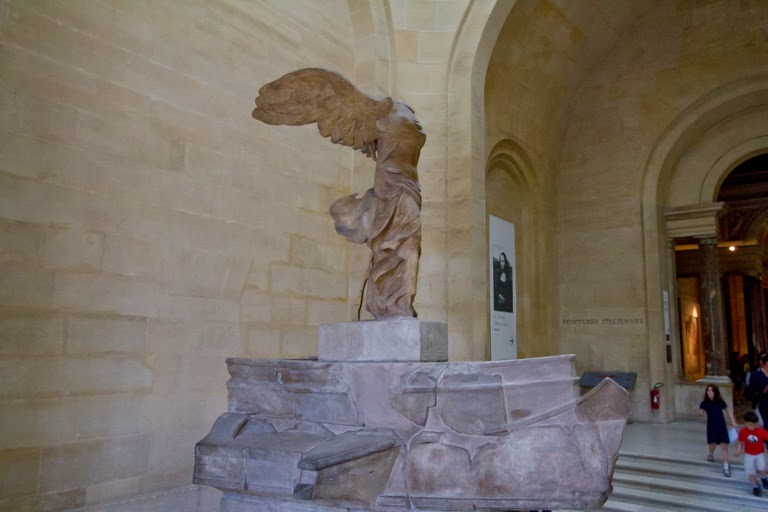 We walked through the museum pretty quickly since it was closing very soon. 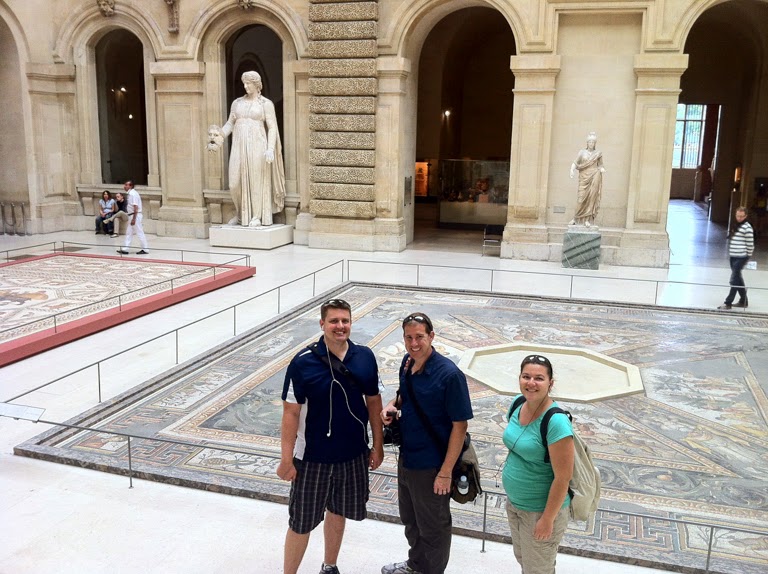 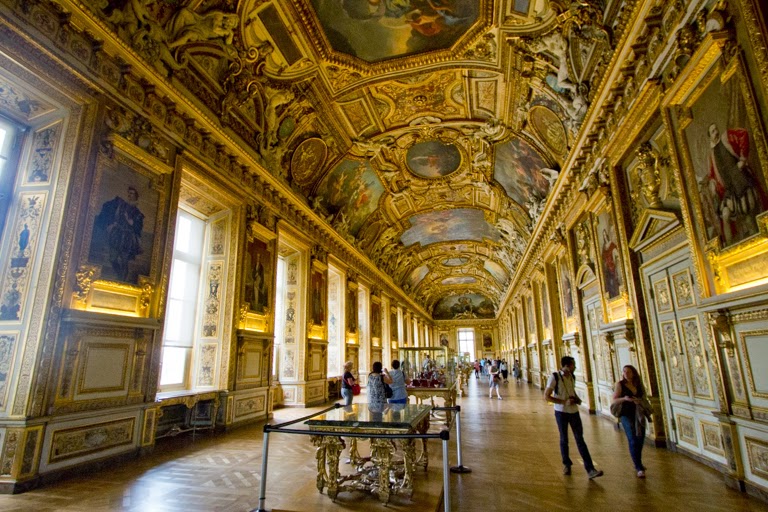 Of course you can't leave without seeing the Mona Lisa. As usual, it's a madhouse around the painting. 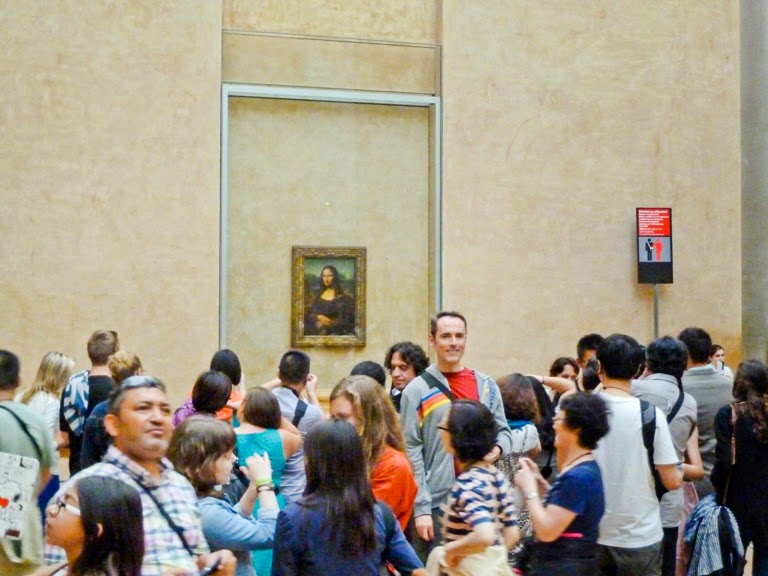 But with the right lens, and standing in the right spot, you can make it look like it's just you and her. 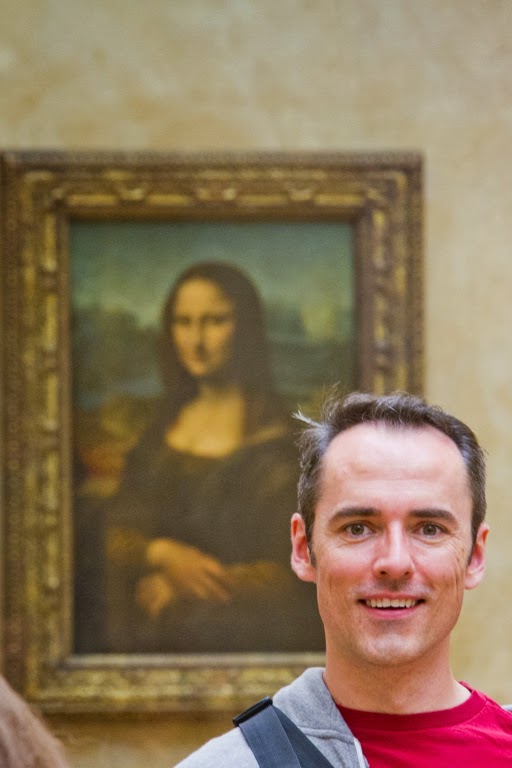 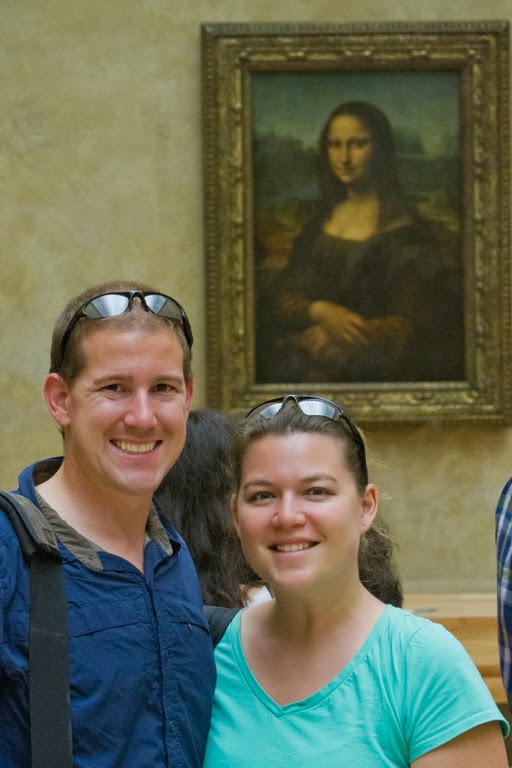 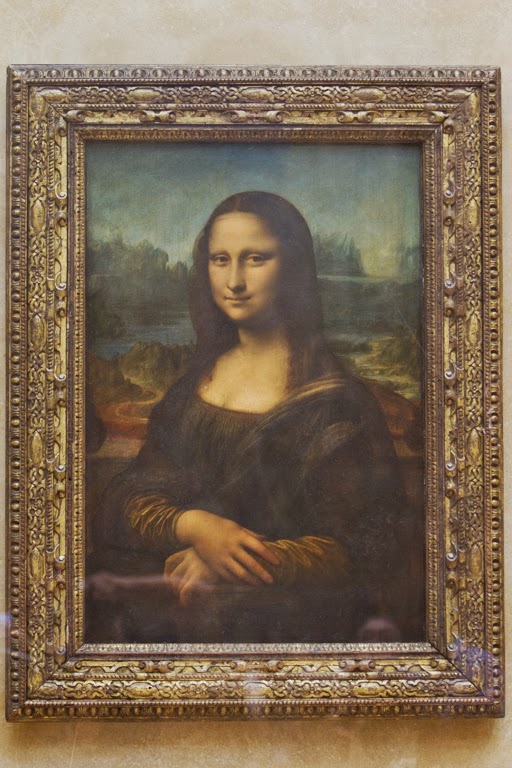 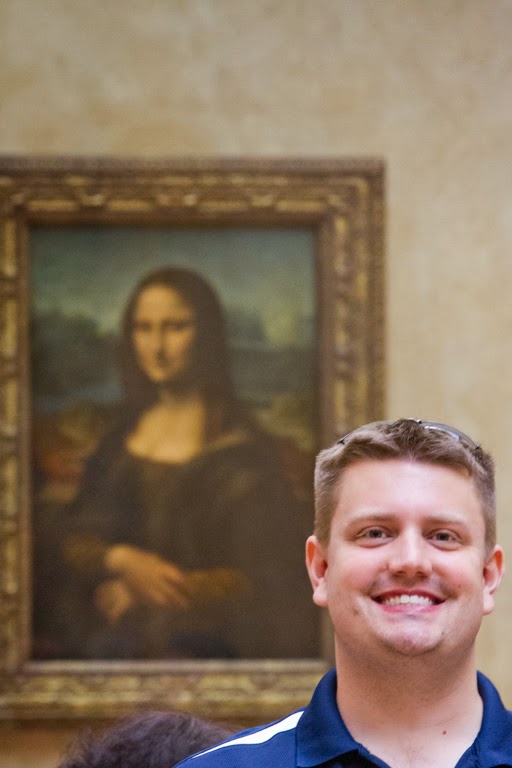 Directly opposite the Mona Lisa is the largest painting in the Louvre's collection. The Wedding at Cana was painted in 1563 and measures 22' by 32'. 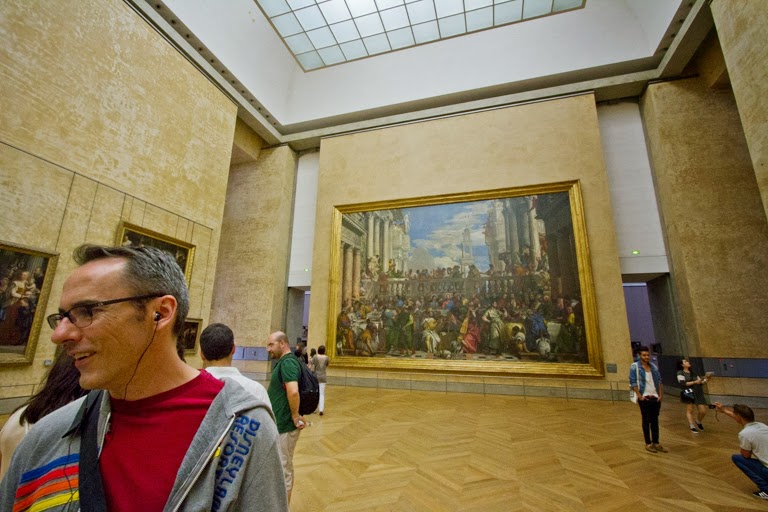 Measuring almost a large at 20' by 32' The Coronation of Napoleon depicts the moment when Napoleon removed his own laurel and crowned himself, instead of letting the pope do it. 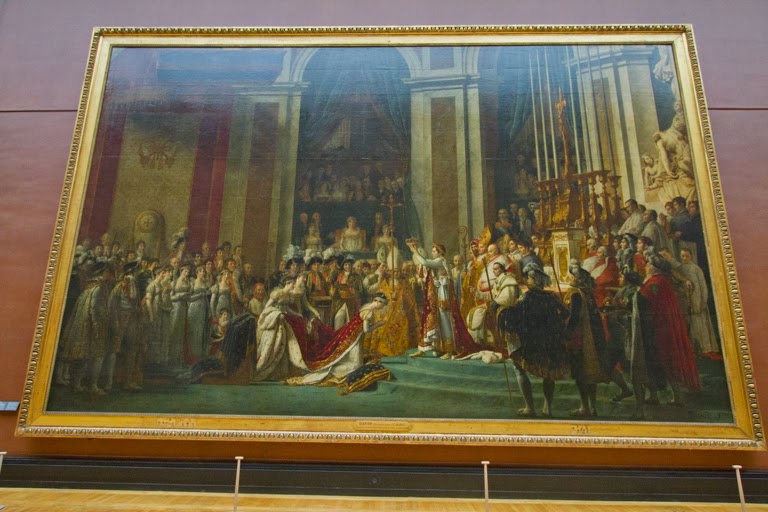 One of the last major paintings we see is The Raft of Medusa. By this point, the docents have started forming a line and are moving people towards the exits. 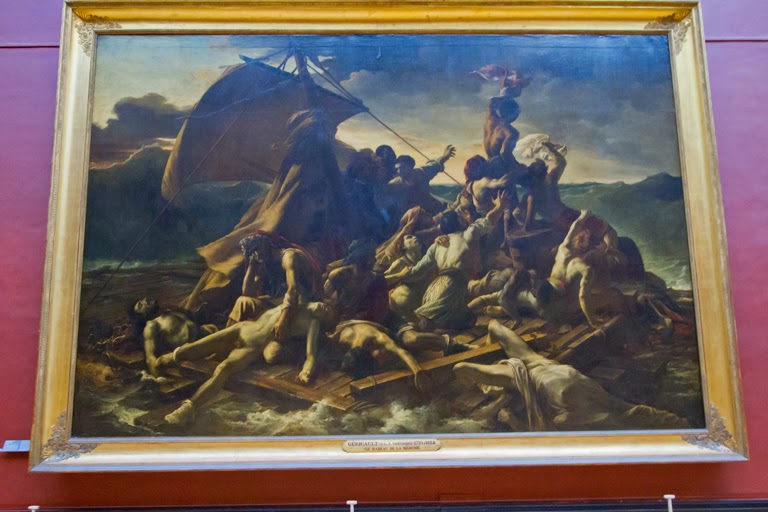 As we're shuffled out, we see one of Theresa's favorite sets of statues by Michelangelo. Titled the Slaves, we saw their counterparts, The Prisoners, in Florence just a week ago. Because they're unfinished, it appears that these men are struggling to pull themselves out of stone they're carved into.  You can see the strain in their muscles as they pull against the stone.

You can see the docents in the picture below forming the line behind us, moving everyone out. The docents have a no nonsense approach and are actually yelling at people who are standing around taking photos. 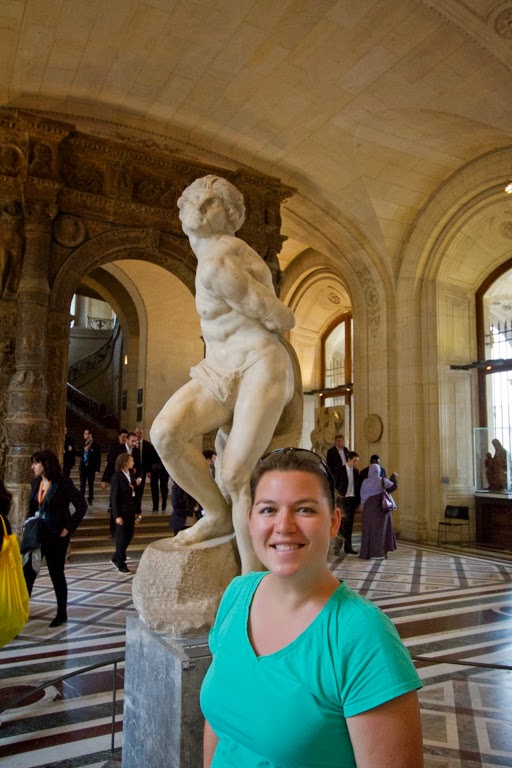 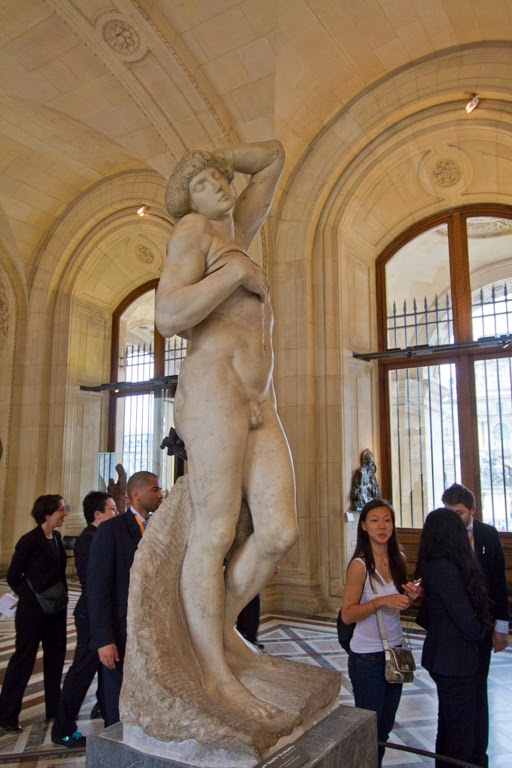 To finish up, we grab a couple more photos underneath the huge glass pyramid. 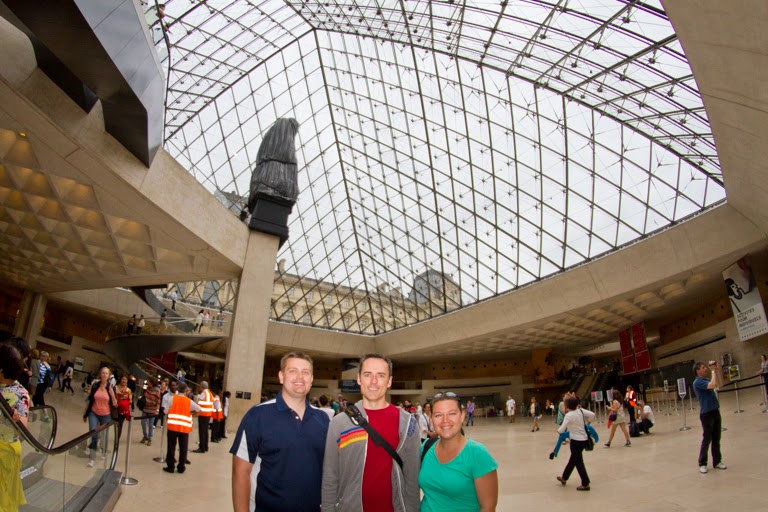 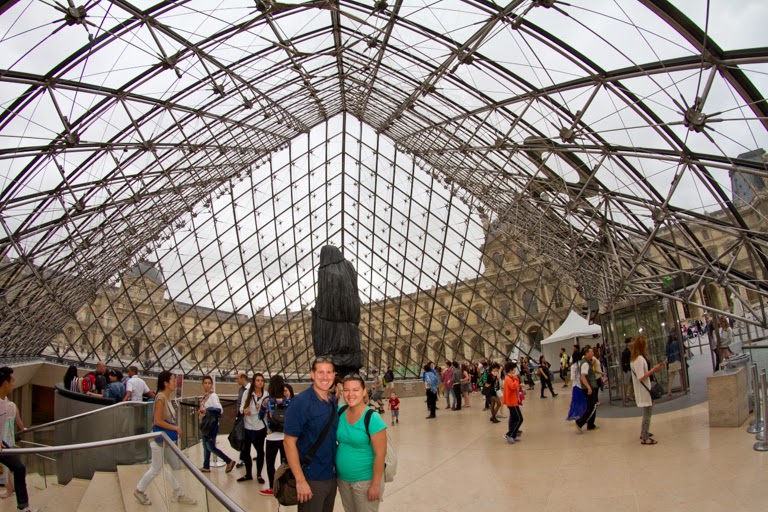 After only an hour fifteen, the museum is closed and we have to leave. 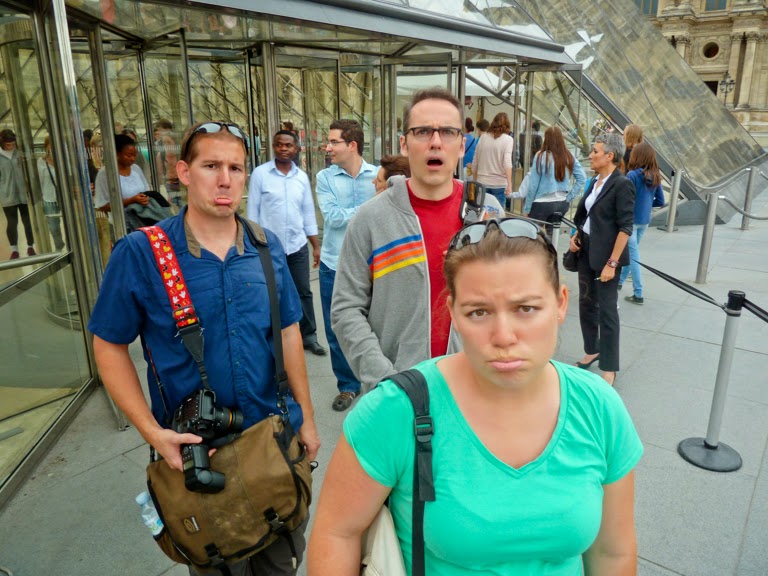 Luckily for T and I though, we'll be back in a couple days during our free day in Paris to spend a little more time here. 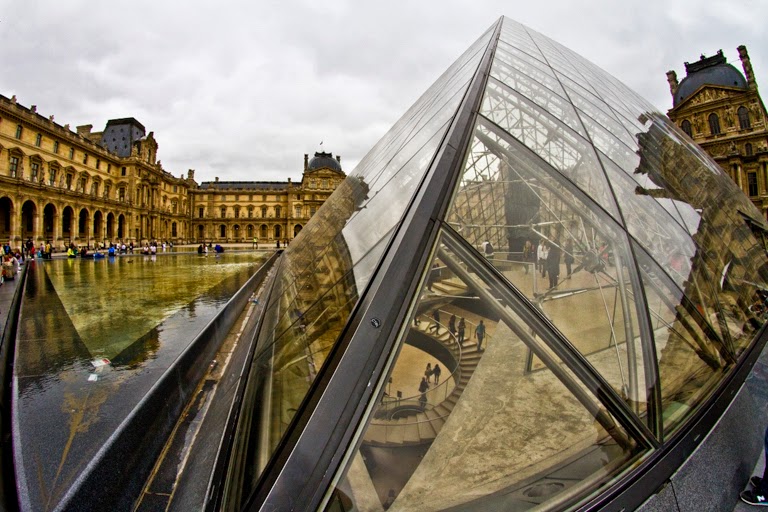 We make our way back to the hotel, but our night isn't quite over. There's one more huge icon in Paris that we need to go see. It's been a busy first day here in Paris! We'll continue there in the next post. 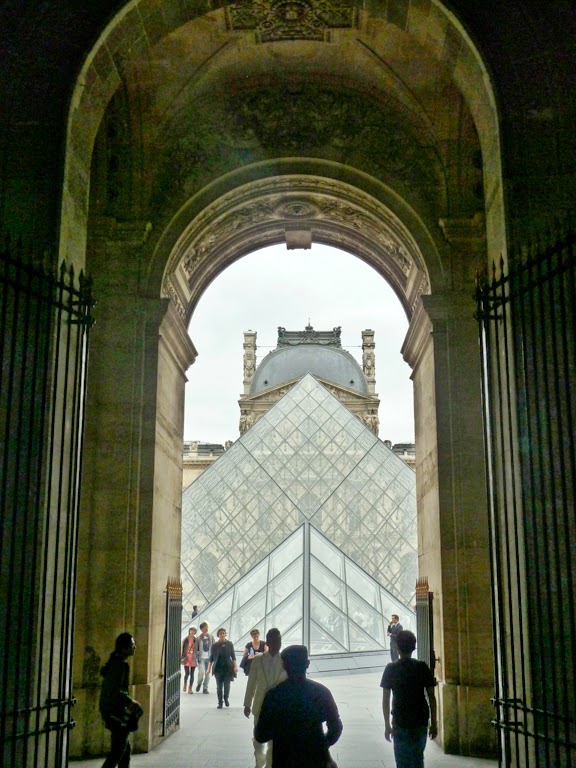