Celebrating Valentines and the Lunar New Year at Disneyland

It's the weekend and we're celebrating at Disneyland. There's two holidays coming up this week, so we've themed our hats to match.
Alli and Theresa are sporting pink and red princess hats with hearts all over for Valentine's Day coming up on the 14th. Ian and I (and later Ruston) are wearing Pluto hats because on the 16th it's the Lunar New Year and this year is the year of the dog. 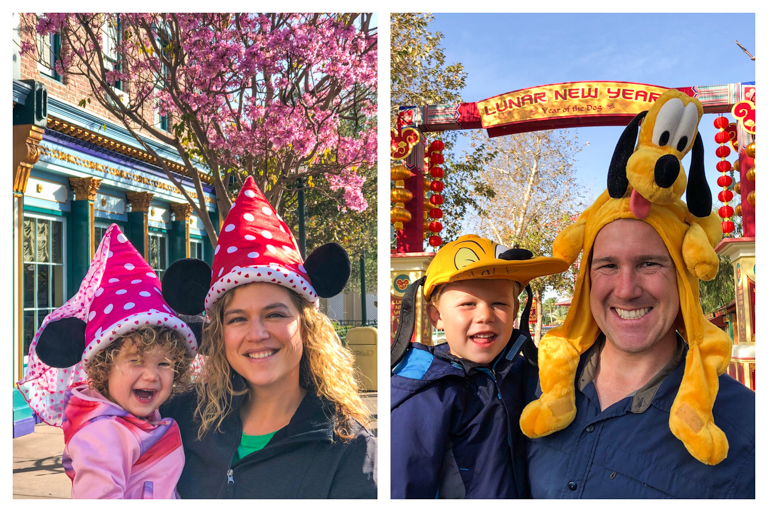 We got out of the house nice and early today, getting to the parks right at the 8am opening. I snagged the first photo pass photographer I saw and got family photos. 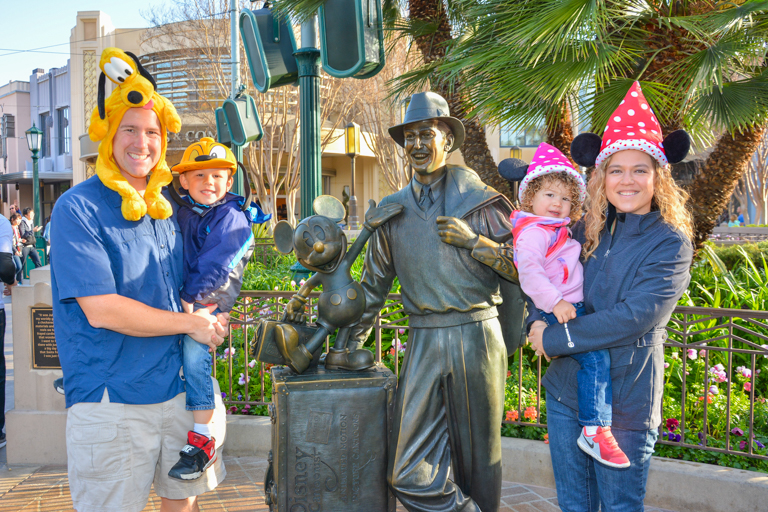 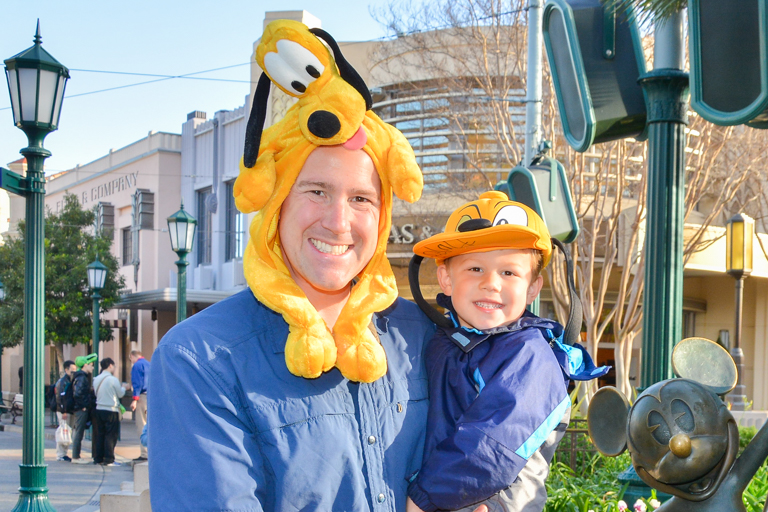 The girls.
Also we were happy to see that the popcorn stand was already open, making sure to fill up our Annual Passholder popcorn bucket. 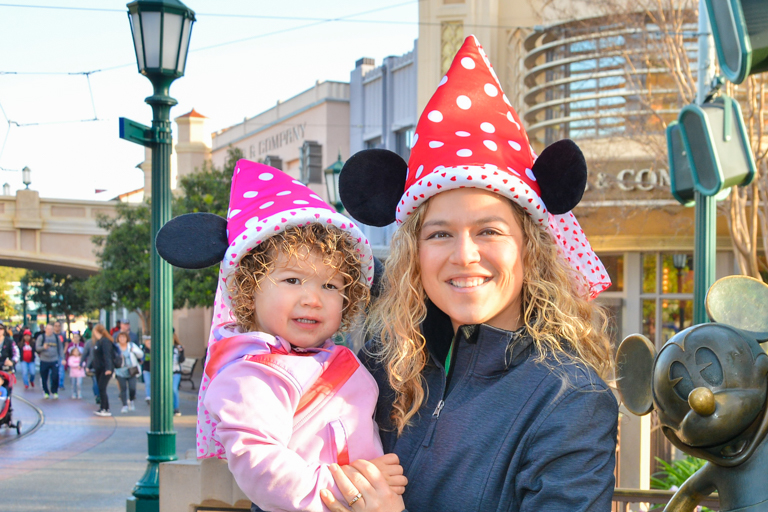 Our first stop in DCA is always Toy Story. Getting our 3D glasses, Alli wanted to make sure Pluto got his glasses. 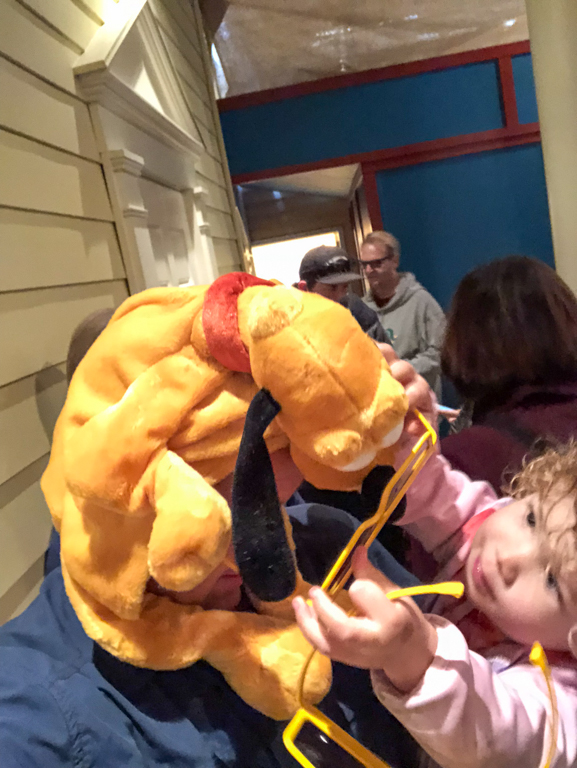 She's pretty proud of herself. 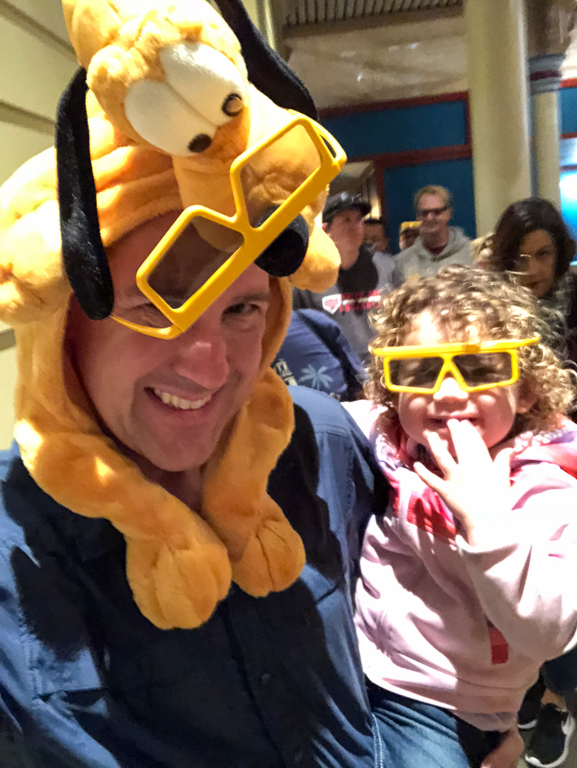 Afterwards we walked over to the Lunar New Year celebrations, but discovered they didn't get started until 11am. We're a bit early.
T and Alli posed in front of these beautiful pink flowering trees that Disneyland offers. 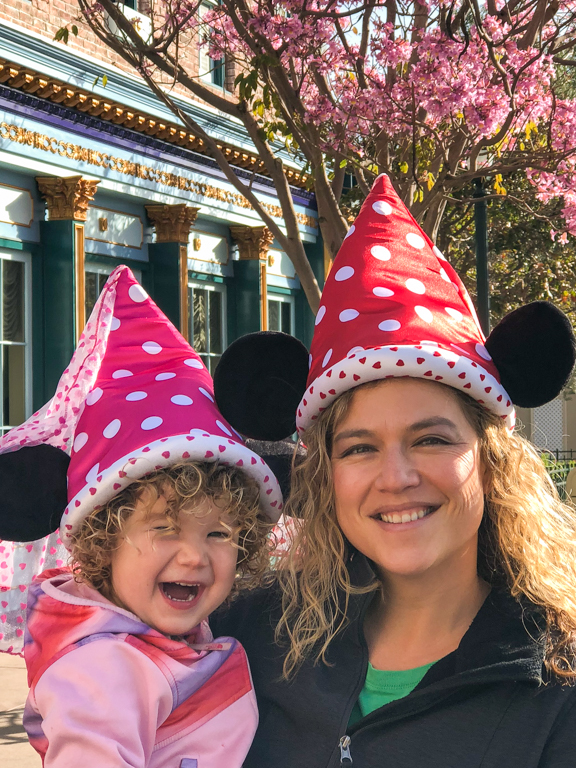 A short time later, Jacob joined us at the park for a ride on Mater. 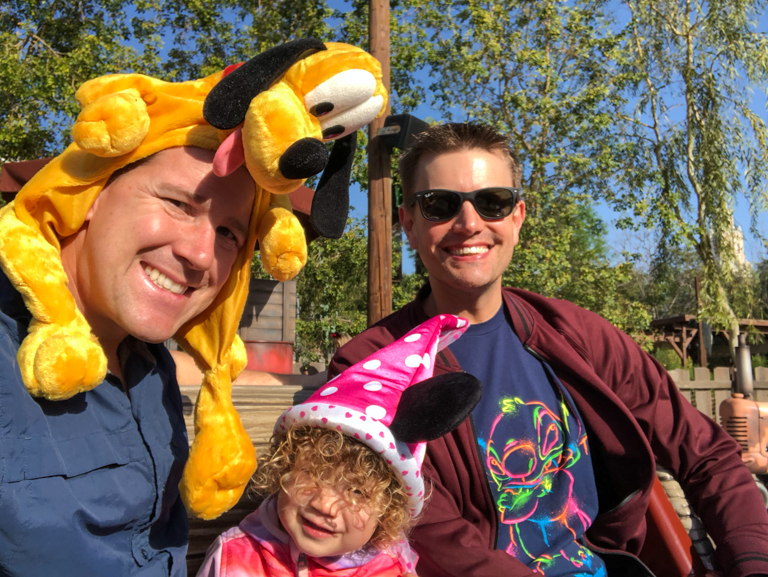 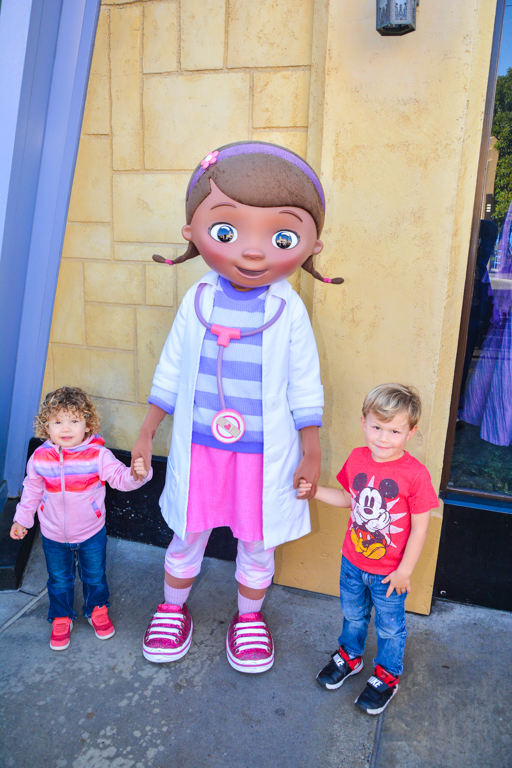 Normally when Ian and I ride Guardians of the Galaxy, T will take Alli into Bugs Land. Today though she's doing something different. Alli is way into Frozen and Elsa and Anna just happen to be meeting guests inside the Animation Building. After a short wait, Alli was a little shy as she walked up to meet Elsa and Anna. T said they were very welcoming though, inviting her to a tea party, suggesting that Rapunzel will be there and might bring raspberries. Alli said she would bring strawberries to the party. 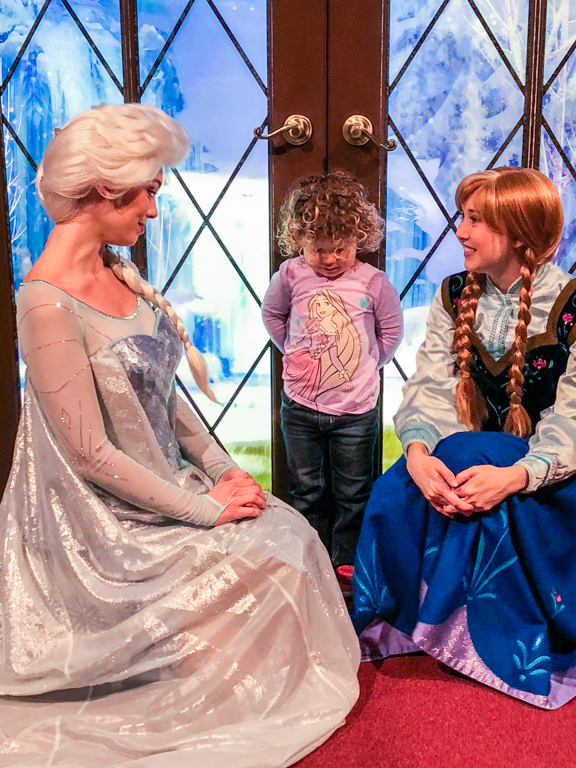 In the end, she really loved meeting the princesses. 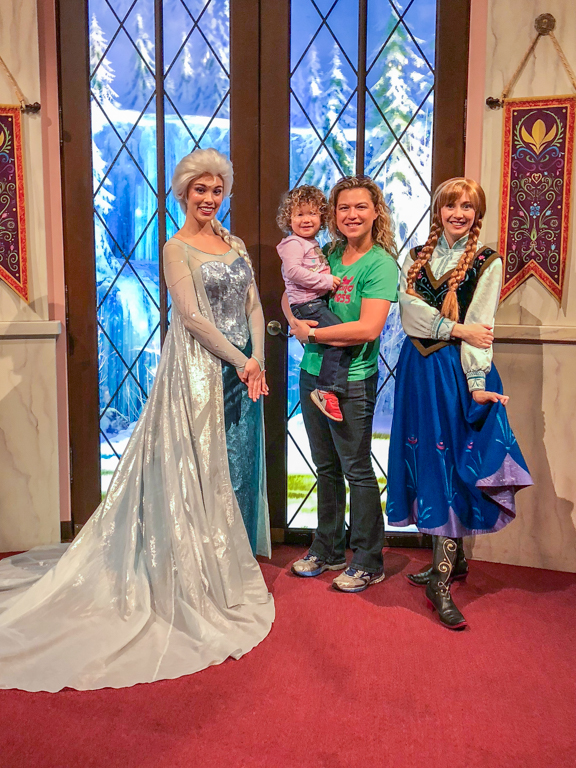 As a bonus right next door, Olaf and Kristoff were also meeting people. Alli was surprised to see Olaf being so big. He's much smaller in the movie and the stage show next door, but she still gave him a warm hug. 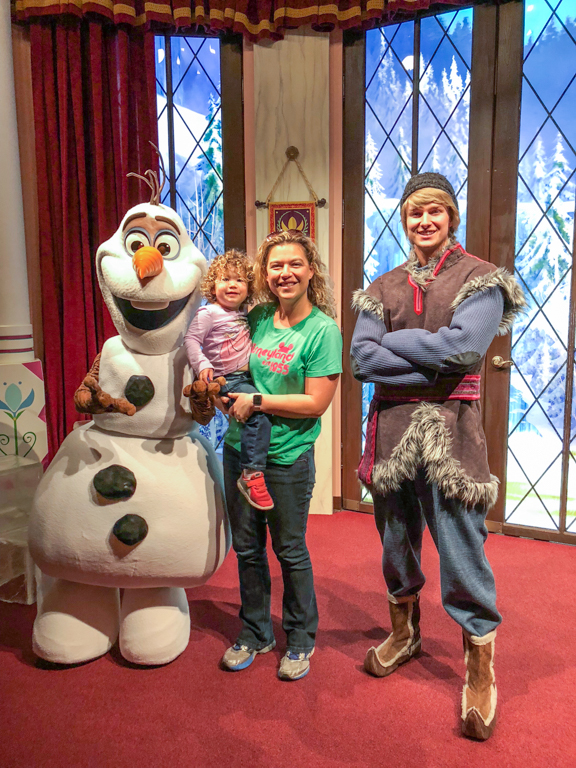 Time to head to Disneyland! Both kids love the maps, and study them intently when we enter. Pluto was greeting guests just inside the entrance and I couldn't pass up the opportunity to get some photos.
Pluto loved seeing Ian's hat. 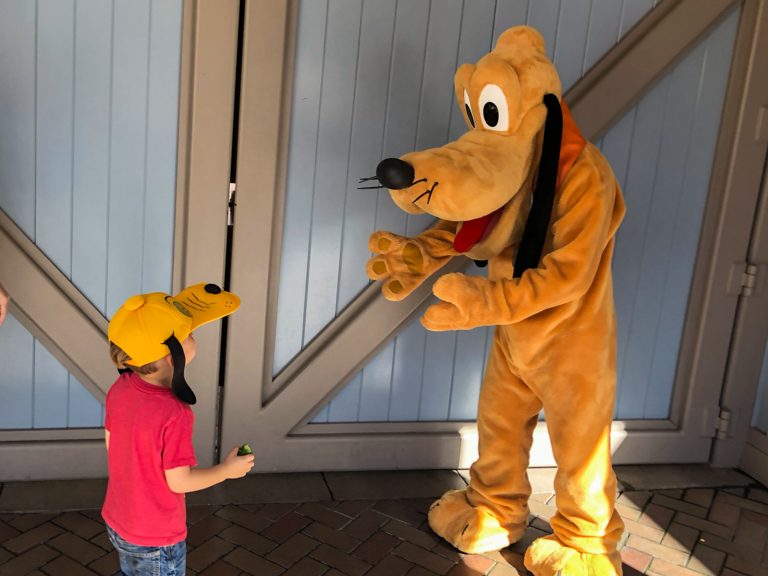 And he loved seeing both of us wearing hats with him on it. 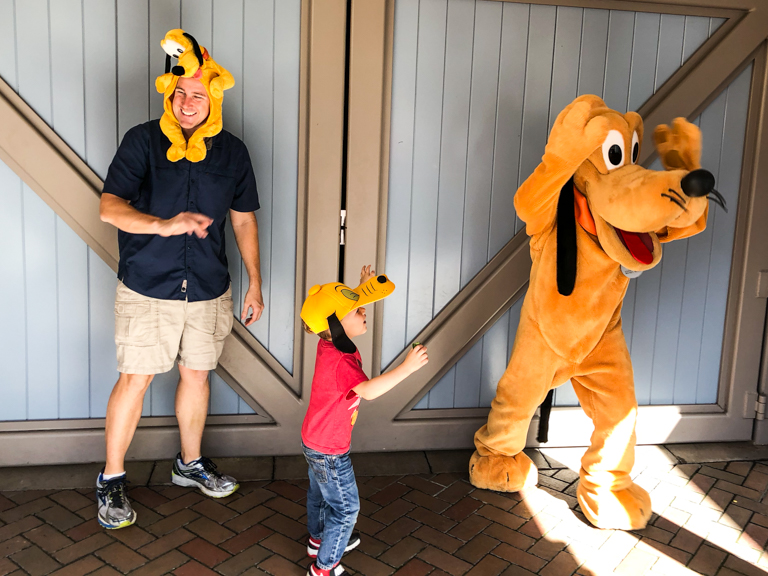 And he just lost it when he realized Ruston was wearing a Pluto hat too!
Speaking of hats, Ruston's hat is from Tokyo Disneyland, mine is from Disneyland Paris, and Ian's can be found at California Disneyland. 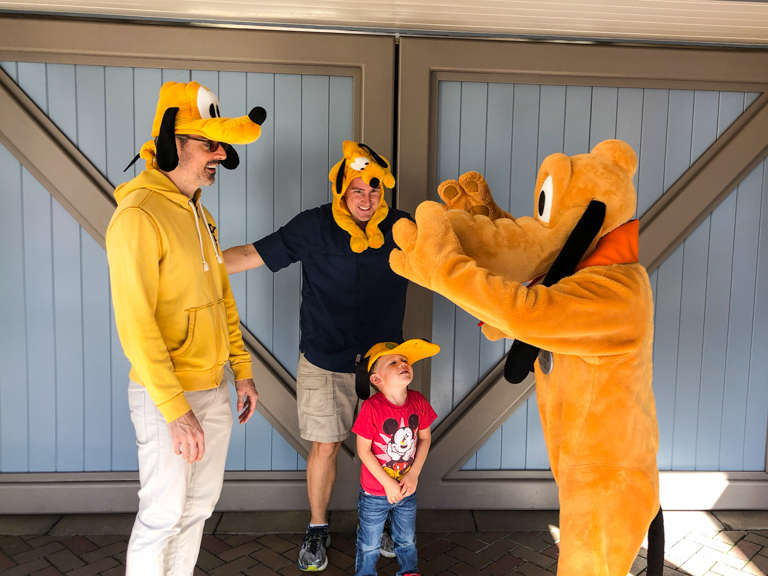 Pluto instructed us all in how to pose. 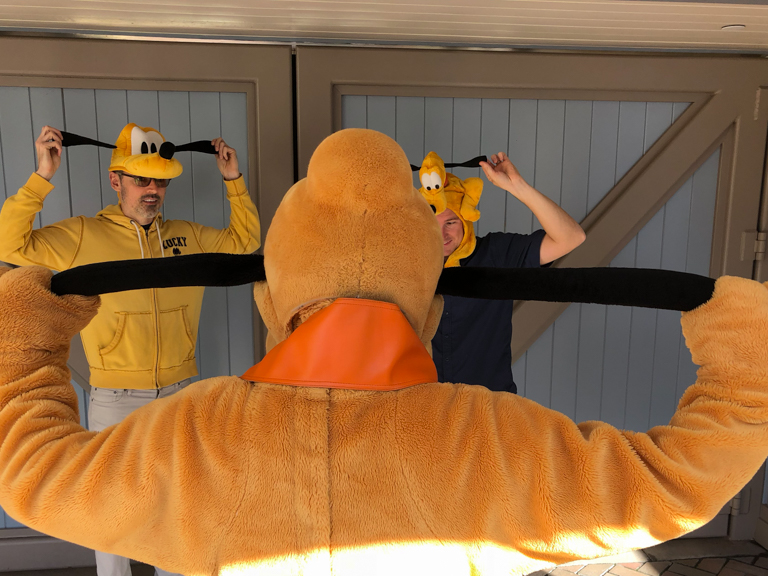 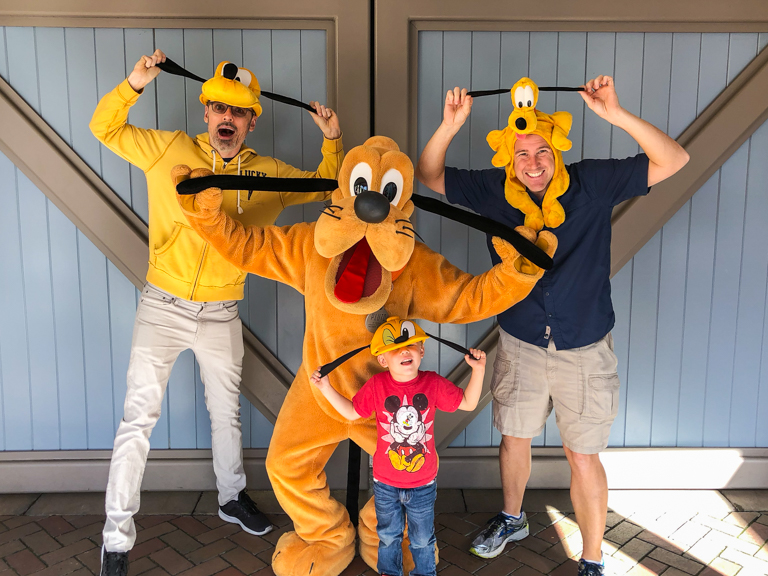 And not to be left out, Alli came in to give Pluto a hug too. 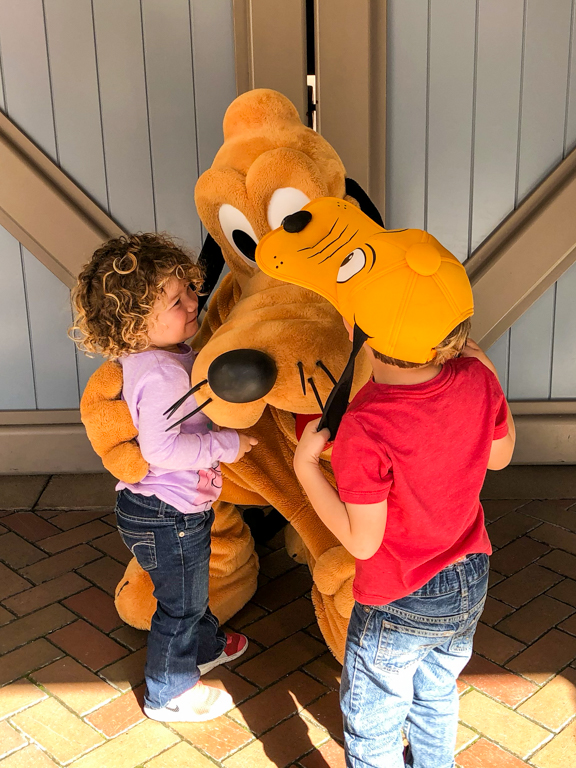 Yeah, I miss the Holiday Mansion too.

As part of his Holiday Thank You gifts, Ruston gets coupons for different things. He had 6 coupons for frozen treats, so everyone got to pick their favorite. 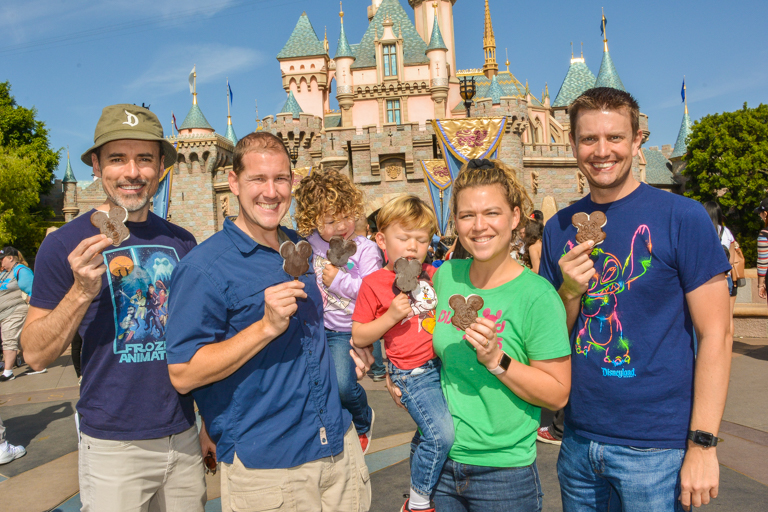 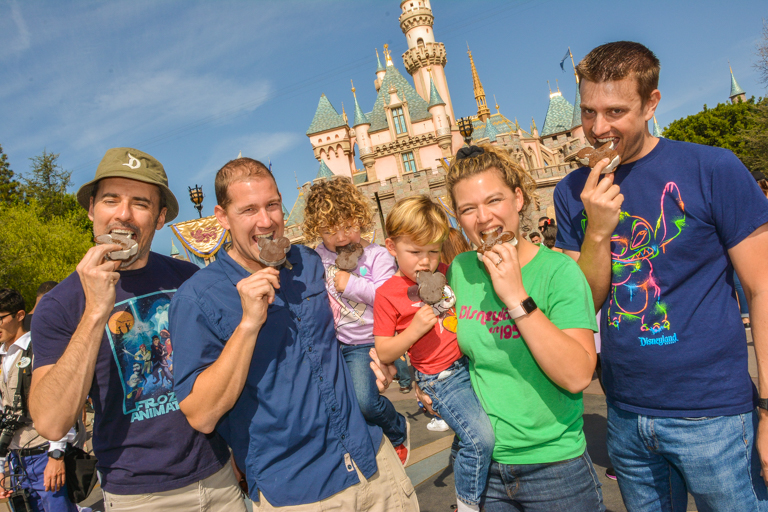 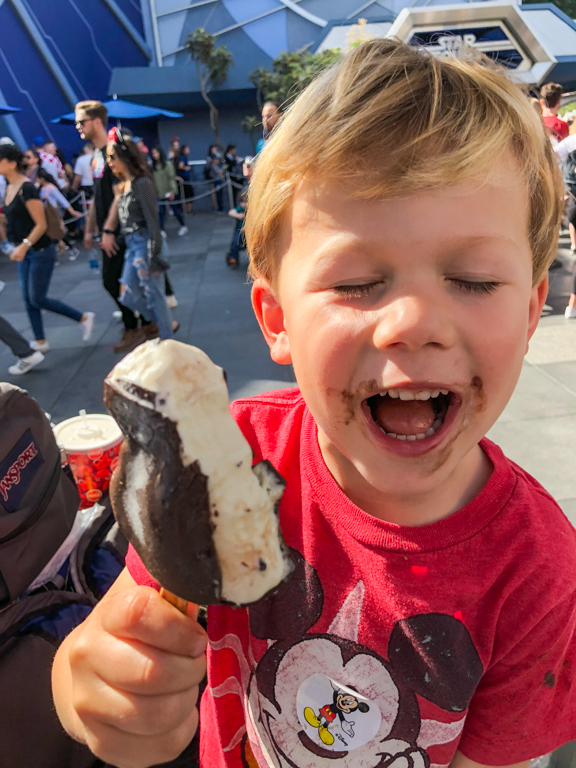 Alli just loves chocolate. I don't know which she enjoyed more, the chocolate festival yesterday or the ice cream today.

After leaving the park, because Ruston is with us, we got to make a special stop at Company D (the Disney overstock outlet). 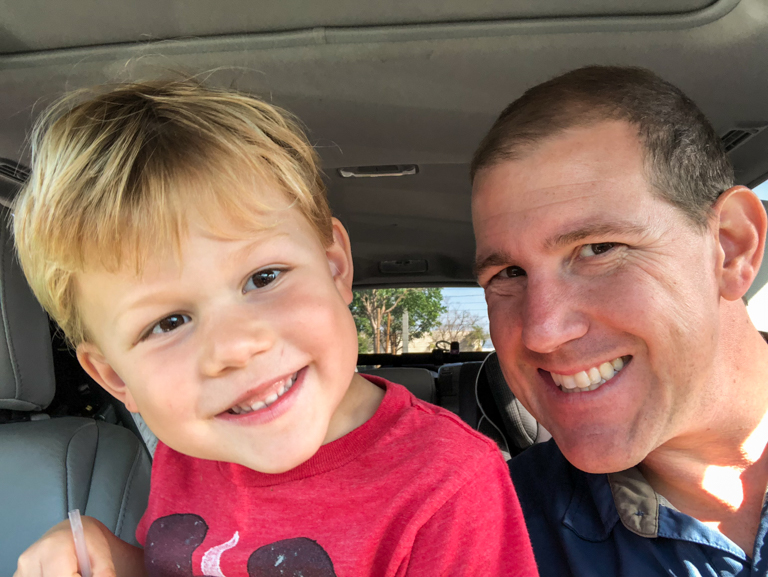 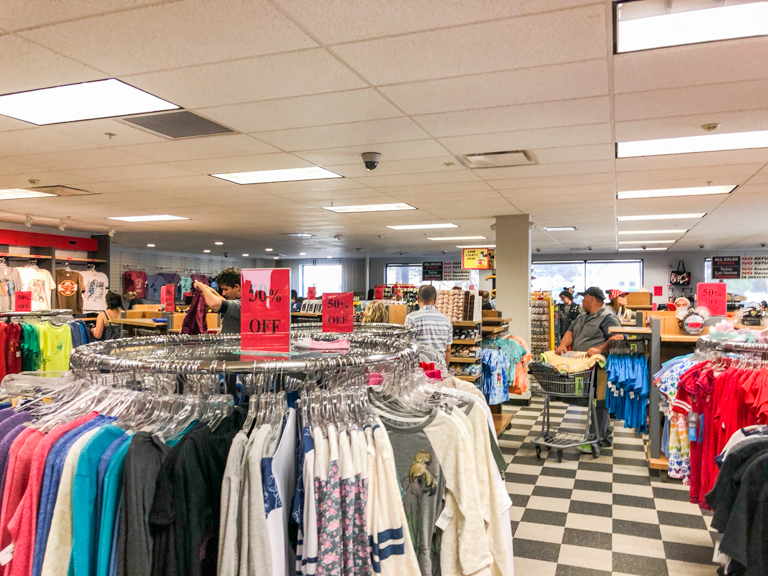 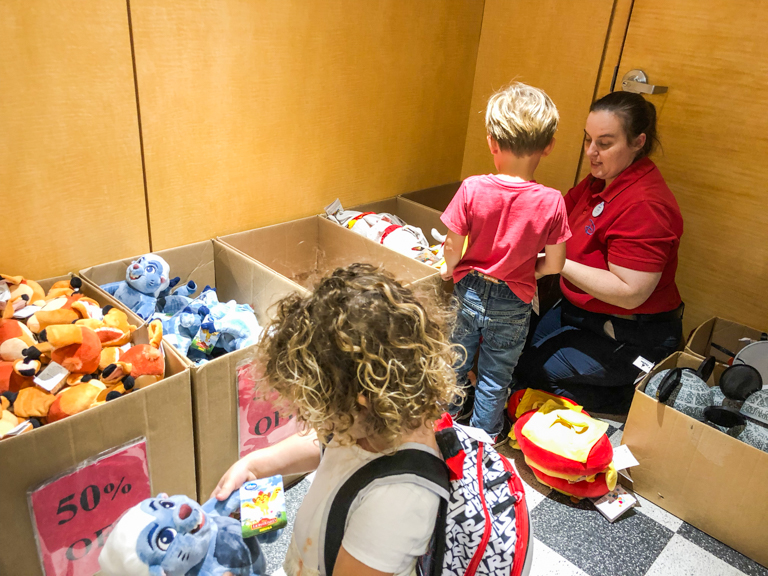 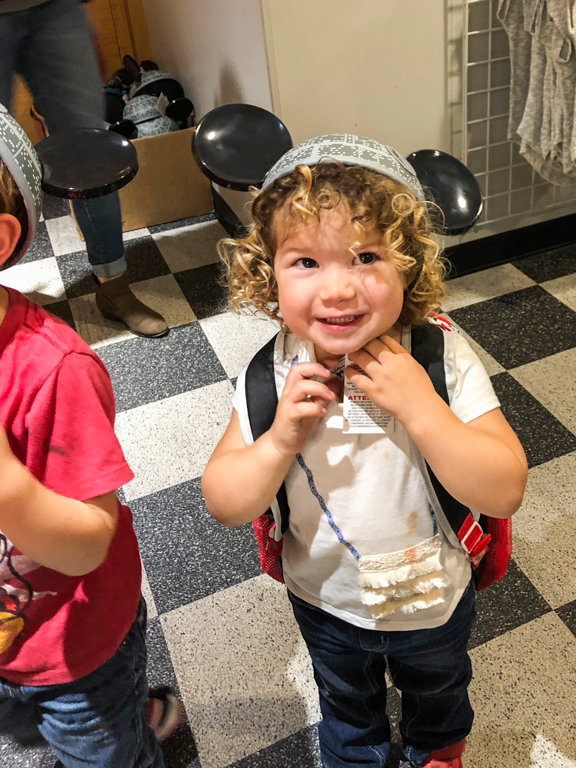 Shortly after this picture, Alli told me I couldn't wear this because I wasn't a girl. 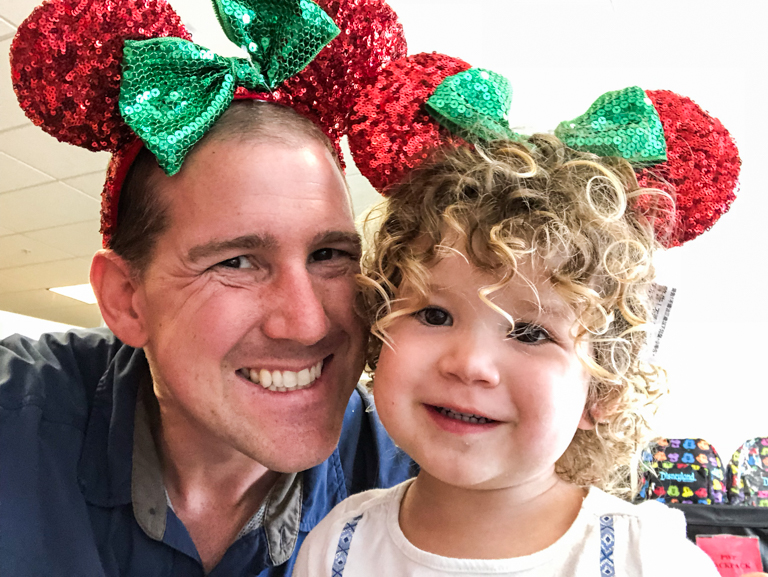 It was a really awesome weekend. We did so many fun things.
Posted by Joe at 9:00 AM