Time for the 2nd half of our Disneyland visit! 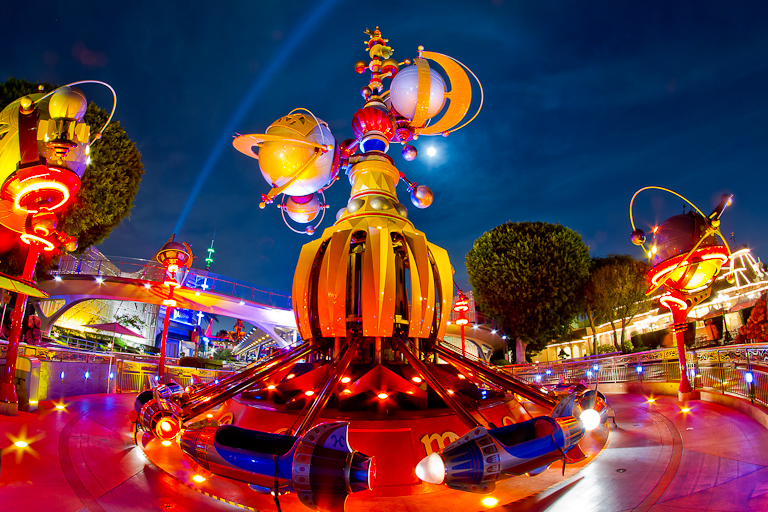 Next we went to the Haunted Mansion.  We love it most when it is decorated with the Nightmare Before Christmas overlay. 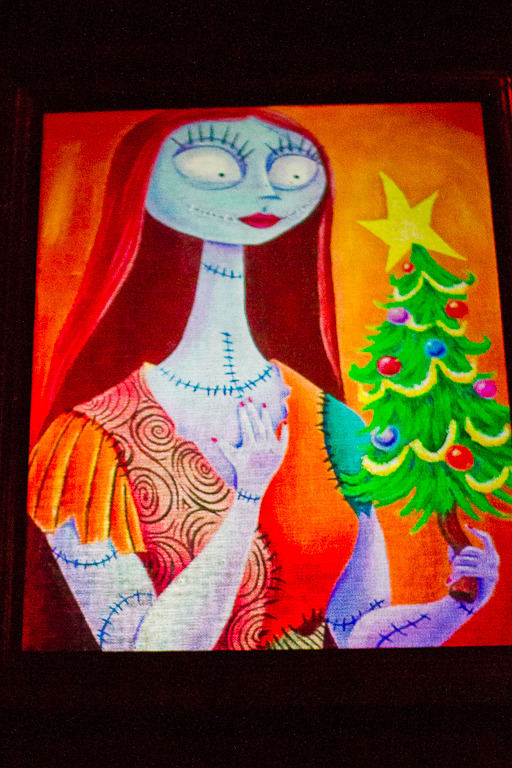 Zero has a nice present of bones. 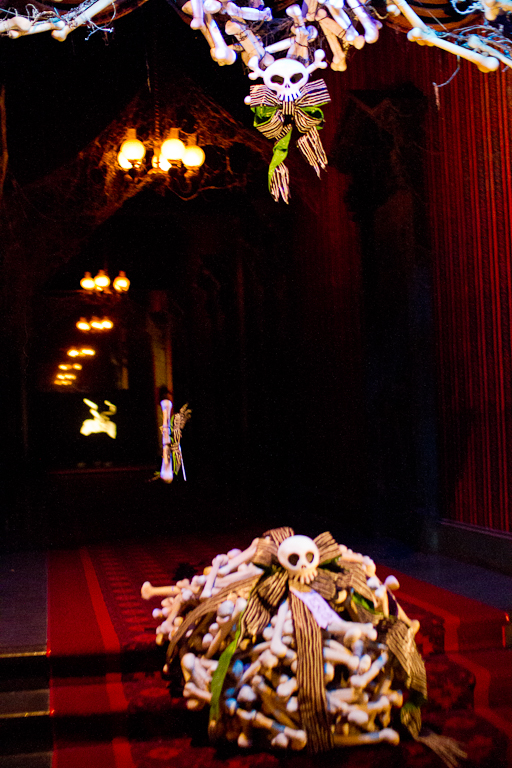 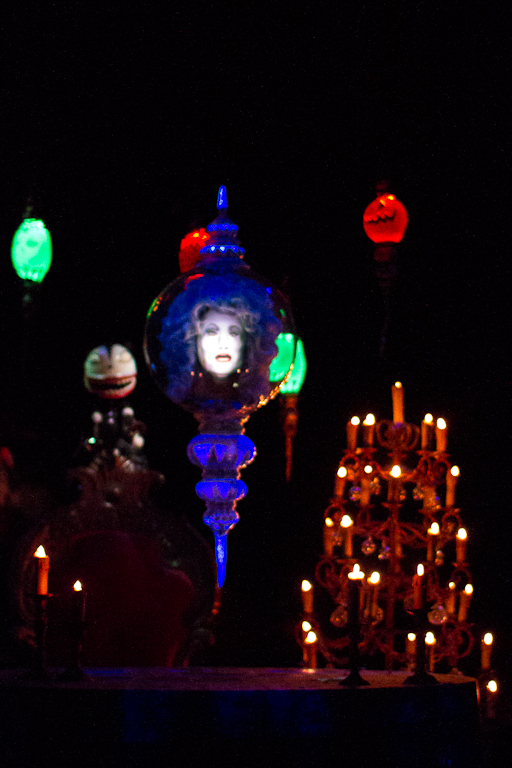 The gingerbread house looks great this year.  It looks like Jack's house from the movie and Zero circles the top.  At the bottom of the table, a ghost train circles. 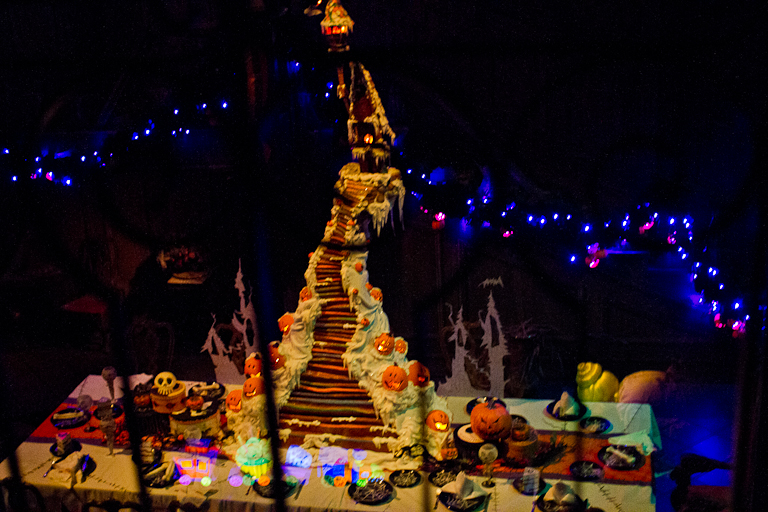 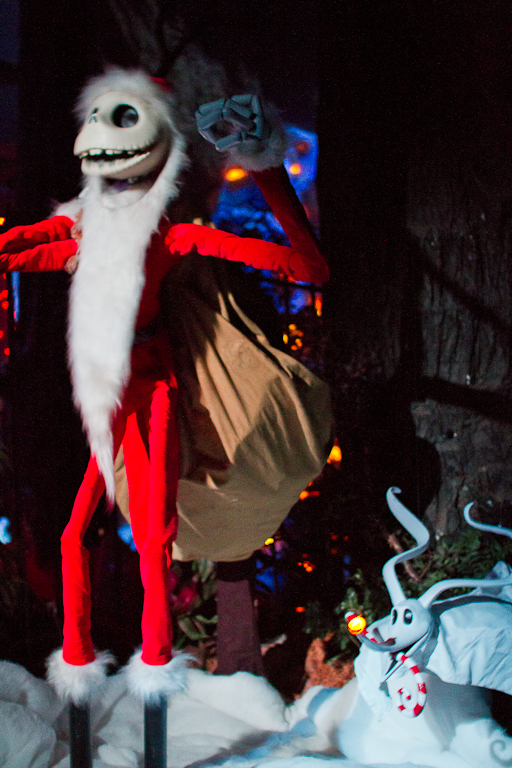 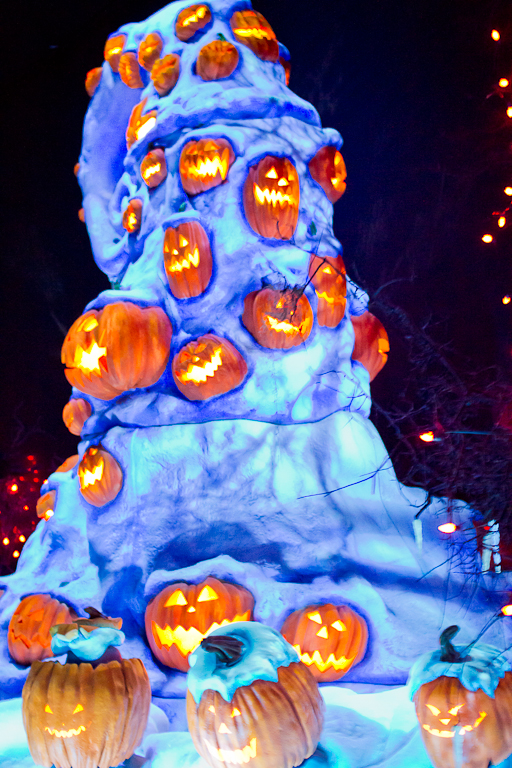 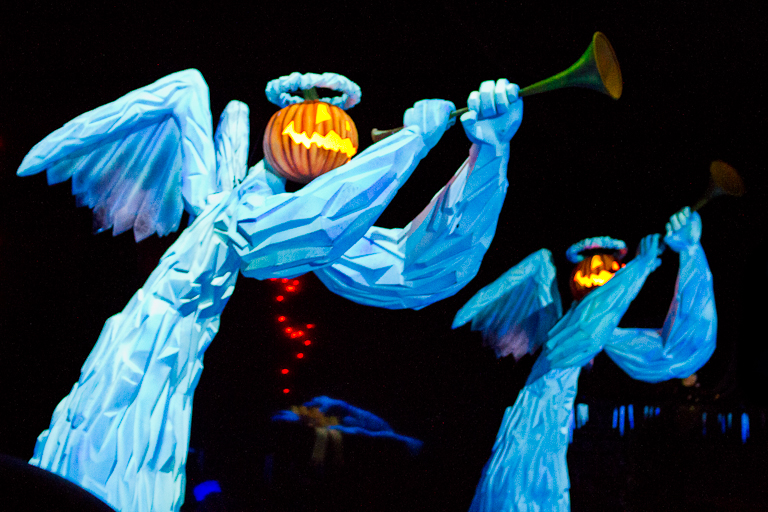 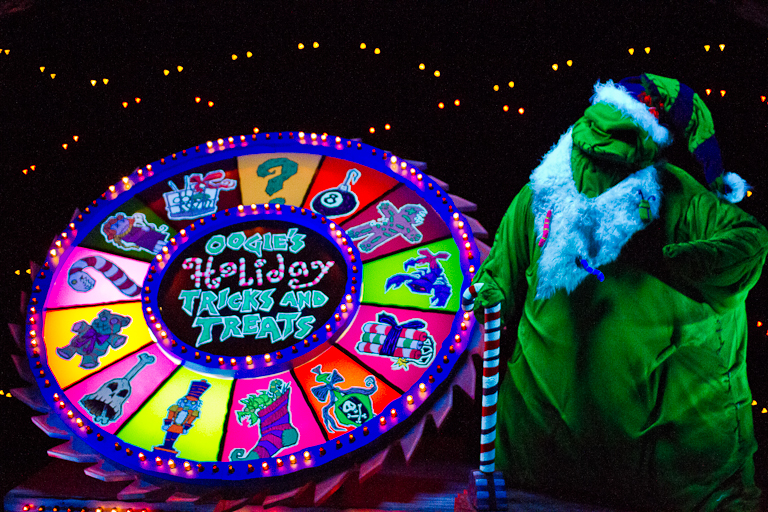 Next up was the real reason for waiting around until after dark.  On the recommendation of Tom Bricker, a fellow Disney photographer whose photos Theresa just loves, I bought a new fish eye lens.

I was planning to head back to Toontown since I thought there would be fewer people, but as I was passing the Mad Tea Party, it was a super short line, so I went to get pictures.
Look!  They removed all the tea cups! 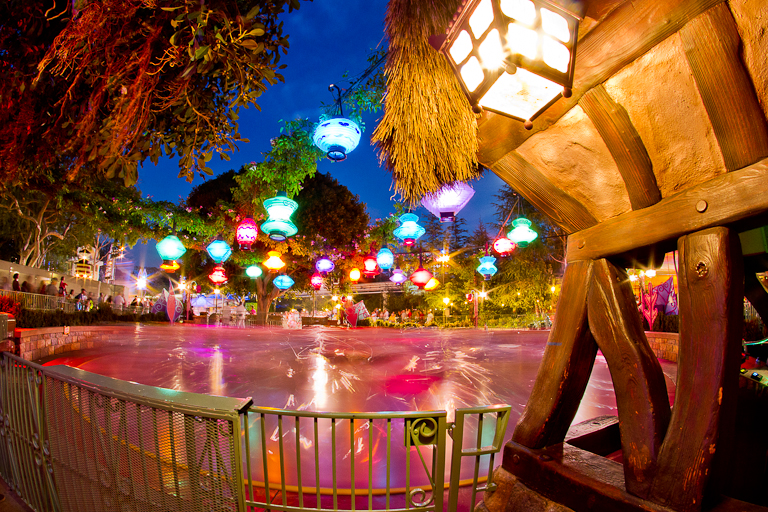 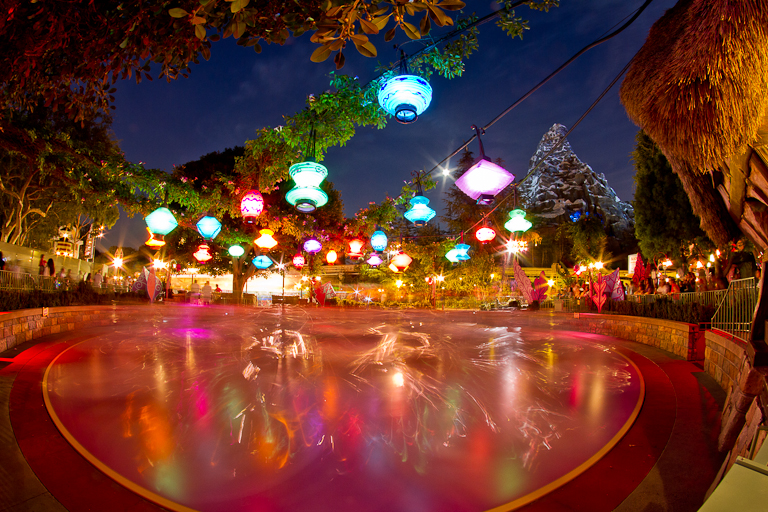 Okay, not really.  It was just a really long exposure and they weren't in any one place long enough for the camera to see them. 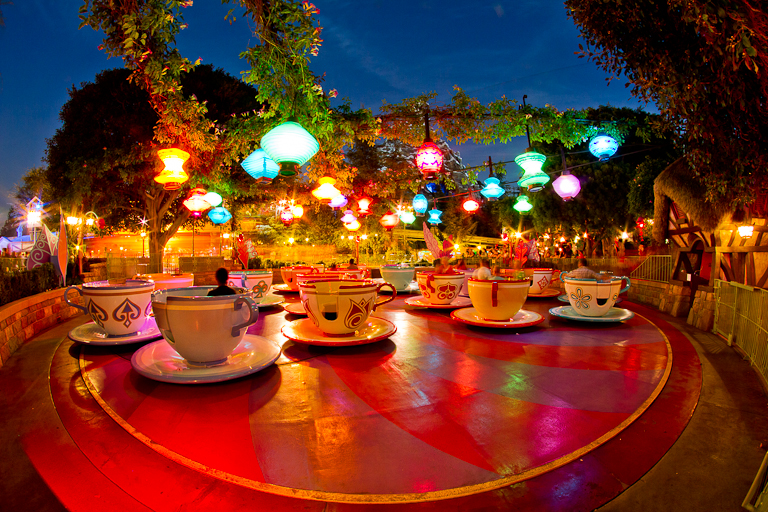 it's a small world is glowing under a full moon. 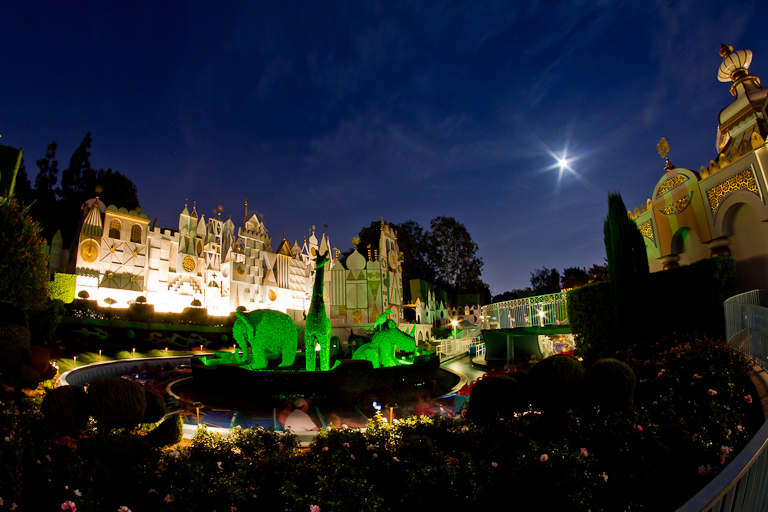 And then I finally made it back to Toontown.  Just in front of Roger Rabbit's Toontown Spin. 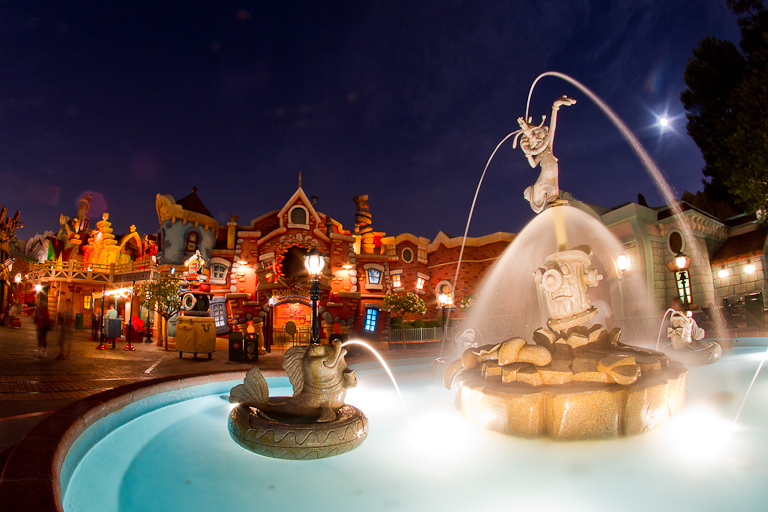 Here's a picture from a normal vantage point. 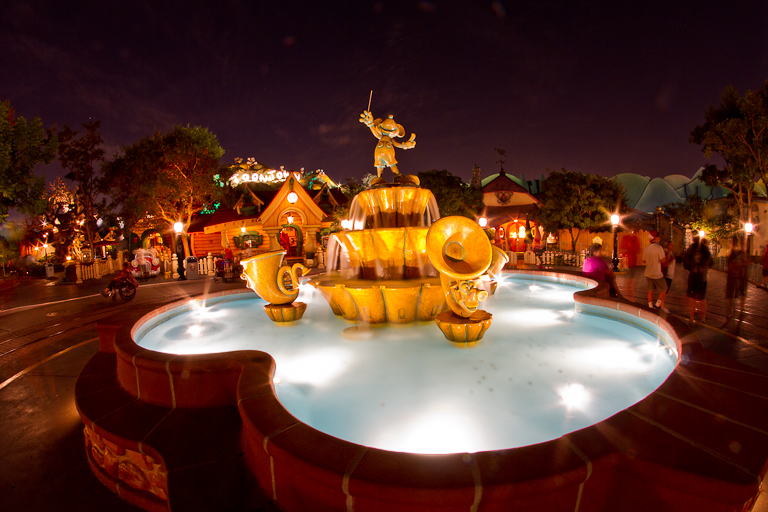 Then I put my tripod up on the ledge to get a better vantage point.  Unfortunately this new lens has a lot of lens flare, but I don't think you can do anything about that with a lens that cover 180 degrees. 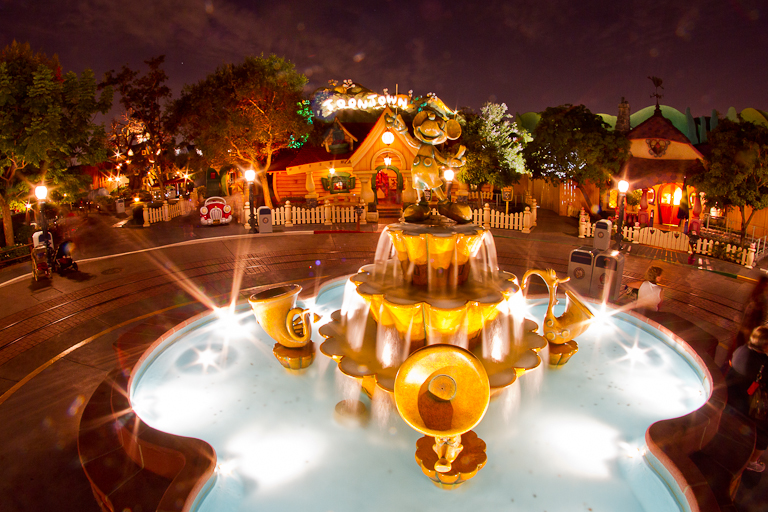 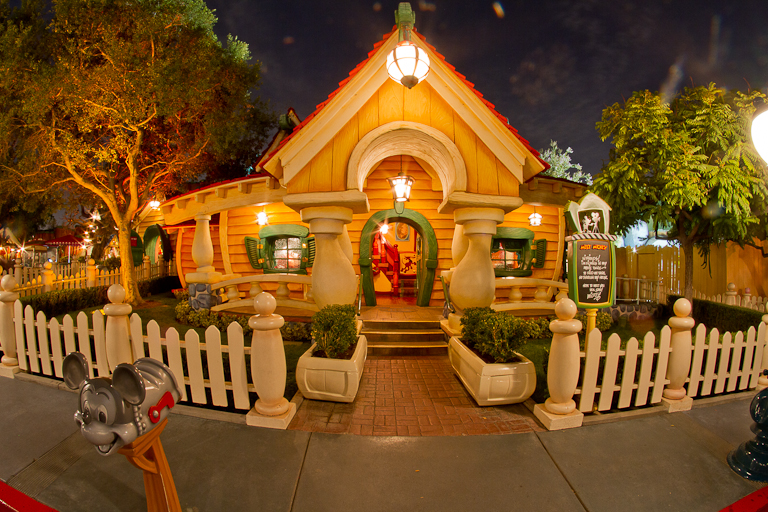 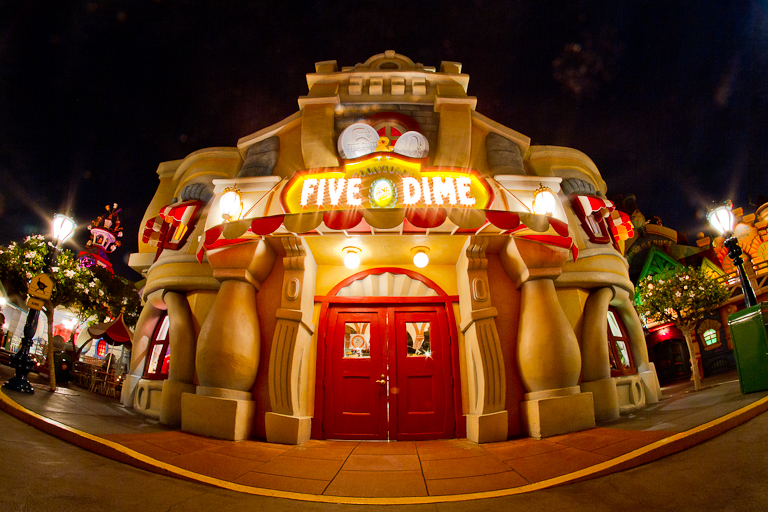 The park had closed, so I slowly made my way to the front.  Dumbo was still running, even 15 minutes after park closing. 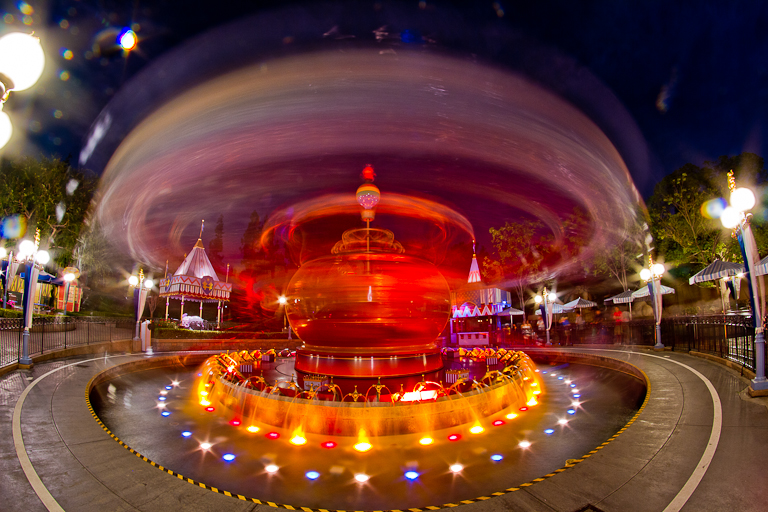 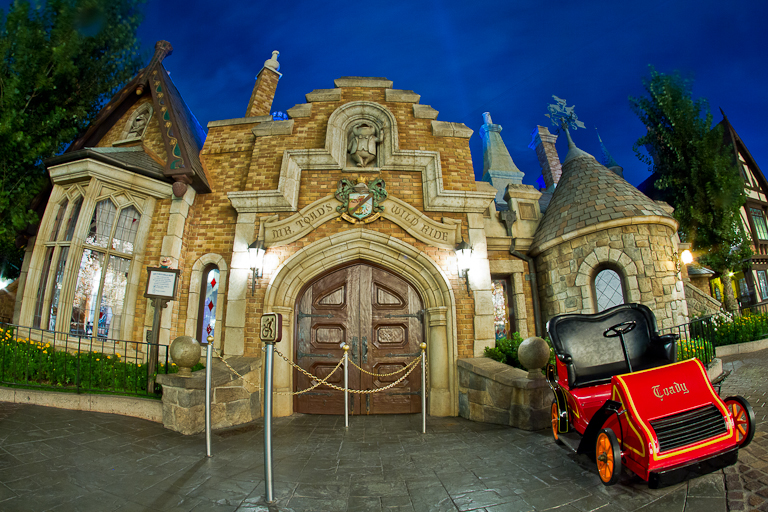 A look at the castle from the Sword in the Stone. 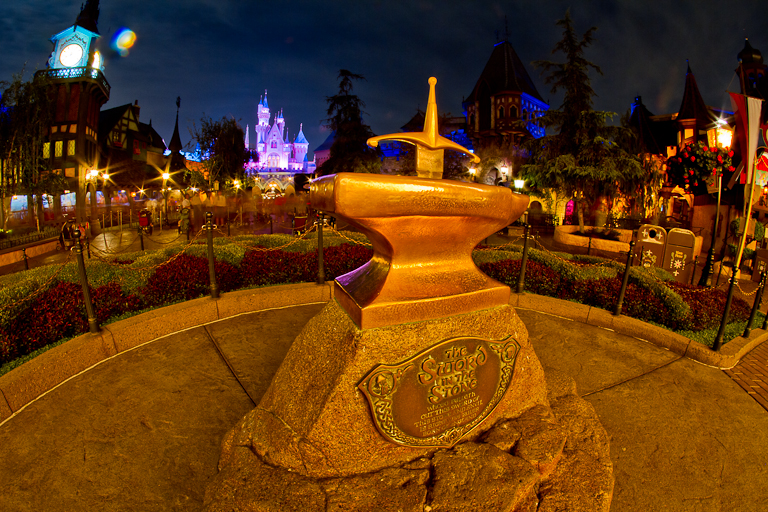 And back towards the carrousel. 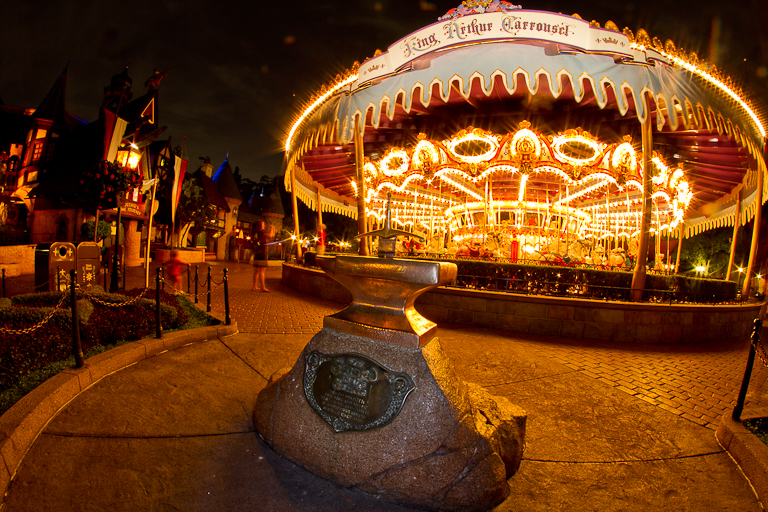 Then a few shots of the castle. 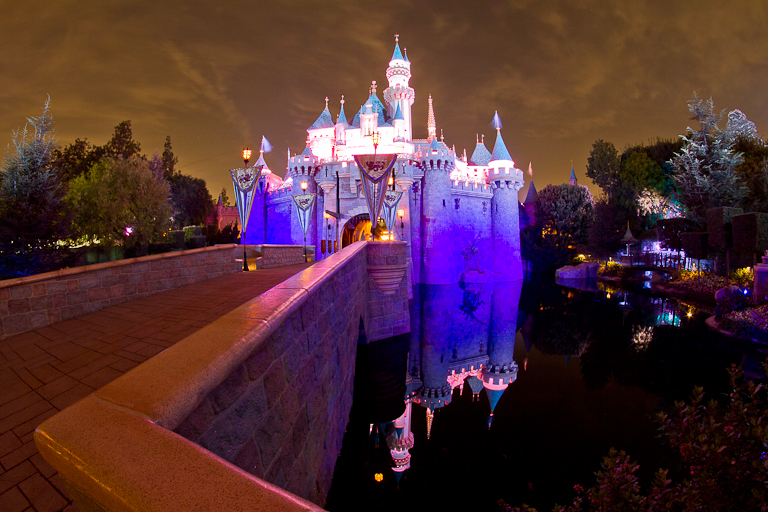 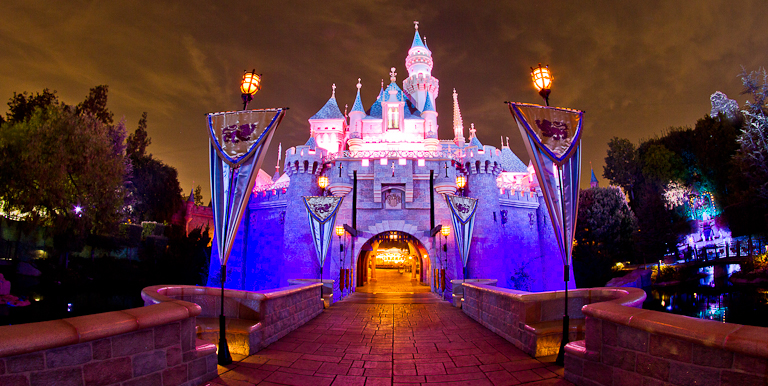 As I was taking a photo of the Astro Orbitor, a security guard came to let me know that he could only let me take a couple more photos and then we would have to leave because there was a private event that night.

A quick photo of the entrance and it was time to walk to the car. 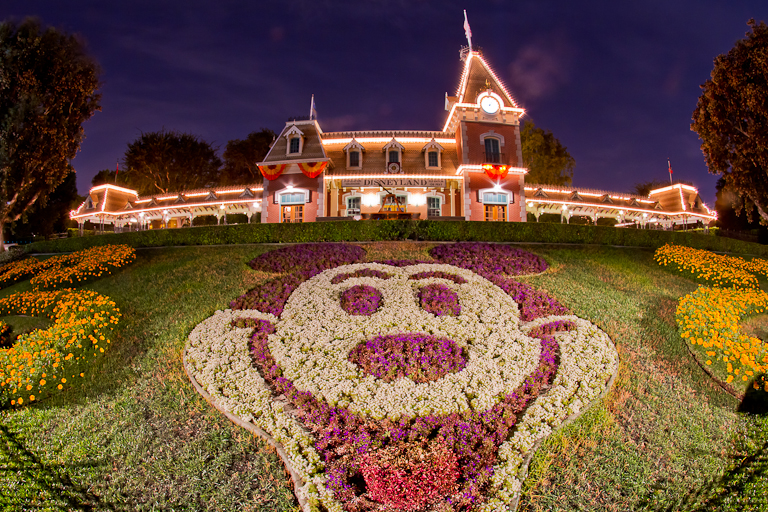 I think I'm going to like this new lens!  Another fun day at Disneyland!
Posted by Joe at 12:31 PM