Once again, Lays has asked us to Do Us A Flavor and vote for our favorite of four new chip flavors.
From January 20th - March 30th, entrants were invited to send Lays a flavor name, the ingredients, and the inspiration behind it.
In July, four finalists were announced. Just for making it to the finals, the four entrants won $50k each. Not bad at all.
Once America has voted, the winner will receive $1 million dollars, plus have their flavor become a permanent member of the Lays chip family. Let's check them out in no particular order. 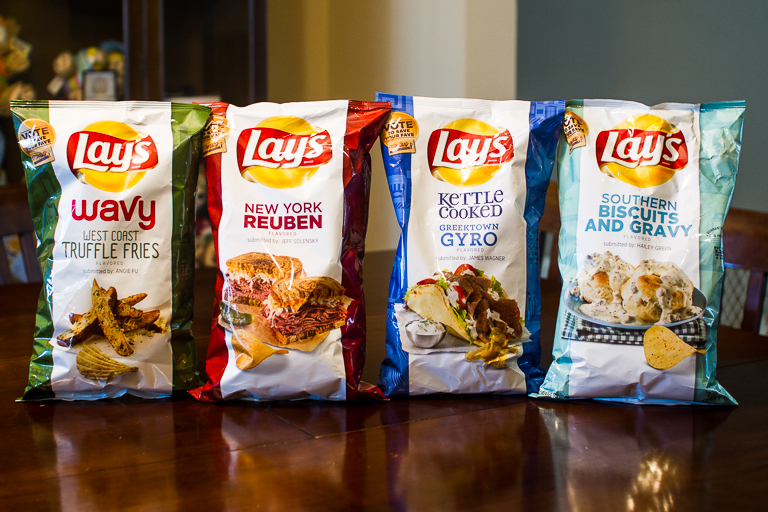 
"Every time I see Truffle Fries on the menu, it is the first thing that I order... the aromatic flavor of truffle is mouth-watering!" 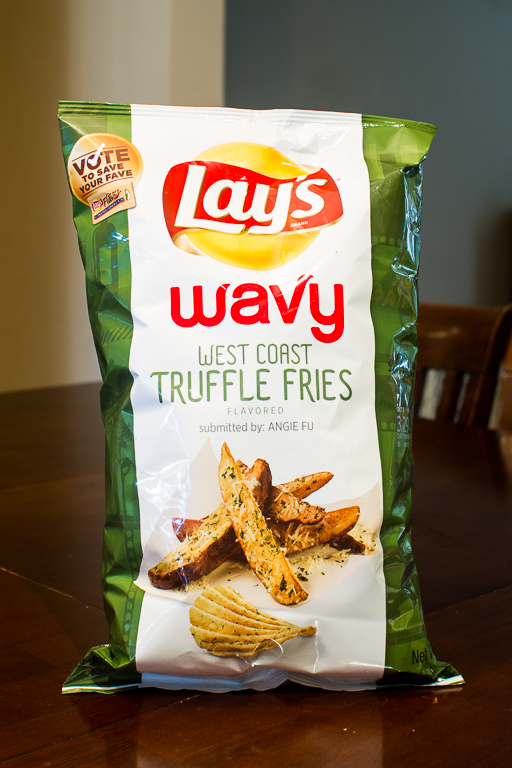 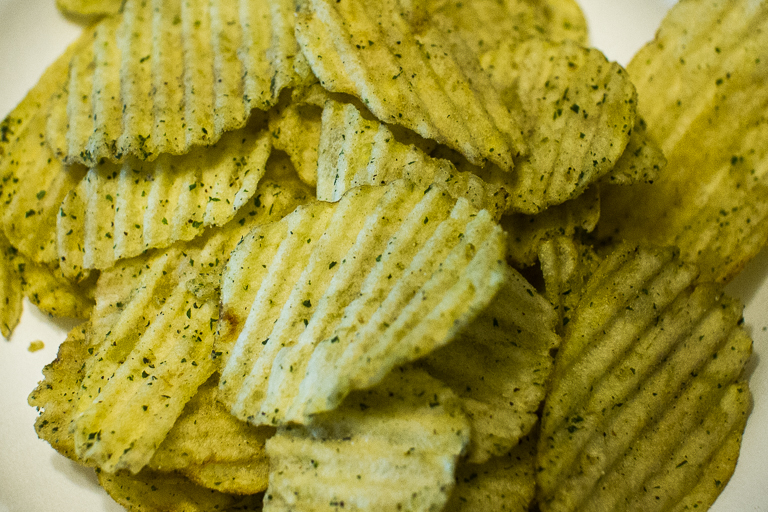 "I work in a restaurant where Reuben sandwiches are a big seller. It reminds me of my upbringing on Long Island, where delis are very prominent." 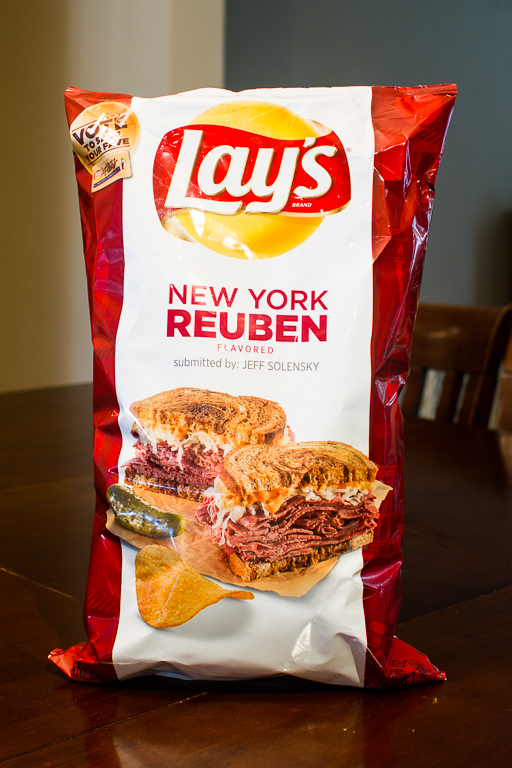 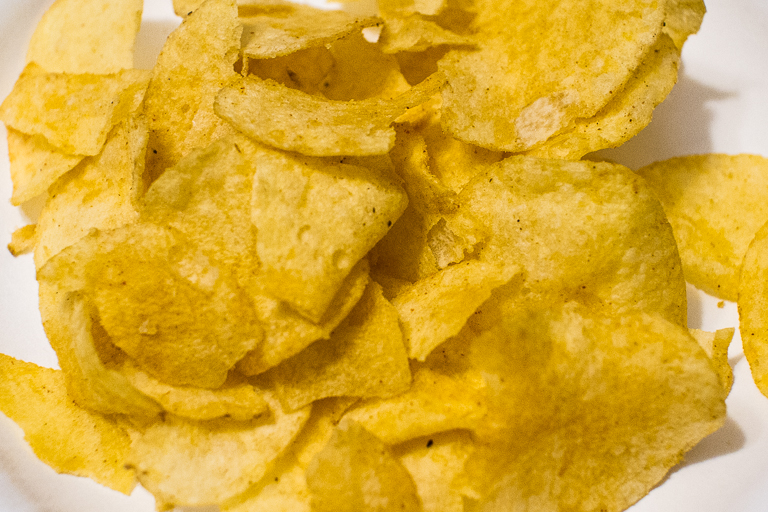 "There's a great little Greek place in town that makes the most amazing gyros. The uniquely cooked and flavored meat, covered in tzatziki sauce, onions, lettuce and feta cheese in a fresh pita... mmm!" 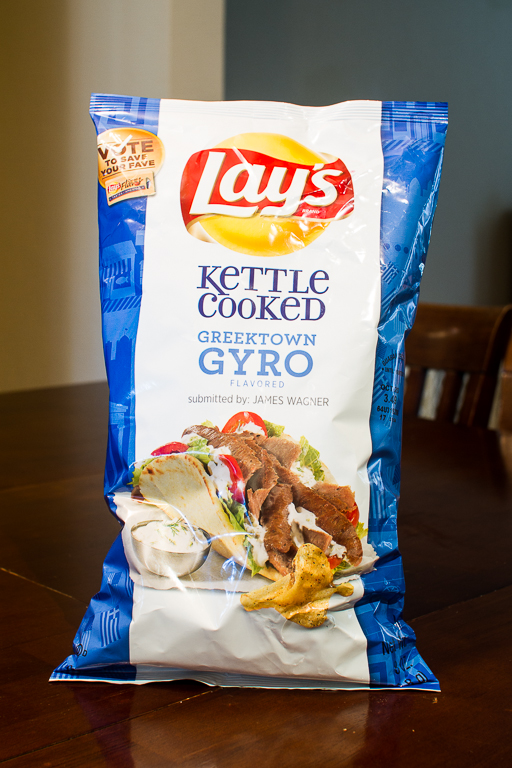 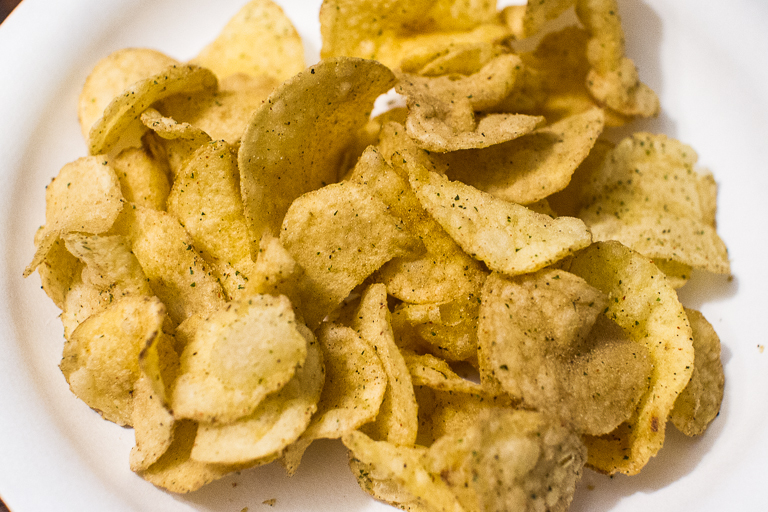 "My Grandma (Nonnie) and Grandpa are from Tennessee, and Nonnie is a walking cookbook full of southern staples. My absolute favorite dish that she makes is her homemade biscuits & gravy!" 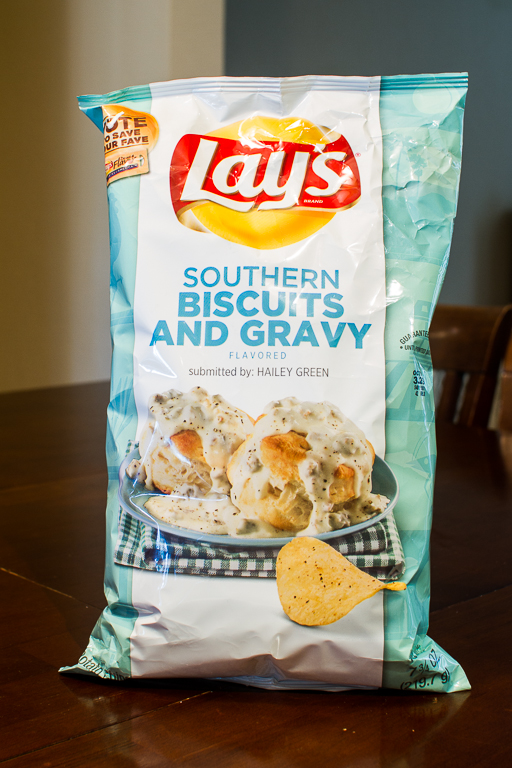 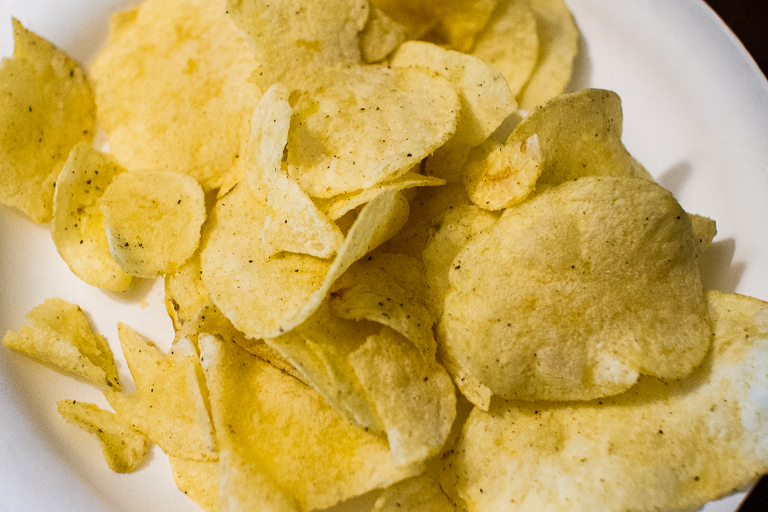 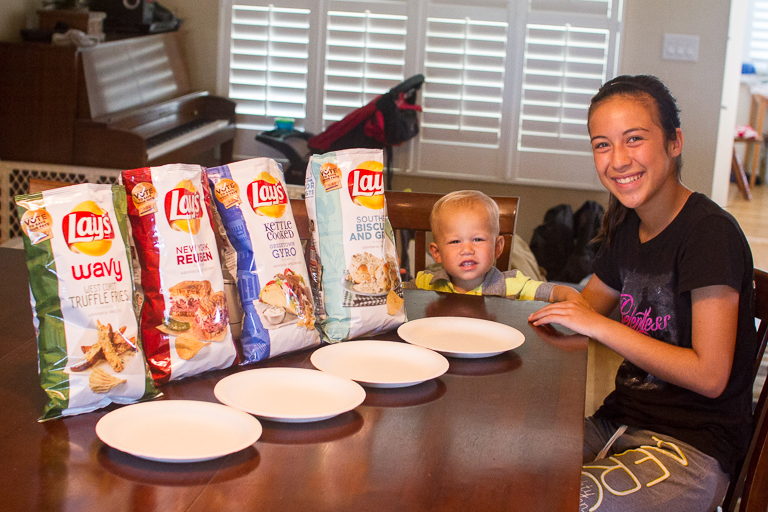 I laid out all the flavors for us to sample. I think we all had ones that we were looking forward to most.
I love truffles, and am really hoping the truffle fries turn out great.
Ethan and Ty enjoy big reuben sandwiches and want to see how those taste.
Rita wants to taste the greek gyro.
And every year there's an "interesting" flavor, and I think biscuits and gravy fits that bill this year. 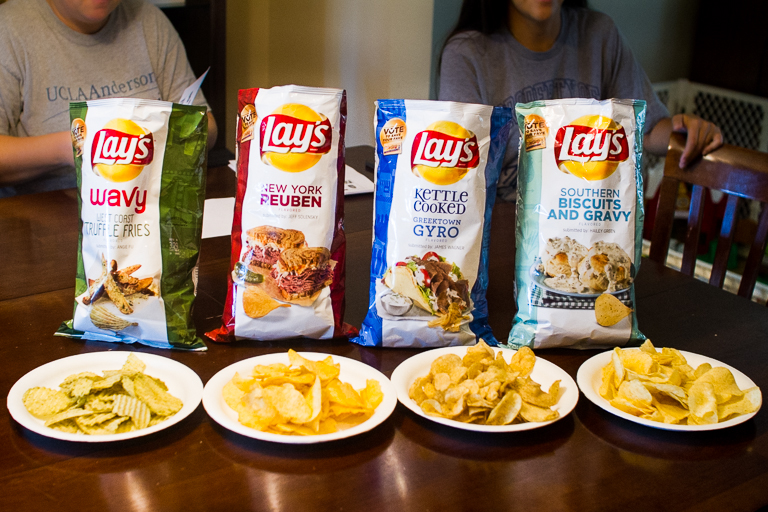 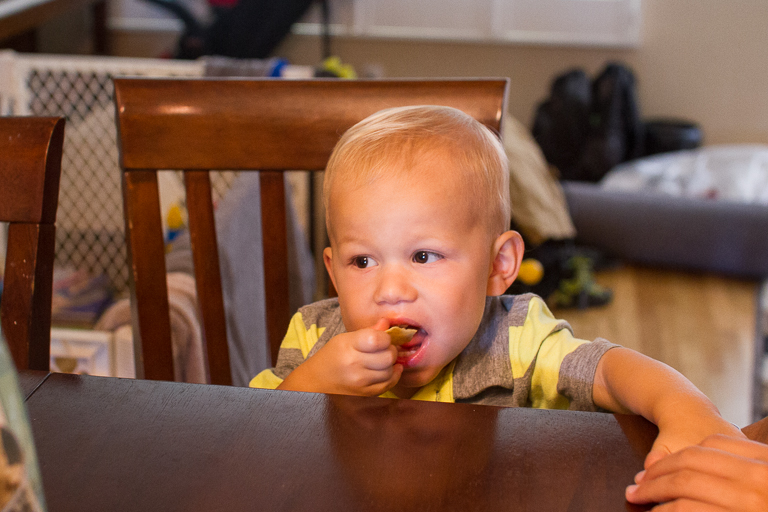 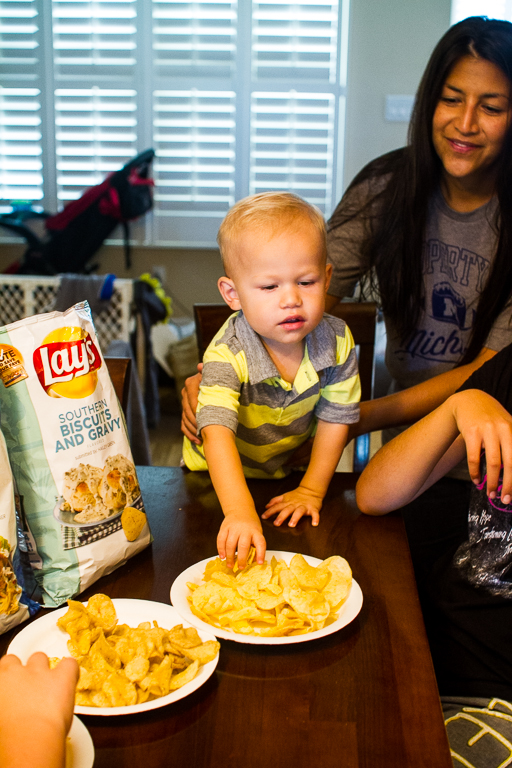 I don't think Aubrey is enjoyed the biscuits and gravy, though Ian certainly did. 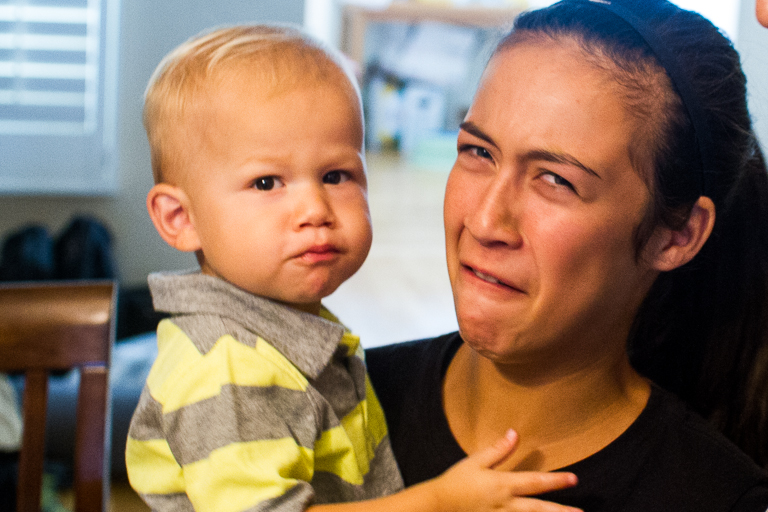 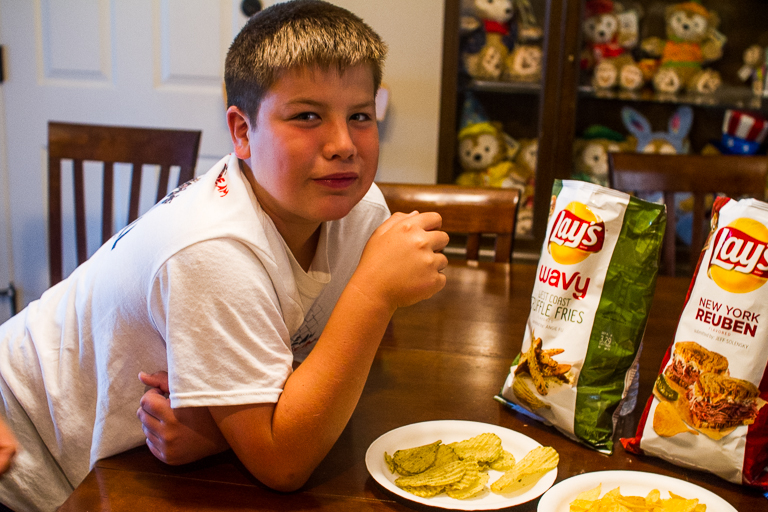 So what's the verdict? Here's our thoughts.

West Coast Truffle Fries - Quite a few people ended up liking this one, saying it was either their first or second favorite. Personally I had a hard time tasting much truffle flavor. T summed it up best I think, saying it tasted a lot more like a sour cream and onion chip. I wish it had more truffle flavor, so I was a bit disappointed.

New York Reuben - I could mostly taste the sauerkraut, while Rita got strong hints of the russian dressing. Ethan thought he could taste the corned beef. Ethan really preferred this flavor, but wished it would have been a Wavy Lays chip.

Greektown Gyro - Rita was most excited for this one, but didn't like how it actually turned out. I tasted a very strong tzatziki flavor, and really liked the chip texture with it. It's on a kettle-cooked chip. Tyler liked these the most!

Southern Biscuits and Gravy -  This was the wild card. It could be good or not. Turns out, it wasn't bad, despite what Aubrey's face showed. It had the overwhelming flavor or sausage. I wouldn't eat a whole bag of these chips, but eating a couple of them wouldn't be too bad.

For me, there was no clear winner this year. None of them were bad, but I didn't love any either. Not like the very first year when Chicken and Waffles was one of the flavors.

I think of all of all of them, I liked New York Reuben the most.
That's who I'll be casting my vote for on DoUsAFlavor.com.
Whichever finalist gets the most votes by October will win $1,000,000!