It's Fall, which means there's all sorts of holiday versions of foods and beverages coming out. I'm always up for interesting flavors like that, so I rounded up a few of my favorites and on a lazy Sunday afternoon, Theresa, Ian, and I tried them all. 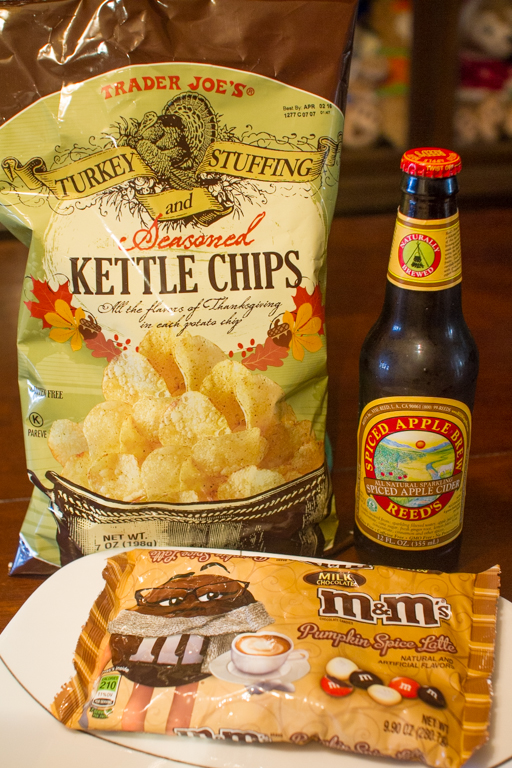 Pumpkin Spice is all over the place, so it wasn't a big surprise to see M&Ms getting into the game. I happened to find these while I was out at Target. 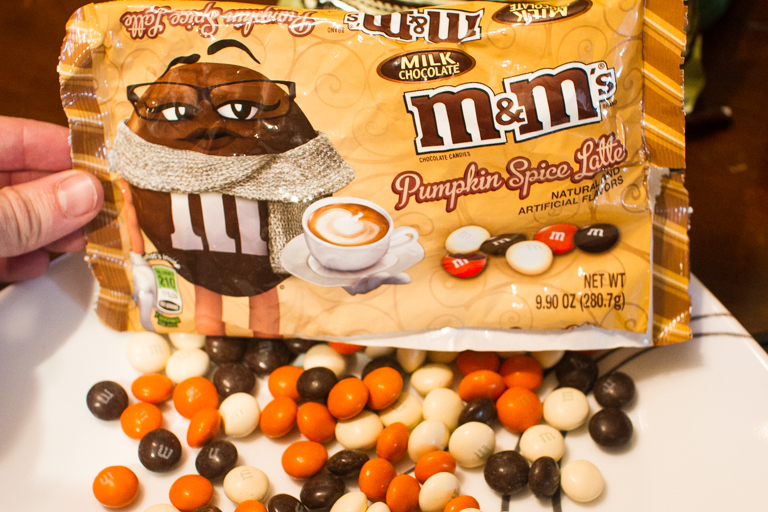 Someone was ready to dig in. 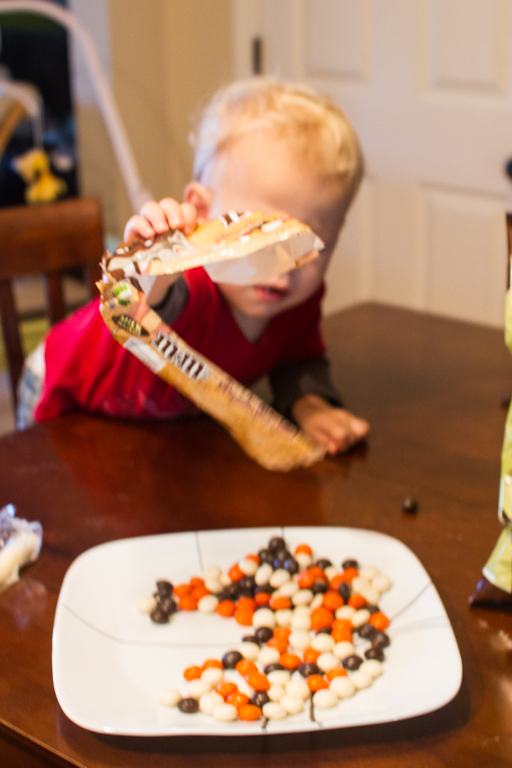 Reviews for these were mixed. "Yuck" was what Theresa thought. Ian on the other hand loved them. He probably got 5 of them in his mouth before we could slow him down. And after I moved the plate to the other end of the table, he climbed down from the chair and popped back up on the other end of the table to get more.
If you think you might like pumpkin pie spice mixed with chocolate you might like this. The spice flavor is a little strong, but I'd probably be disappointed if it was a little more subtle. It needs to stand out and be punchy. 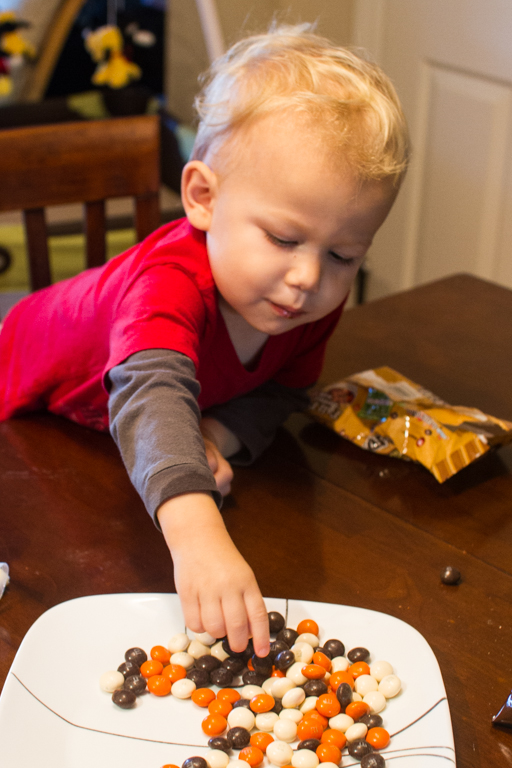 Next up were Turkey and Stuffing Kettle Chips. I saw these on my Facebook feed and knew I'd have to track them down. 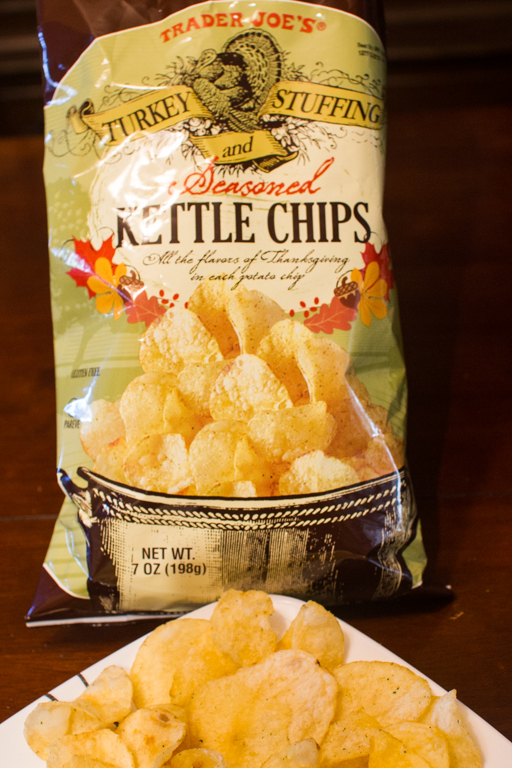 I really ended up liking these. I'm not tasting any of the turkey flavor, but the stuffing seasonings come through. I do wish it would have been a little stronger flavor, but I'm not going to complain too much. I'm snacking on them right now as I'm writing this.
Theresa thought they were just okay, and Ian likes just about any chip you give him. He was too distracted by the M&Ms to spend too much time with the chips. 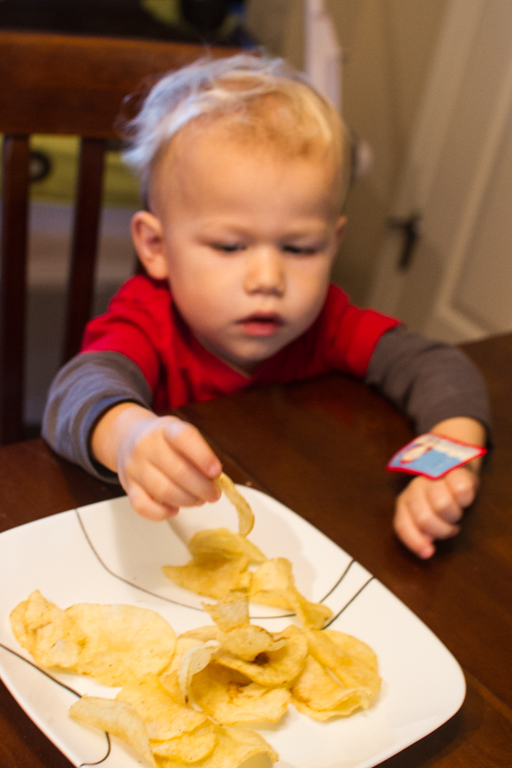 Lastly was a non-alcoholic Spiced Apple Cider I found while perusing the nearby Whole Food World Market for interesting soda flavors. This sparkling apple cider is flavored with ginger and cinnamon. 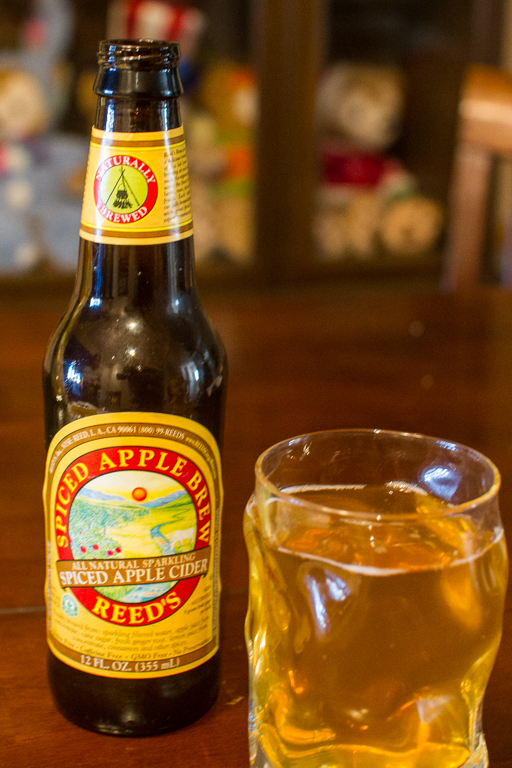 Ian doesn't get carbonated beverages very frequently at all, so it's always interesting to watch him try them. 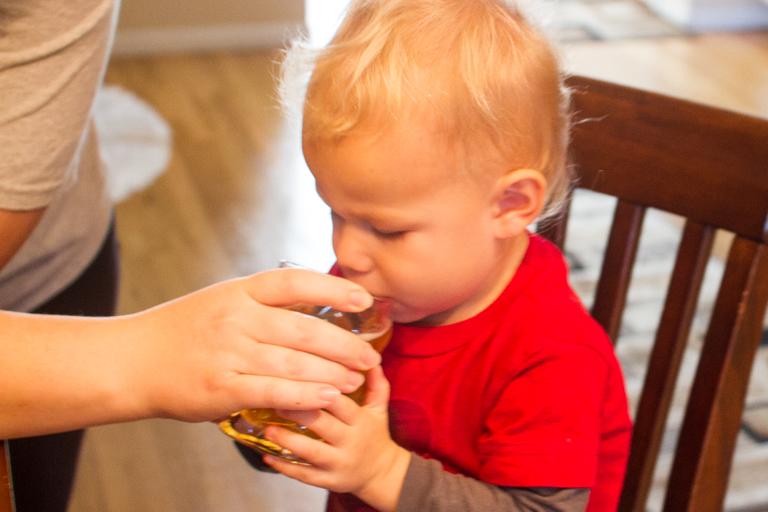 Getting the initial shock from the carbonation. 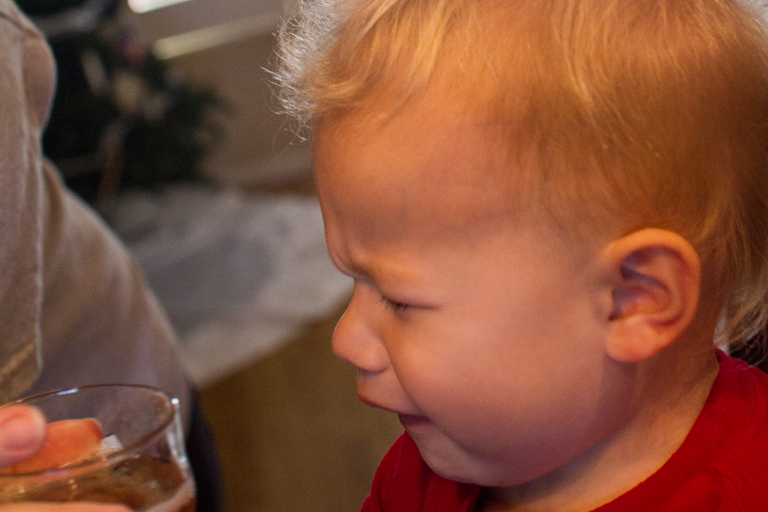 After a few tastes though, he was happily licking his lips while he waited his turn to taste it again.
Theresa thought it was good, but she would prefer Martinelli's Apple Cider. I actually like this better than Martinelli's as the ginger gives it a little heat and the cinnamon gives it a more complex flavor. 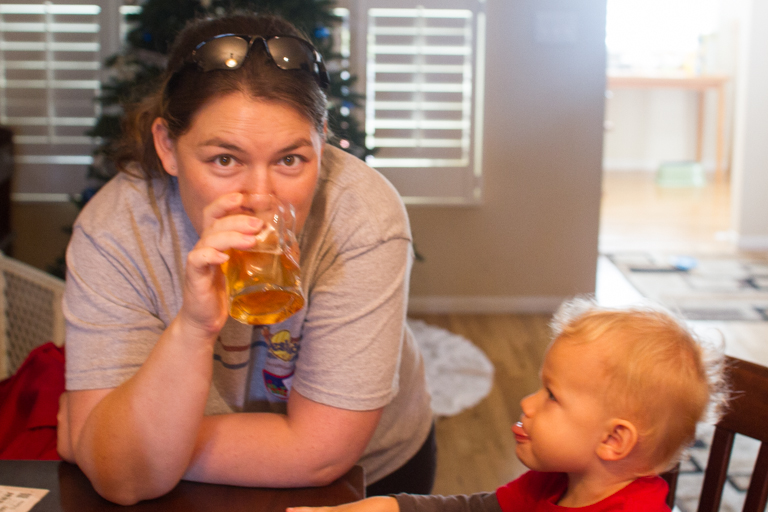 After we were done, of course we have to play a little bit. Who else is going to teach you that you can make a bottle whistle?