It's Dapper Day weekend at the Disneyland Resort! One of the fantastic benefits to Dapper Day are the great hotel discounts. Rooms at Disney's Grand Californian Resort that usually run $450-550 can be had for only $254 per night! That's enough incentive for Theresa and I, which means we'll be here all weekend!
After dropping off our luggage, it was off to Downtown Disney to find lunch.
Disney is promoting Captain America: Civil War by giving out these fans allowing you to show your support for your favorite character. Sides have been chosen! It's a house divided. Next we said hi to Elmo the parrot outside the Rain Forest Cafe. 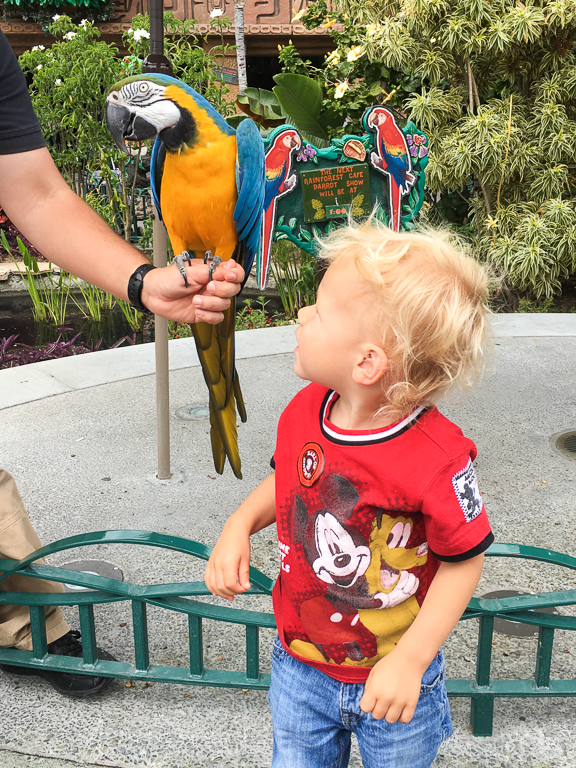 A couple weeks ago our group enjoyed all the booths at the DCA Food and Wine Festival. My favorite booth was the one labeled Gold Rush, which had a delicious mac and cheese, as well as fried artichoke chips. The mac and cheese was just as good as before, but the artichoke chips were a bit of a let-down. The pieces seemed especially small this time, and they tasted like they had been sitting for a little while. Probably better to visit this booth when it's a bit busier. 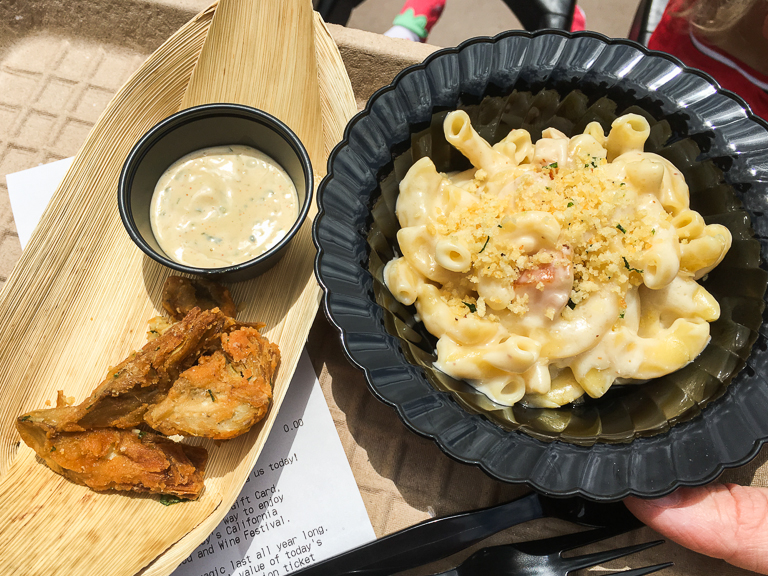 Let's go on some rides! Ian loves those carousels. Theresa and I joked that we have two Premium APs, but all we ride are the carousels. Well whatever makes the kids happy. 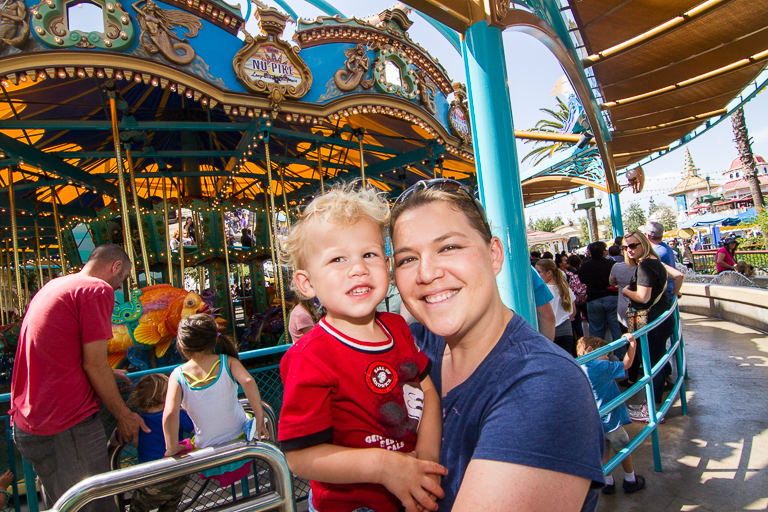 Alli has had enough and decided she'd rather take a nap. She's only 6 months old, but she seems so big now! 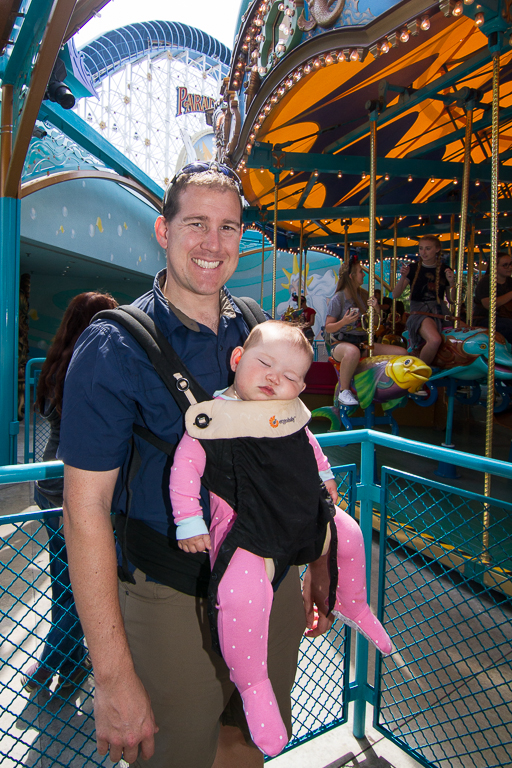 Only 5 minutes to get on. Another reason the carousel is popular with us. 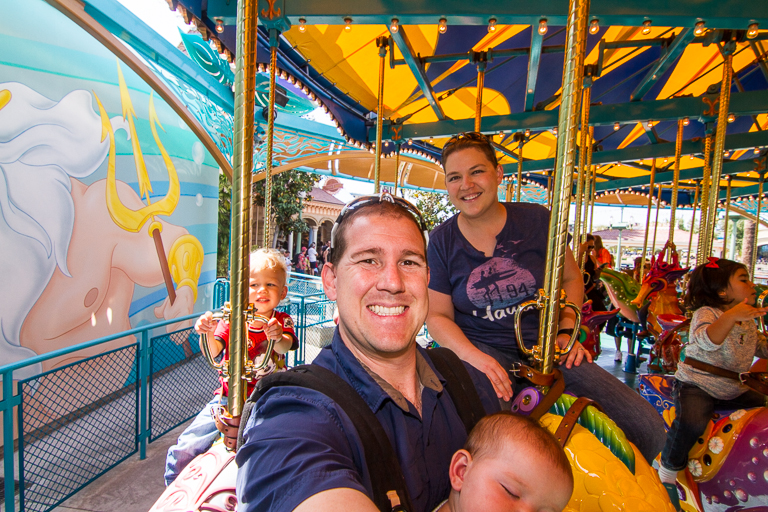 With such a short wait, we ended up riding 3 times, and Ian got to pick his favorite animal to ride each time. 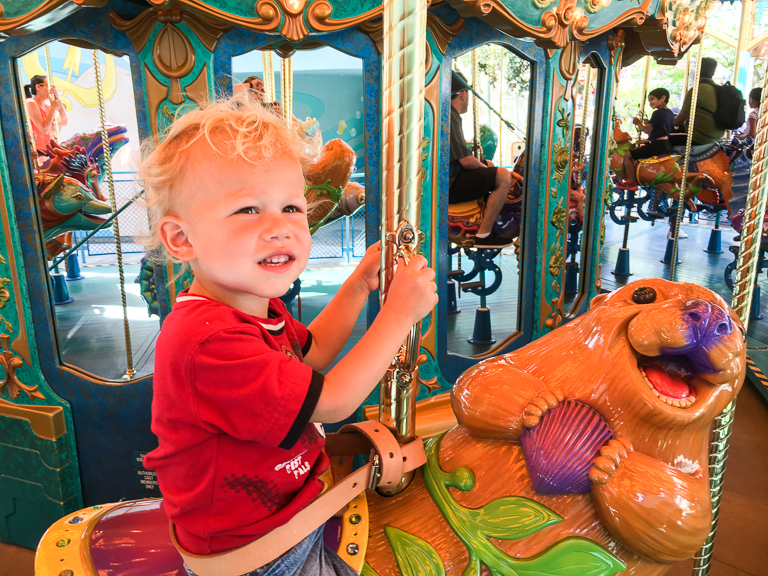 There's another attraction that we rarely find ourselves at, but now that Ian's a little older T and I were sure he'd love. Playhouse Disney with Mickey and Friends! While we were waiting for everyone to line up, Ian asked if he could go swimming... 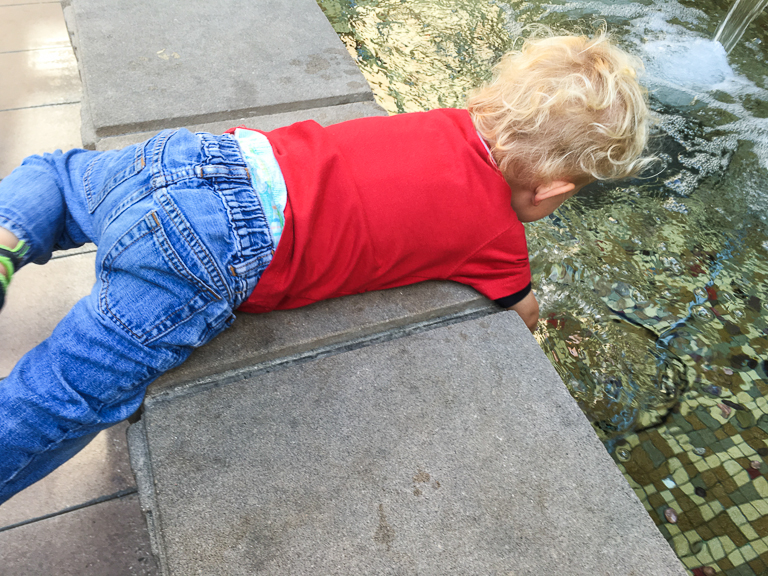 No swimming buddy, but go ahead and splash around. He got a kick out of getting his hands wet and then giving me a hug. 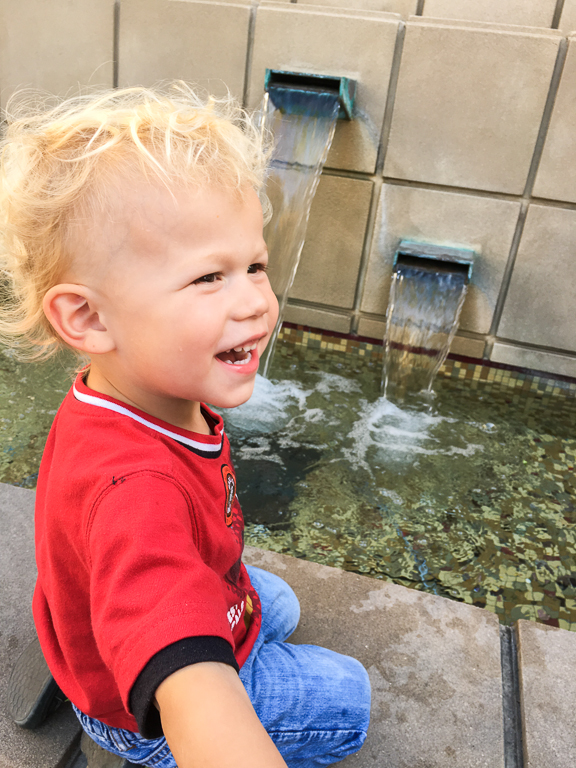 This is the first time I'm seeing these new bubble makers. Disney used to sell bubble guns, but I haven't seen any of those around for a little while. I'm guessing it's due to the ban on all things resembling weapons.
These new Little Mermaid bubble wands seem to produce a ton of bubbles, plus they can just be turned on to constantly make bubbles (versus holding down the trigger to a bubble gun). 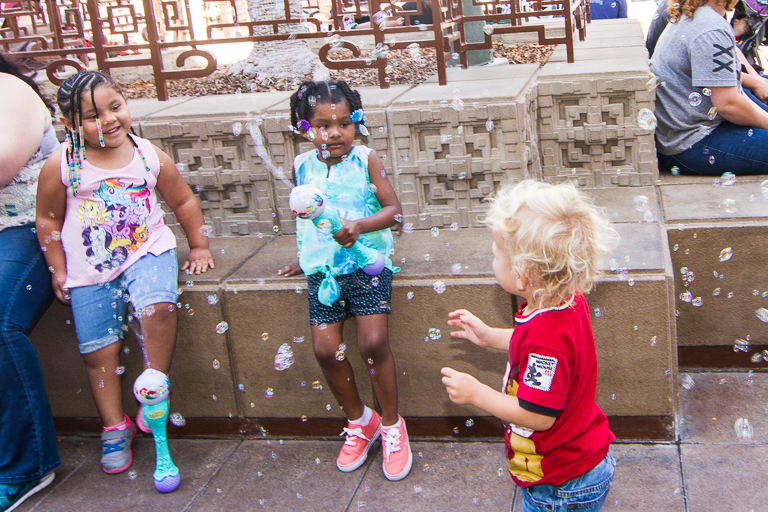 Luckily for Ian, there were a few little girls who were more than happy to go crazy with the bubbles for him.

Time to catch the last showing of Playhouse Disney tonight. 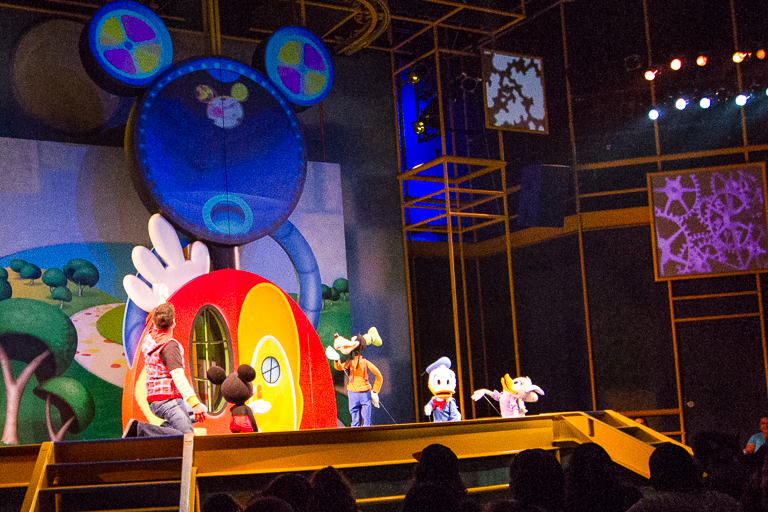 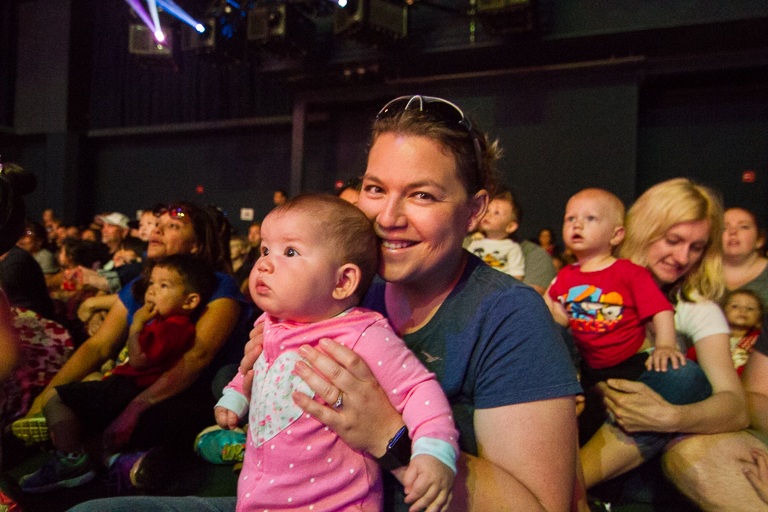 Ian liked seeing the characters, but absolutely loved picking up the confetti. What kid doesn't? 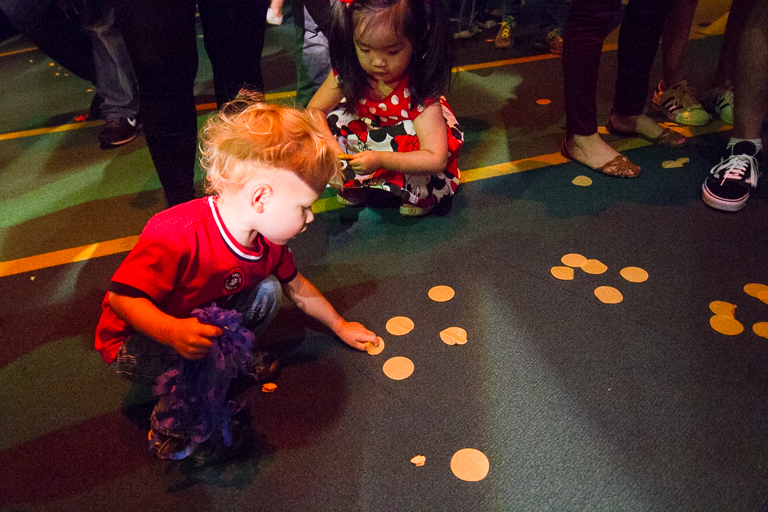 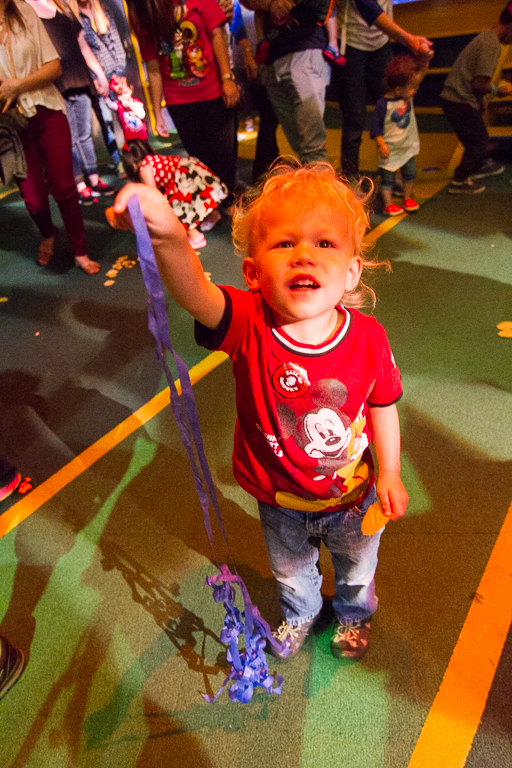 Time for dinner. Theresa got a jump start on dessert. After buying a fruit plate and a hot dog for Ian, we were left wondering what to have ourselves. 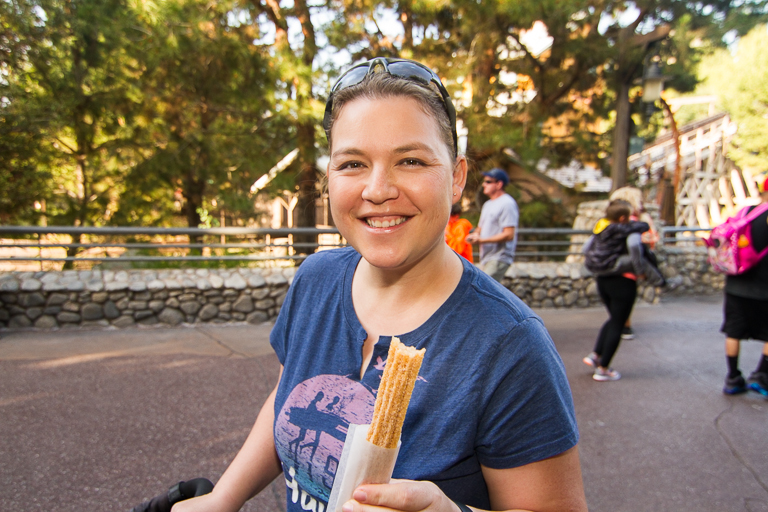 I wonder if Napa Rose does take-out?
Turns out they do! 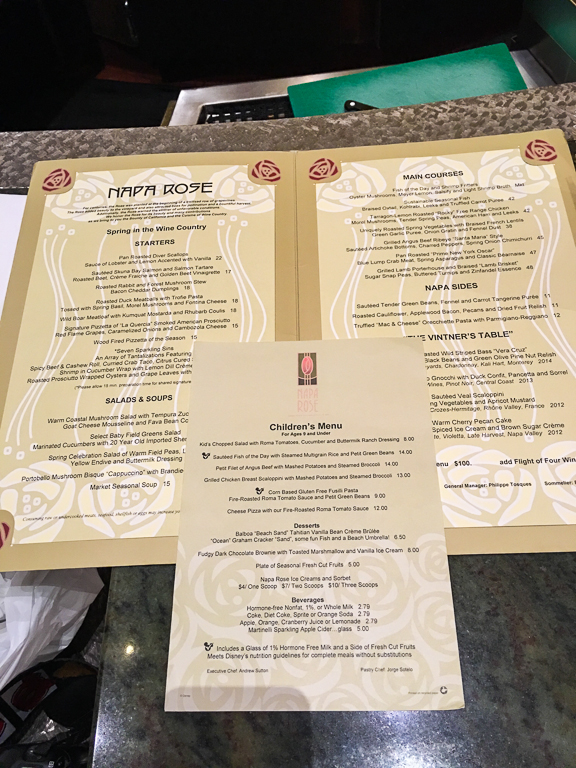 We had plenty of room in the car for packing, so it was pretty easy to find room for each of the kid's highchairs. It certainly made eating in the room much easier. Theresa and I were very happy with our take-out dinner from the Napa Rose. Their signature pizzetta and truffle mac and cheese are some of the tastiest foods you can find anywhere at the resort! 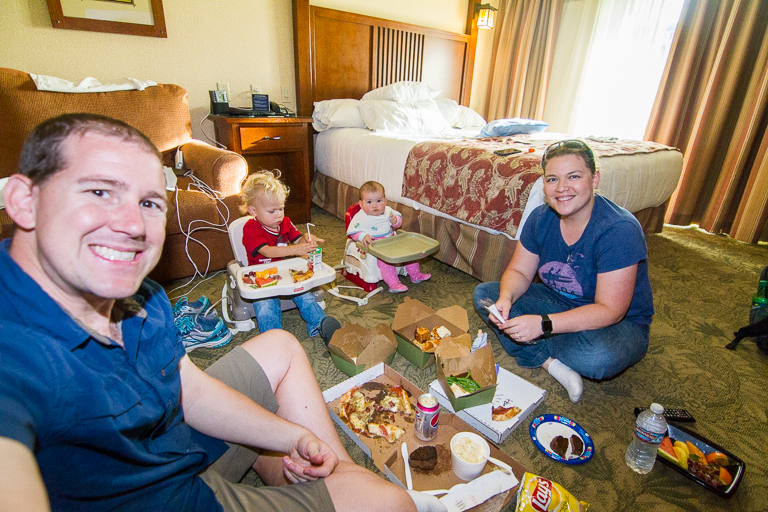 Tomorrow morning Disneyland is open at 7am for Early Magic Hours, just for hotel guests. Will we make it? Tune in next time to see!
Posted by Joe at 8:00 PM