Go Broncos Go plus a visit from Gram

Football season is finally back! That's definitely cause for celebration! 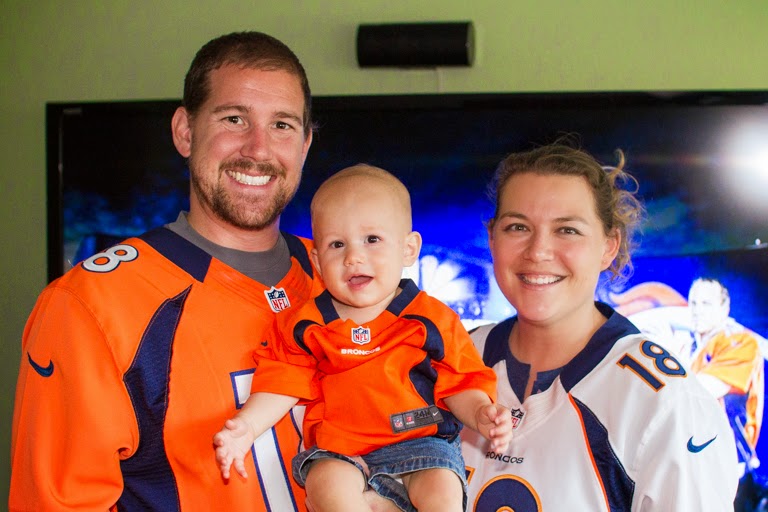 And not only that, but Gram is here for a visit too! What a great weekend! 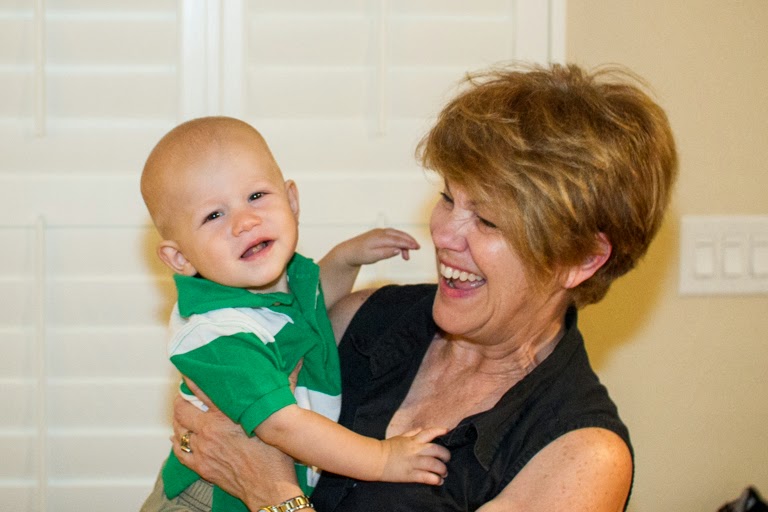 Someone is happy his Gram is here visiting. 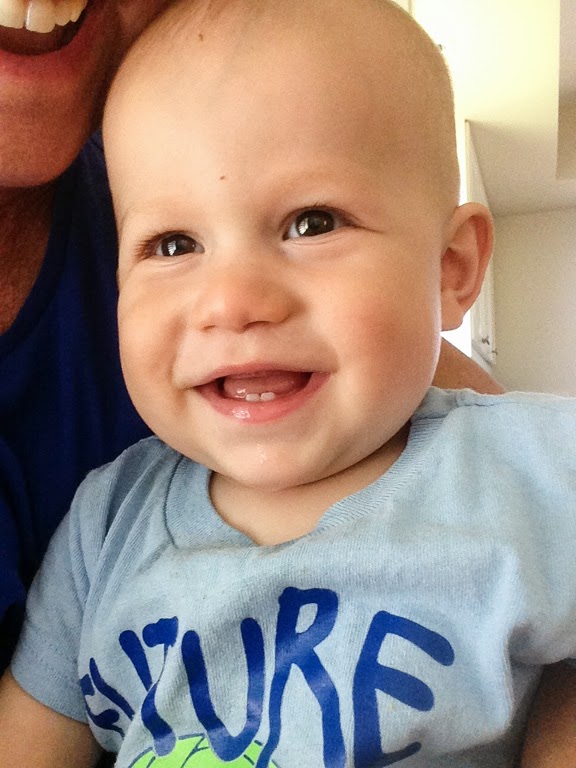 We put some Cheerios in a bowl on one of his toys, so he always knows where he can find a snack. He found a toy in the bowl and tosses it out before continuing on the Cheerios. He's getting so big! He grabs a handful of them, then stands up without holding on to anything to eat them.

Gram has some fun ideas for new "toys". Forget things that light up or make noise. He's happy with lots of bits of paper. 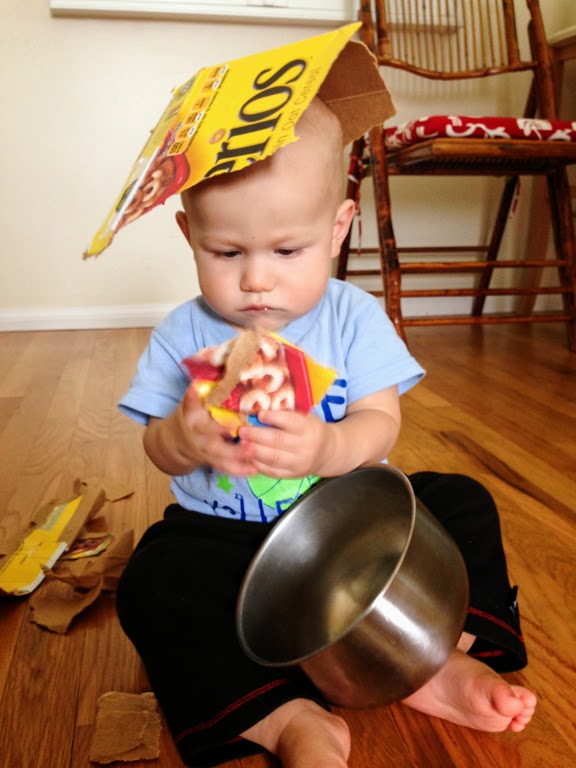 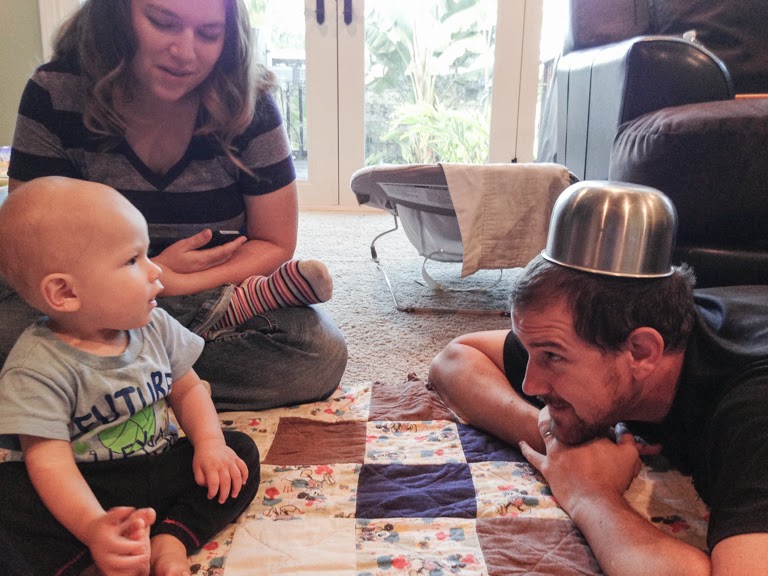 One of his new favorite places to catch a ride. 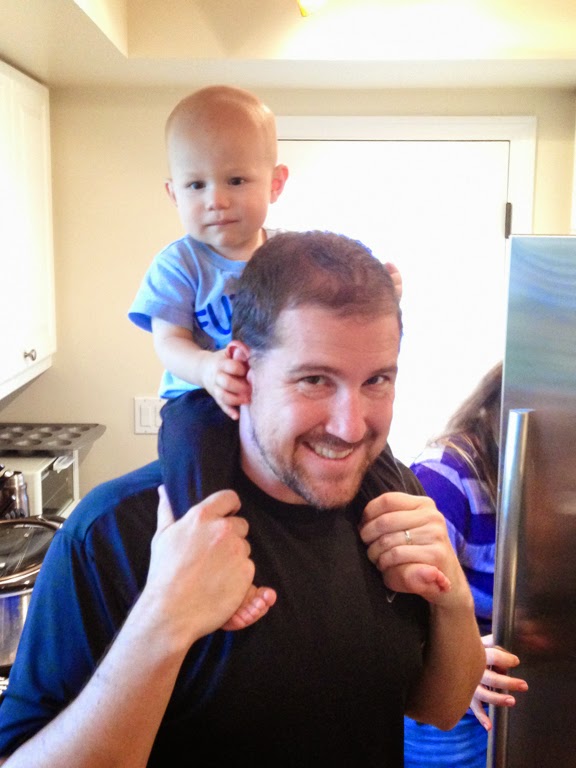 Gram taking some pictures in his room with two of his friends, Tigger and Pooh. 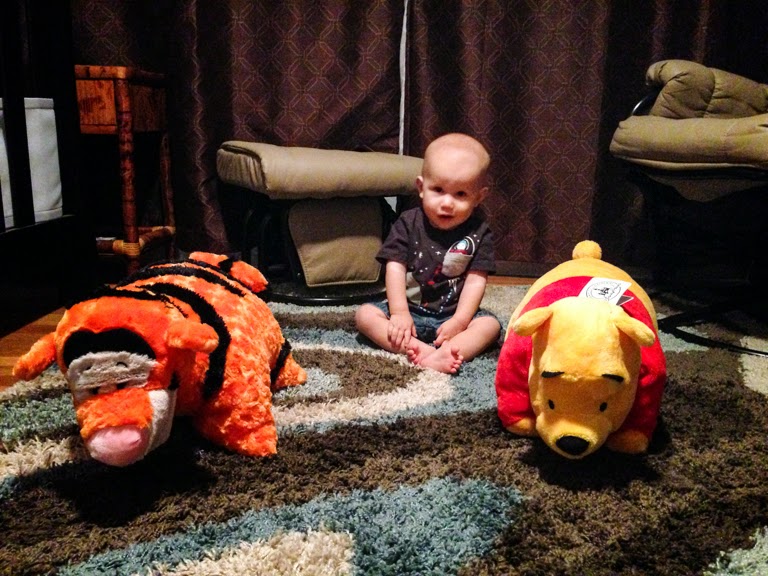 All of them looking up at the ceiling fan. 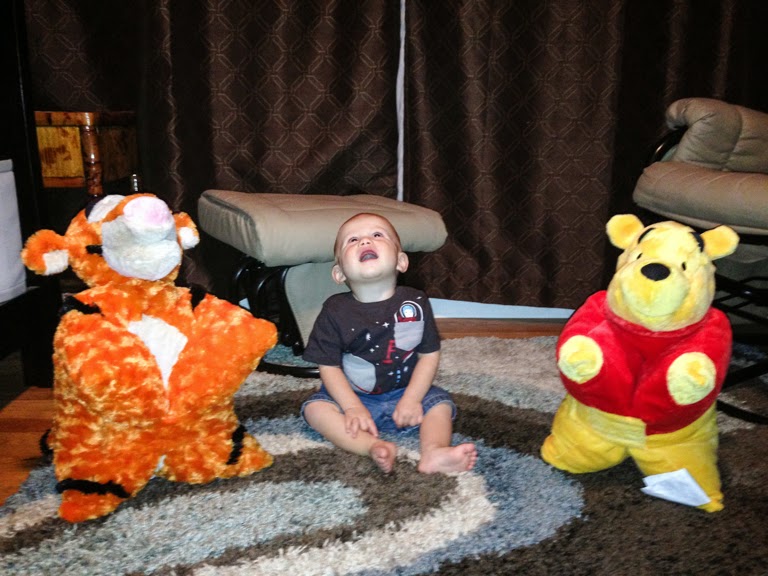 For Sunday morning breakfast we made waffles like we did a couple weeks ago. Ian has already learned that me holding up my camera means a bright light is about to flash his eyes. He's preemptively closing them already. 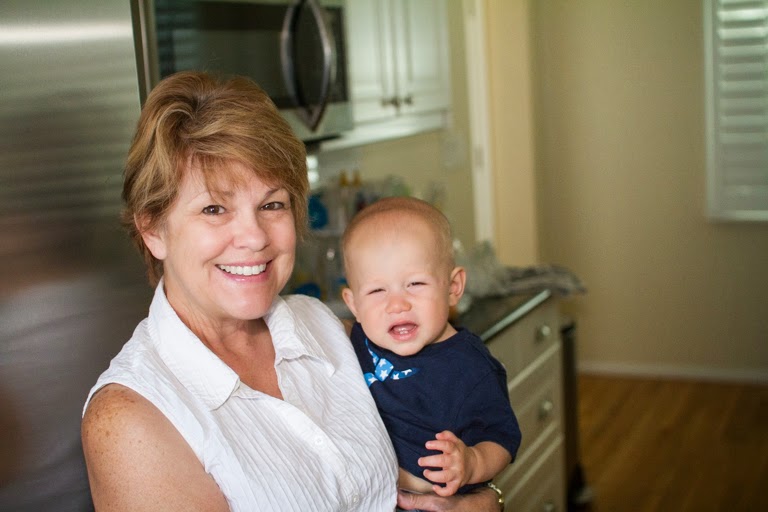 Once again T made strawberry syrup; this time she made enough for leftovers. 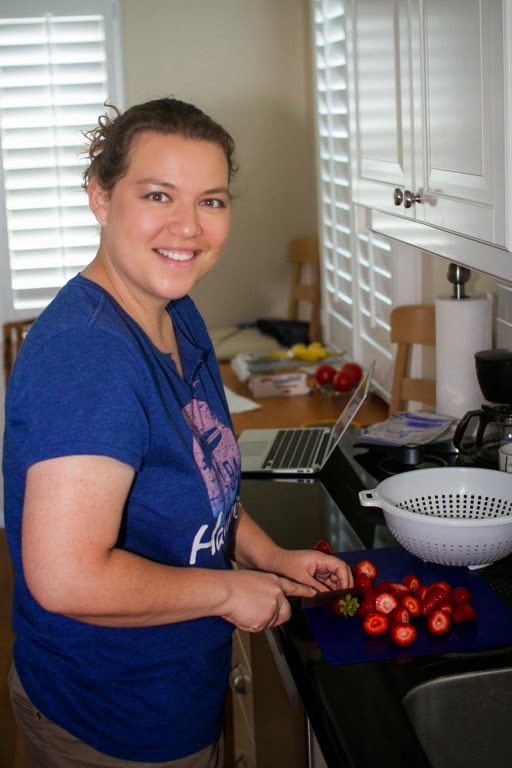 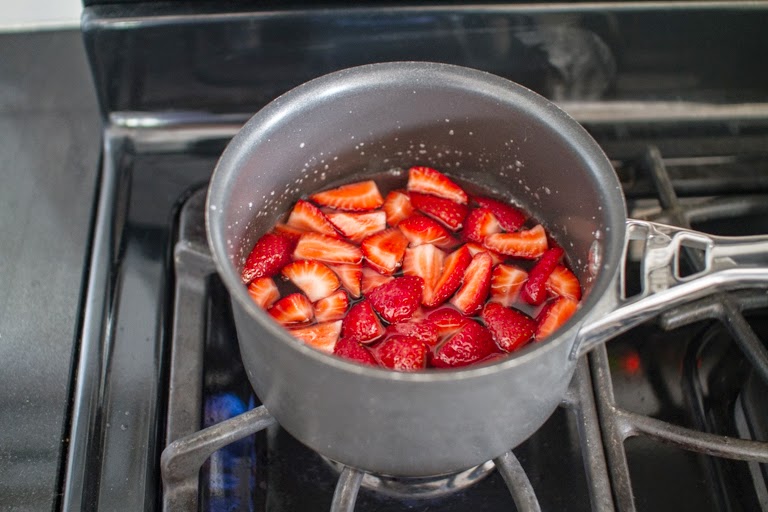 I'm in charge of making the waffles. 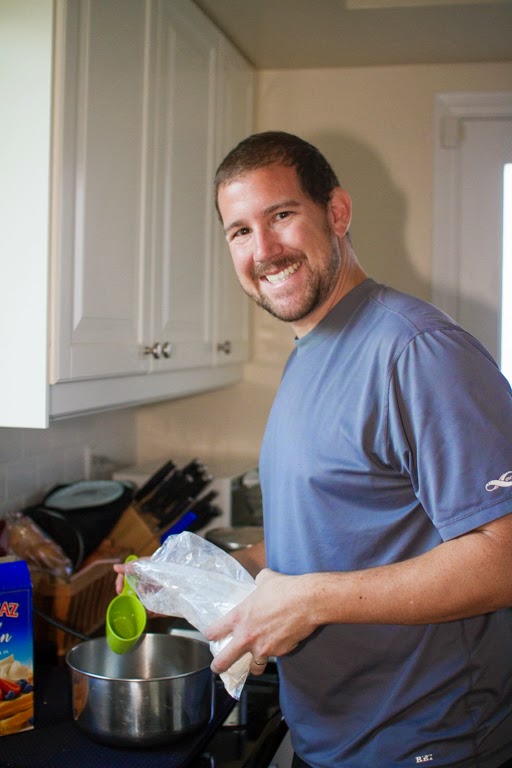 Ooh, and this time Ian got to have a taste. First he had a tray full of strawberries and Cheerios, then T gave him some bits of waffle. 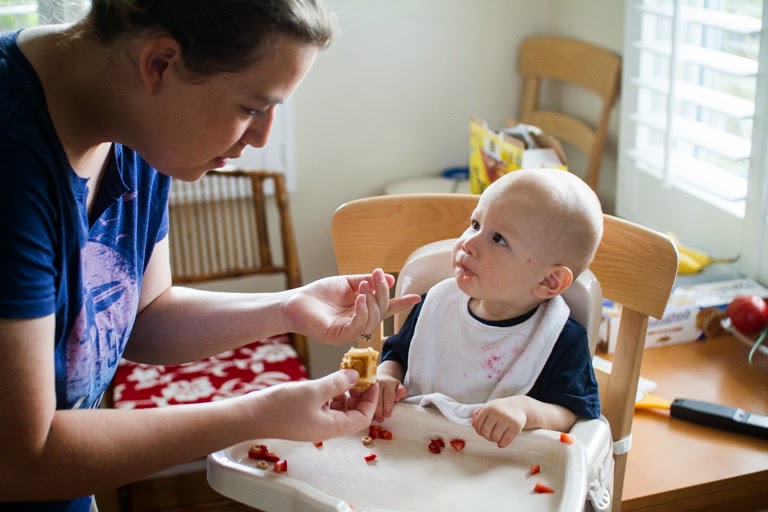 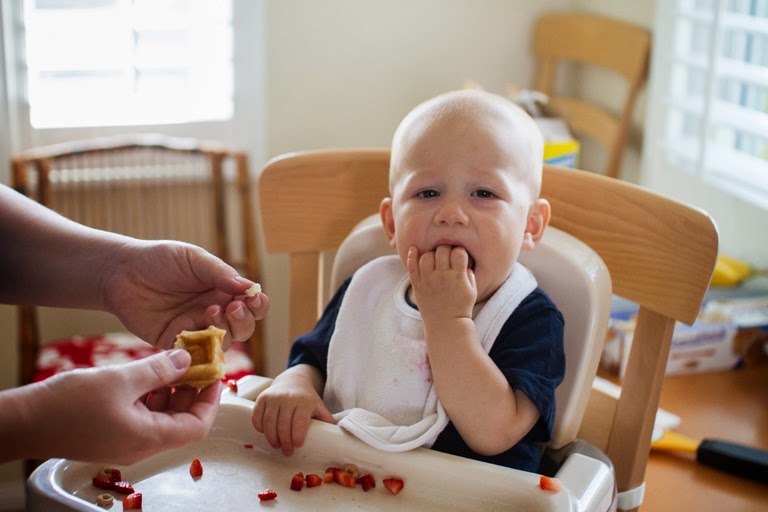 Now that looks like a good breakfast! What's this? Two kinds of waffles? 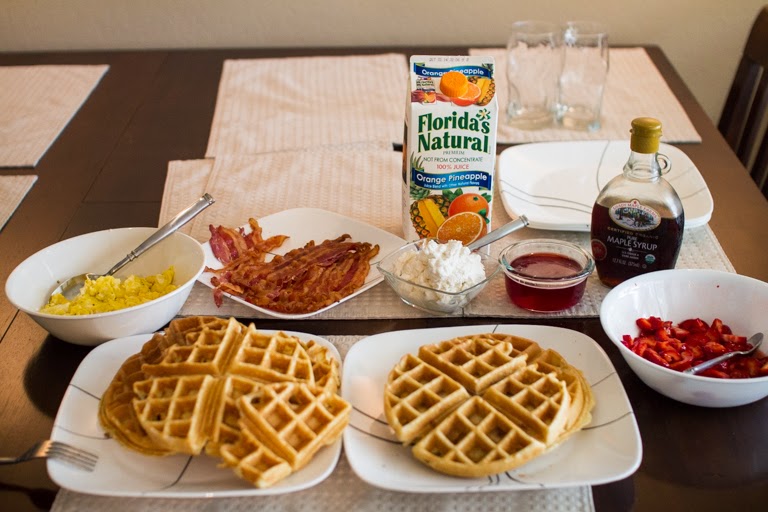 Oh yes. I cut up some of the bacon and mixed it in to the waffle batter. 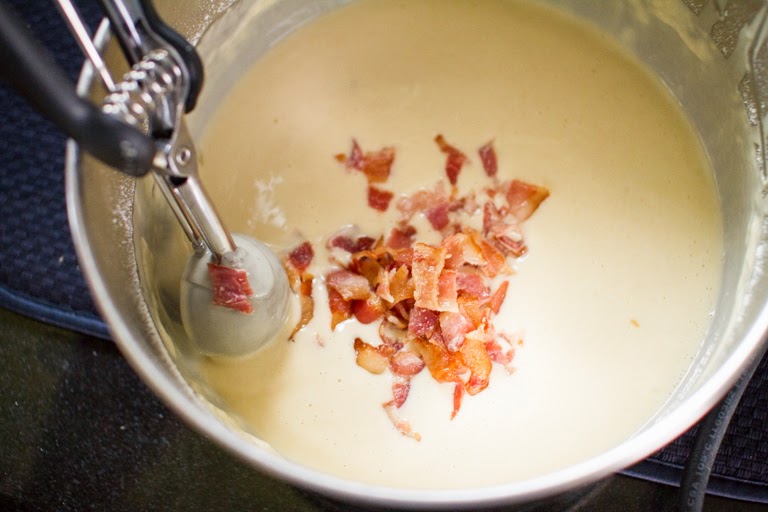 Which produced bacon waffles! Top that with maple syrup and butter and I don't know how you can improve that much further. 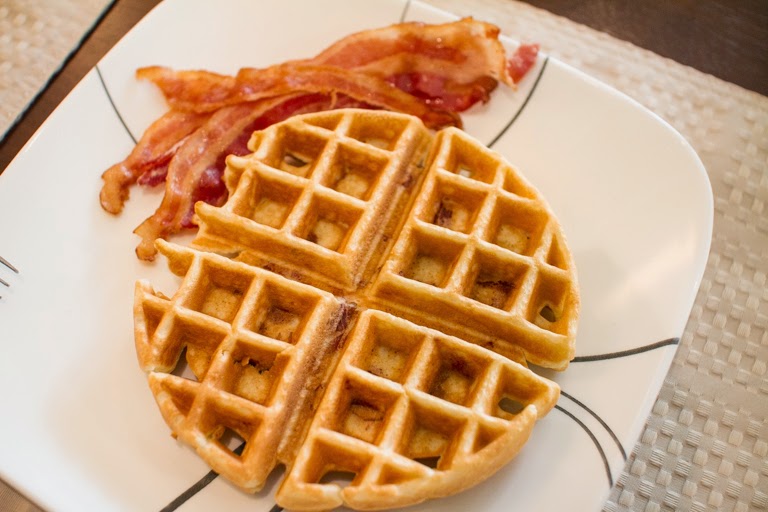 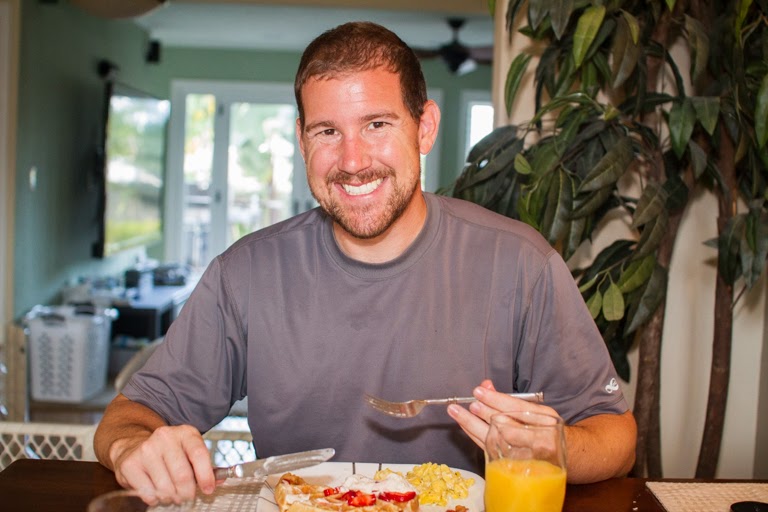 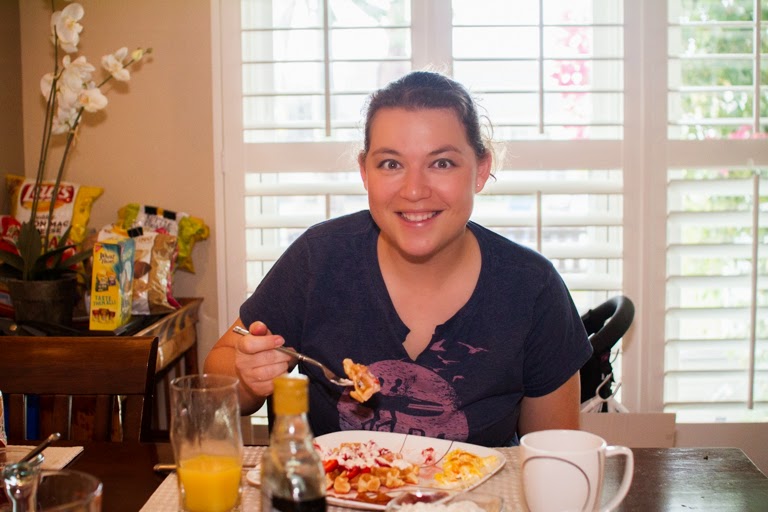 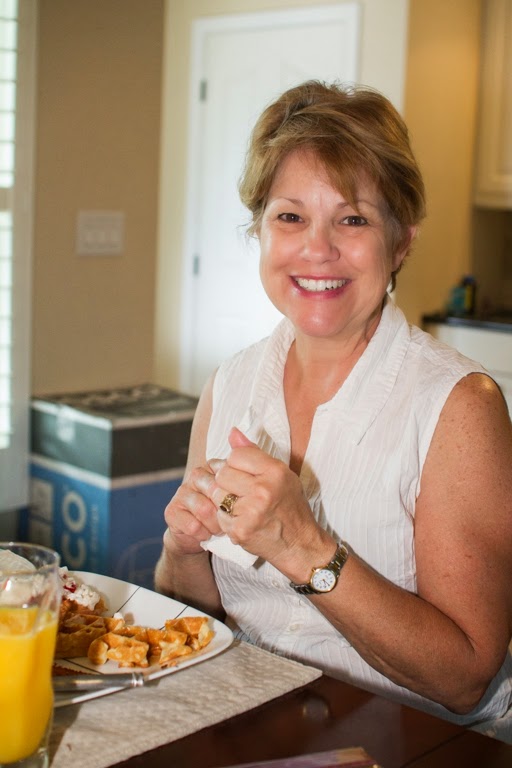 After brunch we had a surprise visit from Lacey and Jonathan. They're out taking their very first walk with their new baby. Thanks for stopping by! 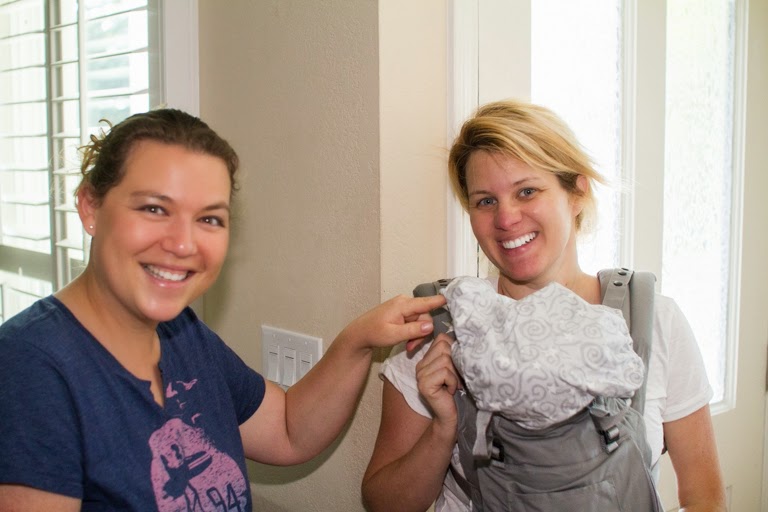 Daddy, I know I've seen at least this much food on your face when you eat ribs. 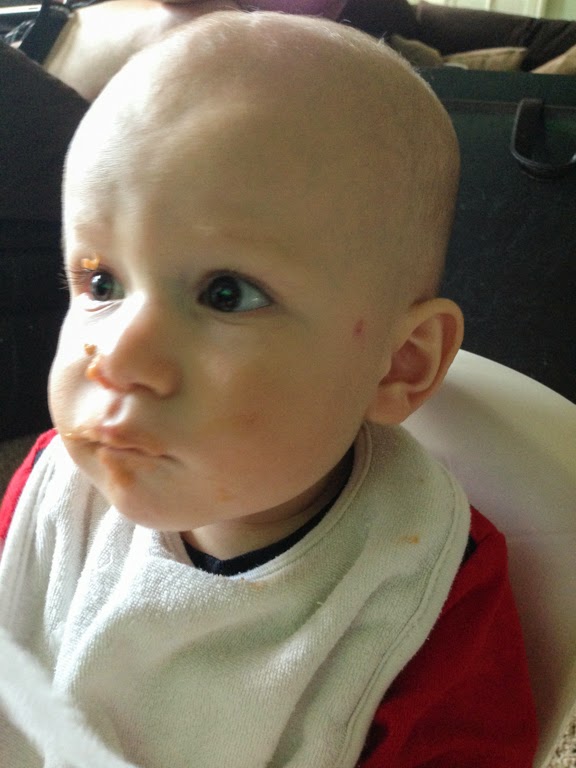 Getting practice with the remotes because it's Sunday which means FOOTBALL! 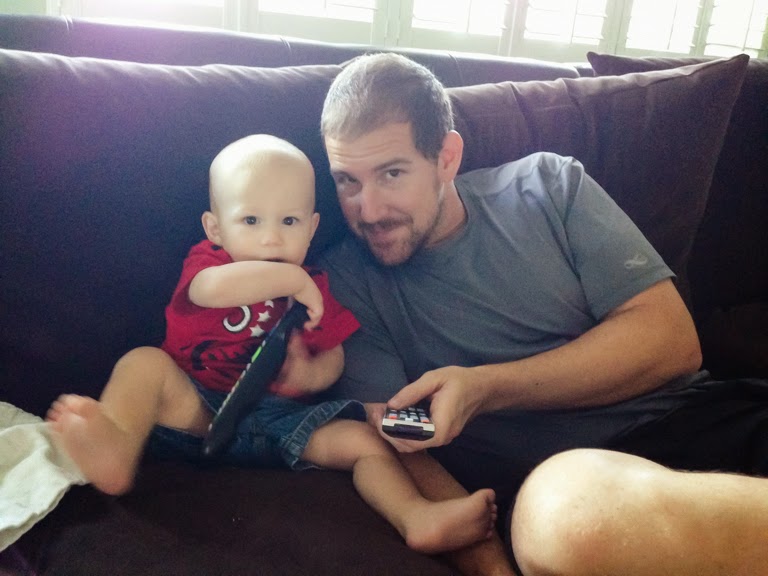 Last season we had a pretty good run whenever Ian work his jersey. This year we're going to continue the tradition and make sure we wear our Broncos jerseys whenever they are playing. 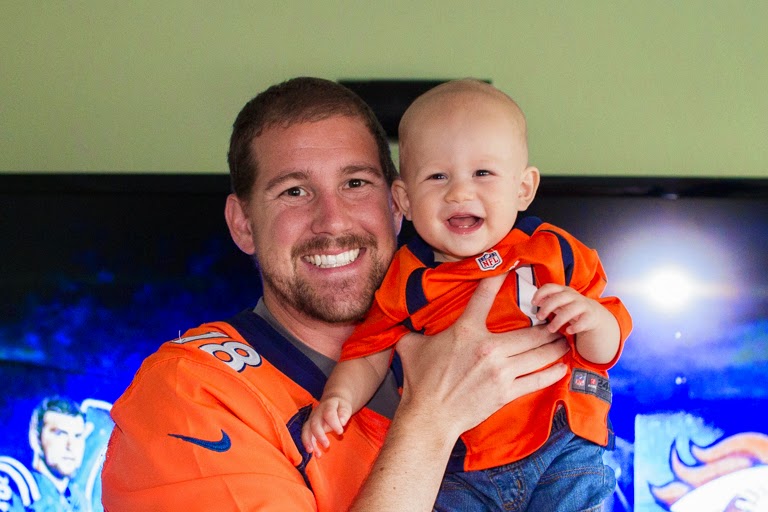 Wow, look how much he's changed! 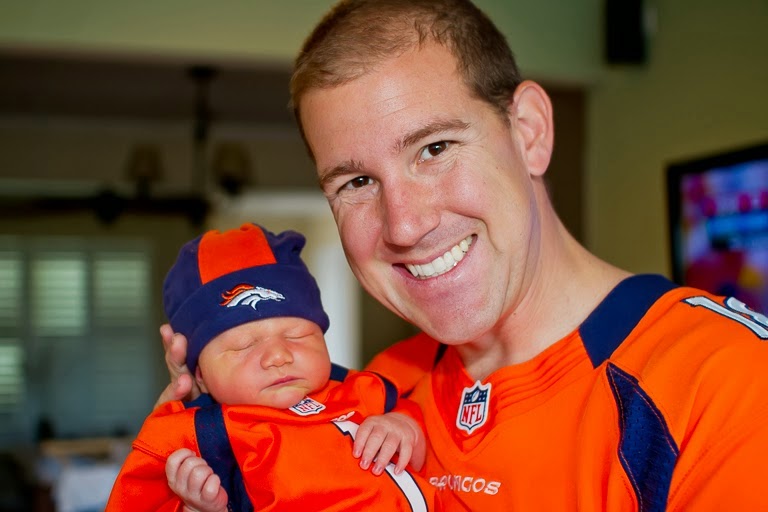 A happy family on football Sunday.

Time to watch the game. Here's Ian's reaction when the Broncos score a touchdown.

The Broncos would go on to win against the Colts 31-24. Off to a good start! The jersey tradition is working so far this year!

Love how he sits. 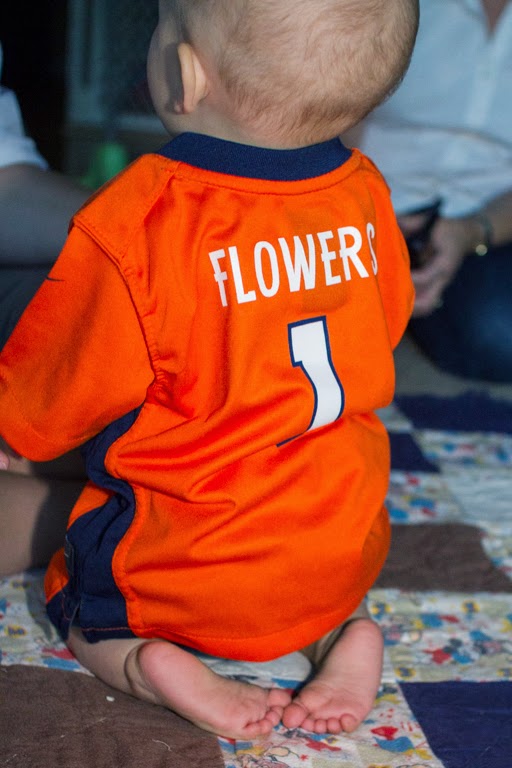 See you again for the next adventure!
Posted by Joe at 10:08 PM