Visiting Colorado for the first time with Ian

It's been too long since we've taken a trip, so Theresa, Ian and I jumped on a plane and headed out to Colorado. 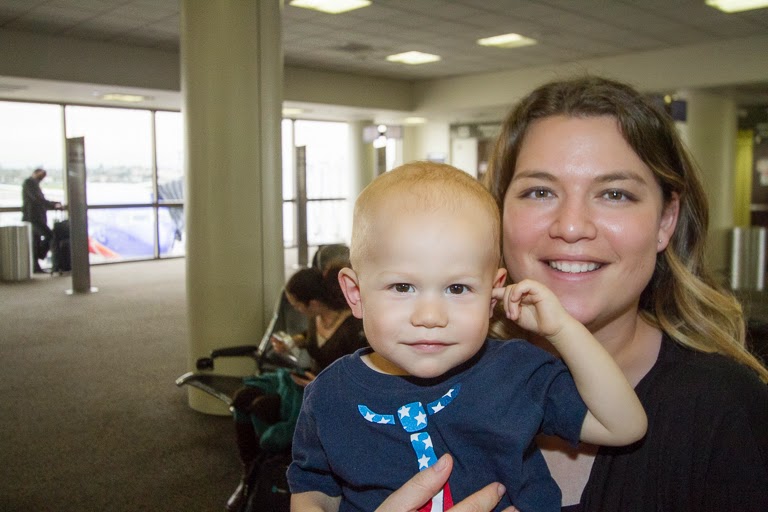 We didn't buy Ian a seat, thinking it was just a short 2 hour flight, and we were really hoping for an empty seat on the plane. Unfortunately the plane was oversold and Ian had to sit on our laps. Our seat mate wasn't the greatest either, and I think T and I are convinced that we'll be buying him his own seat on these longer flights now. 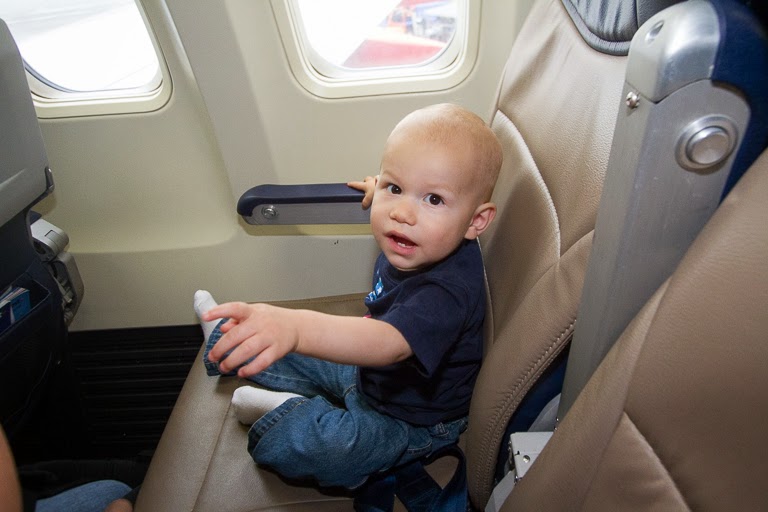 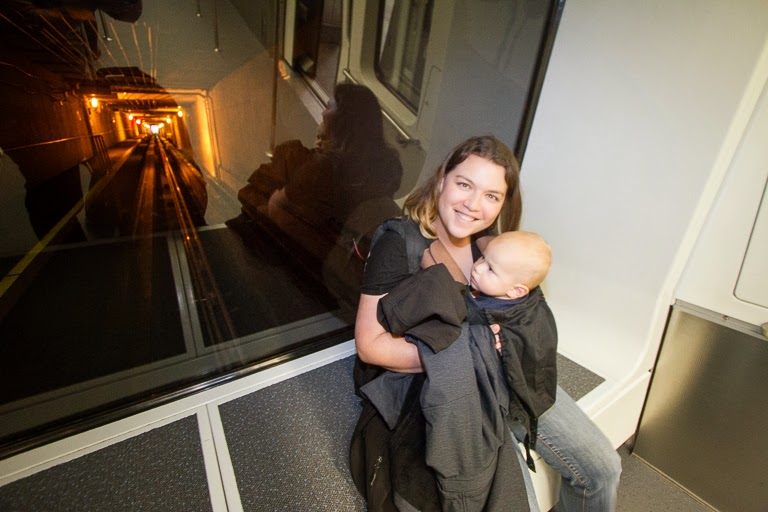 It was a little rough going from 70 degree weather in California to the 30s in Colorado. Ian got bundled up and promptly fell asleep. The rental car shuttle came shortly afterwards and soon we were on our way to Colorado Springs.
We checked into our hotel room and were in for the night. 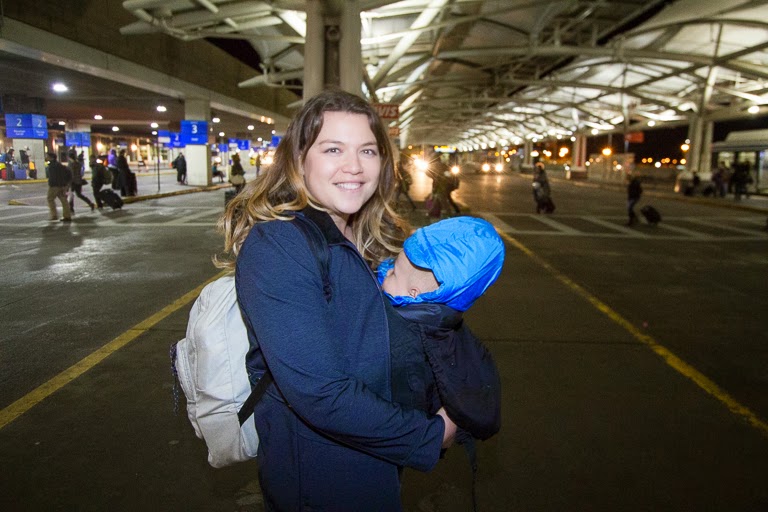 Ian gets to cross another state off his list.

This trip is all about visiting friends and family. First up were Theresa's old neighbors. This trip also involves a lot of eating out with people, so we met at Mimi's Cafe. 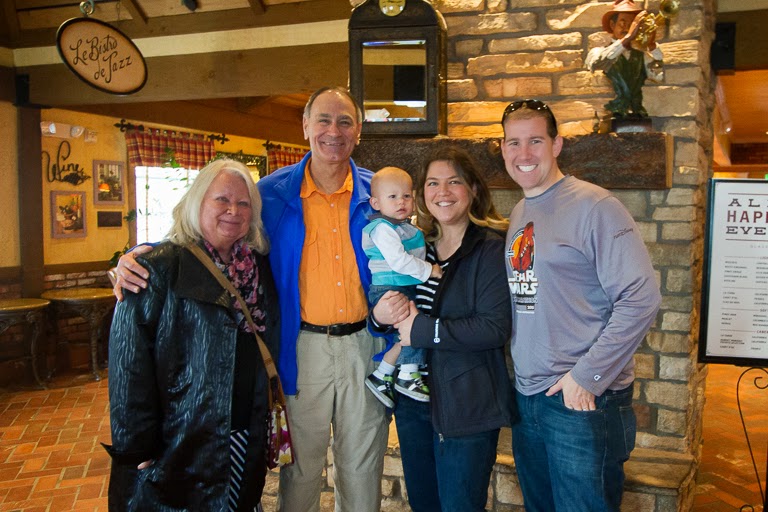 Ian was a great sport going to them. 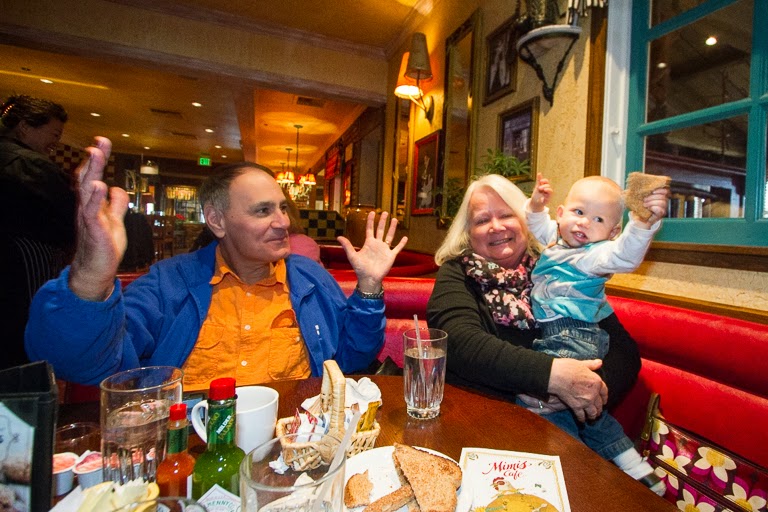 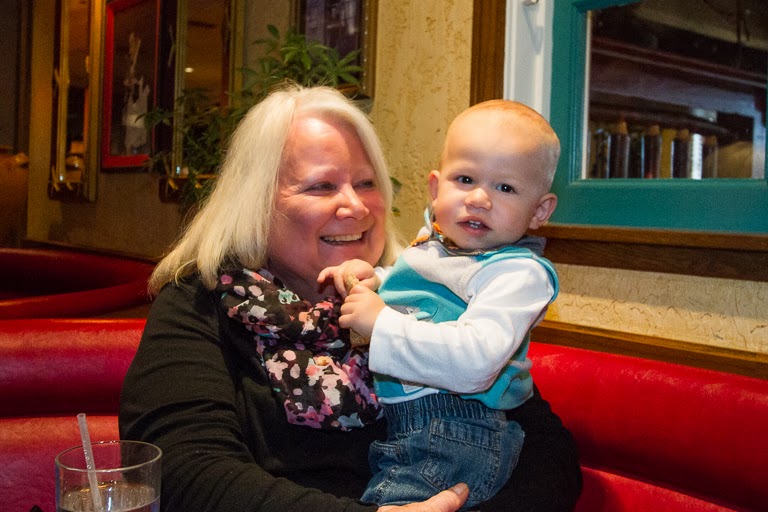 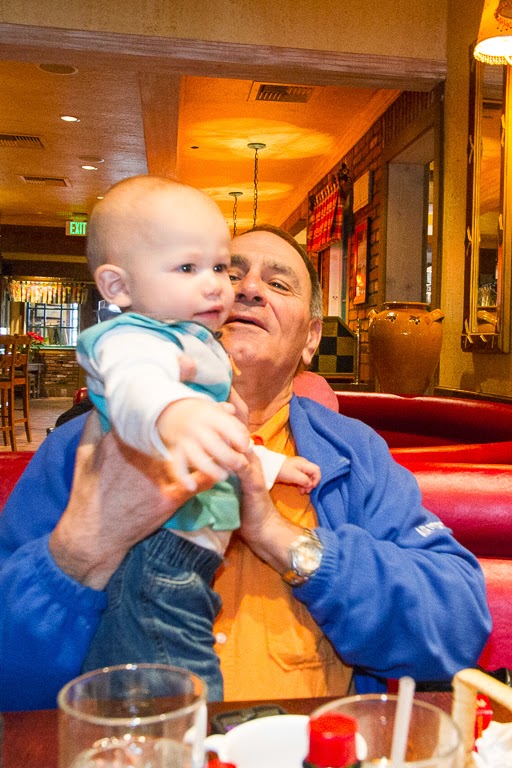 After breakfast, it was time to go back to the hotel. I think we all learned a valuable lesson about keeping tissues at baby level. 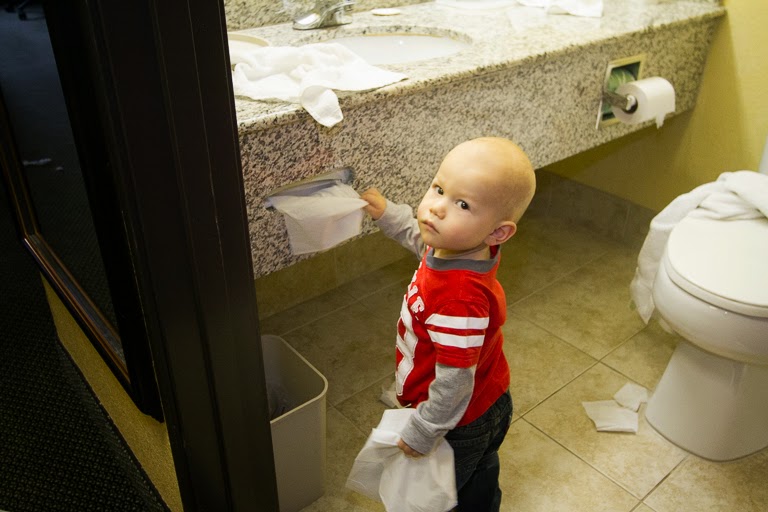 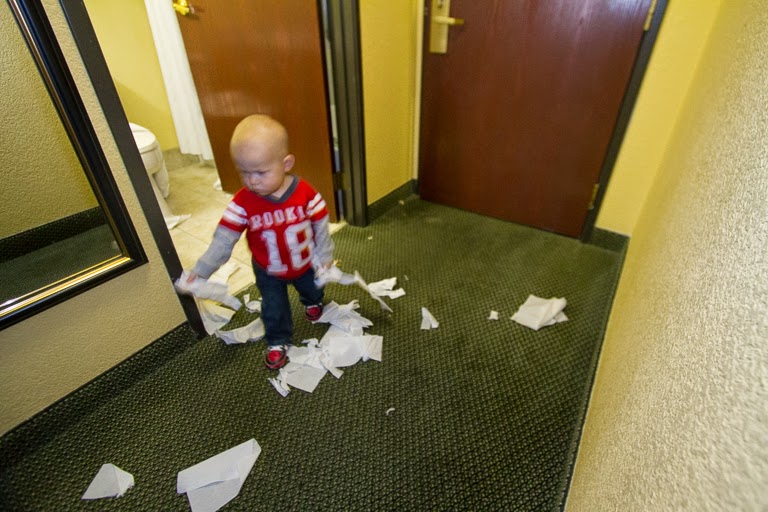 Lunchtime! The three of us joined my brother Patrick at a delicious local Colorado restaurant called Crave Real Burgers. 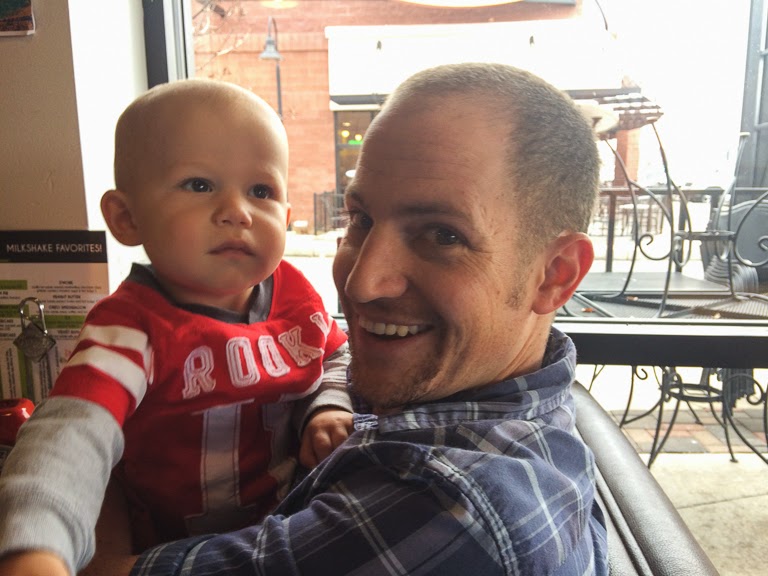 I ordered a delicious burger called the 3 little pigs, consisting of a burger with pulled pork, ham, bacon, crispy onion strings and cheese. Add in some delicious truffle fries and this place was awesome! 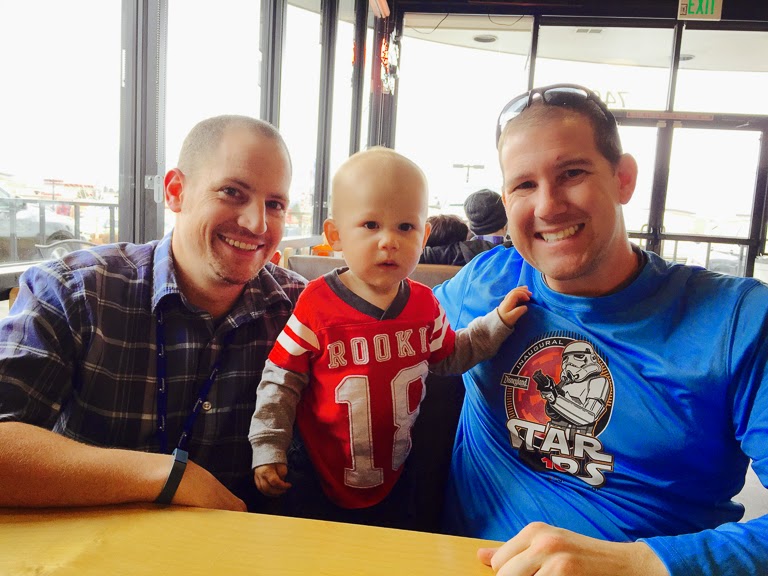 After a quick nap back at the hotel, it was time to visit Patrick's house. Wicket was really excited to see us. Maybe a little too excited. 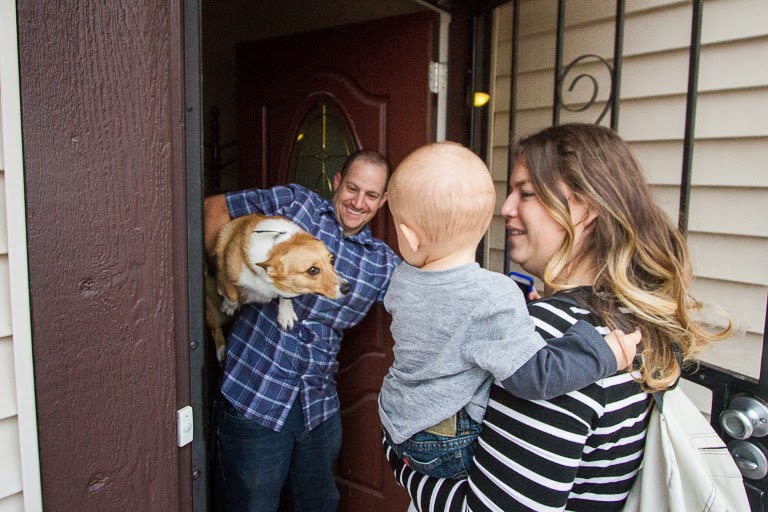 Ian was a little scared at first. 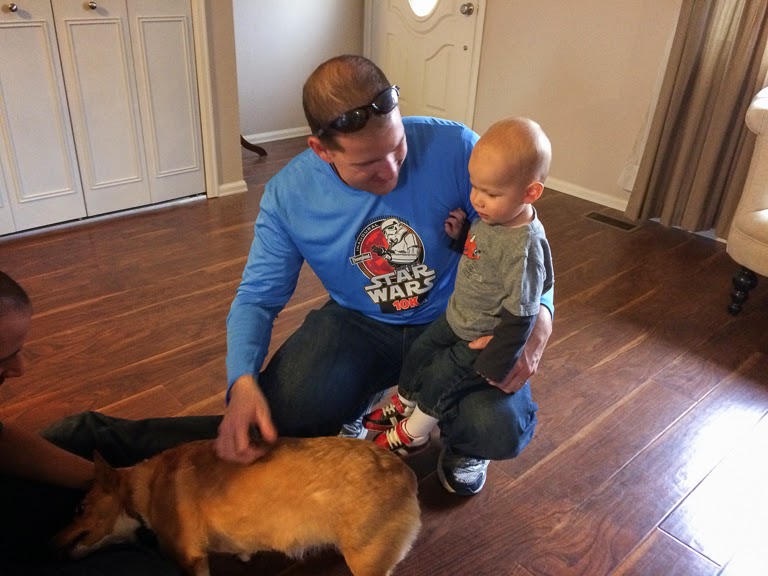 But eventually reach out a hand to pet her. He wasn't too sure about getting down on the ground though. He was the perfect height for getting licked in the face. 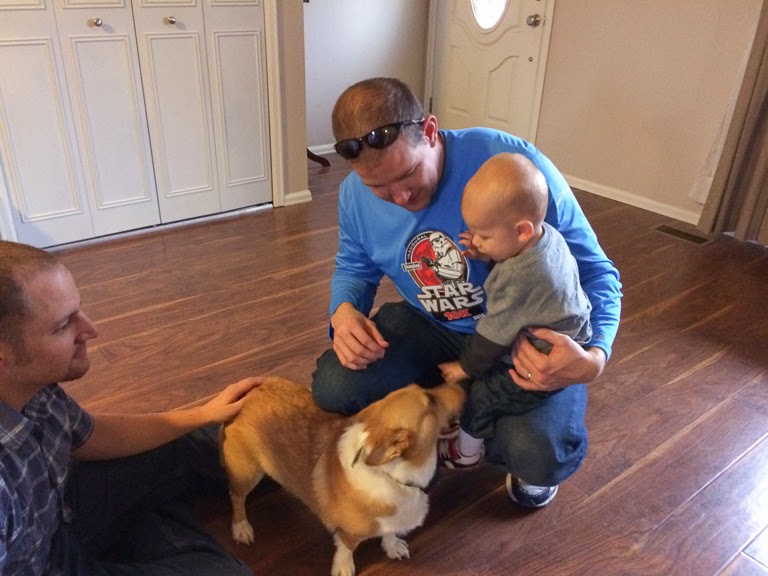 Aunt Megan got home from work and it was time for Ian to meet her for the very first time! 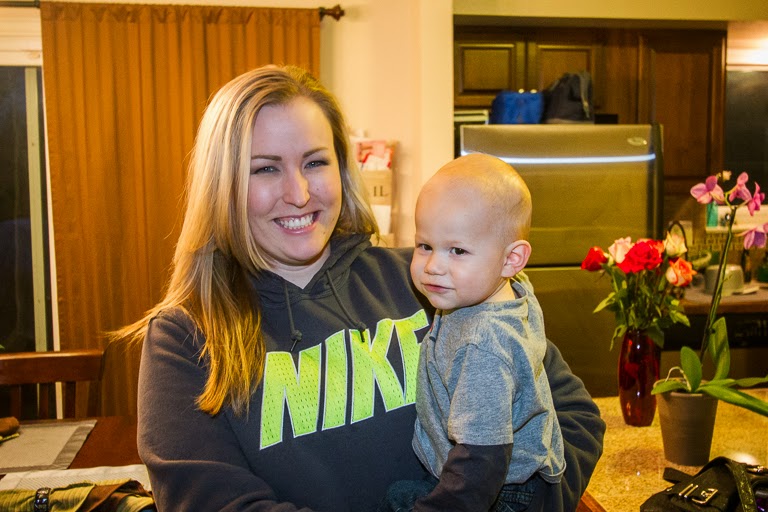 He warmed up to her pretty quickly. 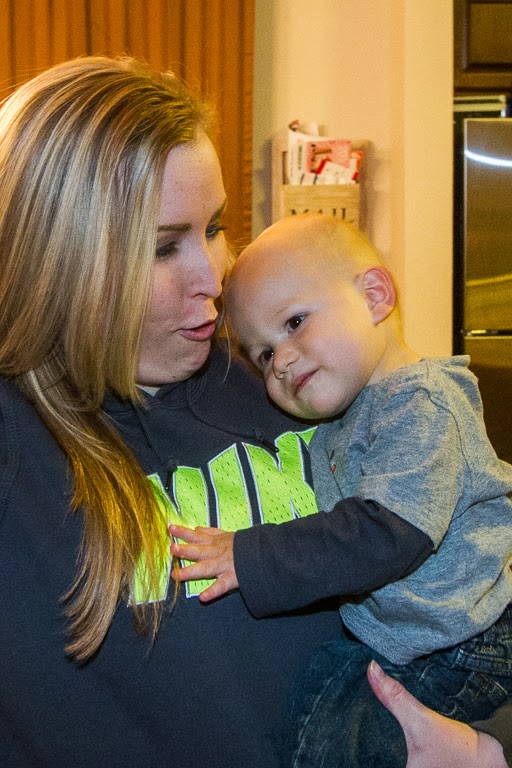 Especially because she does fun things like play piano. So you play with two fingers? 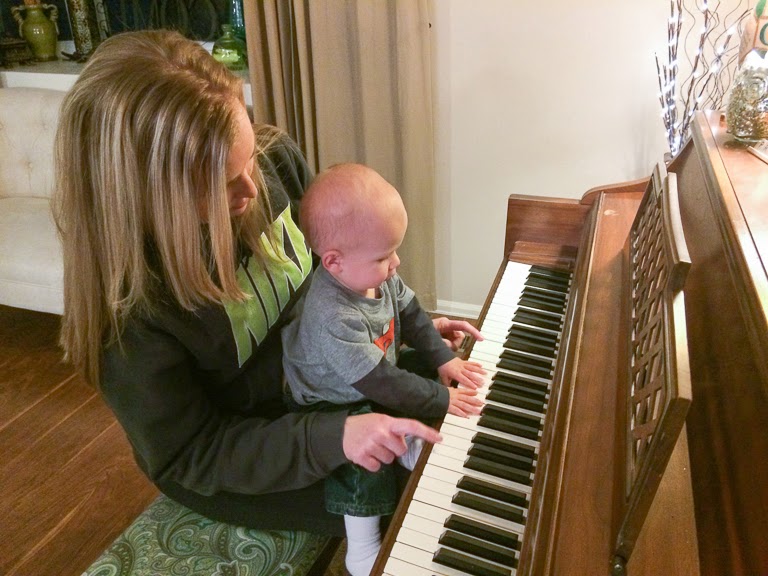 I can play with two fingers too! 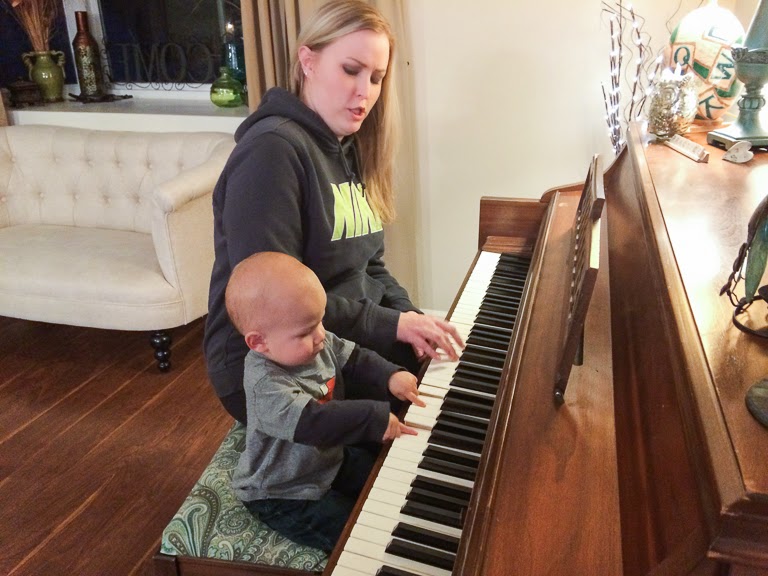 What to do for dinner... Yelp tells us that there is a delicious BBQ play close by called Rudy's. Nothing fancy here. They sell ribs, brisket, sausage and all sorts of other meats by the pound. Instead of plates you get sheets of wax paper. 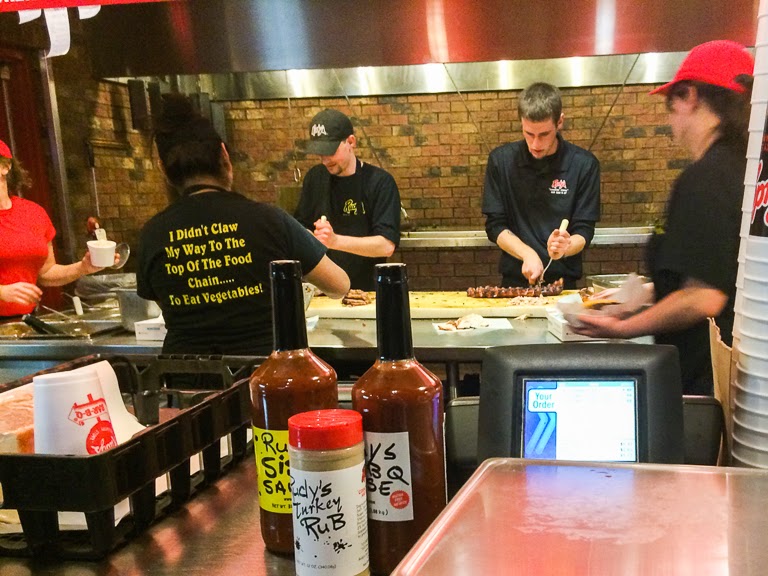 It's freezing outside, but it's warm in here.
While eating we figured a warm coffee would top this evening off perfectly. Megan's favorite shop is a drive-thru place called Dutch Brother's Coffee. We drove up and they made conversation while we placed our order and they made coffee. Eventually they learned that we were visiting from California and it was our first time having Dutch Brother's. When it came time to pay, it was $4 for Megan's coffee, and because it was our first time, ours was on the house! Thanks Dutch Brother's!
You can't have coffee without cake right? To finish the night, we grabbed Nothing Bundt Cake. Definitely not losing weight on this trip... 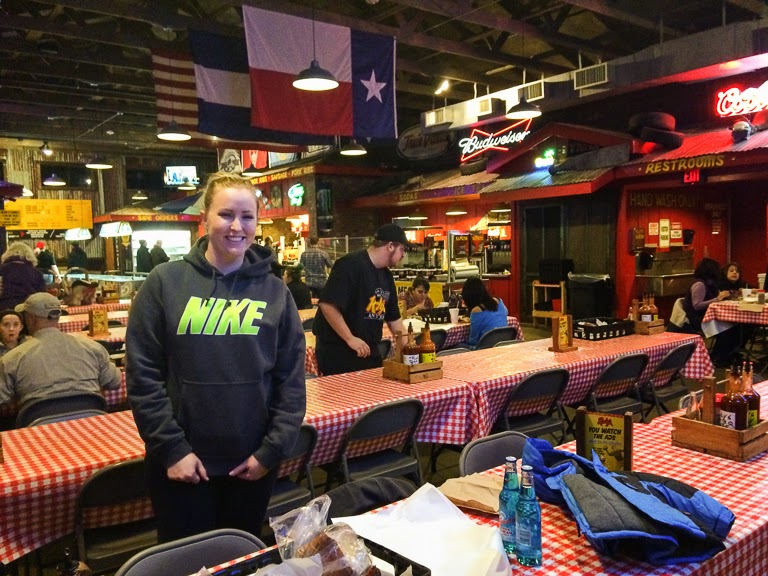 Unfortunately it was just a short weekend trip. We'll continue the last couple days in the next post.
Posted by Joe at 1:13 AM