Megan and Patrick visit from Colorado

My brother Patrick and his wife Megan came out from Colorado to visit us for the weekend!
Giddy-up Patrick!


The first thing we did was leave Ian with the grandparents and head to the movies to watch the 2nd Maze Runner movie. Theresa and I both really enjoyed the first movie. It was mix of Hunger Games and Divergent. I was really hoping for something similar with the 2nd Maze Runner movie, Scorch Trials, but it took a bit of a different turn. More like a zombie movie than a dystopian movie.
Ian was happy we came back with an ICEE have as big as him! 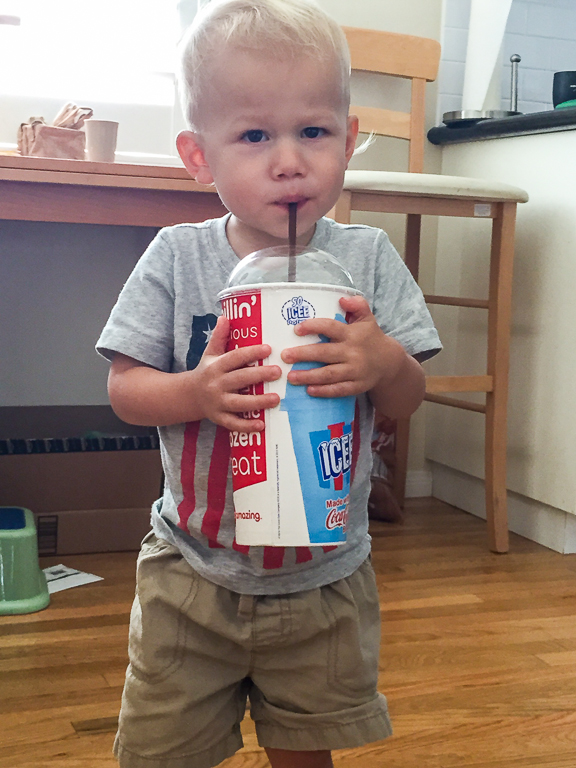 Pat, Megan, Ian and I headed to the nearby park to play. 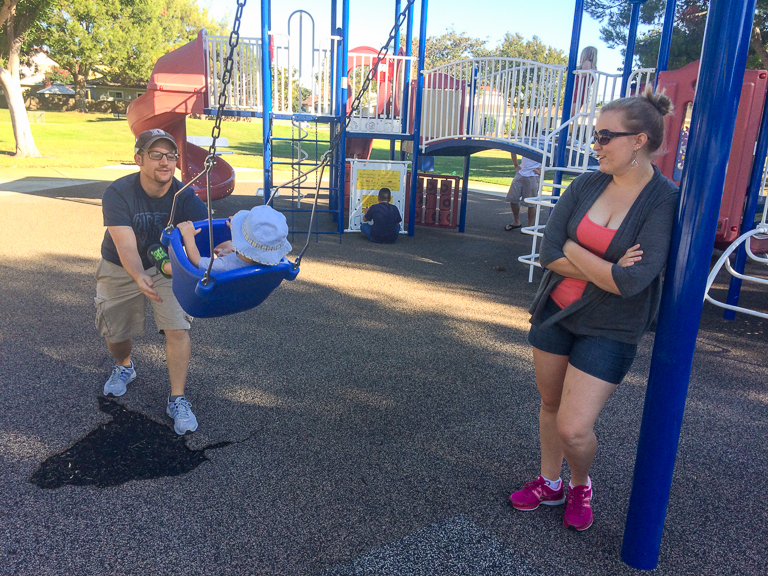 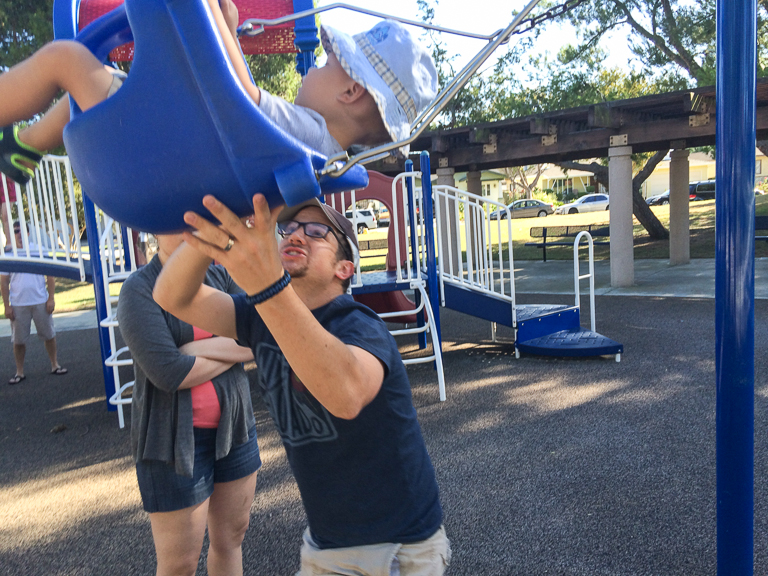 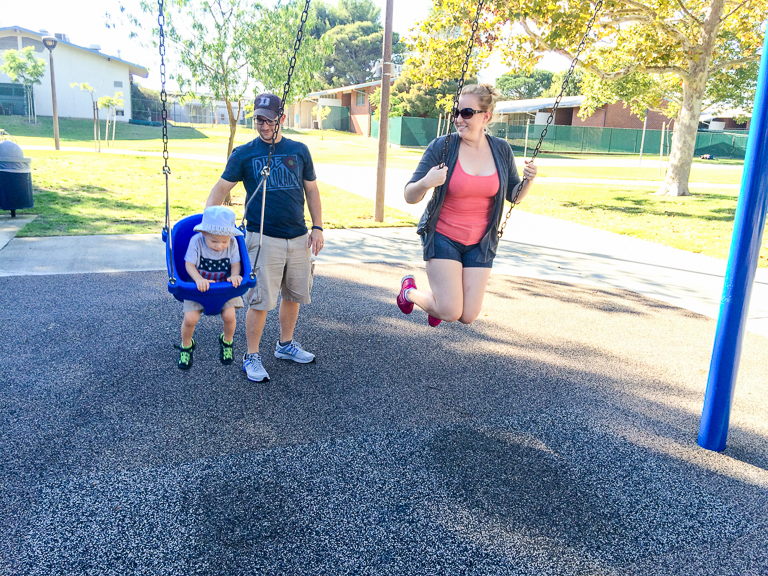 Ian's getting pretty bold on the ladder now.

After the park, what better thing to do than play on the water table. 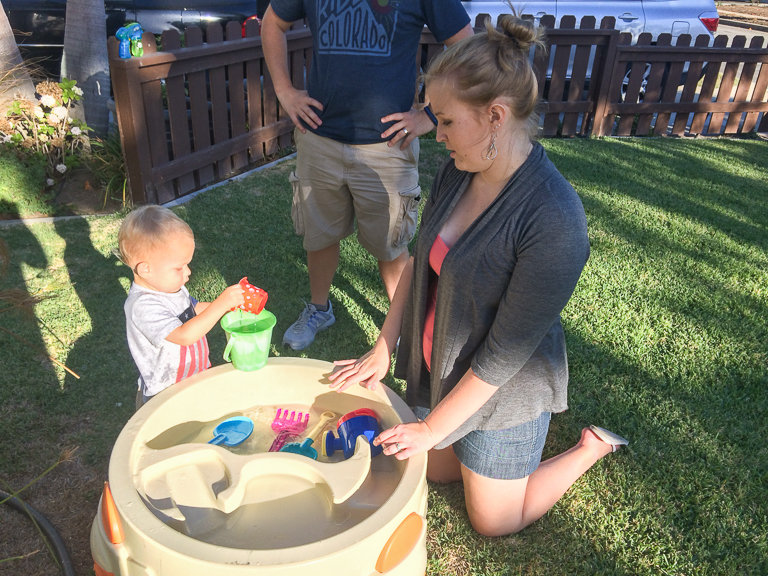 This is what you do Aunt Megan! 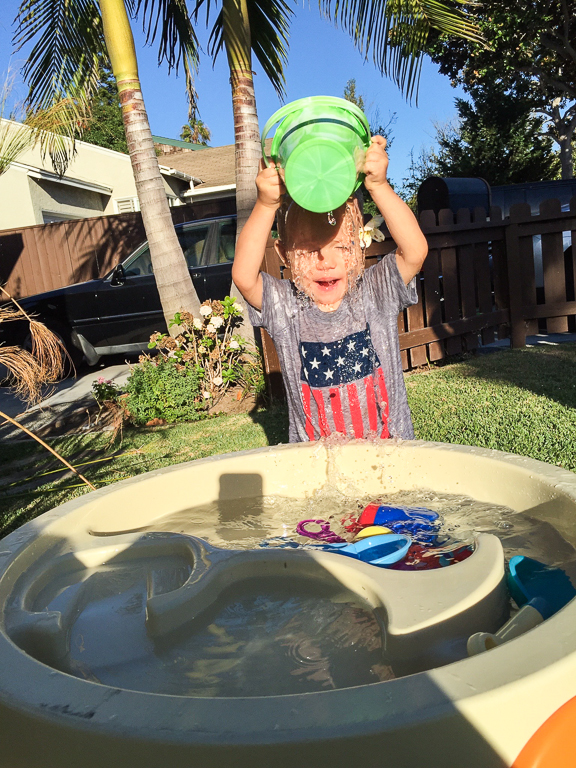 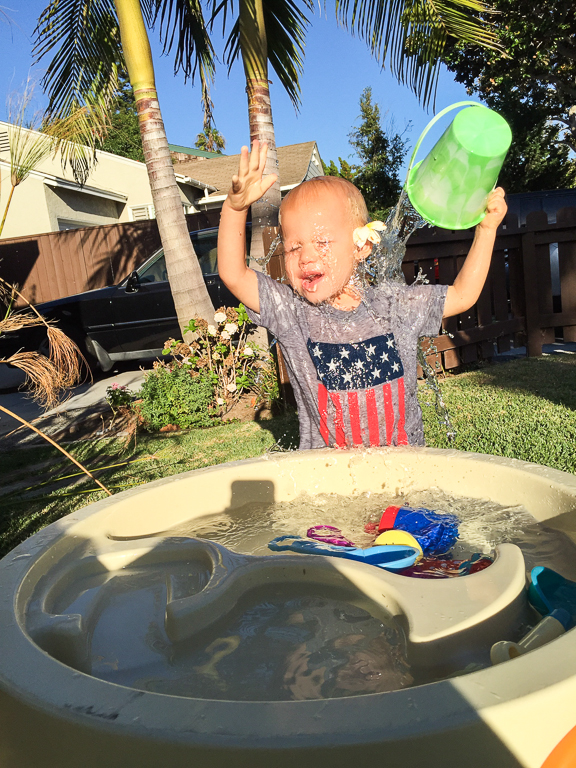 Patrick had very fond memories of Chi's cooking when they lived back in Colorado. The wontons especially. 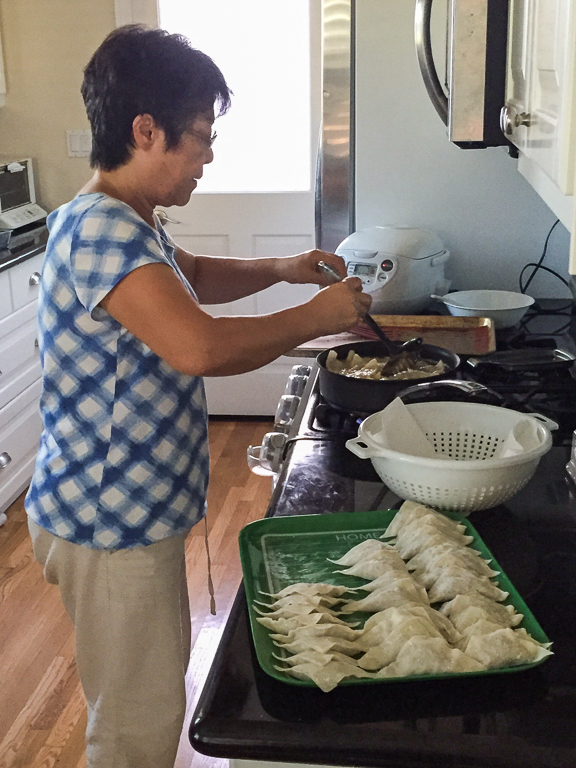 Megan's never had Chi's wontons and was very excited. 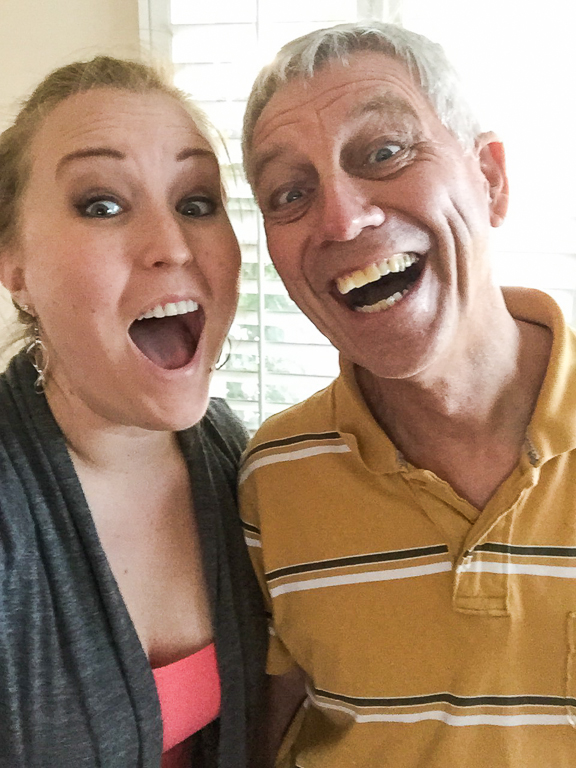 The anticipation was palpable. 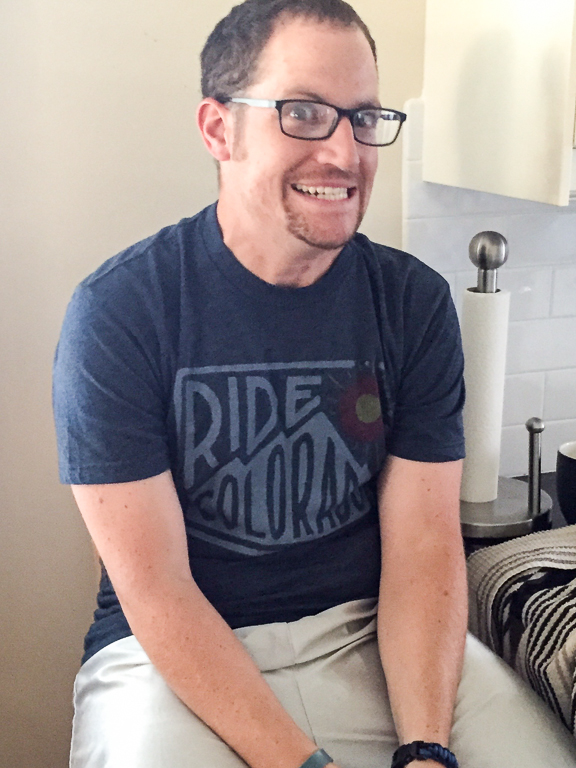 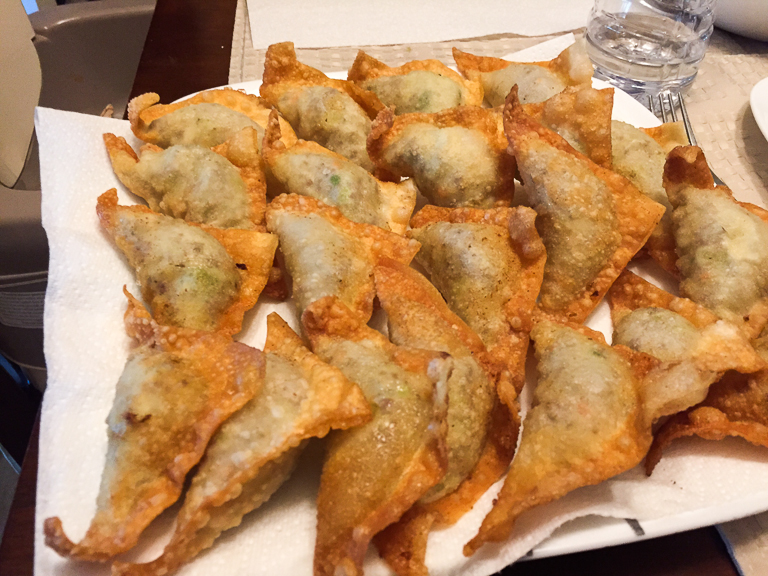 And the bulgolgi and rice was good too. 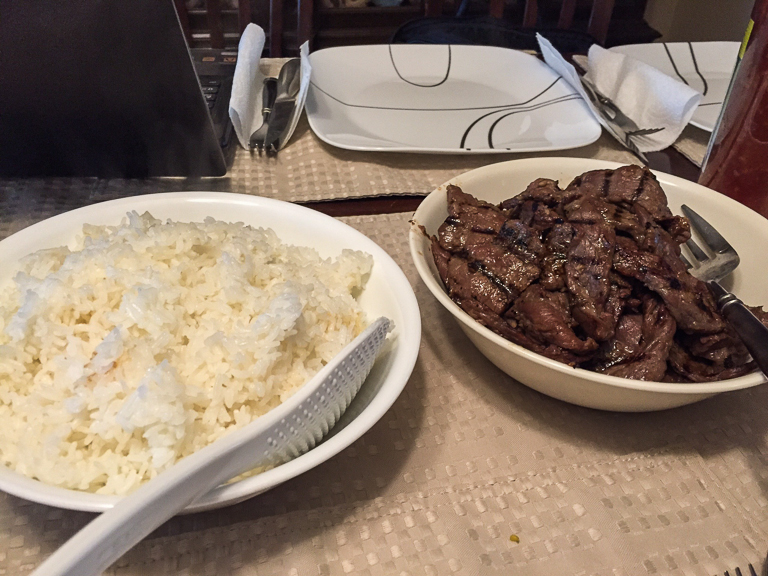 When you're visiting from Colorado, you've got to check out the beach. 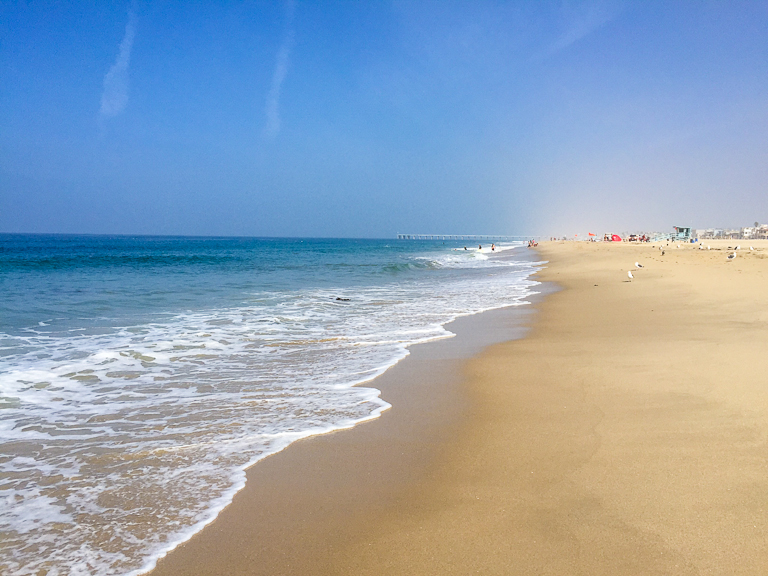 Come Sunday, Megan, Patrick, Ian and I piled into the car and drove to Hermosa Beach. 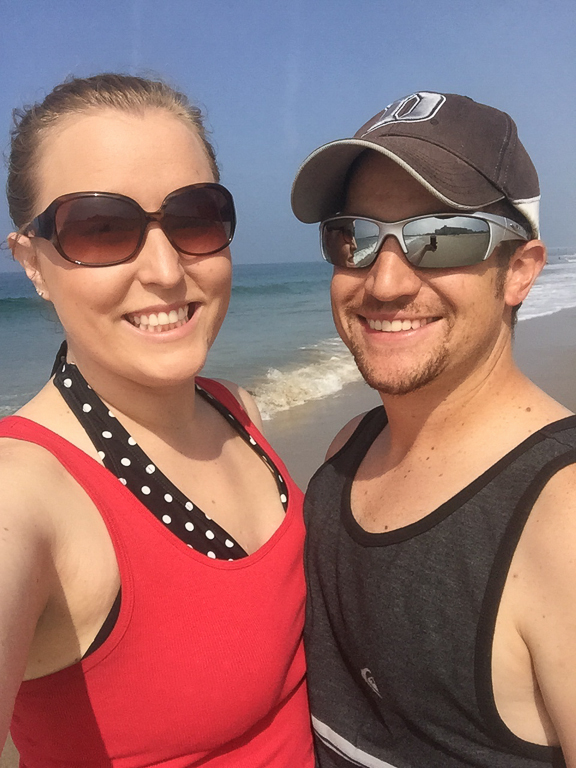 Playing in the sand. 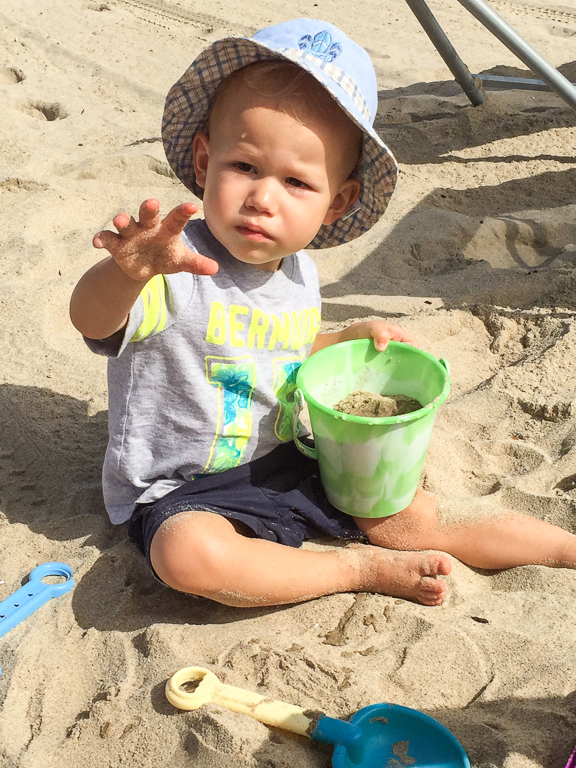 And getting buried in the sand with Aunt Megan. 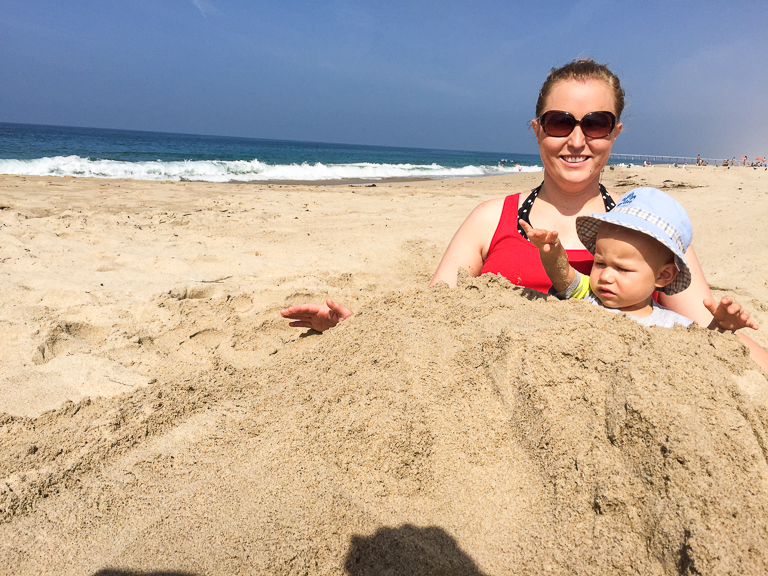 These portable hammocks are always a treat. And almost every time we bring them, someone asks about where we got them. 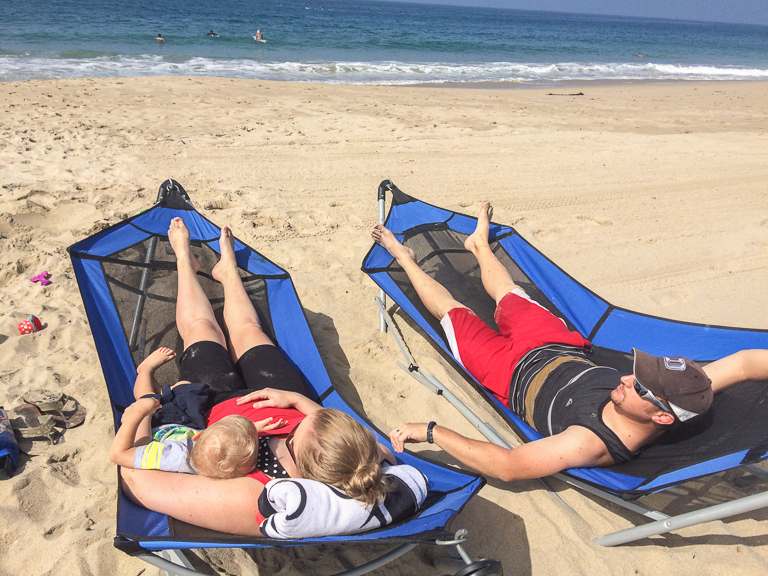 Those seagulls look like they're a little too relaxed. 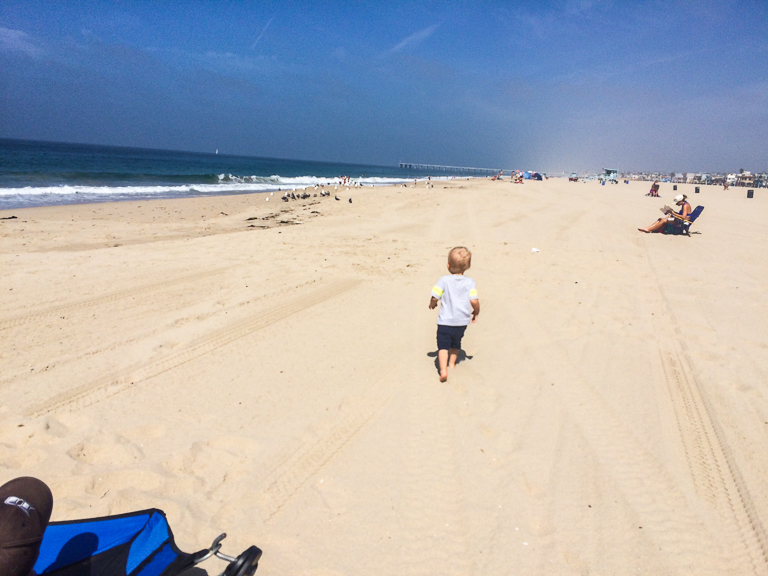 The chasing of the birds ended up being more like a stroll through the birds. They basically shuffled out of the way whenever he got close. They must get this a lot.

Finding a bit of seaweed in the ocean. 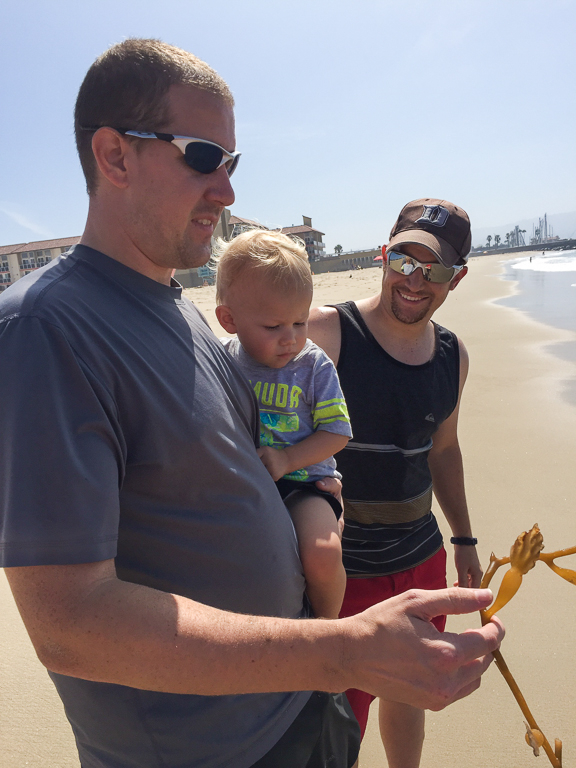 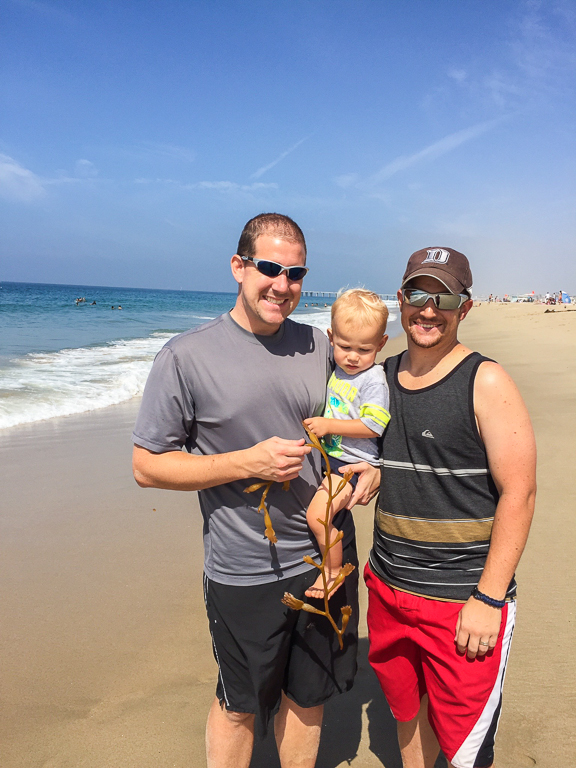 Brr. Not going to catch me going in the water today. Ian would let the waves rush over his toes, then he'd reach to me and say "Up, Up, Up." 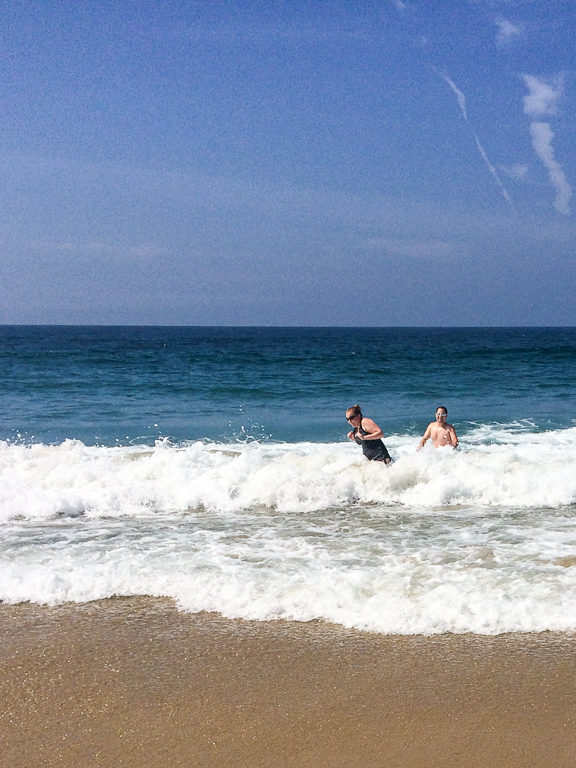 Then Ian saw this big piece of seaweed and had to have it. 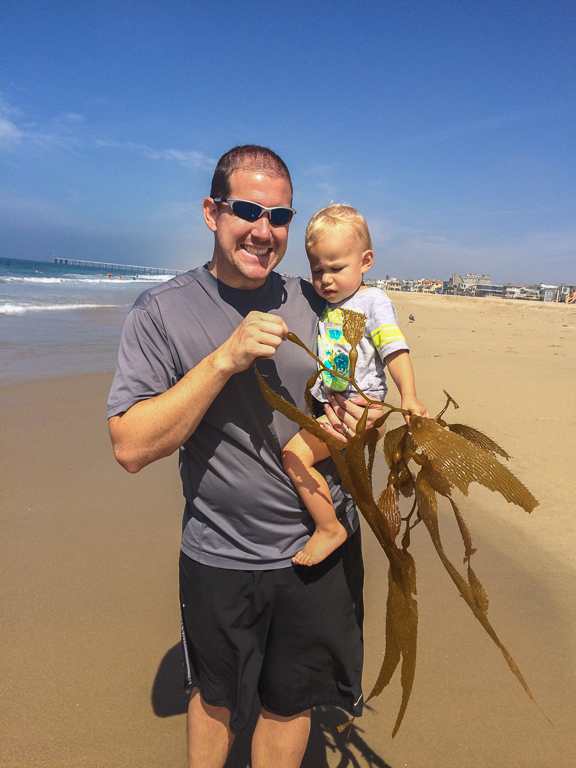 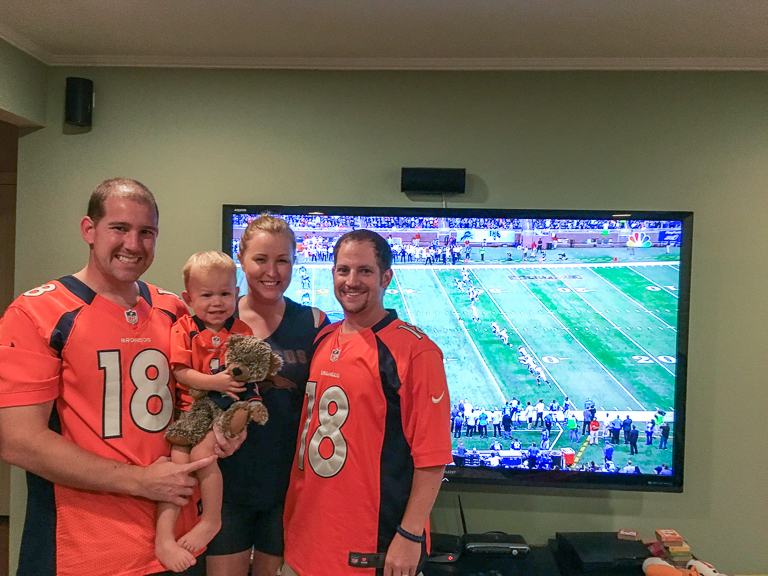 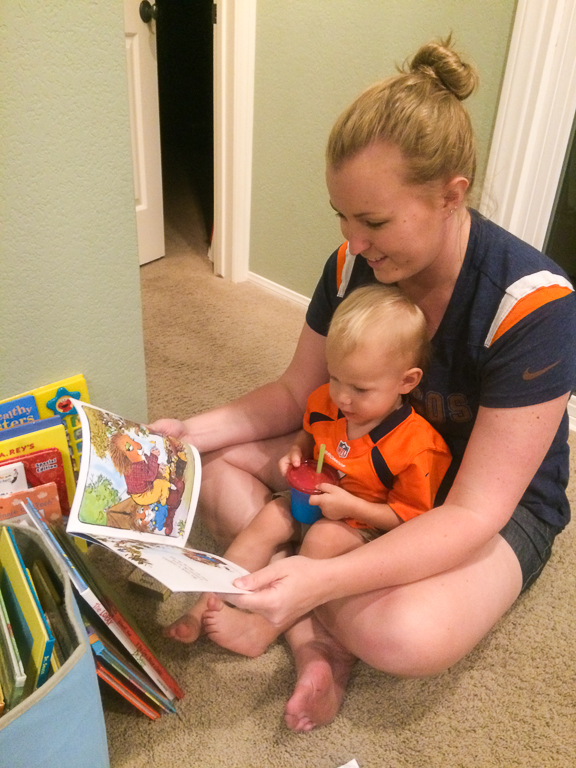 After Ian went to sleep, we enjoyed a sampling of sodas. 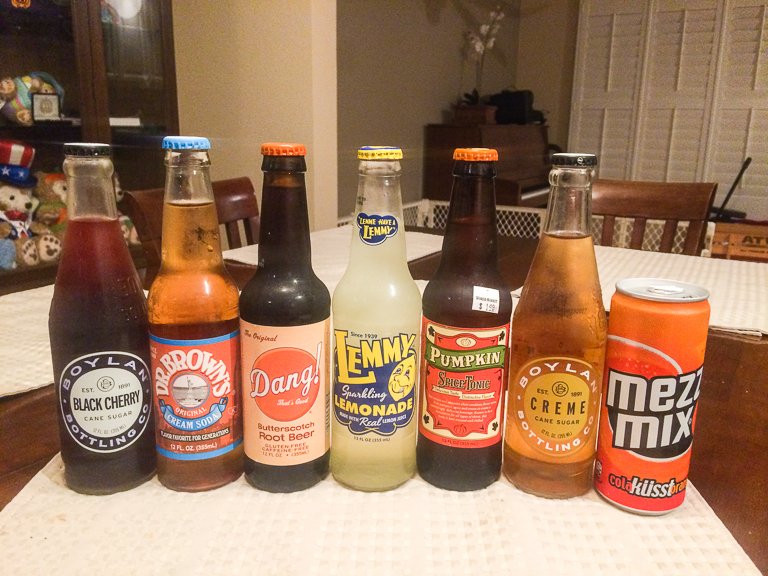 No weird ones this time. They were all tasty. Even the pumpkin spice soda. Tis the season. 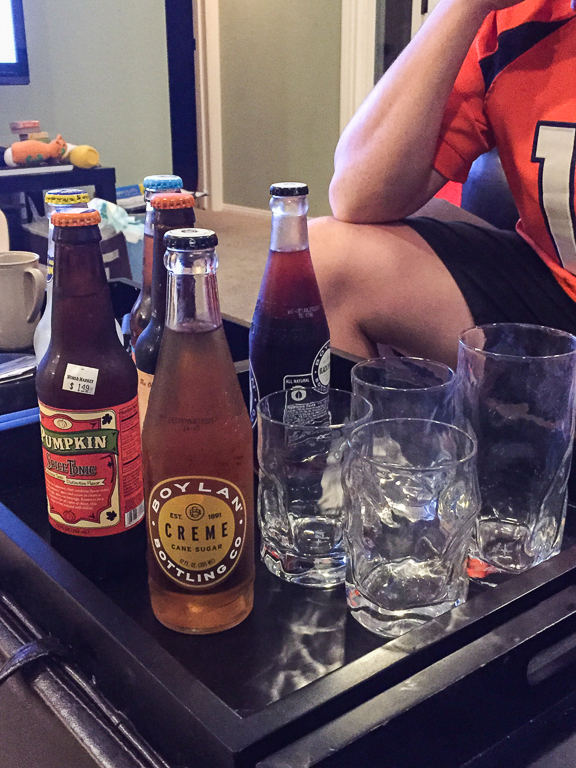 By Monday it was time for Pat and Megan to fly home. We had a good time with you guys, even if it was a quick visit. Thanks for coming to see us!
Posted by Joe at 9:39 PM