It's been a few weeks since we've been to Disneyland. It's about time we got back there. And today we get to go with friends!
The parking was insane this morning. Our friends let us know that the entrance to the Mickey and Friends garage was backed up onto the freeway! Crazy. Instead we went to the Toy Story parking lot which was much quicker to park, but had a ridiculously long line for the buses. Well I guess we could use the exercise. Time to walk a mile to get to the parks.

Despite the long lines at the parking lots, it doesn't look too bad inside. 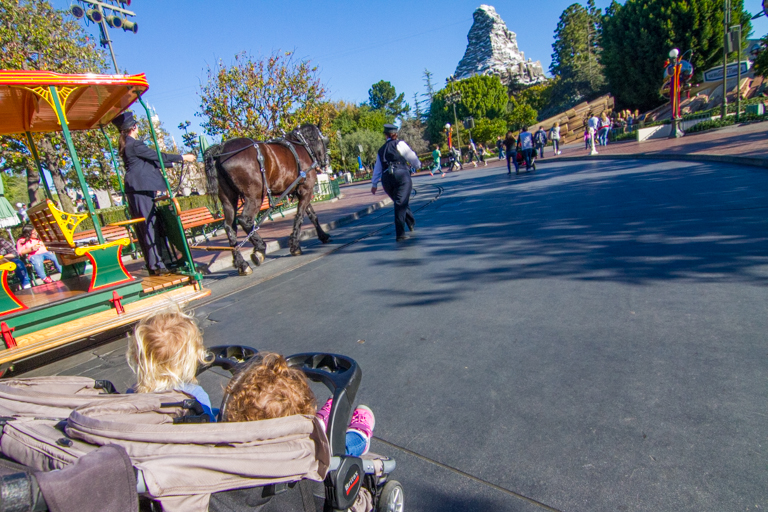 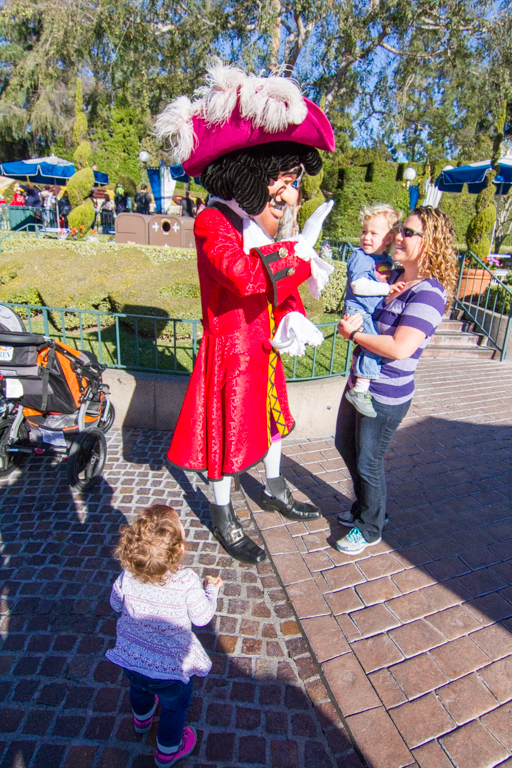 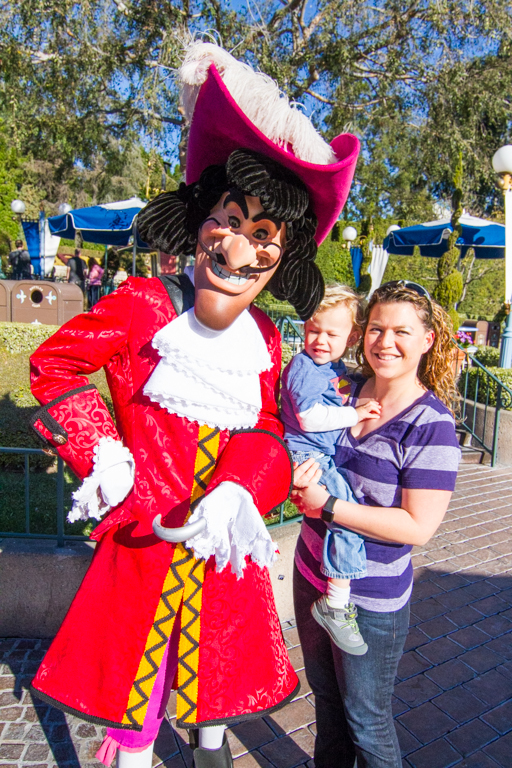 We attempted to ride Casey Junior but while we were in line, the ride went down. Something about the train putting out more exhaust than normal. Instead we took a spin on the tea cups! 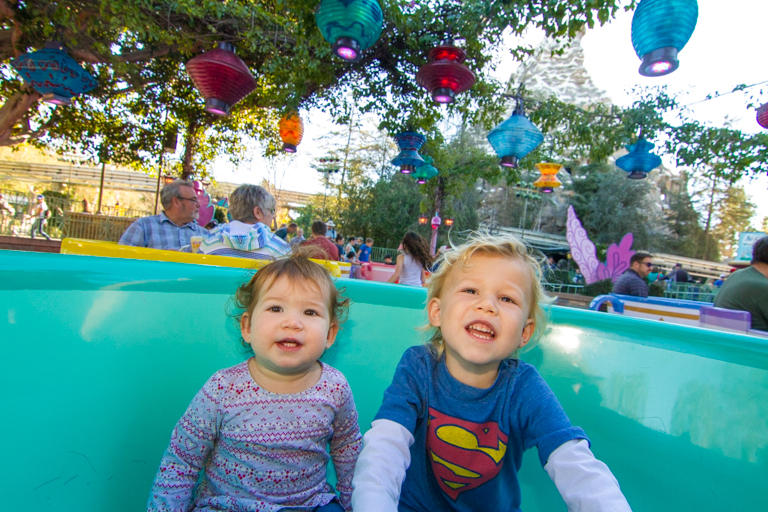 And then rode the Carrousel! Alli was lucky enough to ride on Jingles! 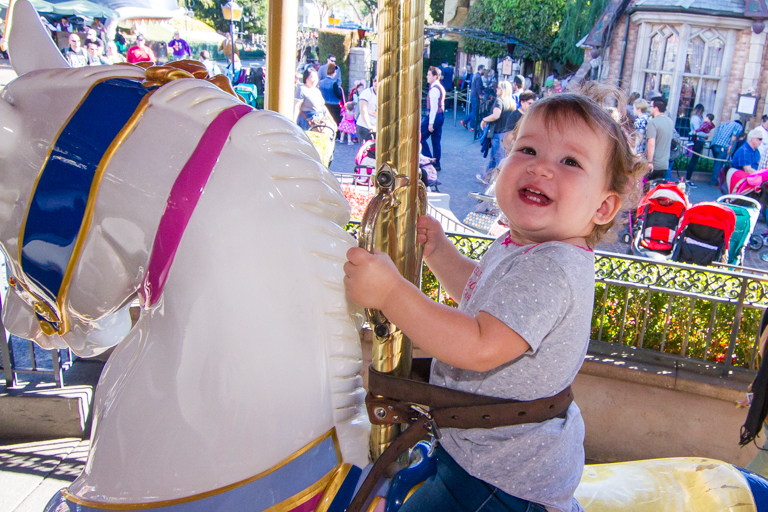 While Ian and Mommy high-five on "Alvin" and "Comet". 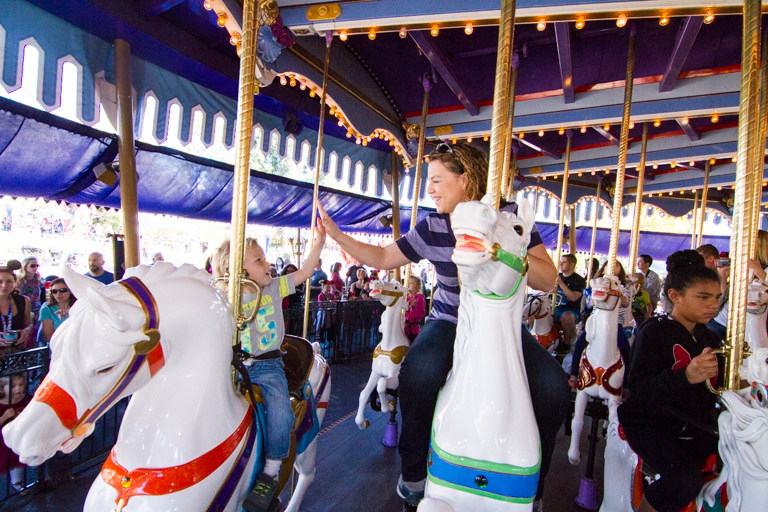 Finally at 10am, Toontown opened and we could ride Ian's favorite. Gadget's Go-Coaster! 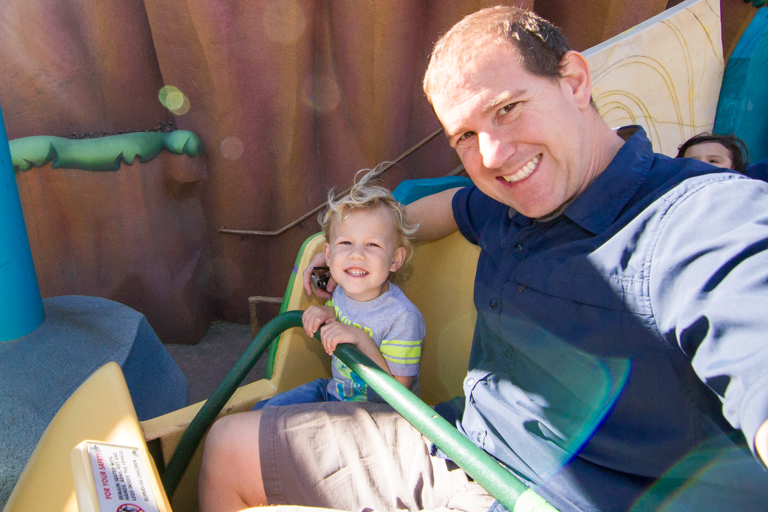 Hey, it's our friends! There's Lucas! 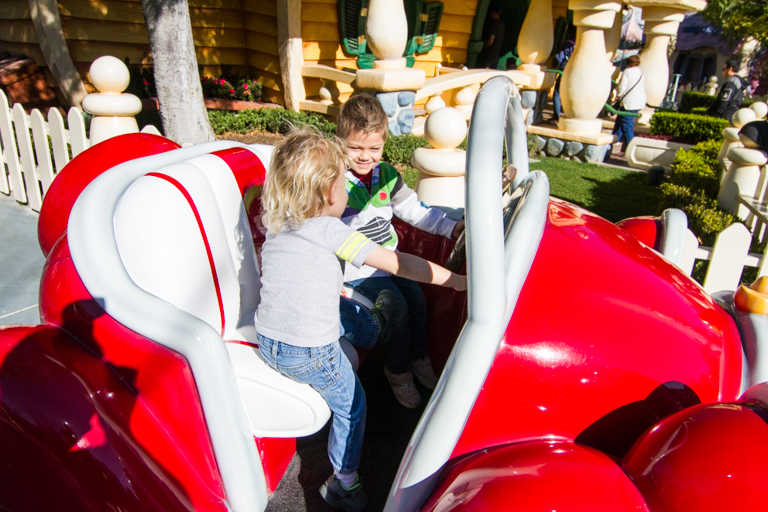 He'll be big enough to drive before you know it. 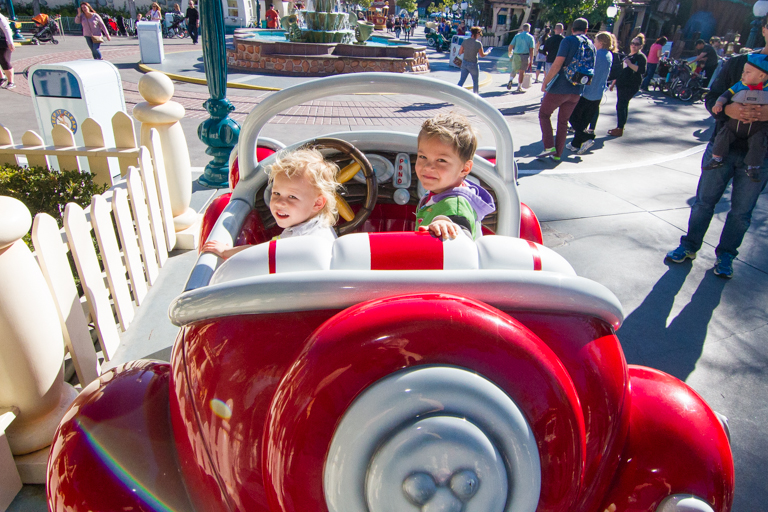 Driving Alli and Lucas around. 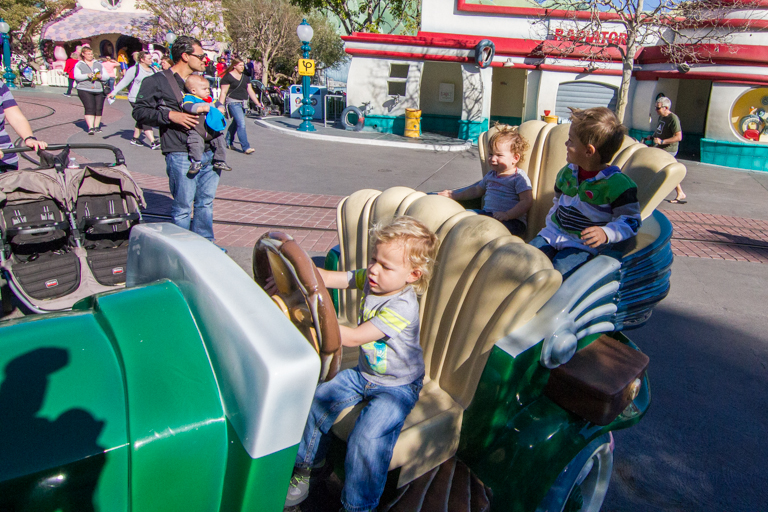 Check out the Jolly Trolley!
Seeing Ian like this makes me realize how much we need to get his hair cut. More on that in a future post. 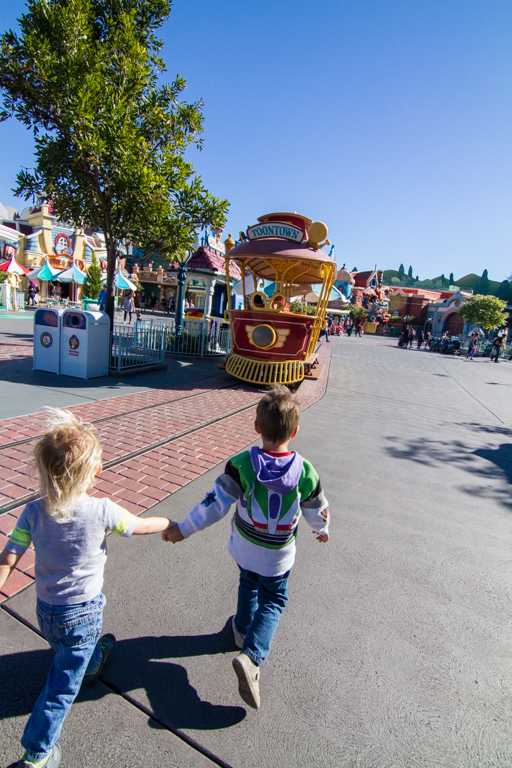 I wish it actually moved. 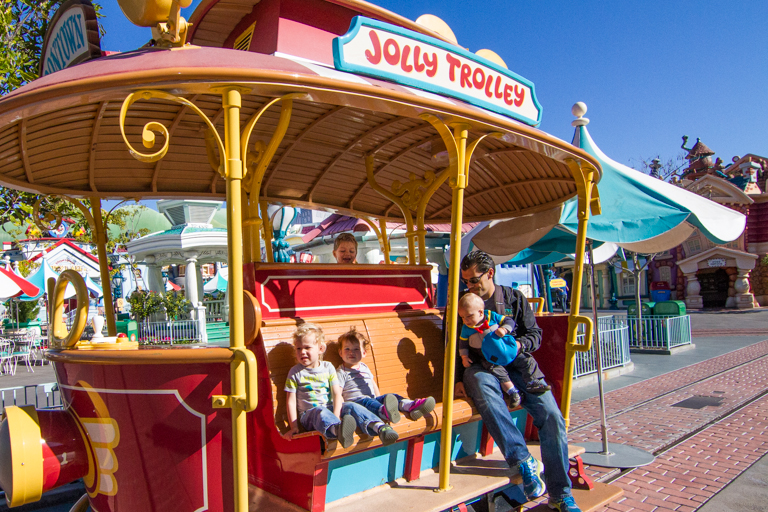 The boys are loving all the cars back here in Toontown. 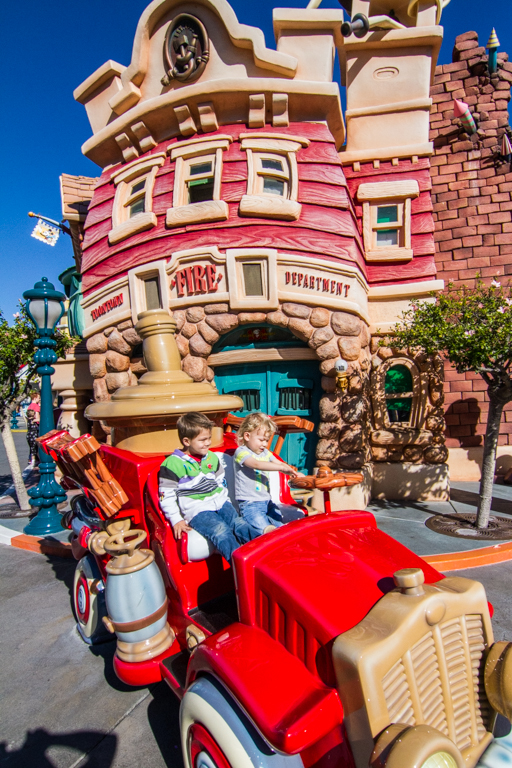 I don't know if Ian's ever taken a ride on Roger Rabbit. I know Alli hasn't. It was a little dark, but she did great. 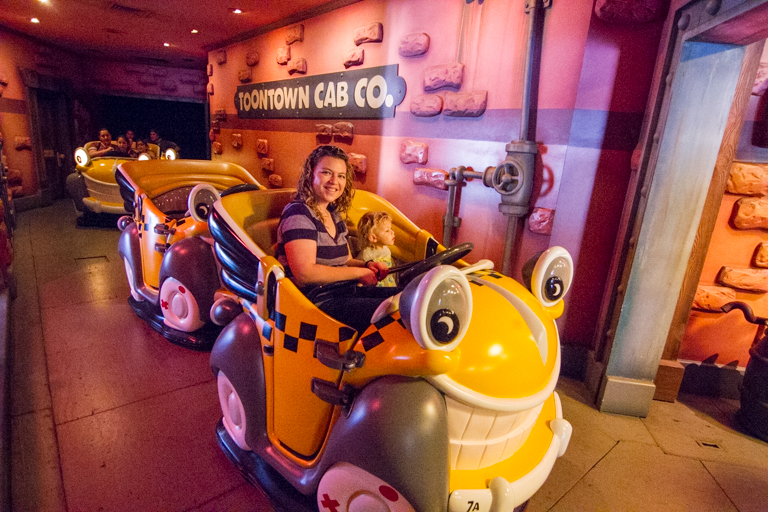 Let's all go on the tea cups again. 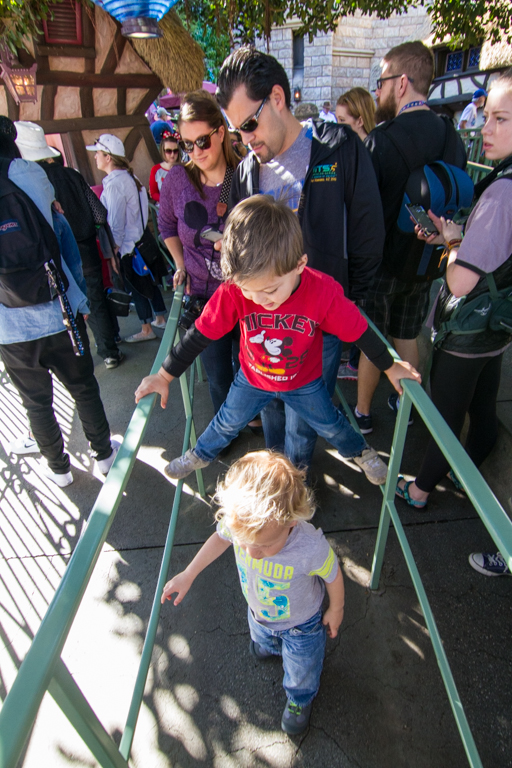 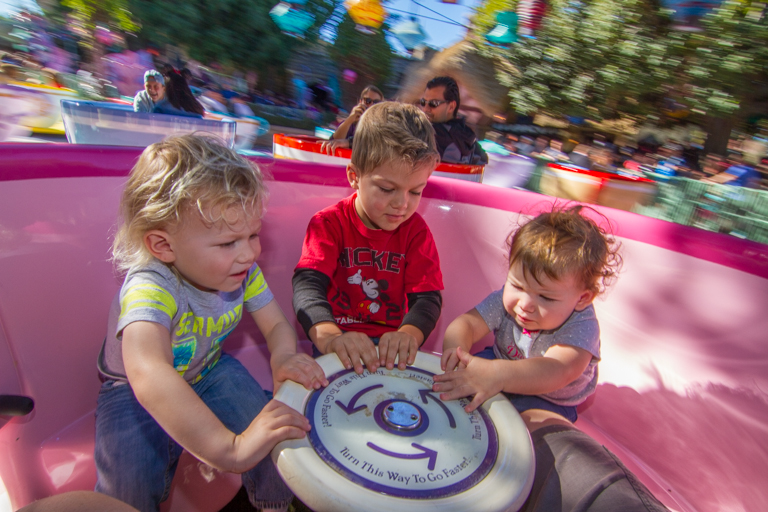 The park was really starting to fill up. Arriving at Winnie the Pooh, it was a 25 minute wait! Oh man. 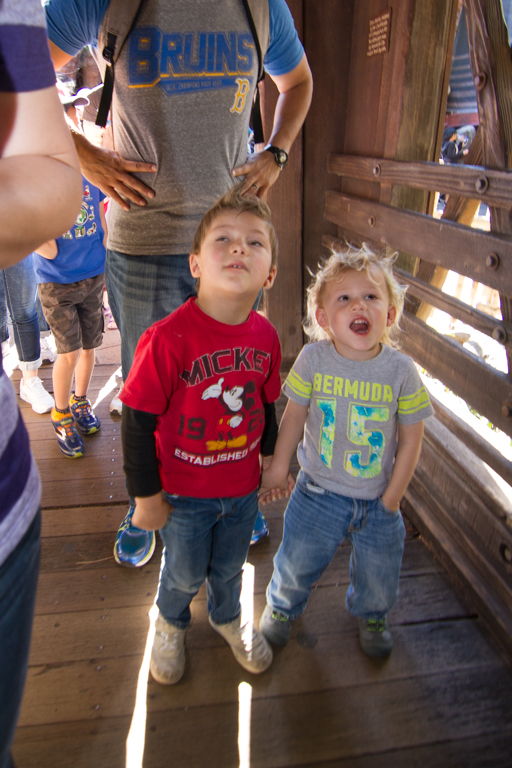 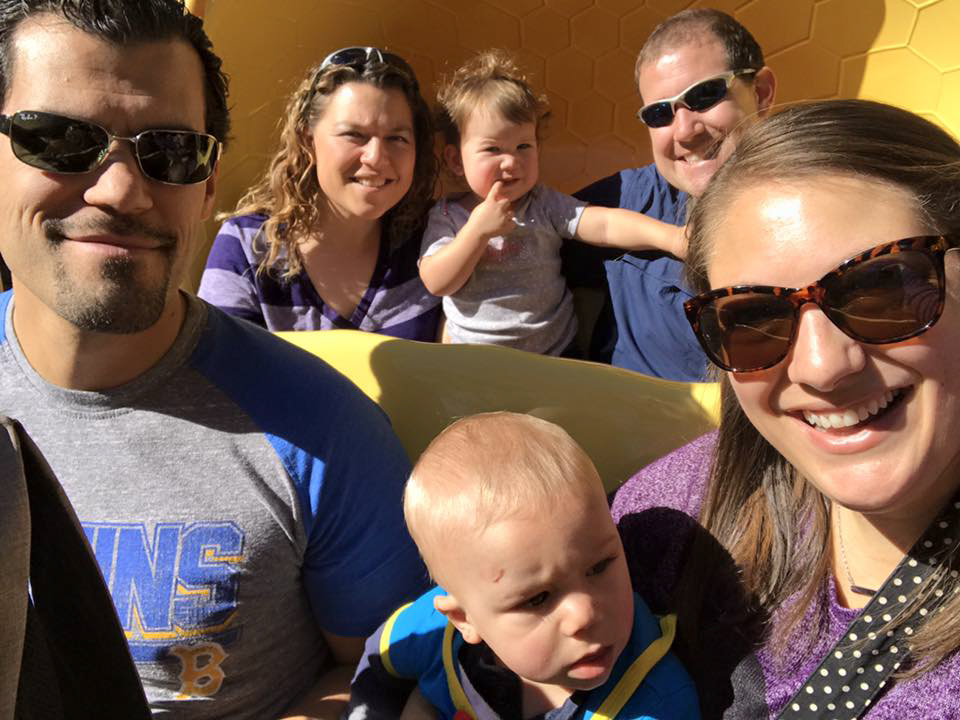 The boys are sitting by themselves up front! 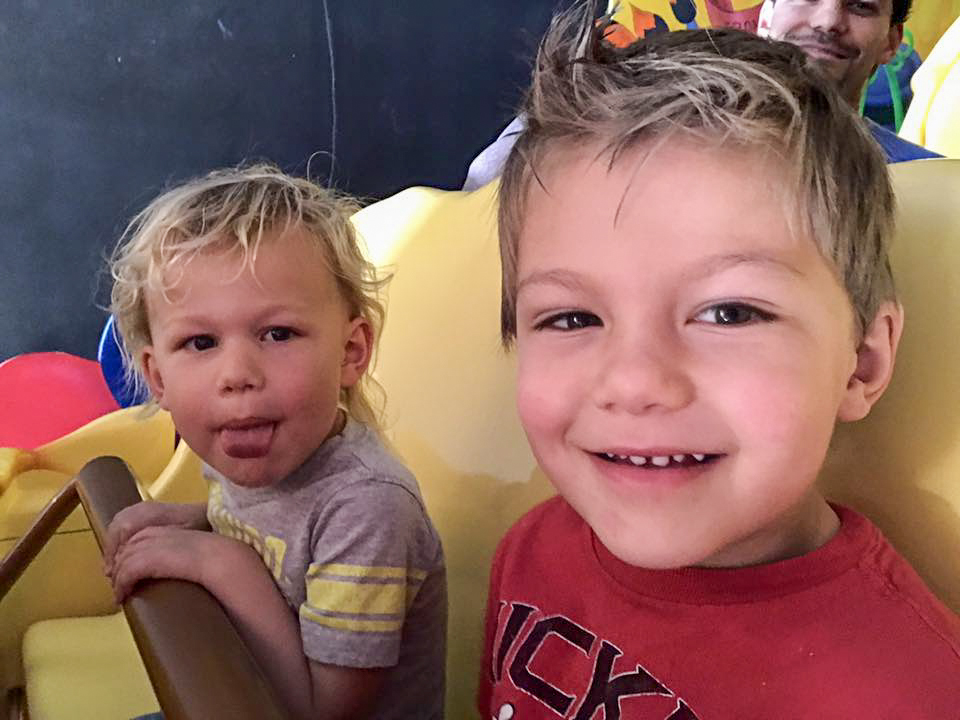 Time for lunch. Let's start with some popcorn. It's a shame they don't offer honey popcorn here like they do at Tokyo Disneyland. I can remedy that! A little buttered popcorn and a packet of honey from the French Market. 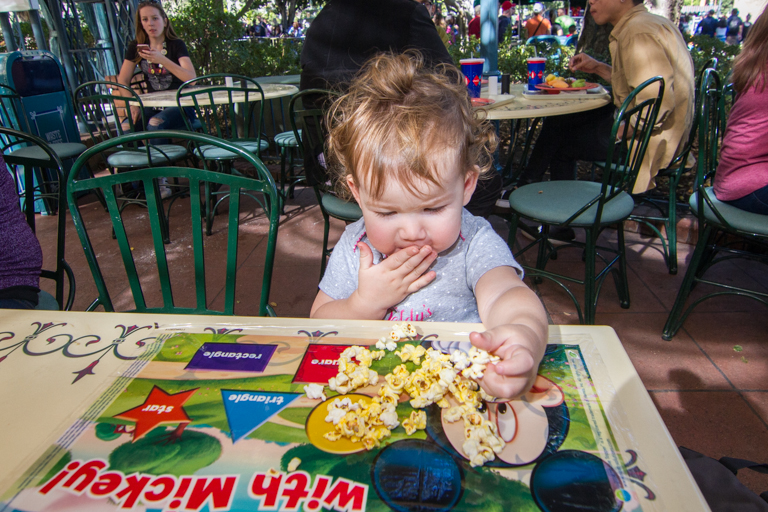 Now that's what I call a sticky situation. 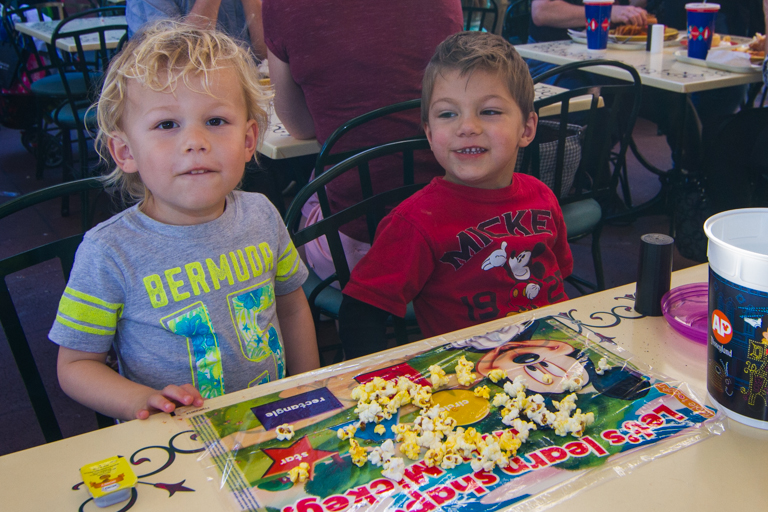 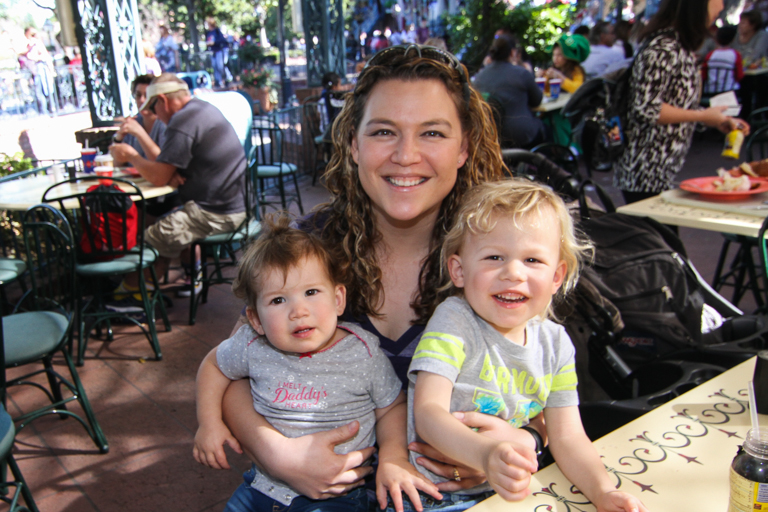 The parks pretty crowded at this point, which means it's about time to wrap up our day. Before we go though, let's sing along with the birdies at the Tiki Room. 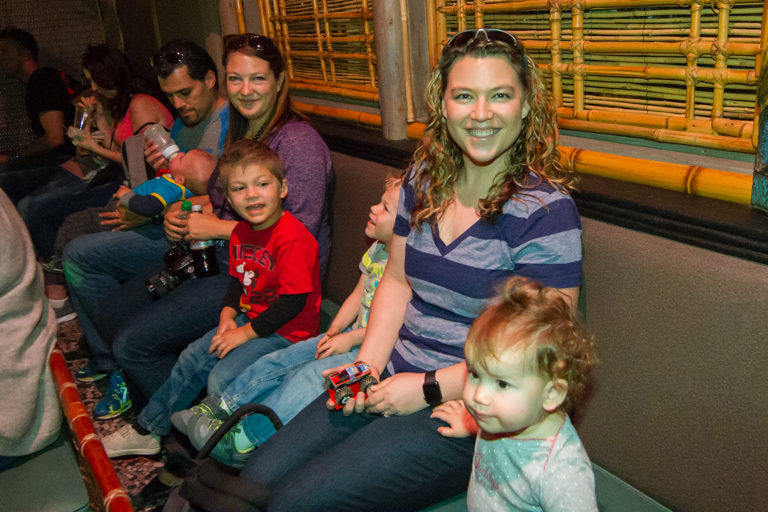 I think they've had fun together today. 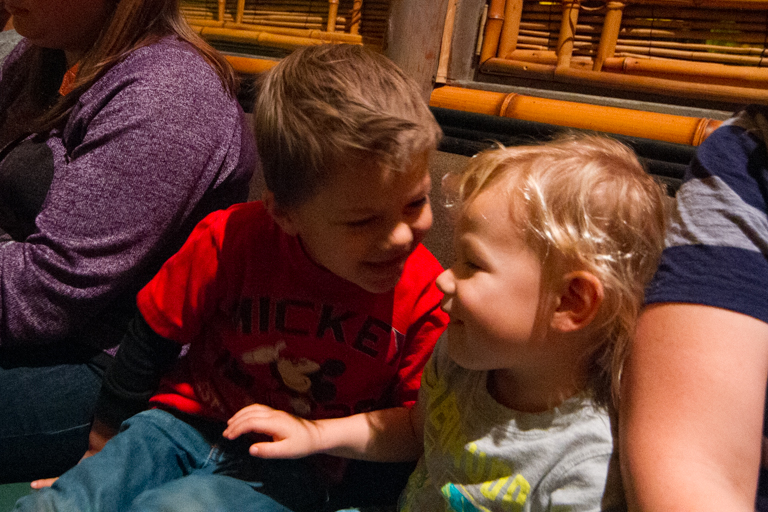 After singing with the birdies, it's time to feed them. Ian and Lucas got quite a gathering of ducks. 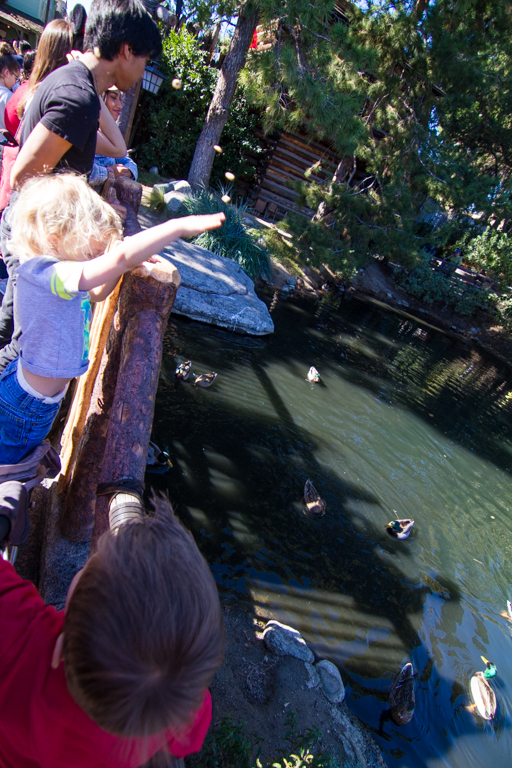 There were plenty of buses waiting for us to take us back to the parking lot, but after walking around the park all day, what's another mile back to the car. Someone was just a little tired after a fun day at the parks. 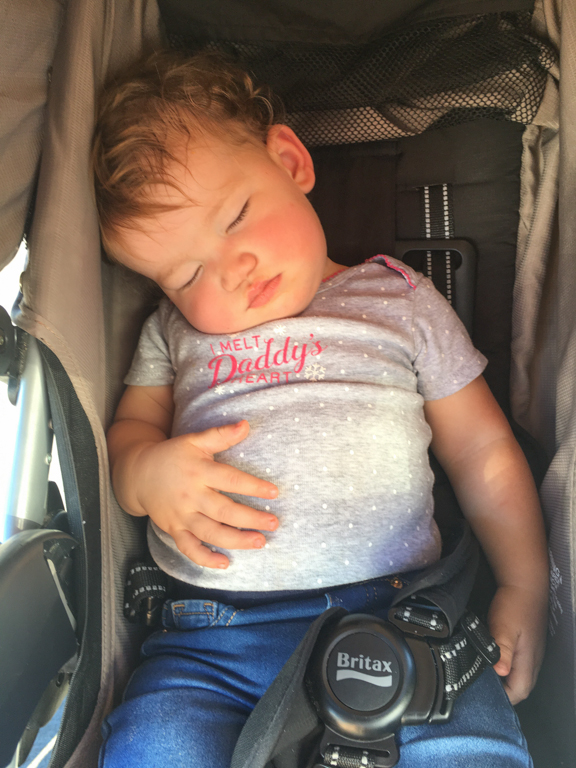