We love Disneyland so much that we end up going almost every week. It's been really busy lately so hopefully going early in the morning will help. 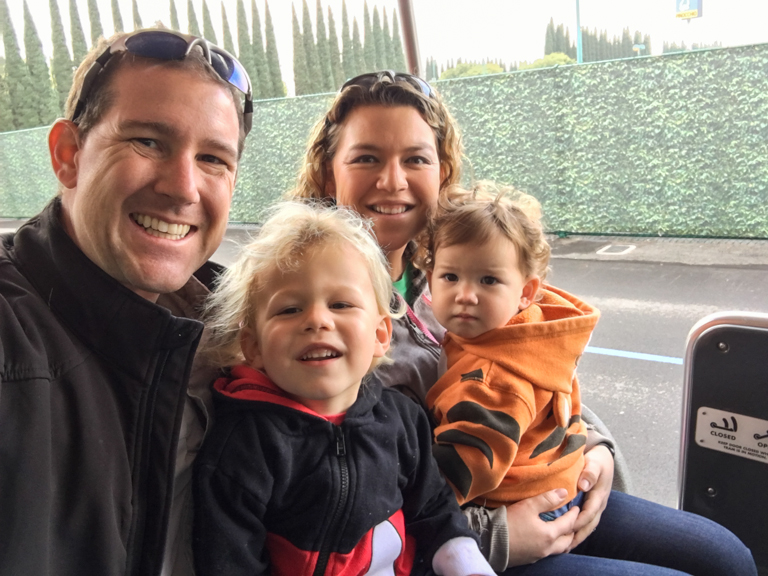 Normally we spend our time in Disneyland. Today we're starting in California Adventure.
Thanks Uncle Jacob for the popcorn bucket. The kids enjoyed munching on the $1 popcorn refills throughout the day. 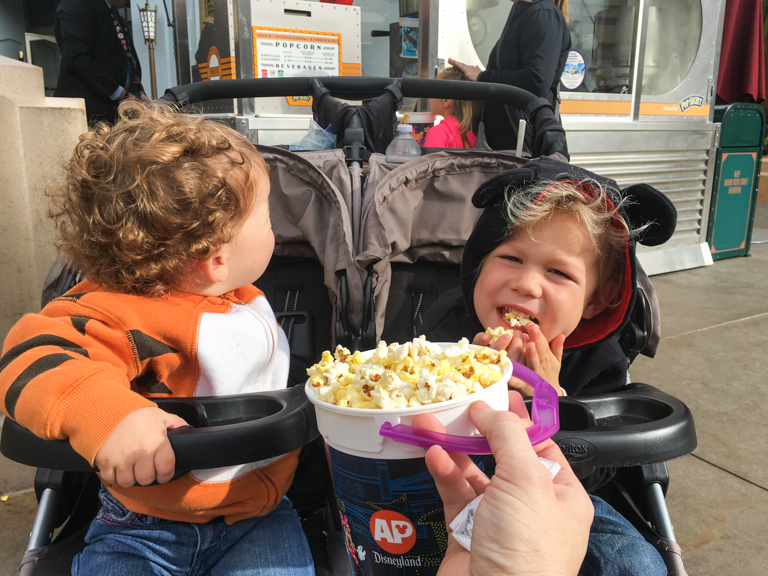 Alli is certainly growing up. Today she had a milestone. First ride that had a height limit! She just barely brushed the 32" mark. 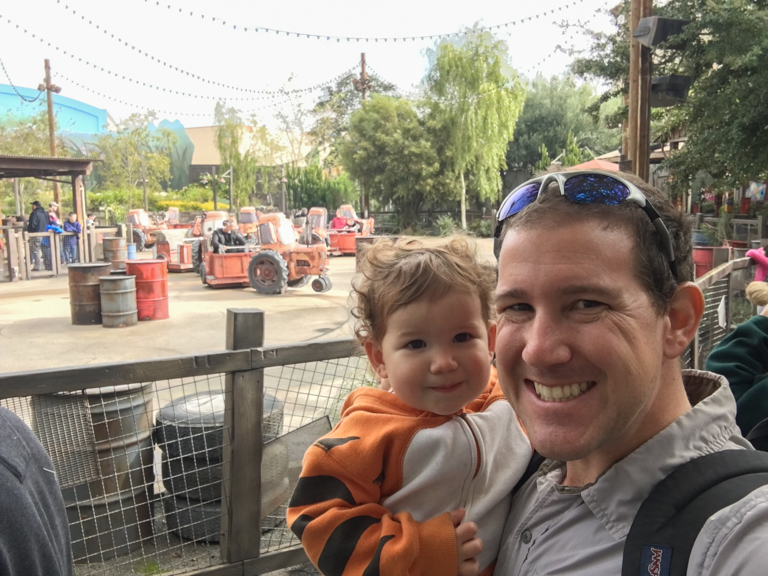 Time to take a spin with Mater! During the ride she was tucked in close to me (could have been all the sliding). At the end she was quick to say "More. More." 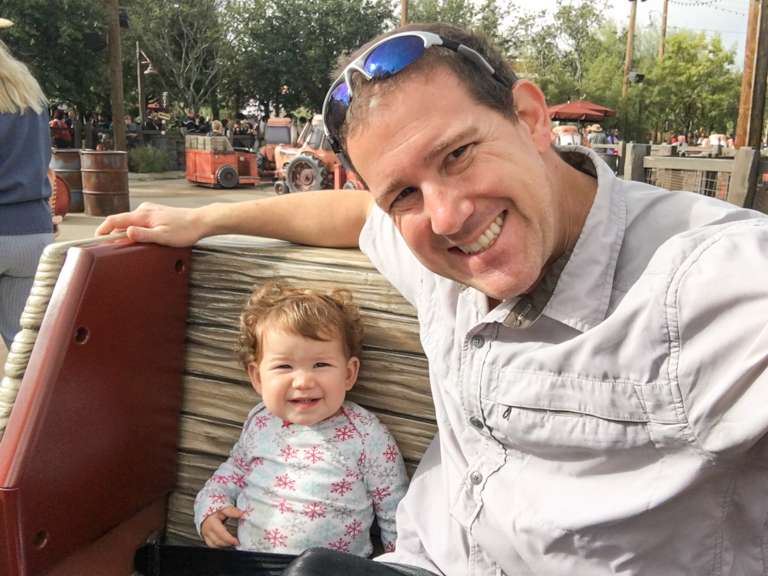 Next we took a spin with Heimlich looking at all the giant food. 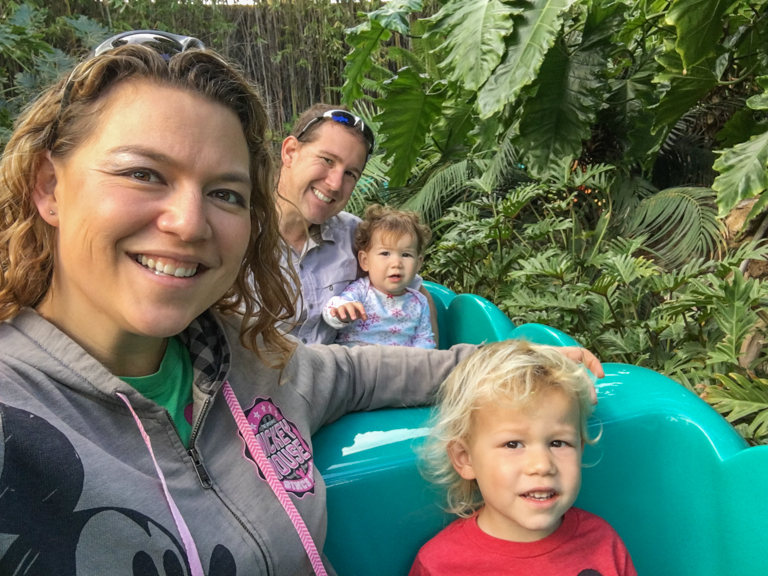 The kids and I took a spin while Theresa watched from the sidelines. 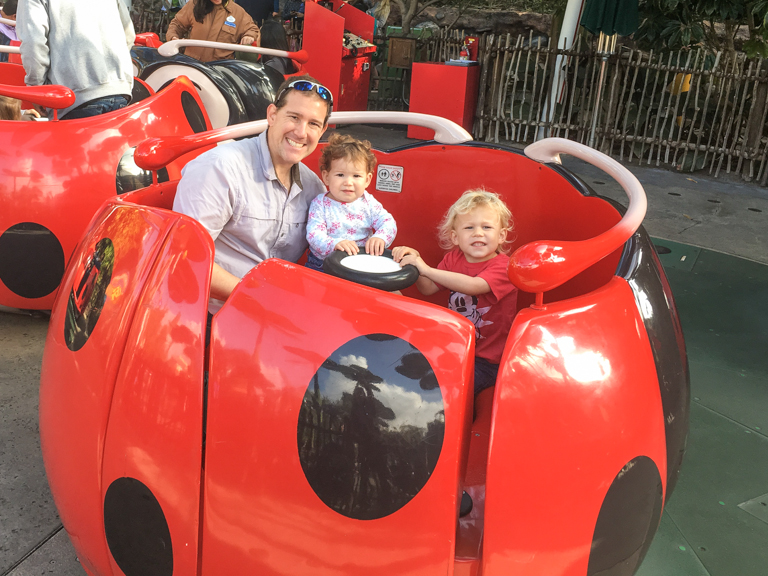 Then our two little monsters headed to Monster's Inc. 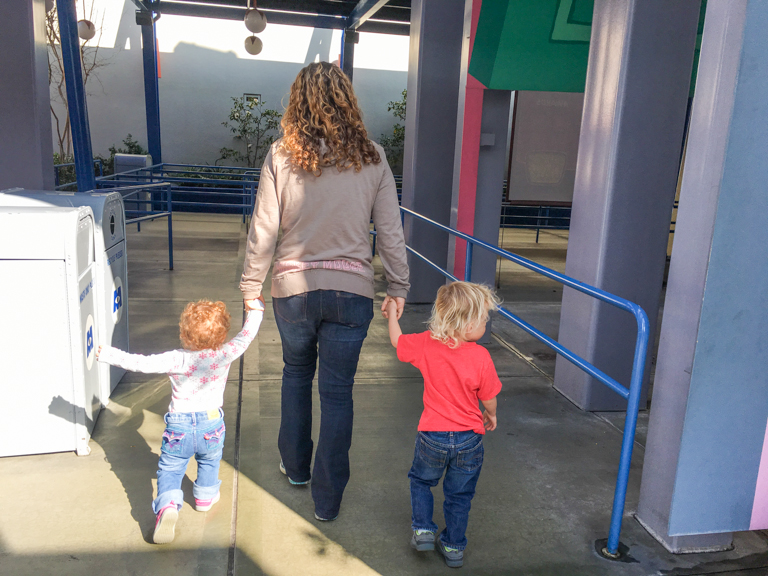 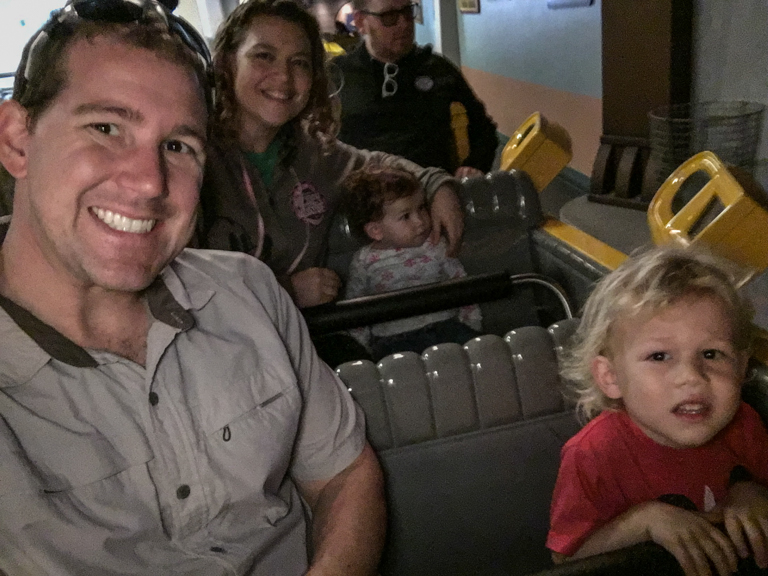 We'd planned to go into Disneyland but saw that Playhouse Disney Live on Stage was about to close its doors. The cast members manning the door said they'd park our stroller and in we went! They even had seats right near the front! Who doesn't love a handful of confetti! 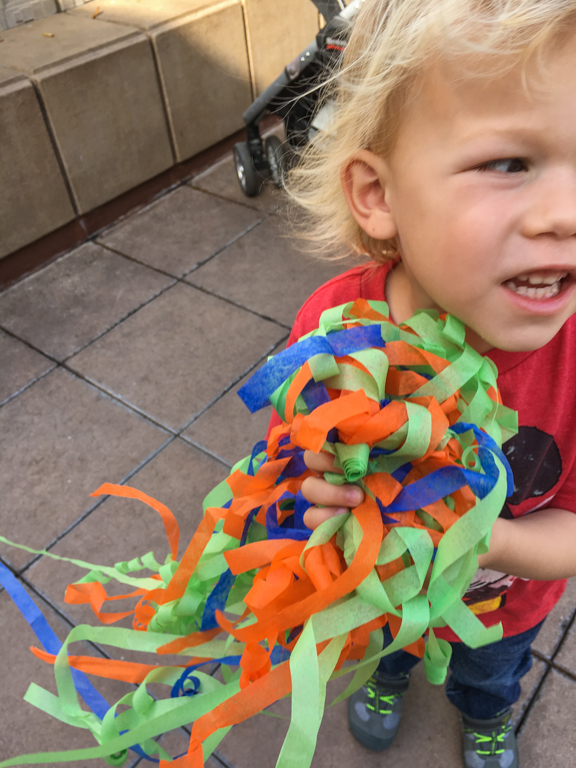 Back over in Disneyland the lines are starting to pick up. We've been having really good luck though getting to ride Jingles! 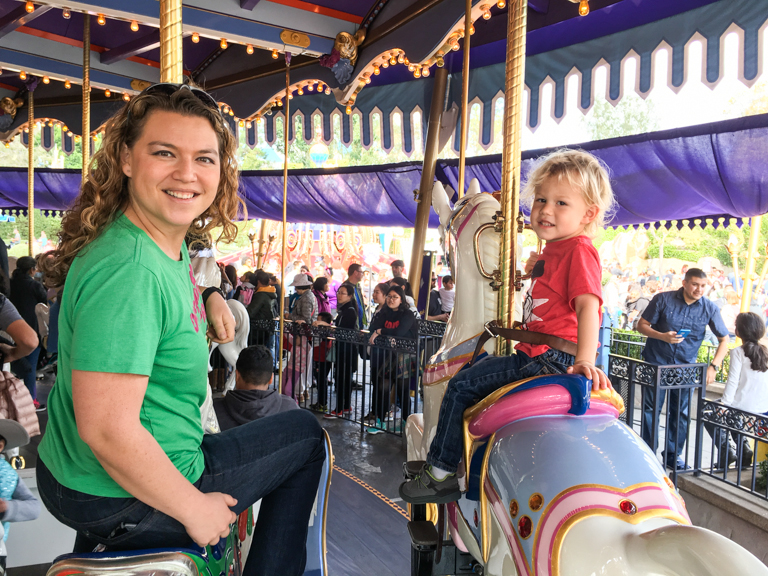 And Alli loves riding too. 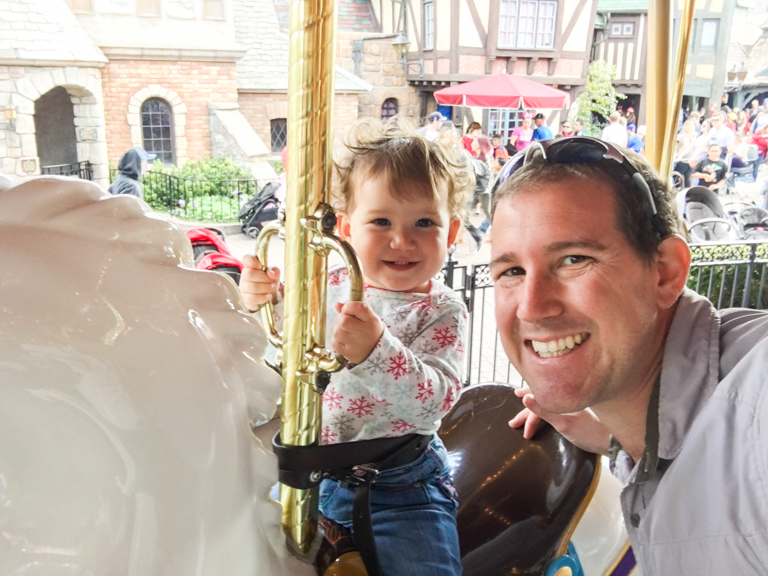 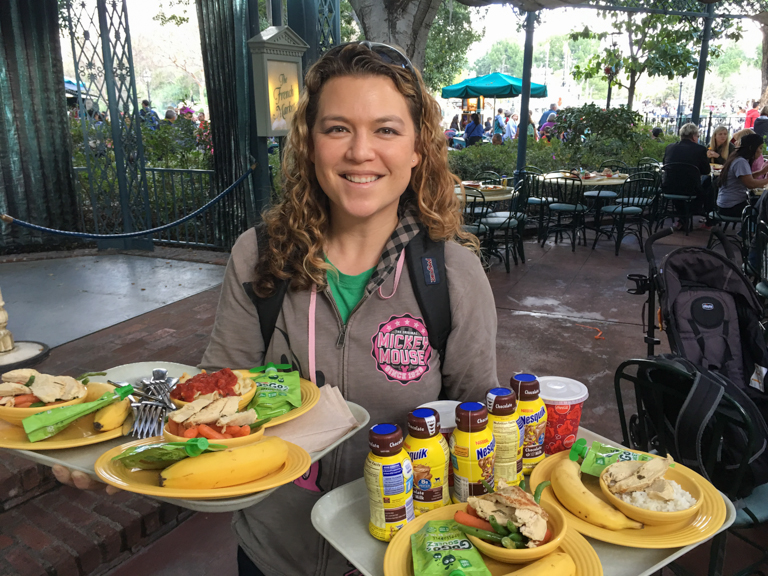 There's so much tempting food at Disneyland. This is not that food. Still trying to stick with the New Years resolutions and this is about the best I've found. 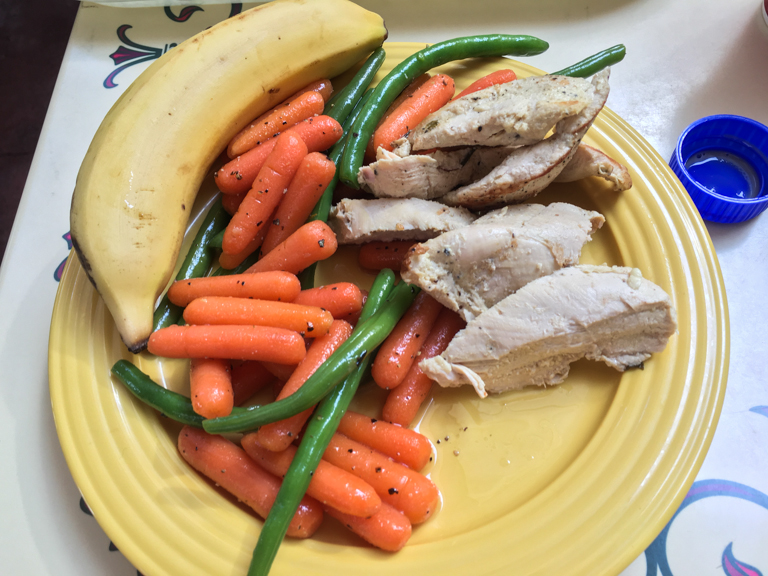 The trains are still parked at the station while work is being done on the line. The kids loved climbing around on them. 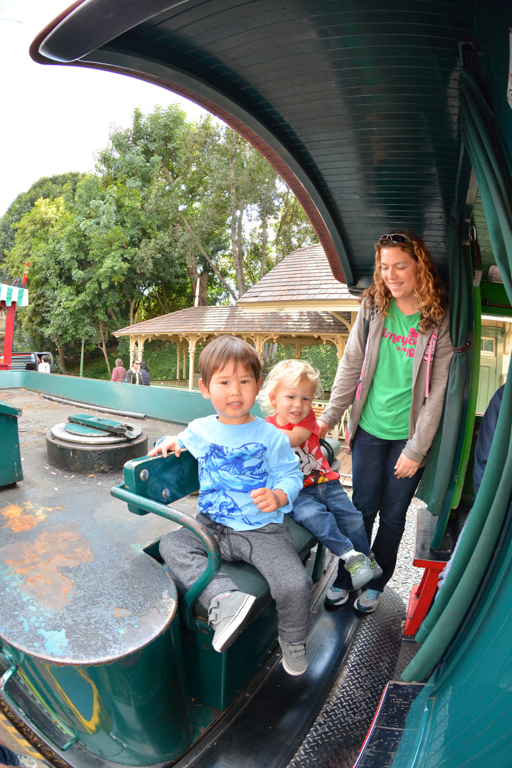 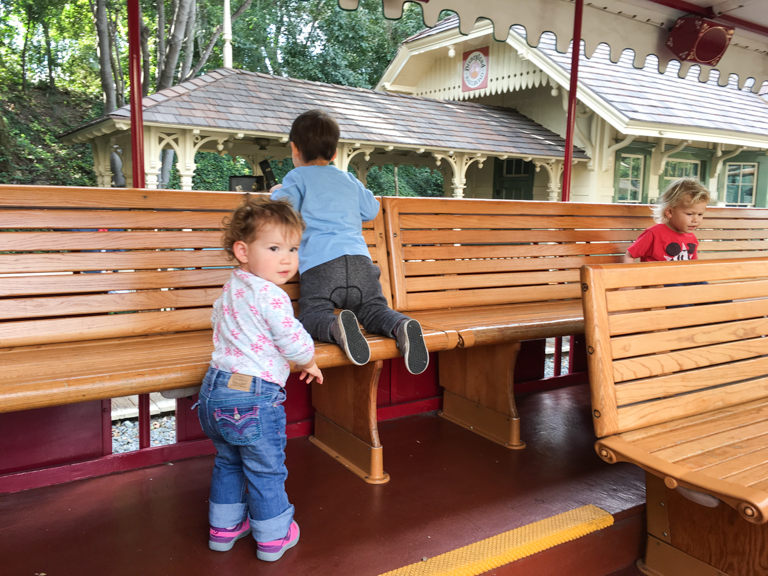 Even the Lilly Belle is open for viewing. 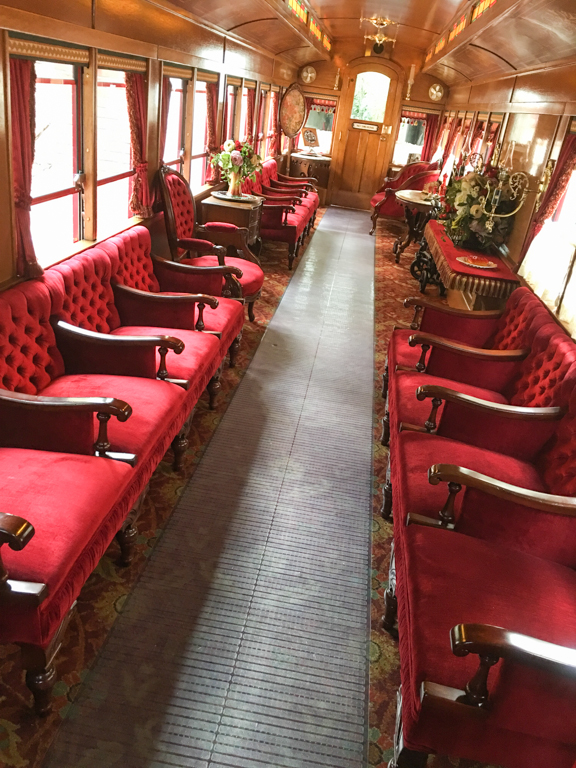 One of the Disney photographers carries around a couple rubber snakes. 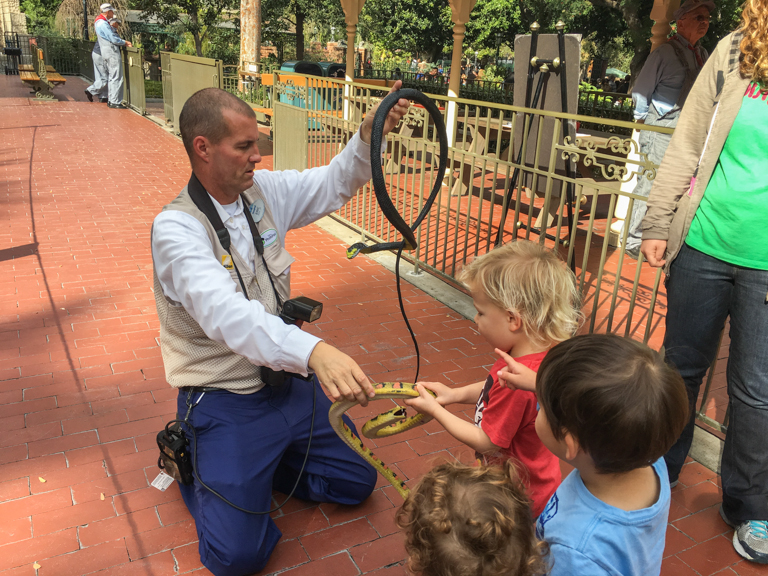 And who doesn't love rubber snakes. 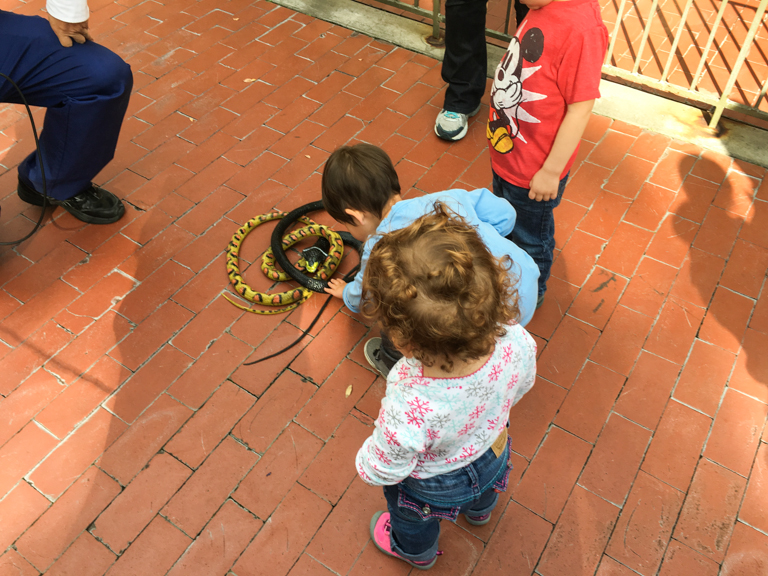 Time for a spin on Winnie the Pooh. 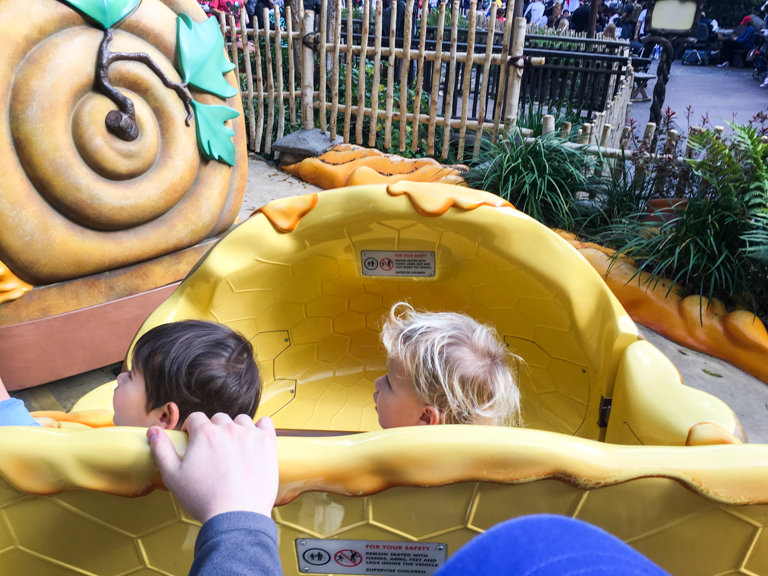 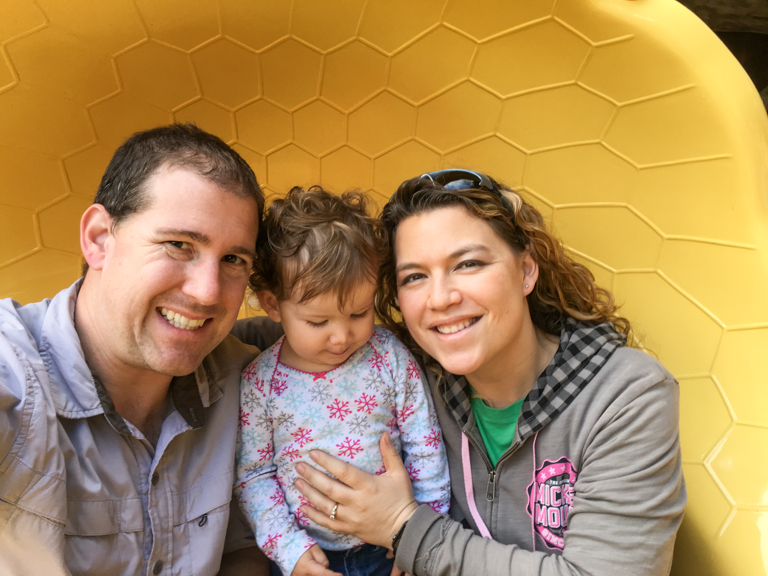 After a visit to the Tiki room, the park was getting really crowded and it was time to go home.

Time for a treat on the way though! 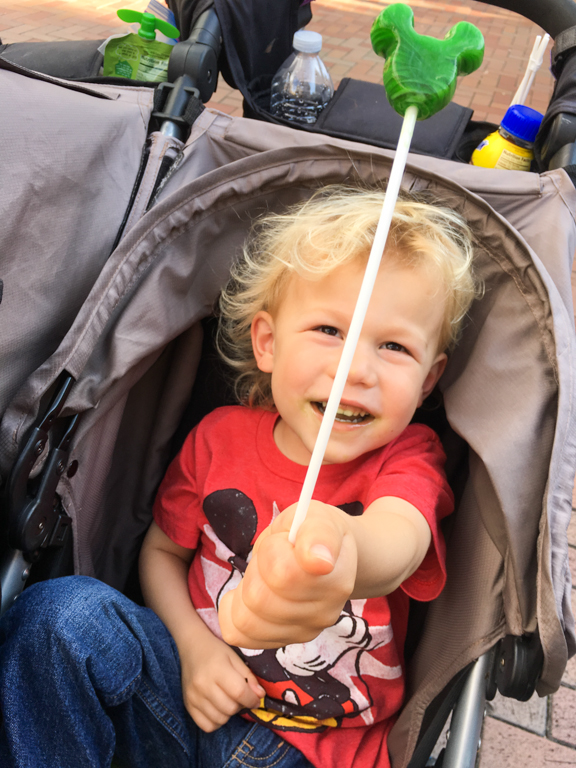 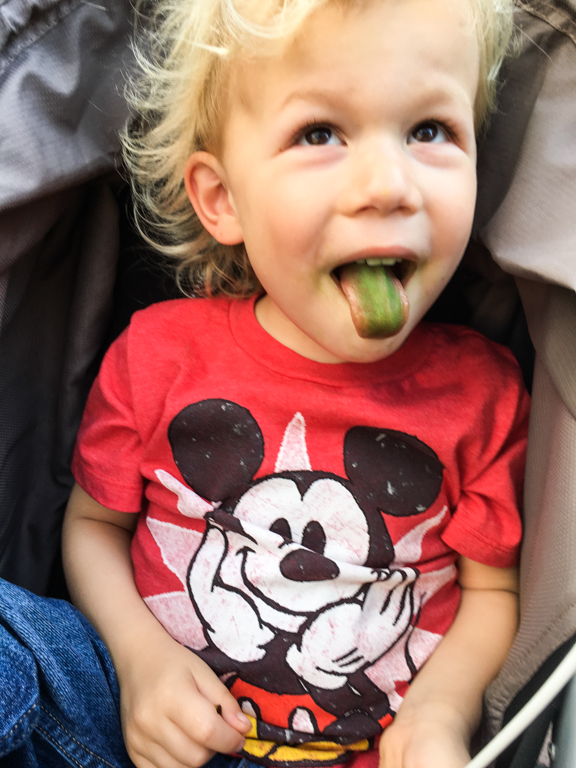 And after going through the gates the next thing I knew, Ian had fallen asleep! Still has a good hold on that sucker though. 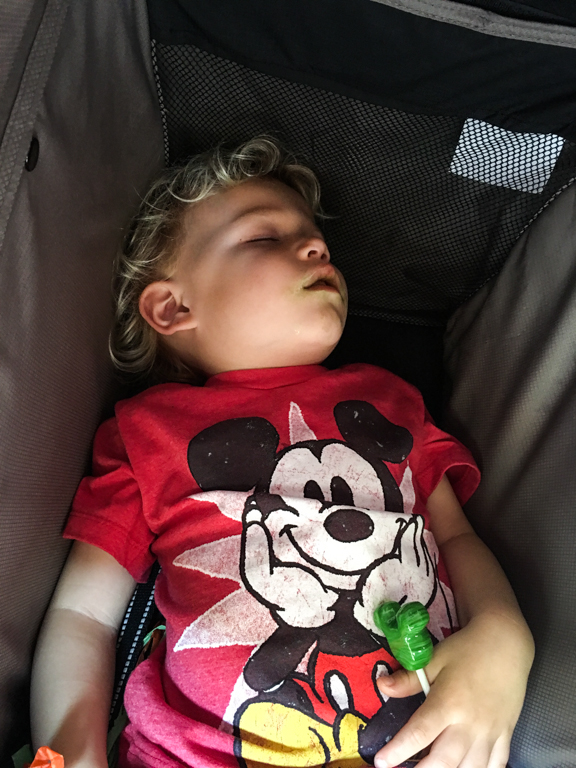 And Alli wasn't too far behind. 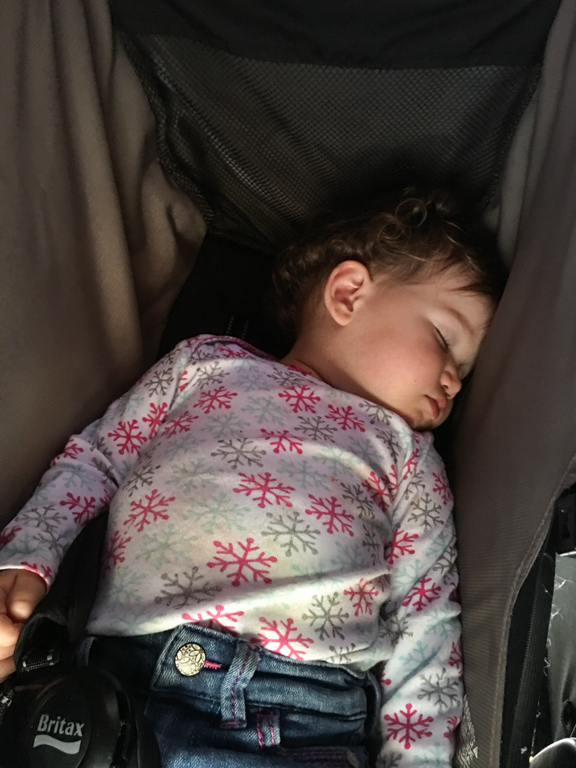 So instead of going straight to the car, instead we walked around Downtown Disney. Theresa was happy to find the new Sprinkles cupcake shop! 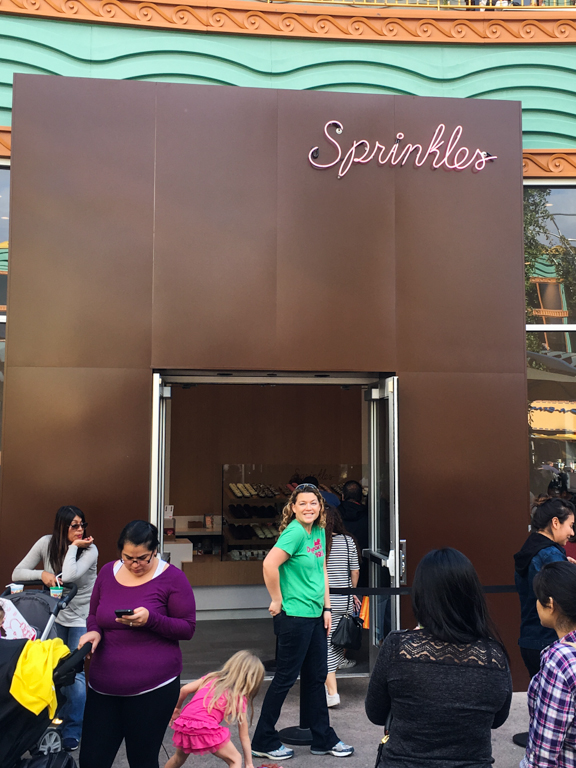