After getting all our chores and everything done earlier in the weekend, our Sunday was wide open. T and I planned on taking a long walk with the kids somewhere. Hmm, maybe the beach, or a local park... Well why not Disneyland? Yes we were just there a couple days ago. No reason we can't go again.
I had said earlier that Alli was really into ducks. When I was picking out hats this morning, she was loving this Donald Duck hat and looks so cute in it! 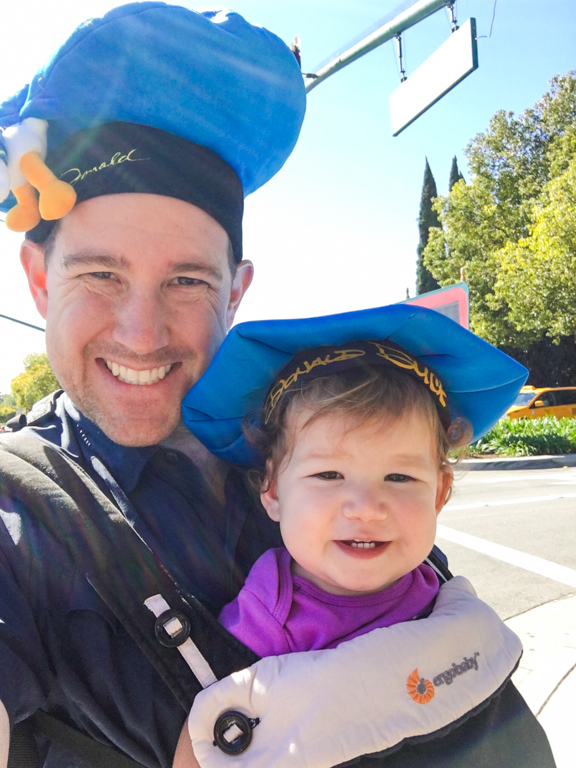 Ian saw my bin of hats and wanted to wear a Monster's Inc hat. That's our first stop today! Being Sunday, it's pretty busy. About a 20 minute wait for Monsters today. 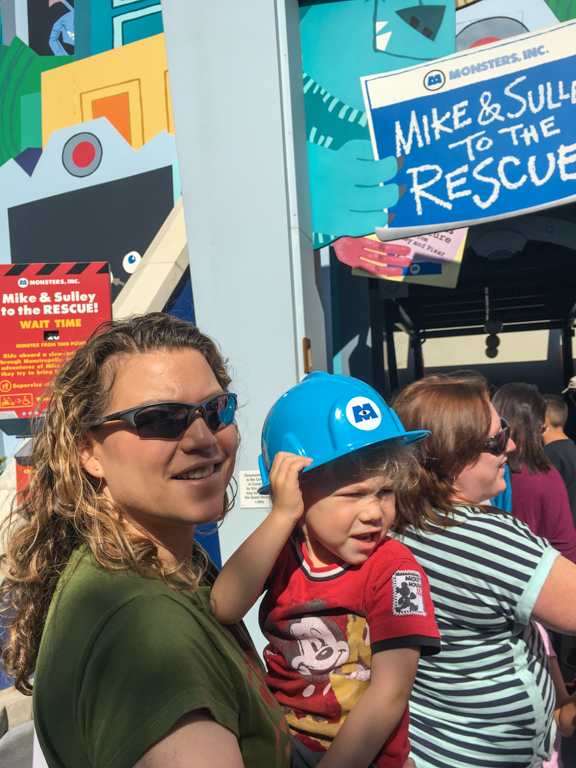 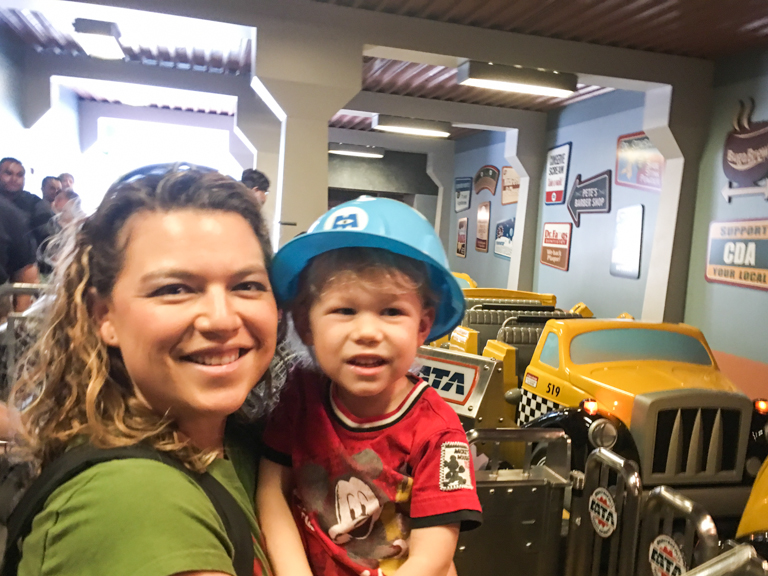 Twenty minute waits are the norm is seems like. Another 20 minute wait, for Ariel this time. 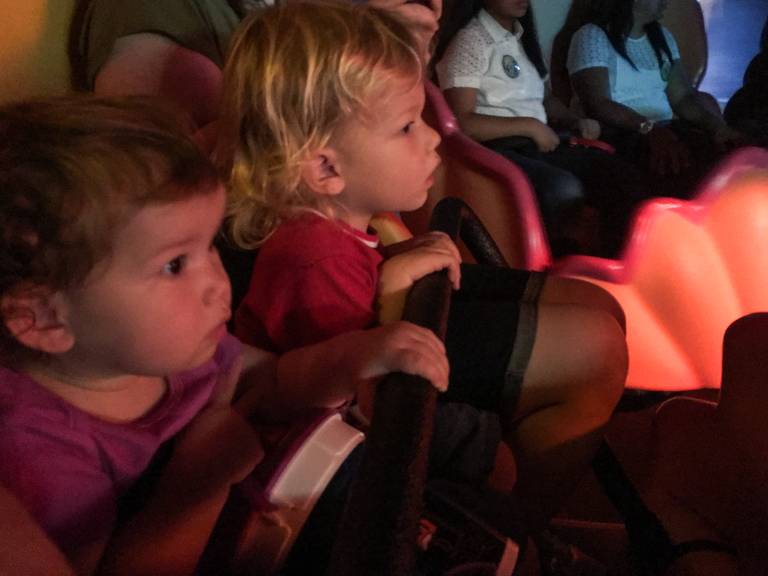 Squeezing 4 into a clamshell. 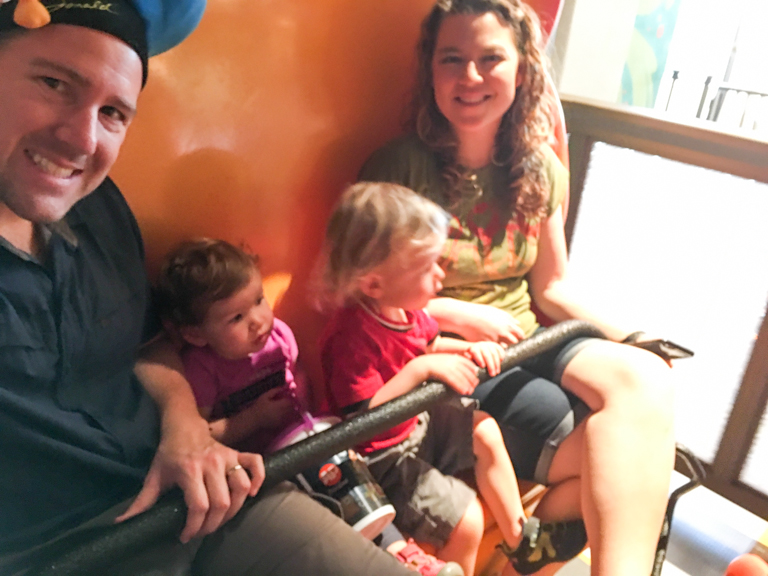 Lunchtime! Instead of hot dogs, we're trying chicken nuggets today. And since they came from the Smokejumper's Grill, we got to hit up the toppings bar with pickles, tomatoes, and ranch dipping sauce. 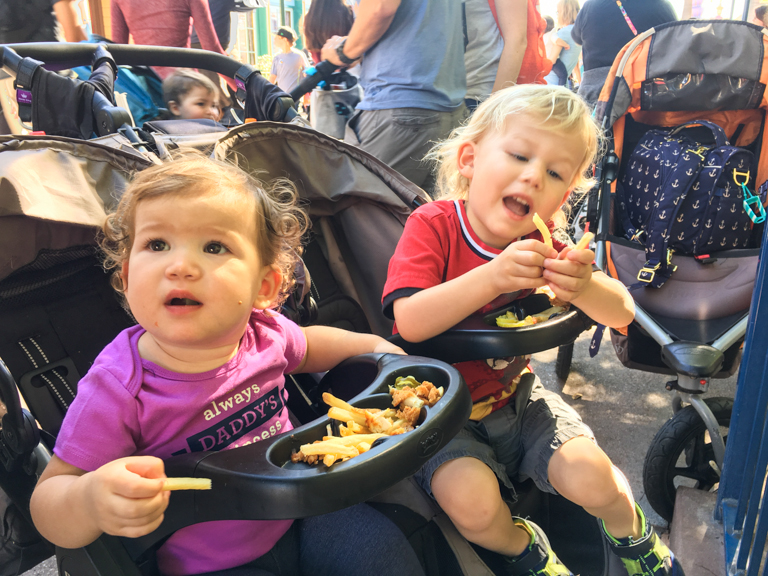 After lunch, I'd thought of going on Mickey's Fun Wheel. Alli is at the stage where if she's recognizes something, she'll yell it out and point. All we heard for the last few minutes walking around Paradise Bay has been "MICKEY!" as she points to the fun wheel. Getting closer, we saw it was closed, so instead we continued on to King Triton's Carousel. 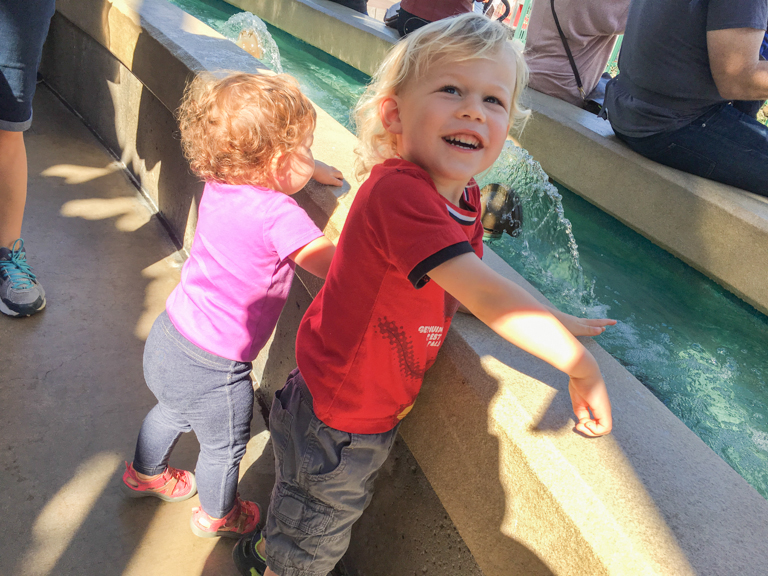 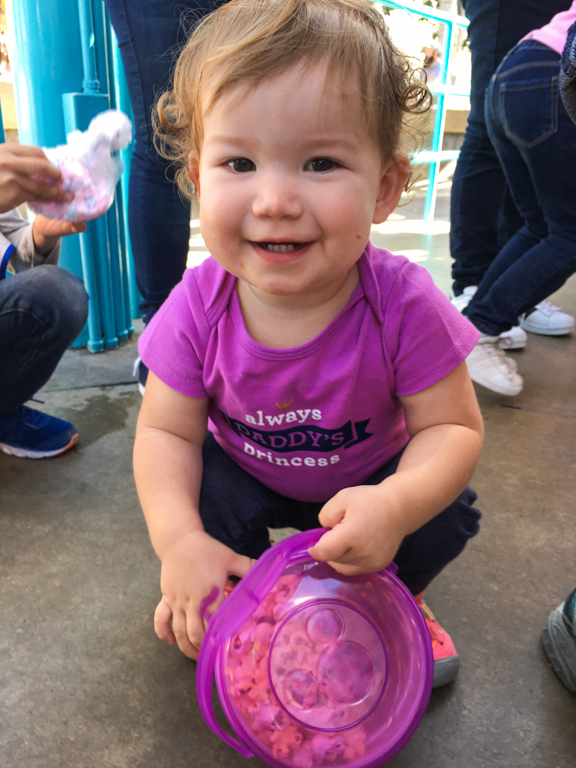 Alli, what color do you want to ride? "Bweew!" 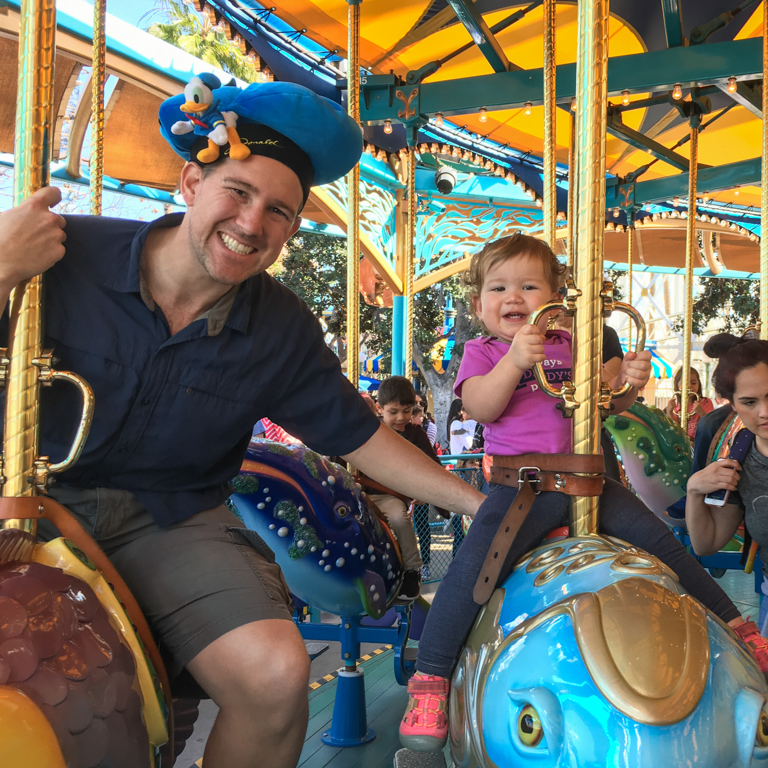 When we asked Ian what he wanted to ride, he said "The bench!" Really? You could ride a fish, a whale, an otter, a dolphin. Which do you want? "A bench!" Okay... 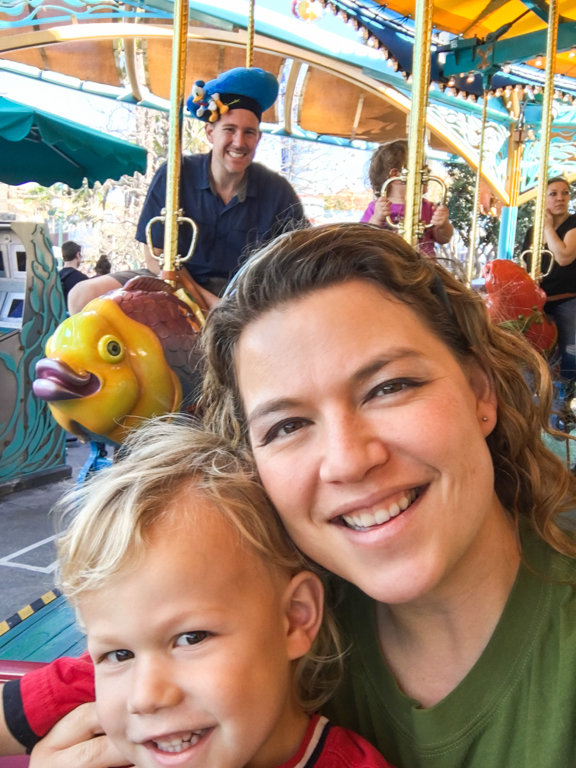 Feeding the ducks is always on our agenda. Here there's more seagulls than ducks, but they enjoy the remains of the french fries and chicken nuggets all the same. 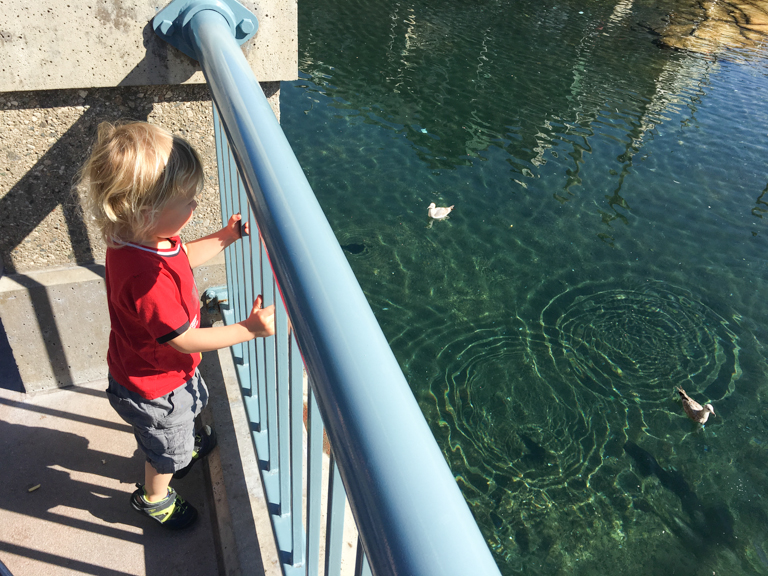 Trying to find a ride that has a short line. Over in A Bug's Land, the kids and I found ourselves in line for Francis' Ladybug Boogie. Emphasis on the boogie part. The kids both enjoyed dancing while waiting in line.

And liked to spin too. 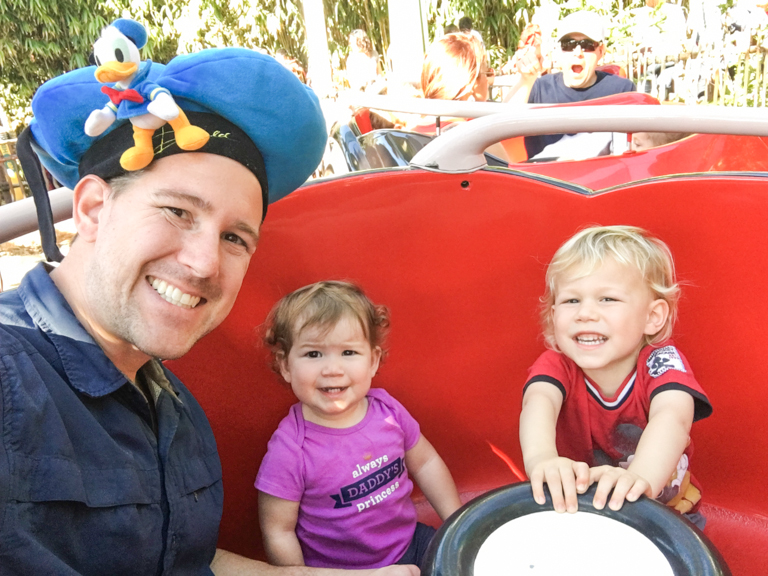 DCA was really filling up, and I'm sure Disneyland isn't much better. Once we entered of course it was super crowded. We walked down Main Street back to the Mad Tea Party. They had the extended queue set up there. Maybe the carrousel? Nope, extended queue set up there too.
Well I know one place that doesn't really have much of a queue. The Tiki Room! After a few minutes wait, we made it in to the next show. 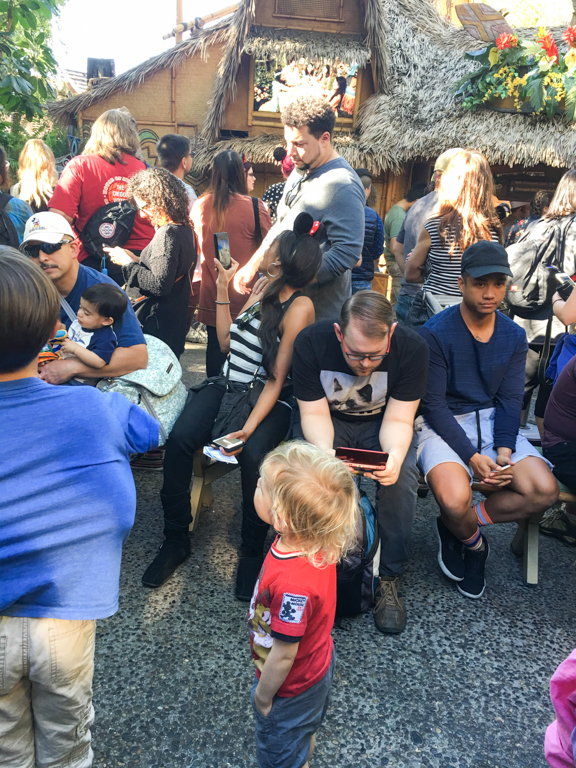 And because we could, after the show was done, we walked around the building and hopped back in line to watch it one more time. 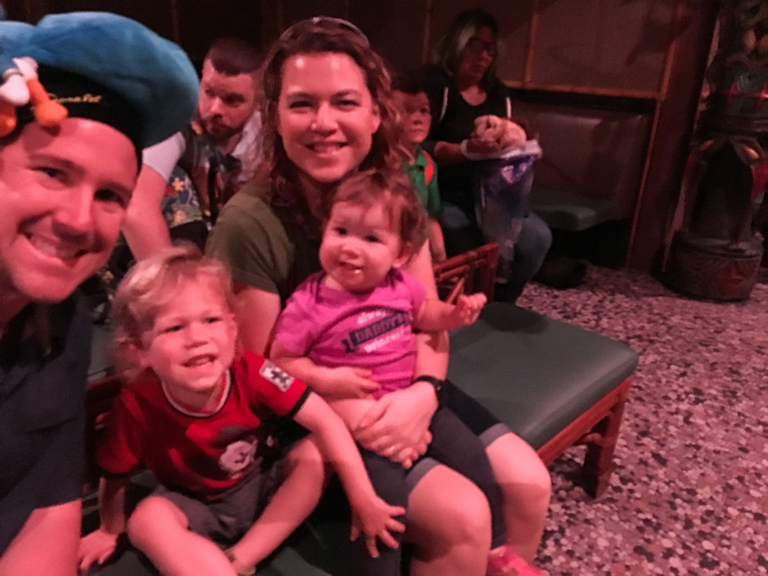 Someone was certainly worn out. Once we got to the car, she pulled her Duffy bear up to her face and fell asleep. 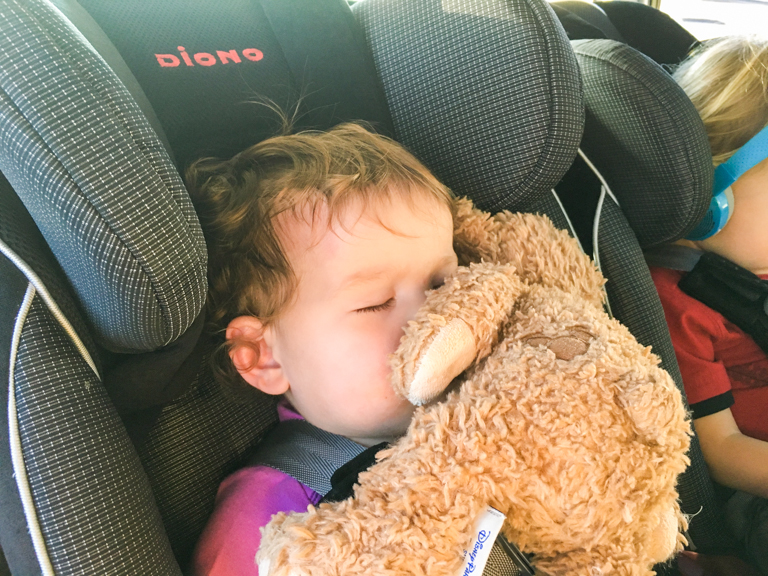 Well T and I had intended on going for a long walk today. After walking from the parking structure and all around the parks, we logged over 8 miles! Not too bad at all.
Posted by Joe at 4:00 PM