Epcot and Closing out the Magic Kingdom

After going to see Turtle Talk with Crush, it was time to start winding down our day at Epcot. 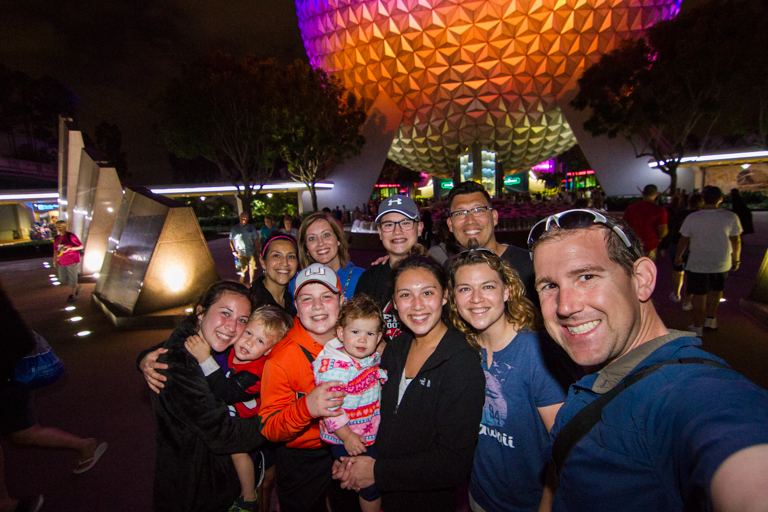 Theresa and I took the kids on Spaceship Earth, while the rest of the family were able to snag last minute fast passes for Soarin! I'm liking this WDW version of the fastpass system more and more! 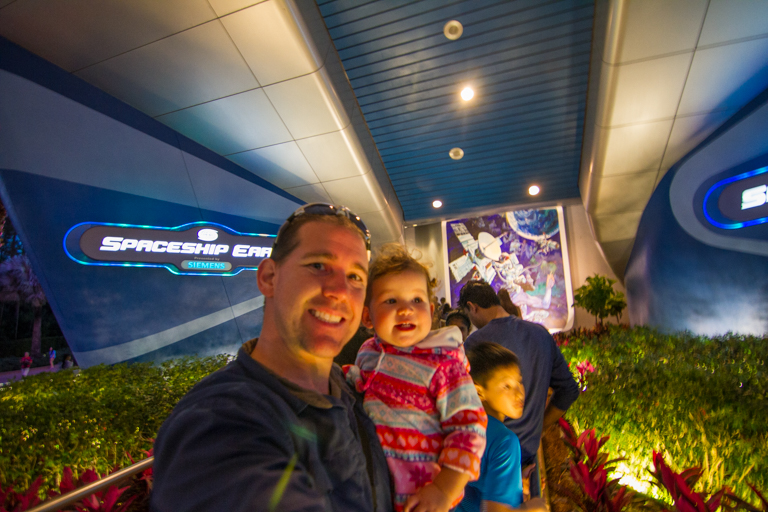 Alli and I getting to see what will be in our future. 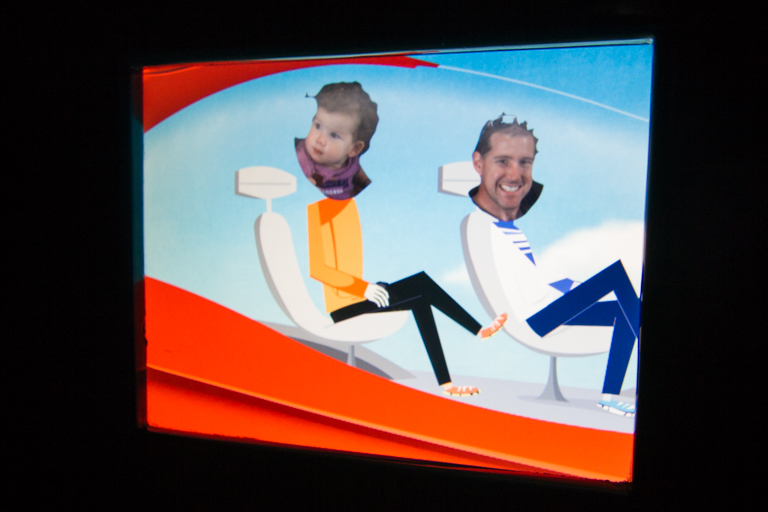 Another thing it we be really nice to have back home at Disneyland. Club Cool! Getting to sample 8 different sodas from all around the world would be fantastic! Plus it's free! 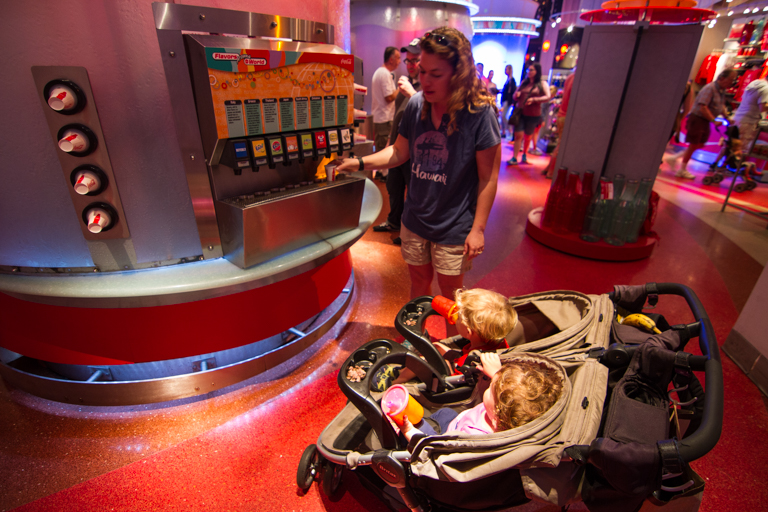 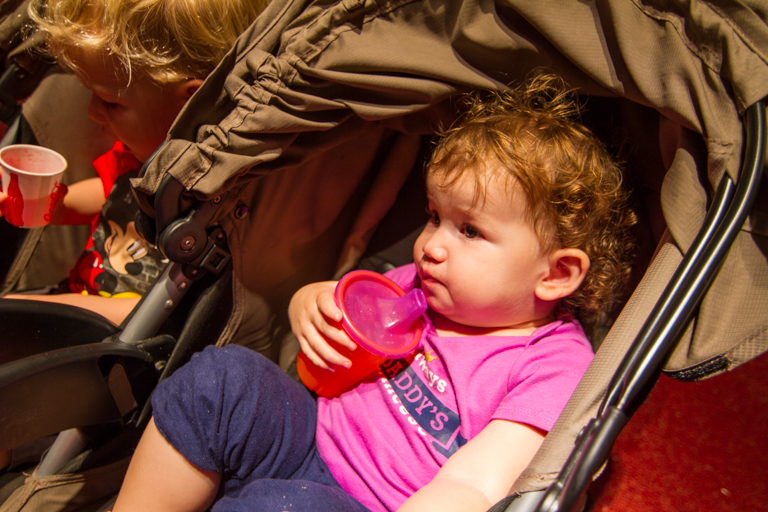 I think the dancing Fountain of Nations would be pretty great to have back home too. 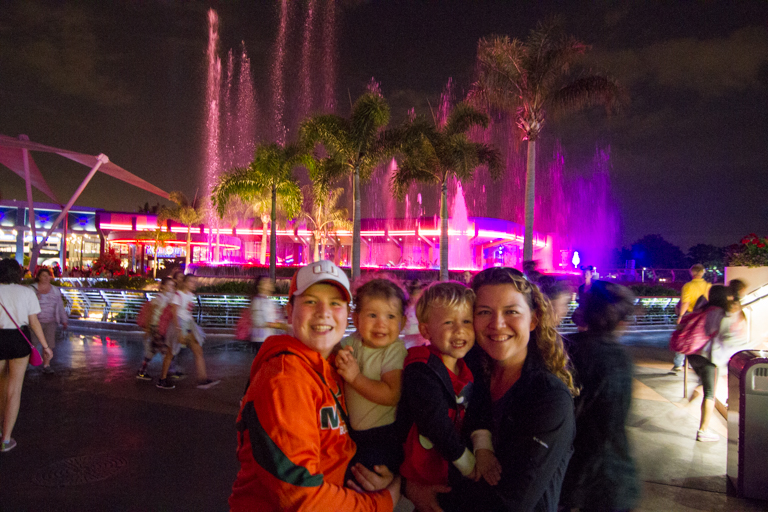 There's time for just one more ride before we have to think about heading home. Off to The Land! 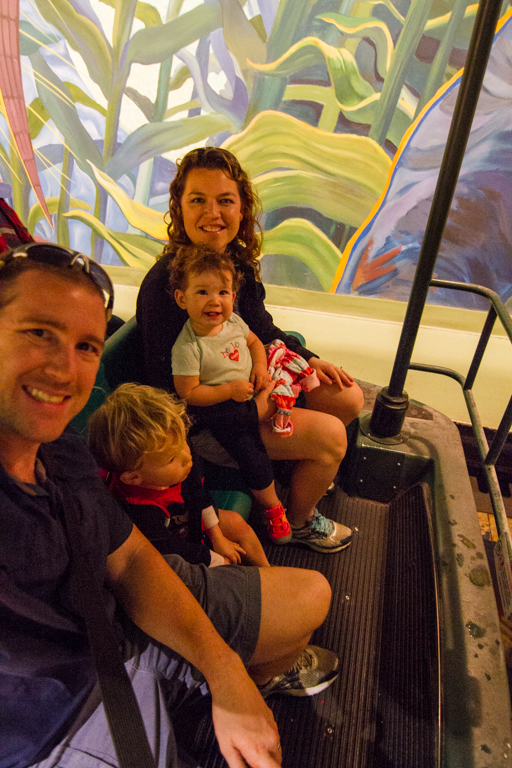 The greenhouse portion of The Land really has a different feel at night. 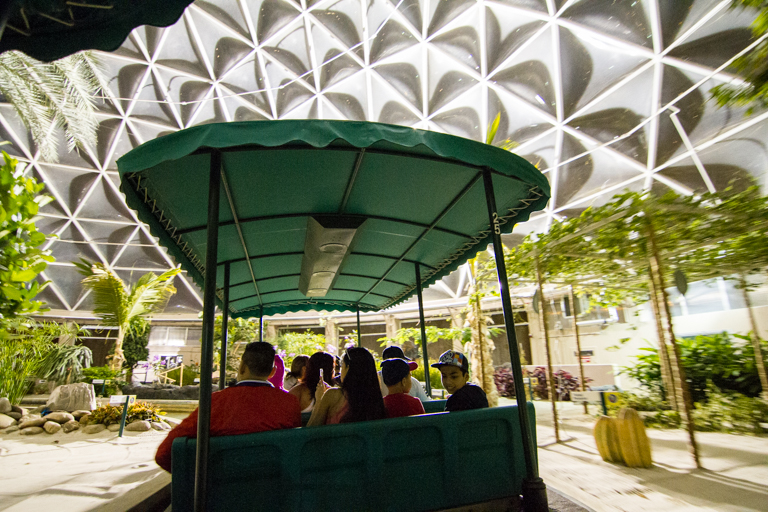 I made the entire group stop for a picture at the entrance. 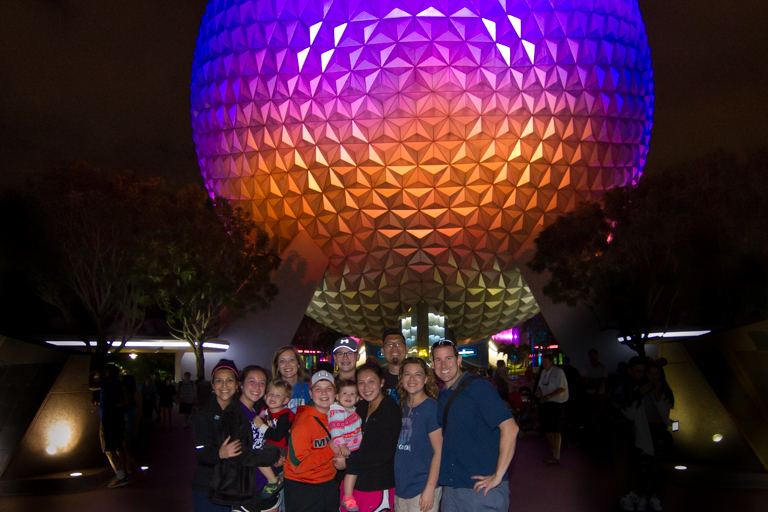 As we were finishing, suddenly a monorail started coming around the big Epcot loop. The entire group took off, running out of the park and up the ramps, just beating the monorail to the station and ready to head back to the ticket and transportation center. 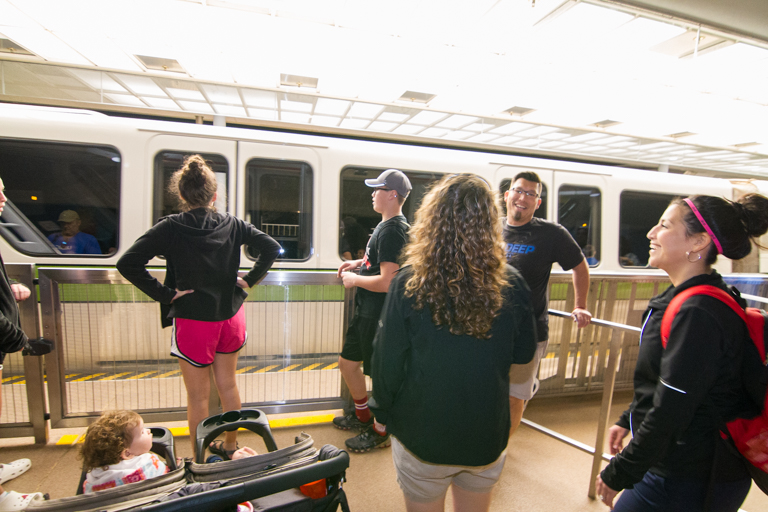 It looks like she's had a pretty good day.
Arriving back at the cars, I did a quick shuffle with the car seats, moving them into Donald's car, and then left the family to head back into the parks! 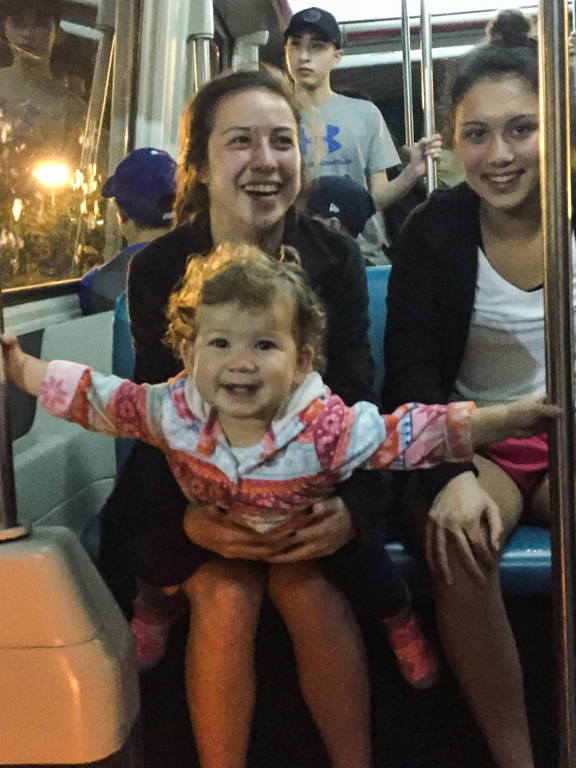 Austin, Ethan, and I are all set to close down the Magic Kingdom! Using a last minute fastpass, we were able to snag a quick ride on Space Mountain. 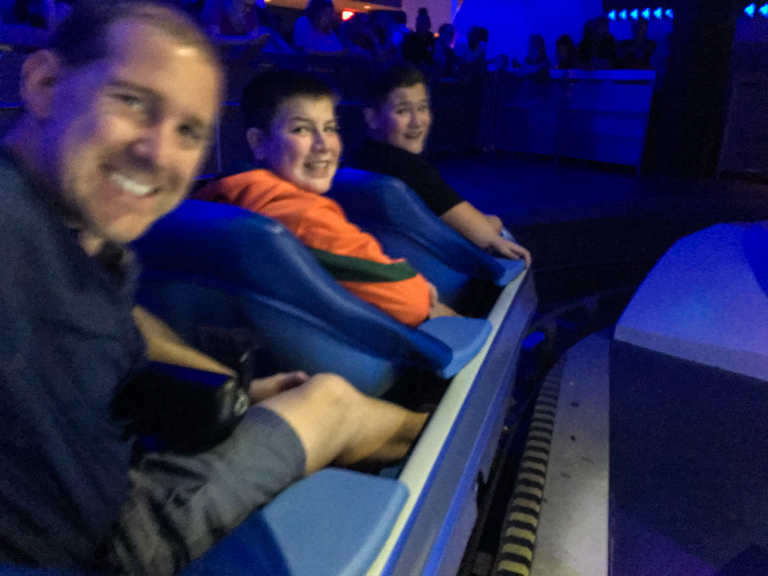 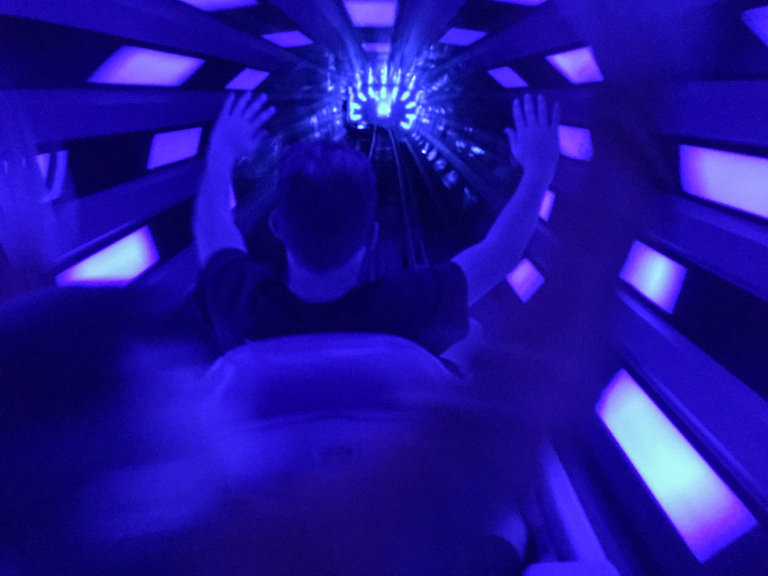 And while we were in line for that, was able to get another fastpass so we could all ride again! 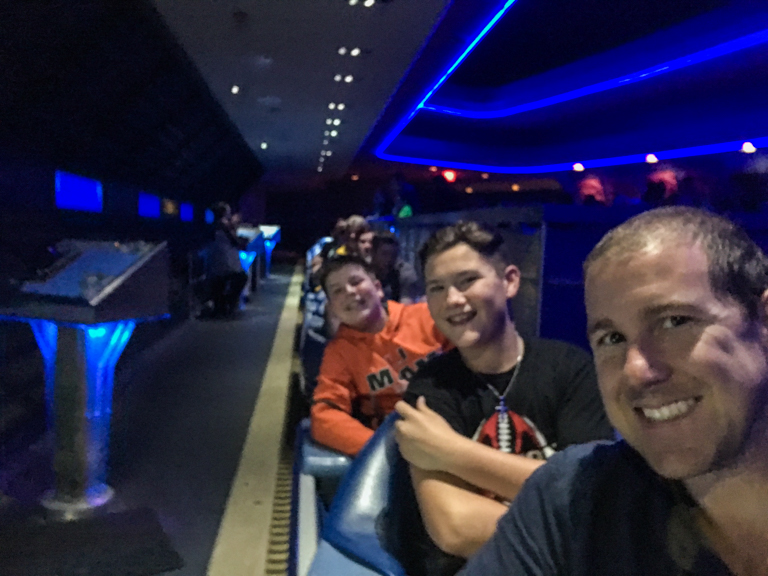 I've been wanting to ride the Seven Dwarfs Mine Train at WDW for the longest time. Each time I've tried in the past, all the fast passes have been gone, and the wait time for the standby line has shown upwards of 150 minutes! That's crazy! Lucky for us, we had a fastpass waiting for us. Finally I get to ride! 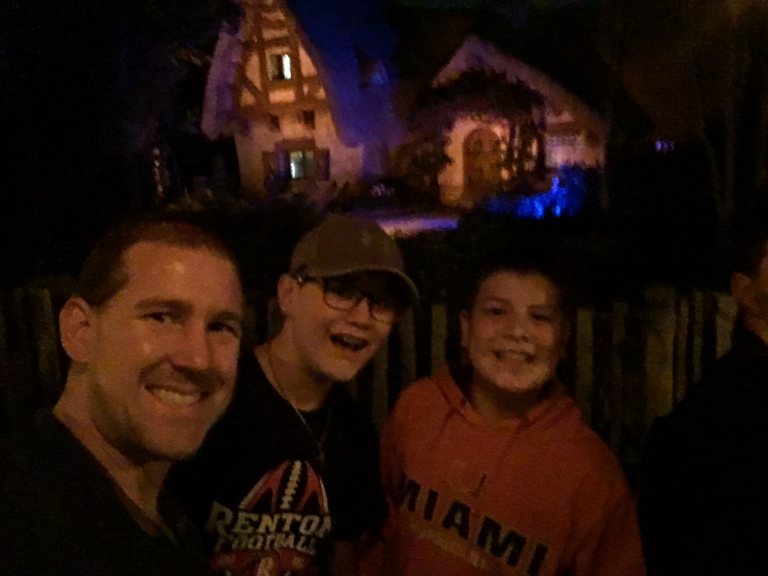 The ride was cute. Nowhere near worth waiting 150 minutes for, but if I had a fastpass available for it, I'd definitely ride again. I always hope for a few more thrills with my rides, but the Mine Train was pretty tame. 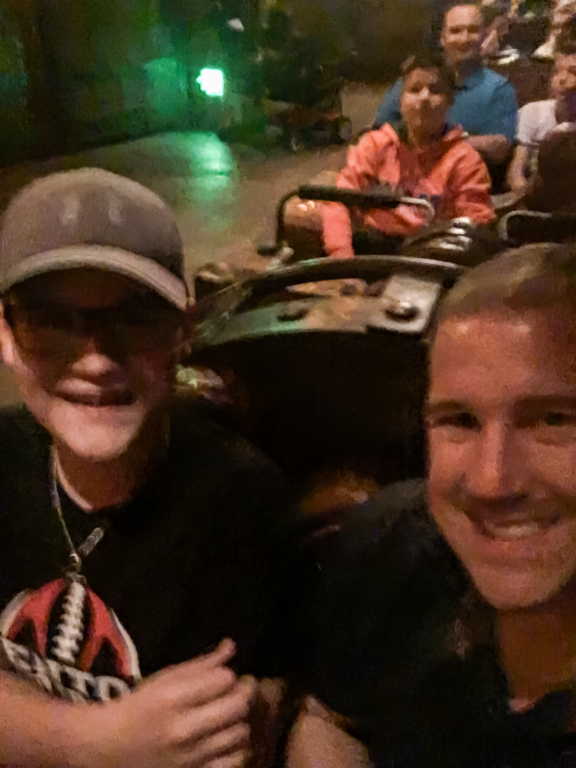 Finishing our ride on the Mine Train, we only had 15 minutes before the park closed. I can think of no better way to finish a night than by getting soaked and walking back to the car with squeaky shoes. Splash Mountain it is! 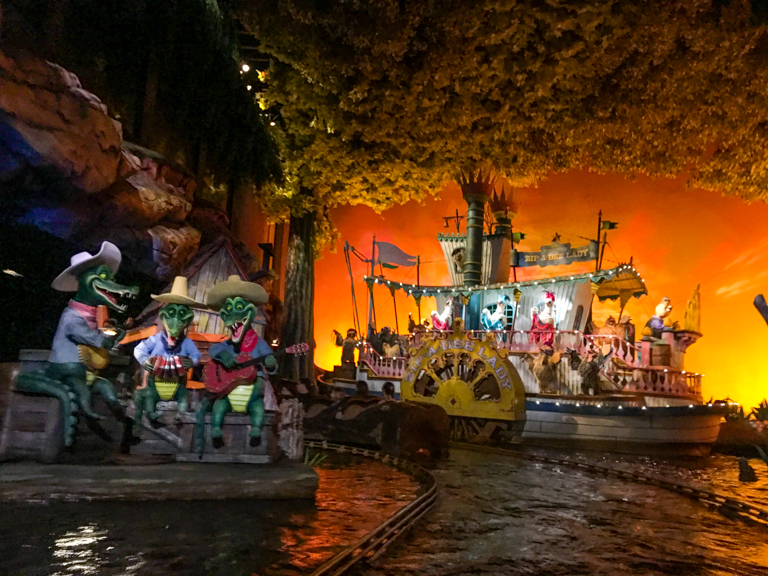 And Splash didn't disappoint. I love seeing all the effects that we don't have in the Disneyland version, and all three of us ended up with some part of our clothing soaked.
Once we'd got back to the ride platform, I had hoped we might be able to squeeze in one more ride, but if was just after 11pm and the cast members had already closed the queue. So, last ride...? 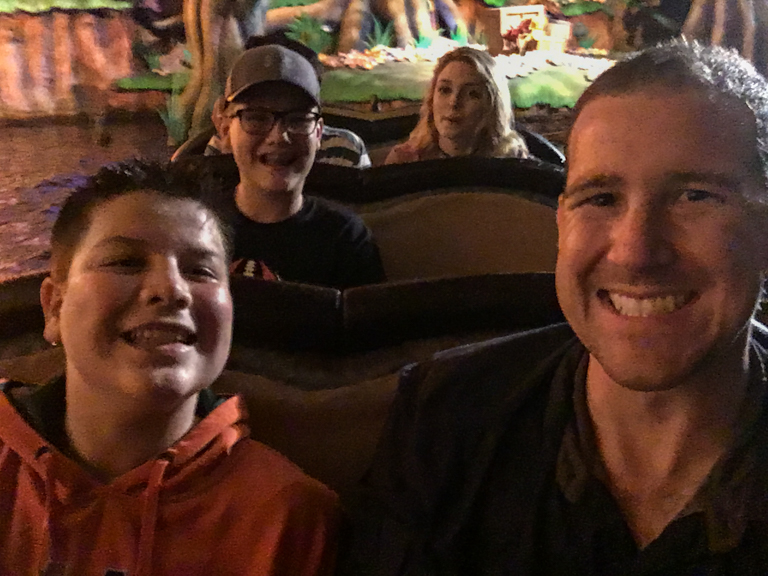 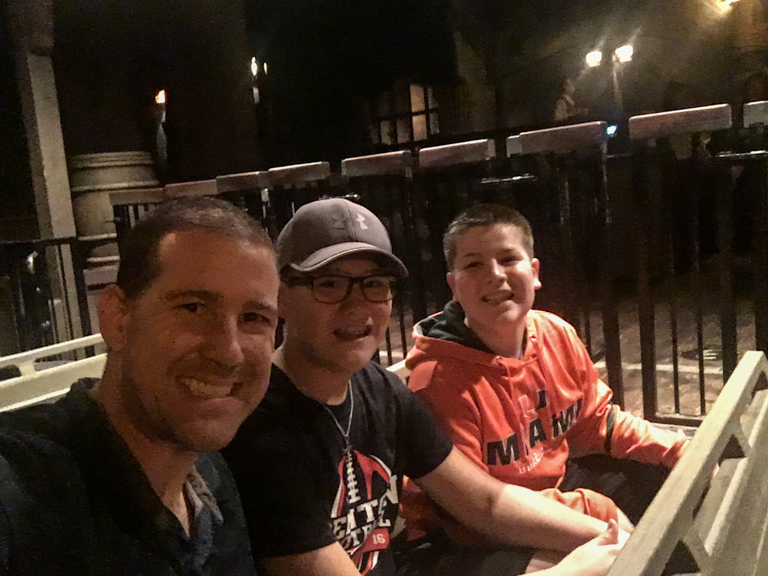 Pirates is a little more eerie when all the boats ahead of you and behind you are completely empty! It reminded me of the exact same experience that Theresa and I had years ago at Disneyland Paris. It was the end of the night and we were the only ones on that version of Pirates too. 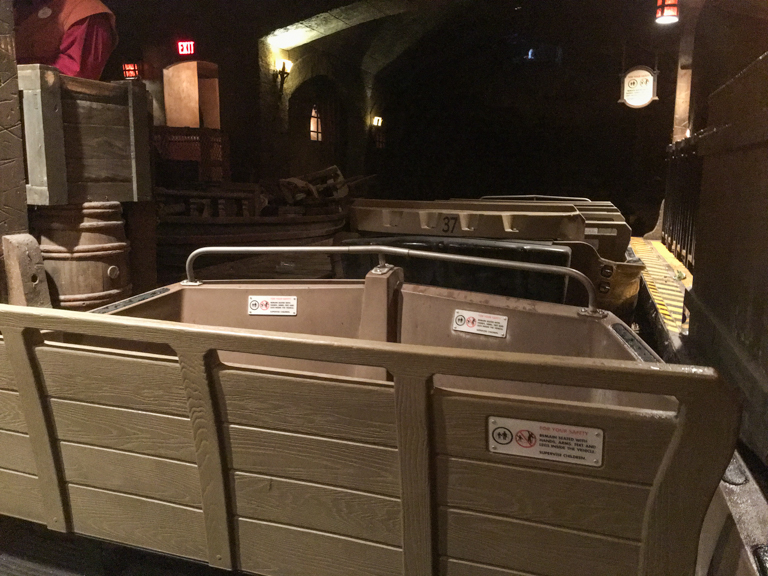 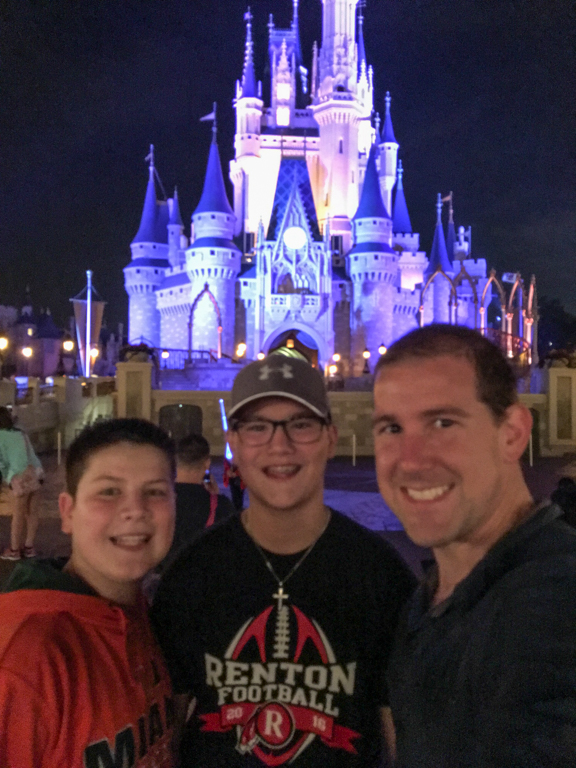 After grabbing coffee from the Starbucks on Main Street, and then Taco Bell on the way home, you'd think it'd be time for bed, yes? Instead the three of us stayed up last and watched a James Bond movie, not getting to bed until 2:30am.
Posted by Joe at 12:00 AM