After a relaxing day at the rental house yesterday, today it was time to head back into the parks. First up is the Animal Kingdom! We had the best intentions to be there at park opening but it was hard to get moving, and we go there almost an hour after opening. I'd hoped to go on Kilimanjaro Safaris first, but without a Fastpass, and the line showing an 80 minute standby time already, that wasn't happening. Instead, we were one of the first in line for the Wilderness Express train back to Rafiki's Planet Watch. 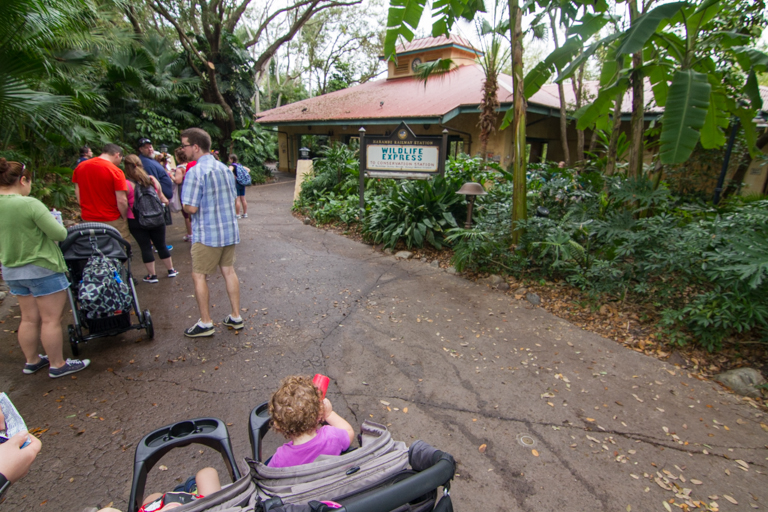 Ian said "The train is working?" Good memory buddy, but this isn't like our train back home at Disneyland. Our train has been down for a long time now while Disneyland works on building Star Wars Land. 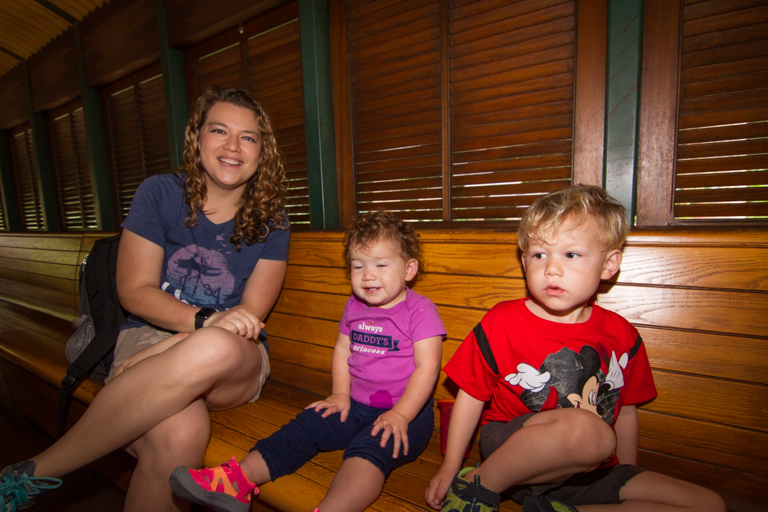 Being the first train of the day, we were greeted by all the cast members waving to us at the train station. 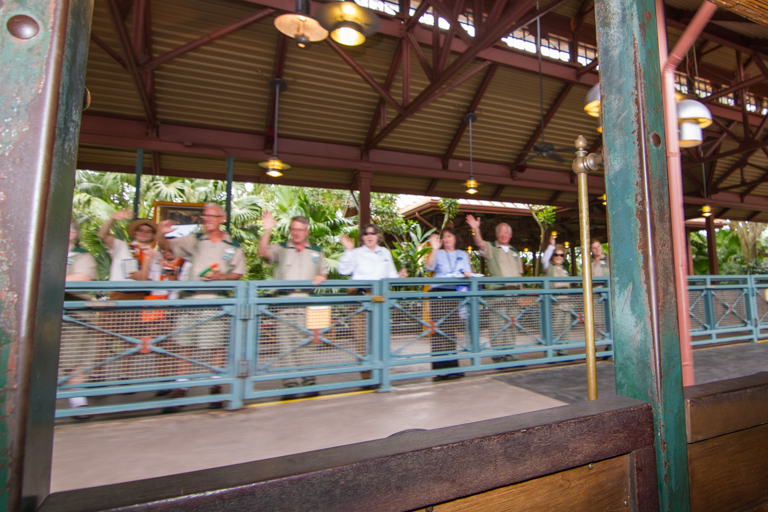 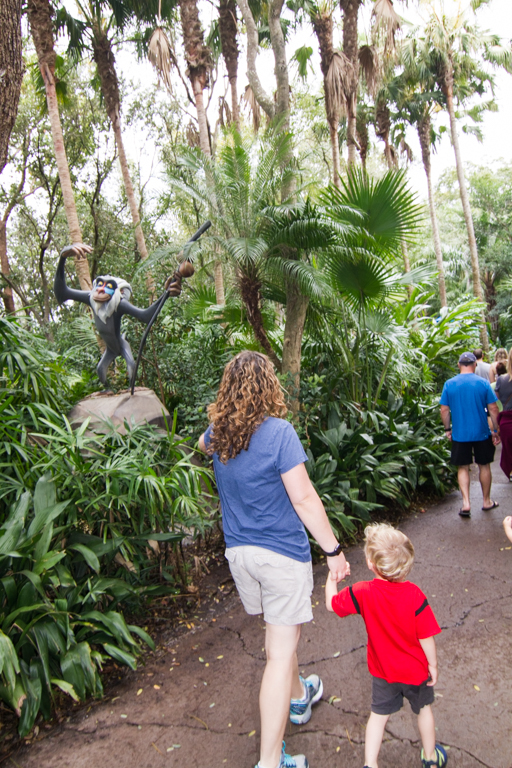 Alli was happy for the open space and room to run. 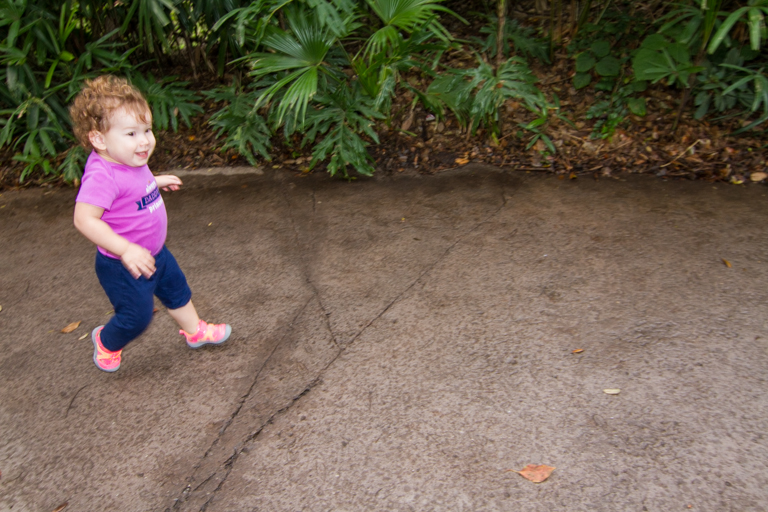 Again we were greeted by cast members as we entered. 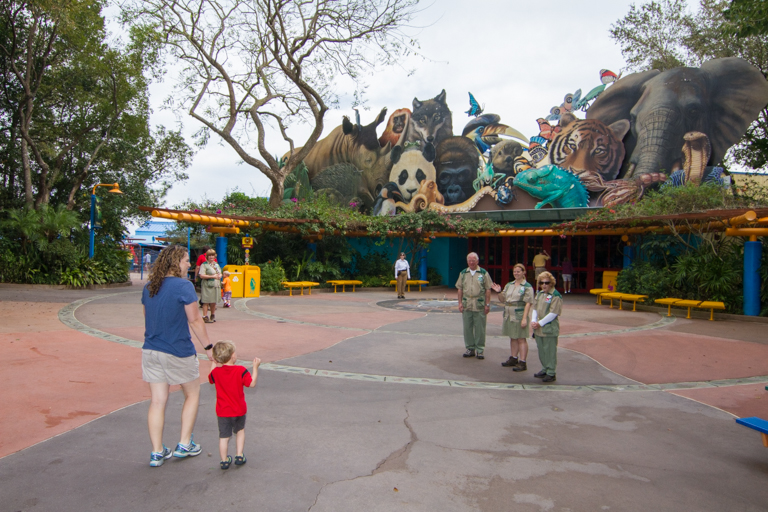 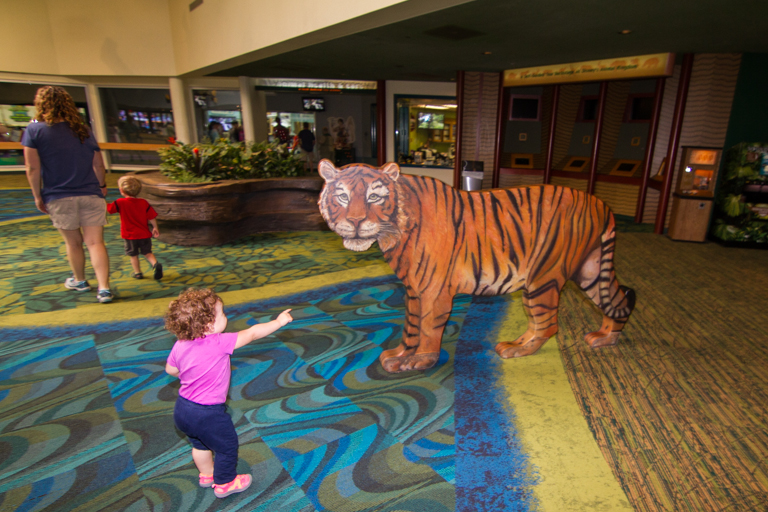 Learning about a bird. 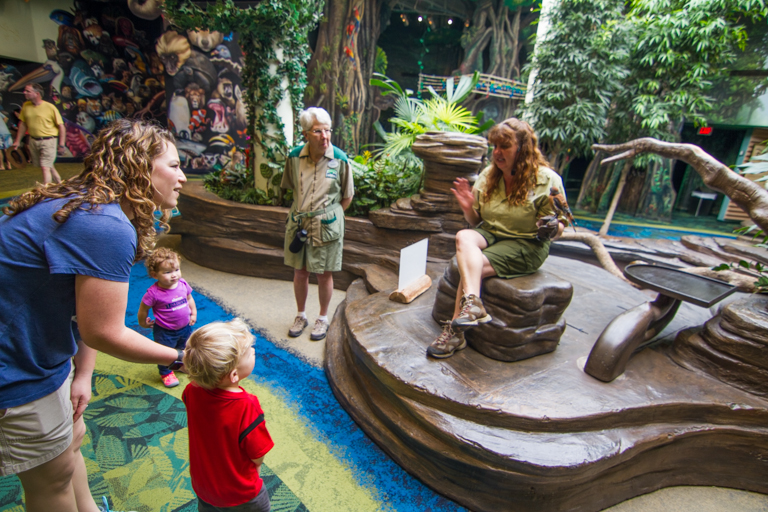 One of the kids newest favorites. A doctor who talks to and plays with stuffed animals all day? What's not to like about Doc McStuffins? 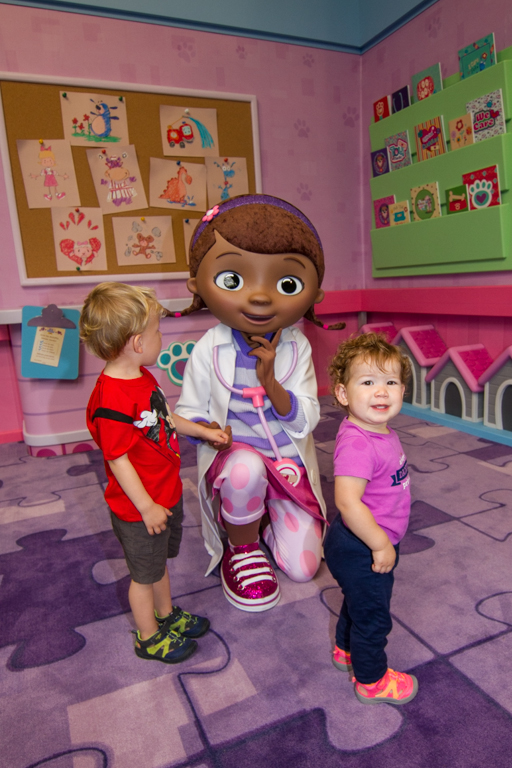 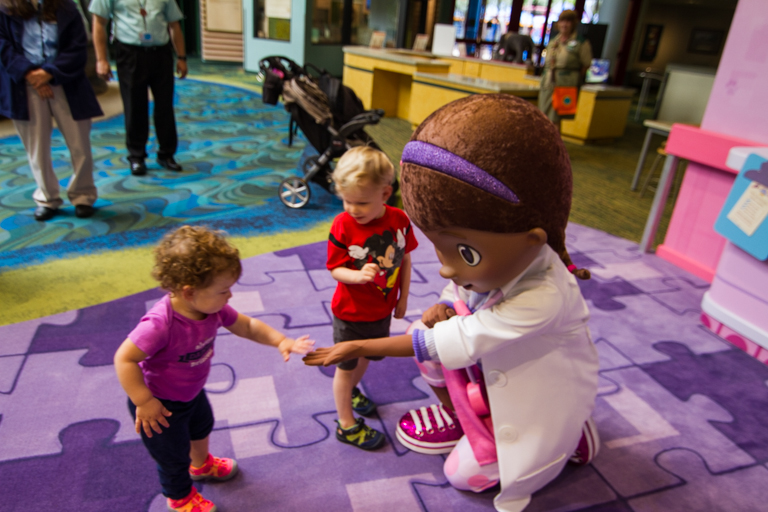 Inside the tanks there were all sorts of interesting creatures. Frogs, lizards, snakes, insects, and yes, even spiders! 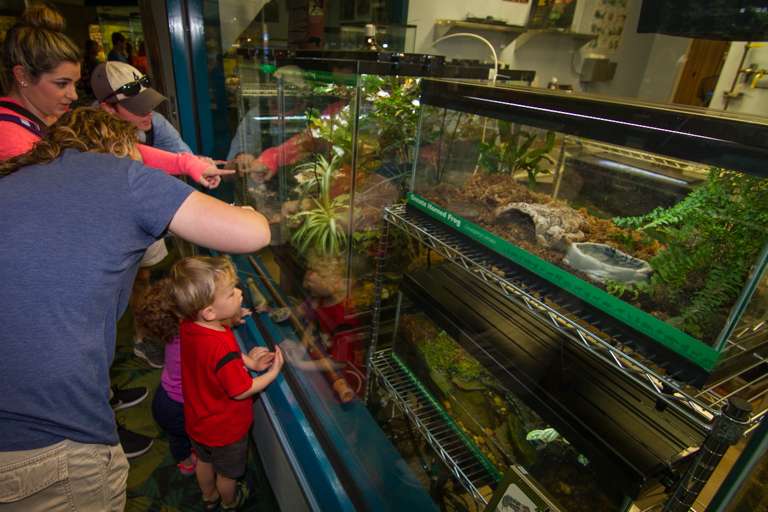 One of the main things we came to see was the veterinary checkups performed here in the morning. We'd seen earlier there was a pig that was supposed to come this morning, so we found things to do until it was time. Even then, it took a while for anything to happen. 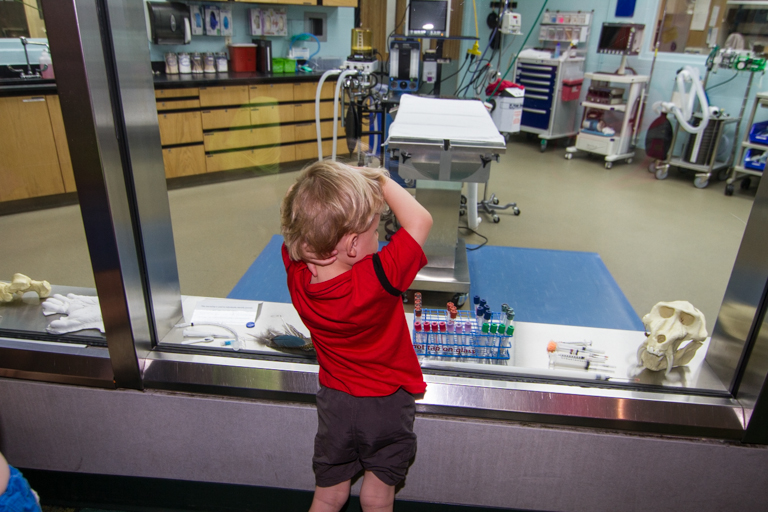 When they finally brought the pig out, it was only to the back room where we could only see things happening on the monitor. Let's go see some other animals! 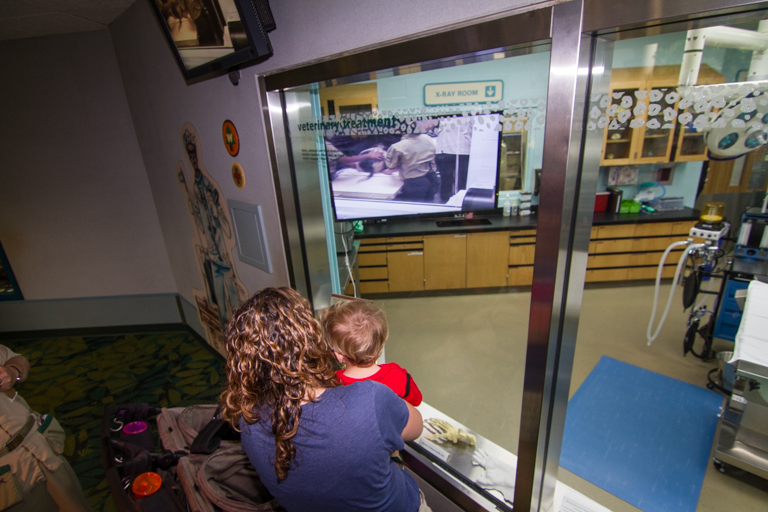 Like Rafiki! He was really animated with all the groups of bigger kids before us. But he calmed right down when it was time for the kids. 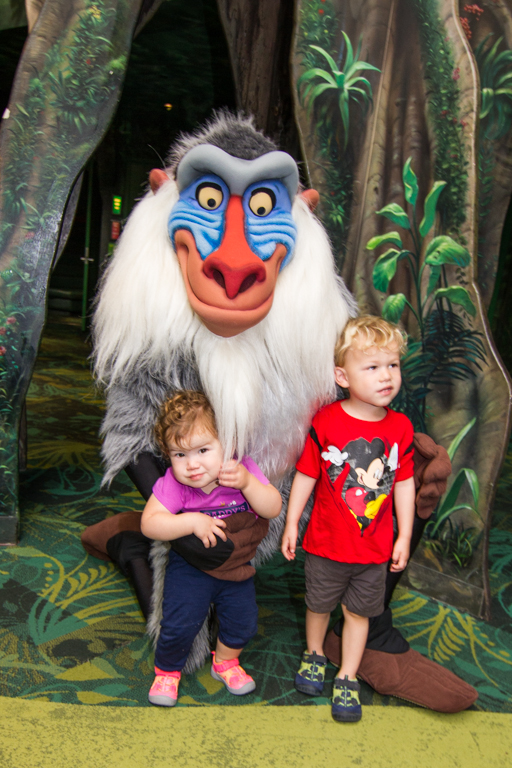 Big kisses for Rafiki before we go. 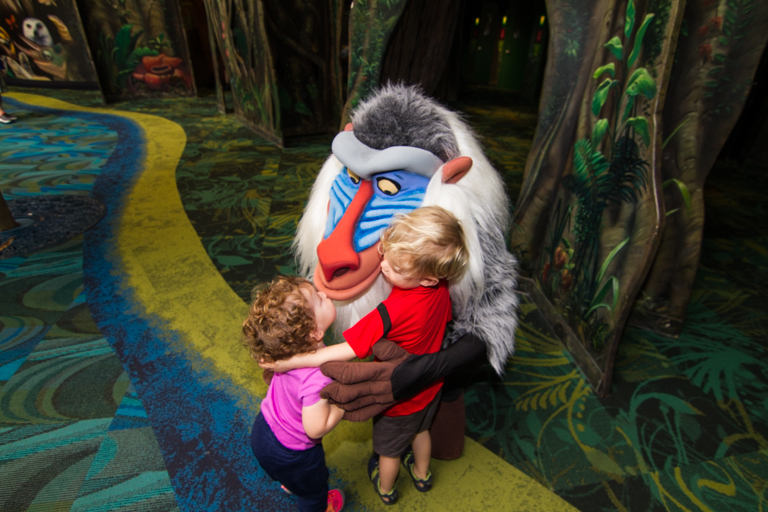 Time to go pet some animals. 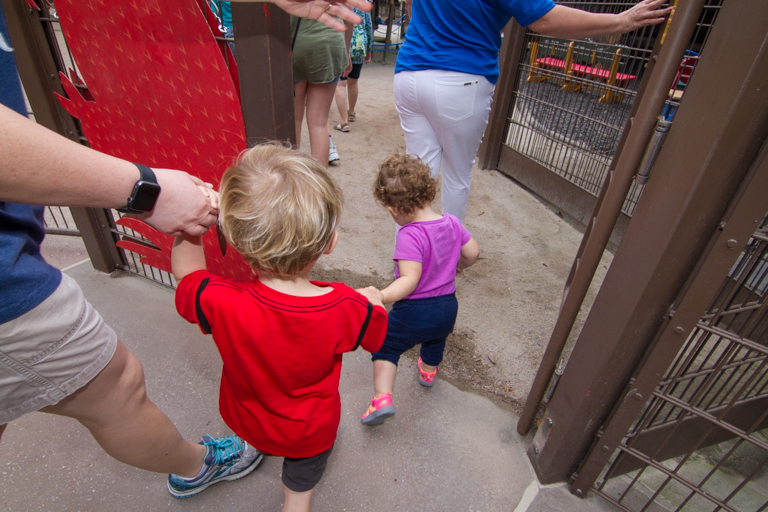 I miss having the petting zoo in Frontierland back at Disneyland. At 16 months, Alli already knows her animals pretty good. "Goat!" 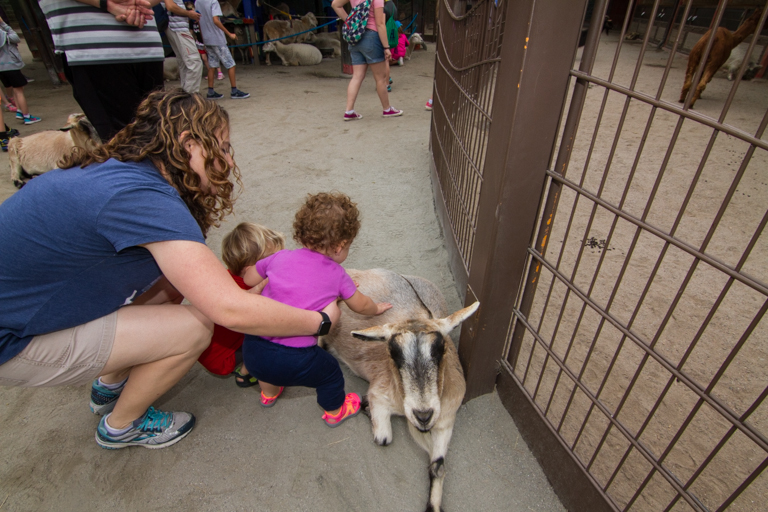 She was standing by the fence calling "Piggy! Piggy!" 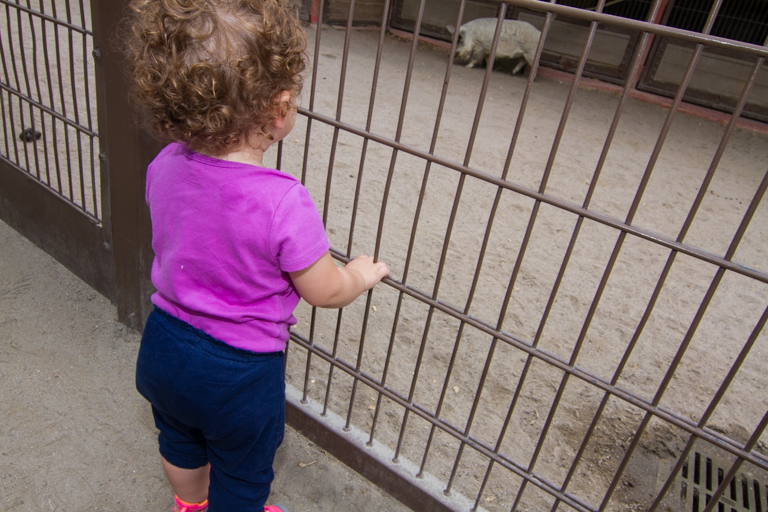 Eventually one of them came close enough to the fence that she could stretch her hand through the fence and pet it. 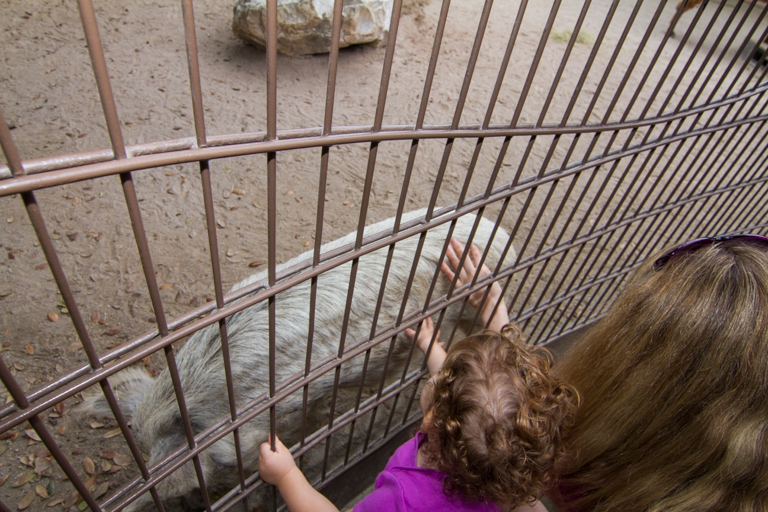 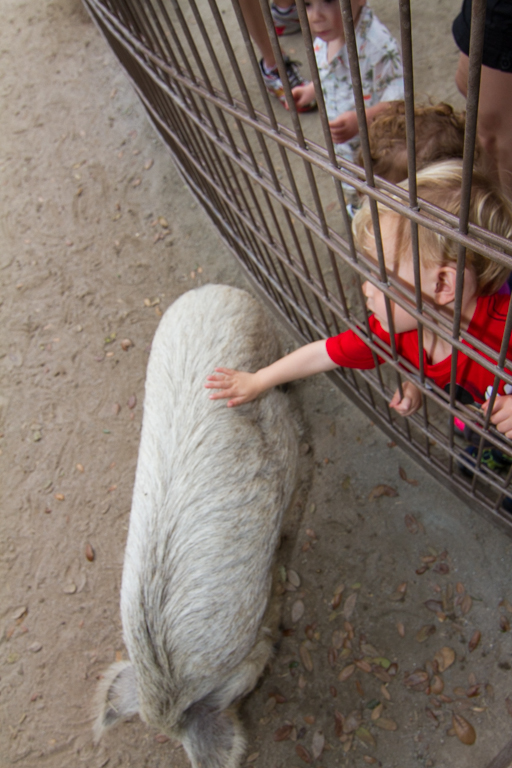 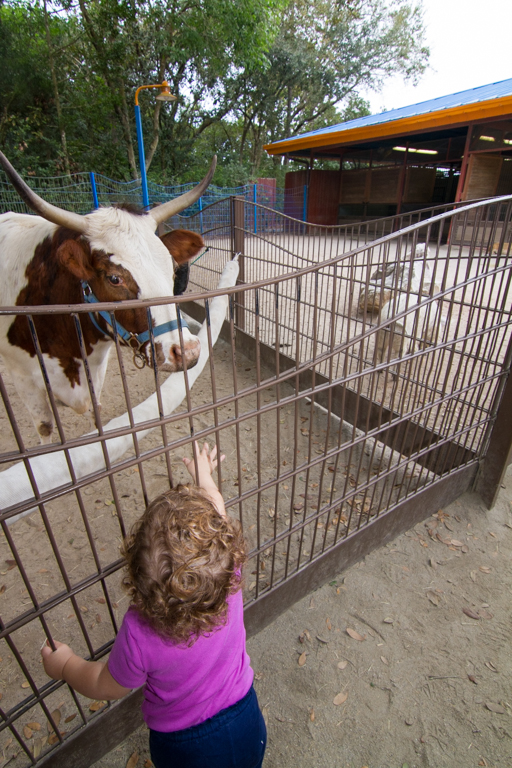 Ian asked to be picked up so he could stretch far enough to pet the cow's head and horns. 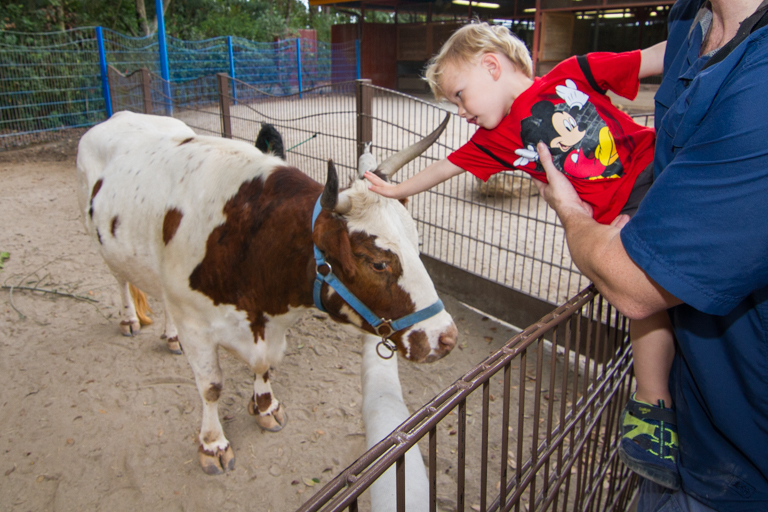 Waving at the monkeys before we take off. 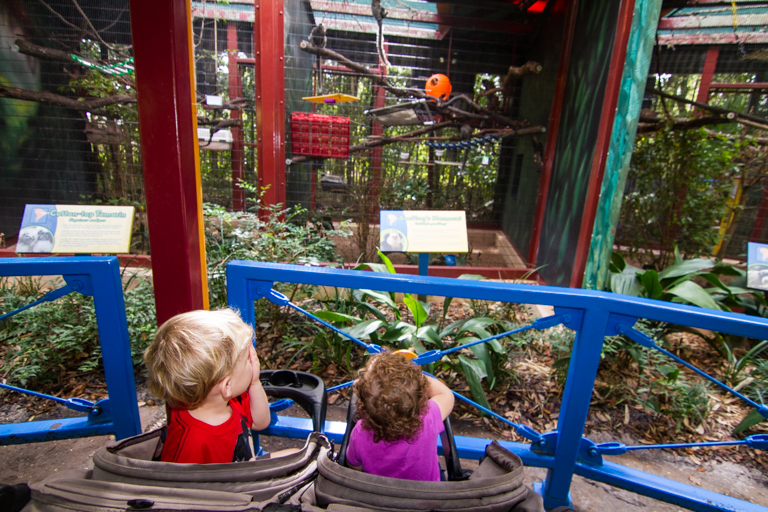 This was just a quick visit to the Animal Kingdom this morning. The rest of our day is going to be at Epcot. Time to head that way and meet the rest of the family. 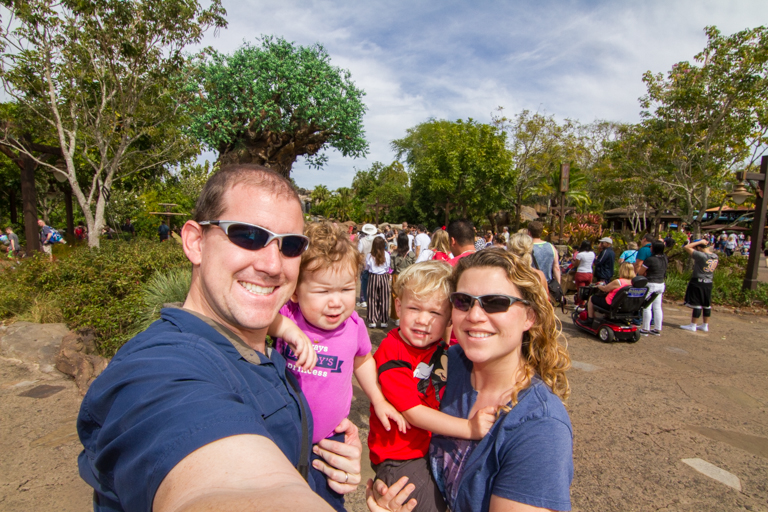 Which means a tram back to the car. 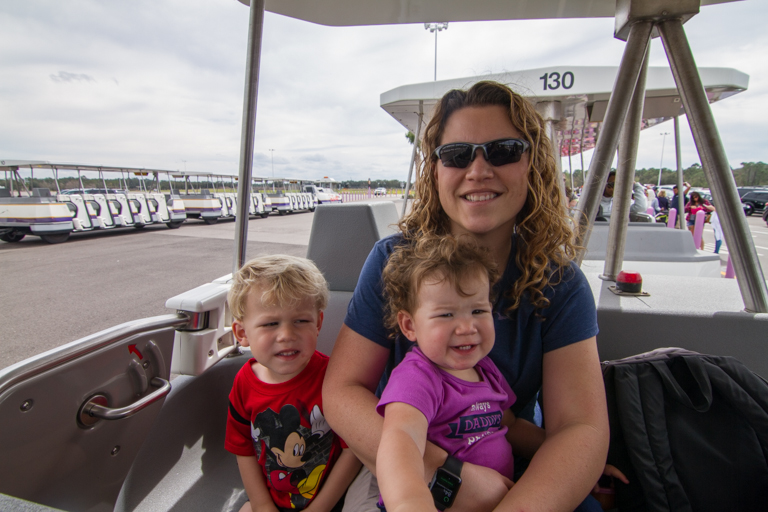 And then a drive to the Ticket and Transportation Center to take the Monorail into Epcot! 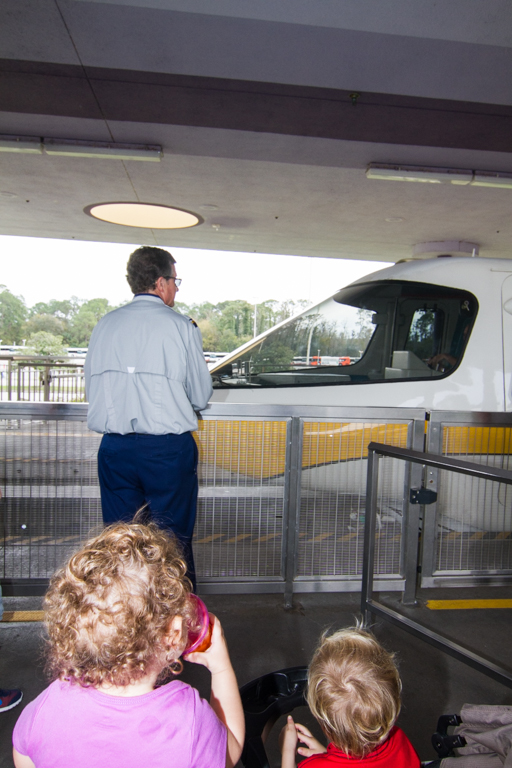 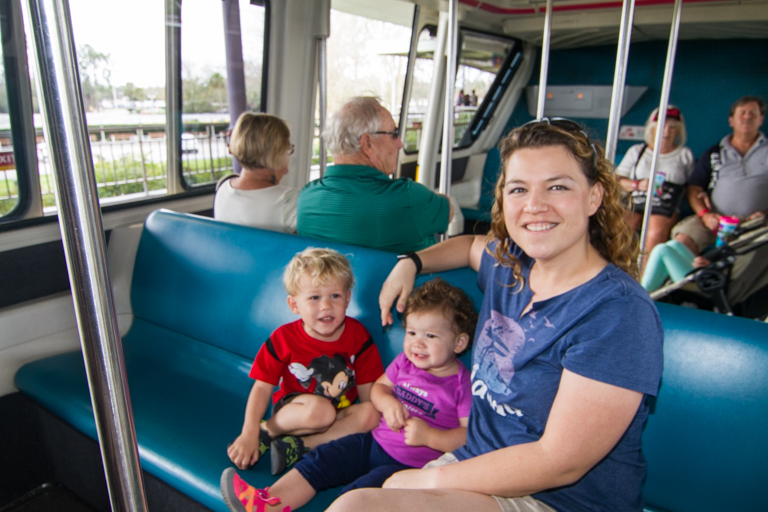