Monday chilling at the house in Florida and Disney Springs

It's really nice to have a whole house to ourselves. For those days off, we can swim in the backyard pool, sunbathe, and just take it nice and slow.

It seemed like the kids spent the entire day in the pool! 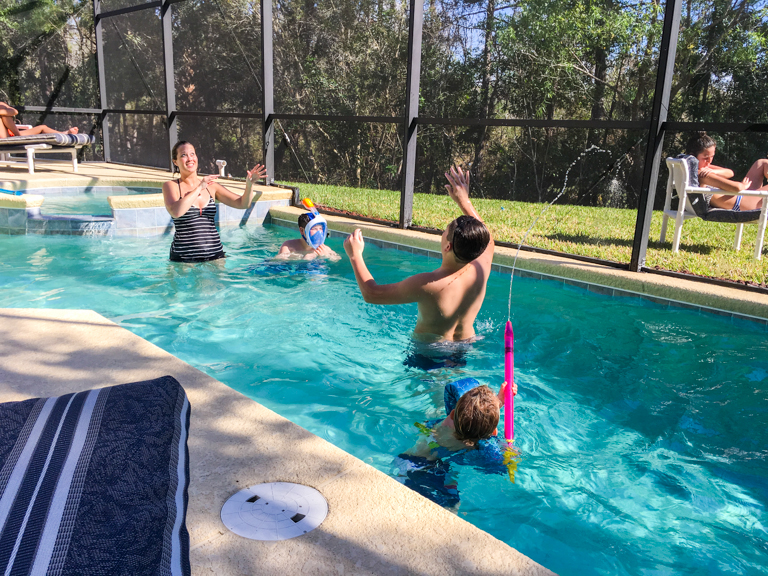 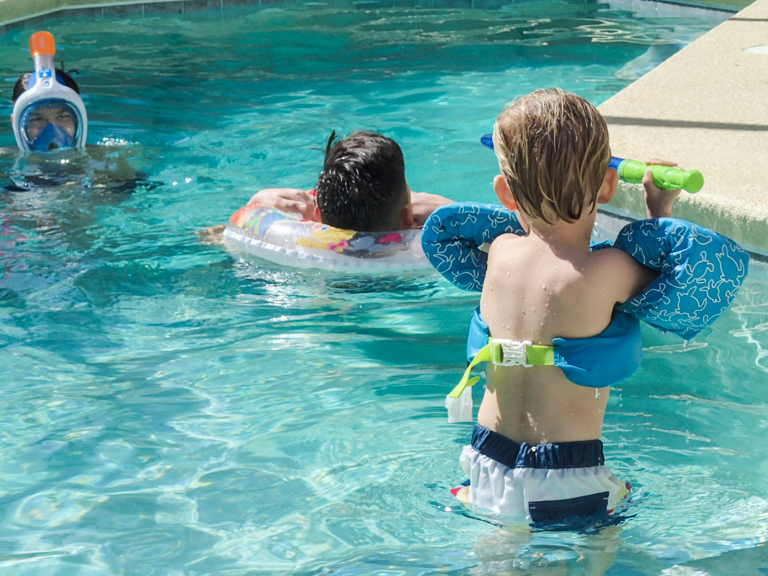 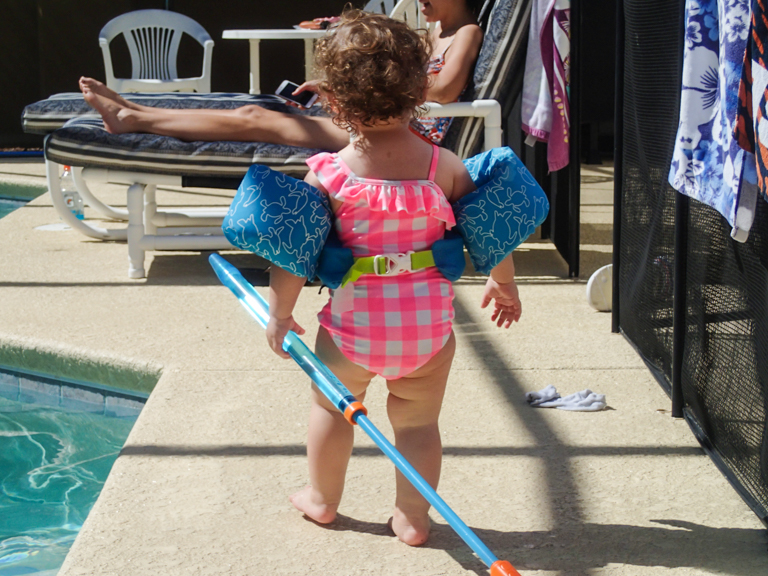 Time for a sucker break! 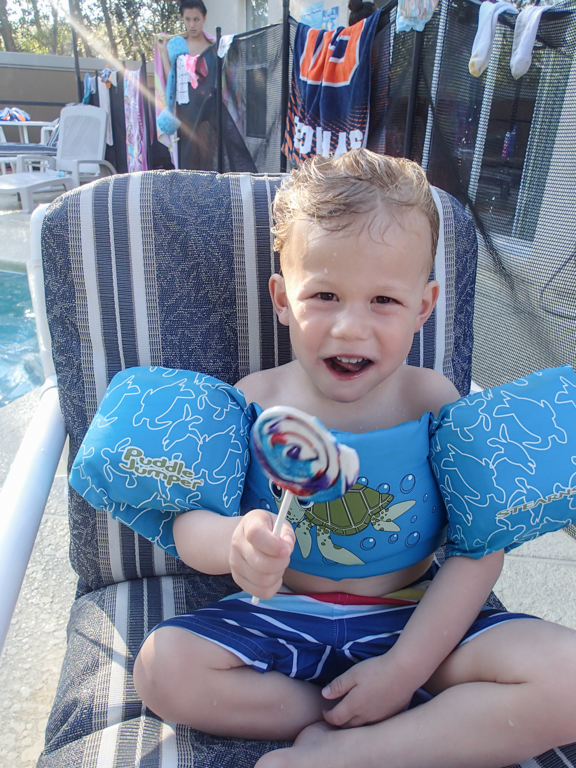 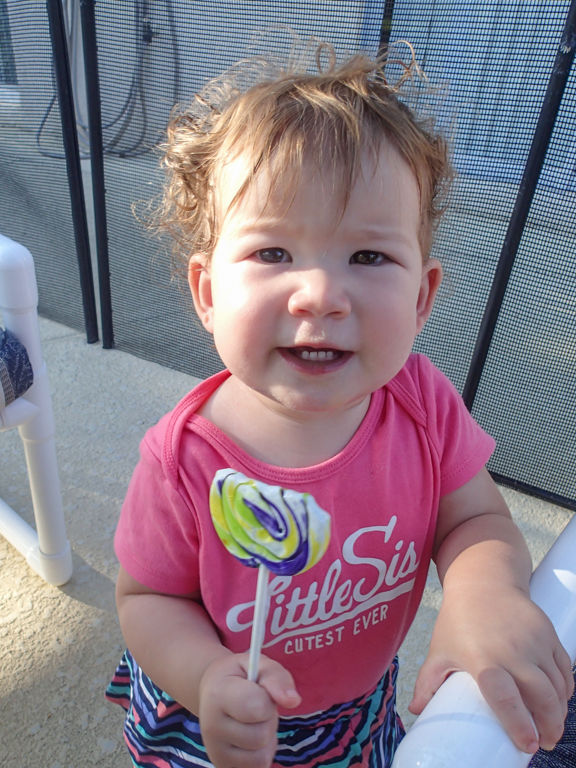 All that playing wore Ian out. After dinner, we drove to Disney Springs to explore, and Ian fell asleep on the car ride. 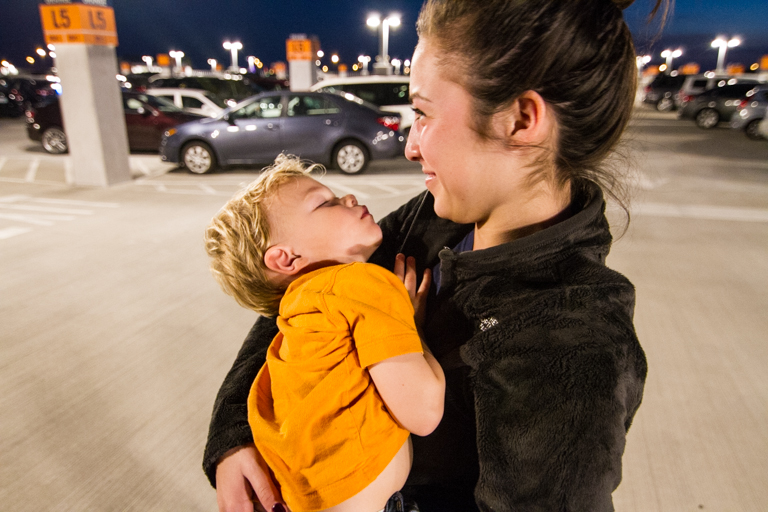 Alli was awake though. And happy for the attention. 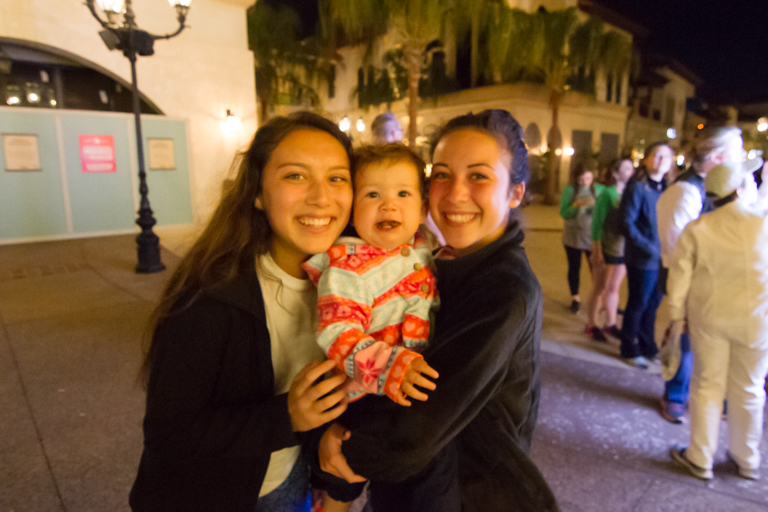 New to us, even though it's been here for almost a year, is Amorette's Patisserie. 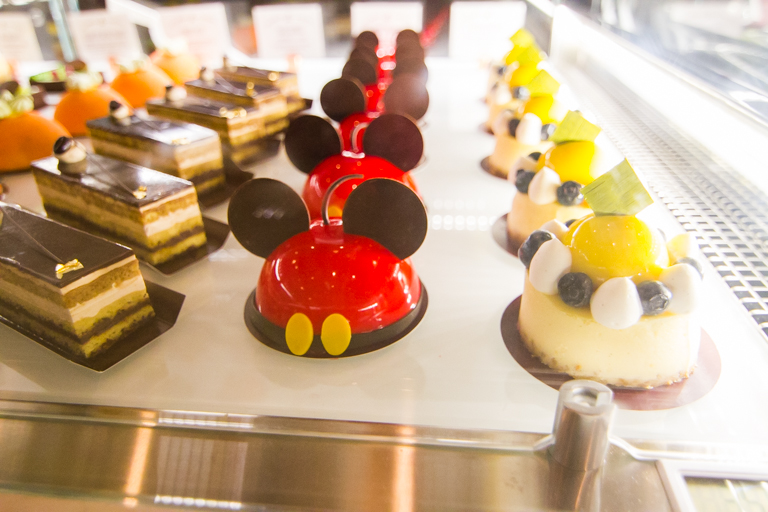 Alli was having a hard time deciding what she wanted. 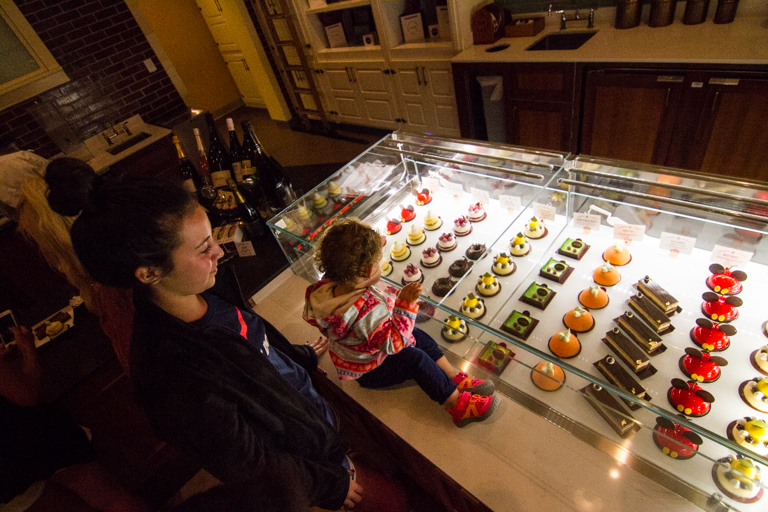 Next, the girls took her shopping. So much to see inside the World of Disney store. 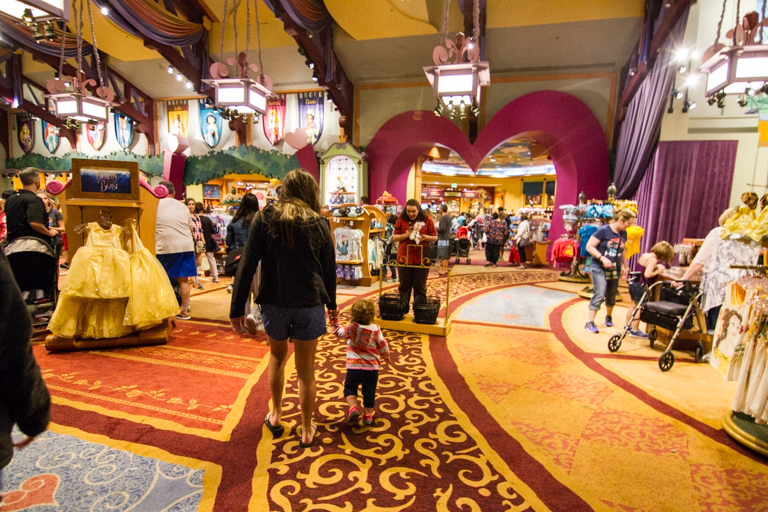 That hat does look good on you Alli. 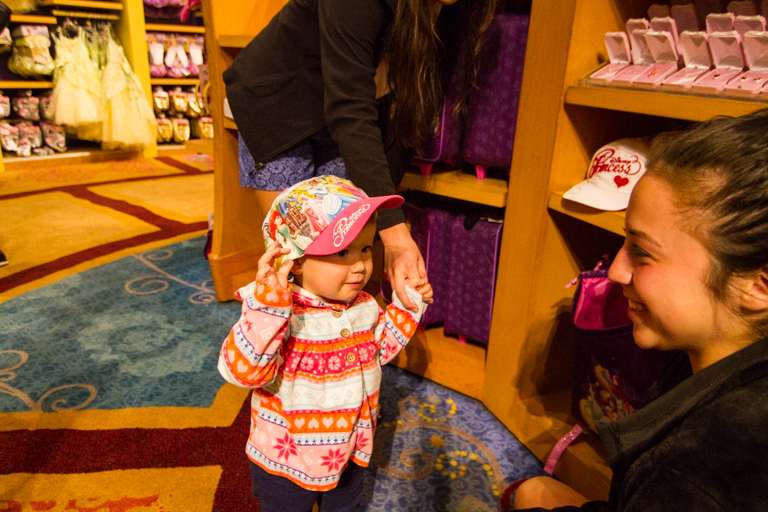 It wasn't look before she found herself a Shellie May. 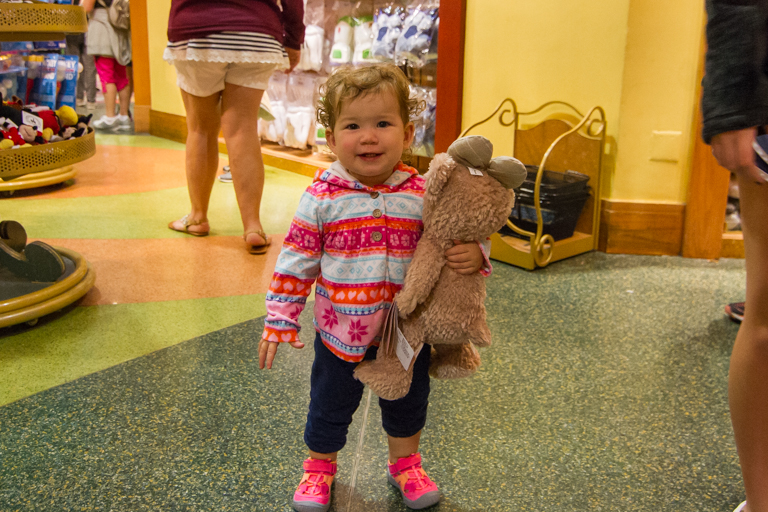 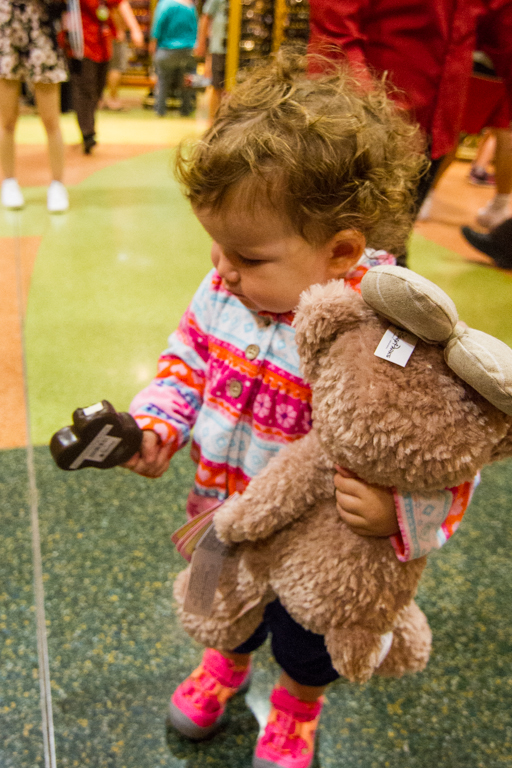 A Mickey bar? Better taste it. 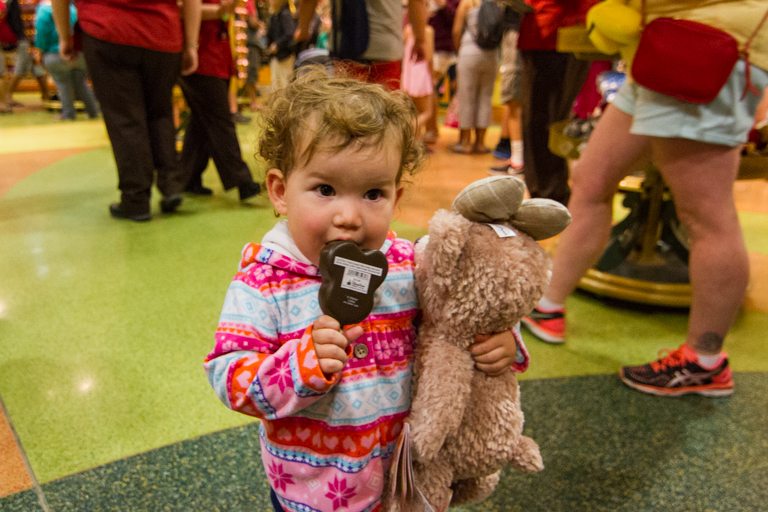 Shellie May, you taste it. Does it taste like chocolate to you? 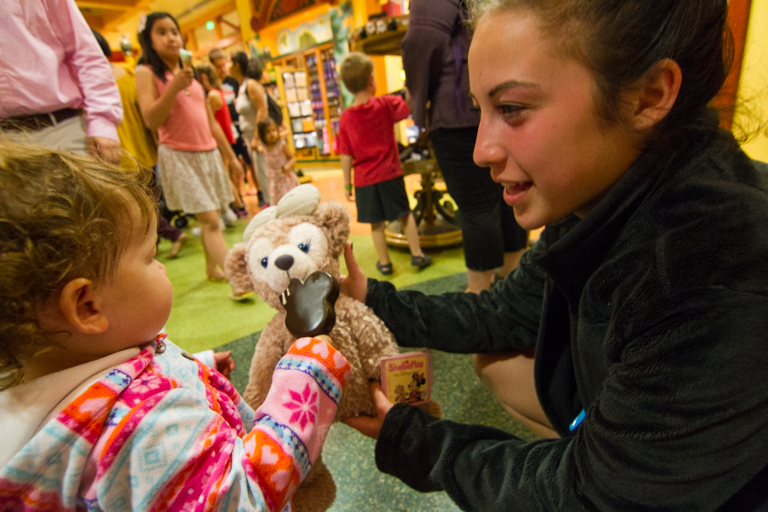 Okay, after that little trick, it was time to get some real chocolate. Good thing the Ghirardelli Ice Cream shop is right next door and always giving out free samples. 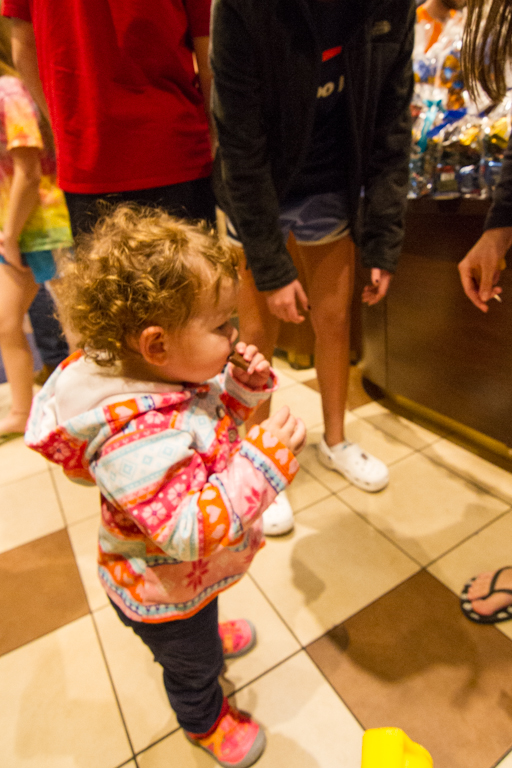 Ian was starting to wake up, but hasn't quite got there yet. I'm sure he wouldn't be eating the chocolate wrapper if he was really awake. 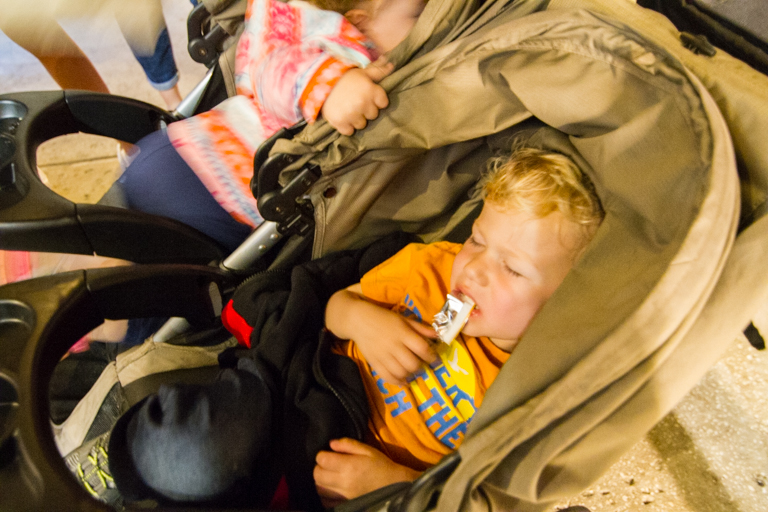 Oh boy. Looks like Alli is as happy as a kid in a candy shop. 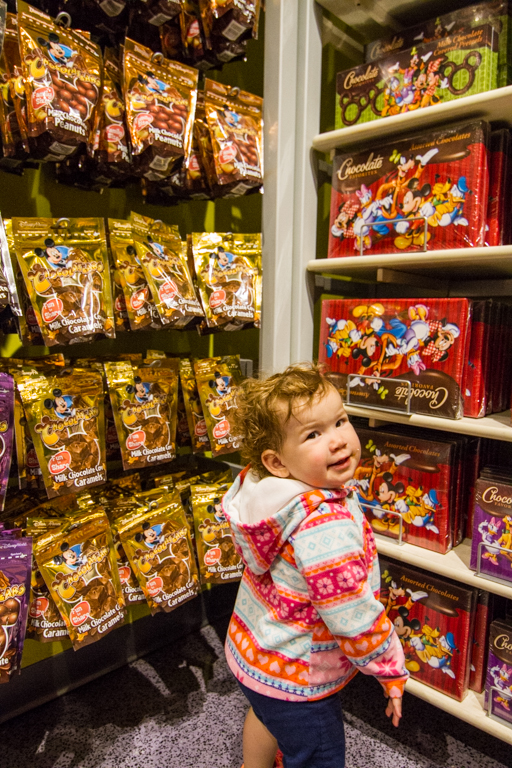 Goofy's Candy Kitchen has so many tasty treats. 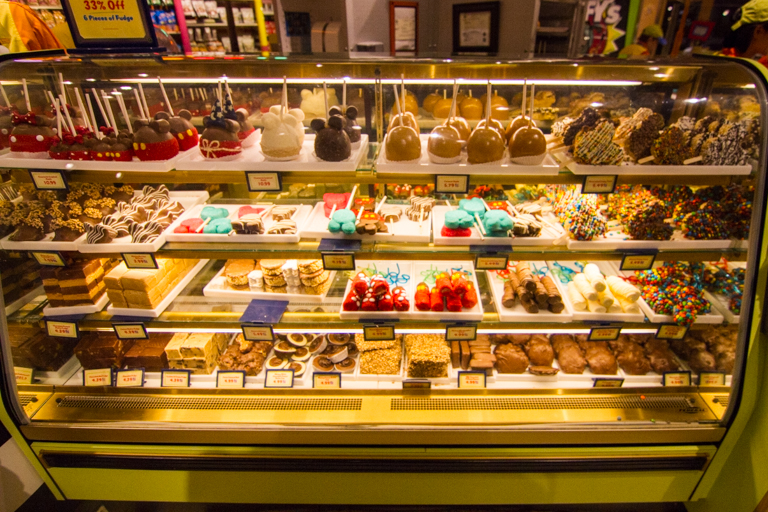 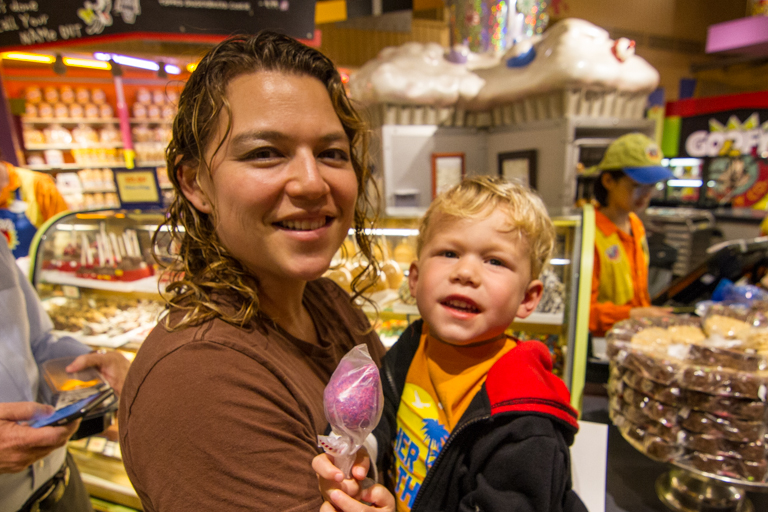 If it has sprinkles, that's what Ian wants. 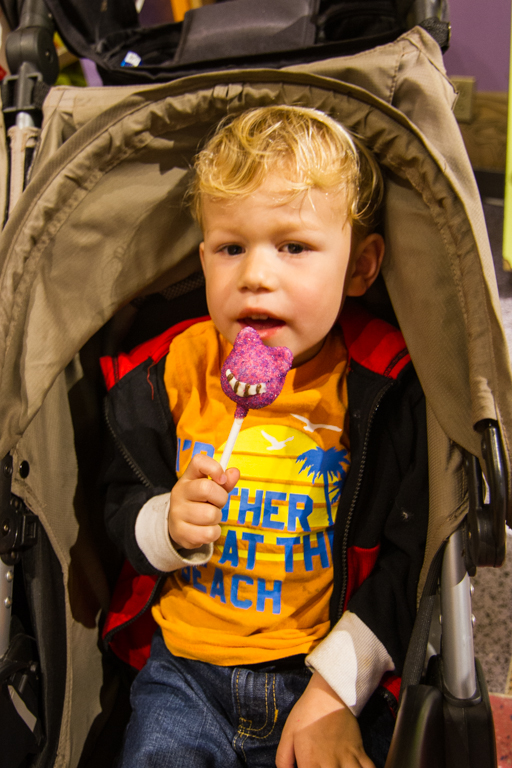 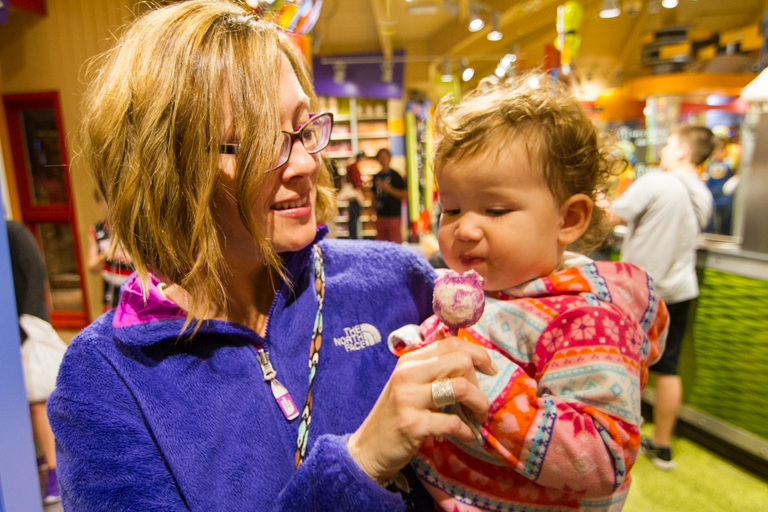 Always have to check out the Art of Disney store while we're here. I thought the Disneyland sign was pretty neat, and Ian liked the Enchanted Tiki Room sign. 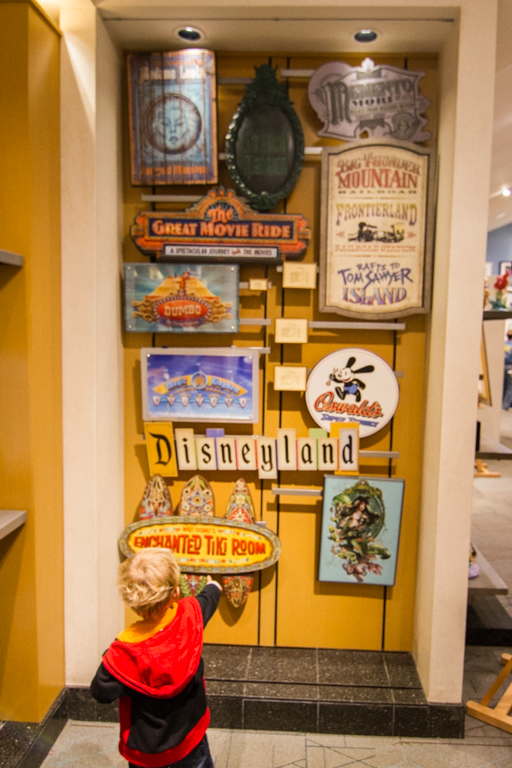 Getting some stickers from the nice cast member. 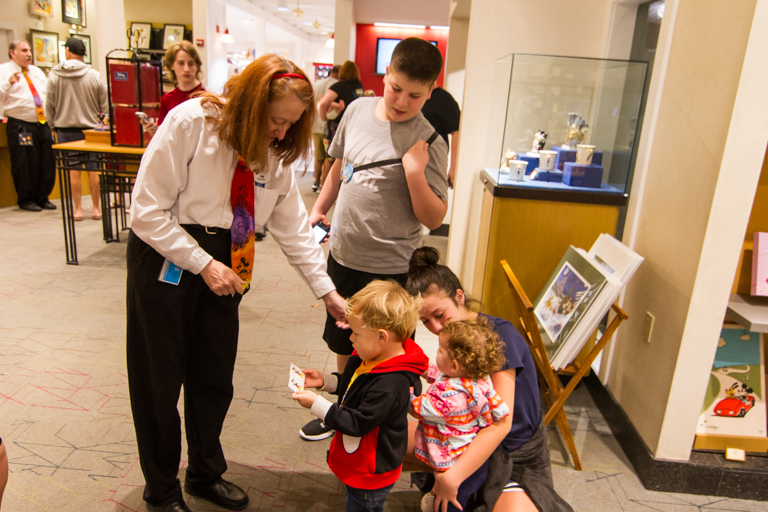 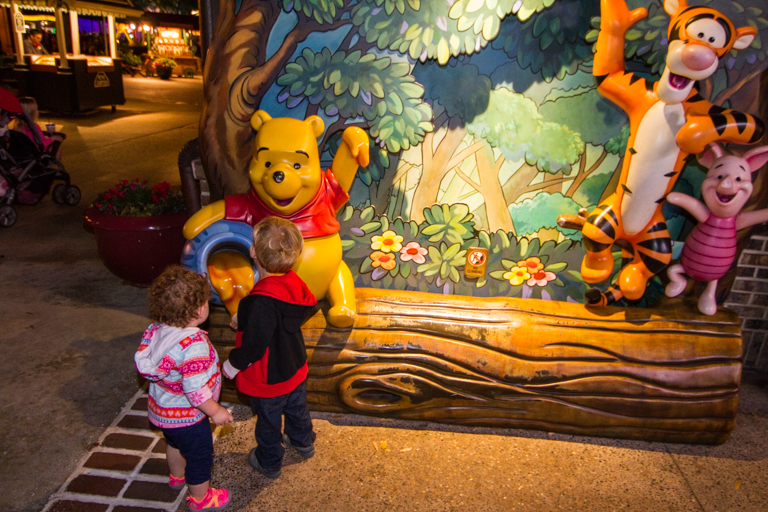 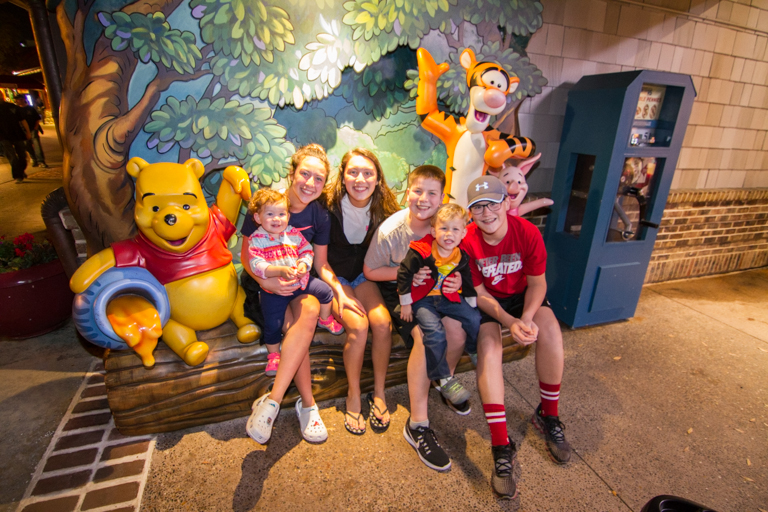 Wow, apart from our trip to Tokyo Disneyland, that's the biggest Duffy I've seen. I bet the kids would love to take him home with us. 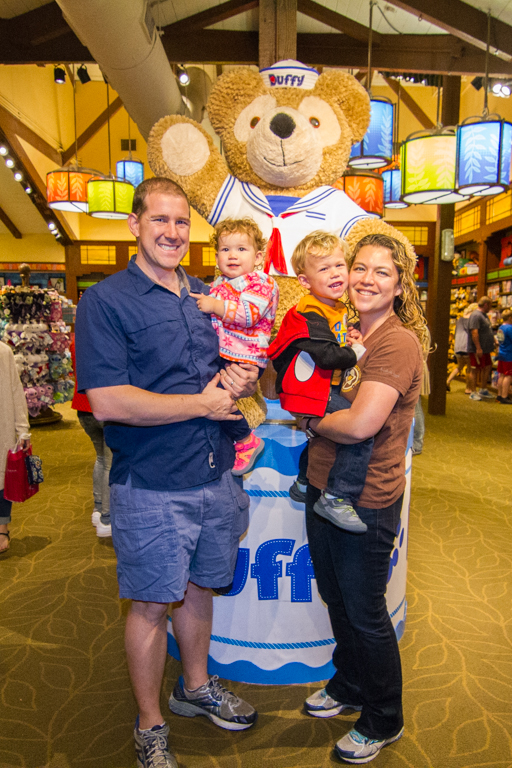 Some very cute Duffy bunnies for Easter coming up. 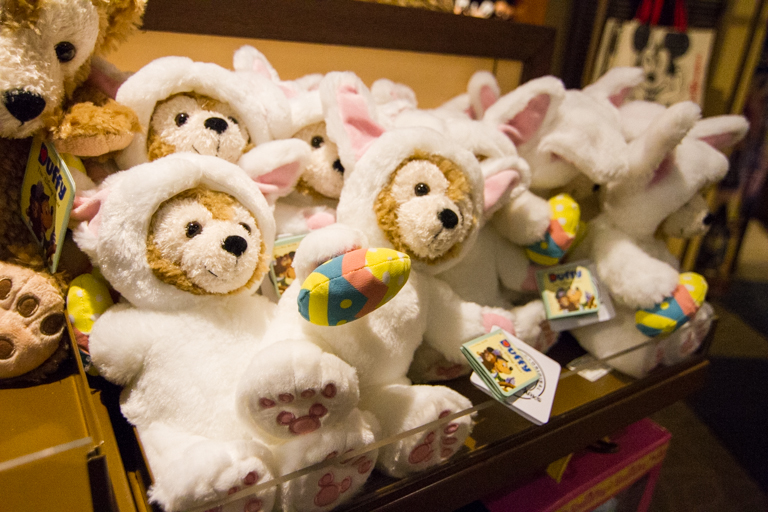 It's really great having a down day during a Disney vacation. On the days we go to the park, we go hard, so the relaxing day that follows is very welcome.
Posted by Joe at 9:00 PM