Happy Birthday Alli and Ian!
Splitting the October and November birthdays, for now they're happy having a combined birthday celebration. After a tasty lunch of bbq ribs, macaroni and cheese, coleslaw, and hawaiian rolls, the kids were eager to dig into their cake.
It's hard to beat a $19 Costco cake that can serve 48 people. And it's so tasty too. 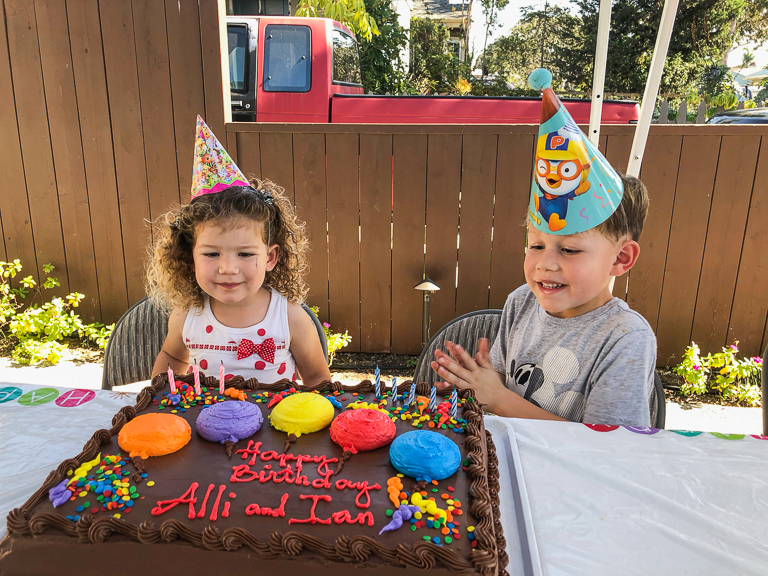 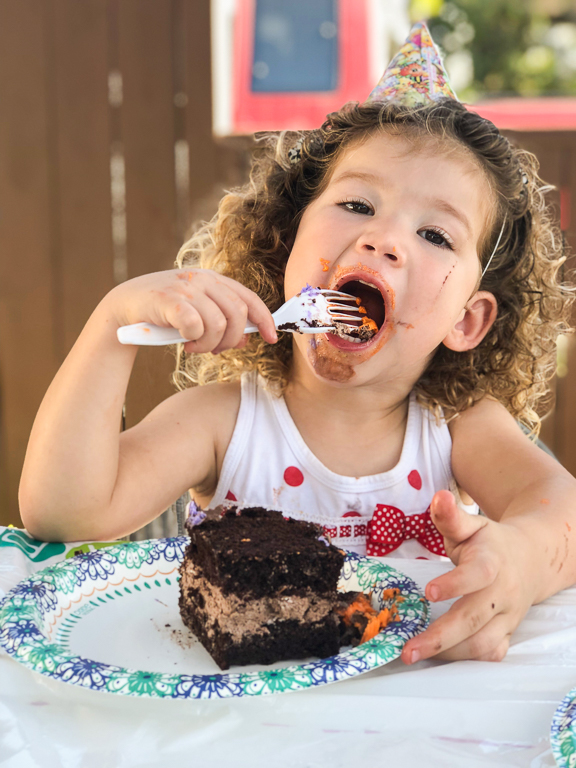 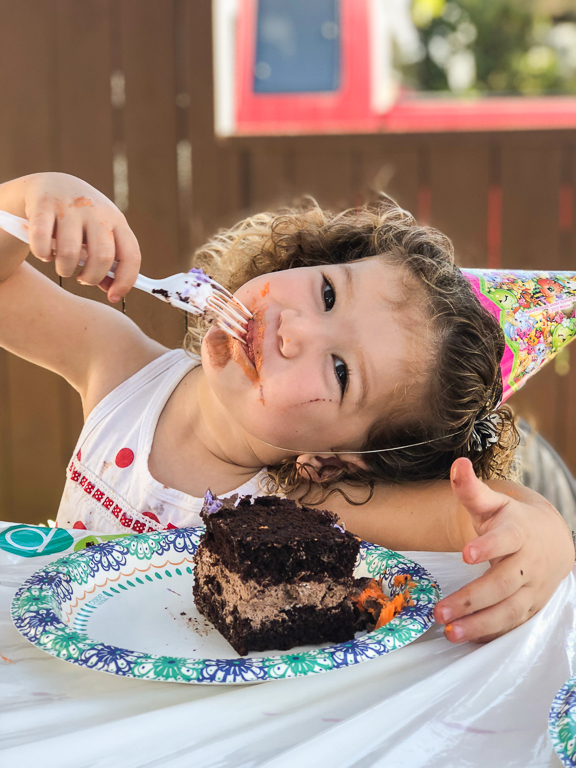 Time for presents! They got lots of good ones. Including books and bath bombs. They love how it fizzes and turns their bathwater different colors. 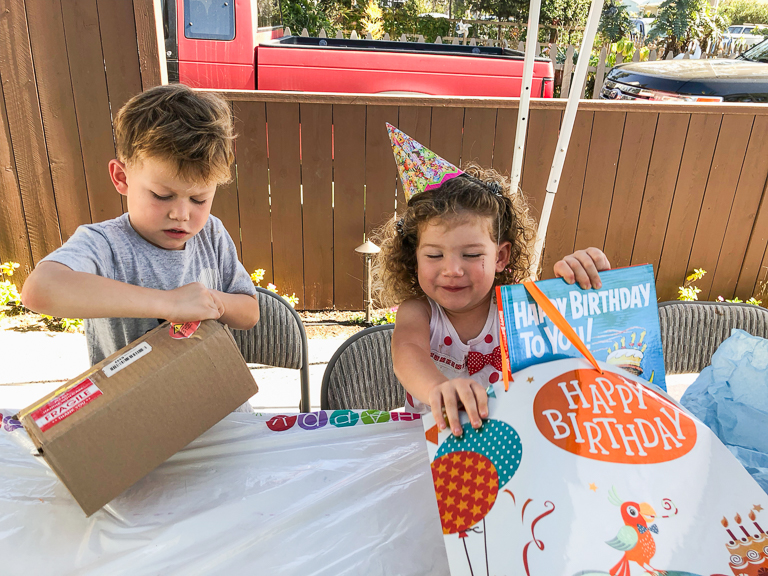 Science experiments! I can certainly get behind these. 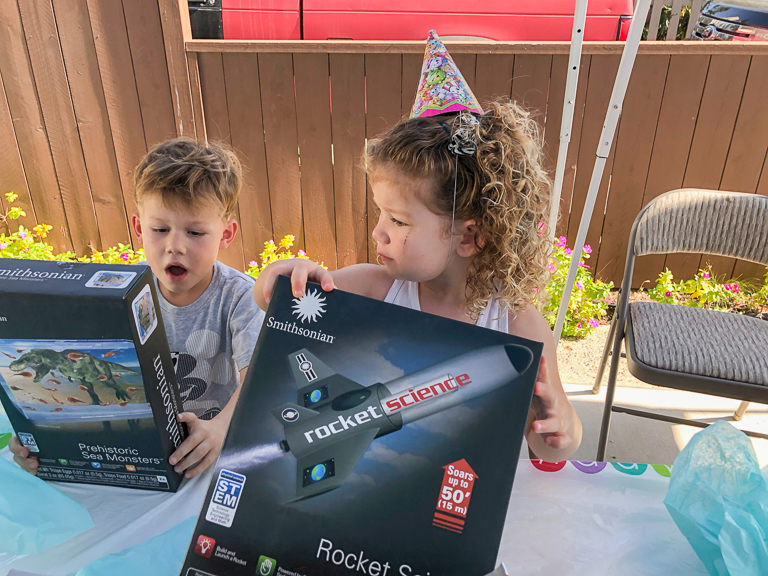 After we were all done wrapping presents last night, Gram couldn't find her glasses. Ian - New glasses! Oops. Hold on there buddy. Hand those over to Gram. Somehow they made it into the gift bag. 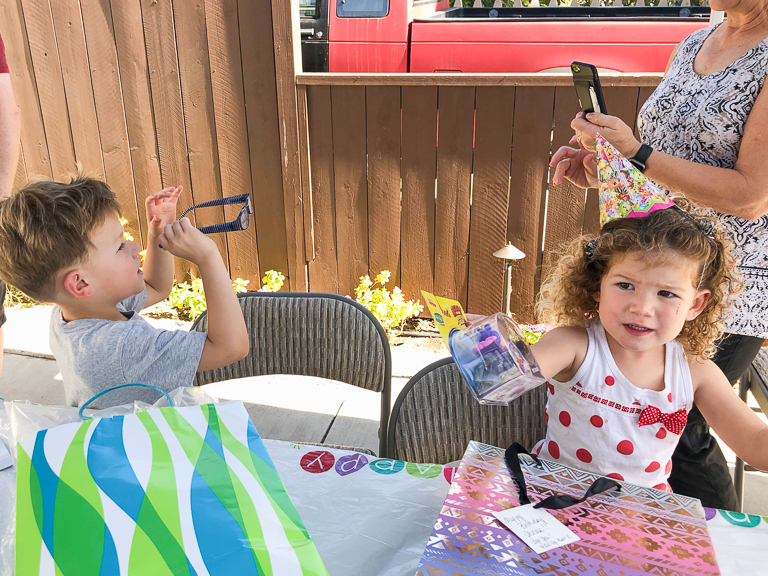 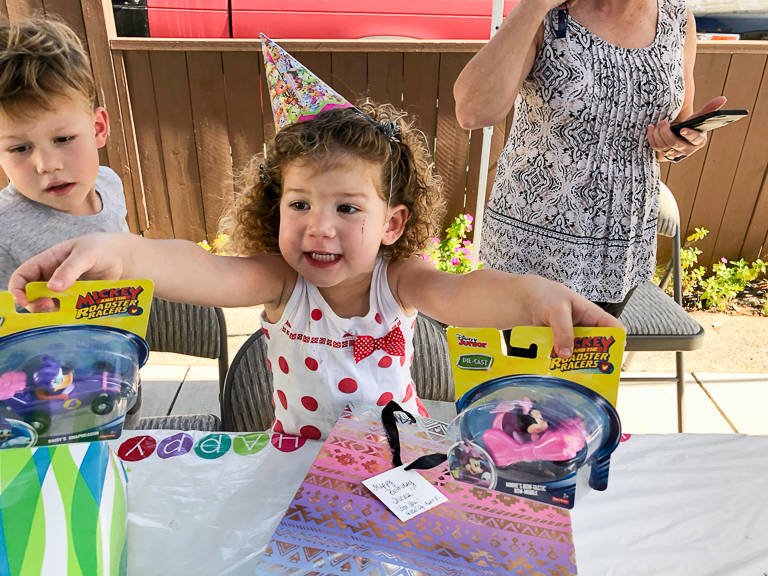 They love playing pretend, so these mini-cups are just their size. 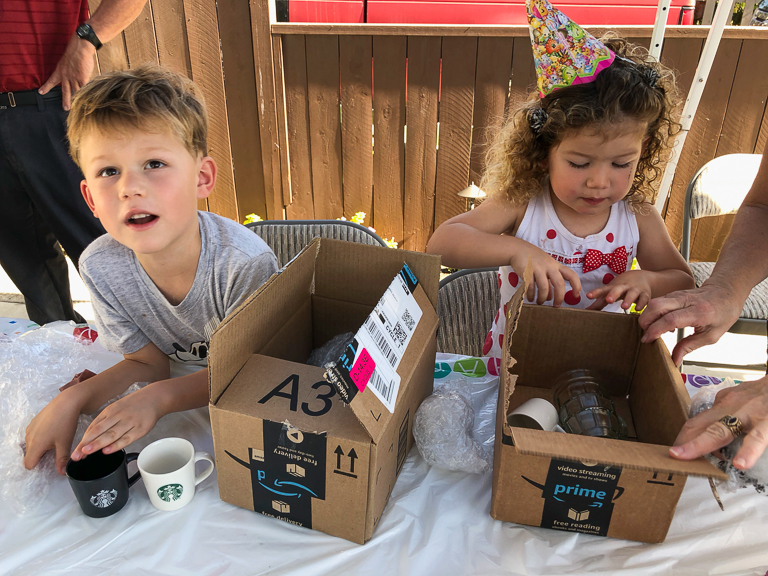 Fun! Space stuff for Ian and horses for Alli. 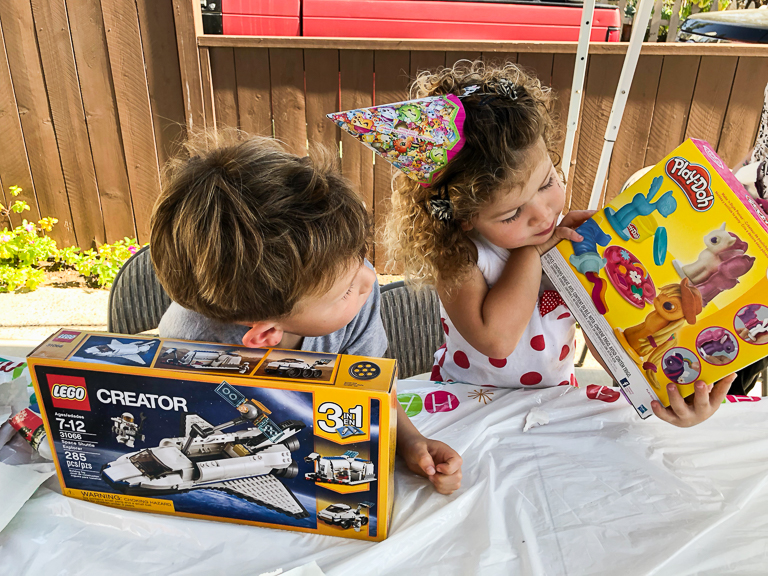 More space stuff for Ian. He was carrying this slide projector around the house all night and took it to bed so he could flip through the different photos of the planets.
Alli has a special blanket that she sleeps with every night, but there's only one problem. It's not pink! Gram made Alli a new blanket, and even an extra one for her teddy bear. 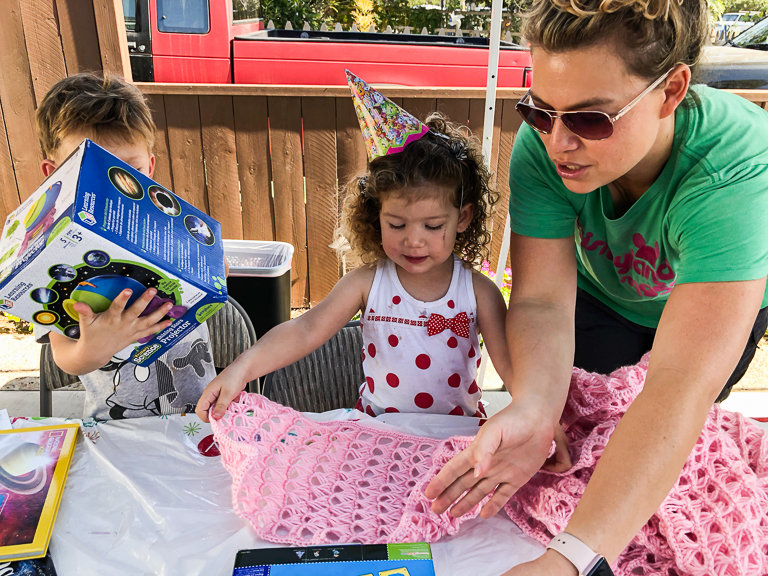 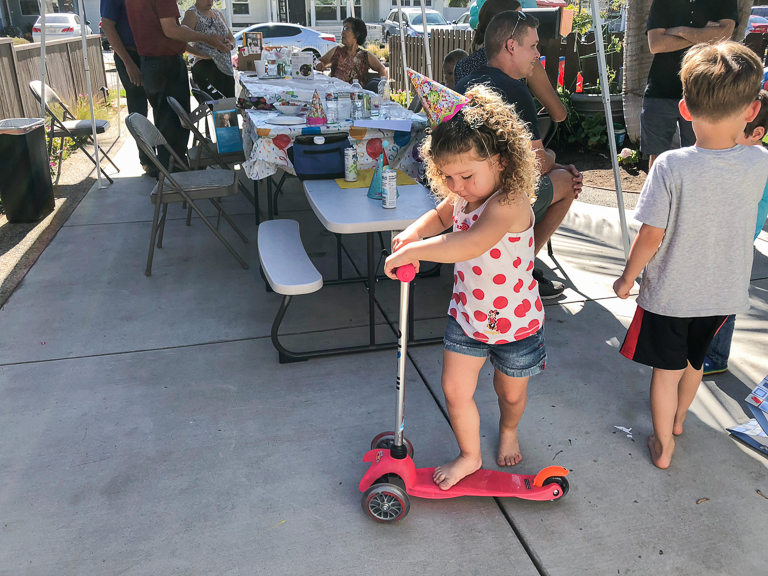 Ian was so happy to get his present. It's just what he wanted! Alli was very excited too. 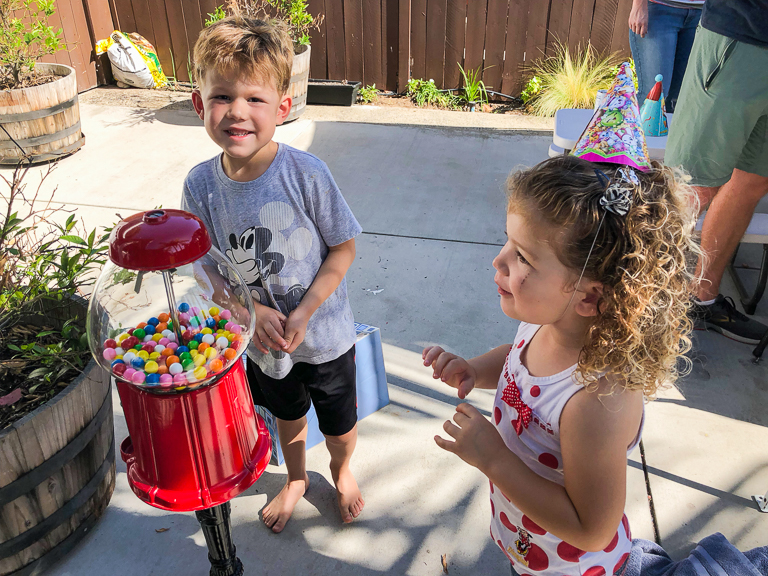 This gumball machine has some history behind it too. Way back when I was little boy, it was a Christmas present to me (and maybe my brother...). My parents have been holding on to it ever since and brought it carry-on all the way out from Colorado. 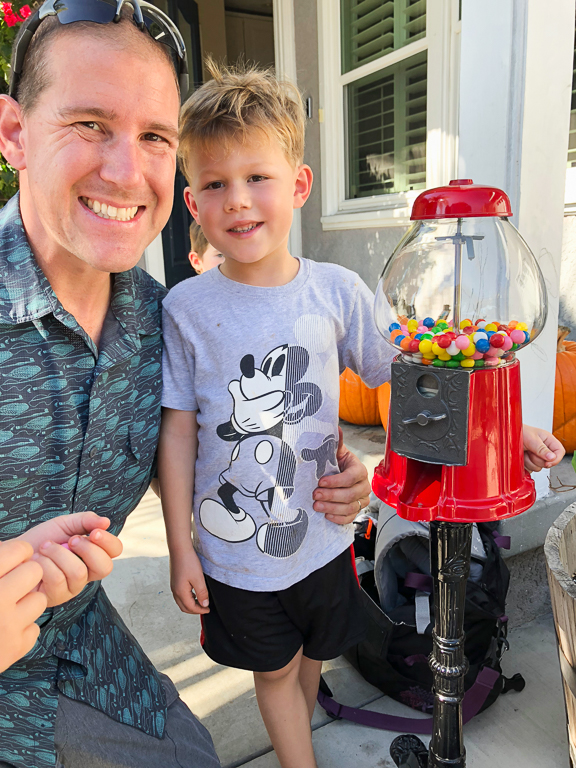 Now we'll have to regulate all the pennies in the house. 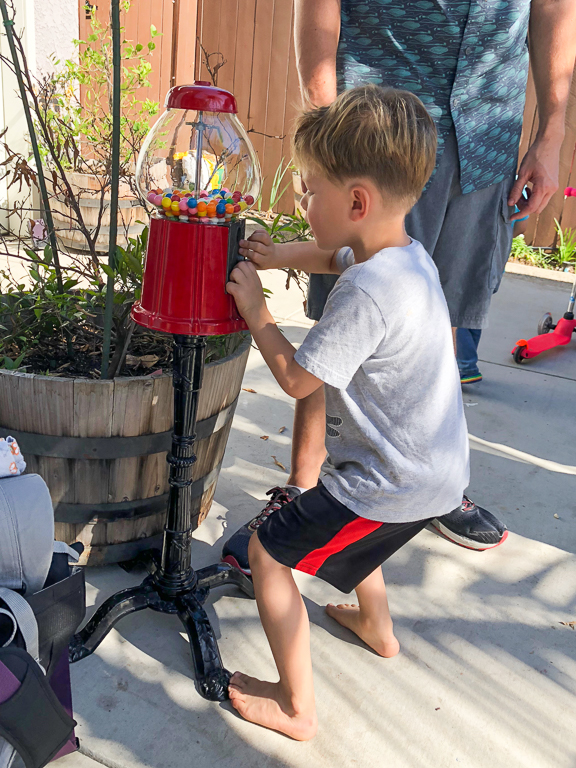 Some really cool Disney model planes from their Aunt and Uncle. 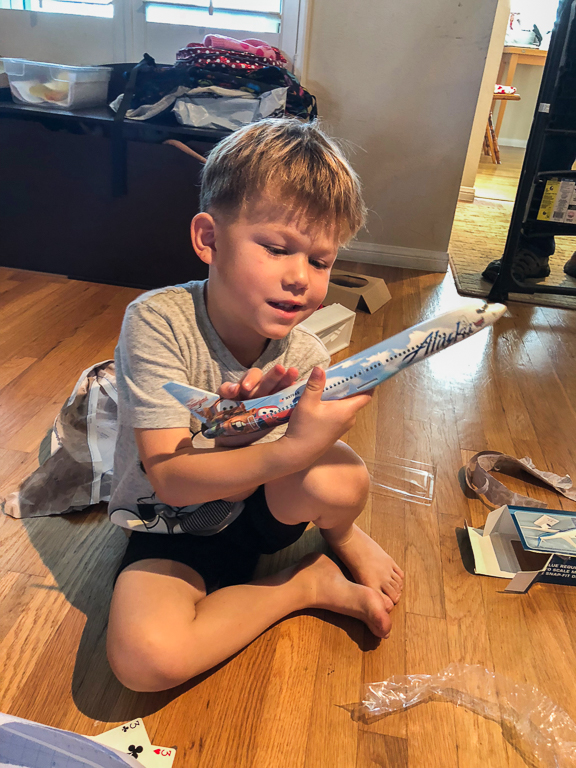 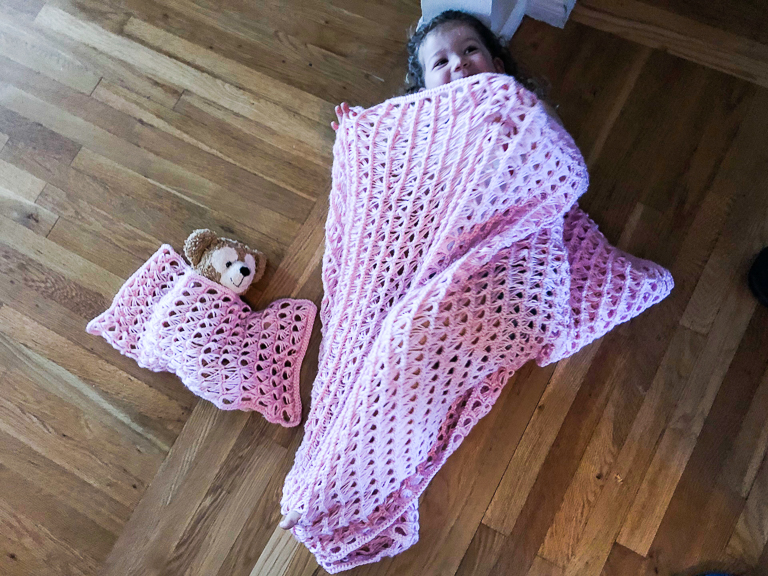 Alli spent 15 minutes racing up and down the driveway. The scooter is a big hit! 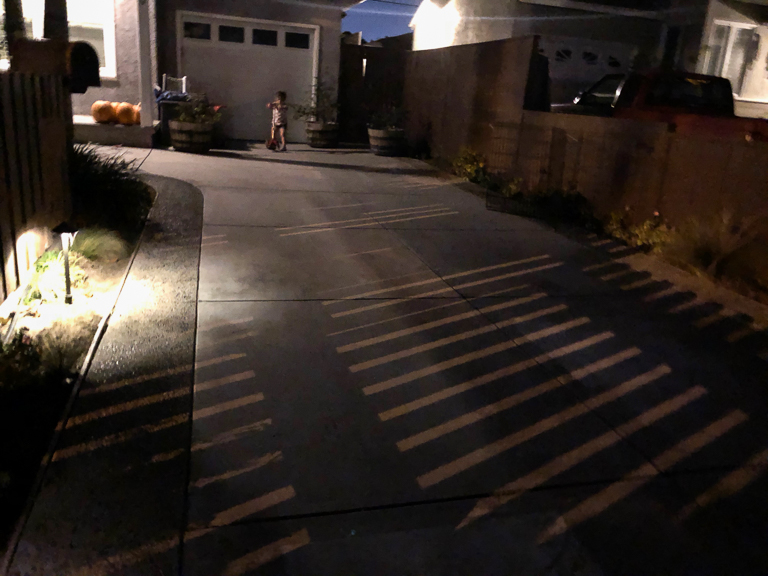