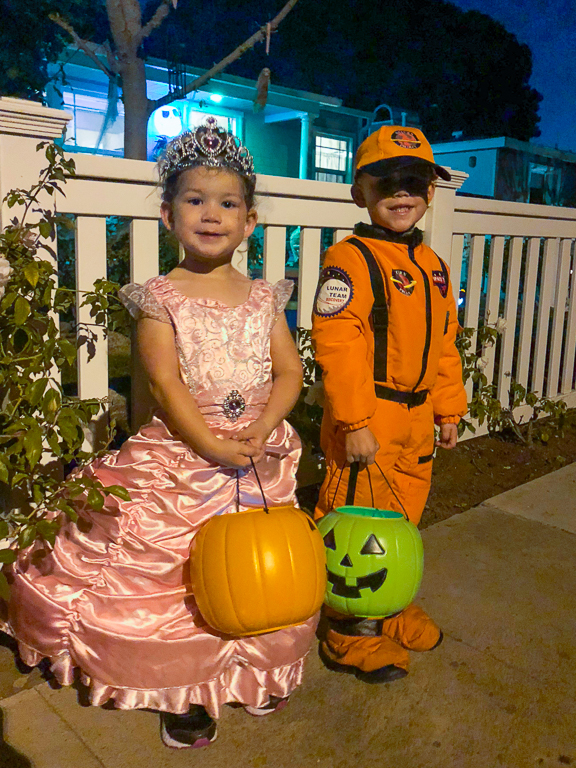 Before the big day there's pumpkins to decorate. 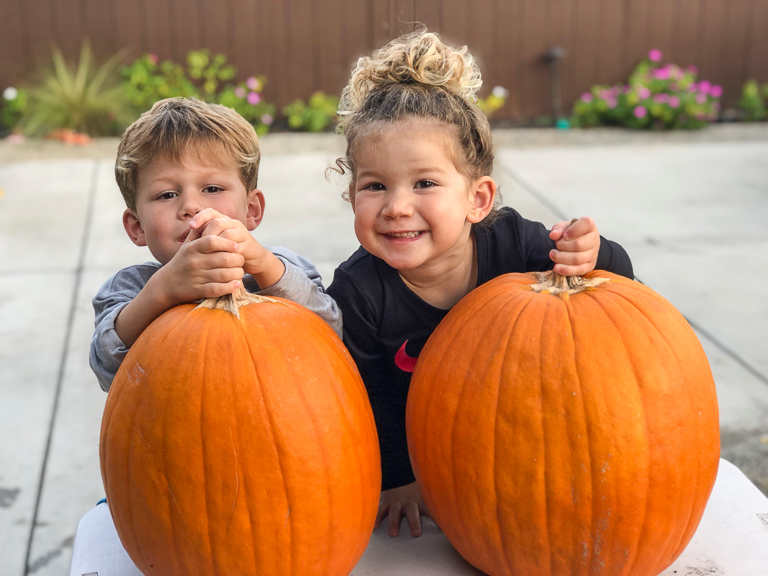 The first set of pumpkins were for coloring on. 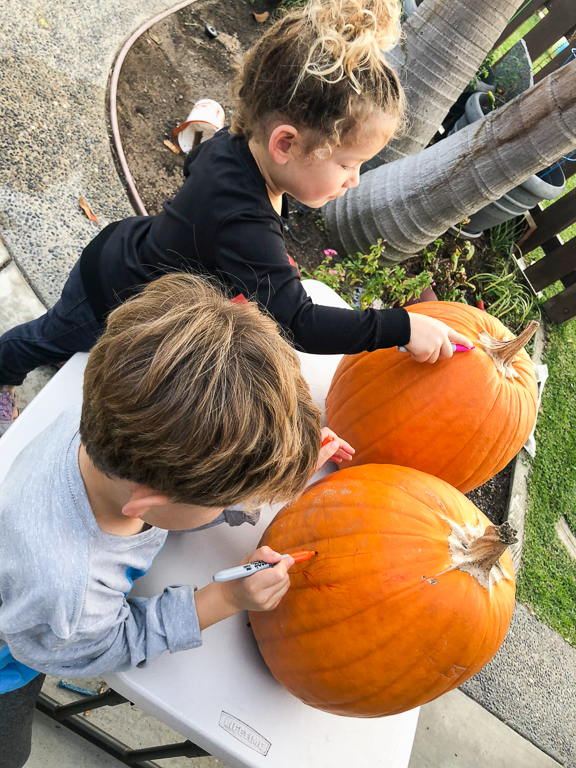 And the next two pumpkins are getting carved up.
First the lid comes off. Ian has some reservations about it at first. 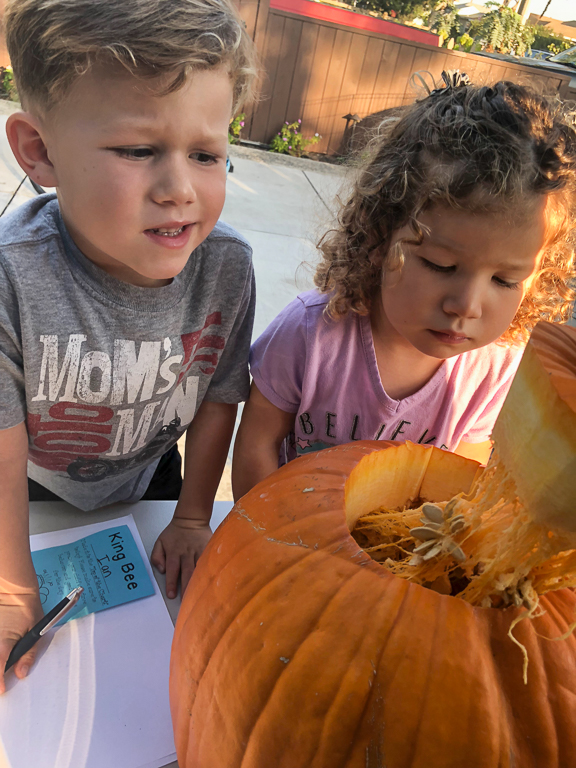 Reach in there and clean out the guts buddy. 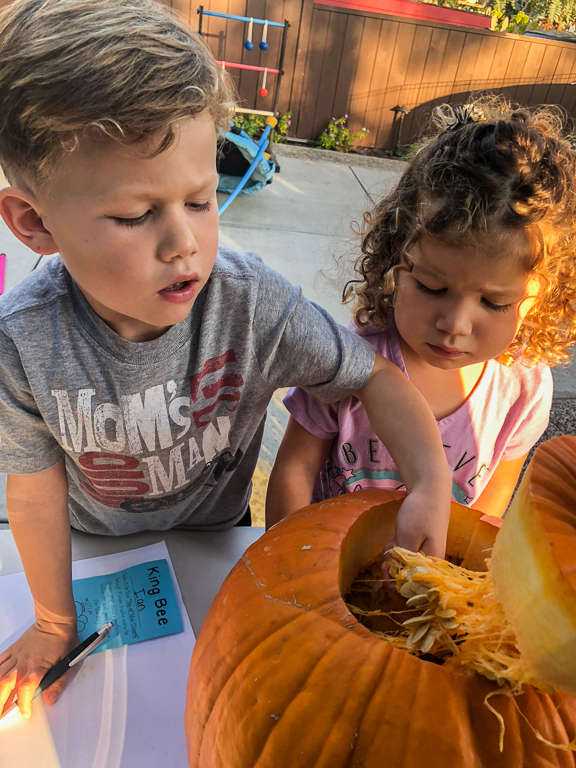 You too Alli. Girls get their hands dirty too. 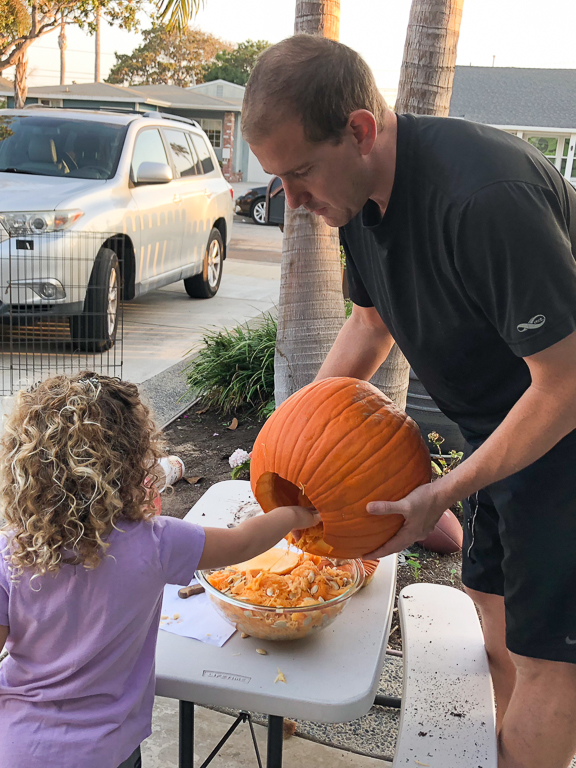 After the kids drew their designs (or told me what to draw), I went after it with the kitchen knife. 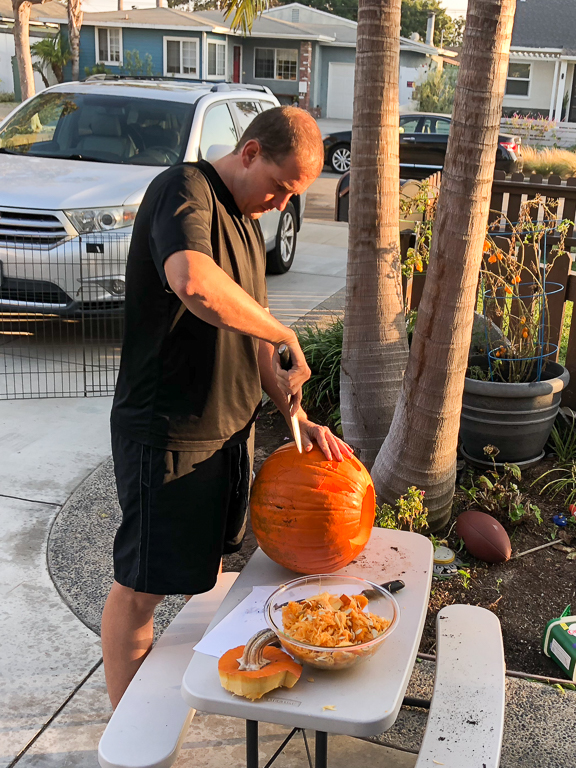 Looks great guys! After dark we'll light them up. 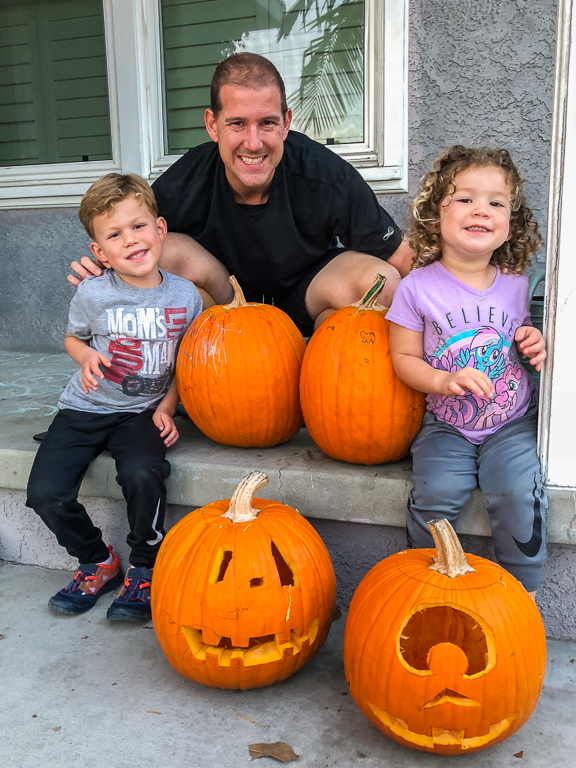 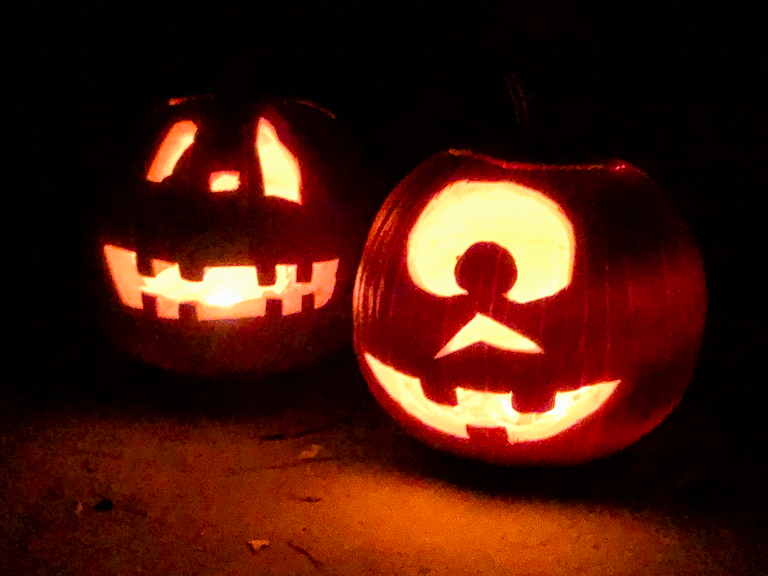 Love your costumes this year!
Alli is a princess and she's so loving it. Her face when she saw herself in the mirror after trying on her dress was priceless. And if you ask her, she's not Princess Aurora or any other Disney Princess. She is Princess Alli.
With his love of the planets and all things space right now, Ian is an astronaut. 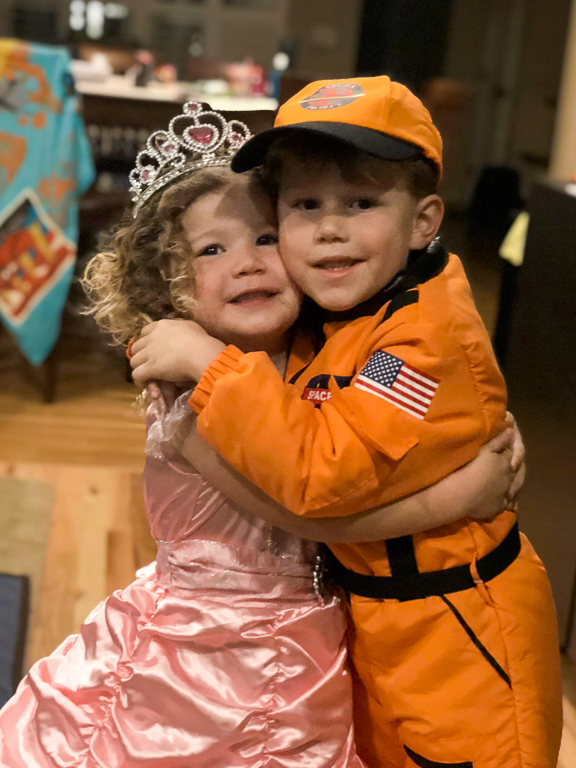 We invited a few neighbors over for pizza before everyone headed out to get candy. 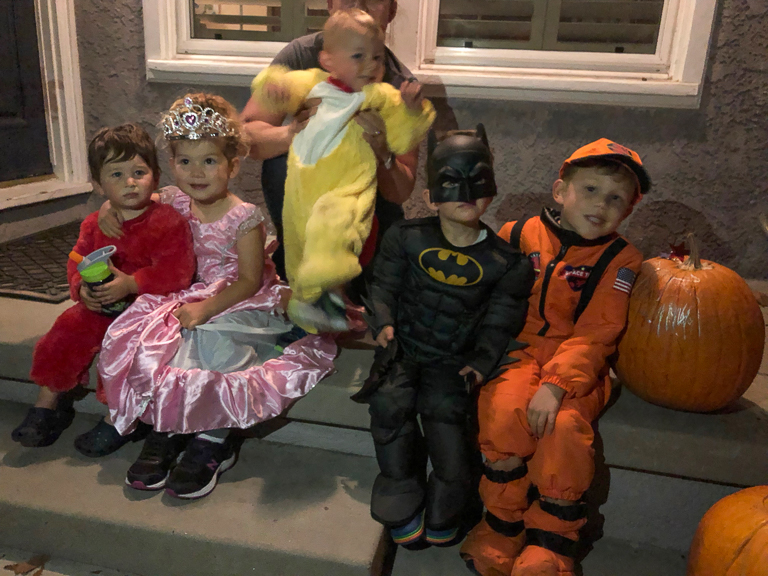 Let's go trick-or-treating!
Somehow before we even got started, Alli had a pumpkin pail full of candy. Turns out she's been pulling candy out of our bucket to give out and filling her pail.

They spent longer trick-or-treating tonight than they ever have before. And this year they were focused. Hit a house, move on to the next house. When they found bowls of candy, Ian was diligent picking out a favorite.
Ian - Grammy they had your favorite! I got you an Almond Joy!
When Alli saw a bowl of candy she suddenly forgot how to count to 1. Perhaps 1 handful. 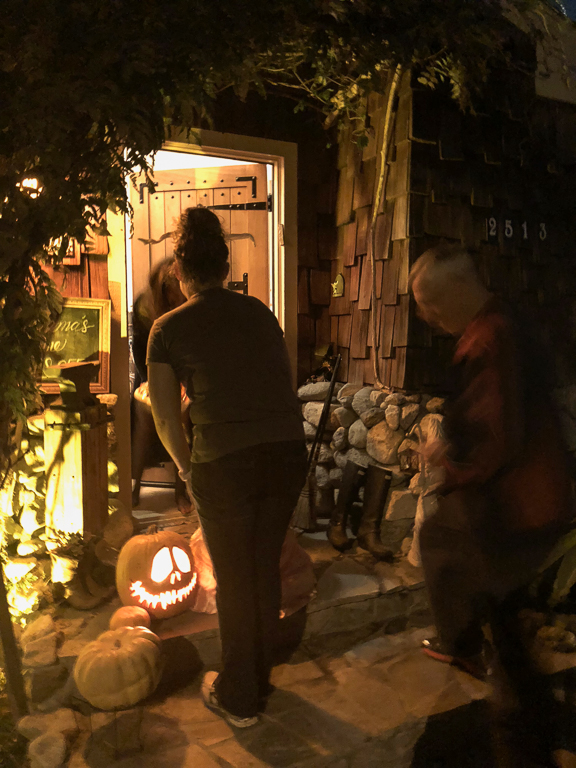 After a long time out, we still had a little bit of time to hand out candy. 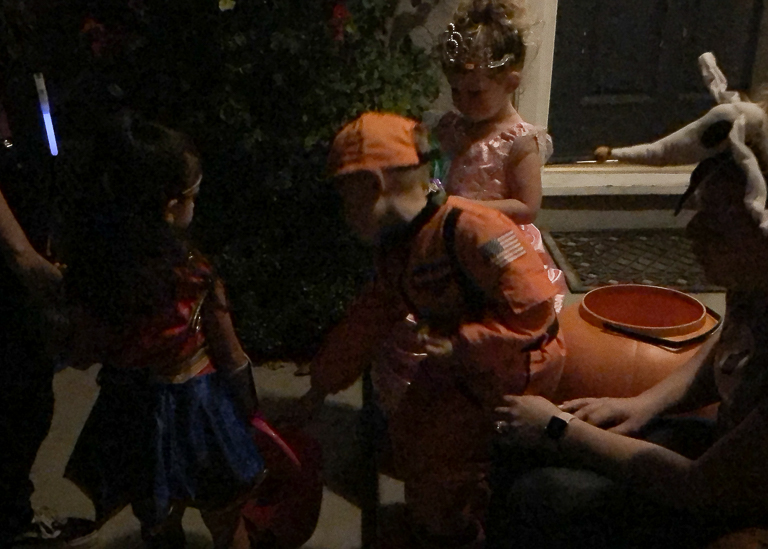 Time to sort it! 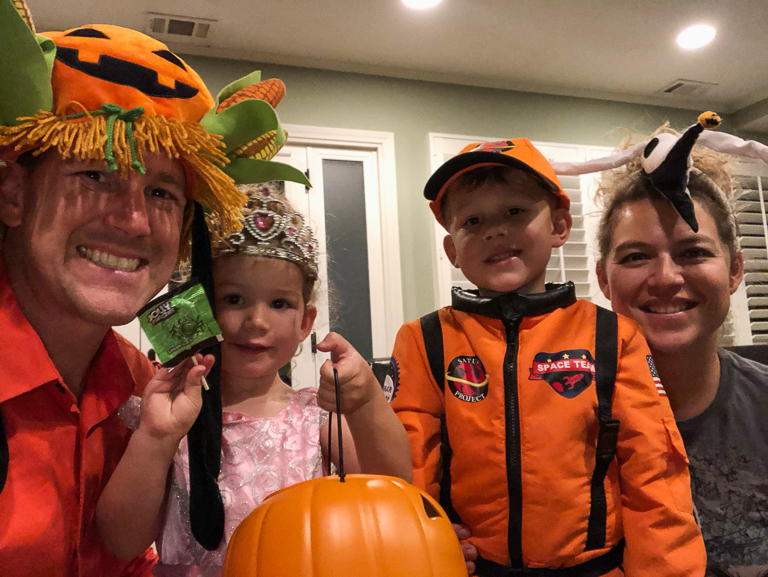 Not bad tonight. That'll last you a few days at least. 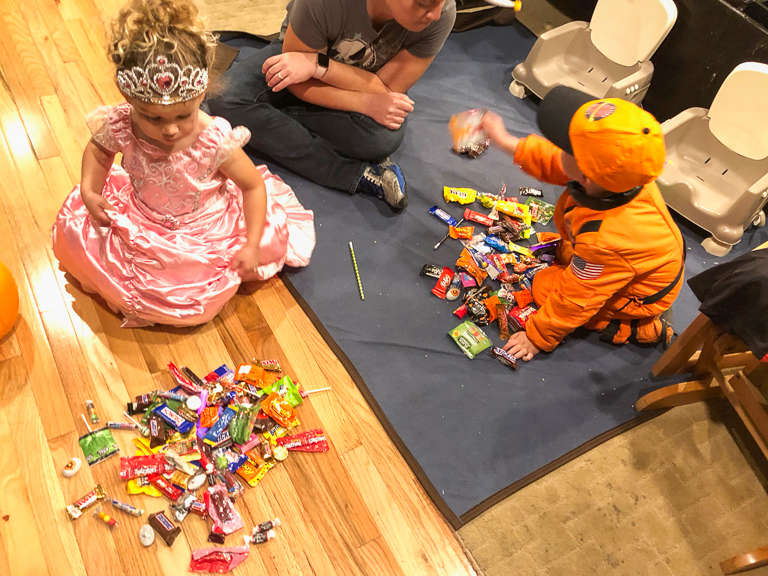