I figured I'd go ahead and share Ruston and Jacob's adventures too. 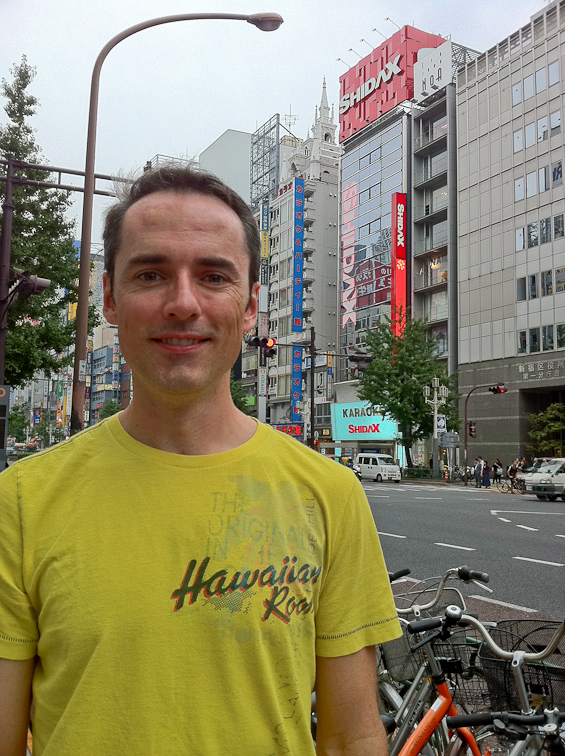 The land of bicycles. 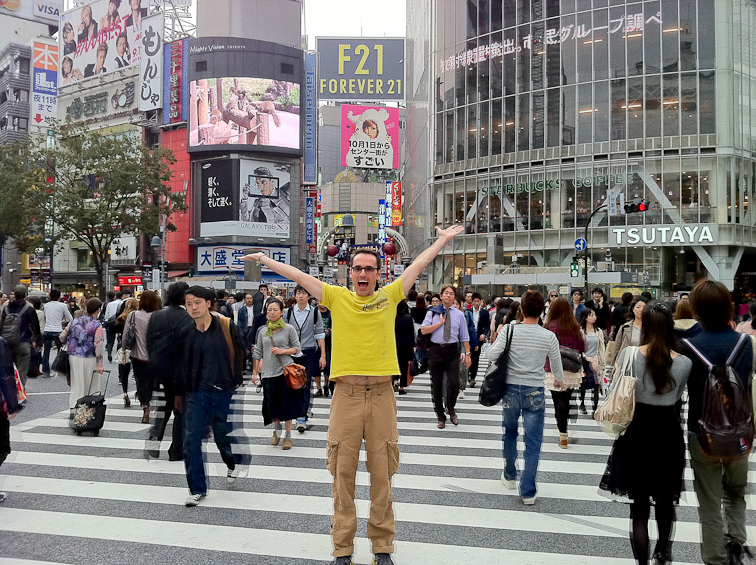 How about a visit to the Tokyo Disney Store. The outside of the building is really cool.  It looks like a futuristic spaceship from Alien or BladeRunner, but then in contrast is the cute little Disney castle entrance to the store. 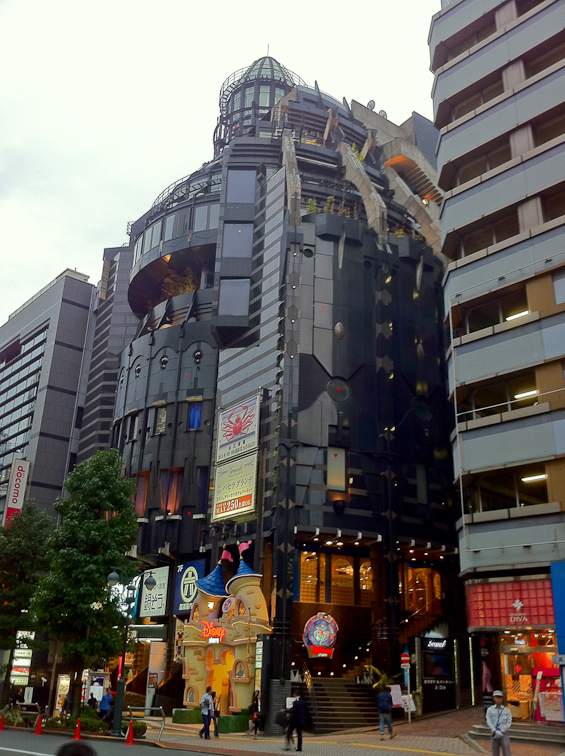 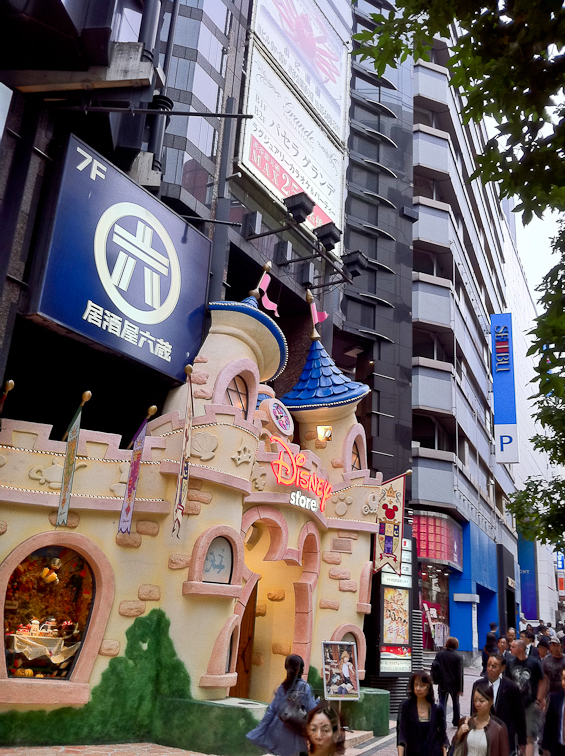 The Disney store is five or six stories tall and you get between floors by a spiral staircase themed to Alice in Wonderland’s rabbit hole. 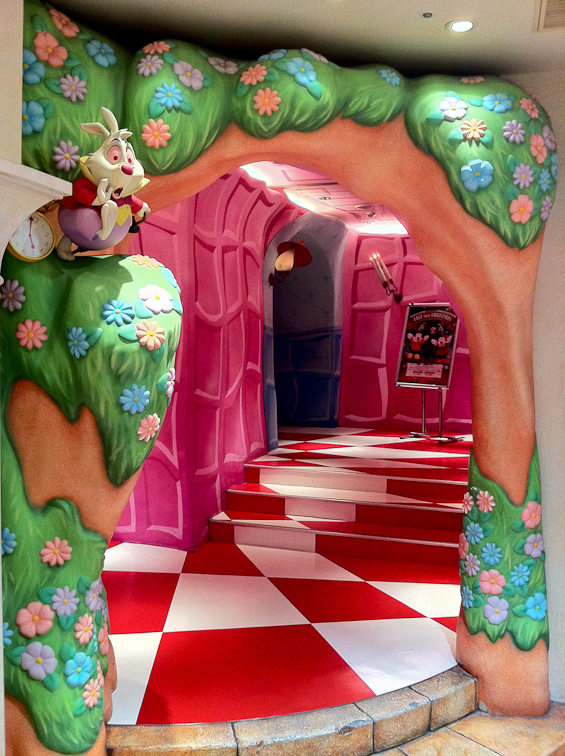 There are several areas throughout the store that are entirely themed to a scene from a movie, like Toy Story and Pinocchio.  The store isn’t really big, and space is at a premium, so for this amount of retail space to be devoted to these vignettes, in my mind, shows how important the overall shopping experience is for those who created this Disney Store. 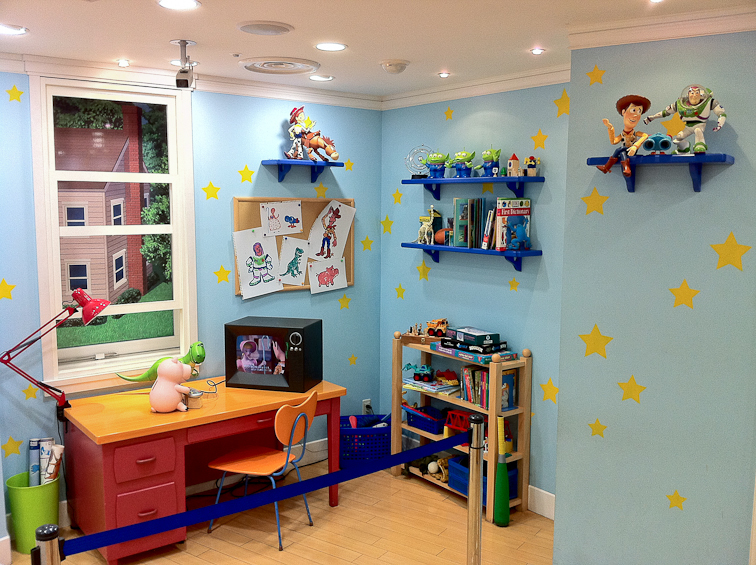 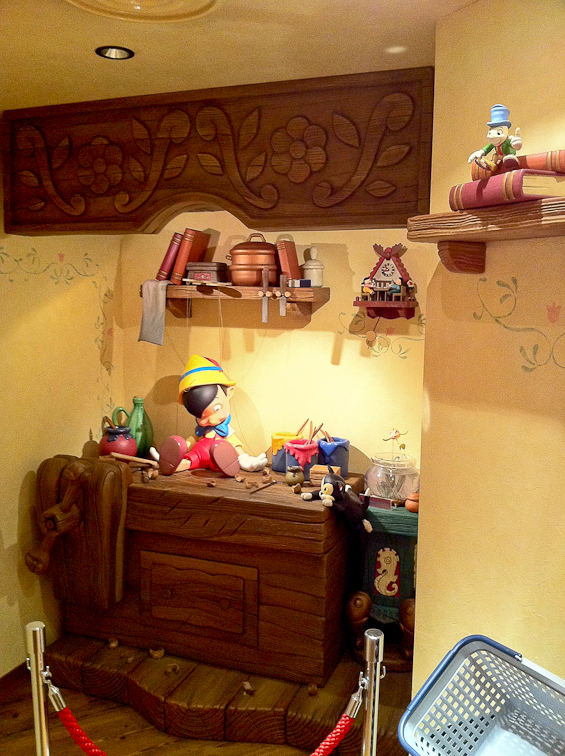 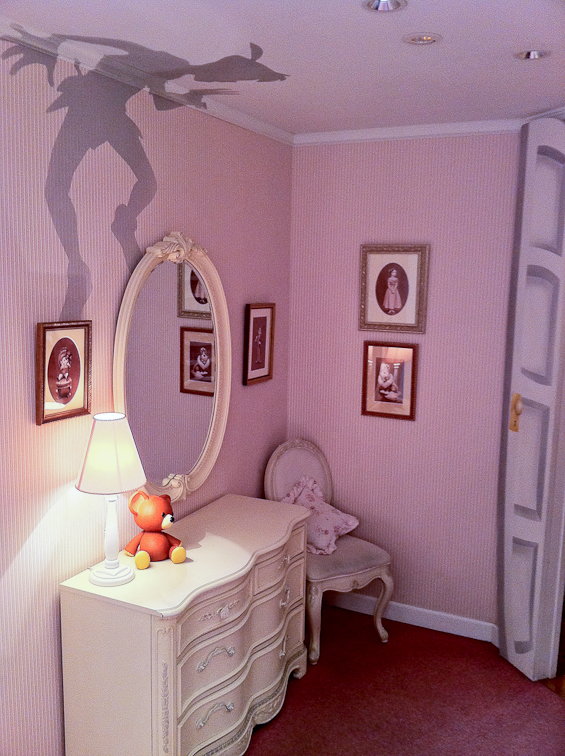 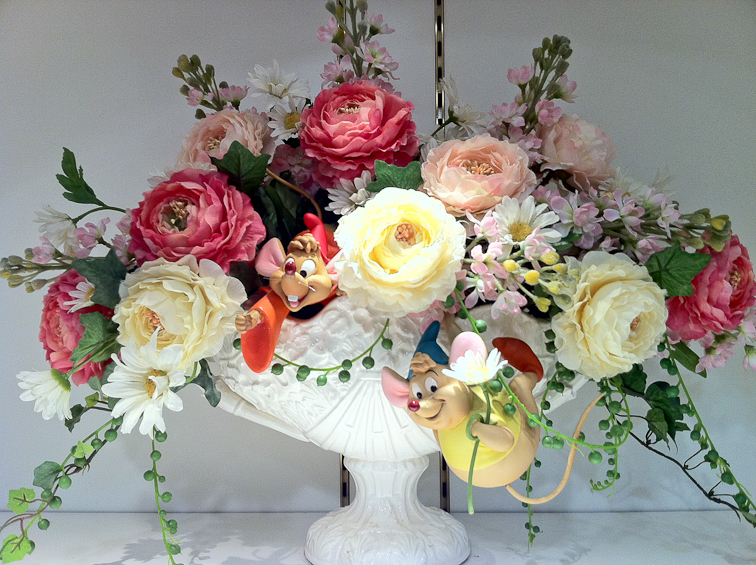 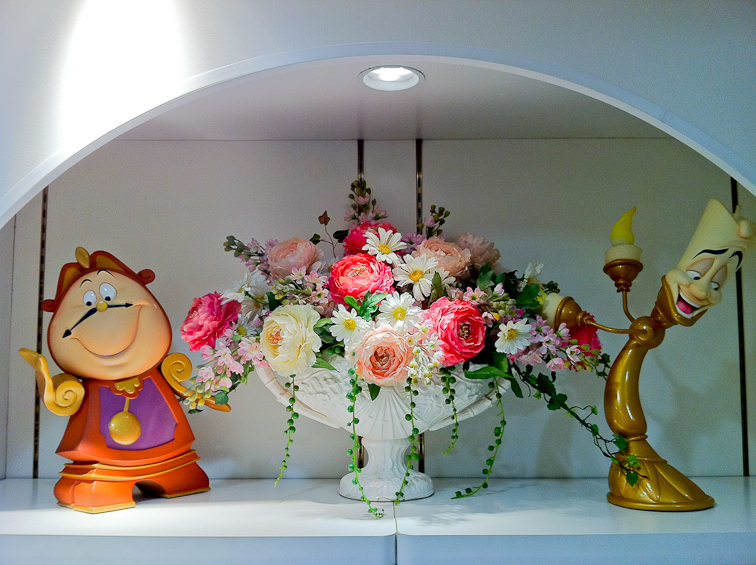 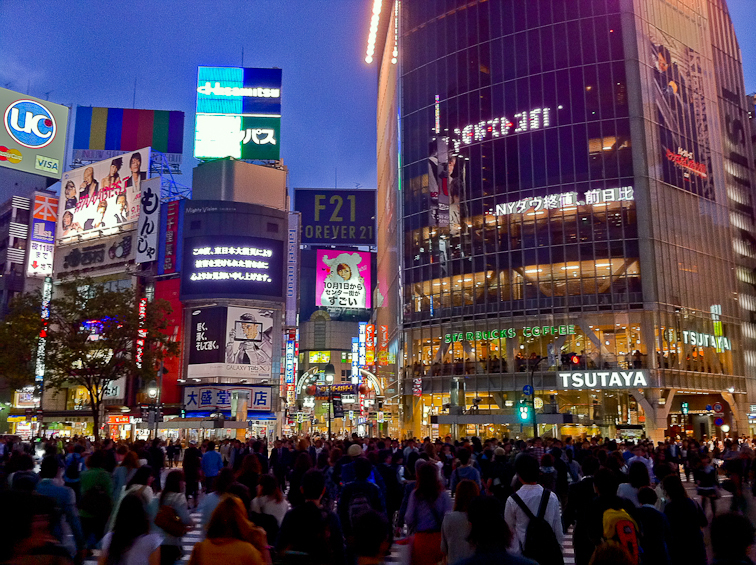 The next day in front of the Hello Kitty bus. 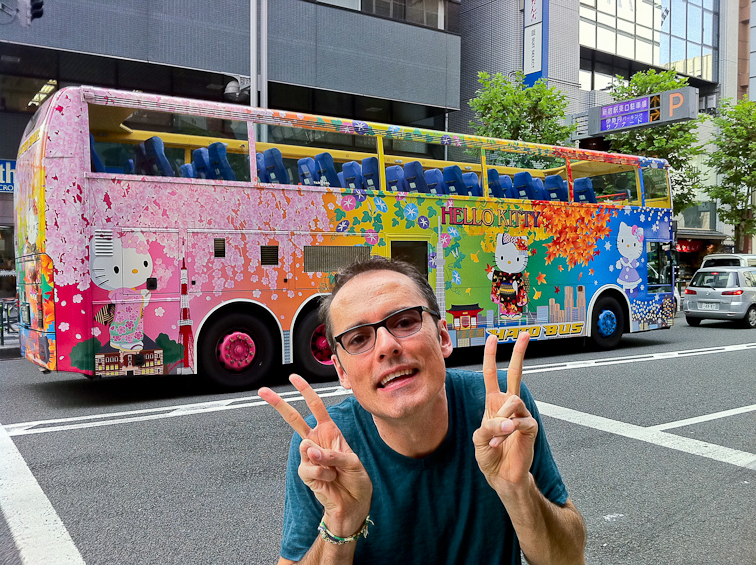 Meiji Shrine, smack in the middle of this huge city and you’d think you’re in the countryside because it was so peaceful.

So much pride, and attention is paid to these places.  This is where I saw the grounds keepers sweeping the leaves out of the gravel roads leading to the temple.  These roads were maybe 20-30 feet across and probably extended a mile or two.  Leaf sweeping would be a full time job. 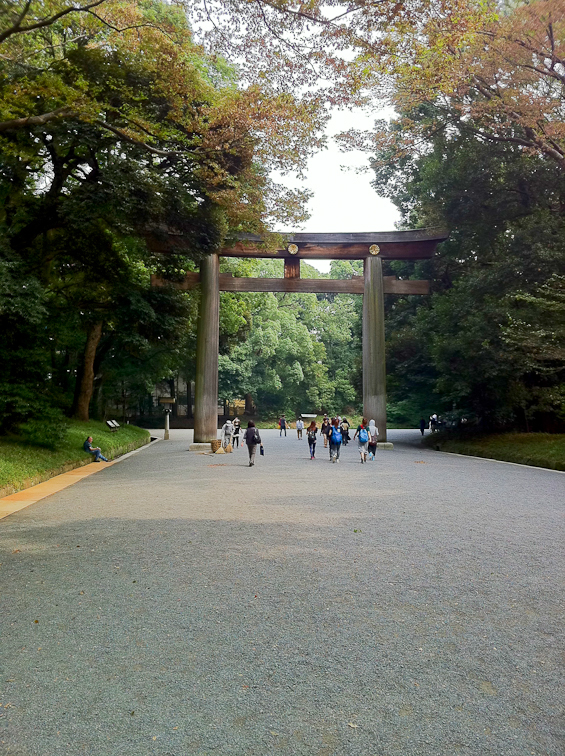 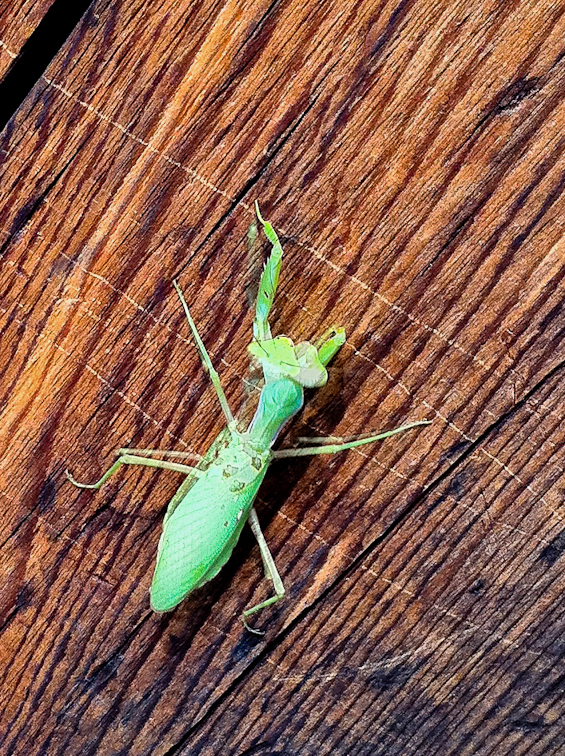 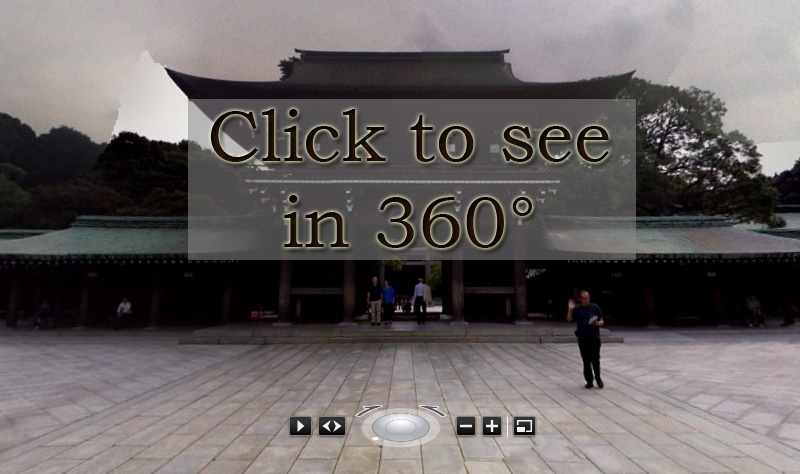 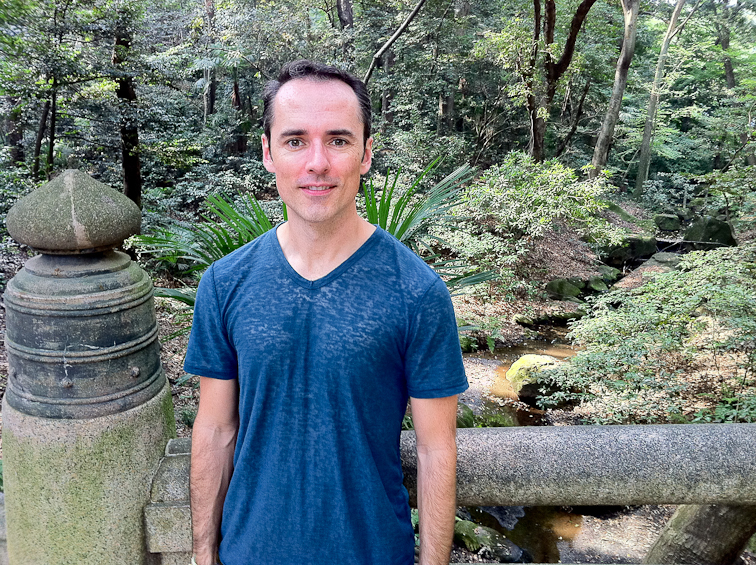 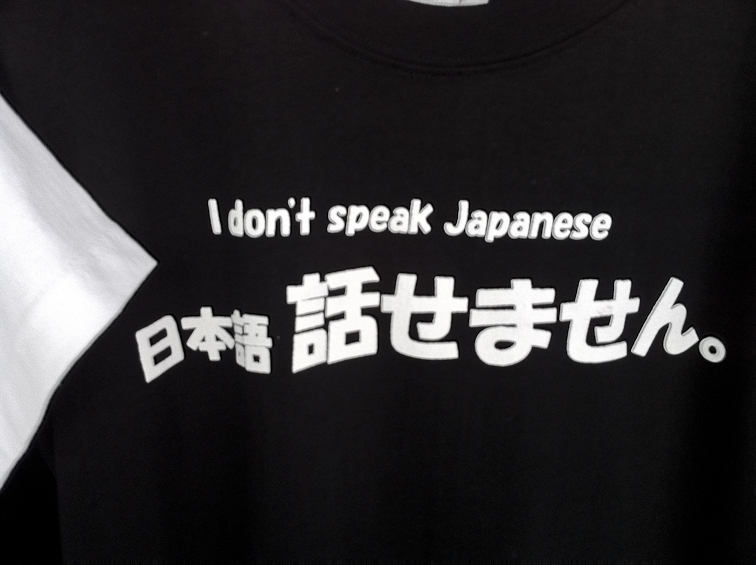 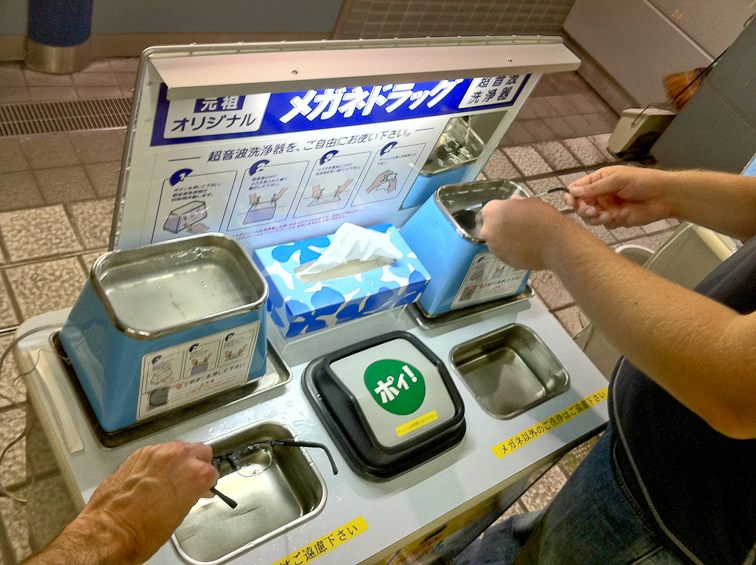 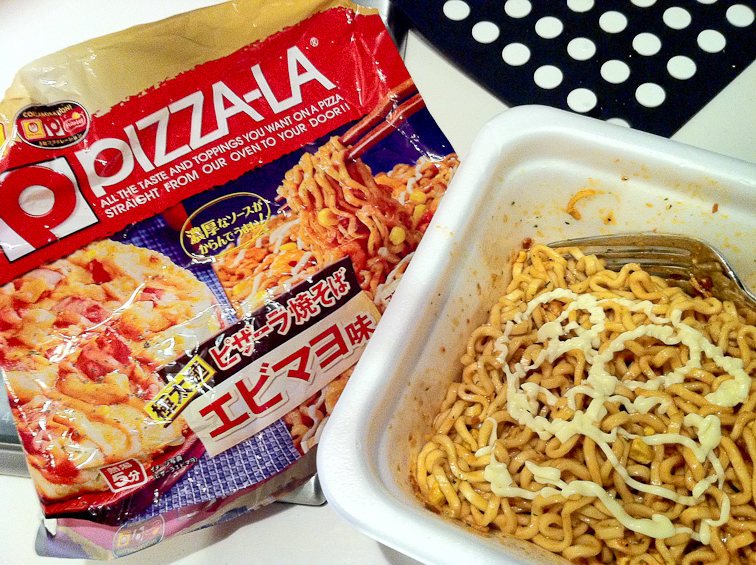 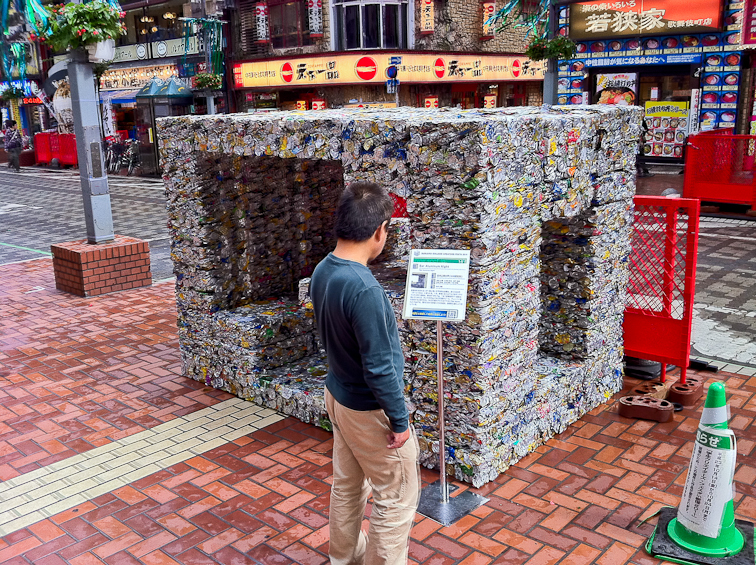 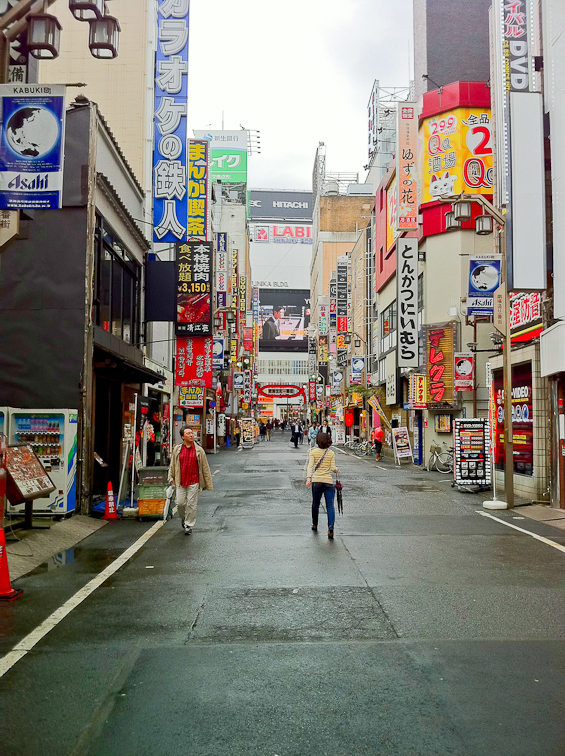 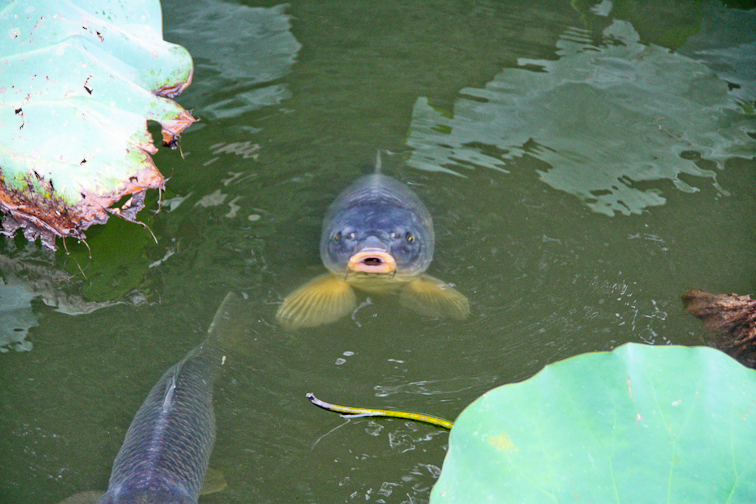 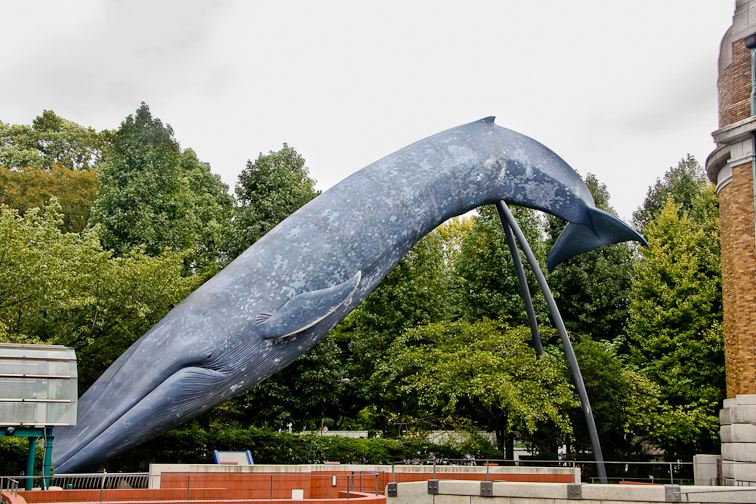 We were trying to figure out what these were.  Eventually we decided they were for the blind.  There were straight lines until you got to an intersection, where they turned into dots. 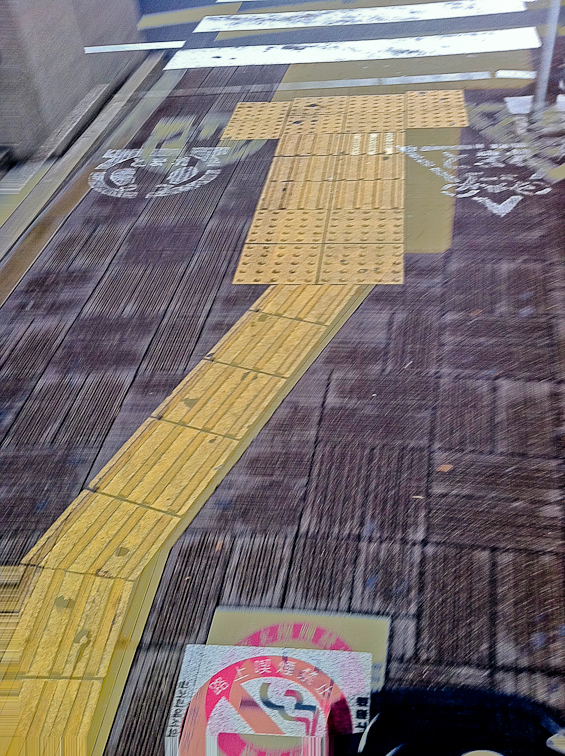 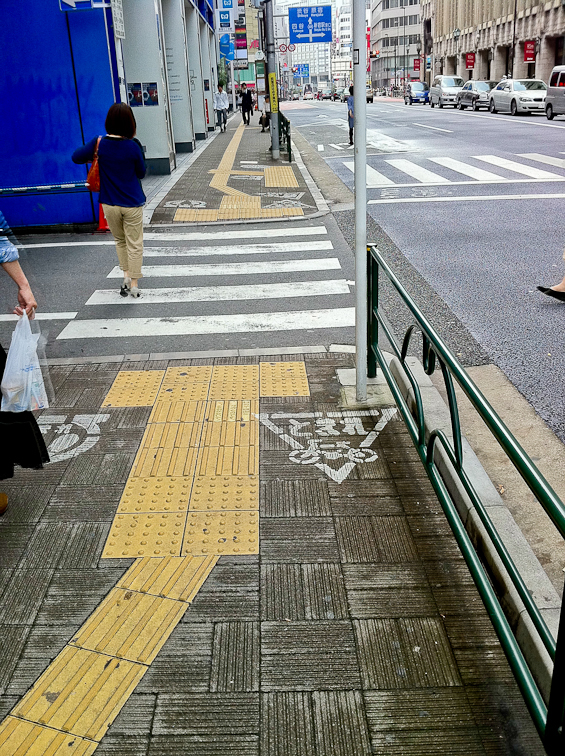 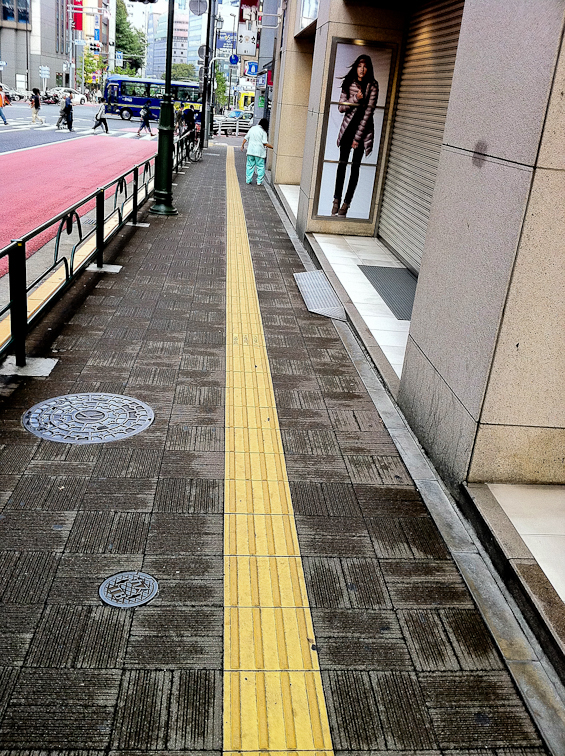 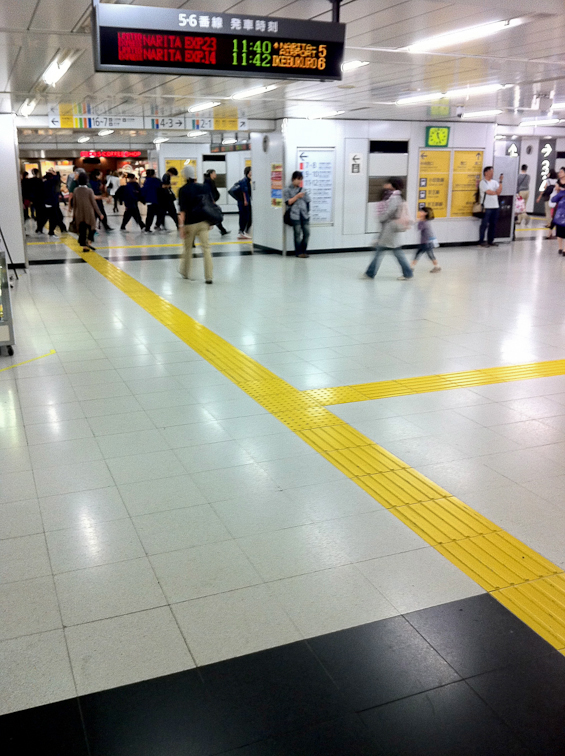 Time to head back to the airport. 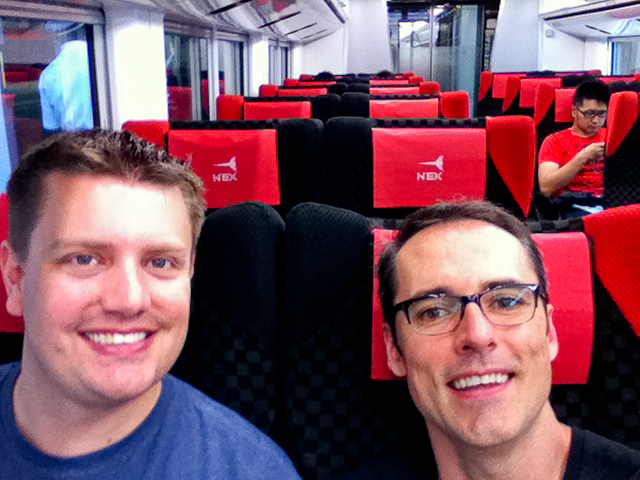 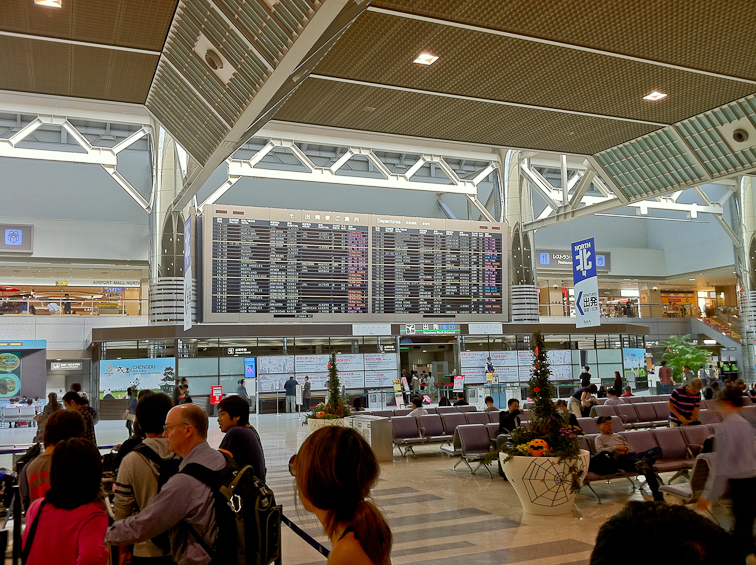 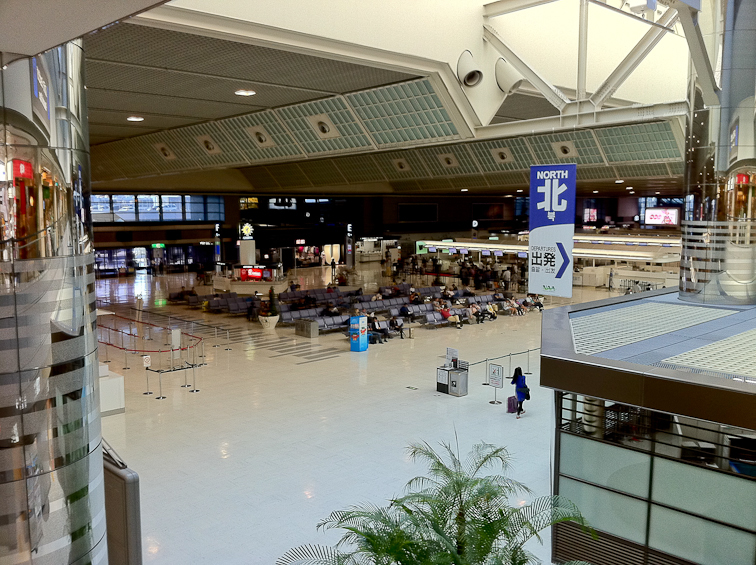