Jacob, Ruston, Theresa and I all started planning this trip way back in November of 2010.  We were still in the early stages of planning when in March the terrible earthquake and tsunami hit Japan.  After that, we were constantly watching the reports coming from Japan to see how recovery efforts were going, what the status of the reactor was, and any other news.  After the earthquake there were still good size aftershocks occurring frequently.

In July though, we all decided that we were still going to go.  We made final hotel plans, got our JR Rail passes, and got everything ready for our trip.

On October 1st, Jacob, Theresa and I all met Ruston at the airport.  The day had finally arrived and we were ready to fly to Japan. 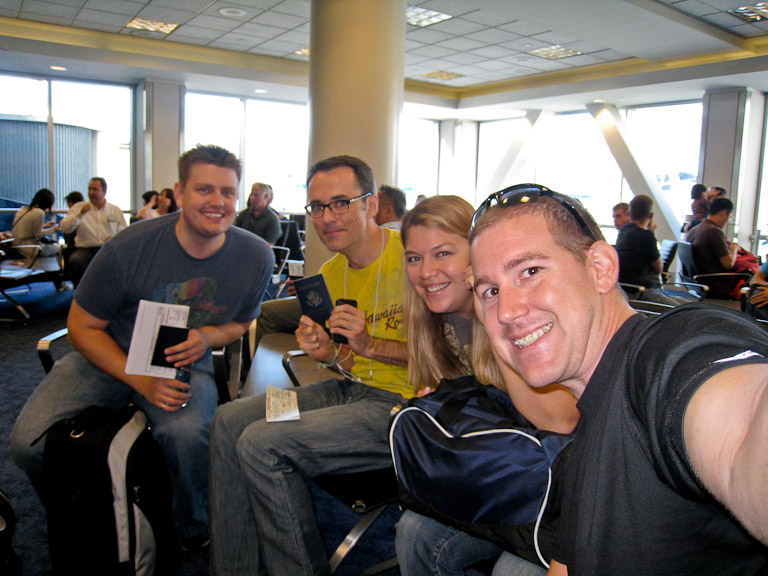 The flight was a quick 12 hours over to Japan.  Ugh.  We hit a few good bumps along the way, but Theresa was able to sleep through most of them. 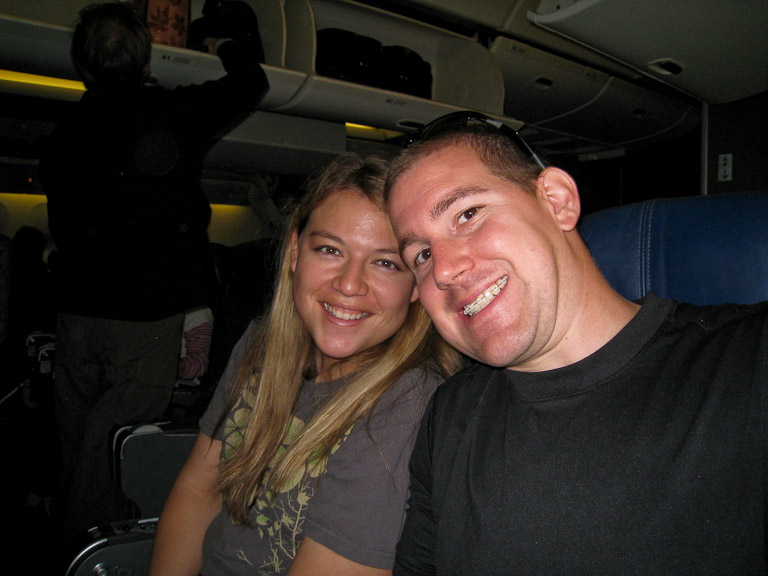 Not much to see during the whole flight.  Just the ocean all the way to the horizon.  And the flight was to the west so we were chasing the sun.  Luckily there were TV screens at every seat so the whole trip was spent watching movies and TV shows. Once we made it to Narita airport, we had to go through immigration.  We all had our pictures taken and fingerprints scanned.  Luckily we had all packed carry-on, that's right carry-on for a 2 week Japan trip, so we didn't have to wait for luggage to come off. Once we got through customs, our first stop was the ATM.  Japan uses cash almost exclusively instead of credit cards, and foreign ATMs are only at available in certain places (not Tokyo Disneyland surprisingly). 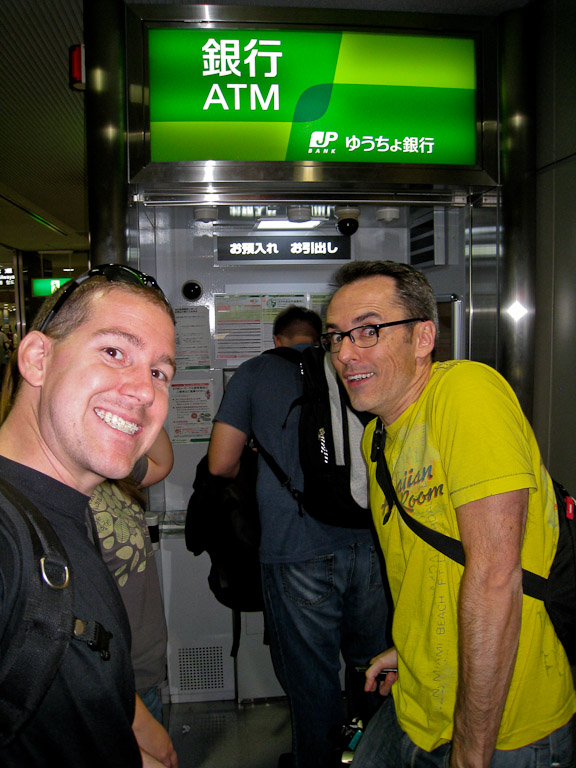 Tickets for the Airport Limousine were next on our list.  We booked the last trip of the day to go to the Tokyo Disneyland Resort.  Then we headed down the escalators and grabbed our JR Rail Passes (you only get certificates that you redeem once you get there) and even made reservations for our train ride from Tokyo to Hakone a week later. 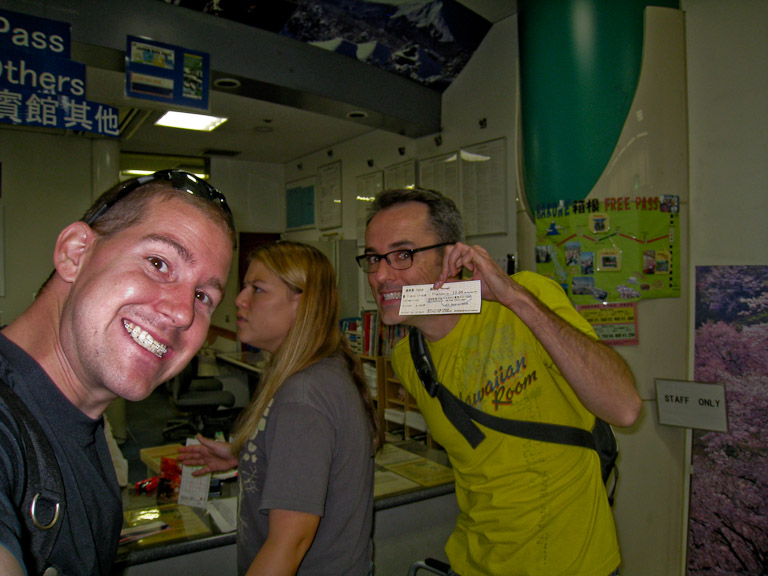 We even stopped by a convenience store and bought some snacks for the trip.  Then it was finally time to go upstairs and wait for our limousine to take us to Tokyo Disneyland. 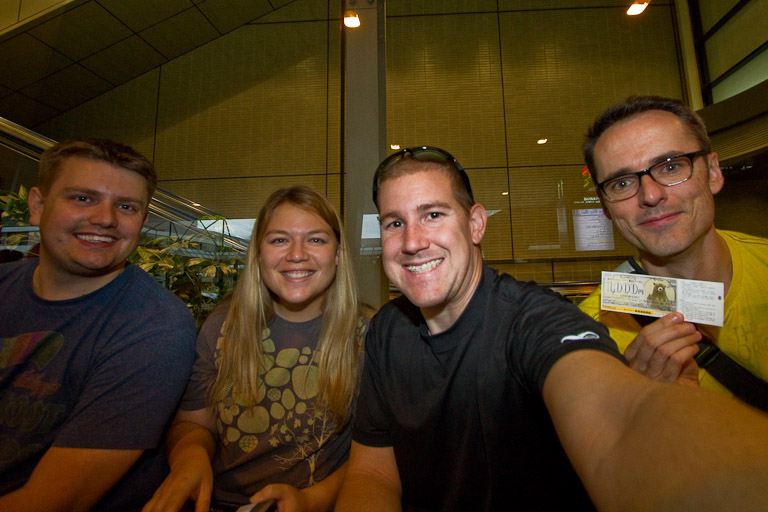 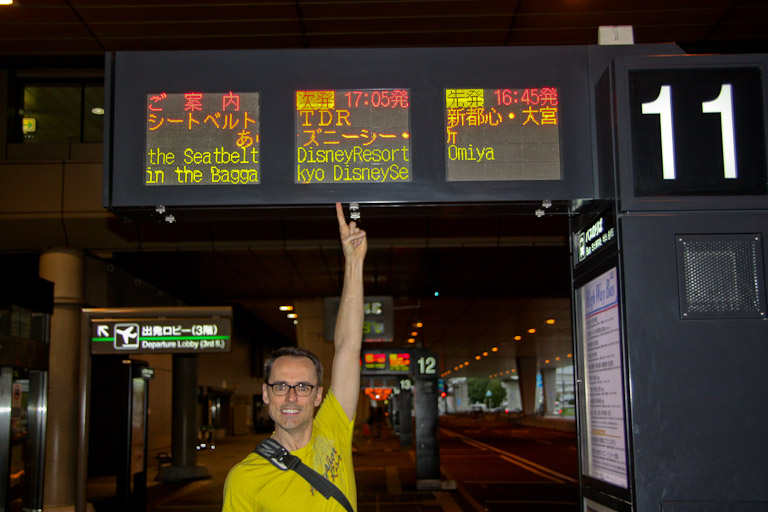 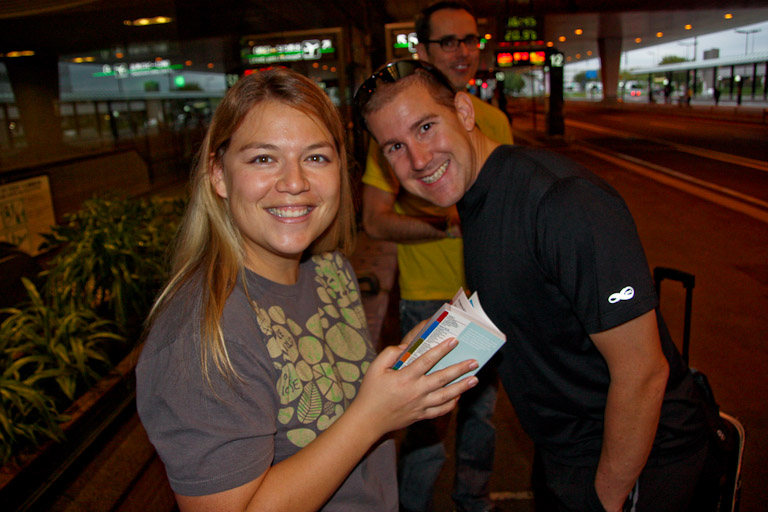 The limousine was actually a bus (we knew that before hand).  After a quick 60 minute drive through Tokyo traffic, we were finally at the Disneyland Resort.  Our stop at the Hilton Tokyo Bay hotel was one of the last stops, but that just meant we got to see what all the other hotels looked like.  We drove by the Disneyland Hotel, Disney Ambassador Hotel, and a couple others before finally arriving at the Hilton. 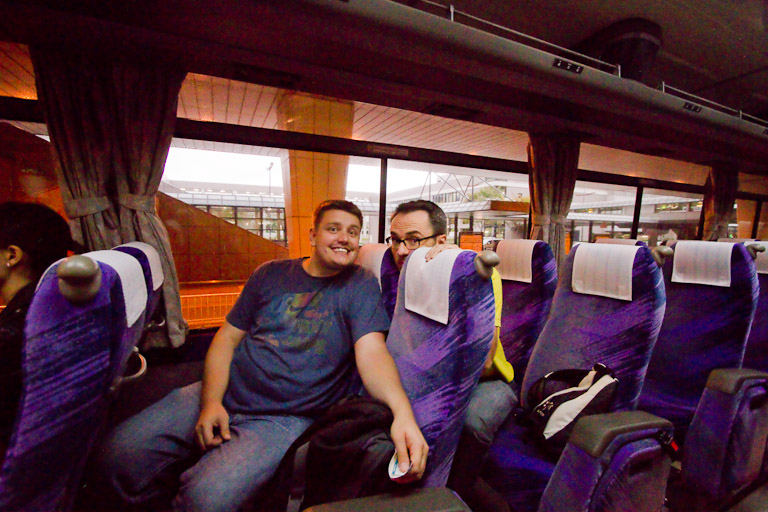 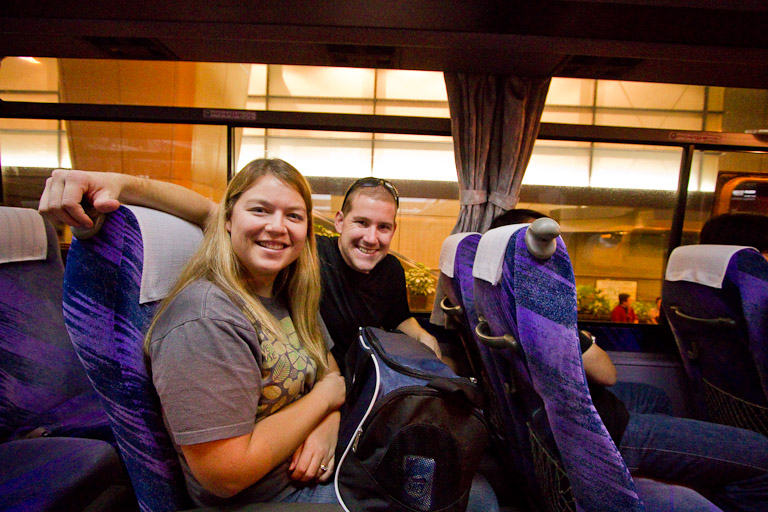 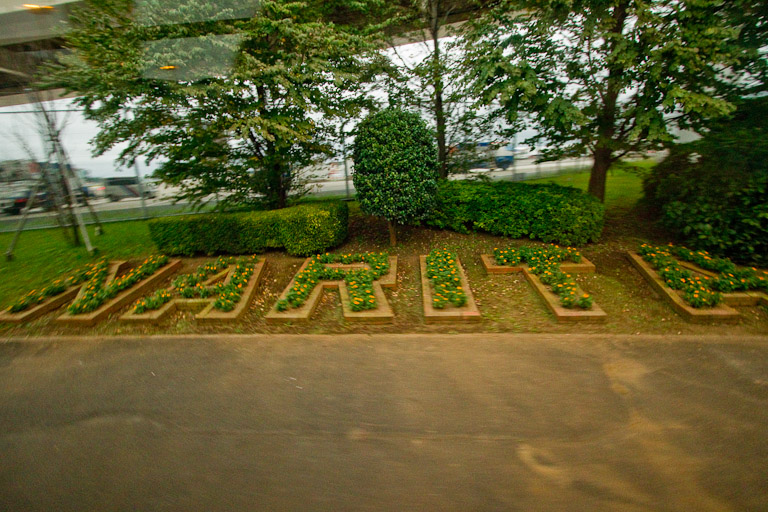 Checking into the Hilton Tokyo Bay was a breeze.  Everyone spoke English and we had no problems getting our room.  The lobby, elevators and the whole hotel in general looked super clean.  Our room was on the fifth floor.  The room was very large too compared to what we had heard.  Unfortunately the beds they couldn't accommodate our request for a King Sized bed.  The beds were also pretty firm, unfortunately.  Everything was nice and clean though. 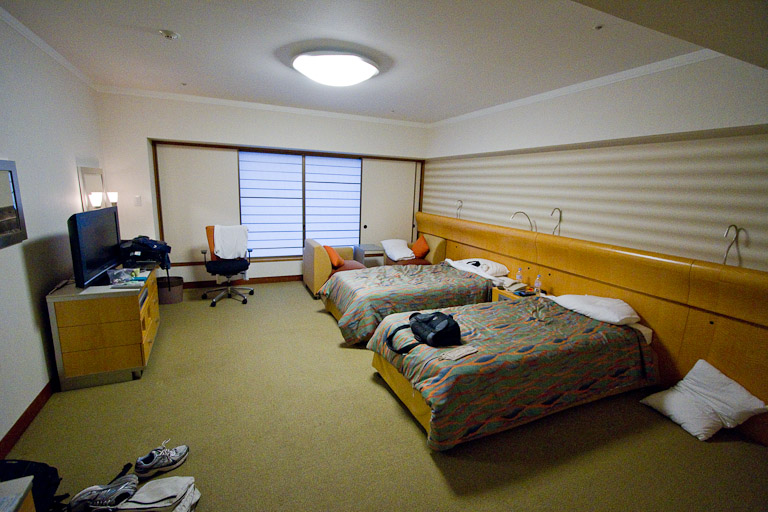 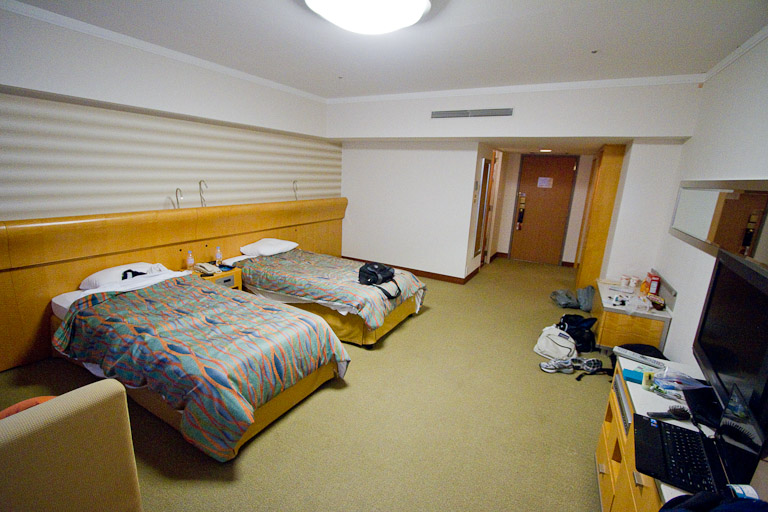 Down in the lobby we bought our tickets for the next 4 days at the Disneyland resort.  You have to decide ahead of time which parks you want to visit.  The first 2 days, you can only visit one park.  After that, you're allowed to park hop.  A 4 day ticket was only 16000 Yen, which is about $205.  Not bad when you consider Disneyland in Anaheim has a 3 day park hopper for $199 right now.


It was still technically early in the night, though we'd been up for a long time, so we decided to head over to Ikspiari, the Tokyo version of Downtown Disney.  The monorail line is very convenient to the hotel, so we decided to ride that over to Ikspiari.  The monorail here though differs from the US parks, since you have to pay for to ride.  Getting a ticket was simple though.  The ticket machines had an English button, and as long as you had cash, it was easy to figure out.  I think a one way ticket was around 250 Yen ($3.20), and a day pass was around 625 Yen ($8.00).  Additional days could be bought at a lower cost. 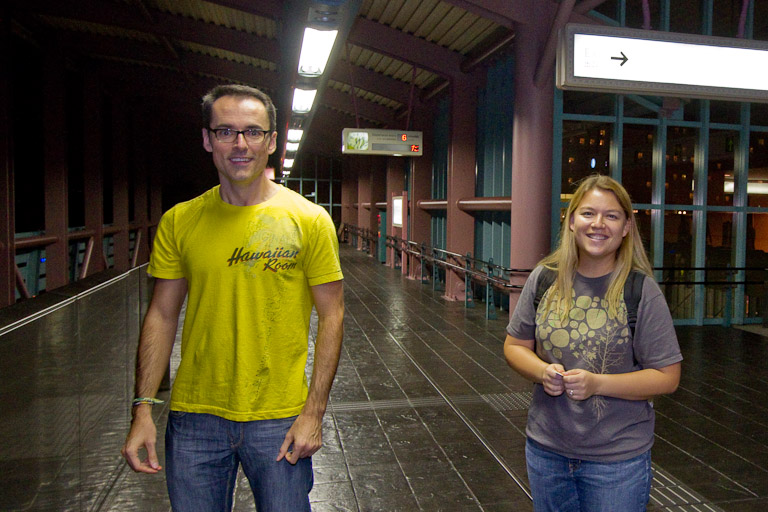 The monorail was cool.  It had Mickey shaped windows and Mickey handles to hold on to.  The other thing we noticed was different, was that you could walk from the front car all the way to the back.  No partitions like the monorails in the US.  There were also something like 12 cars, so it held a lot of people.  You were also free to sit at the very front of the monorail, though there always seemed to be people waiting to sit there. 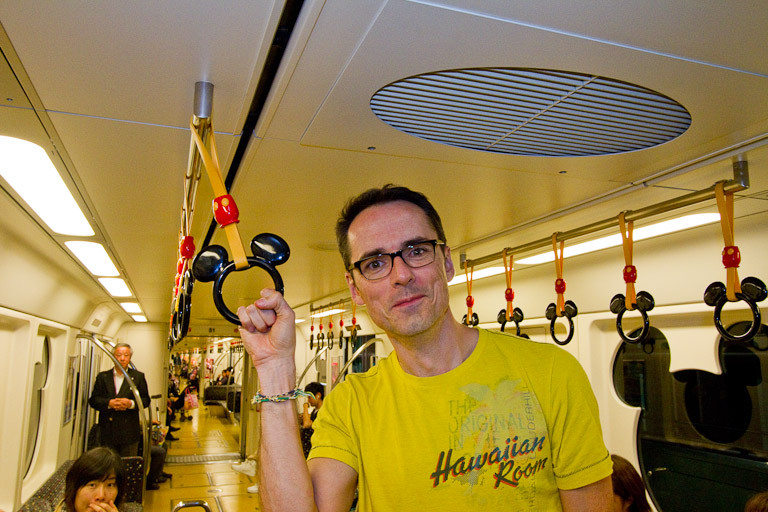 Ikspiari had a lot of different restaurants and shopping and we found the Disney store shortly after arriving. 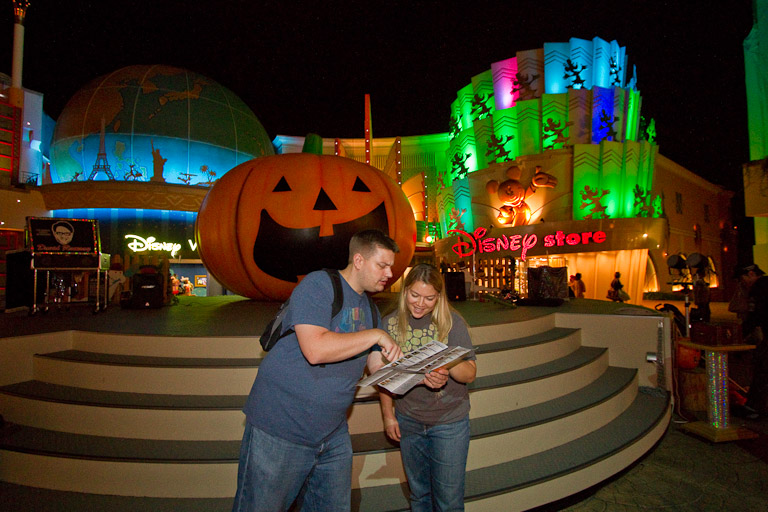 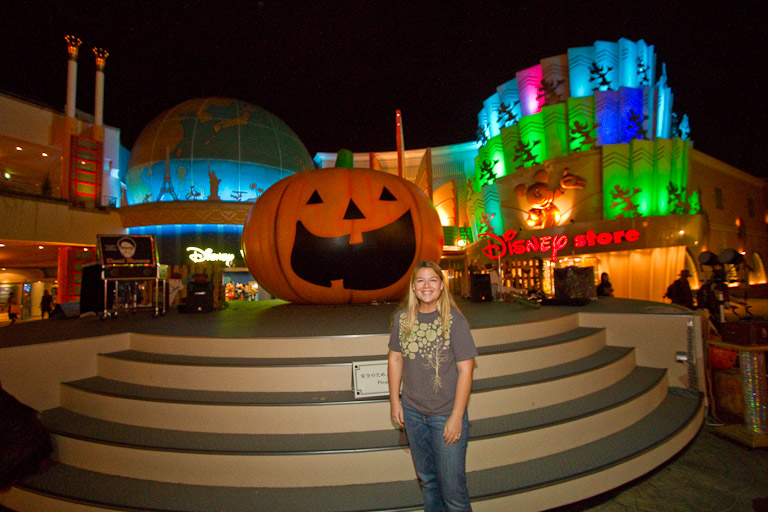 Lots of items we found here were "cute".  We found lots of things we'd love to bring home.  But as mentioned before, we were only doing carry-on, so we had no plans to buy anything big.  This was just a scouting trip anyway.  We wanted to see what all the resort had to offer before we bought anything. 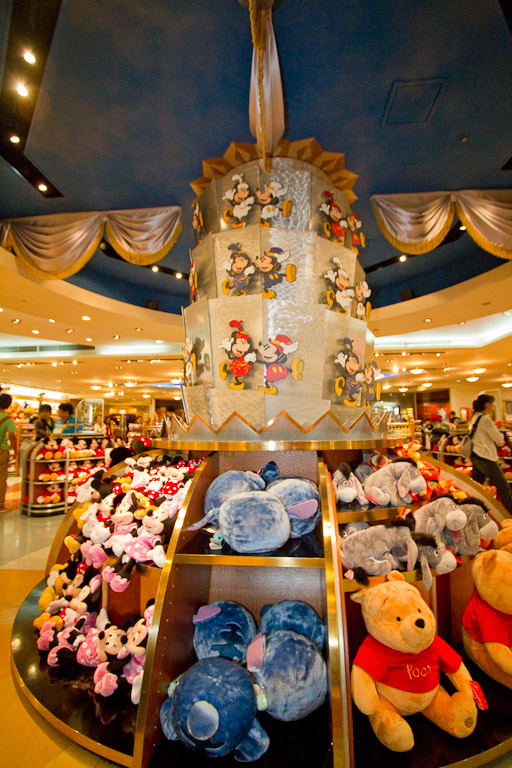 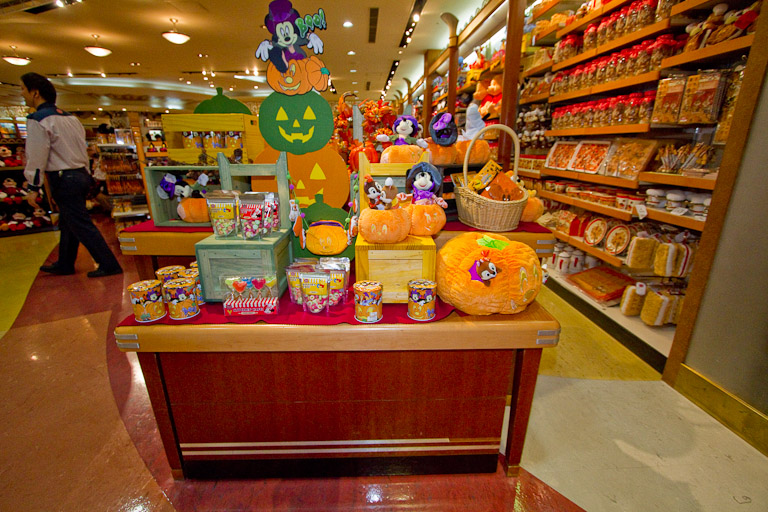 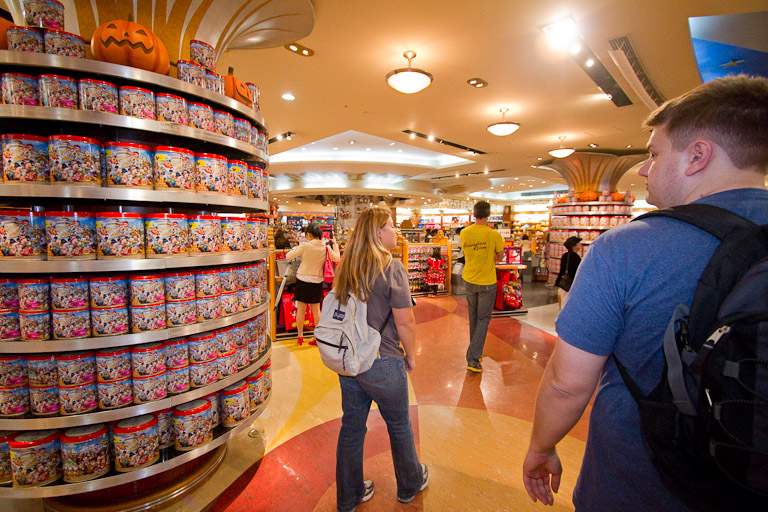 The Disney store had their own version of Duffy.  In this picture you can even make out a stuffed Ludwig Von Drake.  Now there's a character you don't see every day. 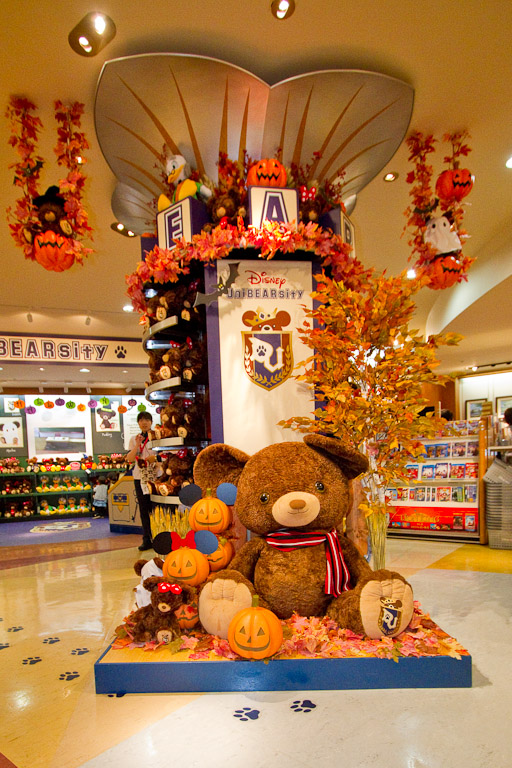 Walking around looking for a place to eat dinner. 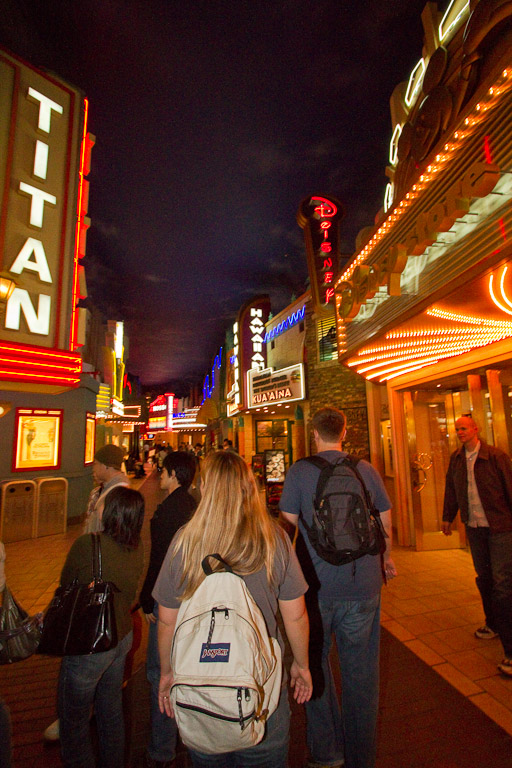 After walking around a bit, we eventually decided on a restaurant. First meal in Japan.  Hamburgers.  Mmm. 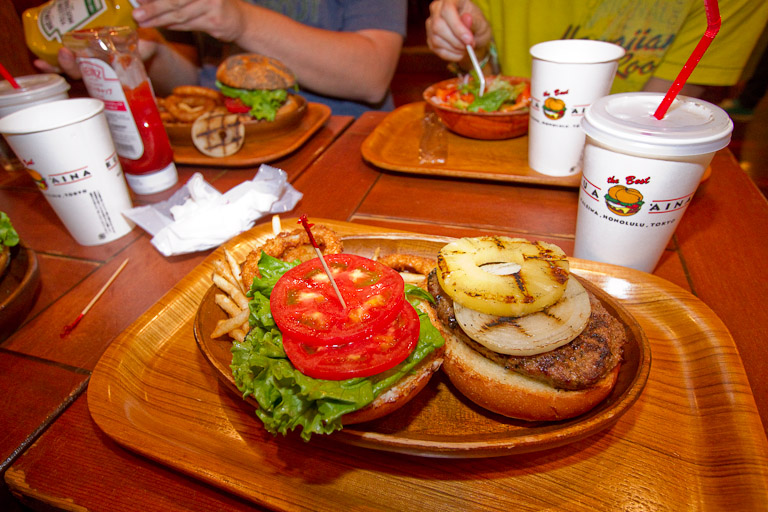 After dinner, we grabbed some groceries from a local store and got back on the monorail to the hotel.  It was only 10pm, but it was 6am Los Angeles time.  We'd been awake for nearly 24 hours.  A quick shower and it was time for bed.