Testing the Miracle Berry with friends

I learned about the Miracle Berry a while ago and was just looking for an excuse to try them out.
Theresa and I have been hosting a TV night ever since we moved out to California. It started with shows like 24 and LOST, then continued with Heroes and Firefly. Recently we've started watching the excellent BBC show Sherlock. Now Sherlock is about Sherlock Holmes and his perceptions. I thought it would be interesting to alter our taste perceptions tonight.

So what is the Miracle Berry and what does it do?
A fruit of the Synsepalum dulcificum bush, this berry contains miraculin which totally messes with your tongue's sweetness receptors. After taking it, items that would normally be sour, suddenly taste sweet! 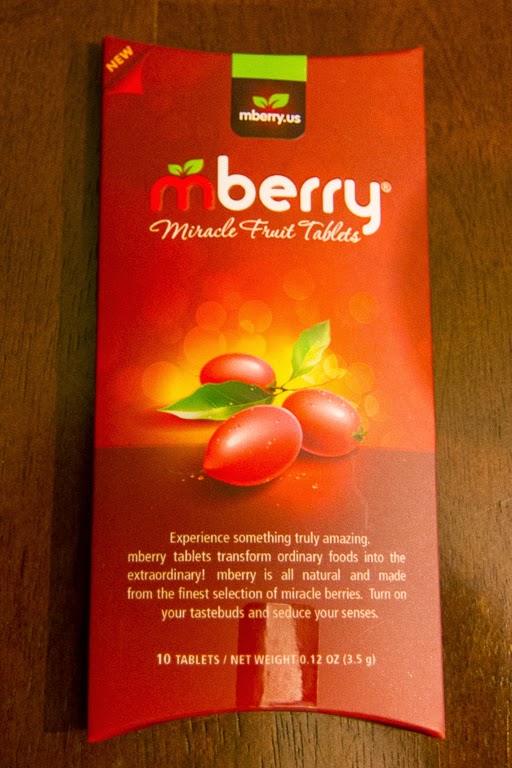 The actual berry only has a shelf life of 2-3 days, so it's much easier to take the tablet form. I ordered mine from Amazon for $14 for 10 tablets. Inside you'll find a blister pack of 10 tablets inside a foil freshness pack. 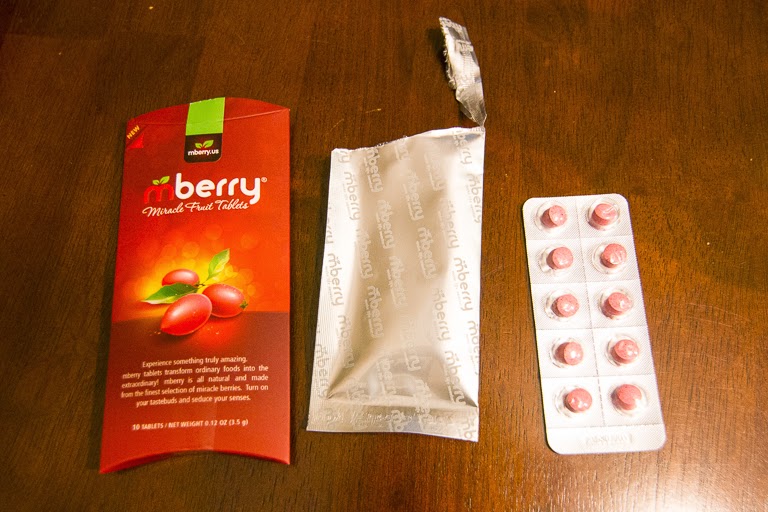 There's lots of suggested foods to try online. I grabbed a bunch of different ones and asked the people coming to bring something interesting to try. 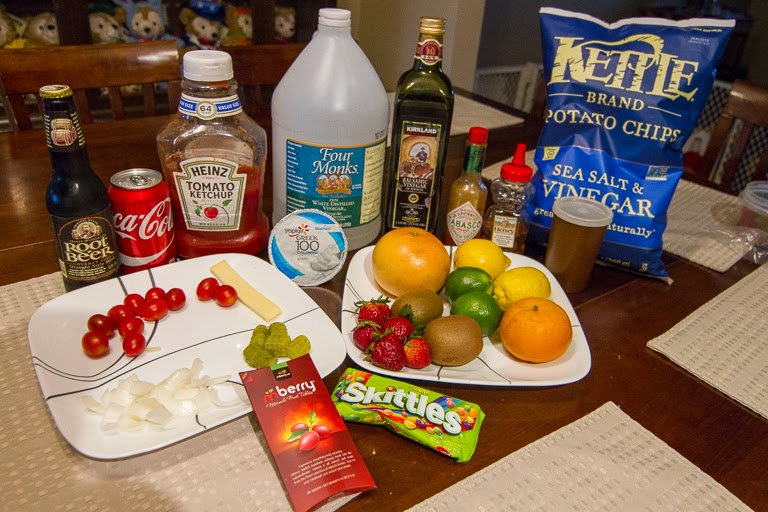 After letting the tablet dissolve on our tongues, which took about 5 minutes, we dove right in.
Remember how everything that usually tastes sour suddenly tastes sweet? Lemons are about the more sour thing we're used to eating so that was the first thing tested.
I was just a little apprehensive to try it. Would the miracle berry really work?
Amazingly, yes, it did! Instead of making me pucker, the lemon tasted just like lemonade and was completely delicious! Mmm. Now I'm excited to try everything else. 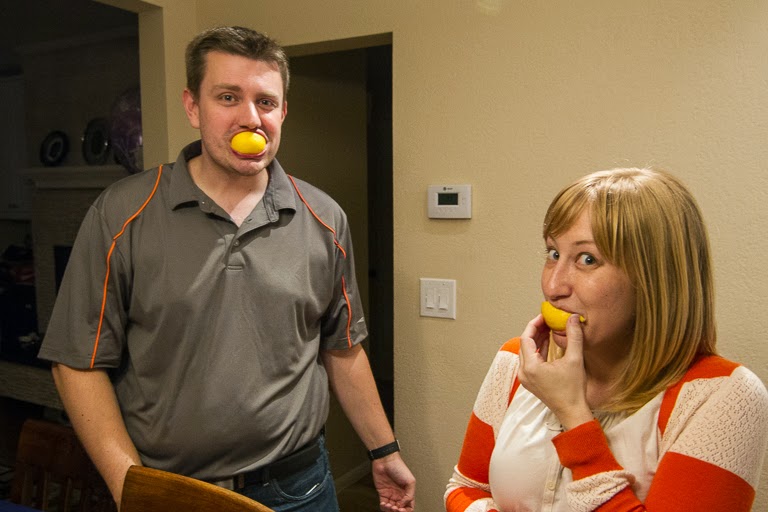 So what foods did we try?
Lemons - These were delicious. Probably my favorite thing to try all night. It tasted like lemonade.
Limes - Also good. Nice and sweet.
Strawberries - Steph said these were tart, but after taking the miracle berry they were really sweet.
Grapefruit - Normally I don't like grapefruit. Way too bitter. But these were really good.
Tangerine - Sweet and delicious.
Kiwi - I didn't really taste a difference here. I thought it tasted like a normal kiwi.
Onion - This one still tasted like an onion to me without any change. Still a potent onion flavor.
Pickles - I don't like pickles in general, and making it a sweet pickle didn't help.
Tomatoes - No difference to me.
Cheese - No difference to me.
Greek yogurt - This plain Greek yogurt tasted like you mixed sugar into it already.
Vinegar - Normally I'd never think to drink vinegar straight. But it was suggested online by someone, so I figured why not. There wasn't anything bad about it either. It just seemed a bit odd.
Balsamic vinegar - I love balsamic vinegar. I love the tang you get when you taste it. The miracle berry took away all the tang.
Honey - Oddly, it tasted like honey but less sweet than usual.
Tabasco - I wasn't too sure what would happen here. Jacob and I both took a spoonful. Most of my tongue didn't seem to mind it, but the back of my tongue and my throat once I swallowed definitely felt the heat of the straight tabasco.
Ketchup - I didn't really notice anything for the ketchup.
Sugar - The sugar didn't seem to have any sweetness at all. You could feel it dissolving on your tongue like normal, but the sweet flavor was missing.
Salt and Vinegar chips - Not usually a favorite of mine, but this time it was much more palatable. Instead of tasting sour, they were sweet. I thought they tasted like french fries.
Sour Skittles - Tasted like normal Skittles with no sour flavor.
Root Beer - Had a yummy creaminess and was much less sweet than normal. 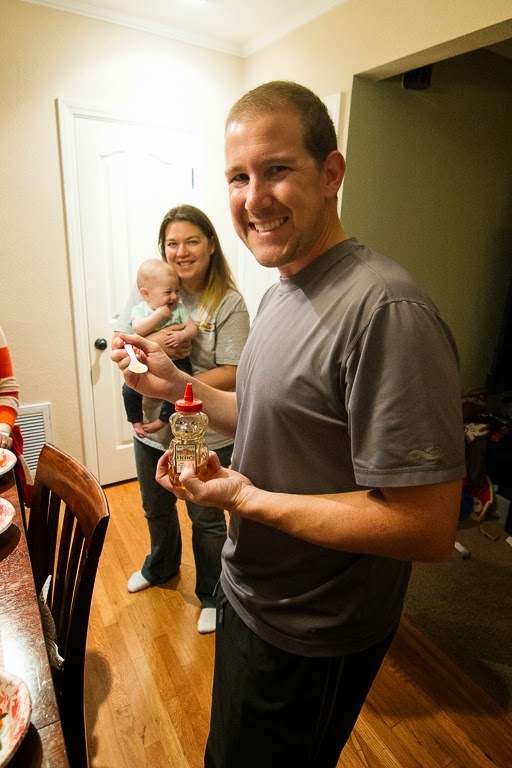 In the end, I thought it was a pretty fun thing to do, however there is one thing I'd change. Before taking the miracle berry, I'd sample all the food first, so I'd know what it tastes like normally. For certain things like cheese and ketchup, it was hard to tell if the miracle berry had an effect or not. For others, like the lemon, you knew it was doing something but not quite how much was it effecting the taste. 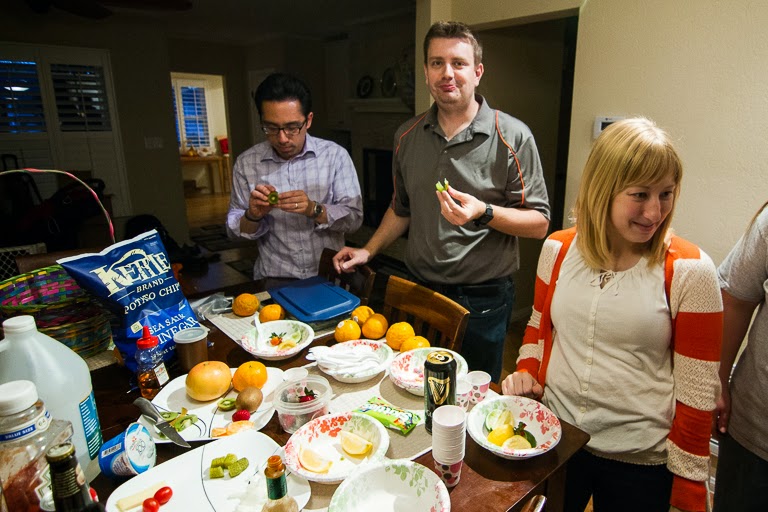