Weekend? Check. Disneyland? Of course! With Jacob? Pretty much always.

We're loving the lines this early in the morning. Can you believe I haven't been on Alice in Wonderland since they upgraded the projections? That must have been at least a year ago, but it's always a 30 minute wait. Only 5 minutes right now! Loved the projections.

Afterwards Alli was asleep, and T won't ride them, so Jacob took Ian on the teacups! 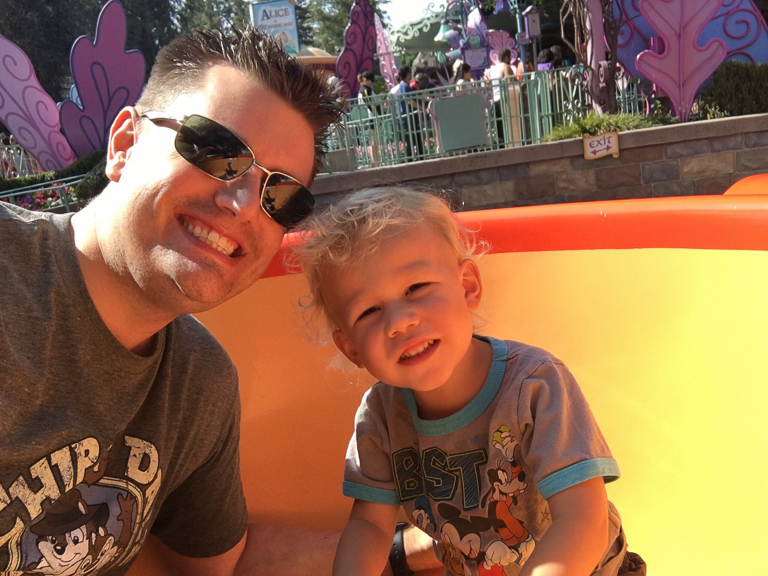 Next for the super short lines was Dumbo! There's the magic feather! 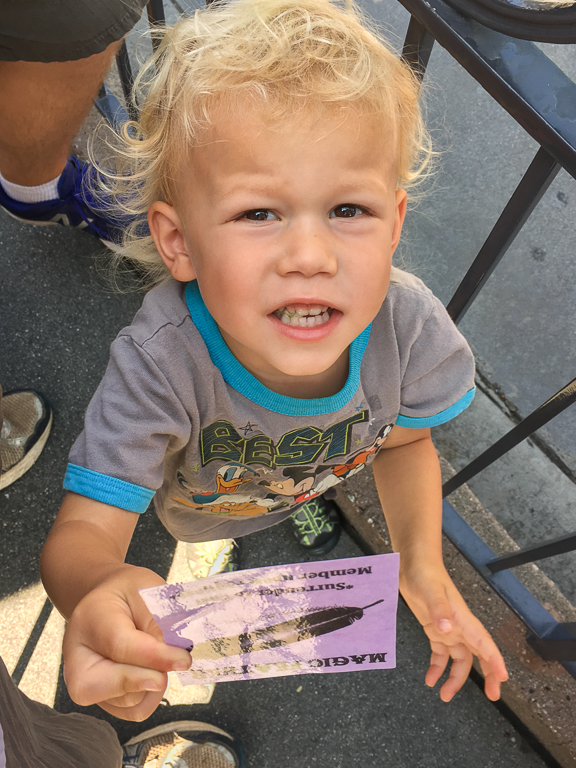 And I got Alli! First time on Dumbo. 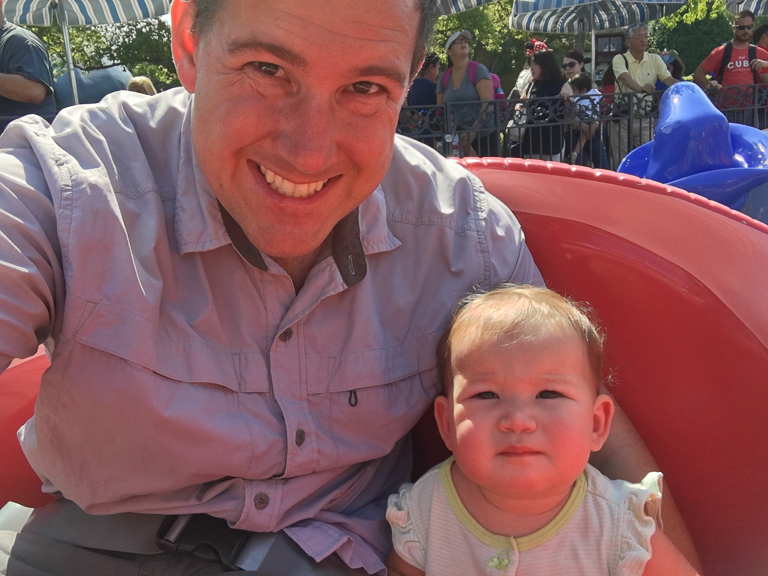 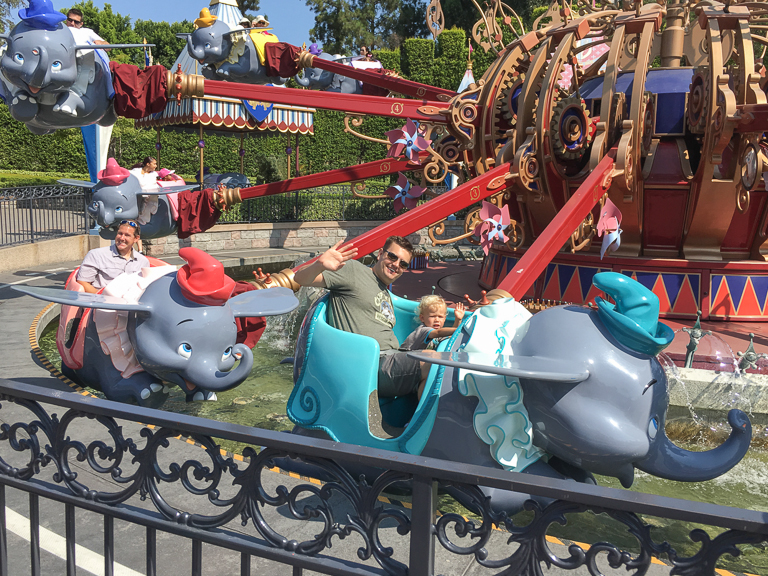 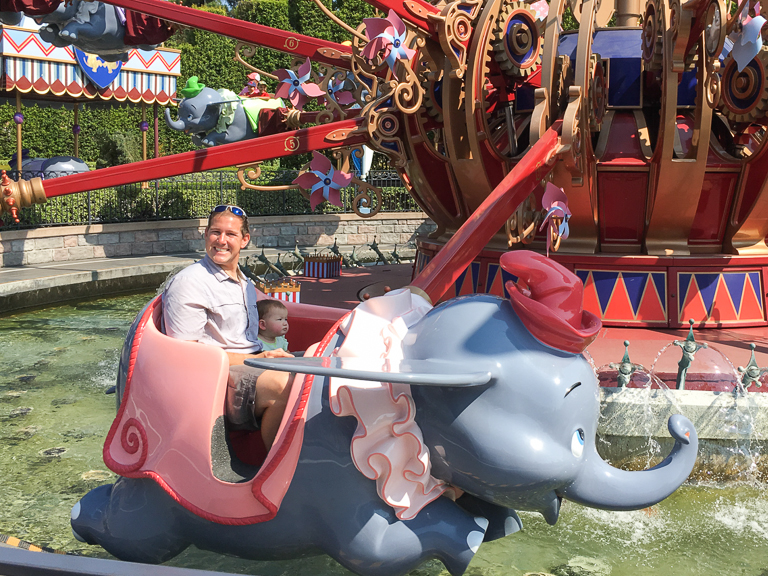 On carrousel the Pearly Band was playing "Let's Go Fly a Kite". 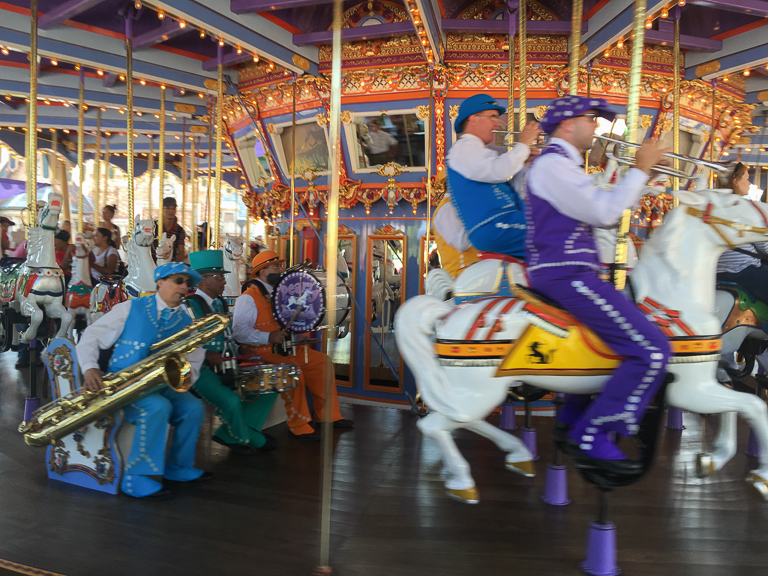 After so many attempts, finally we got to ride Jingles! Jingles has either been missing, or we just haven't been close enough to the front to get there. 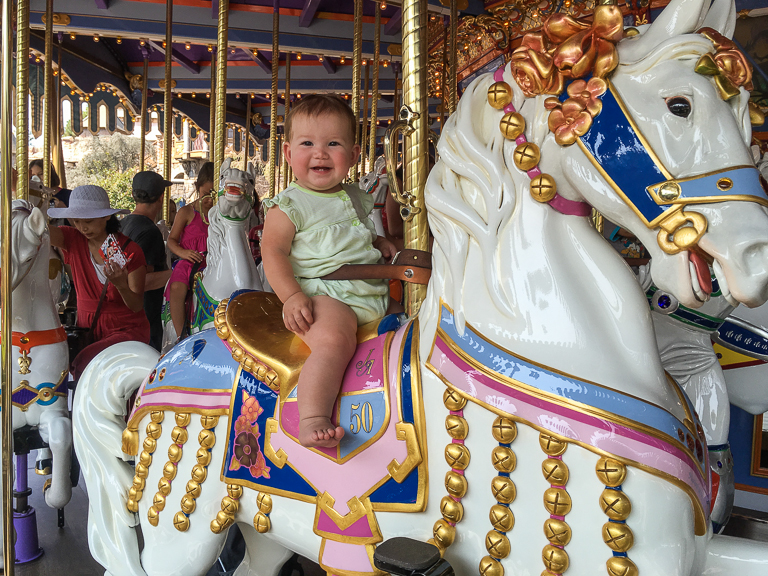 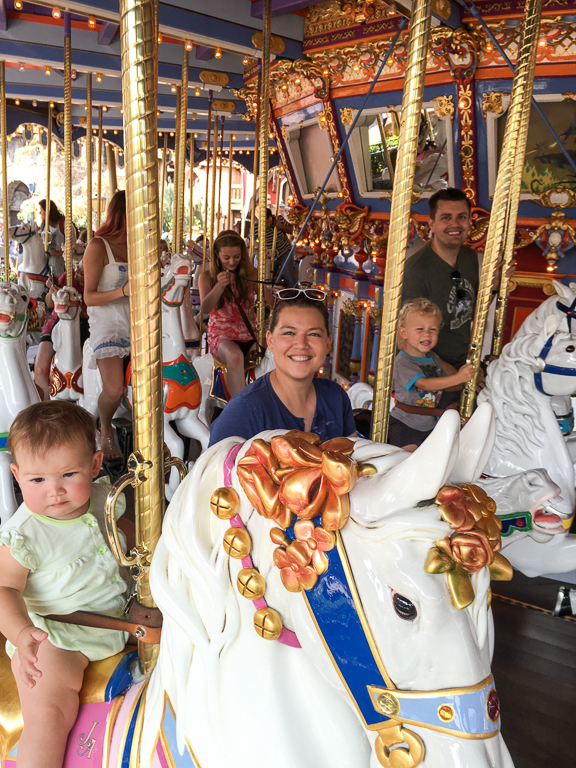 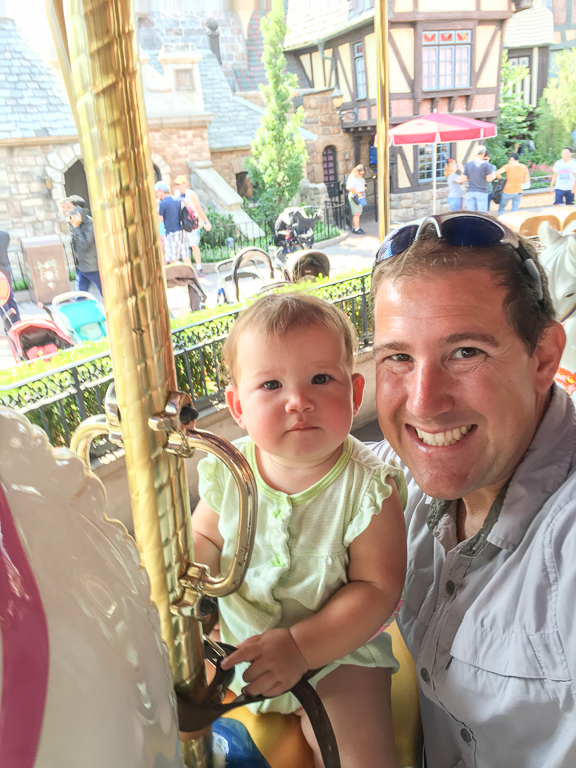 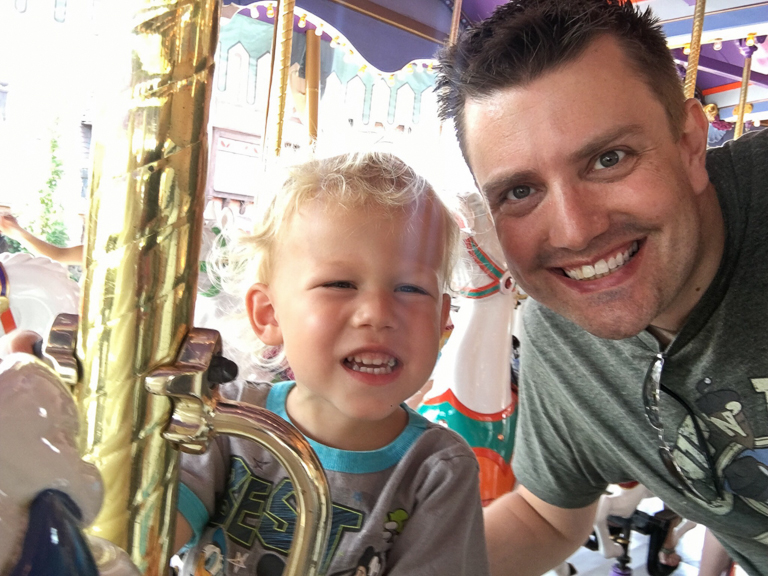 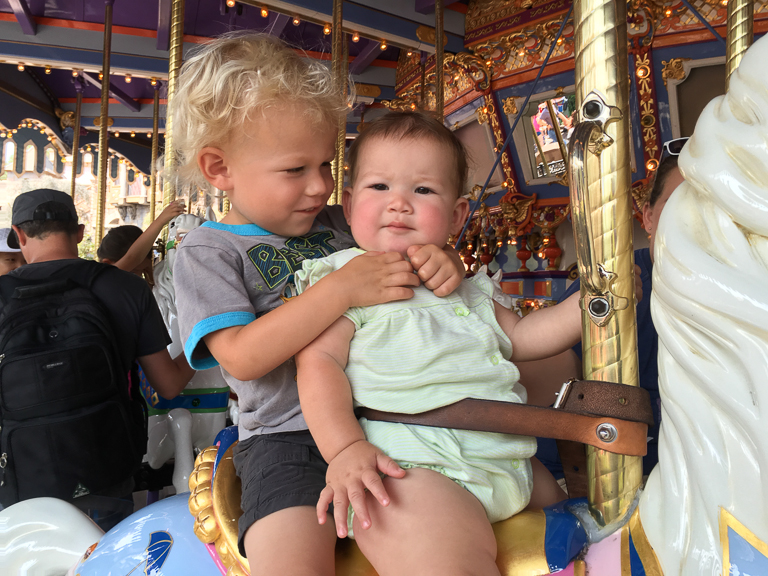 Finally the popcorn carts are open! Ian was asking about it all morning! Making good use of that refillable popcorn bucket. 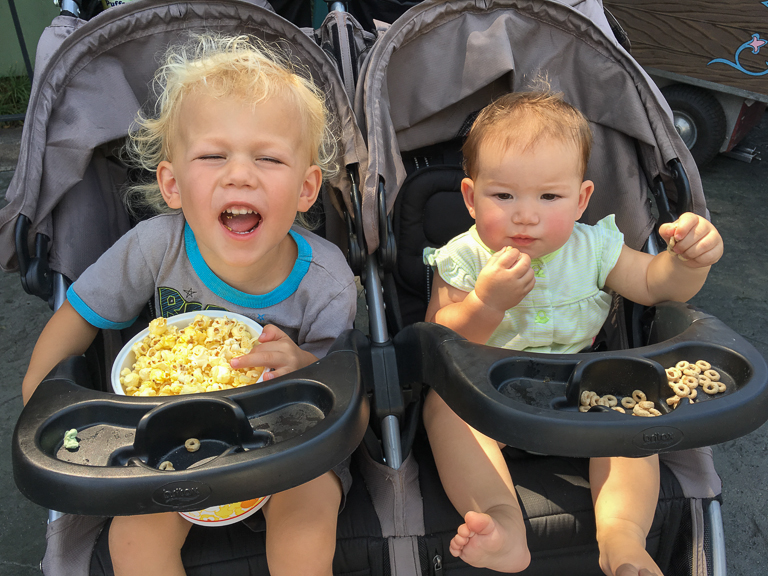 Next was it's a small world. I asked Ian to put his popcorn away until we got on the ride. About 10 minutes later, as we rounded the first bend, Ian asked, "Can I have some popcorn dada?" Someone has a good memory about things he really wants. 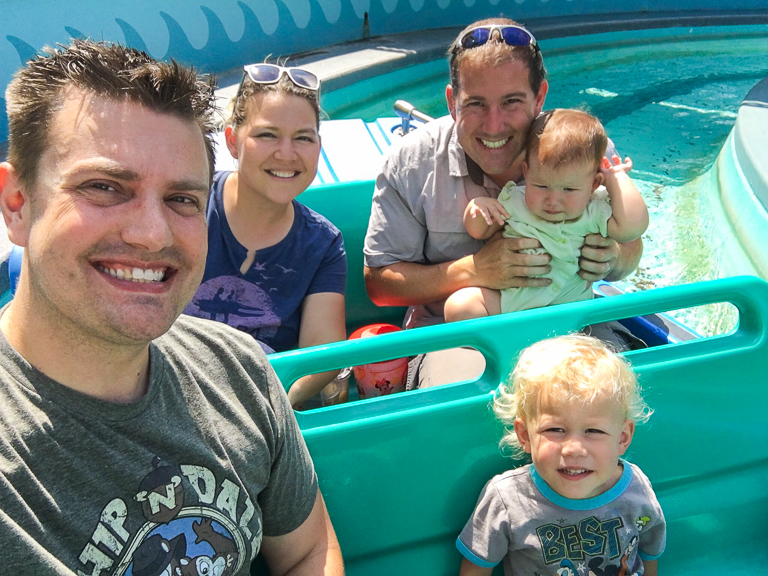 We made use of the refillable drink cup too! Today between the 3 adults and Ian, we made it through 8 frozen drinks and 3 regular soft drinks! 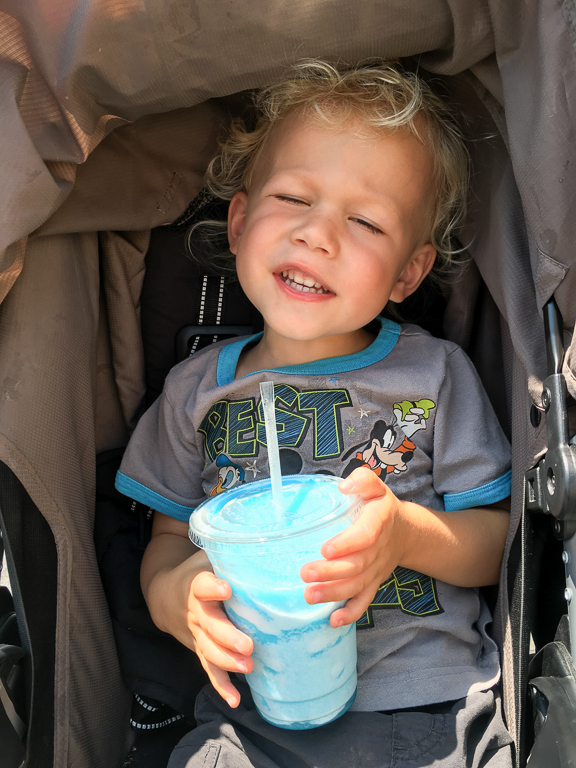 Gadget's Go-coaster was basically a walk-on. And I love that Ian loves it. 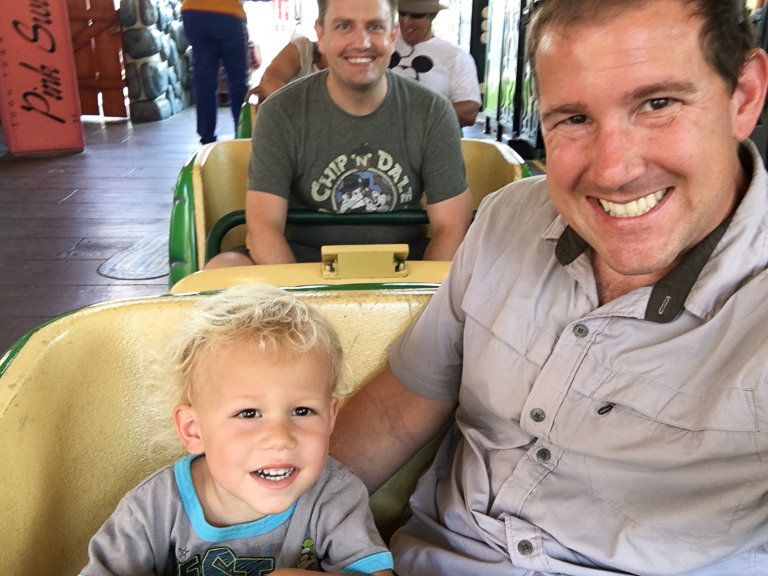 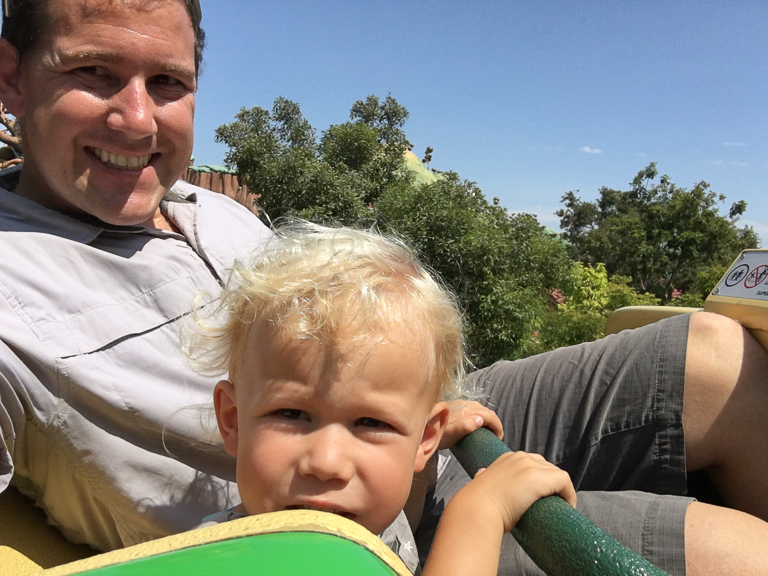 Video? Yeah, I got video. He loved it! Before we even stopped he was trying to get out to go again. 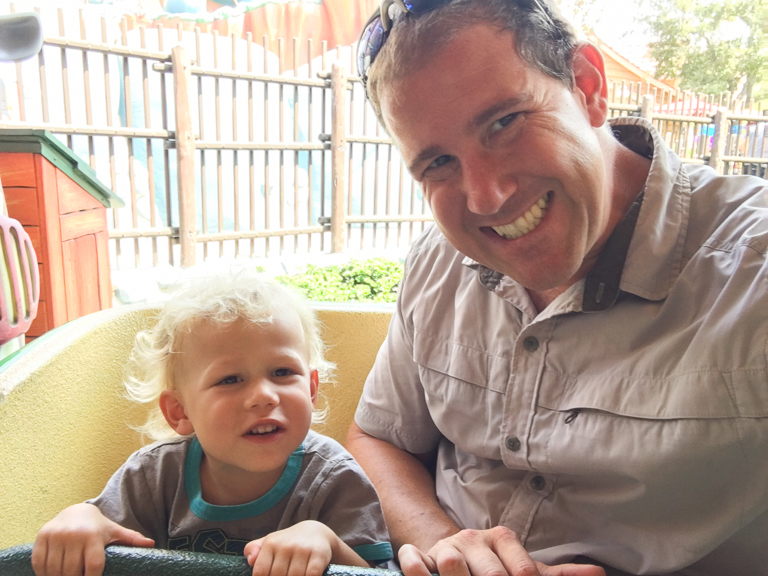 And with no-one in line, we got to ride it again! 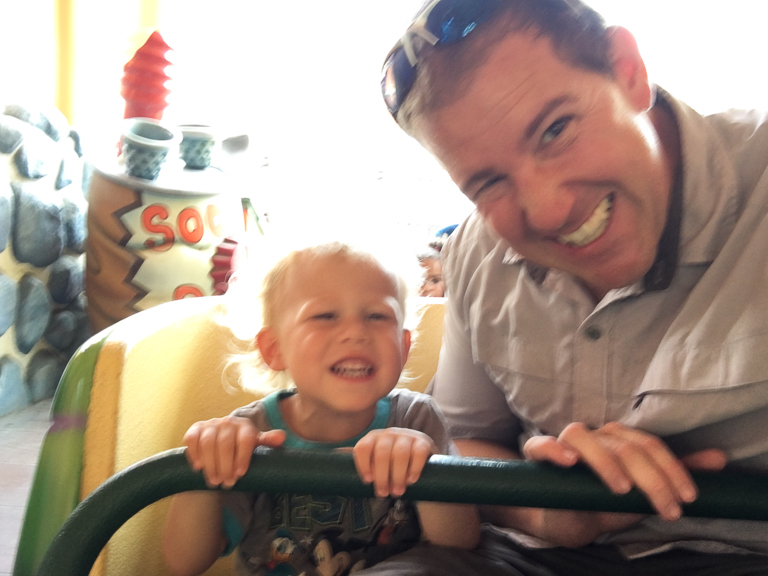 Who's hungry? We've been lots of places, but the French Market Restaurant is a place we haven't been in a while. I had a delicious plate of red beans and rice. Alli loved the kids chicken and rice plate, but most of it ended up on the ground. 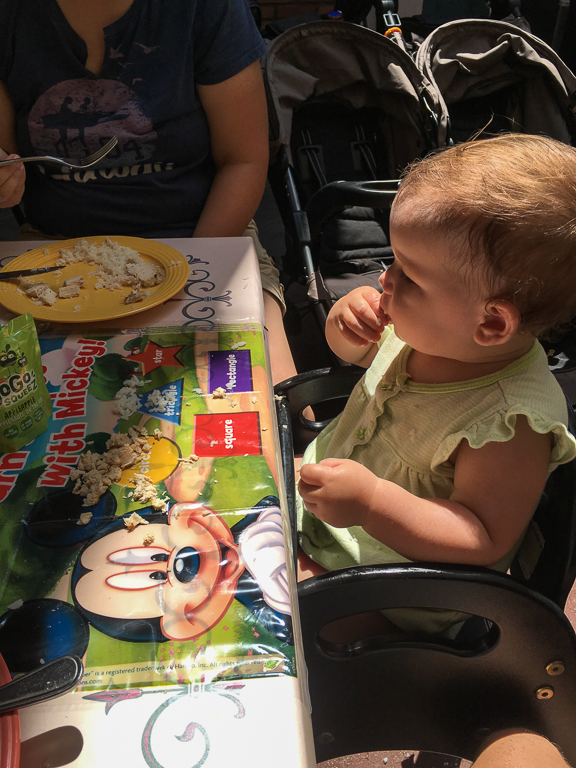 Then she got distracted by all the little birds waiting to swoop in and grab what she dropped. 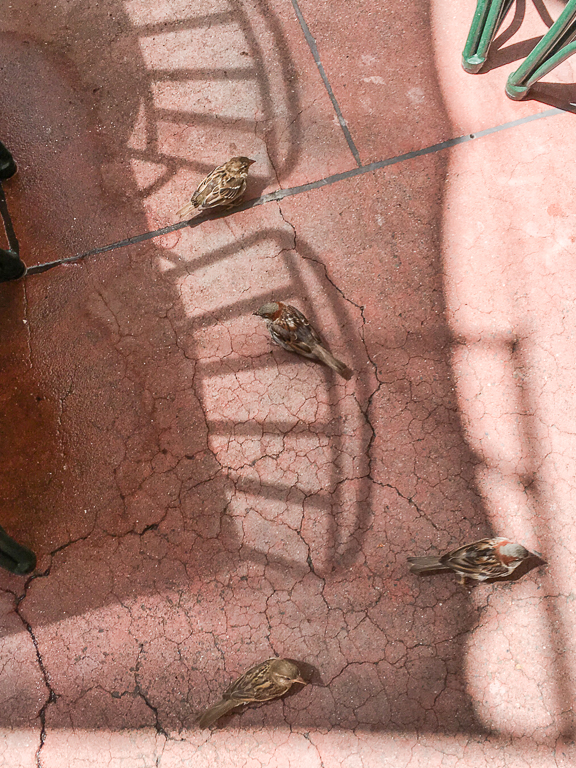 Dessert? That's close by too! 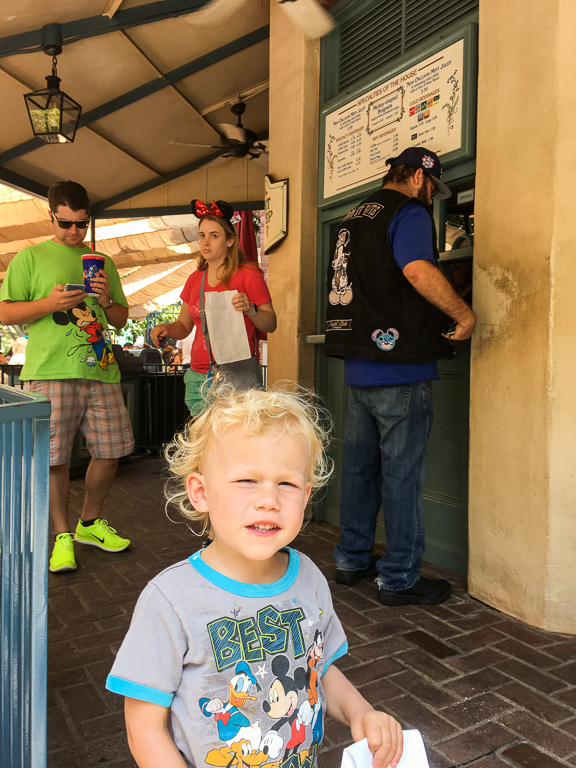 Mickey shaped beignets! Not as good as the ones we got in Louisiana, but at least they were hot and fresh. 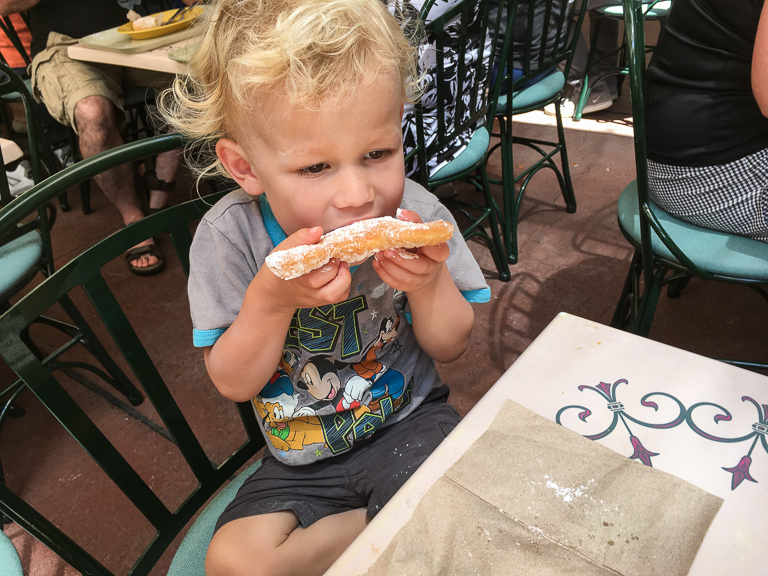 It was a really nice day at the park and the lines were really short! We walked right on the Haunted Mansion. Ian buried his head in Theresa again, but afterwards wanted to ride it again.
Hard to imagine the longest wait of the day was Winnie the Pooh! Probably 8 minutes or so. Love it! 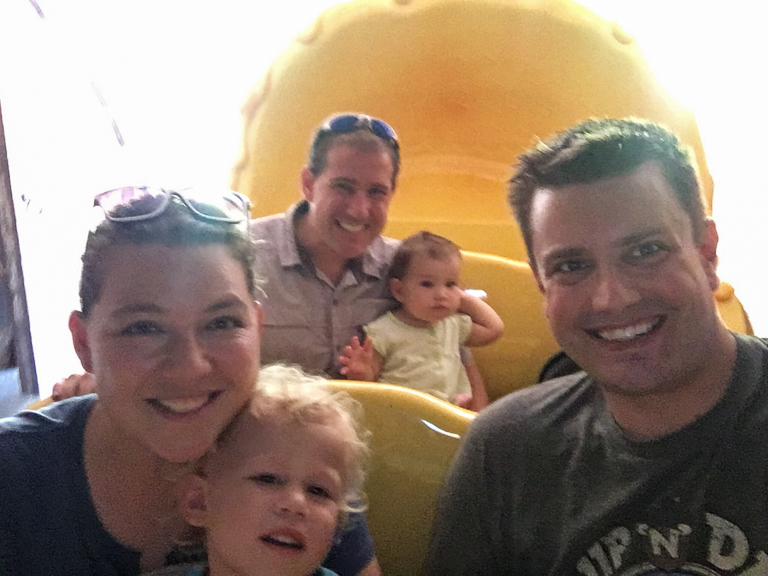 Normally they'd wait until we got to the car to fall asleep, but I guess we wore them out early. Today was a great day! 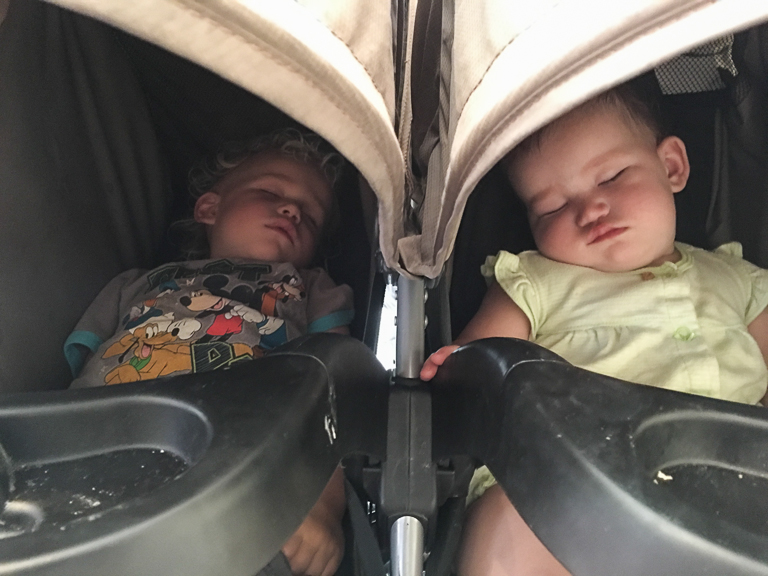