Welcome to the 11th annual Disneyland Half Marathon weekend! Before the race, you have to pick up your runner's bib and race packet. My parents are visiting for the weekend, so we grab them from the airport, grabbed the kids, and all headed to Disneyland together. 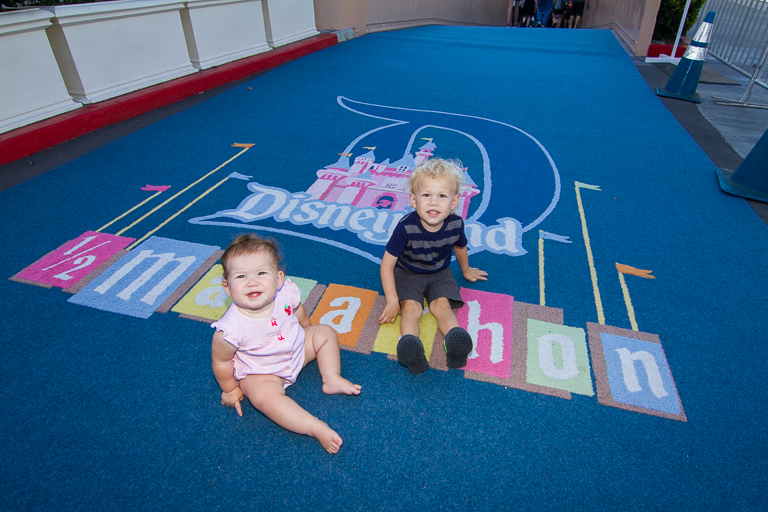 Ugh. Los Angeles traffic. Nearly 1:30 later for a drive that usually take 45 minutes, we arrived at the Mickey and Friends parking structure. There's where we're headed. The Disneyland Hotel. We can see all the tents in the distance. 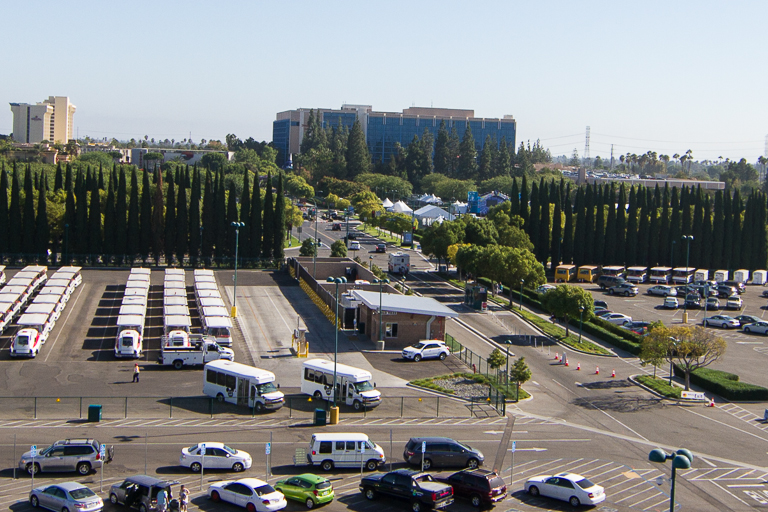 "We've got a Legacy Runner!" the cry went out as I picked up my bib. There's not an official count published this year, but it's estimated that there's about 500 people who have ran every half marathon here since 2006! 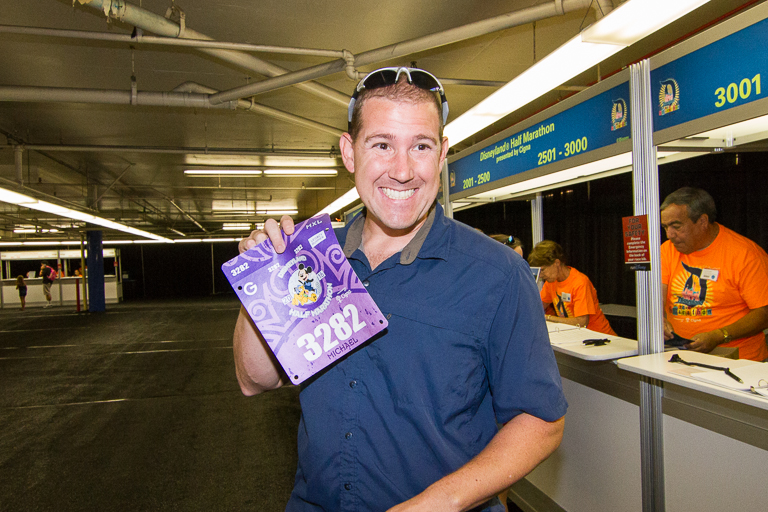 And after taking some time off, Theresa is going to give it a shot this year! 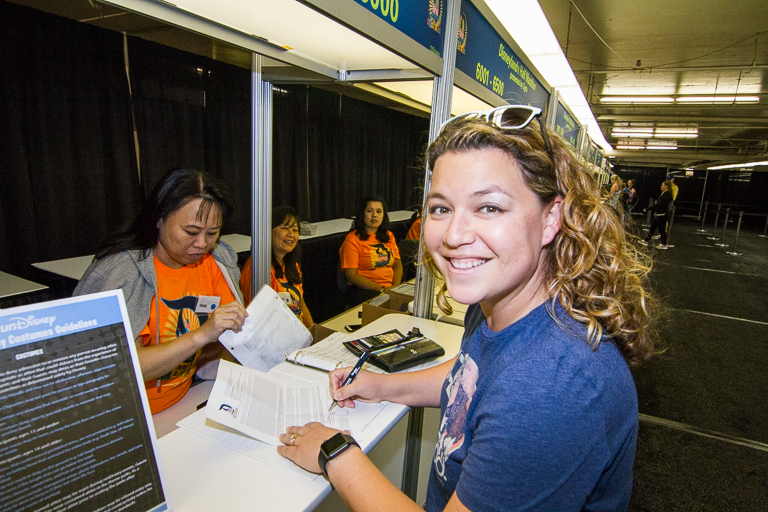 And this year, we're making it a family affair! Time for some Kids Races! Alli is wondering what Ian's got. 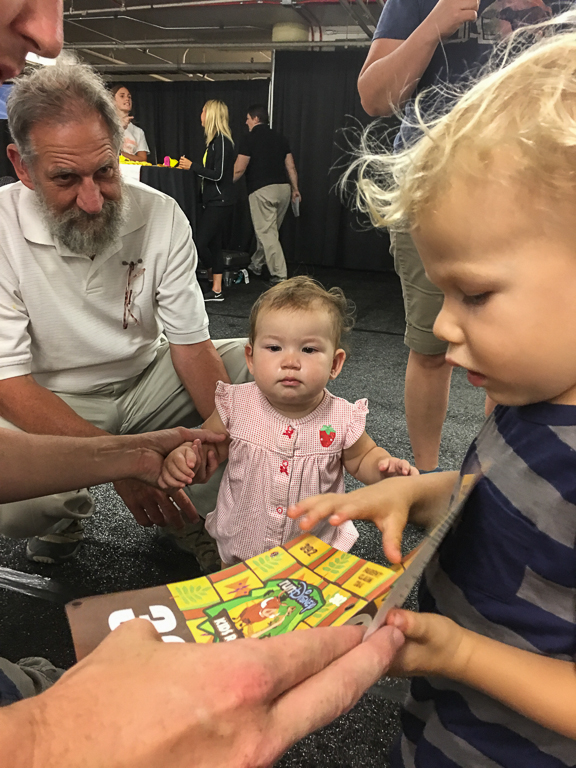 Don't worry Alli. You've got one too! 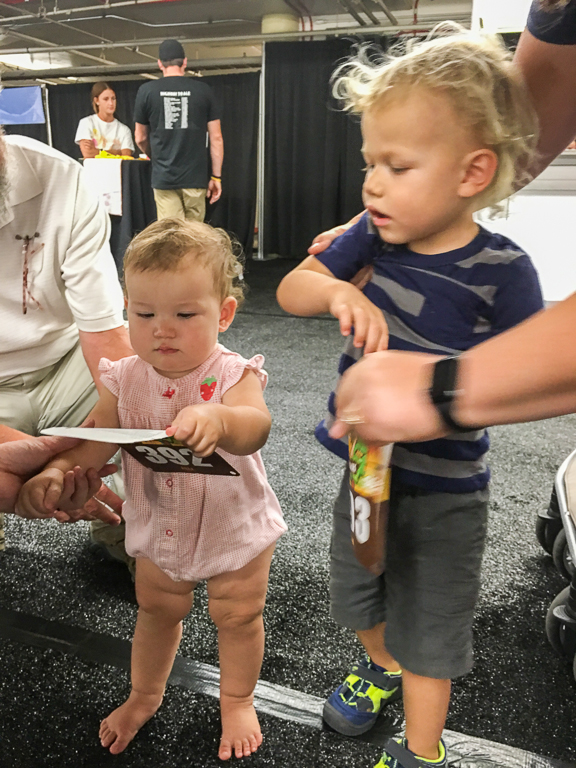 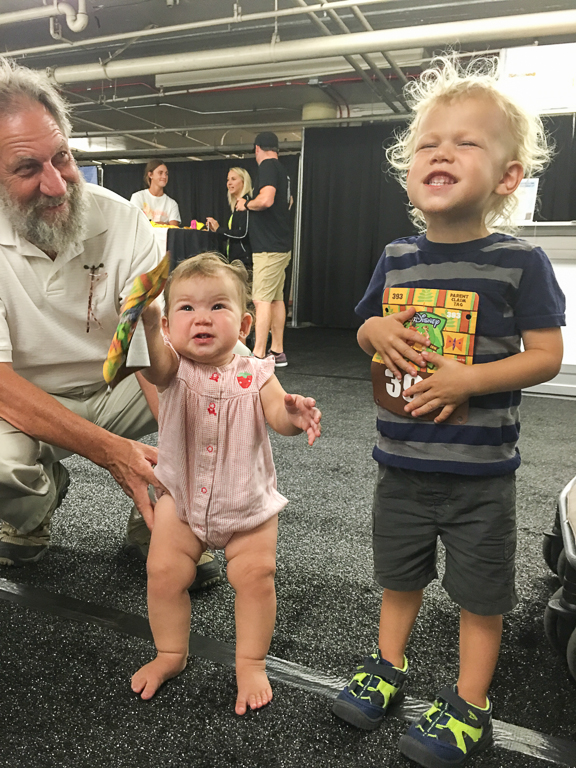 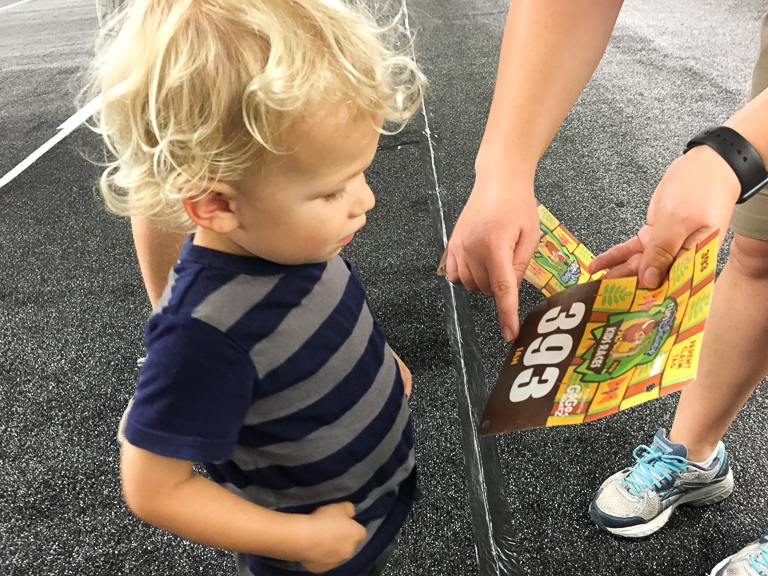 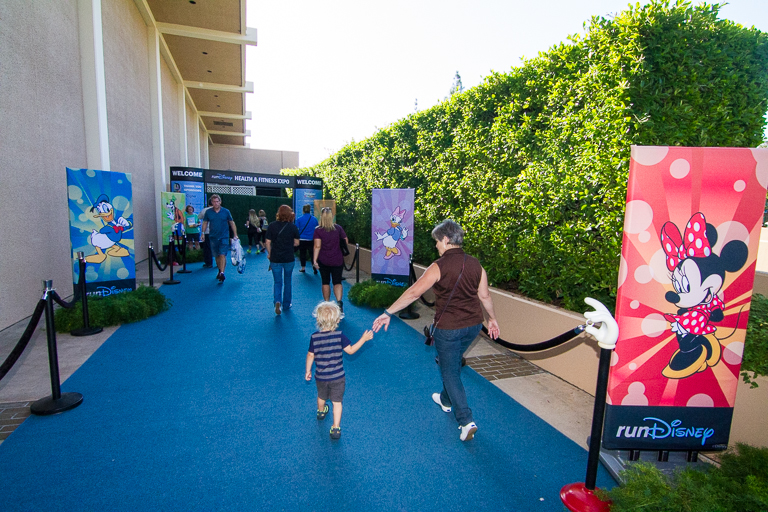 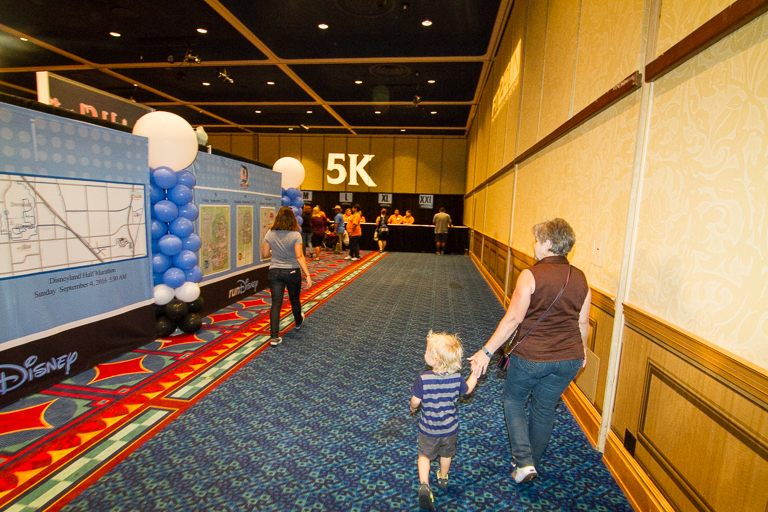 We came at 5pm on Thursday and it wasn't crowded, which was nice. 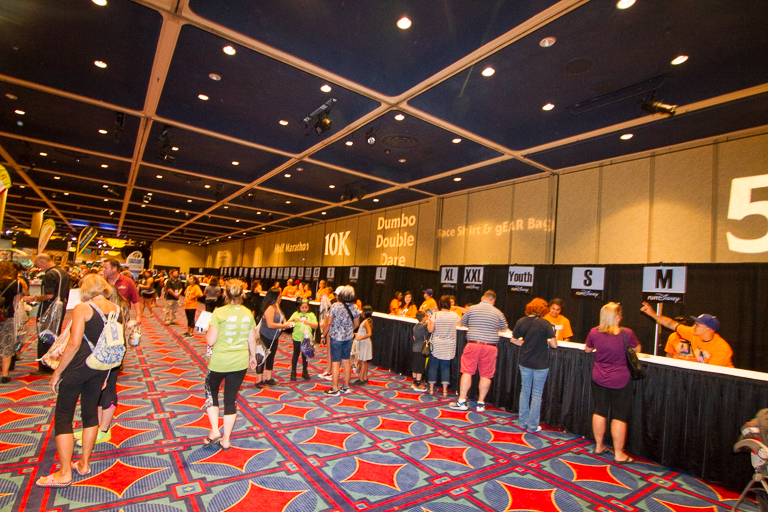 There's not a whole lot we need from the expo, but we always make sure to pick up a few Shot Bloks from the Clif tent. There's quite a line to sample all the Clif products. 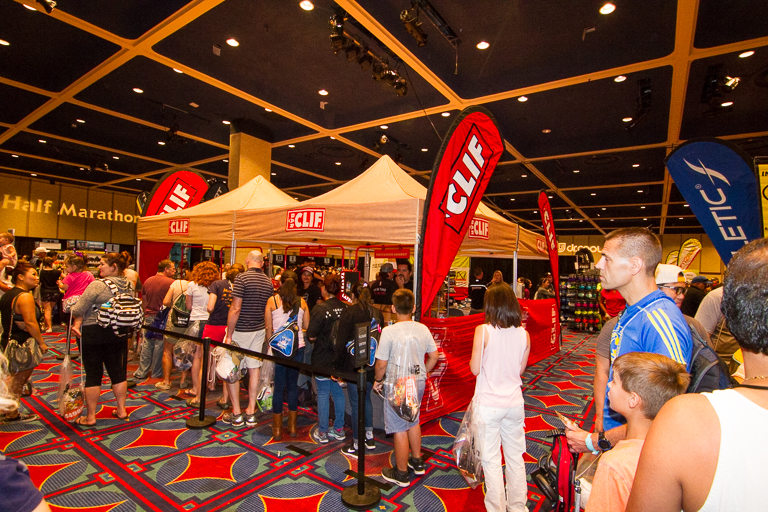 Seeing the Shot Bloks, Ian asked if they were fruit snacks. Kind of buddy. Those were his favorite. 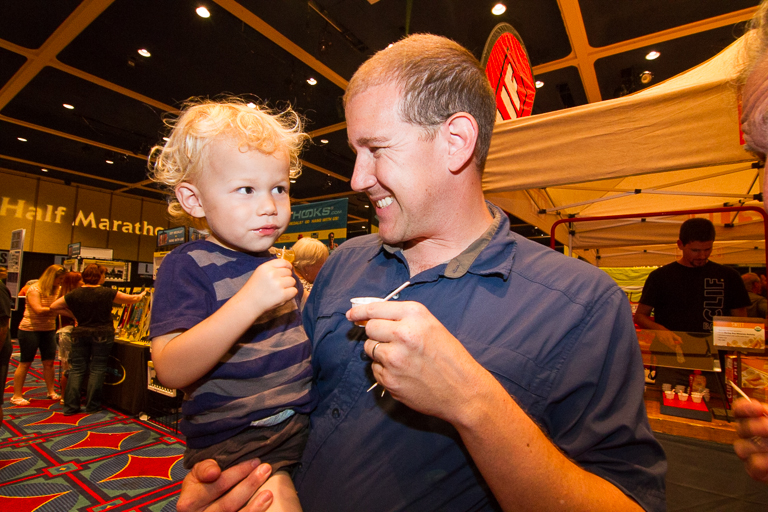 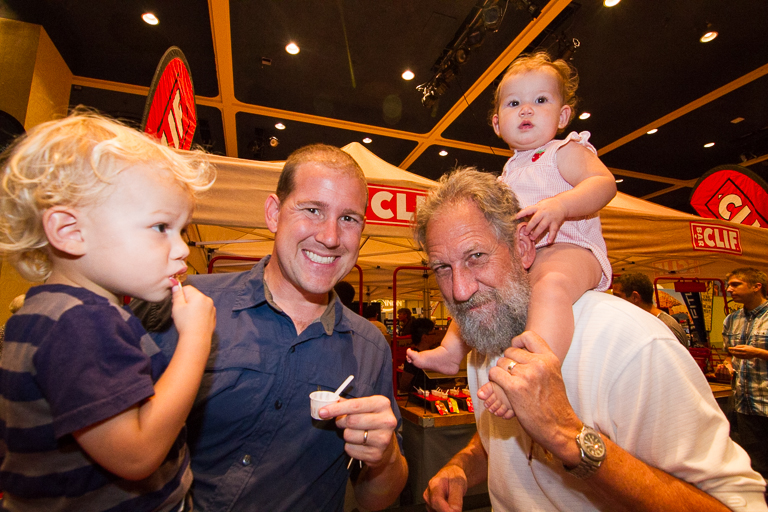 Family photo together at the Castle display. 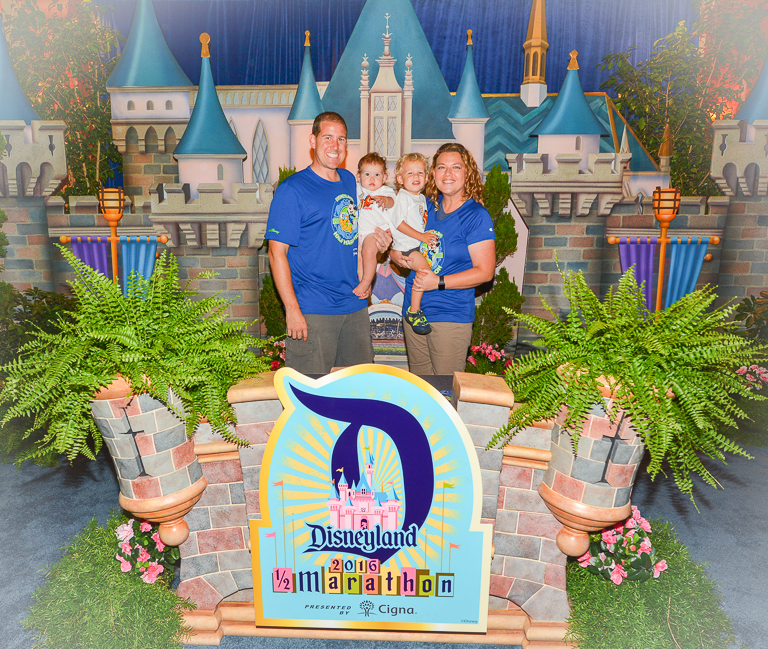 Next we saw the Walt Disney Travel Company booth. Alli certainly was happy to get luggage tag with Mickey and Minnie on it. 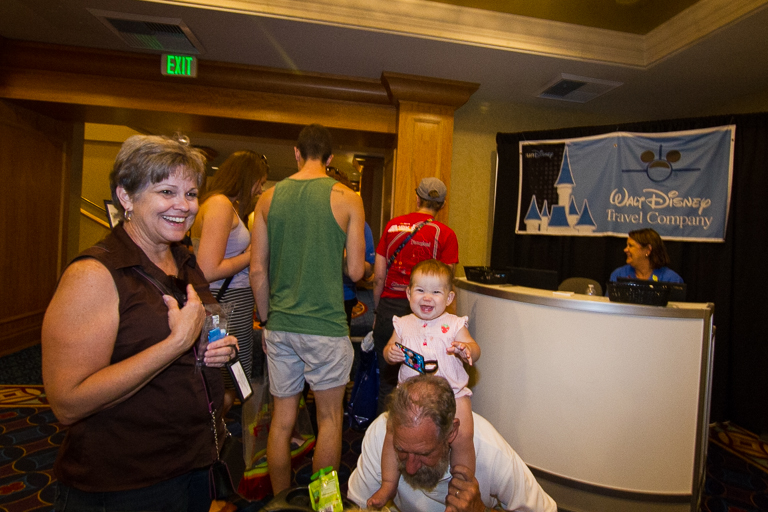 It's Craig! You may recognize him from Minnie's Moonlit Madness as one of the Clue Crew. And there's Isaac too, who made an excellent Newsie from one of the clues this past year. 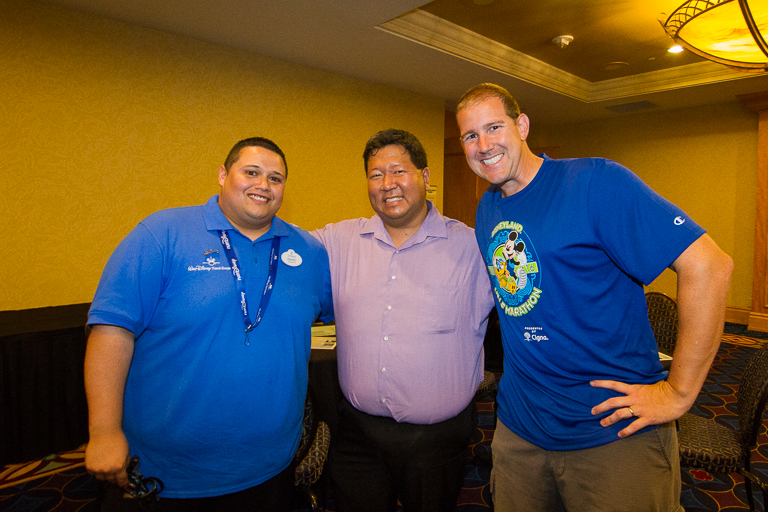 We're starting to push into dinner time, so what better stop than the Earl of Sandwich. 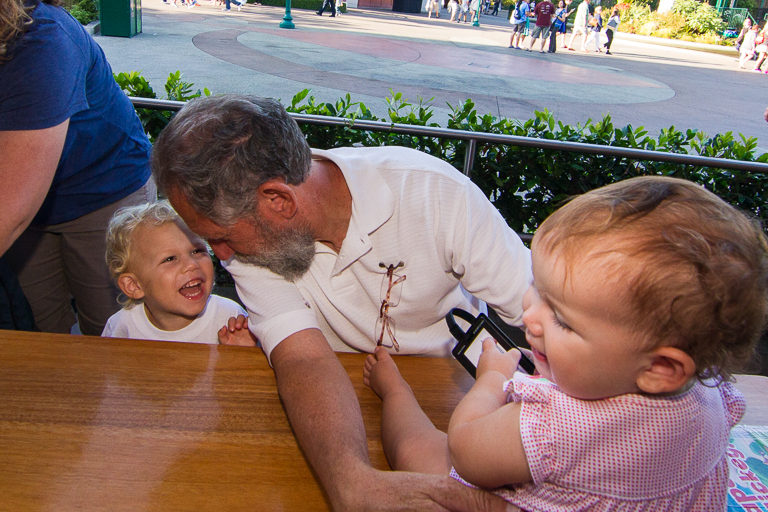 What a spread! While looking over the menu, my dad was drawn to one particular sandwich. The Holiday Turkey! Yum! It's my favorite too! 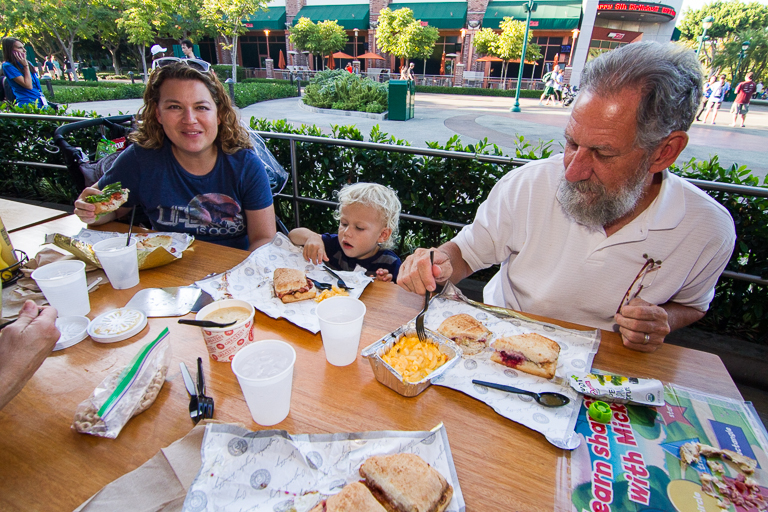 We've recently had some delicious beignets in Louisiana, and these could have rivaled those. They were super hot and covered in powdered sugar. 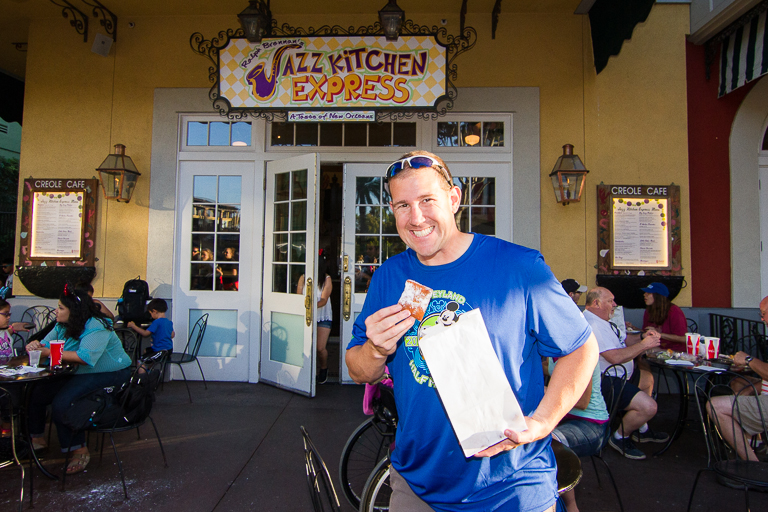 Still smiling, even though she didn't get any. 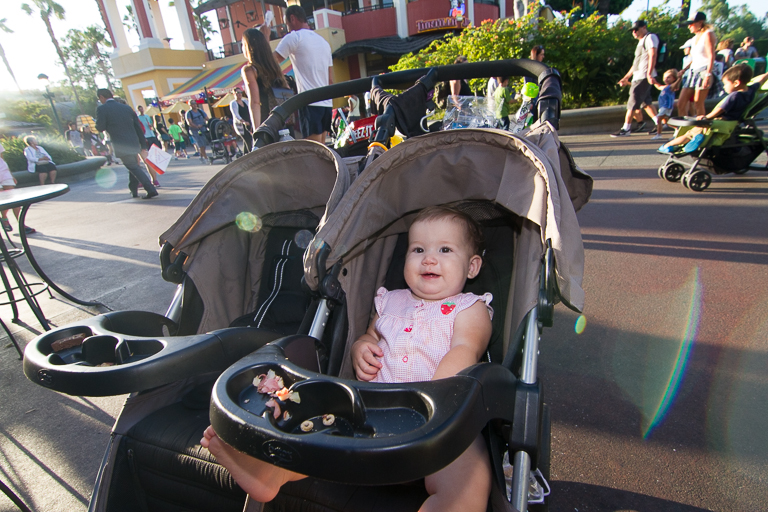 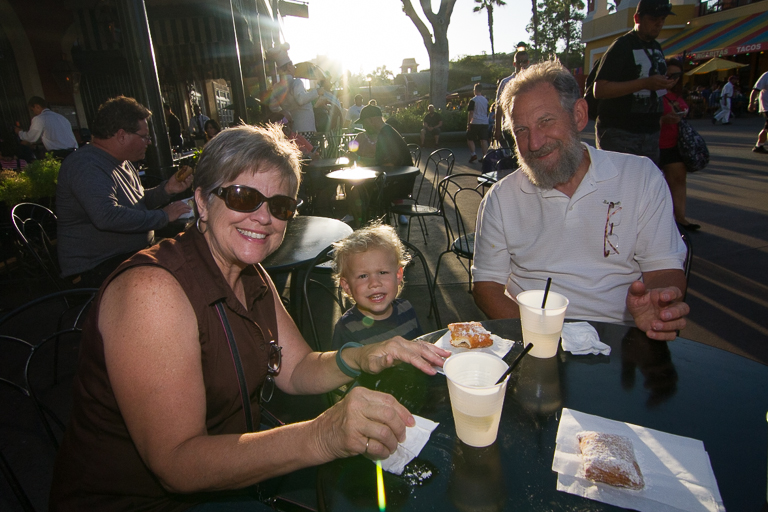 Well it promises to be a fun weekend! Race for the kids and races for the parents. Let's see what happens!
Posted by Joe at 9:00 PM