It's Labor Day weekend which means it must be time for the Disneyland Half Marathon! Yay! 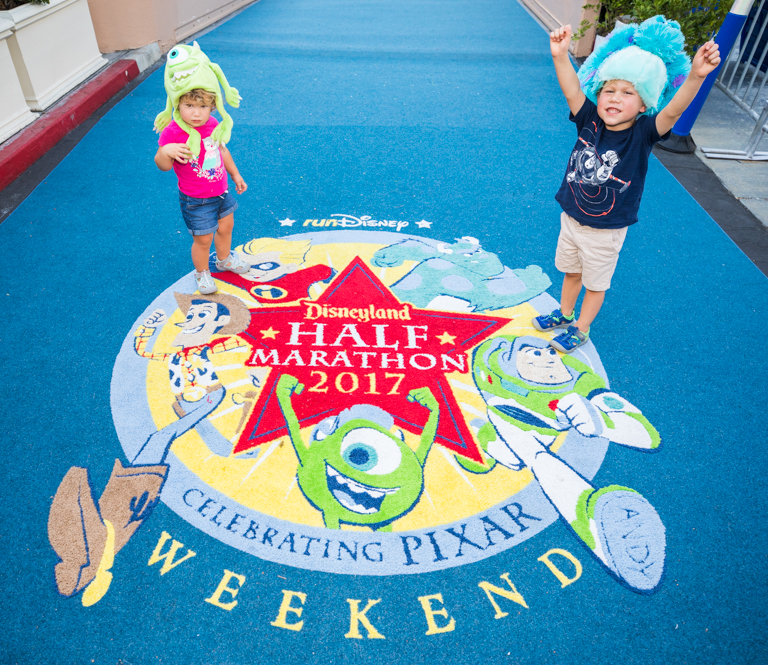 After having such a fun time running last year, I was quick to sign up the kids when registration opened in December of 2016. You certainly have to plan ahead for these races. 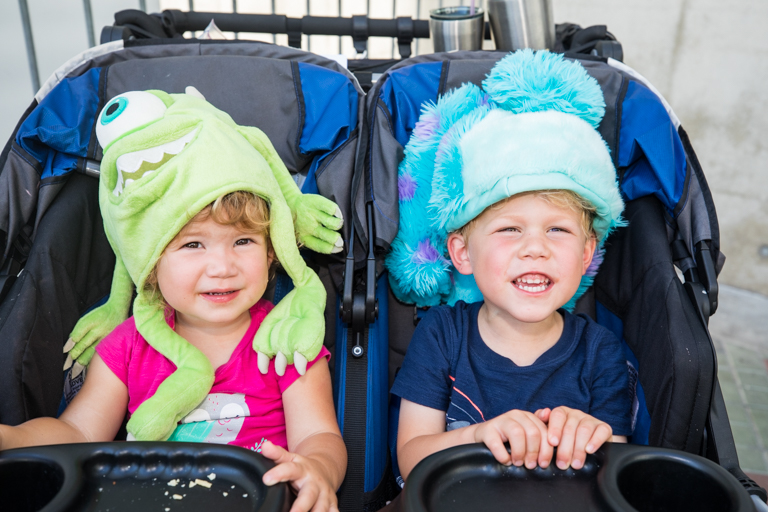 The freeways were crazy of course, being a Friday right before a holiday. Leaving the house at 2:45pm didn't even help. Everyone was already on the roads by then. Around 4:15pm we were parked  in the Mickey and Friends structure and walked over to the packet pickup. 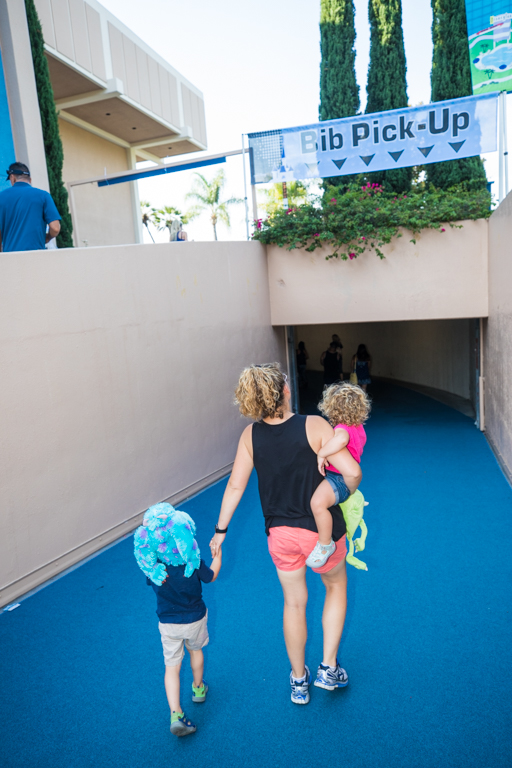 Now these are the kind of crowds I like. At 4:45pm on the Friday before the race, there were zero lines. 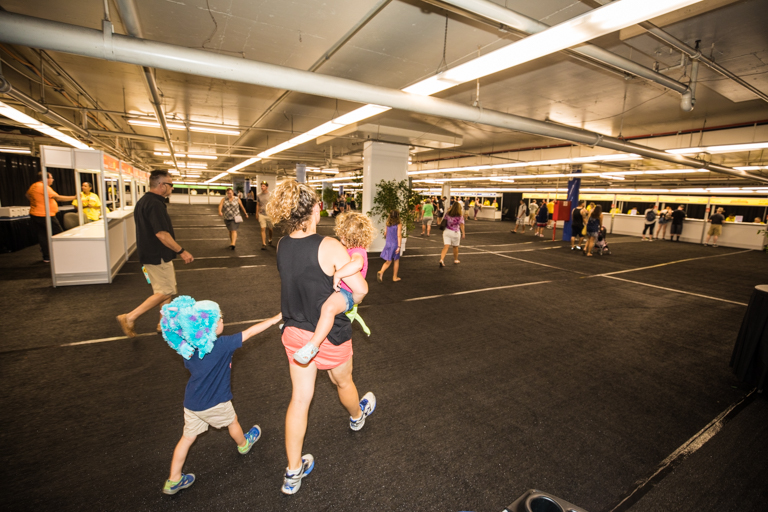 The kids were excited to get their race packet and shirts. We'll get those out tomorrow. 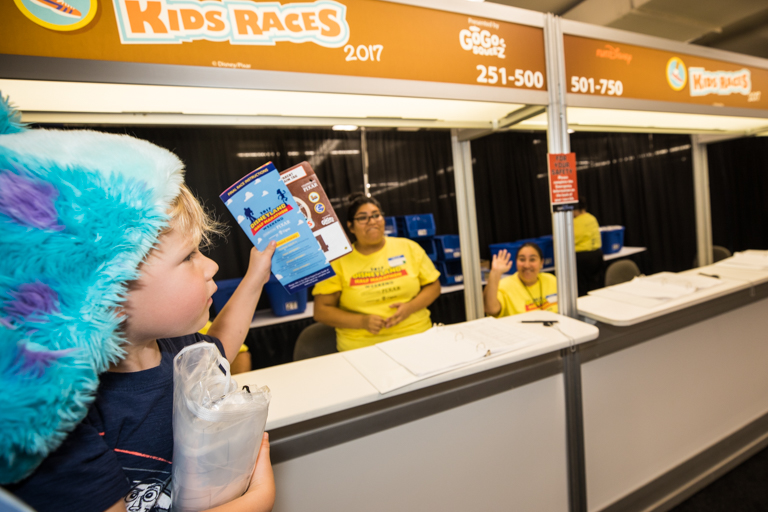 I've been running this race ever since they started holding it, meaning I get to have the title of Legacy Runner. This will be year number 12.
I love how we get different running bibs and when you pick up your packet they announce "Legacy Runner!" and all the volunteers around cheer.
I'll post another picture of the bib after the race. With the high cost of the race ($197 this year), cheating is becoming increasingly common. People find photos of the race bibs, print them out, and run with them. 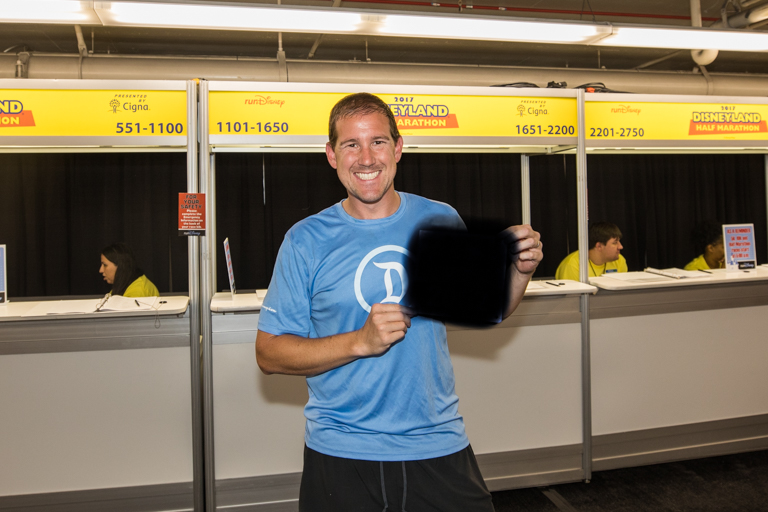 This year, Annual Passholders who are running get a special surprise. I heard earlier this morning they were giving away sweatbands too. 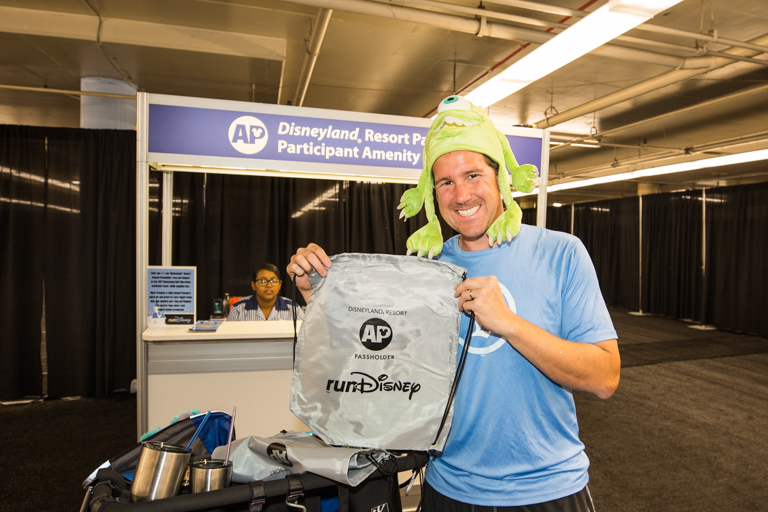 This year's theme is all about Pixar. From the movie UP, Russell and Dug host the kids races. The Incredibles are the theme of the 5K. 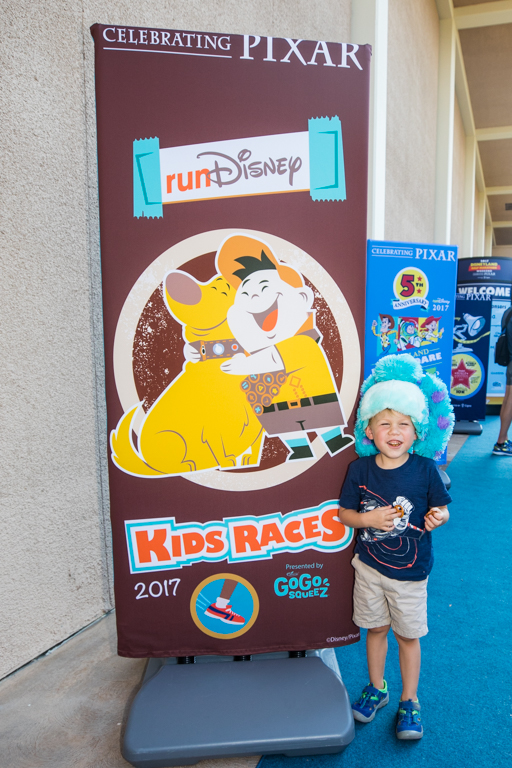 Monsters Inc for the 10K. And Toy Story for the Half Marathon. 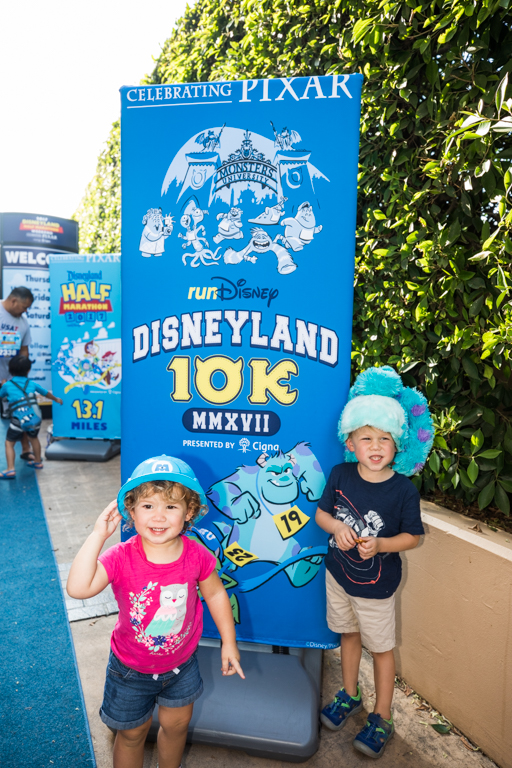 Let's go check out the expo! 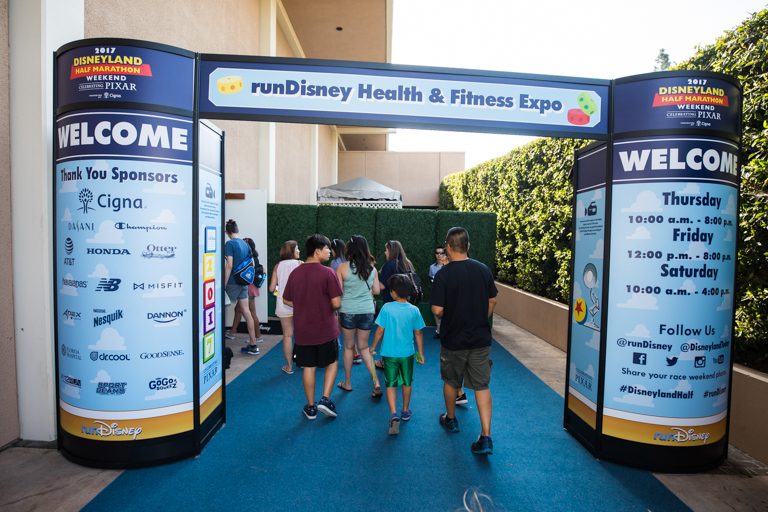 No lines to pick up the official race shirts. That's always nice. 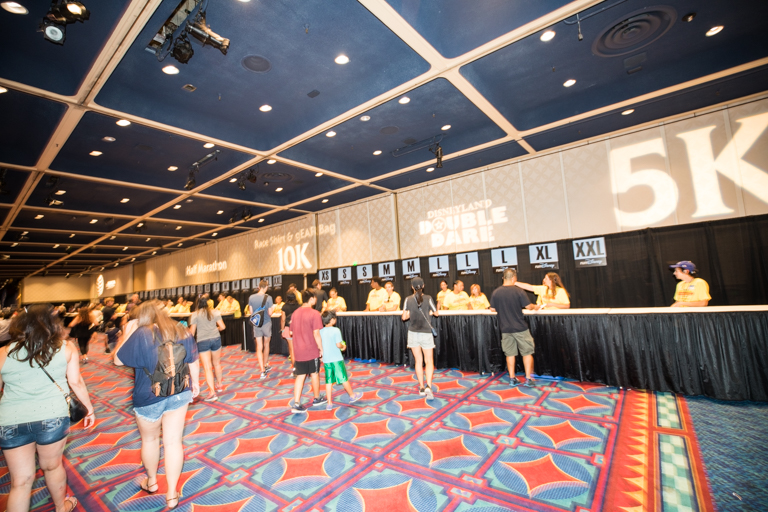 The expo floor has just about anything you could want for running. Applesauce will be tasty. 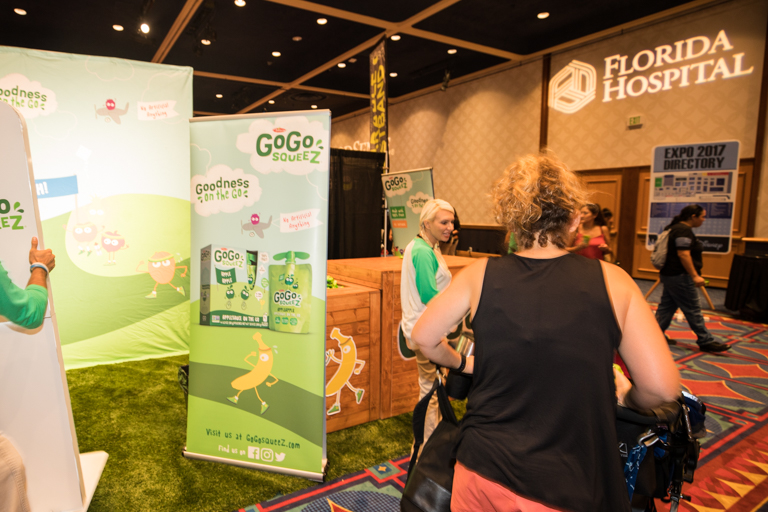 New to me this year is this kiwi booth, handing out kiwis to people passing by. The kids devoured theirs. 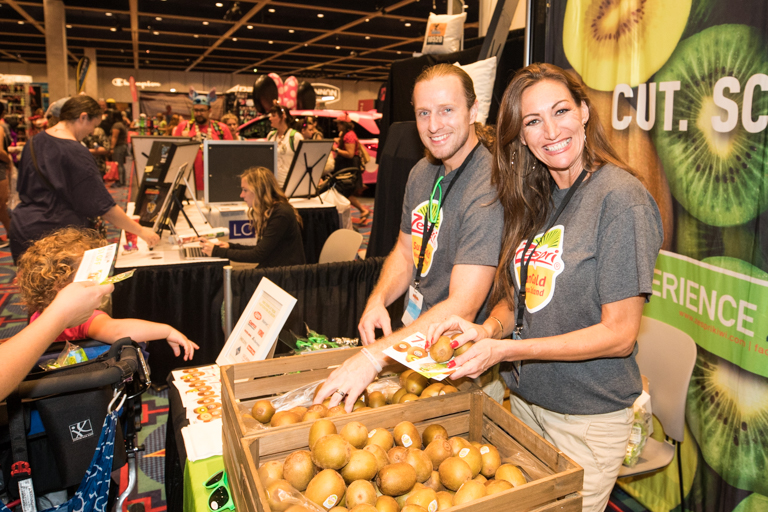 Quick photo in front of the castle. 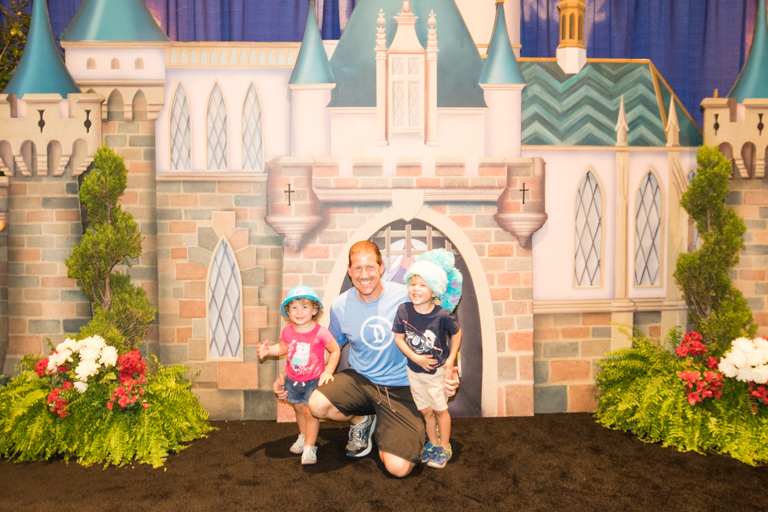 And we can't leave without doing some rides! We walked right on to Mater's Junkyard Jamboree. 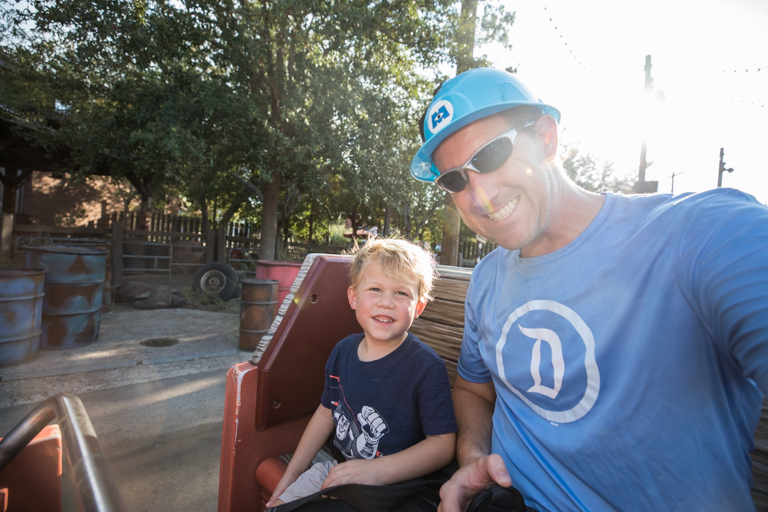 And because there was no-one in the queue, they even let us ride a second time! 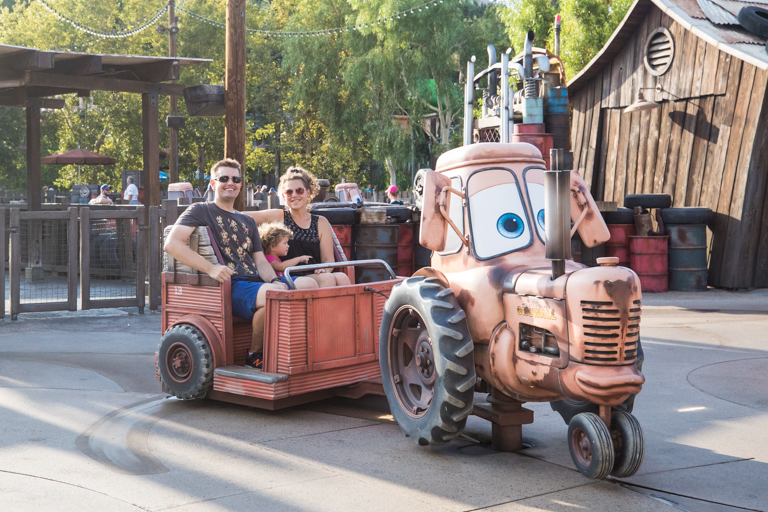 One more ride before dinner. Ian has been talking about Toy Story Midway Mania non-stop. Doesn't matter what his score is at the end, he's always happy with whatever animal prize he "wins". Today I think he won a beaver. Alli rode for the first time today not in my lap. She's still not too sure about the whole 3D thing, but still managed to fire her cannon enough to win an armadillo. 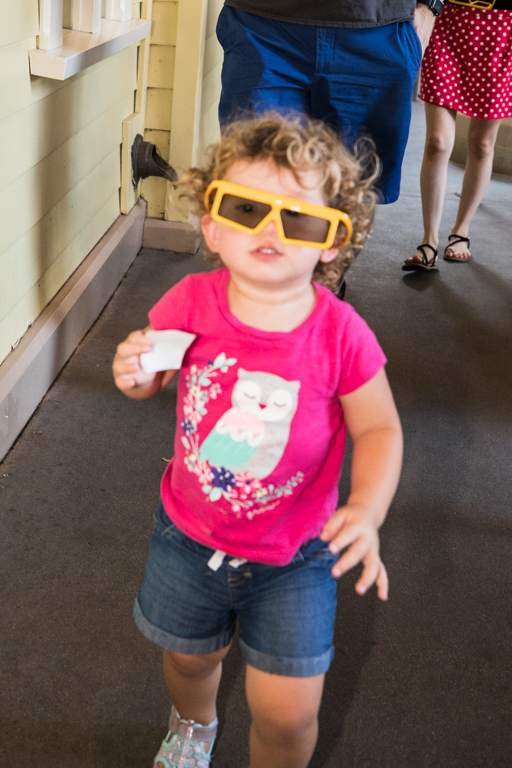 After a tasty take-out dinner of a pizzetta and mac & cheese from the Napa Rose, it was time to head home. Got to get these kids to bed. They've got a race to win tomorrow!
Posted by Joe at 10:26 PM