Goal Completed! All 12 Disney Parks around the World and in less than 12 months!

I've been behind on getting out some trip reports because we've had a couple really big trips. Really big like 2 weeks long with lots of stops. In my previous Tokyo trip report, I went into so much detail it was a bit ridiculous, and these aren't going to be any different.
Looking forward it's been daunting to start. But now it's time to get started. In the coming months, we'll dig into the details.
To commemorate the whole thing, I made a couple fun things. First, a giant picture collage. In it, we're posed in front of all the major icons from each park. I want to get this printed large and framed. 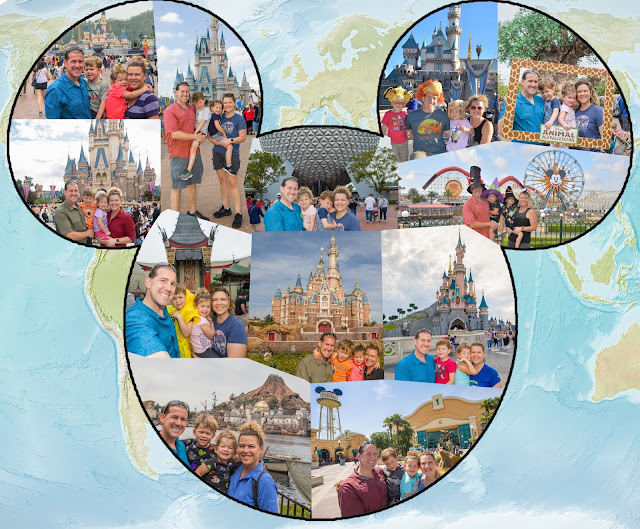 And second, I was surprised Disney didn't create something like this already. I wanted passport stamps for each park. Something simple to commemorate a visit to a park.
I couldn't find it, so I made it myself. A little bit of photoshop skill plus some tips and tricks from a good tutorial. There you go, 12 custom passport stamps, representing each Disney Park. 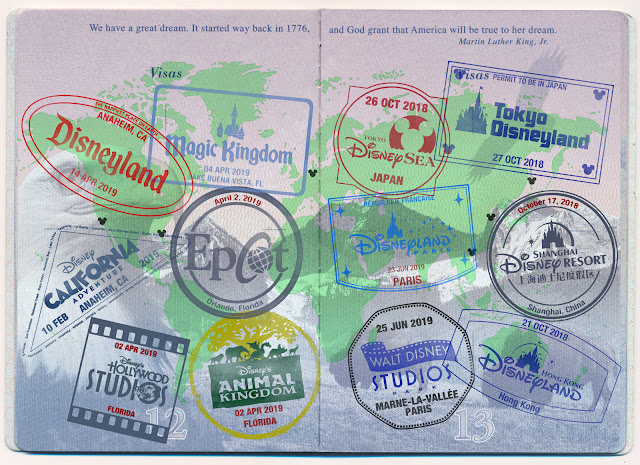 After the jump, I'll provide some of the files I used to create that passport above.

First, start with a blank passport page. The base is a standard passport page. Overlayed on it is a map of the entire globe. Each of the Disney locations is represented by a Mickey icon. 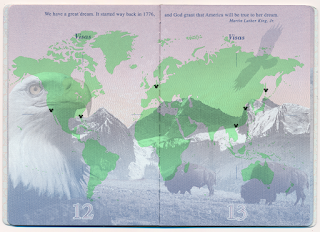 Now let's get into the passport stamps I created. All these are transparent PNG files, so you can put them on top of other photos, just like I did above.

Disneyland. The Original. I wanted this one to look like a Cast Member's classic name tag. Plus it's got the tiny tagline "The Happiest Place On Earth". 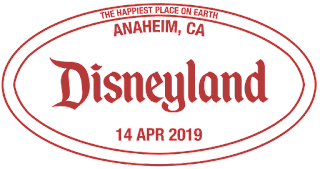 Disney California Adventure. I really like how this one came out. I took the inspiration from the screens you see at the beginning of Soarin' Over California, where all the cities you're going to visit come out of the screen at you. Taking that, I outlined the whole stamp with cities of California. I had to add a few more to get the type small enough that it's not immediately noticeable. 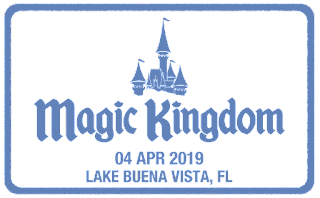 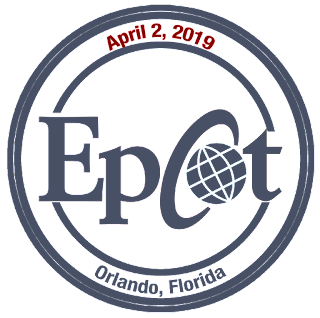 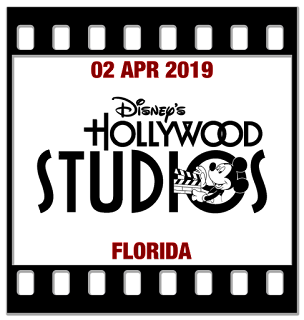 Disney's Animal Kingdom. I really liked the logo from the Animal Kingdom and the only way I could figure out how to keep the animals was to go two-toned. It's also the first use of a negative space, where the letters are the absence of color. For the ring, I took the leaves of the tree of life, squished and squashed it and then made it circular. 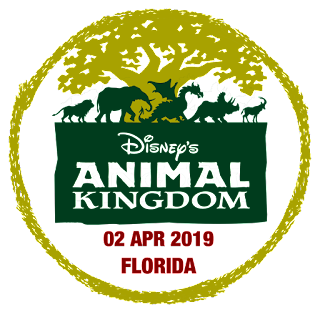 Tokyo Disneyland was very formal and proper. Just a hint of something special with the Mickey heads in the corners. 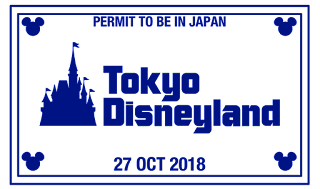 Tokyo Disney Sea. I wanted this to look similar to a porthole on a ship. 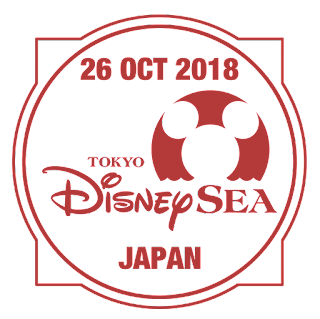 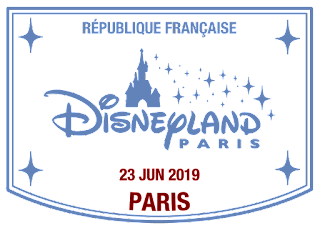 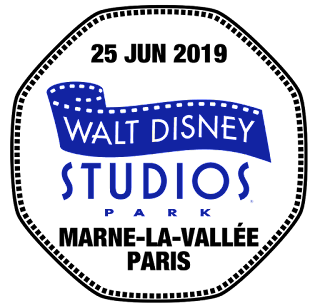 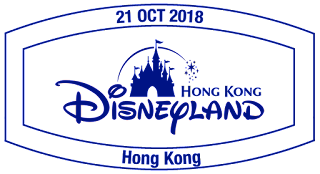 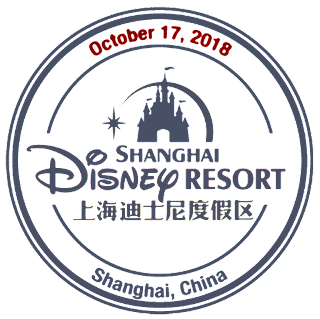