Cronuts from the Torrance Bakery

Cronut? Yes, cronut. This doughnut and croissant hybrid was created by chef Dominique Ansel for Dominique Ansel Bakery in New York City has started gaining such popularity that imitators have been popping up all over the US. One such bakery also making cronuts is the Torrance Bakery and that's where Theresa and family went on Saturday morning. 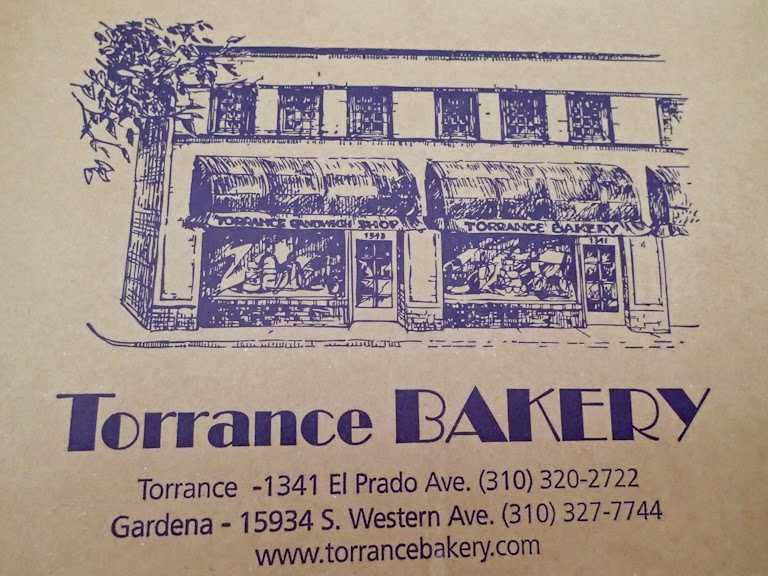 They came back with quite a variety of treats, and not just cronuts. Cronuts are definitely not cheap though. The regular cinnamon sugar was $2.50, the filled cronut was $4, and the premium caramel cronut on the top right cost $6! That's as much as a dozen donuts! This thing better be amazing. 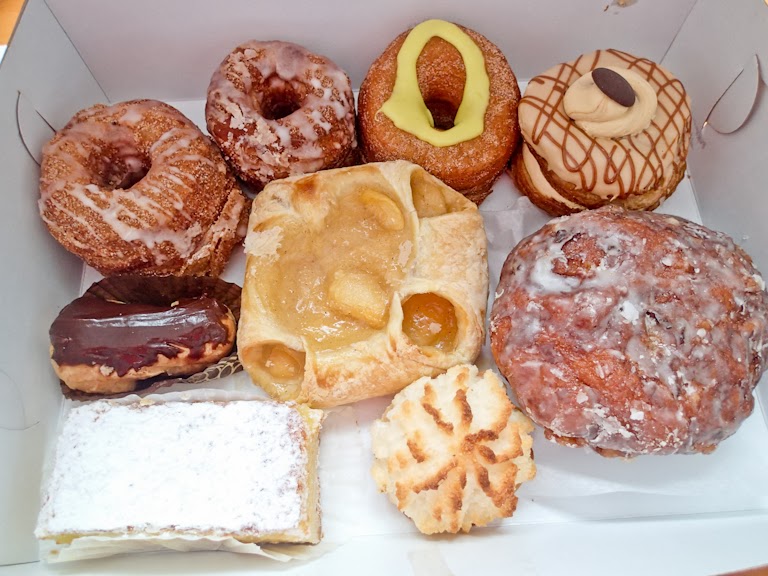 So back to the cronut. It's not just croissant dough that's deep fried, but it's pretty similar. 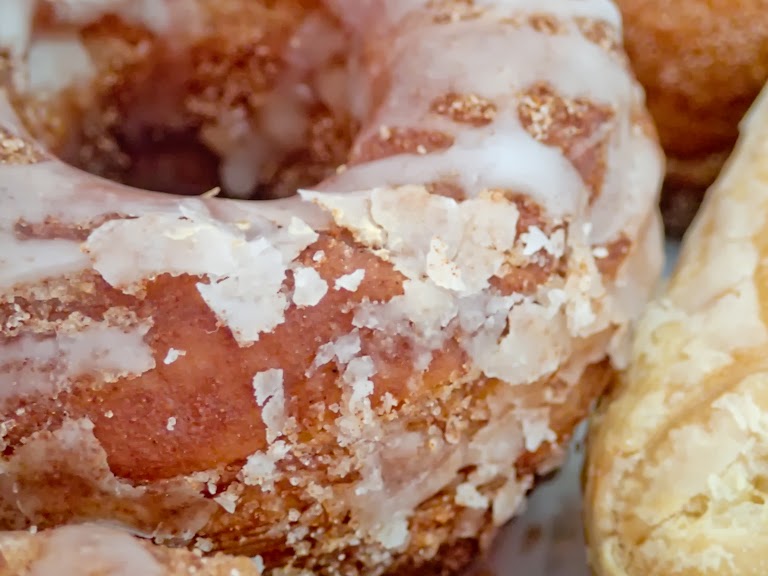 Definitely not your ordinary donut.. 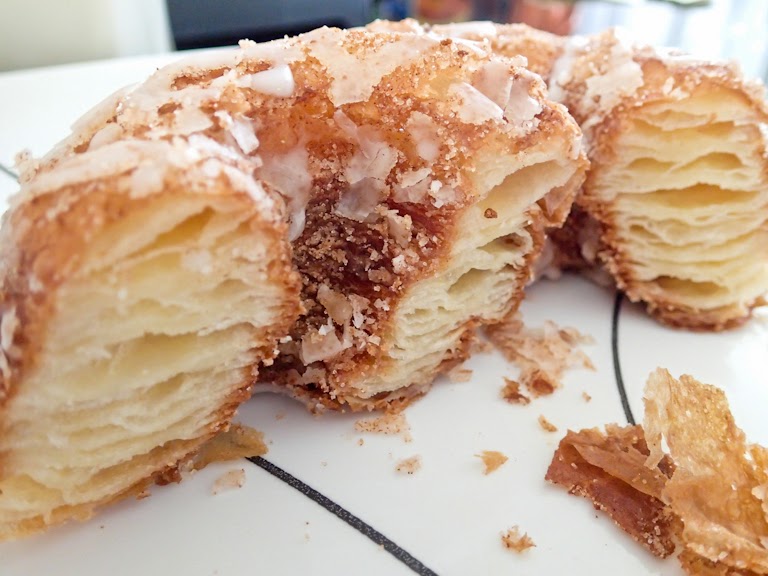 The inside of a filled cronut. It looked like it was cut in half and filled with caramel creme. 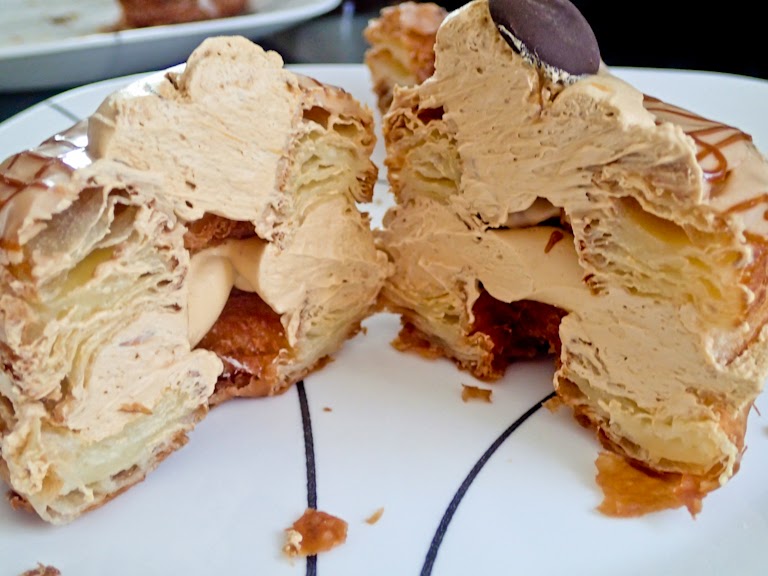 It was awesome having a variety box and being able to try a little of each type. T picked some good things. The cinnamon sugar cronut was nothing special. The filled cronuts were really tasty though I think the $4 creme filled cronut was my favorite, with the $6 caramel one just being too sweet (that's a crazy thought huh). They were tasty, but being 4x the cost of a  regular donut they're definitely just an occasional treat. 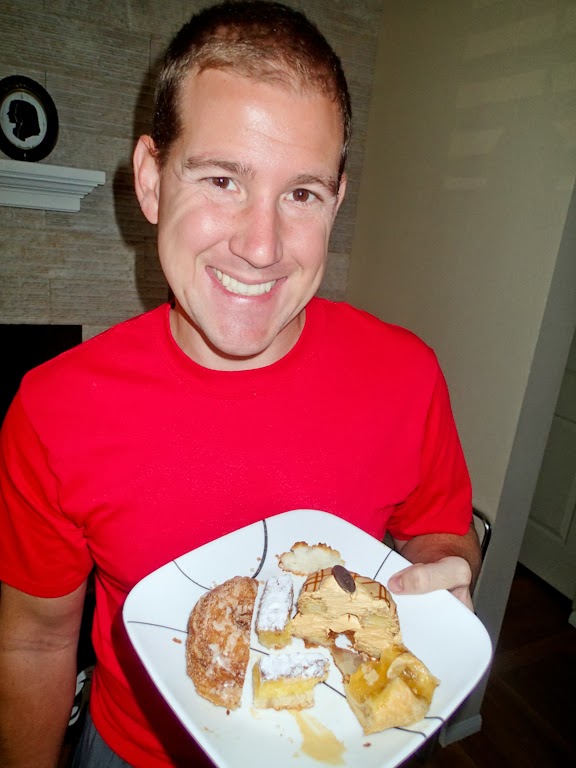