Theresa's been wanting homemade waffles for the longest time now. Finally on Sunday morning the whole family ended up in the kitchen to make them. 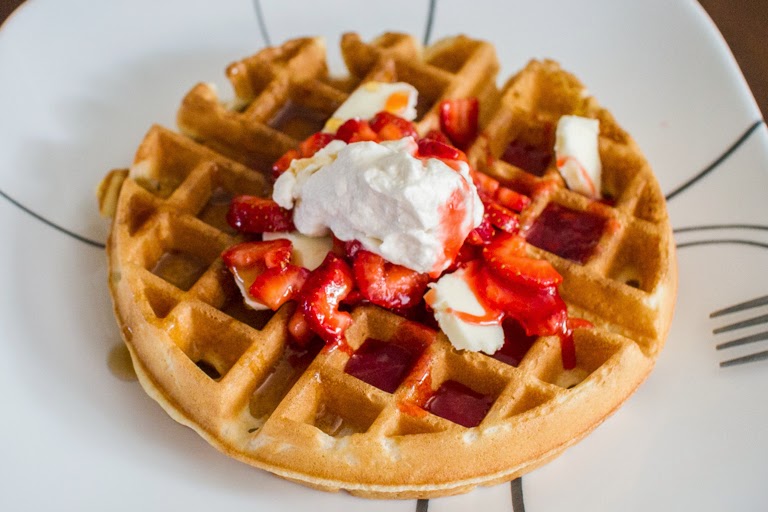 While T and I were getting the food prepped, Ian started in his walker, going all around the kitchen. 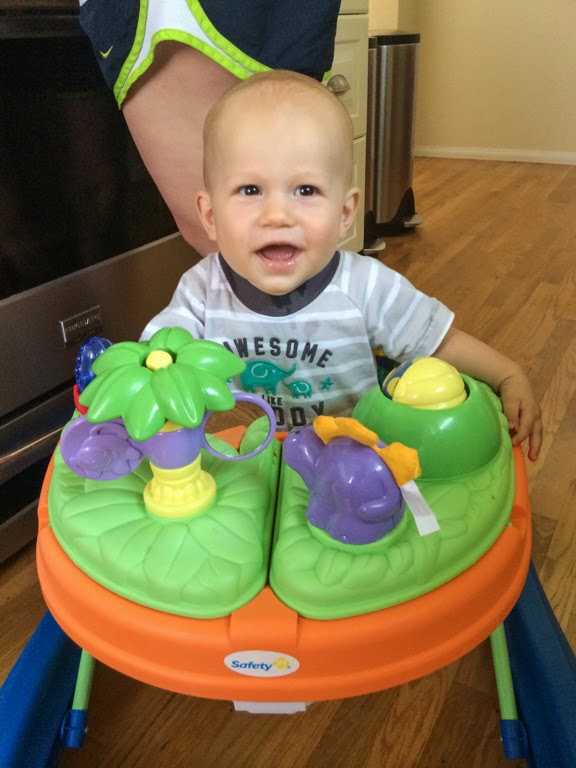 But eventually he made his feelings clear that he wanted to be up with us and seeing what's going on. 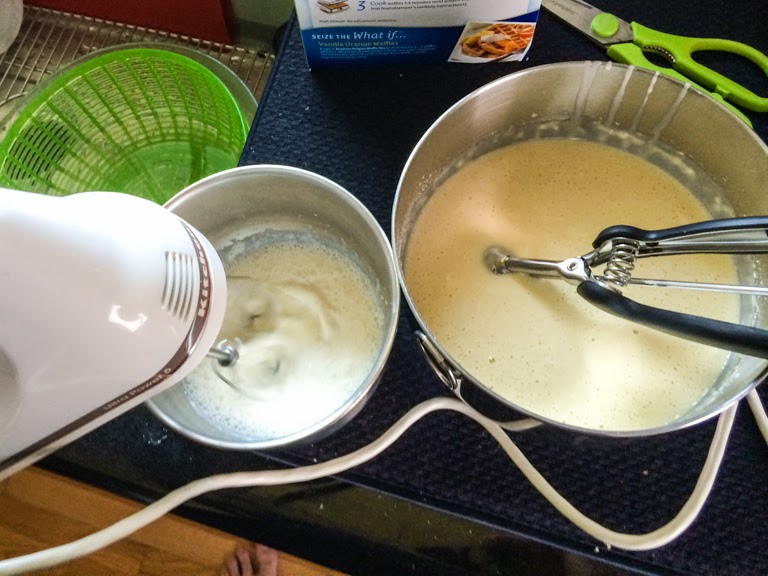 Theresa cut up a quart of strawberries. Half will be used to top the waffles directly. 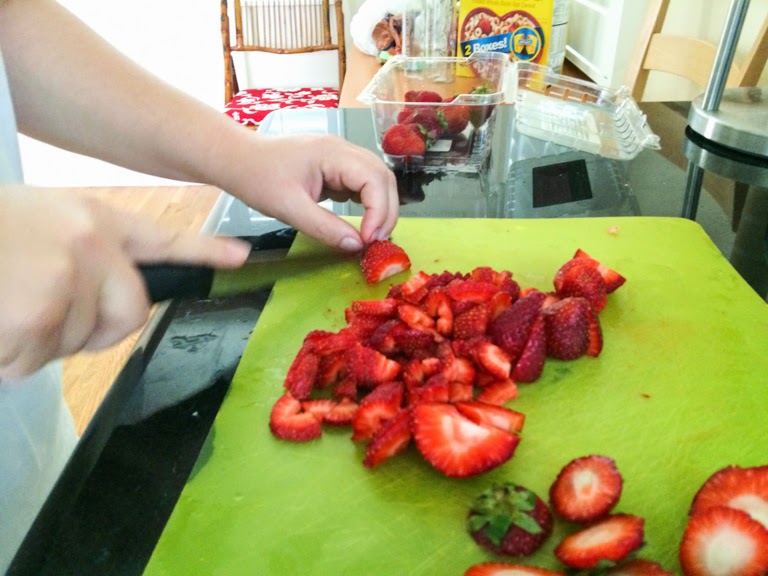 The other half will be for strawberry syrup. 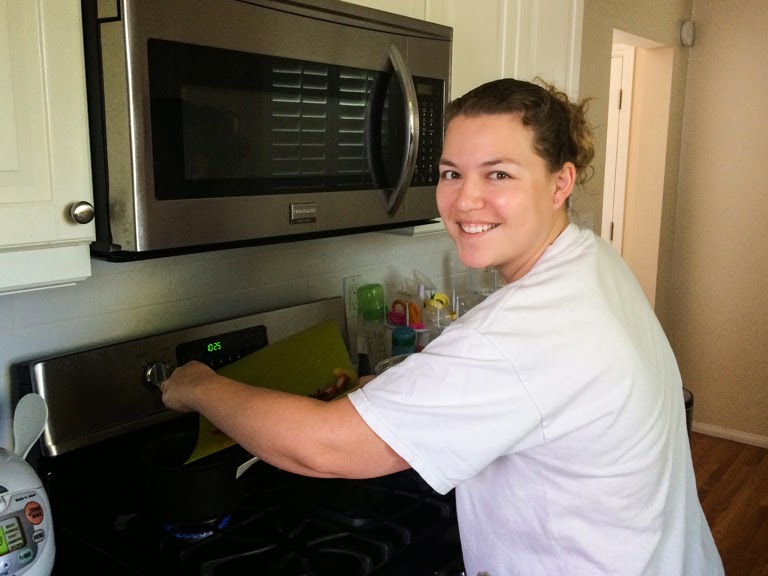 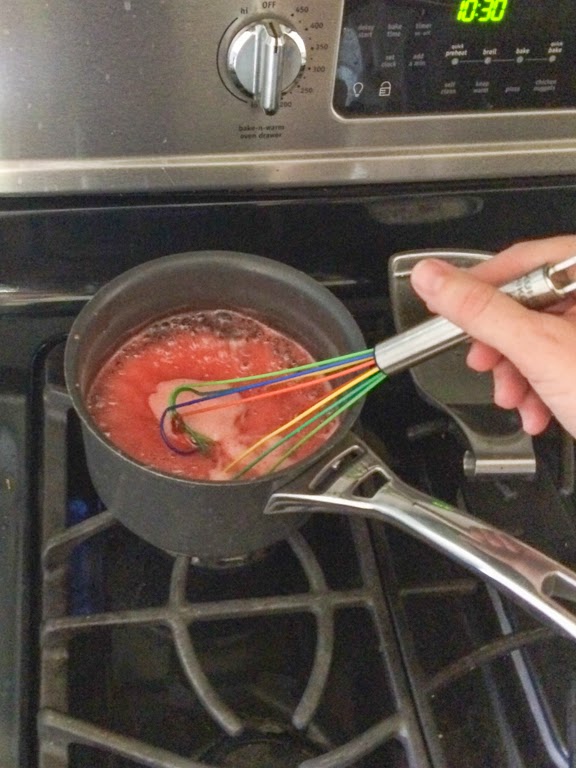 Time to eat!
I helped make waffles and all I get are Cheerios? 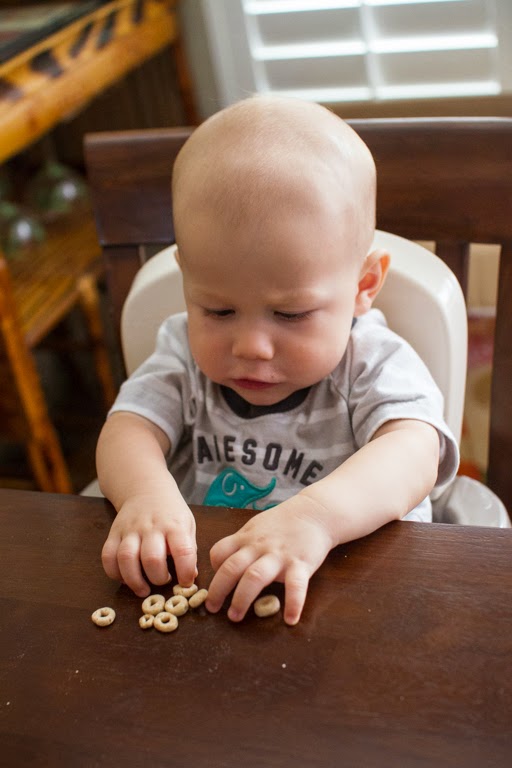 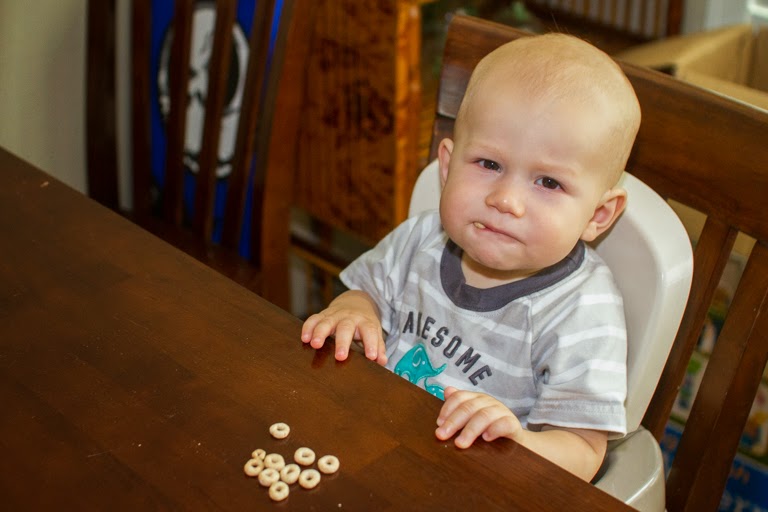 Add a little Disney magic in the form of Donald Duck orange juice and you've got a delicious breakfast. 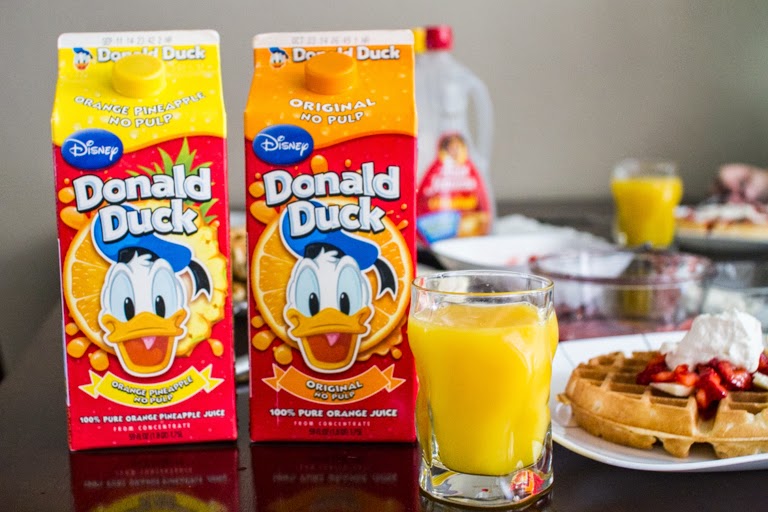 Maple syrup on one half and strawberry syrup on the other. Top it with a little bit of butter, fresh strawberries, and some whipped cream and you've got something that'd be tough to beat in any restaurant. 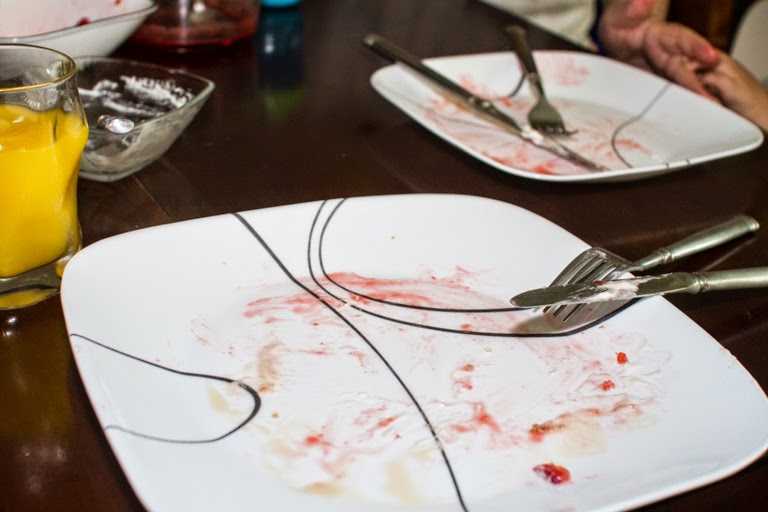 Did someone say no toes on the table? I don't remember hearing that. I didn't know that was a rule. 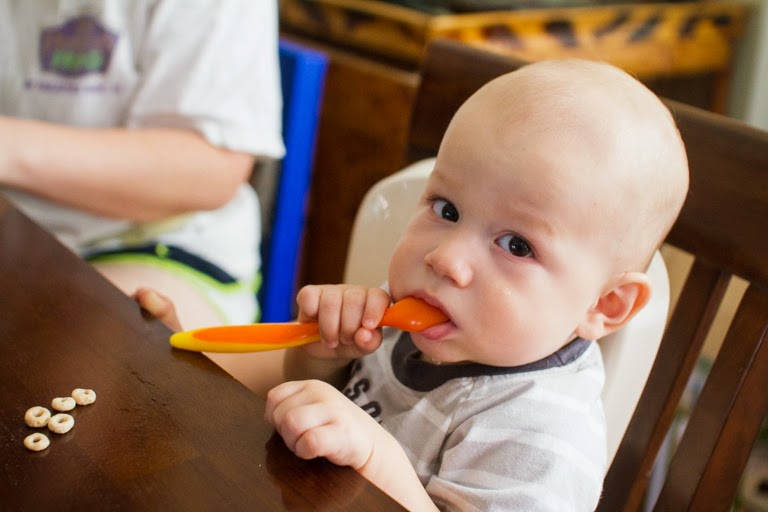 Just relaxing in his highchair. 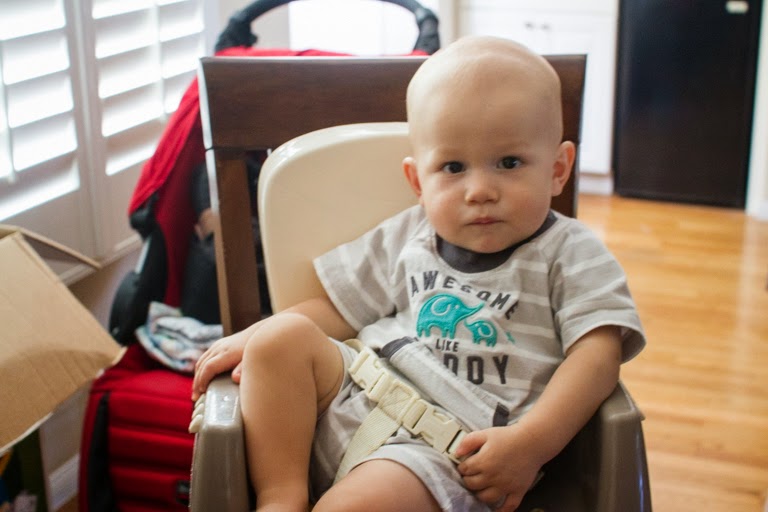 Obviously fueled by his delicious breakfast of Cheerios, Ian felt that today was a day to show off. He's standing with a little bit of support from T. 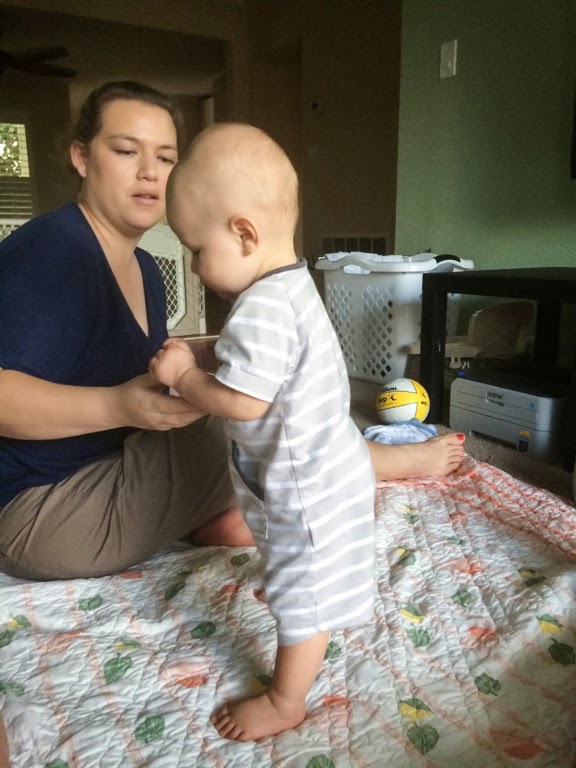 He grabs the cup from T and she takes her hand away. 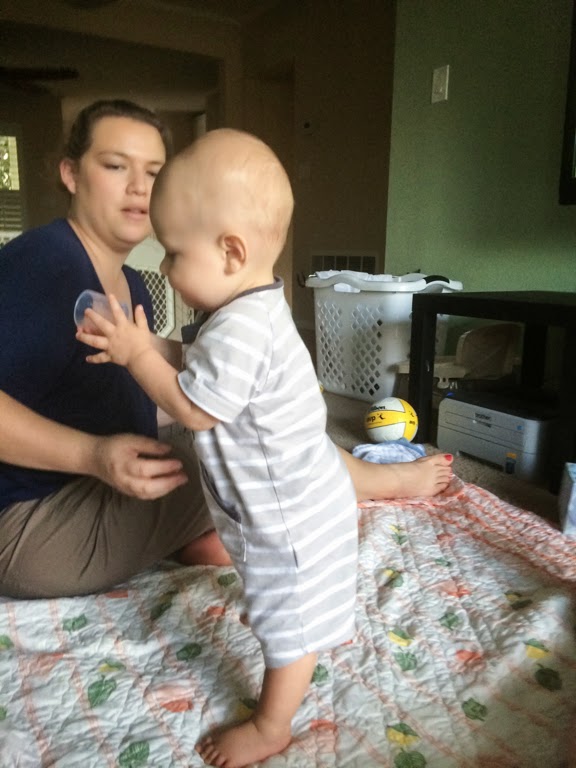 Yep, he's standing all by himself. 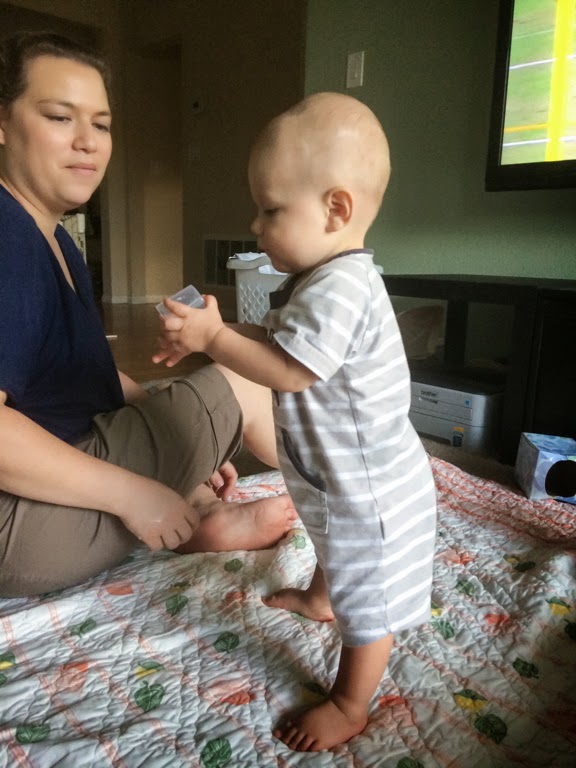 Ian pretty happy about it all. 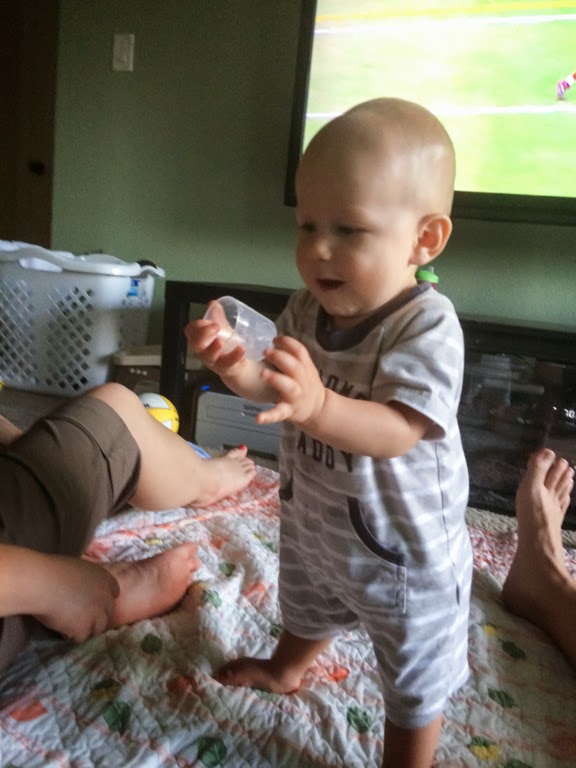 A sudden realization. What have I done? I don't know how to stand. Followed by a collapse to the floor. Total time standing without support is 8 seconds based on the timestamps from my photos. 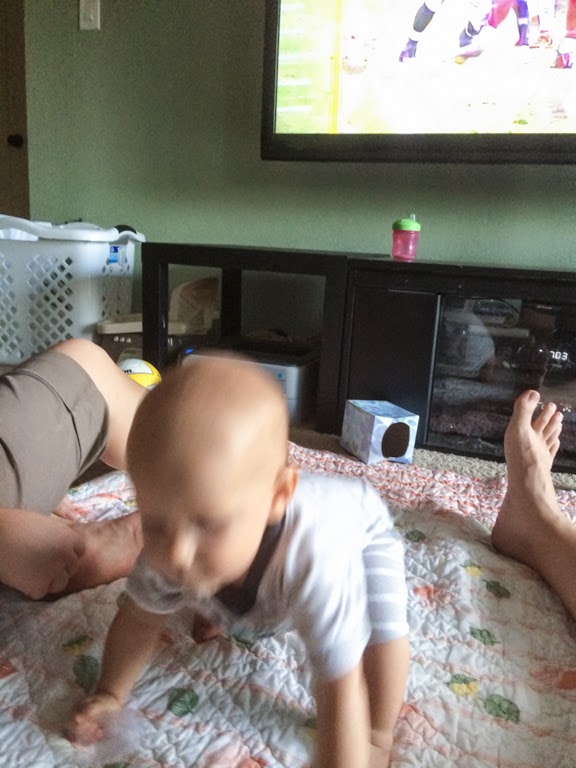