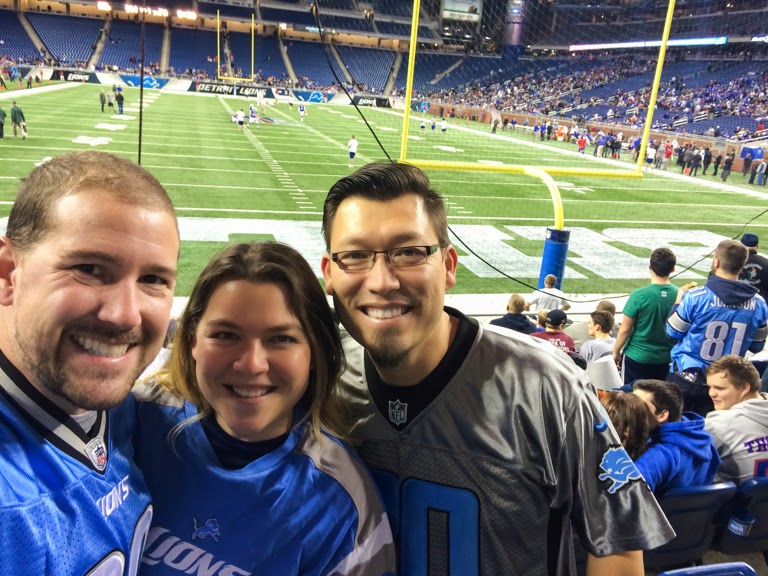 Monday evening, Donald, Theresa and I braved the below freezing temperatures and headed to Ford Field. 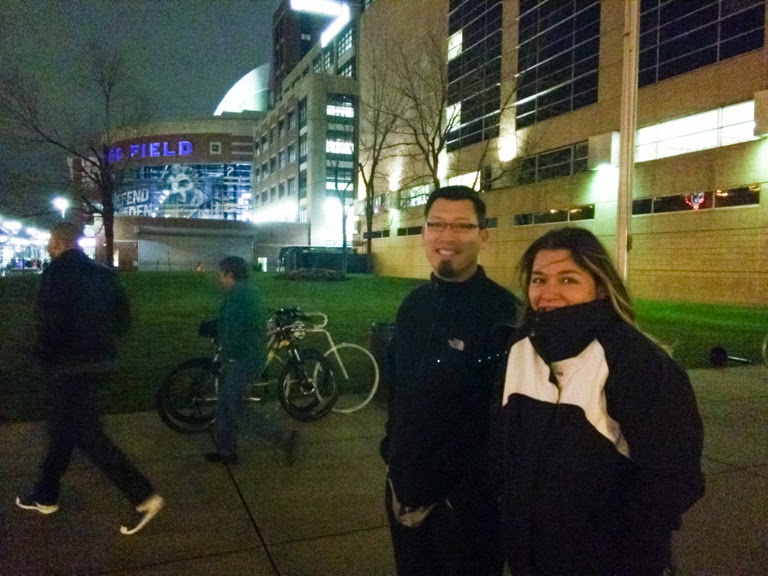 After a delicious meal of deep dish pizza, and paying $30 to park, we walked to the stadium. Even though it's freezing outside, Ford Field is covered!
The other great part about those free tickets is that seating is open! Look around the stadium. Find your favorite seat. Anyone sitting there? No? Then it's yours! The three of us arrived 1:15 before kickoff. Look at all the open seats! 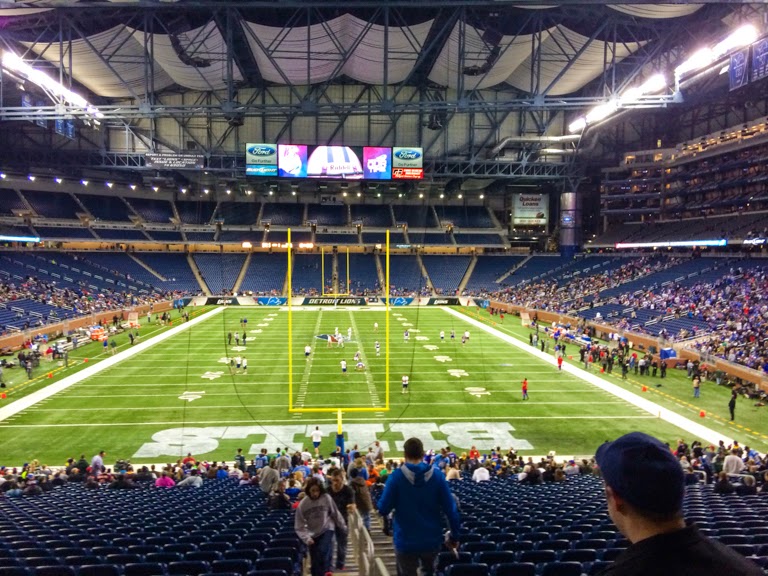 We made our way all the way down to the 7th row from the end-zone. There really are a lot more open seats than I was expecting. It would have been great to get more seats so more of the family could join us, but you were limited in the number you could get and they were all gone so quickly. Shortly after they sold out, tickets popped up on Craigslist. The cheapest I saw was $25 each. One person was asking $125 per ticket! But our tickets are better because they were free! Check out this amazing view!

Because you could sit anywhere, people were constantly changing seats, and as luck would have it, a row of seats opened up even closer. Donald high stepped it over the rows, and we ended up on the 4th row right behind the end zone! 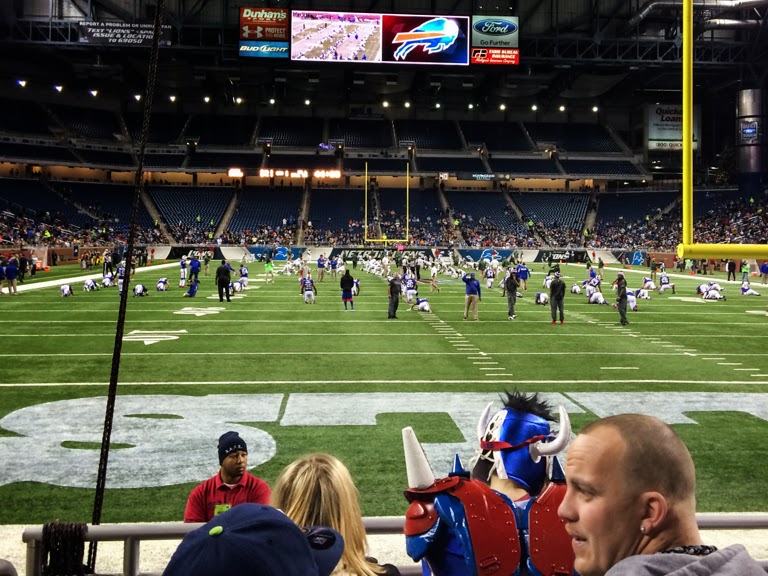 Since we got there so early, we got to watch all the warmups. 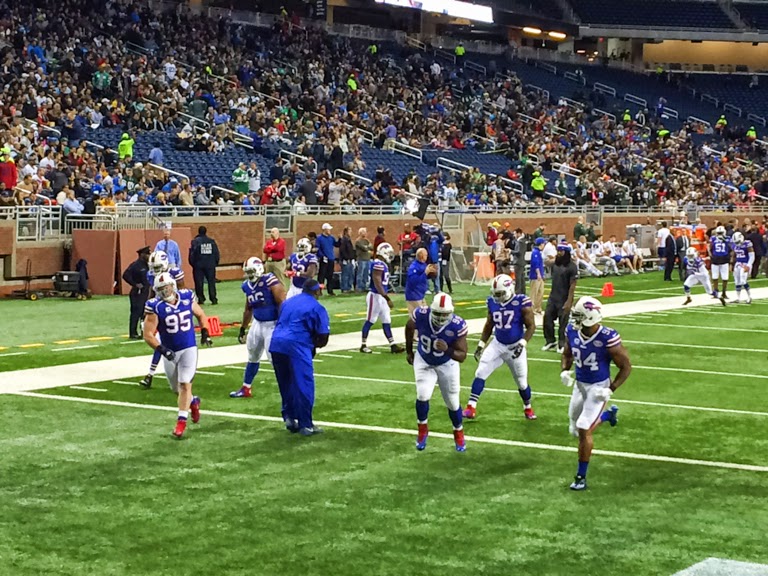 I wonder how Ian is doing at home? Tyler sent this picture just to let us know he was okay.
Yes that's whipped cream from a can. Afterwards Tyler said Ian followed him around pointing at it. 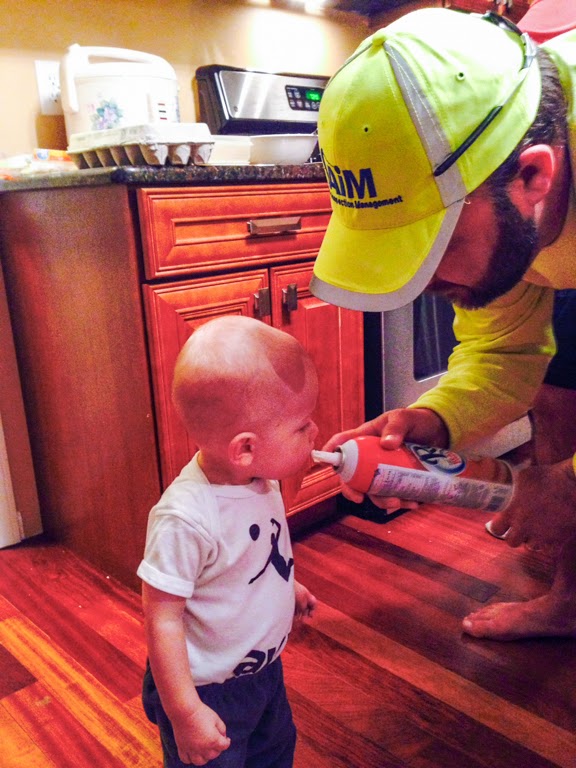 These guys from Canada had tickets to the original game in Buffalo. They were able to get refunds of their original tickets, change their travel plans, and get free tickets to this game. 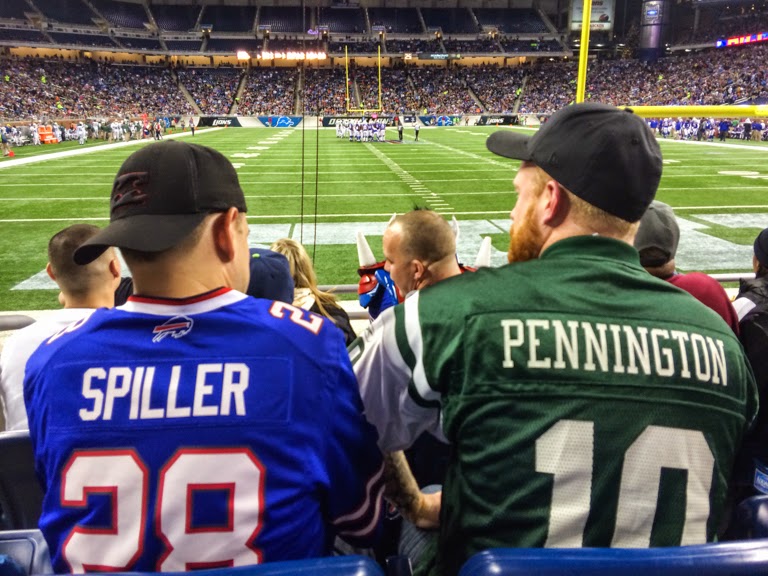 Sitting in the very front of our section was a Buffalo super fan. People in the section were complaining a little bit about him because he was standing up a lot, but as soon as the camera was on him, everyone was his best friend. 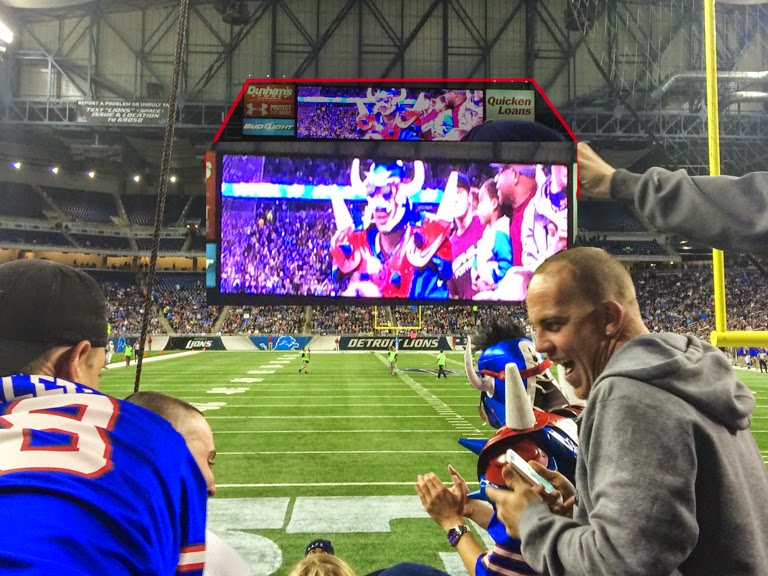 These seats were perfect! There was so much action on this side of the field and we were so close to it all! Not only were there plenty of touchdowns, but there was even a blocked punt that was recovered for a touchdown and it happened right in front of us! 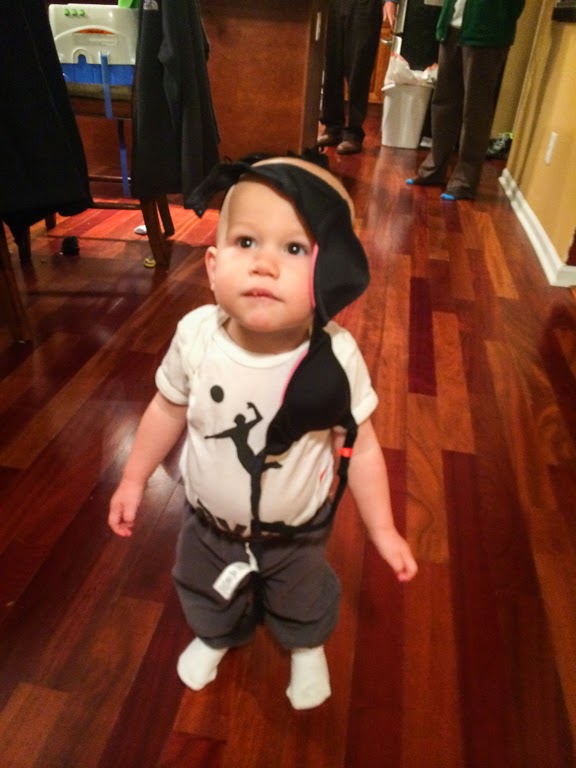 Like any game, and especially any game where tickets are given away for free, you'll get a few troublemakers. A group of guys beside us were escorted out by security for holding up inappropriate signs. There were also two fans who ran onto the field and delayed the game while security chased them. 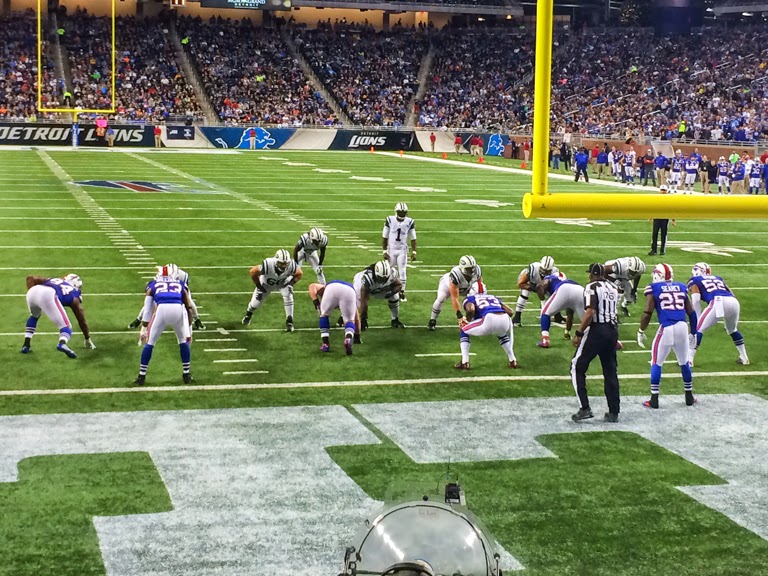 Thanks Donald for getting us tickets! It was an awesome time. T and I had only seen one other NFL game in person and that was in the cold sleeting rain in Denver up in the cheap seats. What a difference seeing the game close to the field while being dry and warm. 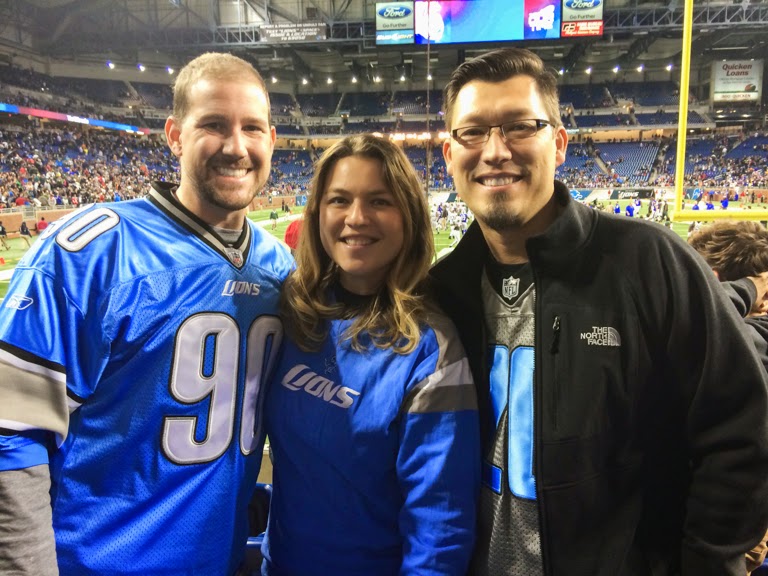