While we're visiting Colorado, we might as well head back to Jon's old stomping grounds at the Air Force Academy. 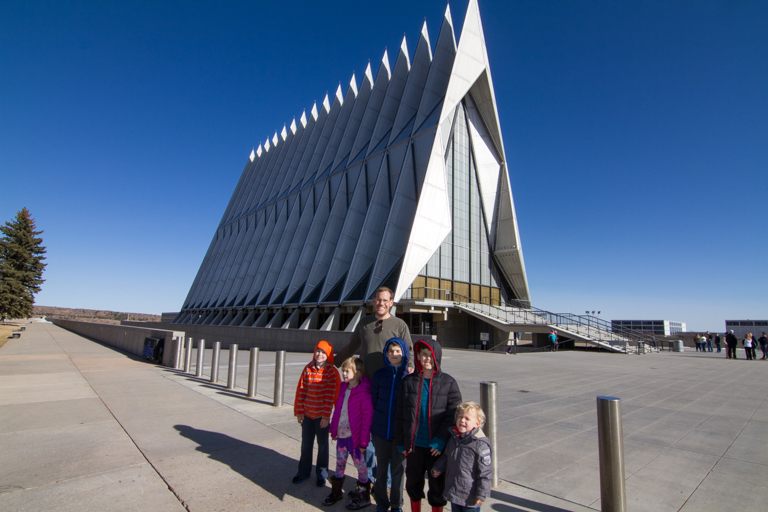 First up was the visitor's center. 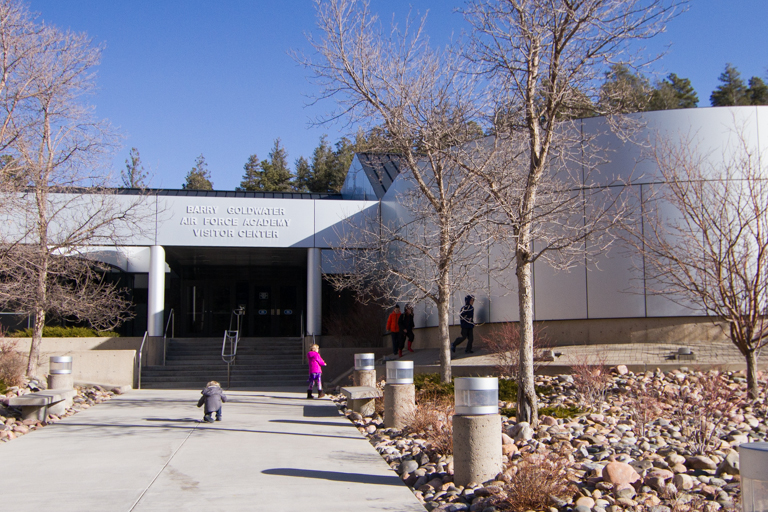 Inside are various tributes to the Academy, including this Schweizer Training Glider. 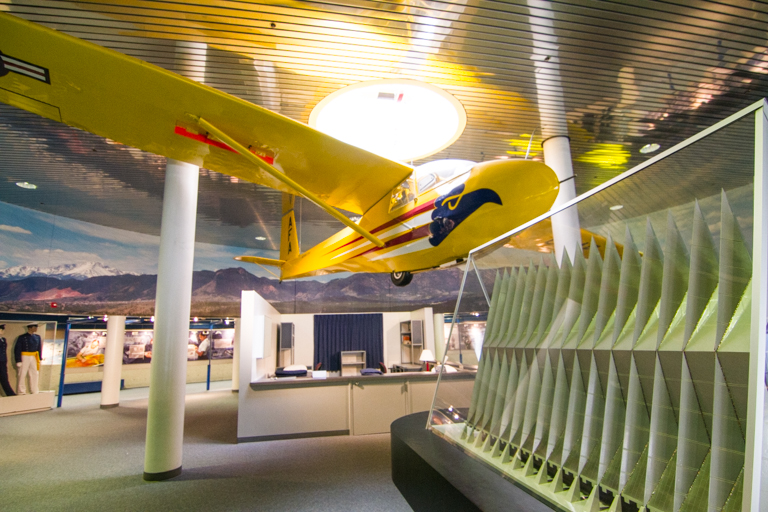 One of the twins asked if the Falcons in the case were extinct. Ian replied that "No, they don't stink." 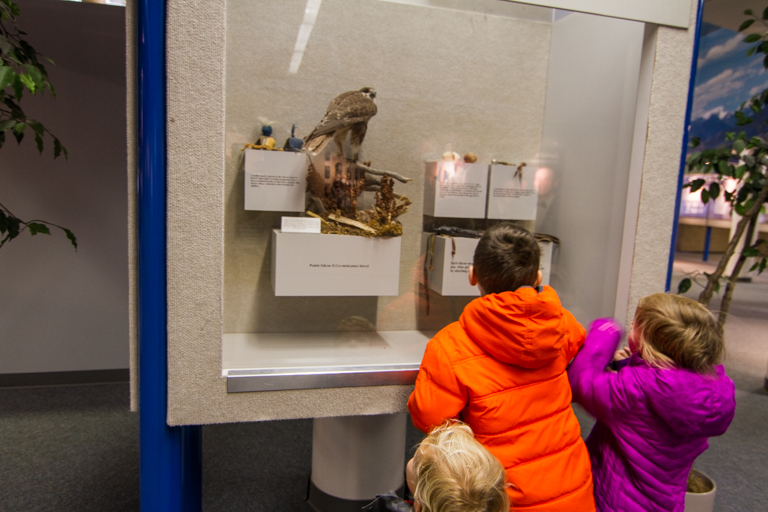 Just a short 1/3 mile walk from the visitor's center is the Academy Chapel. 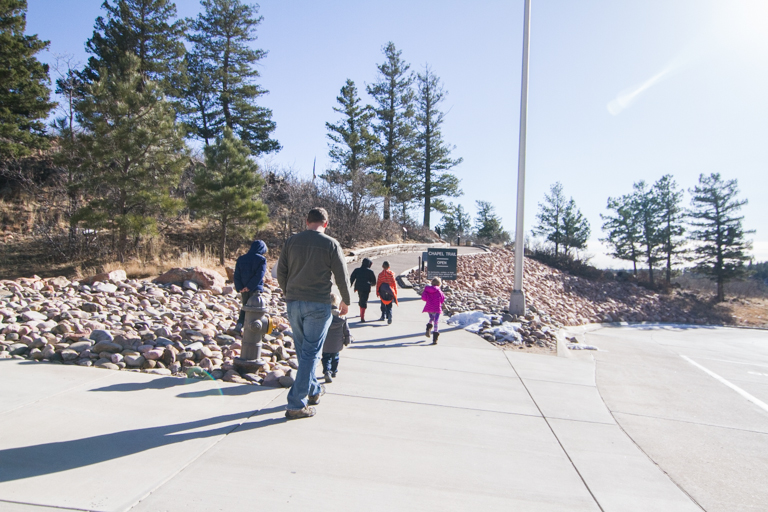 There it is in the distance. 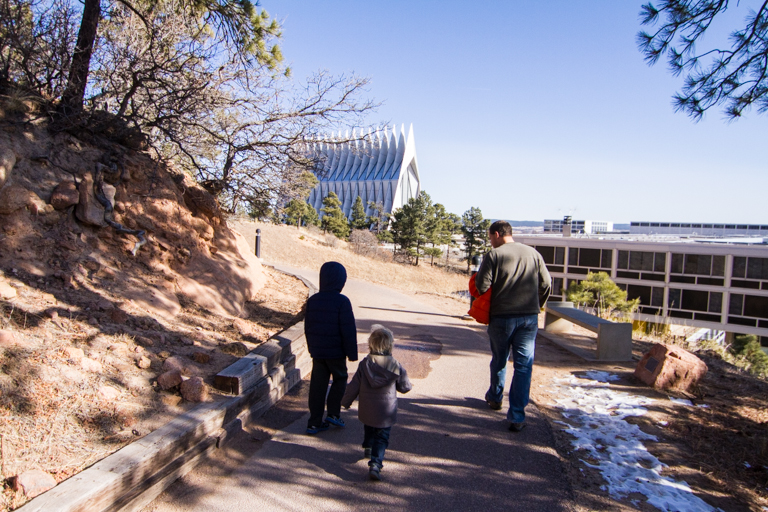 Jon pointing out his old room. 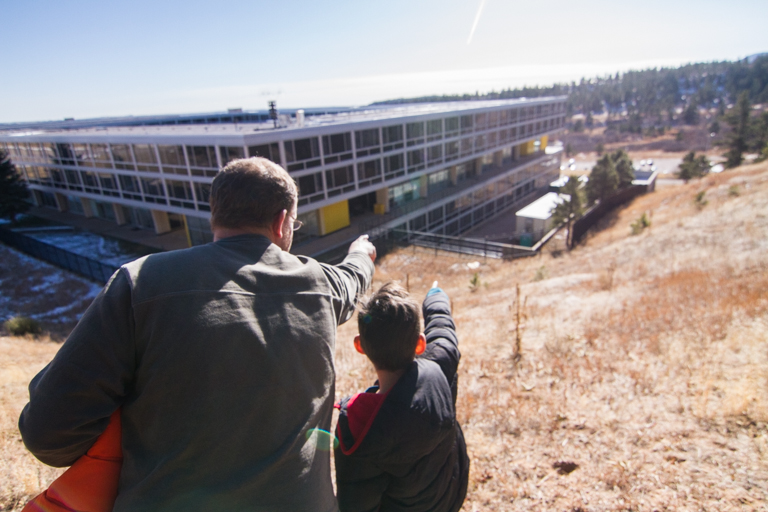 It really is a unique design. Unfortunately the upper chapel was closed due to a wedding. Instead we were able to go see the lower chapel. 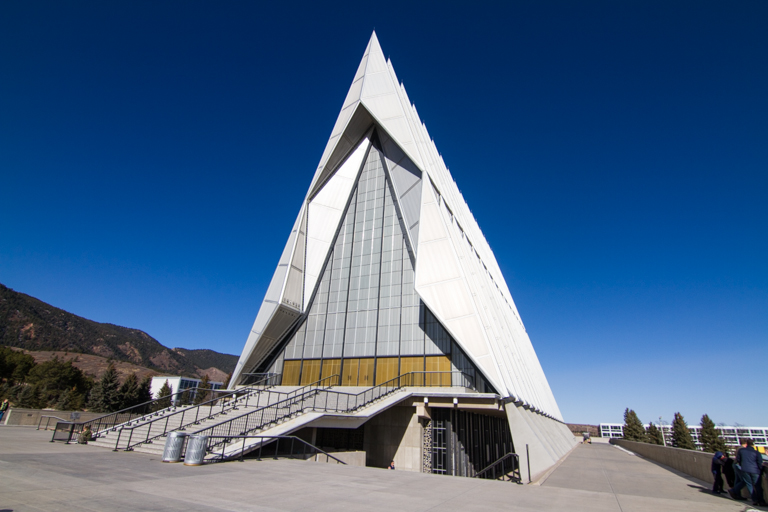 Inside the lower chapel. 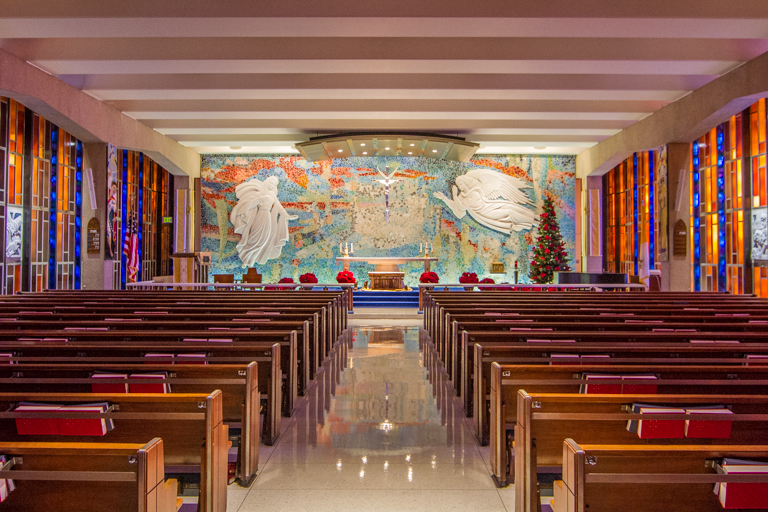 A couple pictures in front of the chapel. 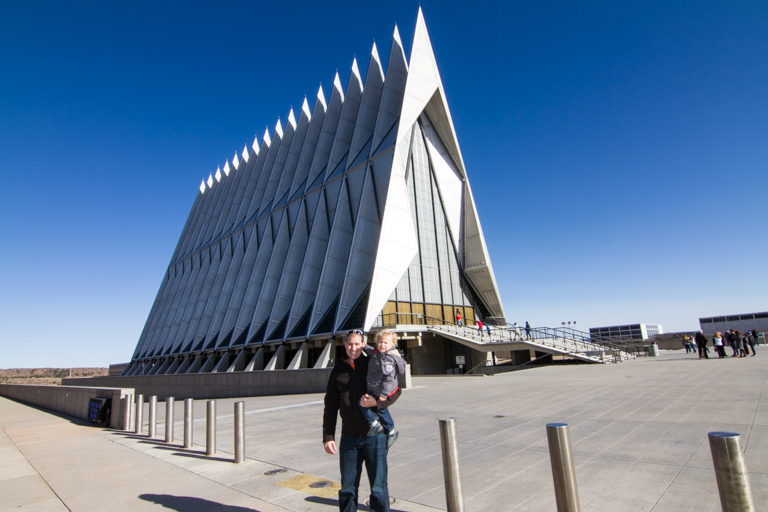 And with some of the statues. 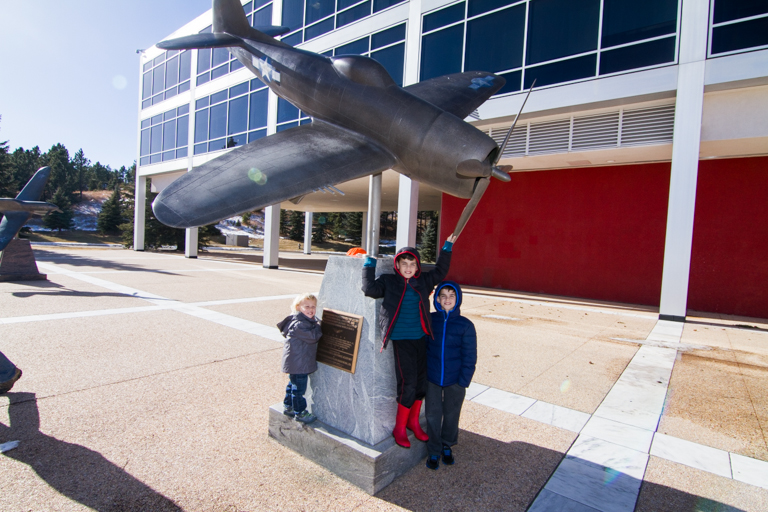 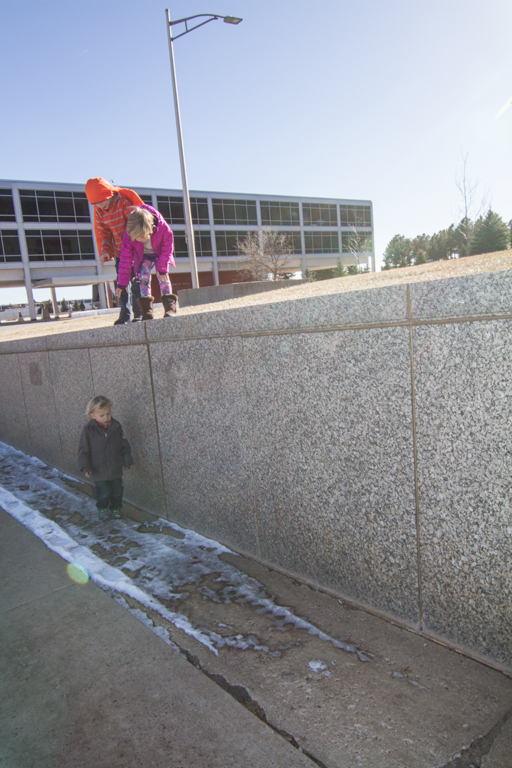 For lunch, we're all big fans of Chick-Fil-A, so we chowed down on nuggets, fries, and lemonade. 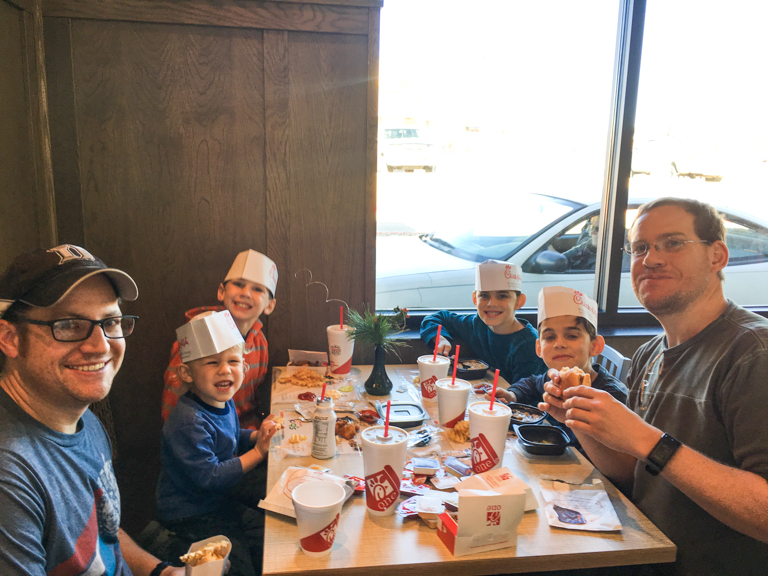 And even got free hats! 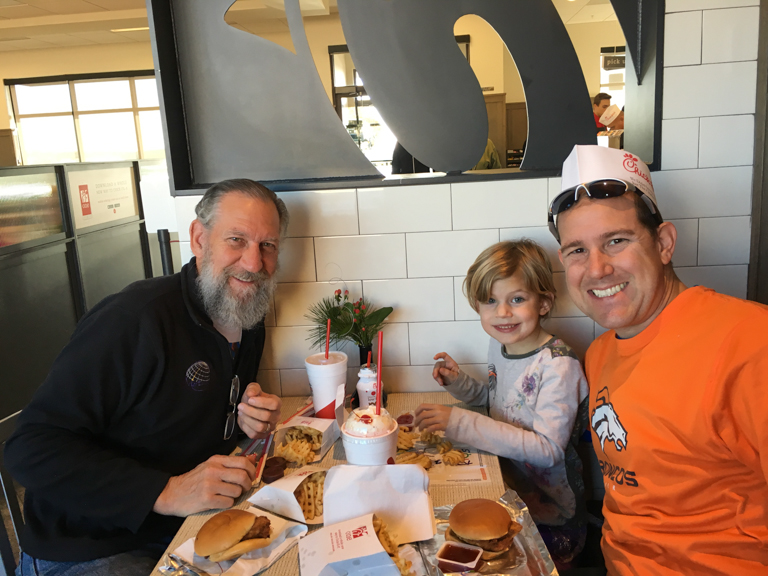 Having everyone together, we had to do a big family picture. How about that. Fourteen people and everyone is looking at the camera at the same time and smiling. That's no small feat. 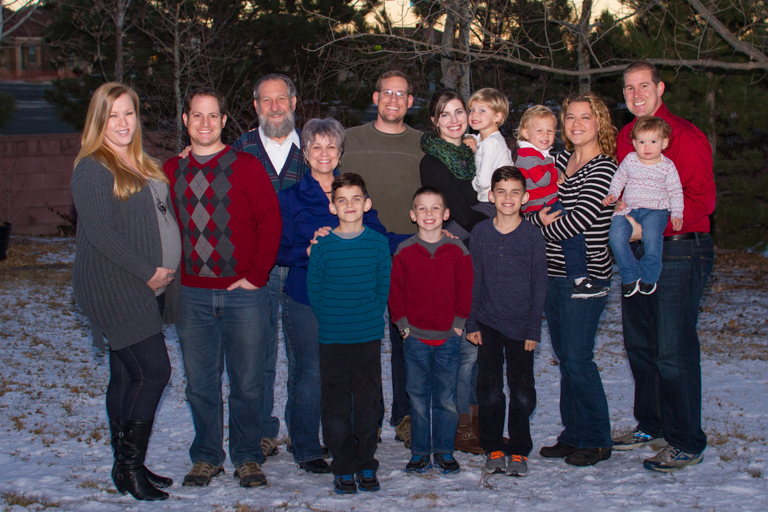 The rest of the visit, we just had fun hanging out.
Making some play-doh pizza. 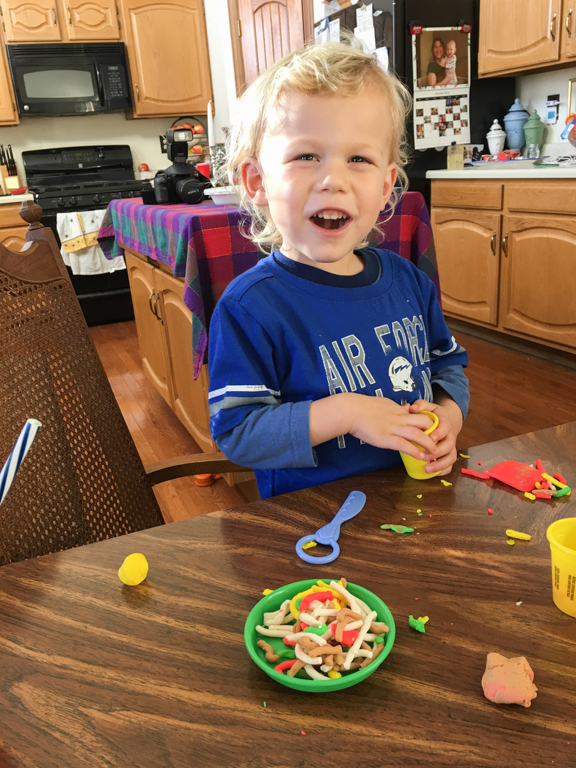 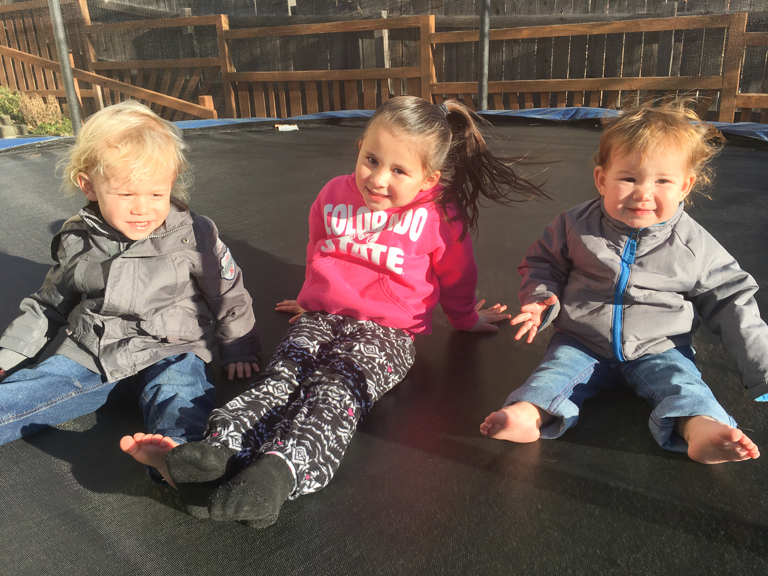 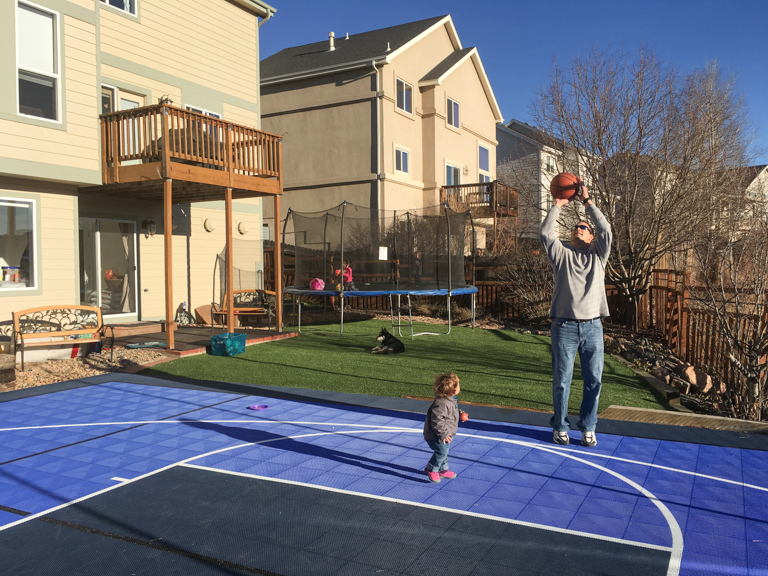 Going over to see the aunts and uncles. 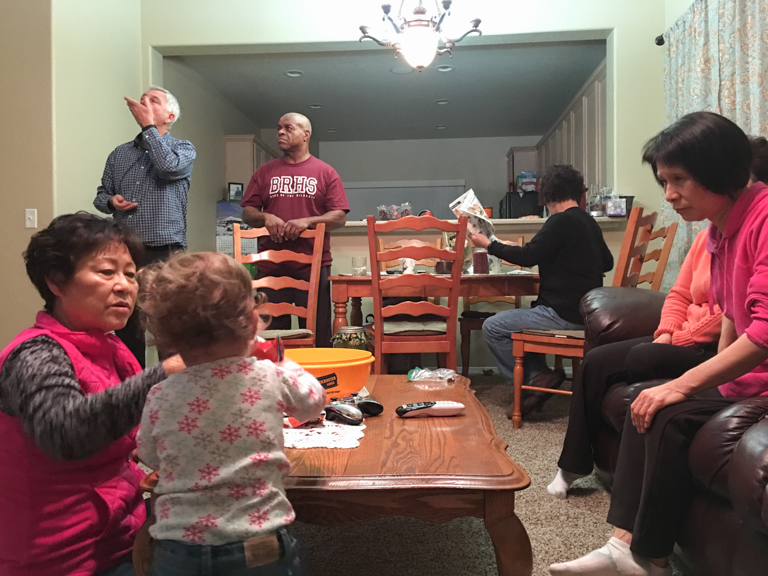 And Theresa and I were even able to get away one afternoon to chill at a coffee shop while the parents watched the kids. 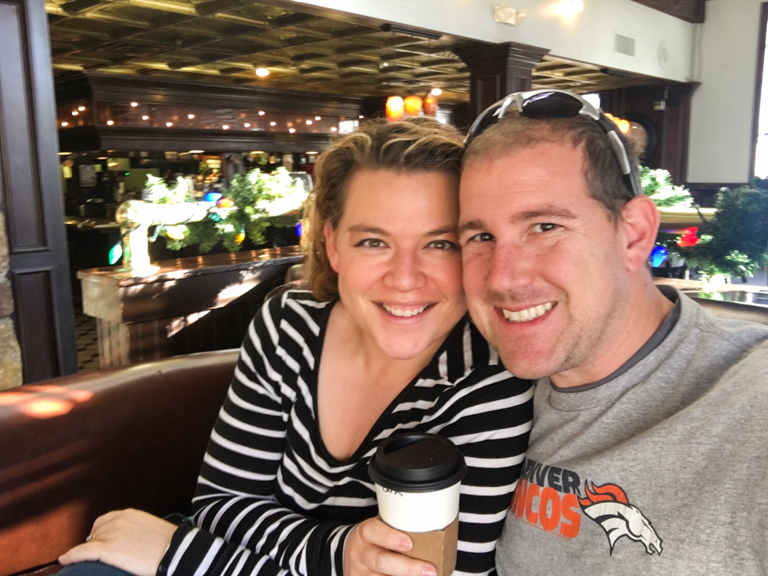 Having fun with Pop Pop and Uncle Patrick. 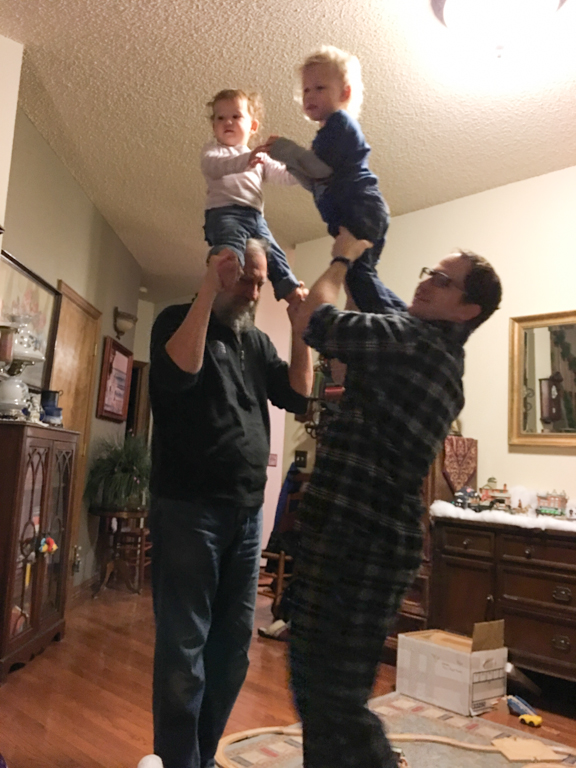 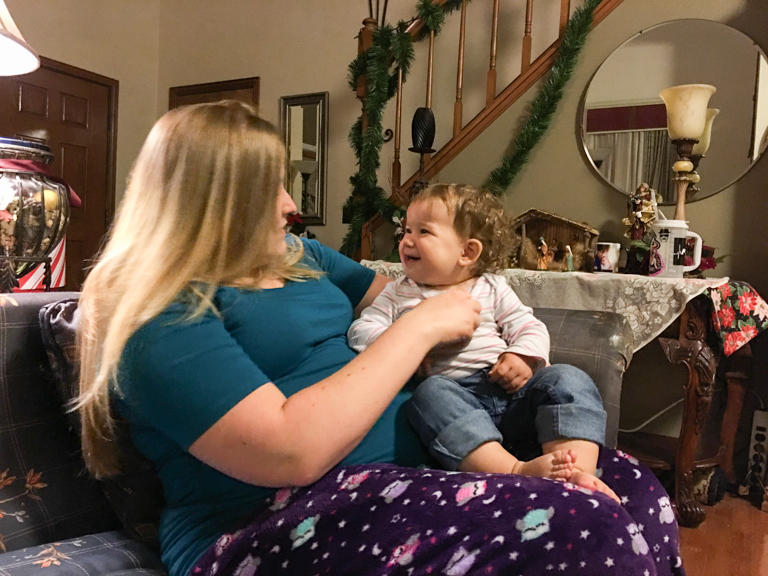 Alli loved getting into the bells and making a mess. Good thing Gram and Pop Pop were there to pick it all up. 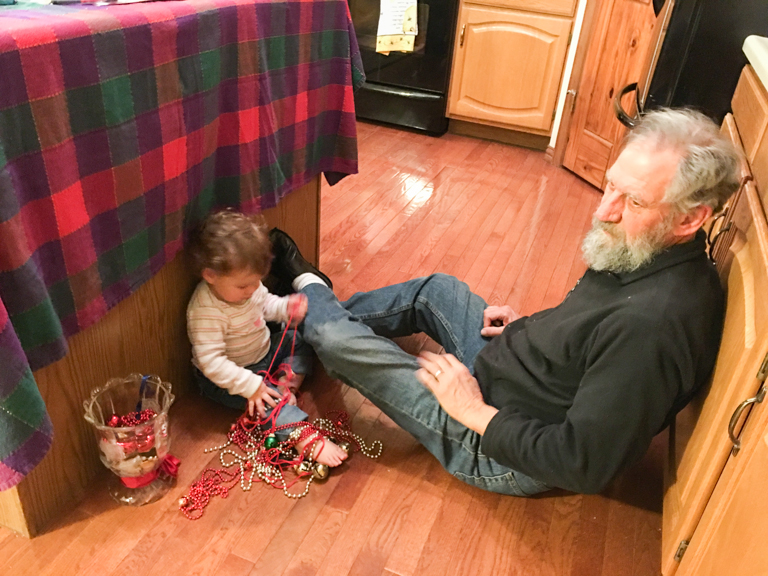 Our time in Colorado was finished, but we're not going home yet! There's one more stop on this journey. 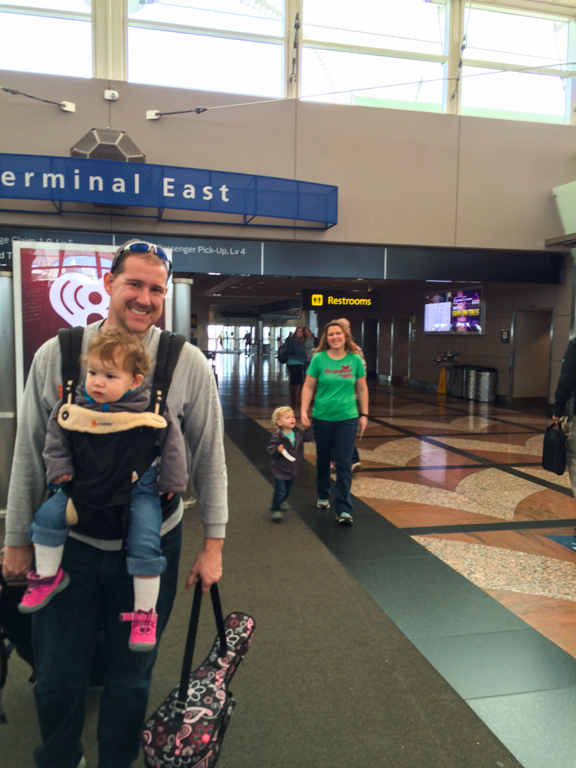