It's the blimp! The Goodyear Blimp flies over our house multiple times a week, and whenever the kids see it they will point it out and make sure we see it too.
I didn't really see it advertised very well, but Theresa happened to be looking for events this weekend and saw that there was a Toys for Tots drive at the Goodyear Blimp Airfield. 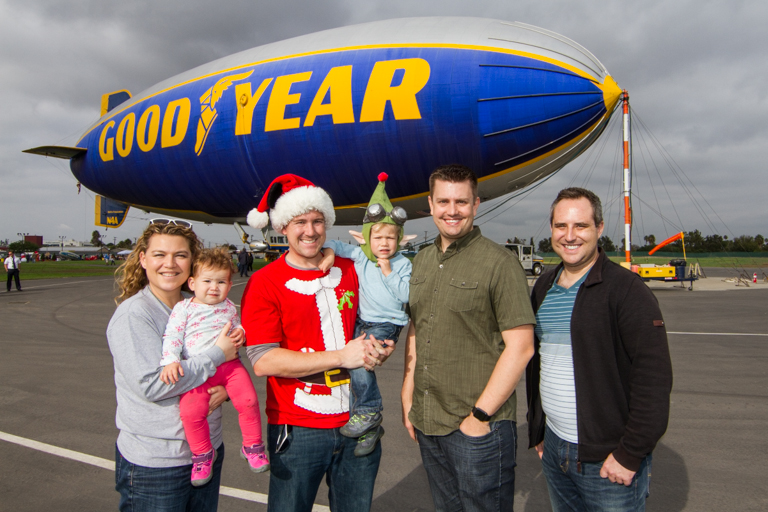 Jacob and Ryan joined us, and together we brought a box full of toys. Ian had seen the toys by the door and asked if he could play with them. We got to explain that we were bringing them to give to some kids who didn't really have many toys.
As we were driving I asked Ian if he knew where we were going. He didn't say that we were going to see the blimp. He said, "we're going to give the kids some toys." 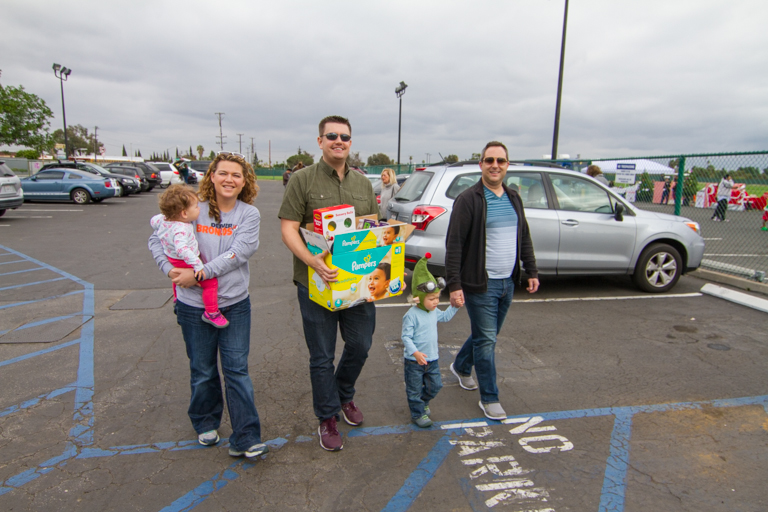 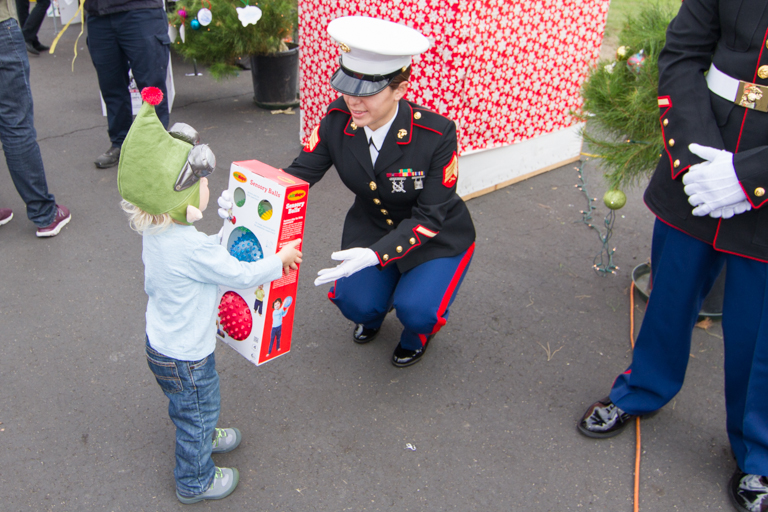 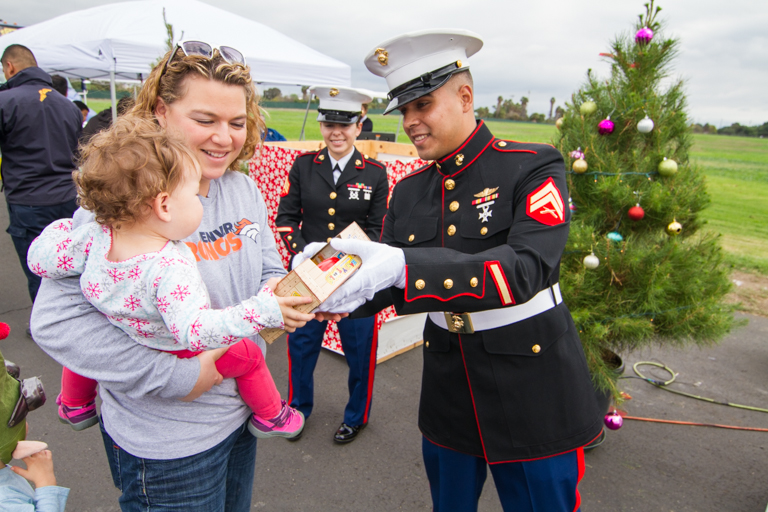 Adding a few more toys to the large toy box. 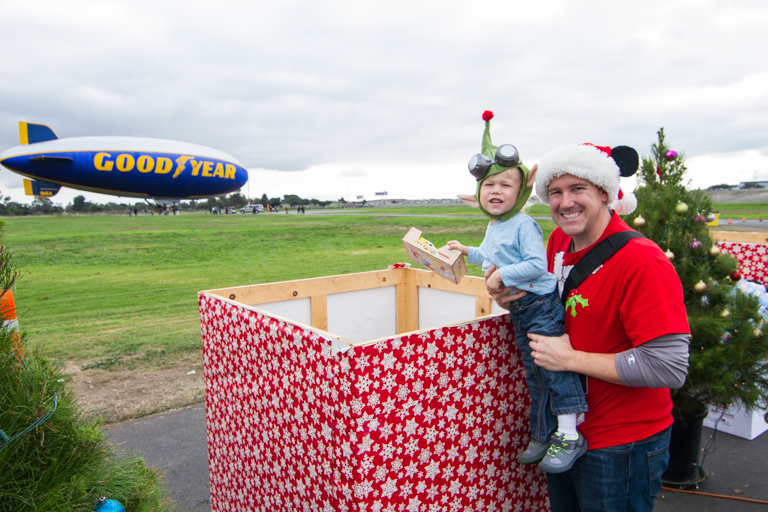 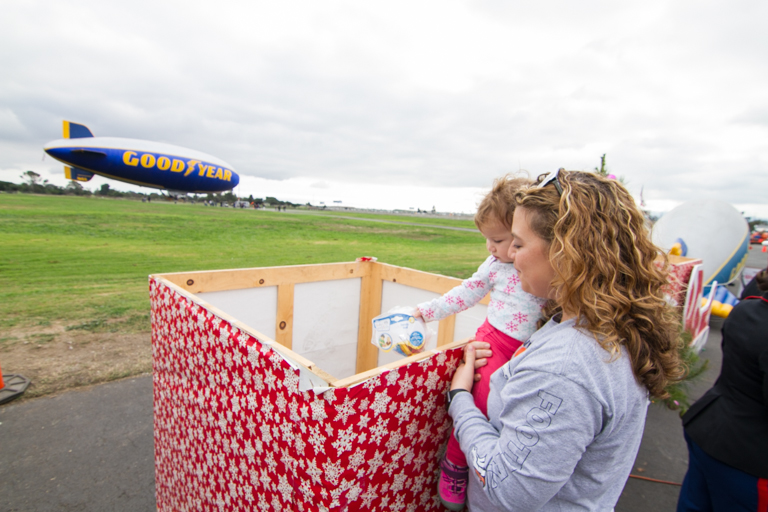 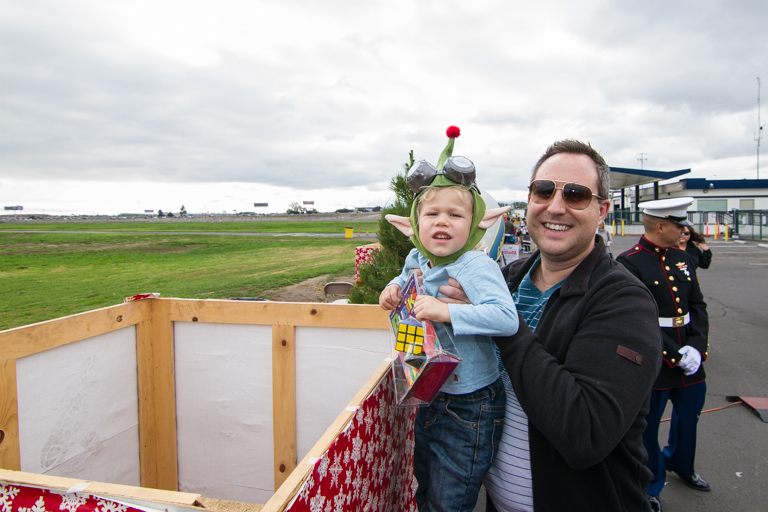 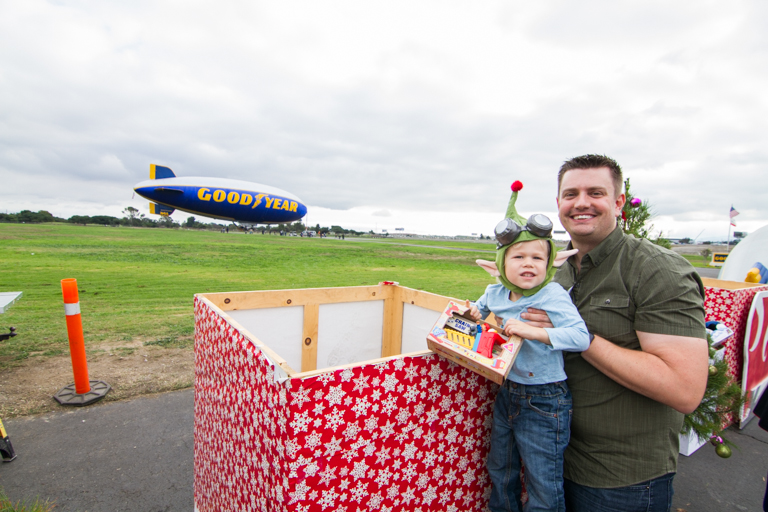 Santa is here too! 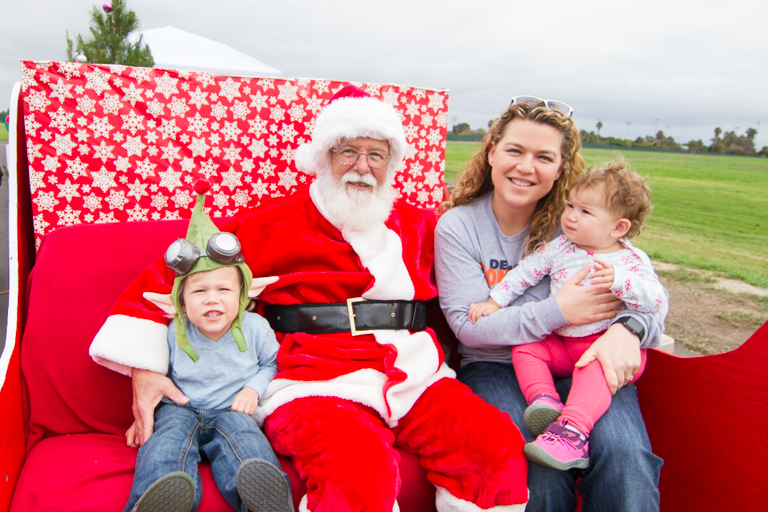 When Santa asked what Ian wanted for Christmas, he thought about it for a little while and eventually decided he wanted a sticky hand (like you'd get out of a vending machine). Santa said he'd work on it. 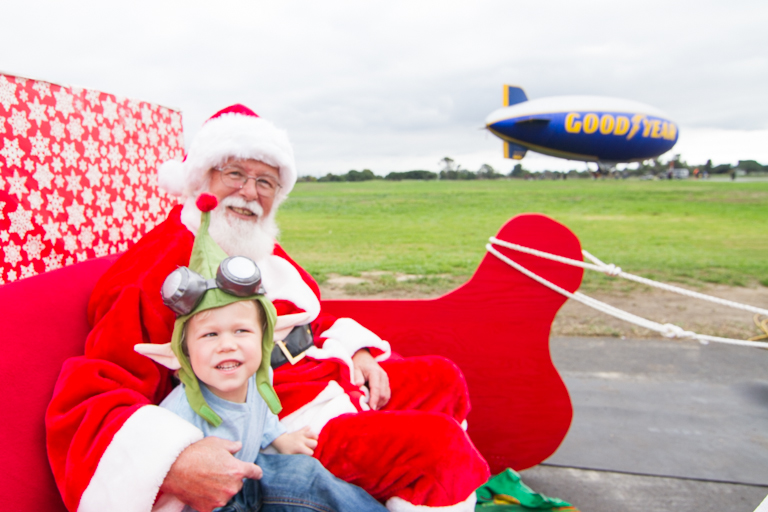 And whenever you visit Santa, you come away with a candy cane. 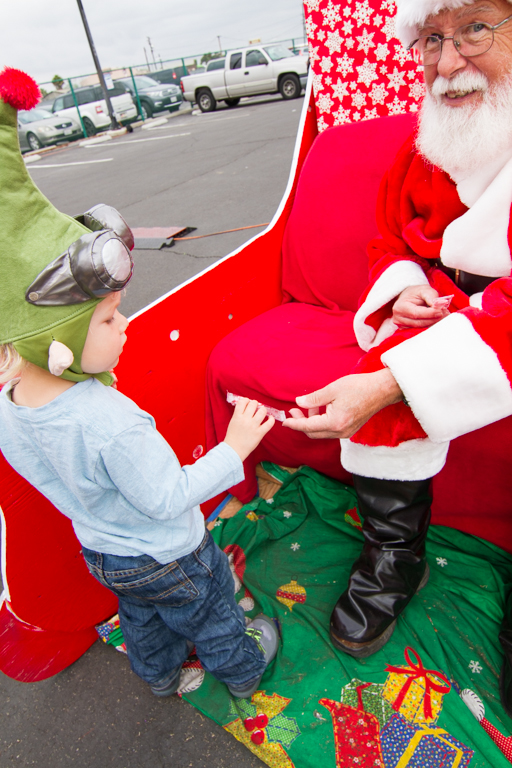 There's a couple decorations here too. 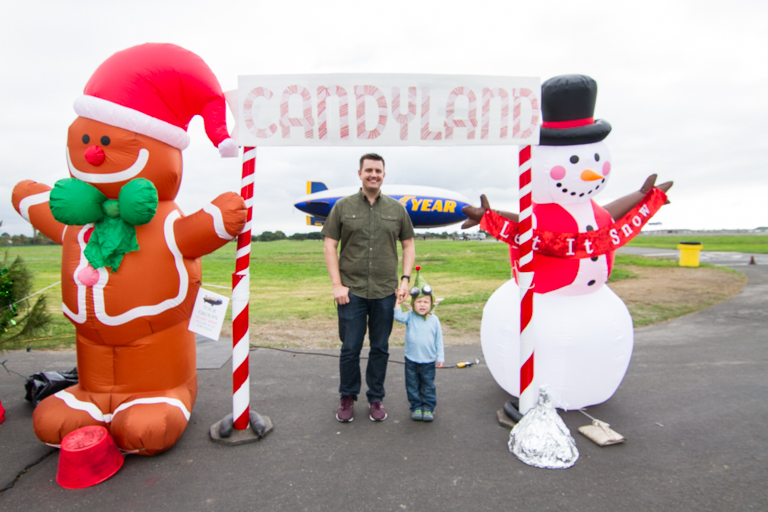 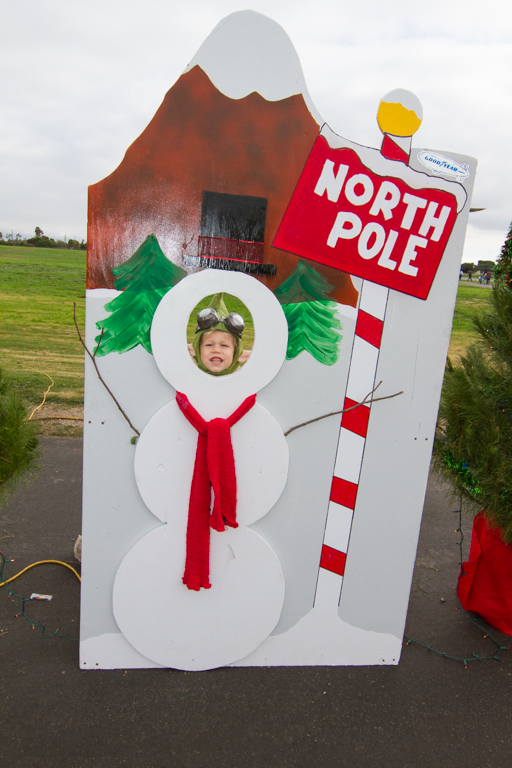 Time to go see it up close. 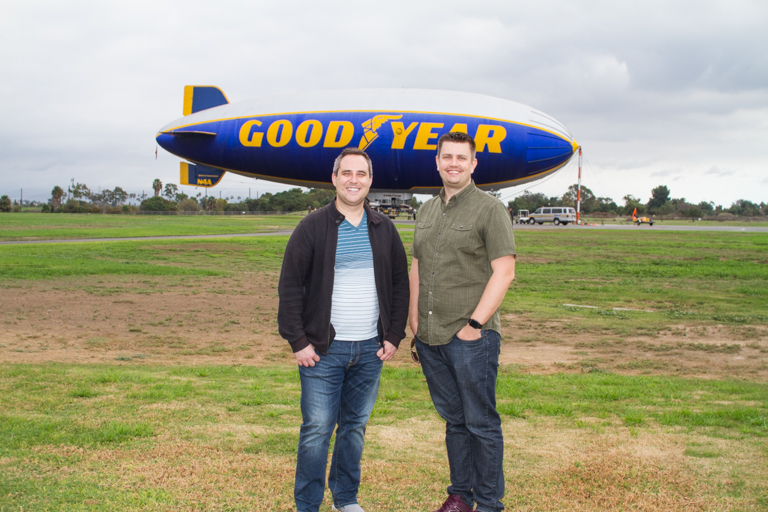 Alli was happy to have the wide open field to run around in. Where's the blimp Alli? 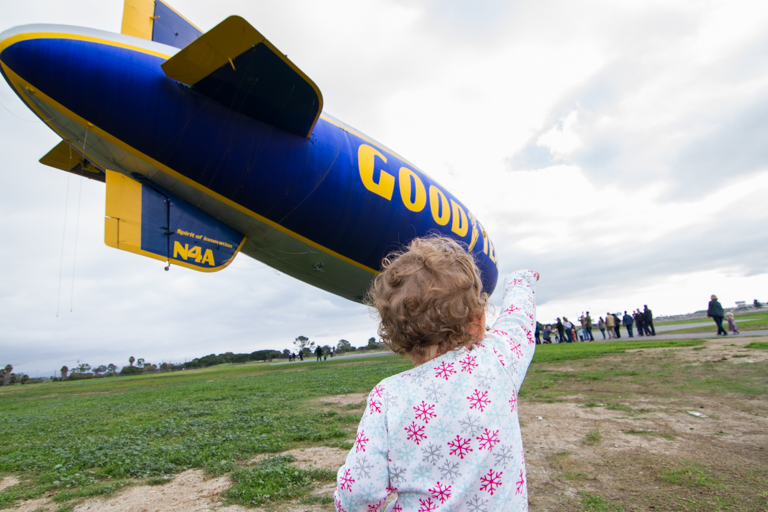 Getting so close you can almost touch it. It's not anchored down on one end though, so it is constantly moving around. We have to stay behind the white line to stay out of the way.
There are some tie-down cables that were swinging around off the very back that Ian and I both grabbed a hold of. Now we can say that we actually touched a part of the blimp! 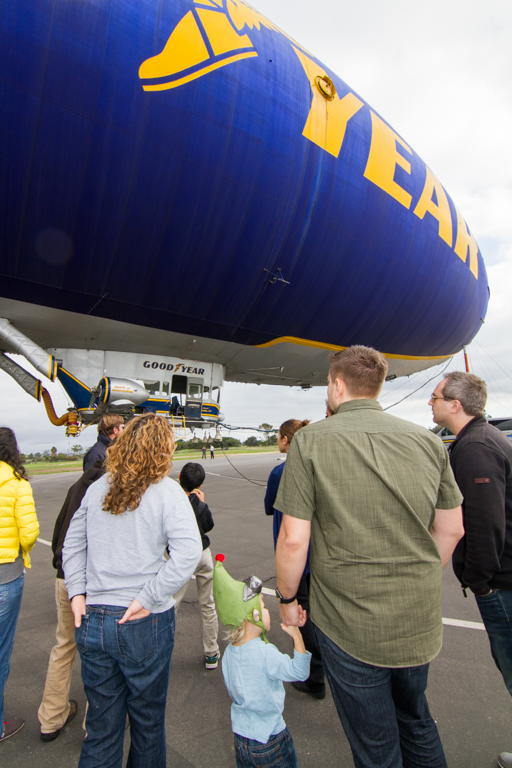 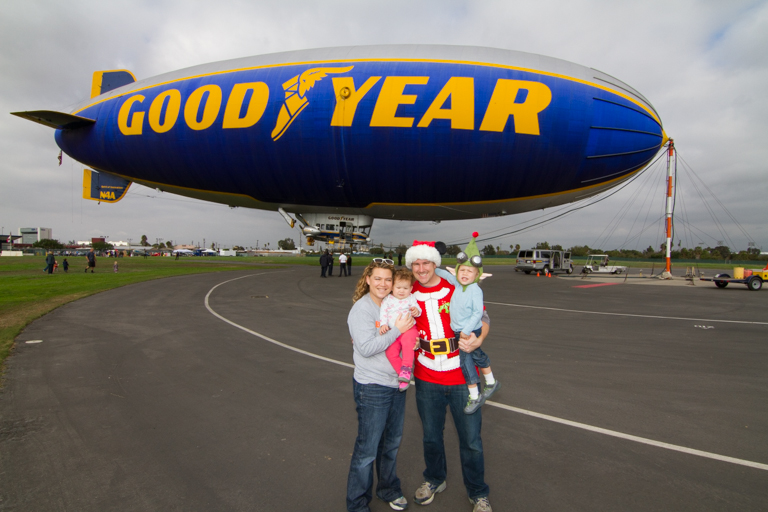 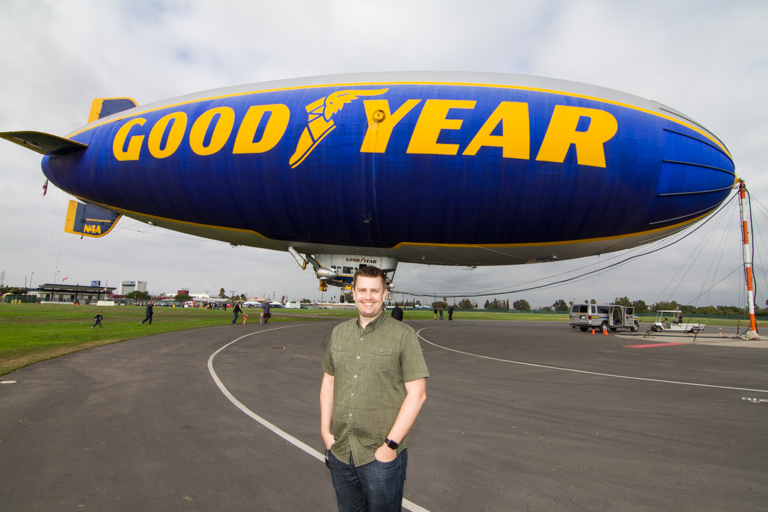 The kids had a really good time here. They loved running around the large field and seeing the blimp. 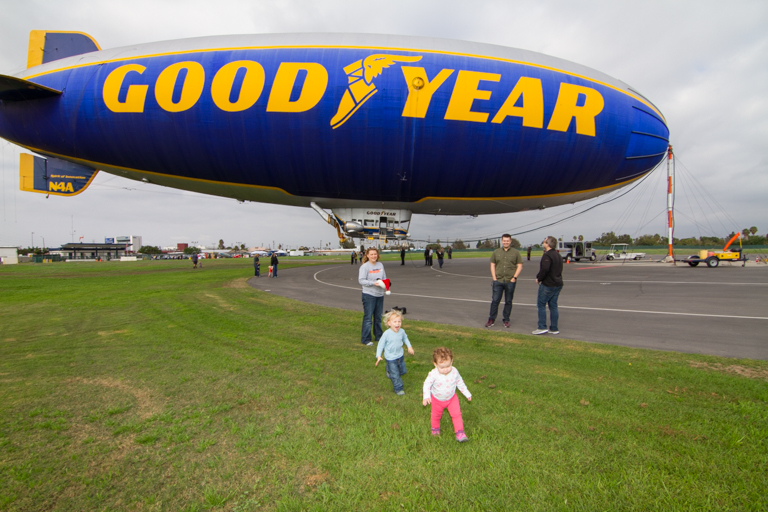 Continuing this holiday spirit feeling, I was hoping to find a good place to a holiday treat nearby. Roasted chestnuts? That's definitely keeping with the holidays. 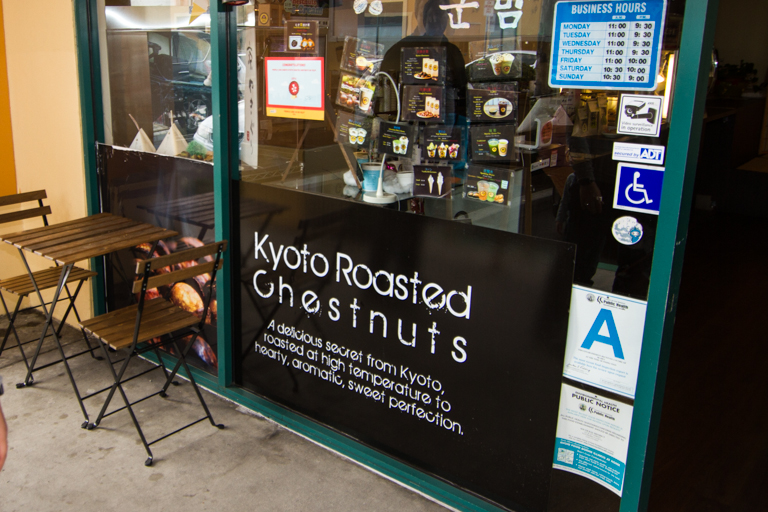 We bought a couple bags of the different flavors they had. 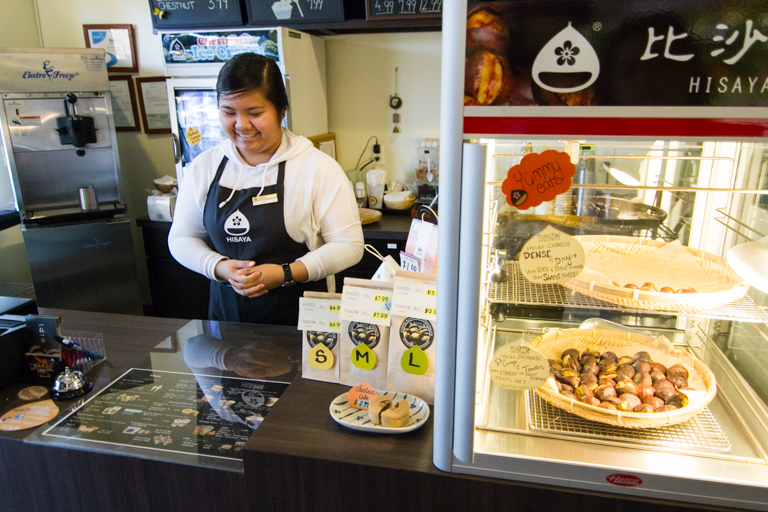 I can't recall having roasted chestnuts before. It was a lot softer than I was expected. The clerk said it's similar to sweet potato. 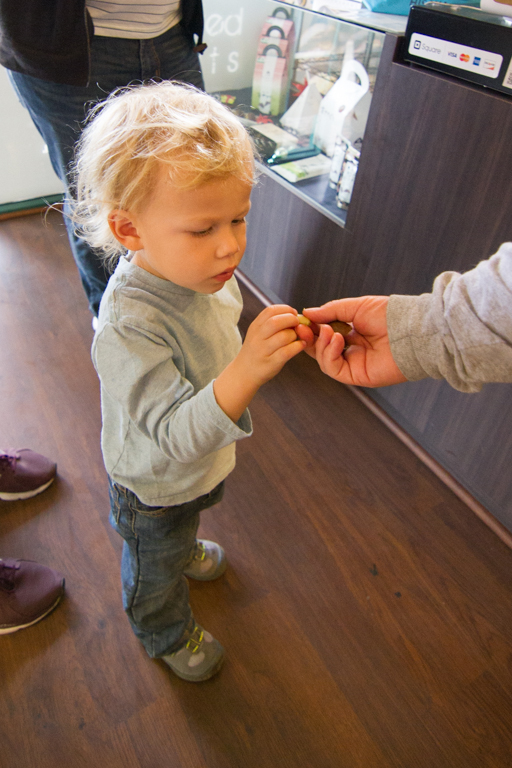 Along with the whole chestnuts, we also had a Chestnut Snowstorm (think McFlurry). 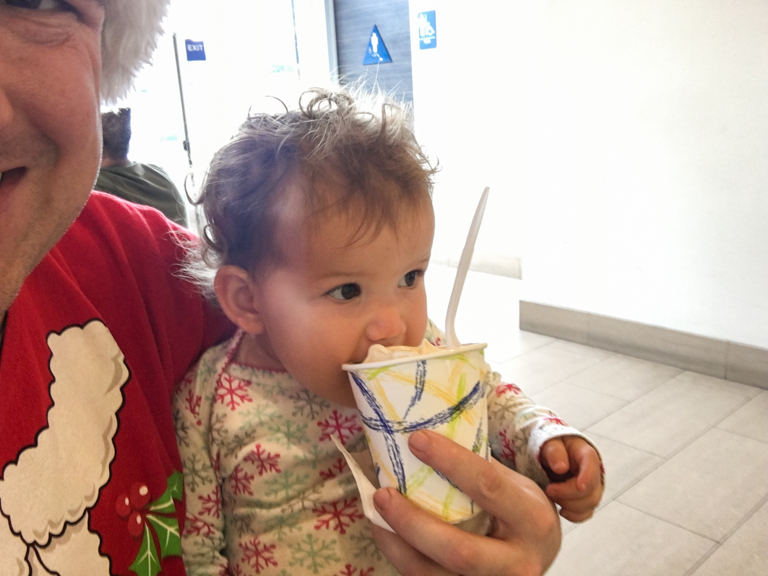 Someone certainly liked it. 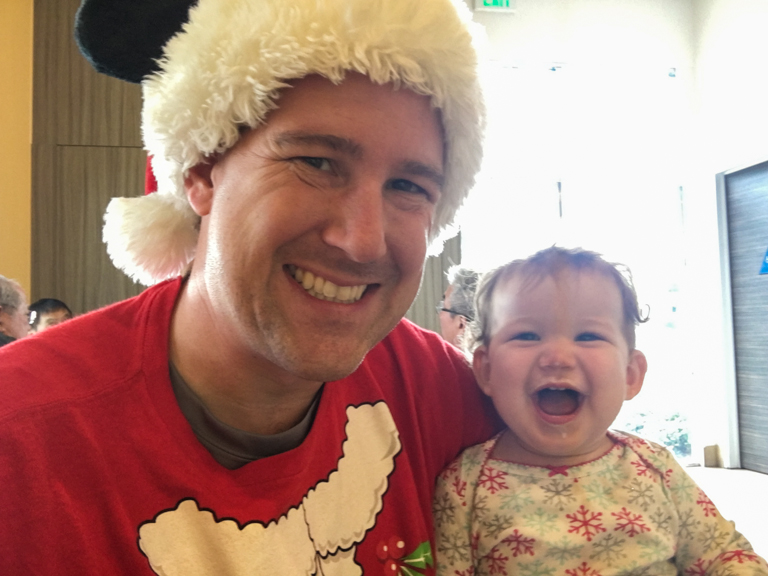