The day before Halloween we got our pumpkins ready. The kids started by painting a couple.

Alli somehow managed to sit on her plate of paint. 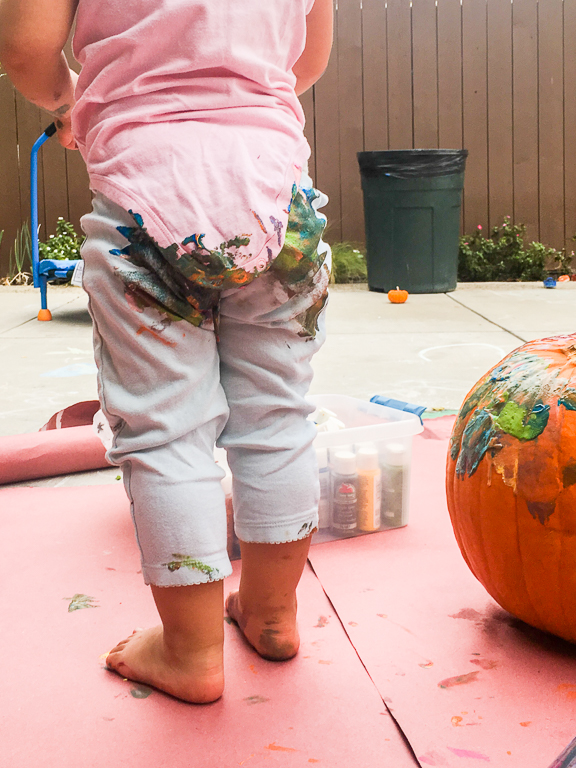 Then they both helped me carve a few pumpkins. The Mickey pumpkin on the porch is a requirement every year. 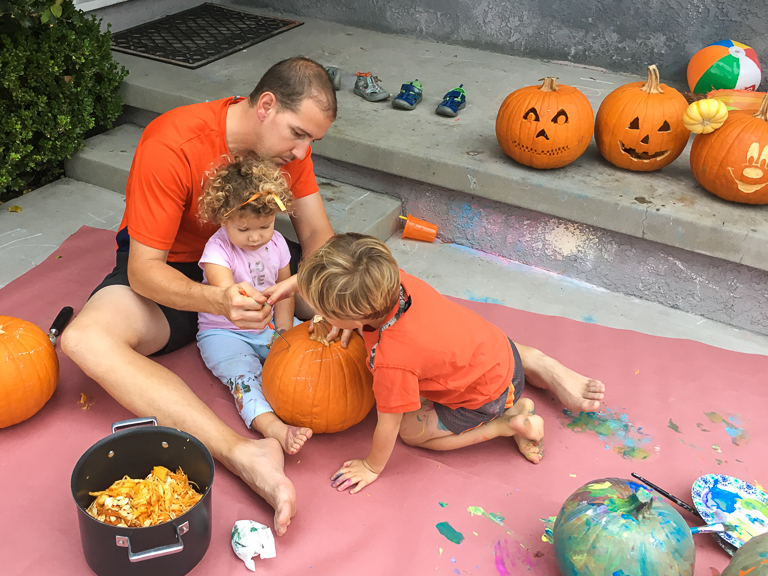 On Halloween, T and I got off work a little early so the kids could start their trick-or-treating early. 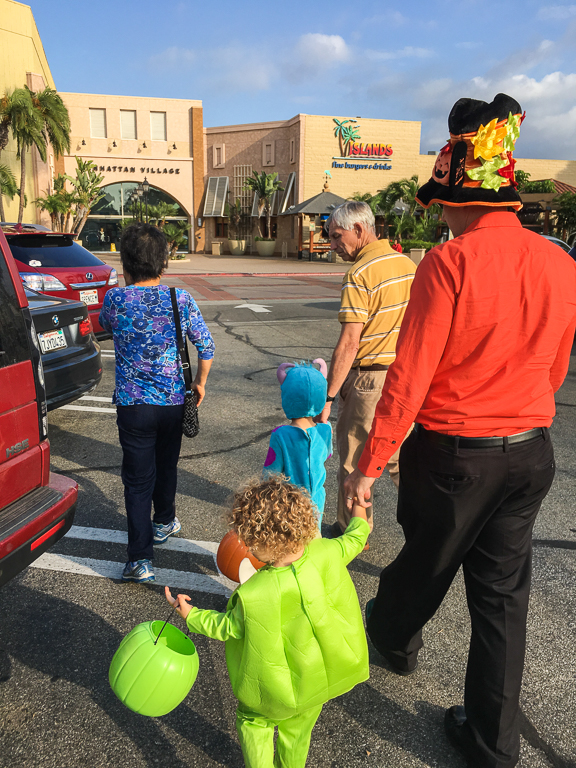 The nearby mall starts handing out candy at 4pm, and it gave the kids good practice for later on in the night. Especially to remember their "thank you's". 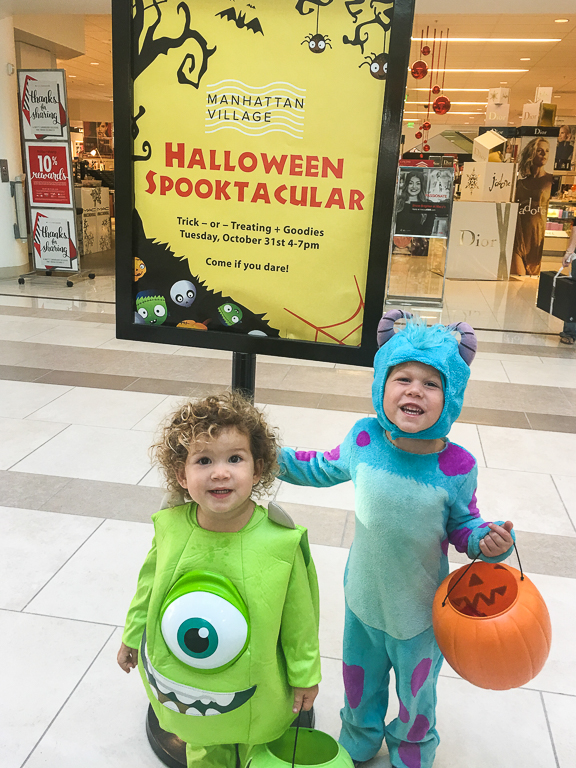 They even had a Minion wandering around. It was a little weird hearing him talk when the characters we meet at Disney are always mute. 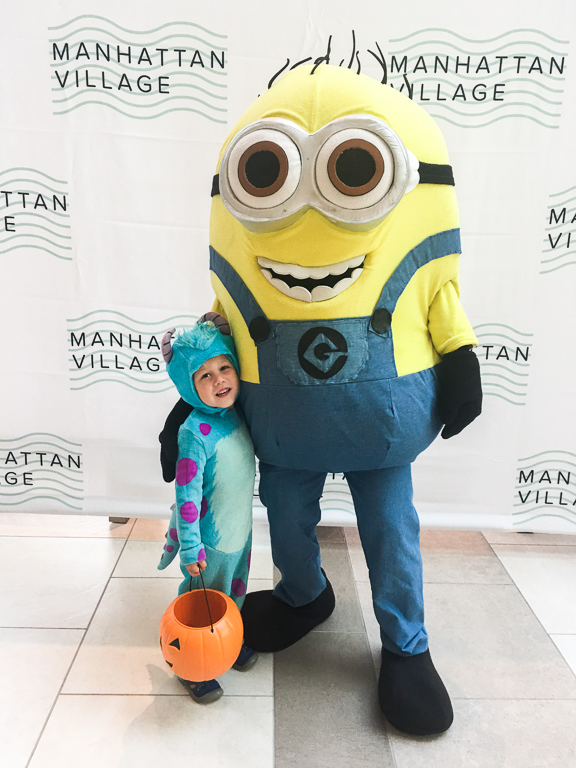 After visiting a bunch of the stores, we finished by the information desk where they were giving out massive handfuls of candy instead of just a piece or two. 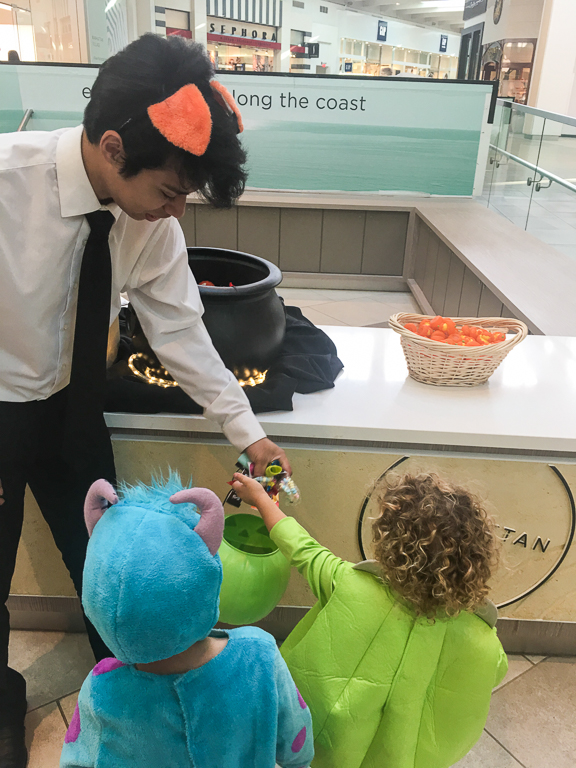 After eating a quick dinner, it was time to go out trick-or-treating! 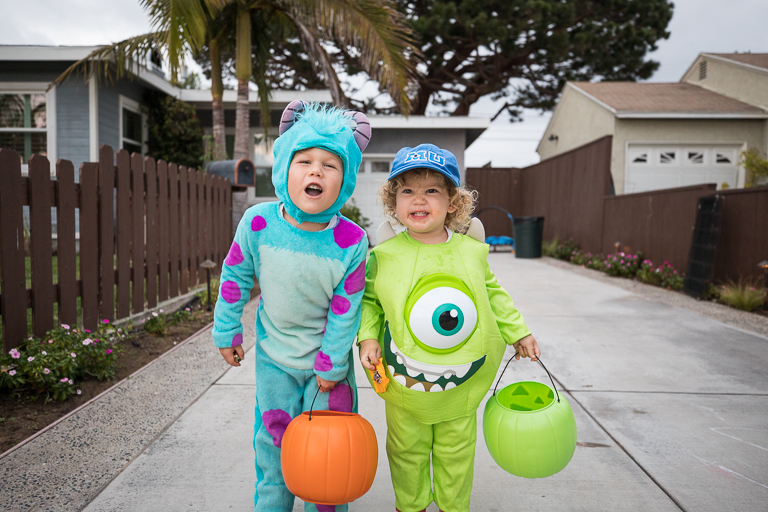 T and I donned our Child Detection Agency outfits.

We joined up with a group of neighbors with kids around the same age and worked the houses up and down our street. 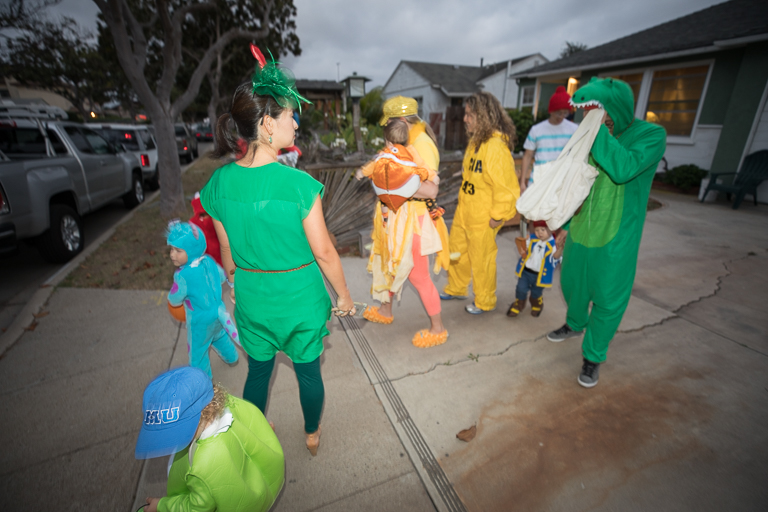 Ian and Alli both got really into it. Ian sprinting ahead of the group to the next house with Alli not far behind. 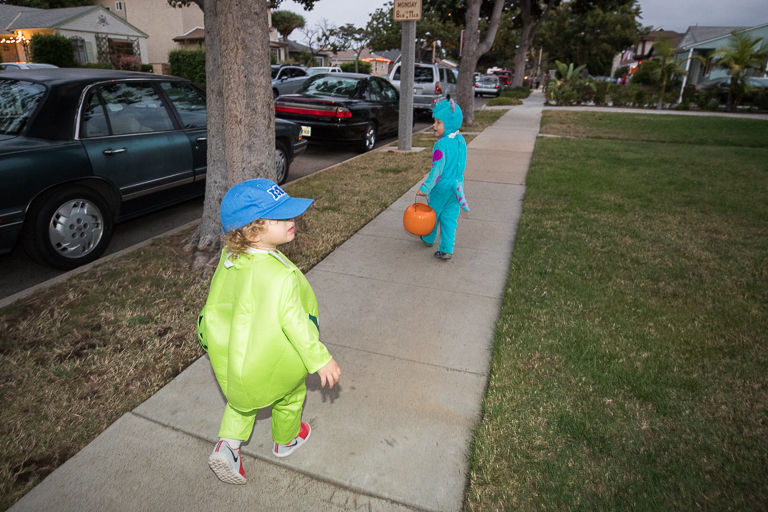 After collecting all that candy, it was finally time to start giving it away. 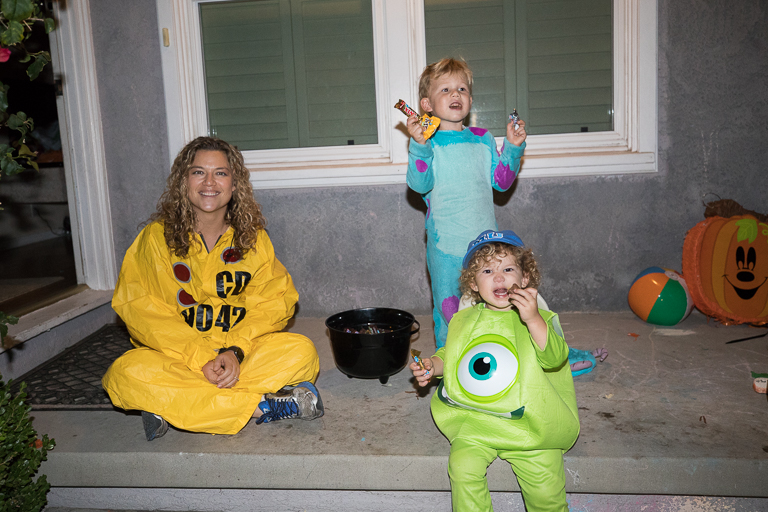 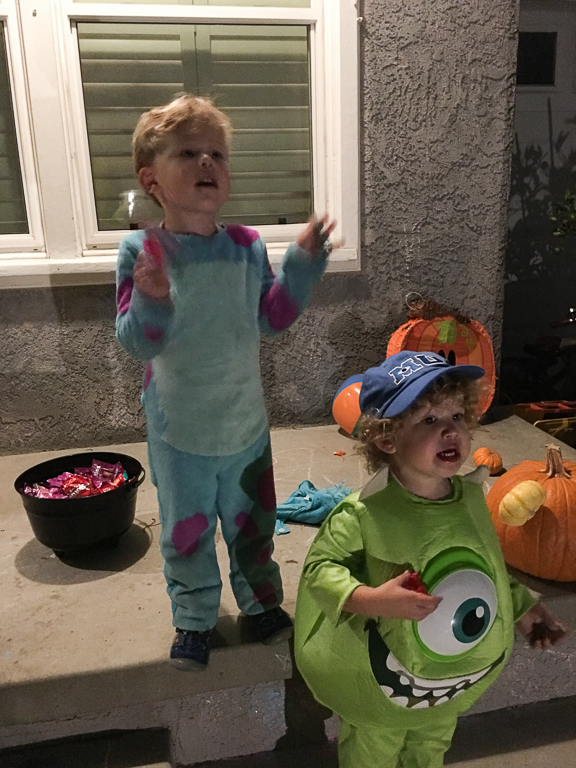 During the lulls between people, Alli was out in the driveway yelling for people to come get candy. 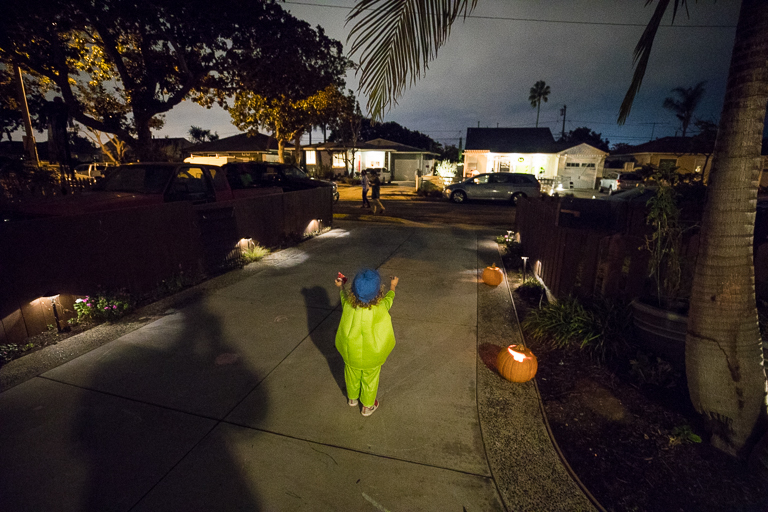 "I see someone across the street. We have candy!" 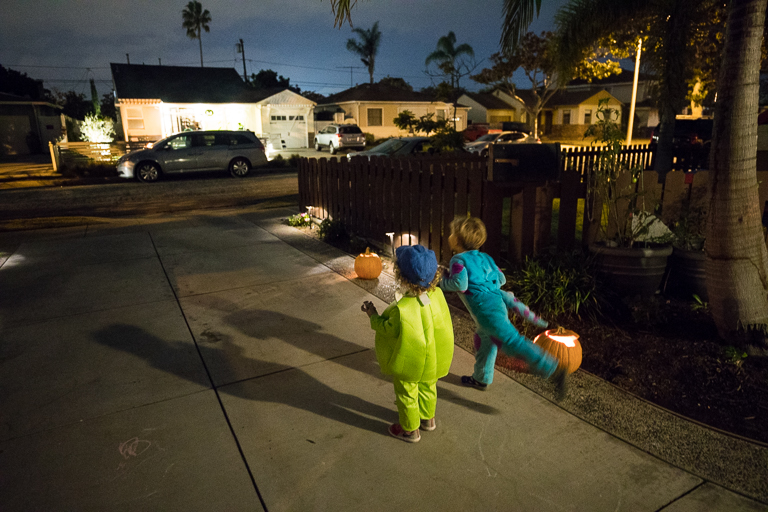 The kids coming to our house got a bit of candy. First Ian would grab 2 pieces and toss it in their bag. Then Alli would do the same thing, 2 more pieces of candy. 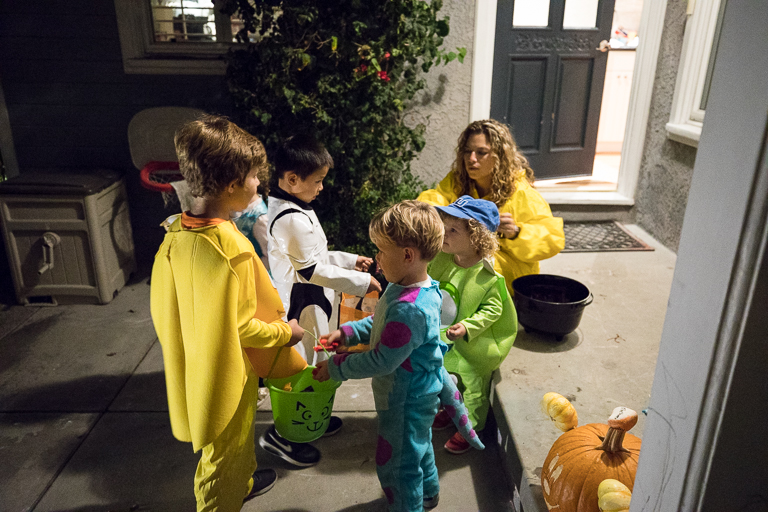 After handing out candy for an hour, the kids headed out for one last round of trick-or-treating. 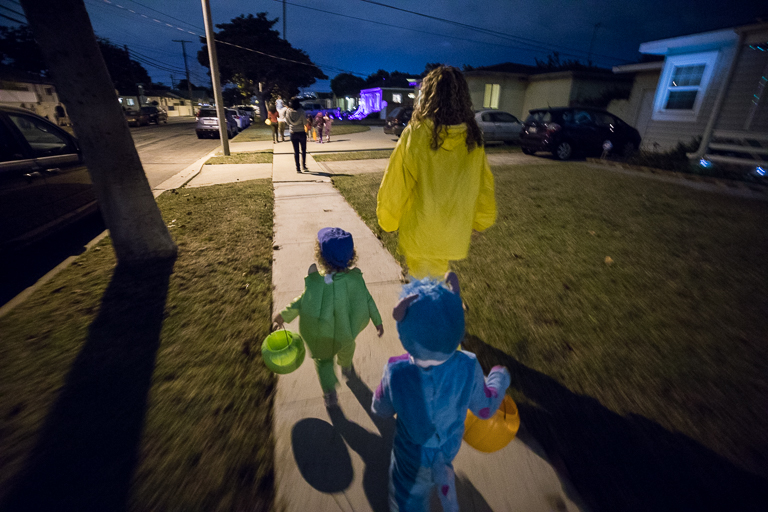 Super excited about getting more candy.

Ian admiring his haul.
I asked him what his favorite part was. Collecting the candy or giving out candy. "Eating the candy!" Ah, should have known. 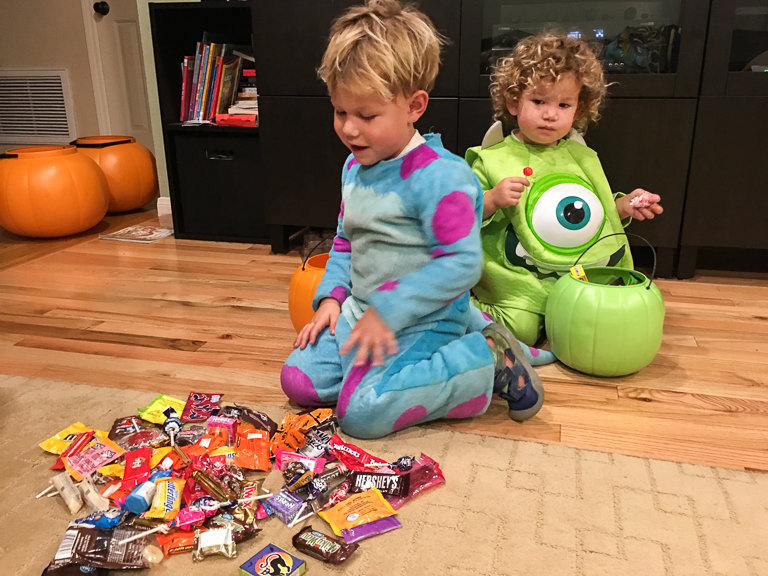 Alli checking to see what she came home with. 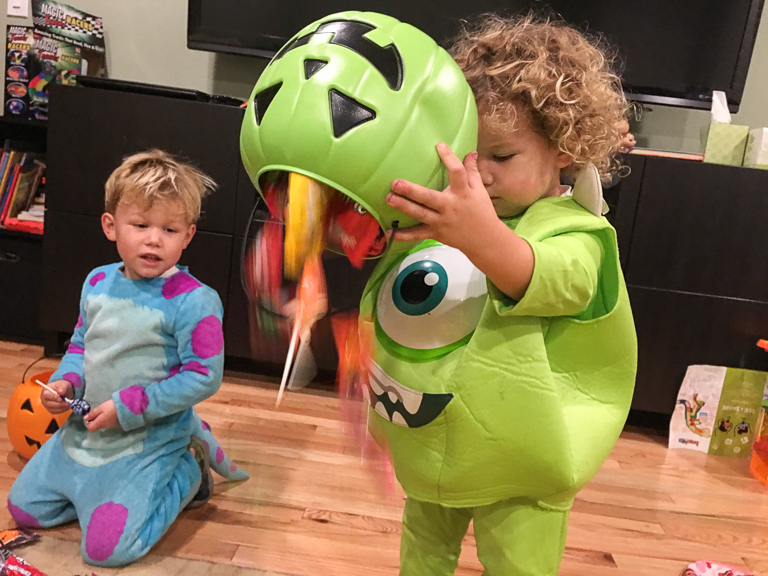 Fun times on Halloween!
Posted by Joe at 7:00 PM