Happy Sunday and welcome to Disneyland! 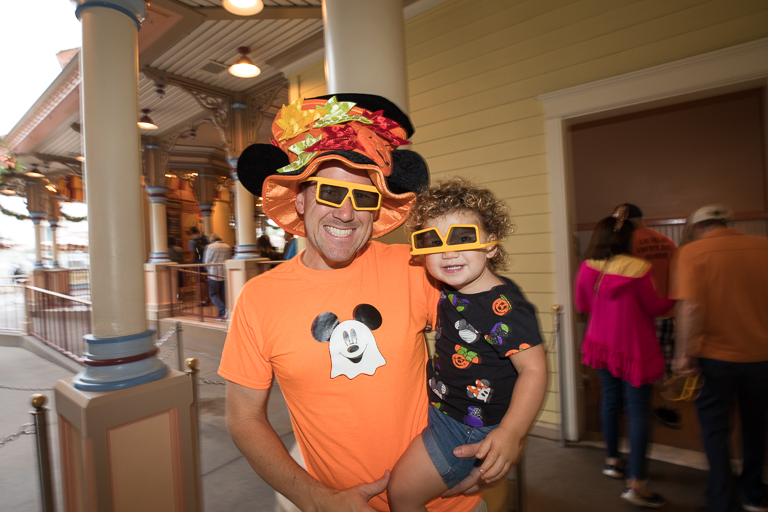 This morning we were booking it out of the house and made it to Disneyland early. Before much security arrived apparently. With only 2 tents working, the line was quite backed up. T and I are opting to make the walk through Downtown Disney rather than wait for the security line and then the tram line. 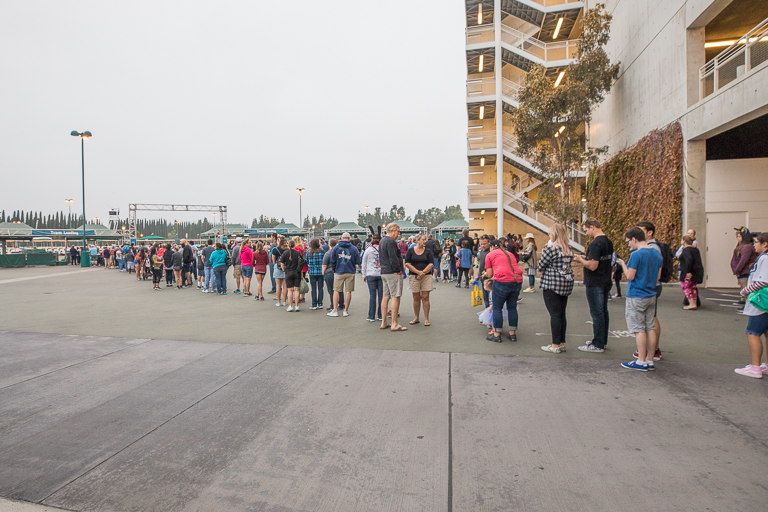 We actually made it to rope drop in DCA! First thing I did was grab a maxpass for Toy Story Midway Mania, and then we walked right up in the standby line. 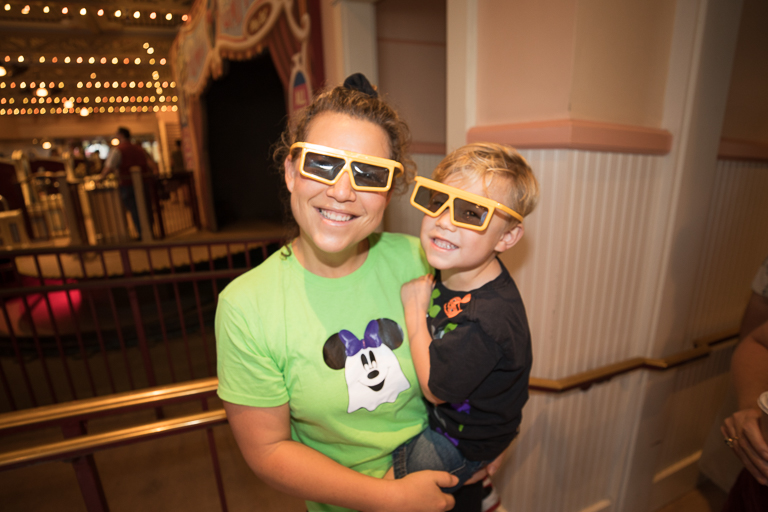 The benefit of going first thing in the morning, you might just see your score as the Best Today! 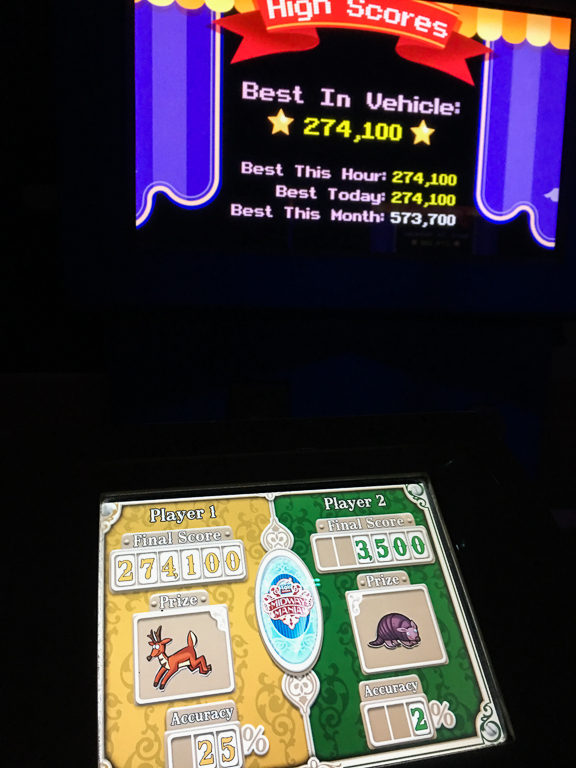 After exiting, we quickly redeemed our fastpasses and immediately snagged another FP for Midway Mania on the phone. The second time through I set a personal best! 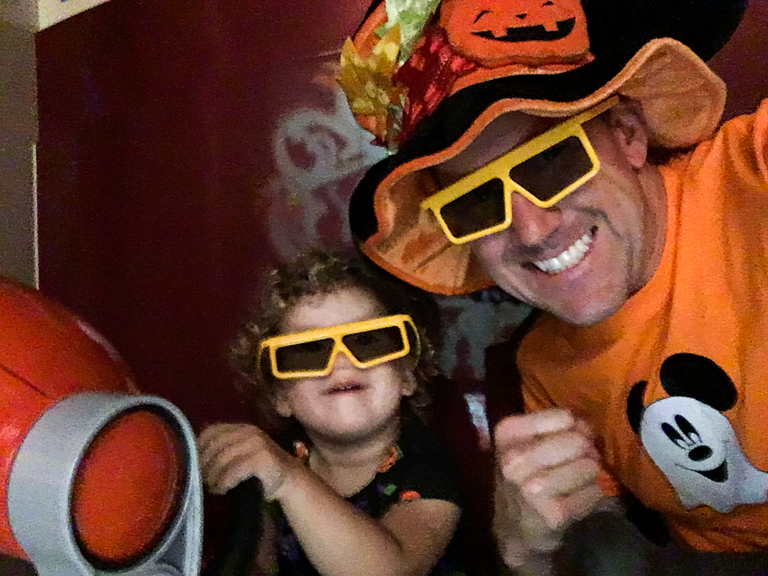 Finally I earned the bear! You have to be over 300k and I've been close a few times, but always just shy. After exiting we redeemed our FPs again and quickly snagged another round. In the end, the four of us rode Midway Mania 4 times in the first hour. Not a bad start to the day at all. 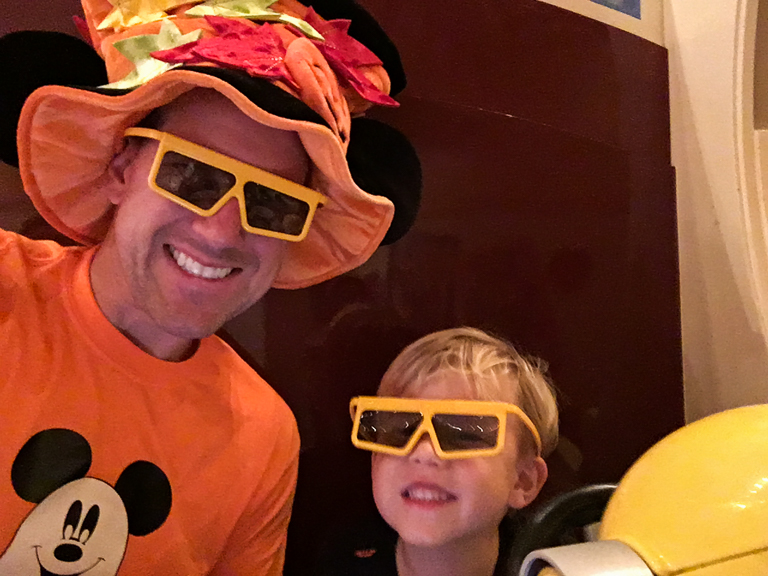 The kids were both excited to spend some of their birthday money today. They always like to play with the toys in the gift shop connected to Midway Mania. Of course they needed something that makes noise and lights up. 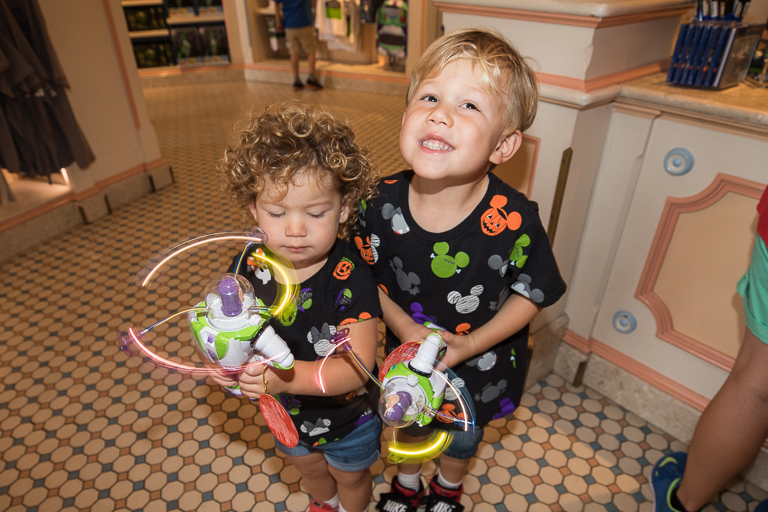 After walking on to Ariel, and nearly walking on to Mater, Ian decided we needed to ride Monsters Inc. And guess who happened to be outside posing for pictures? 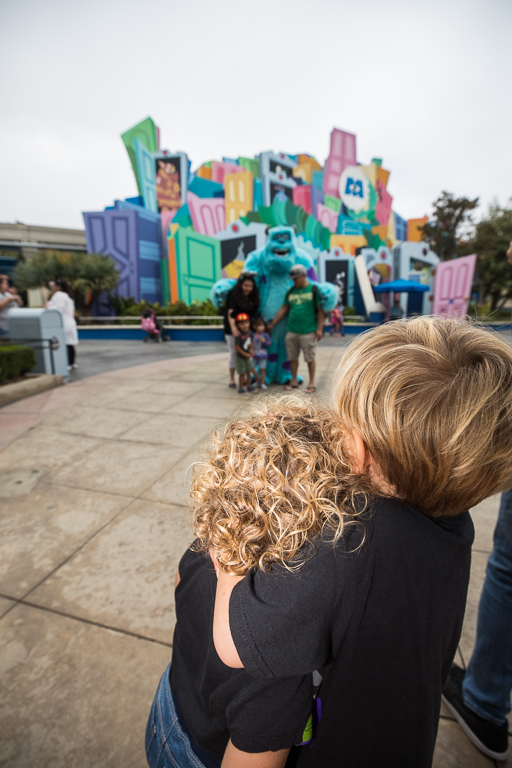 Sulley! Ian was really excited to tell him that he was dressing up as Sulley for Halloween. Sulley was very excited to hear that. Alli kept repeating "I'm Mike! I'm Mike!" 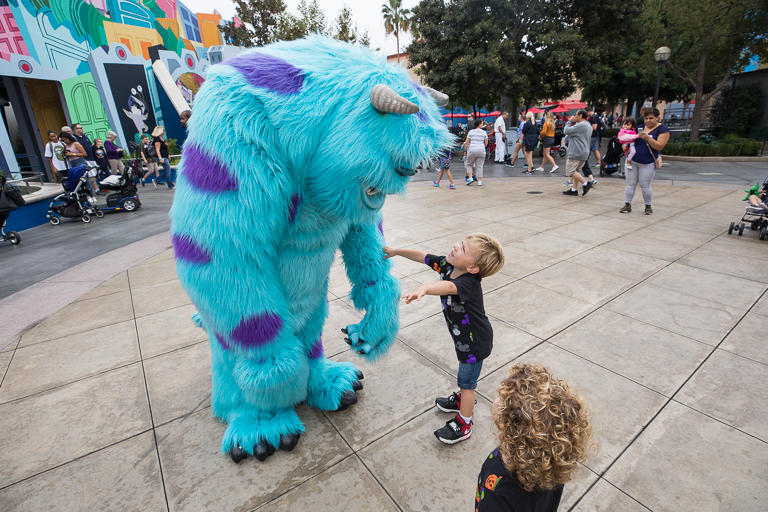 Picture from their birthday party yesterday where everyone came in costume. 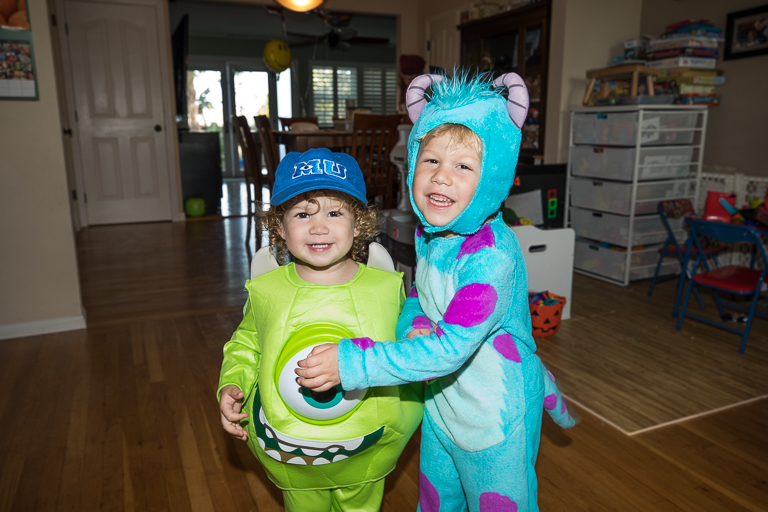 Alli ended up asking "Where's Mike?" to which Sulley pointed at the ride and mimicked punching in numbers. Ah, Mike is working on the scare floor I suppose. 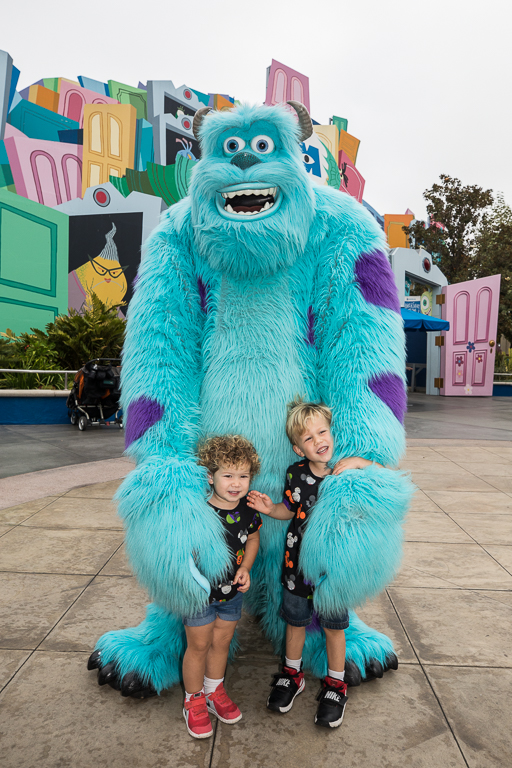 After spending our morning in DCA, it was time to head over to Disneyland, and the difference in crowds was dramatic. It was packed at the entrance, packed on Main Street, and packed along the walkways. The kids took a spin on Gadget's Go-Coaster, ran around Donald's boat, and ran around Goofy's garden and house. 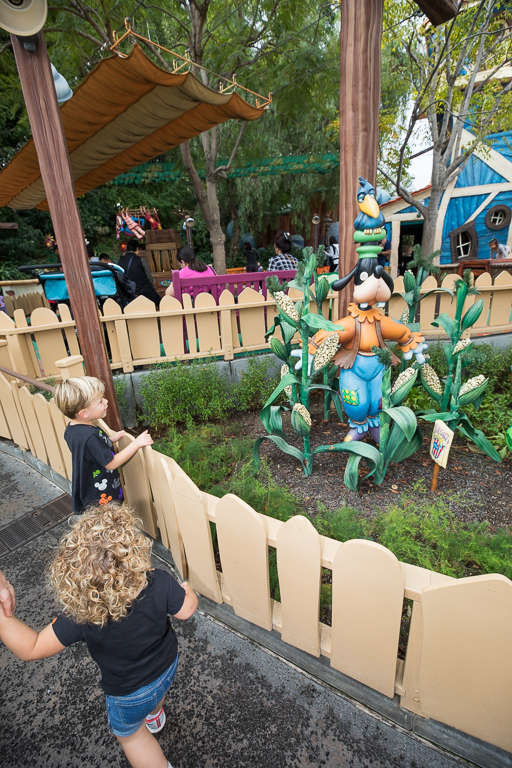 The piano makes weird sounds. Like a meowing cat and a chicken. 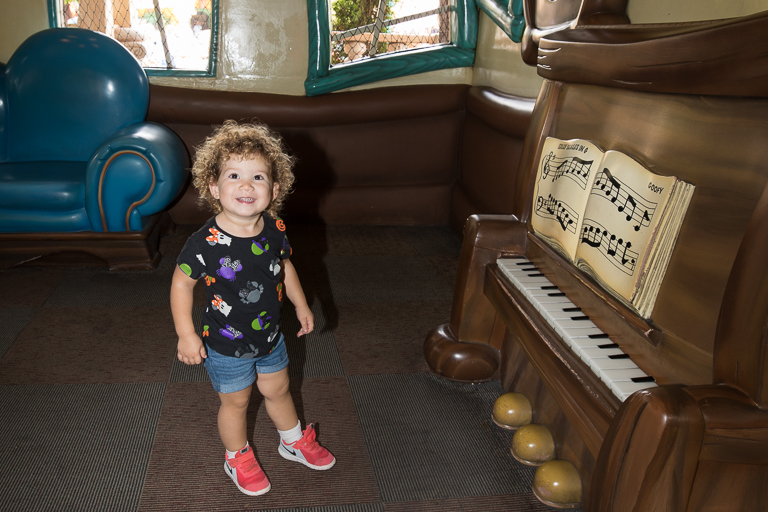 I think we've got our money's worth out of the AP popcorn bucket. Just $1 refills for the past month and we've had dozens of refills. And I think we've turned Ian into a popcorn snob.
Ian - "I want the yellow ones"
Notice how he's left all the white kernels. 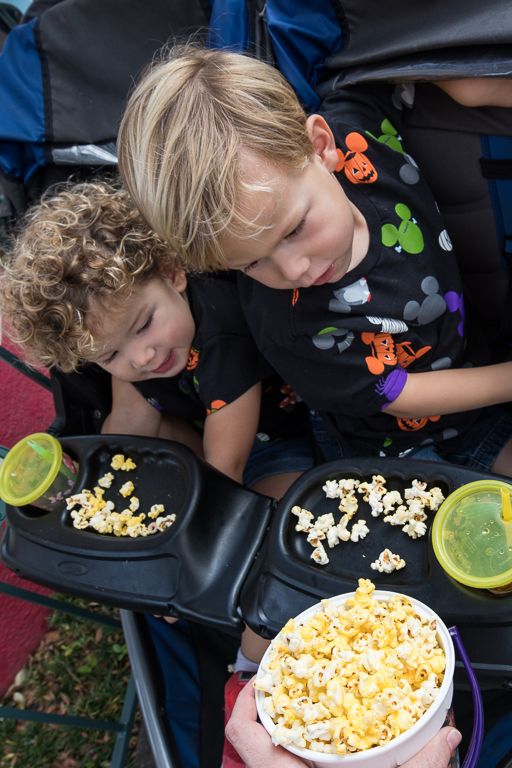 Good for feeding ducks. And now that they've cleaned out the ponds near Big Thunder we can see other things too. Like a big turtle! 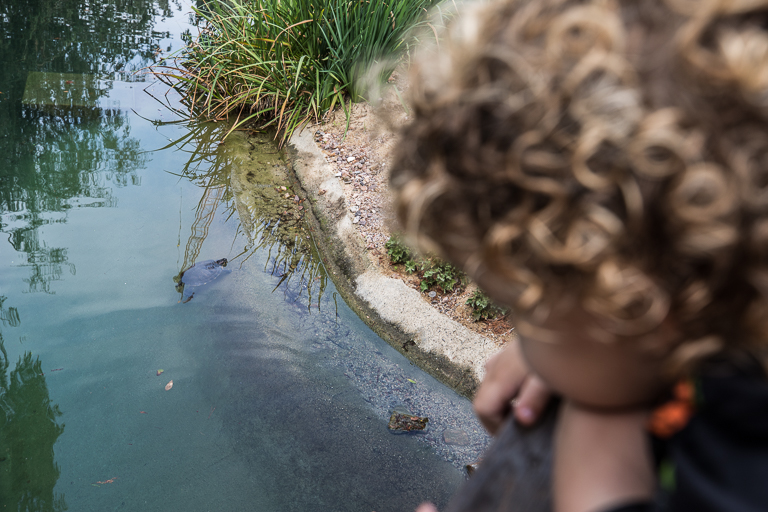 What's the long line here for? 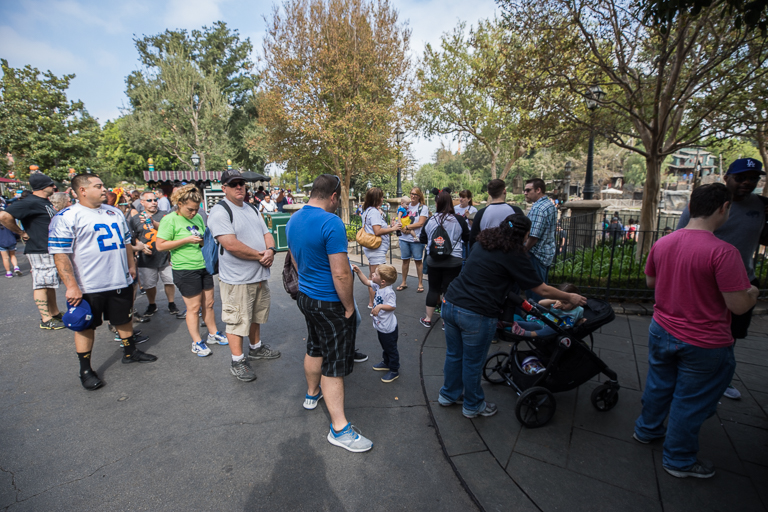 I think we've tried most of the special holiday items offered, but the S'mores churro has evaded us. Not today. 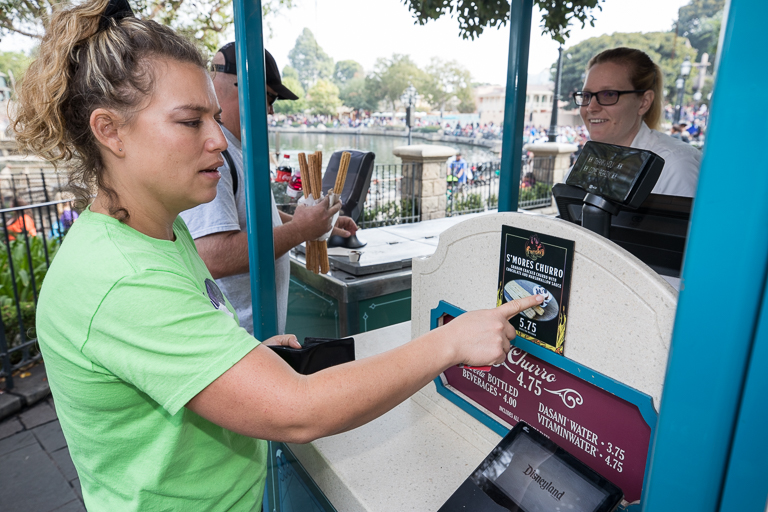 Covered in graham cracker dust and served with a cup of marshmallow fluff and chocolate syrup. 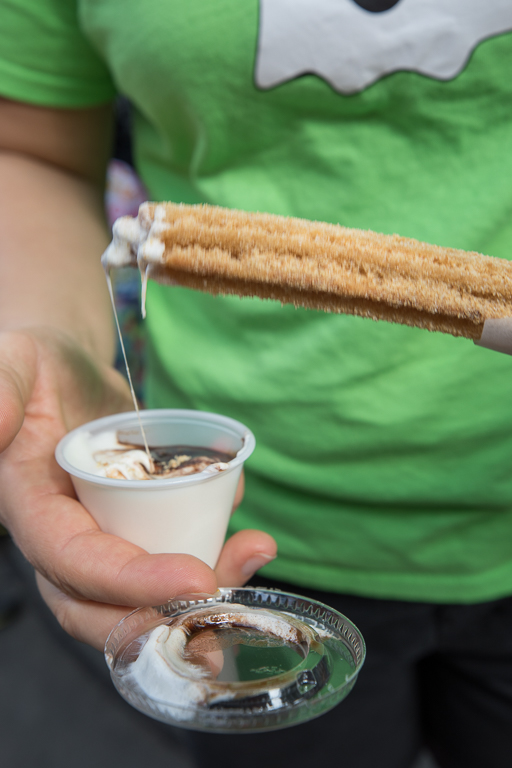 Someone just likes the marshmallow. 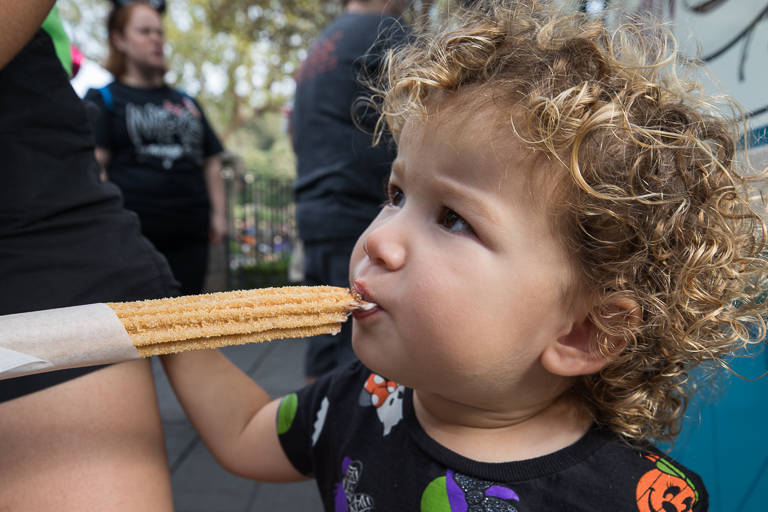 Not bad. And with so much turn-over, they came out hot and fresh. 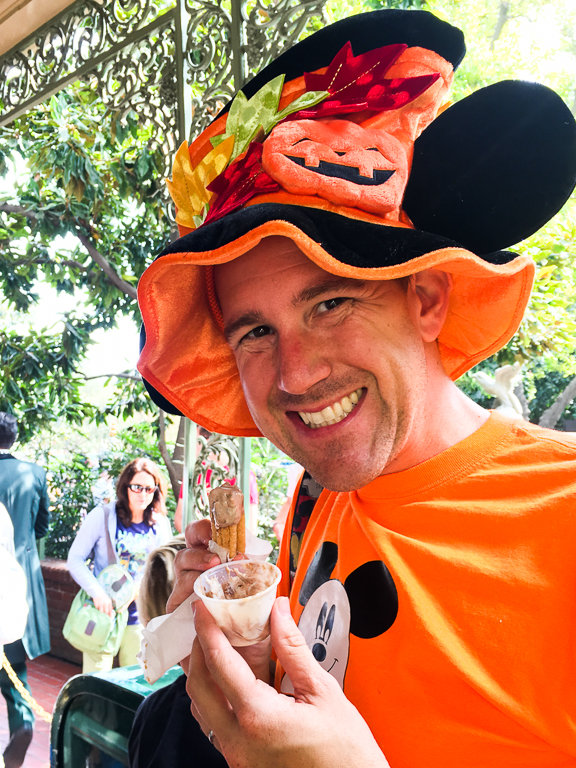 A ride on Holiday Haunted Mansion is always a requirement. I'm getting better and better at taking shots of the gingerbread house. 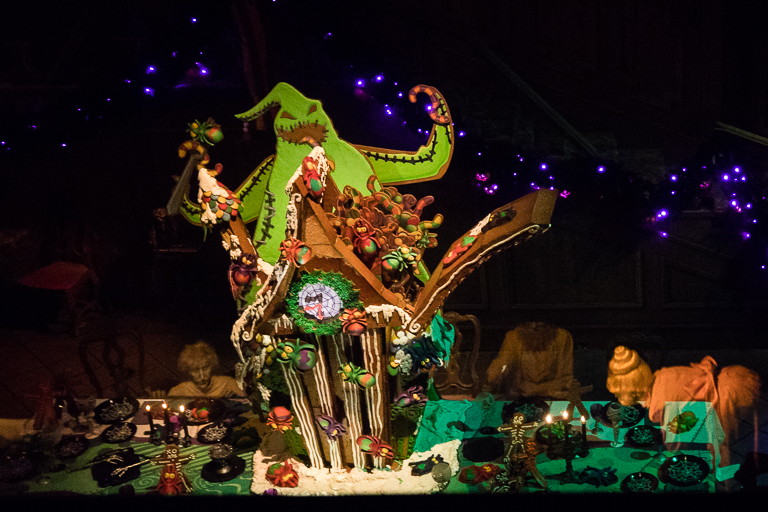 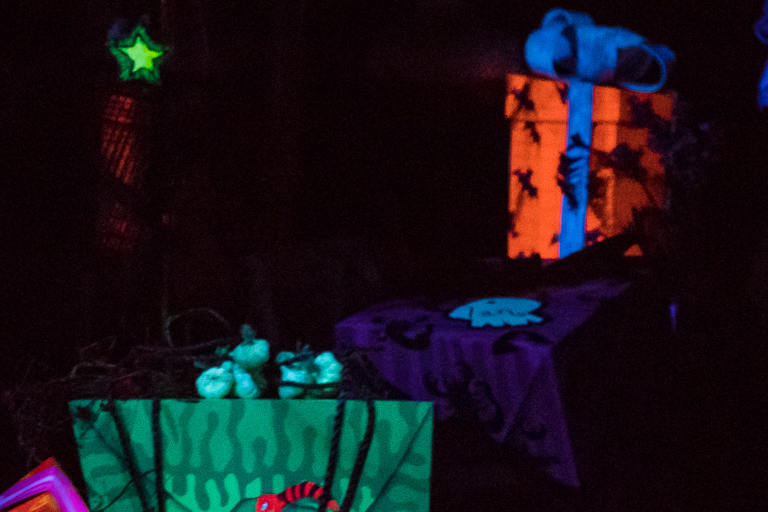 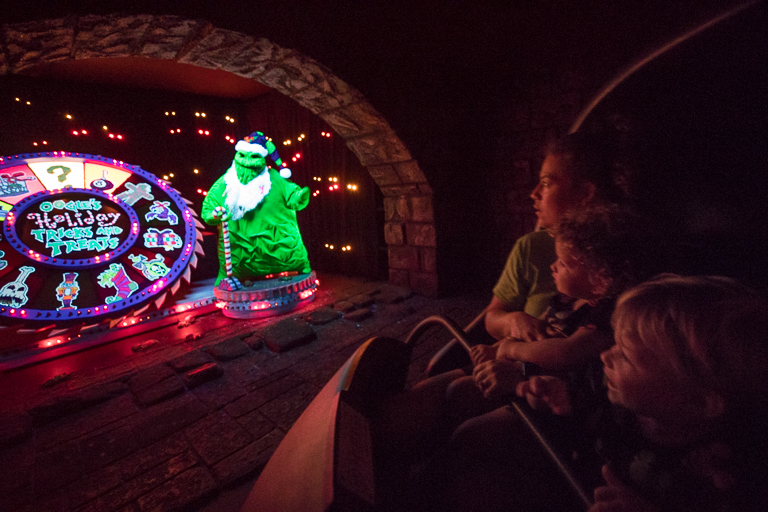 Ian has to ride Splash Mountain. 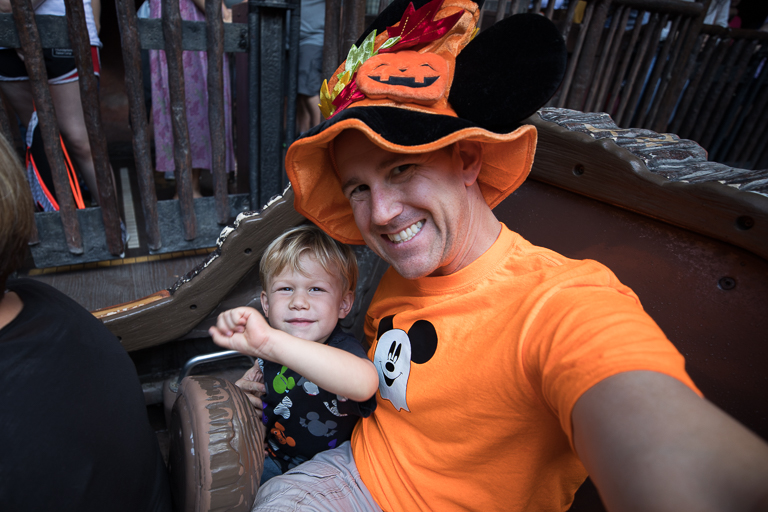 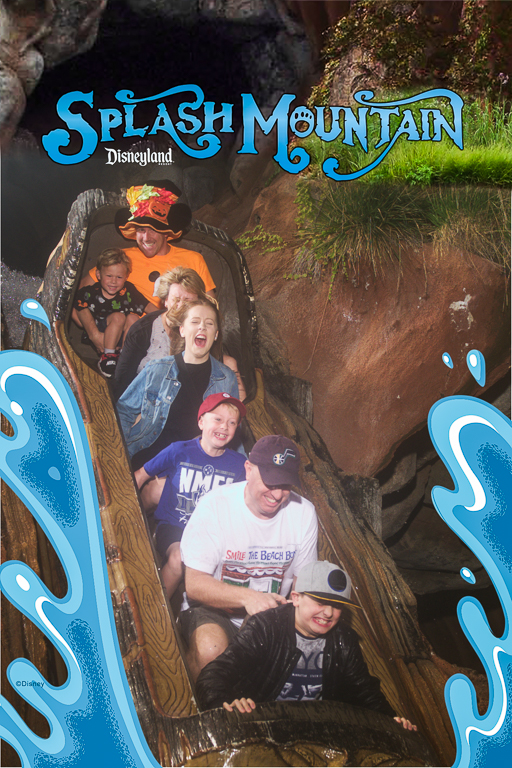 After meeting up with T and riding Pooh, it was getting crowded and time to get going.
One more thing for the kids to spend birthday money on. The candy shop! 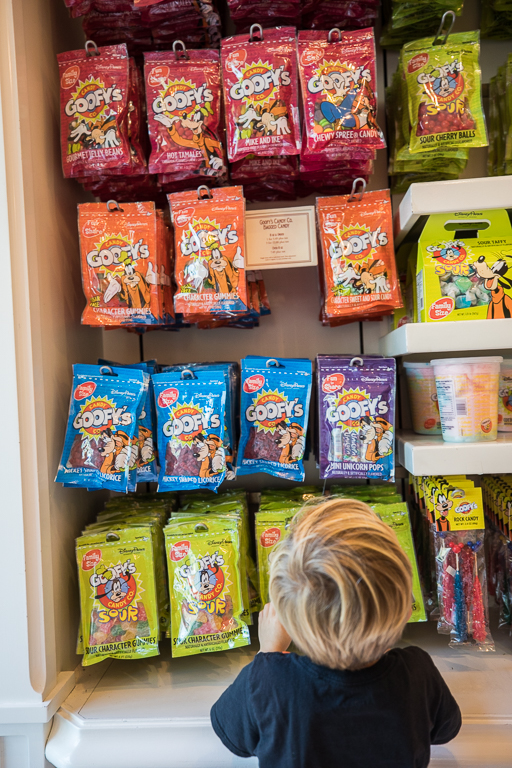 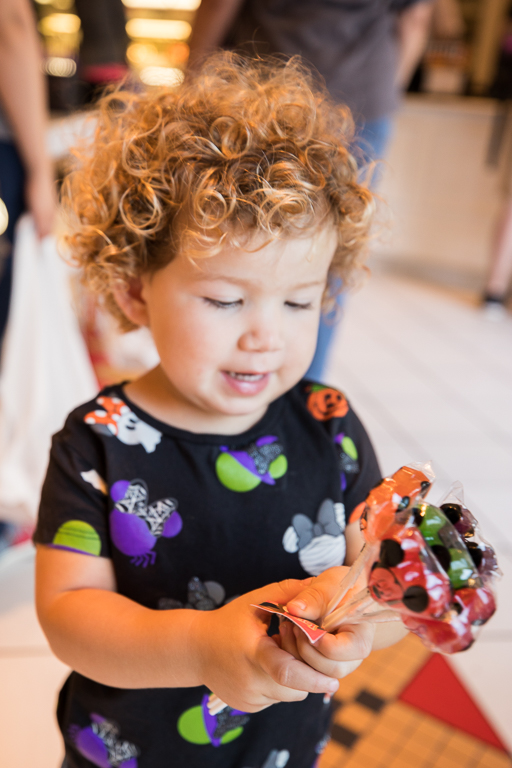 Another fun weekend at Disneyland!
Posted by Joe at 1:30 PM