It's nearing Valentines Day, which means it's time for all things chocolate! The plan for Saturday was originally to head to Disneyland, but Jacob reminded us that the 15th Annual Belmont Shore Chocolate Festival was also on Saturday, so we knew we had to go! 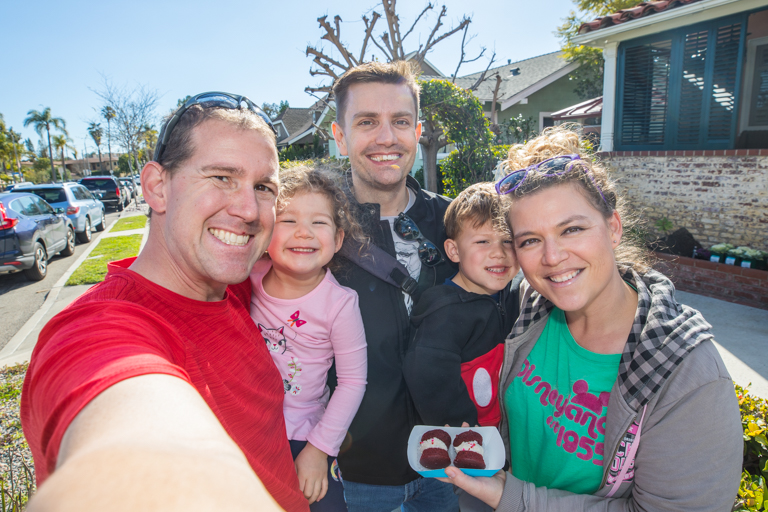 The Chocolate tasting kicks off at 1pm and goes through 3pm. I feel it's always better to be on the early end of things, so we parked at 12:45 and met Jacob to head down to 2nd street. 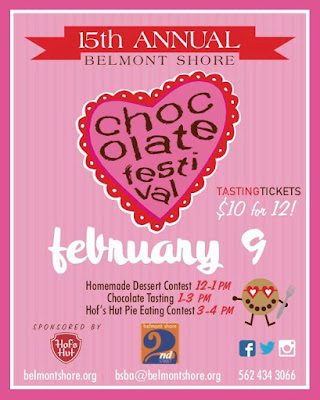 First we need tickets! 12 tickets for $10, meaning each ticket is worth about 83 cents. Everything is centered around the Chase Bank, which is were we picked up $20 worth of tickets. 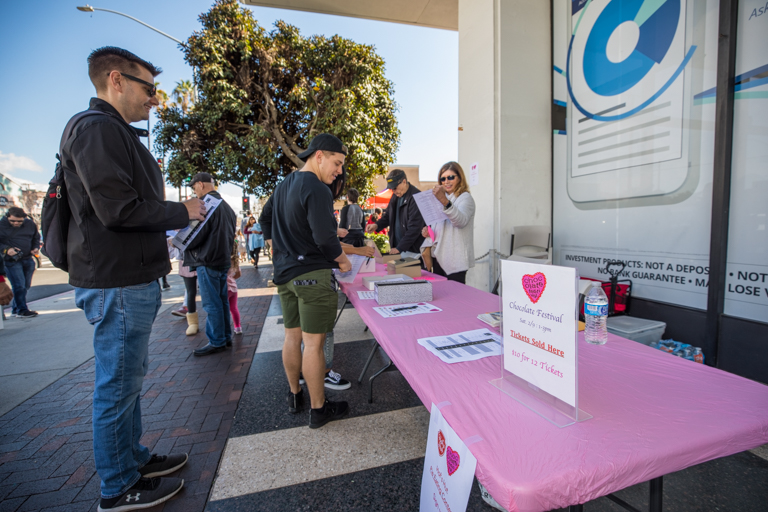 Just around the corner the homemade dessert contest was wrapping up. Lots of delicious looking items. 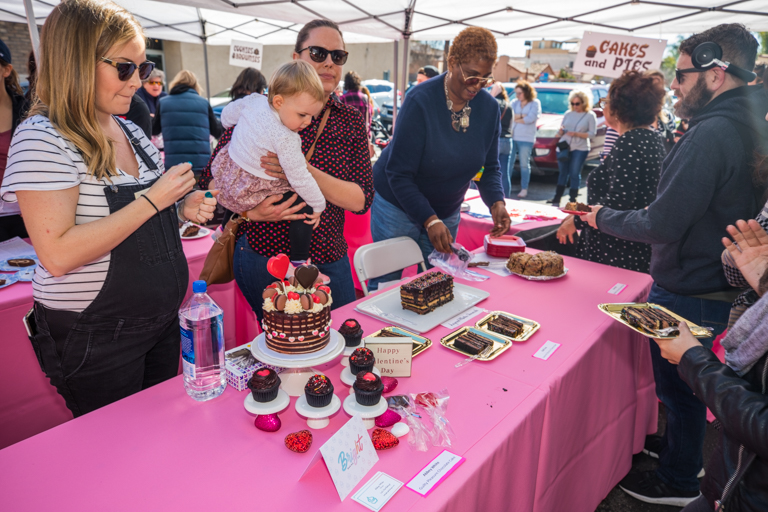 And since the judging was finished, everyone was giving away samples of their desserts! 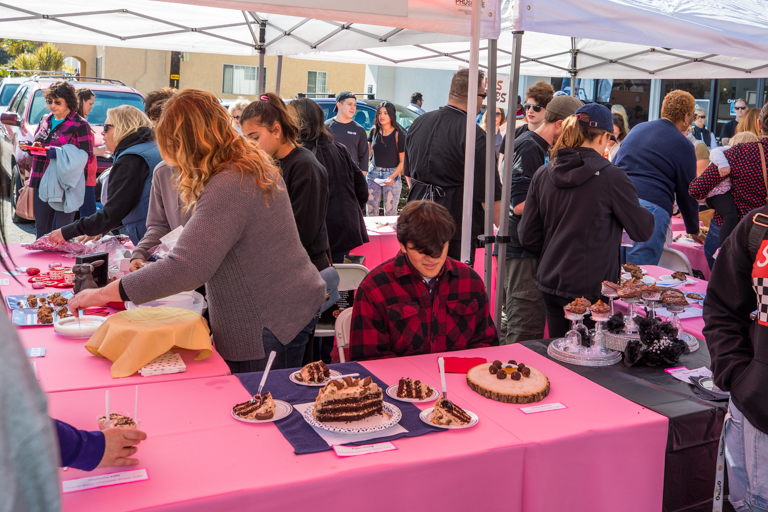 All told, there were 5 tasty treats we got to sample, and it was all free! 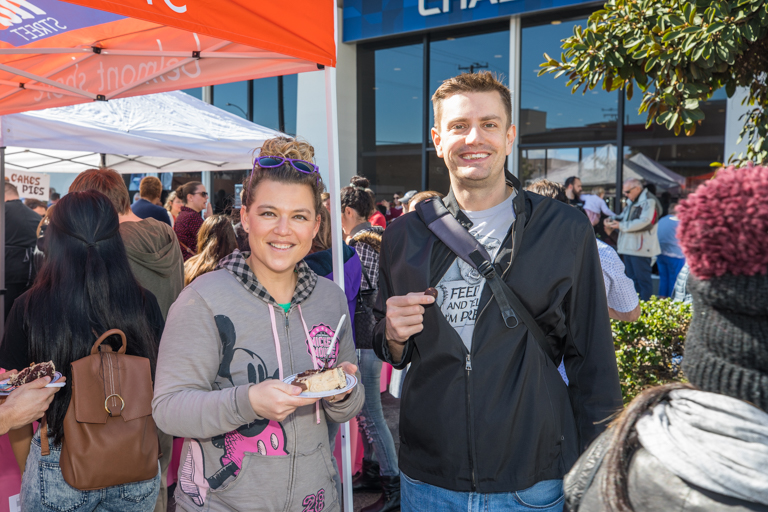 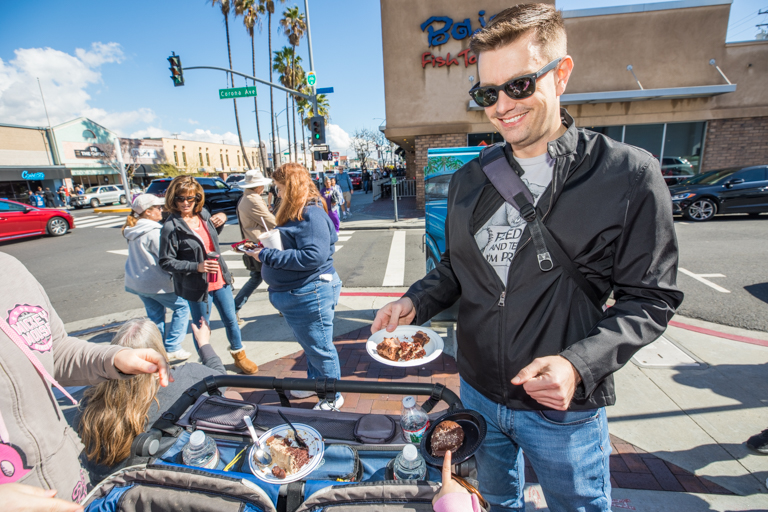 Alli has been looking forward to this since yesterday. The girl loves chocolate. 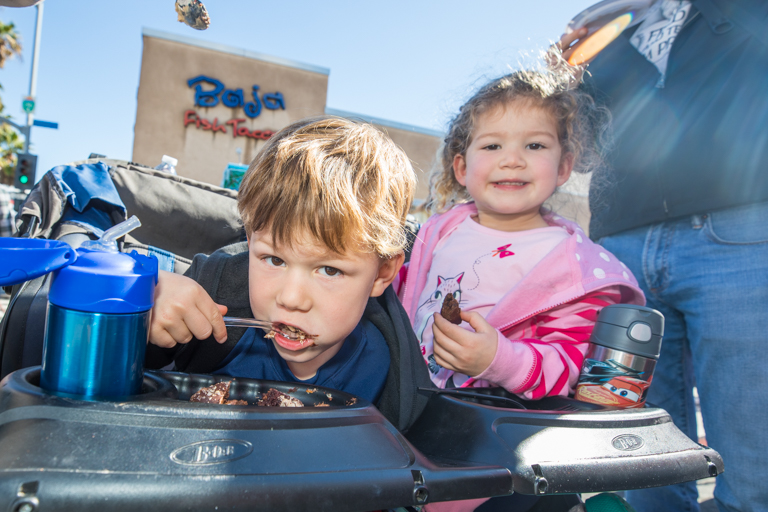 And it's a little messy. 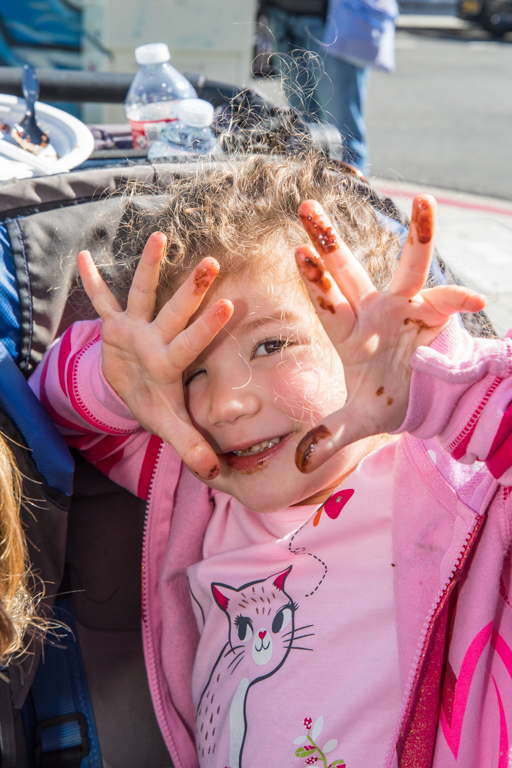 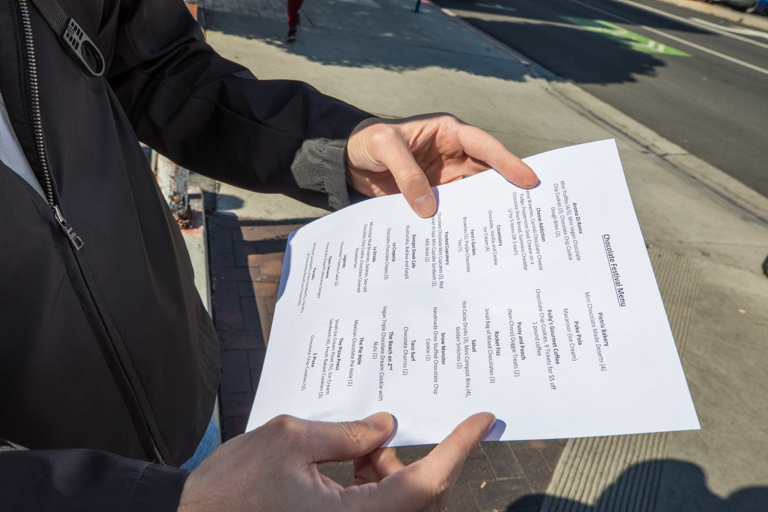 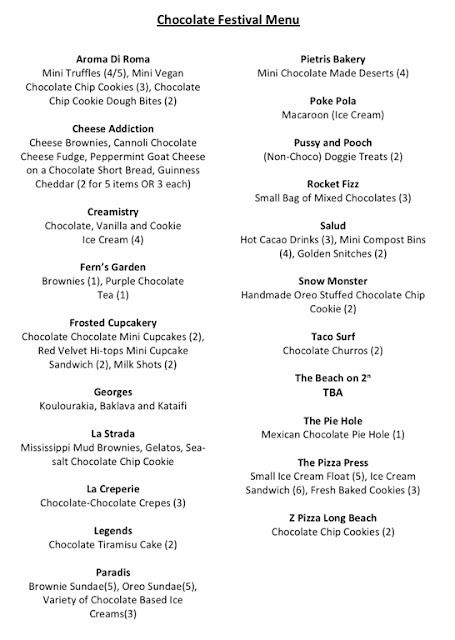 Things were still getting set up in some locations. 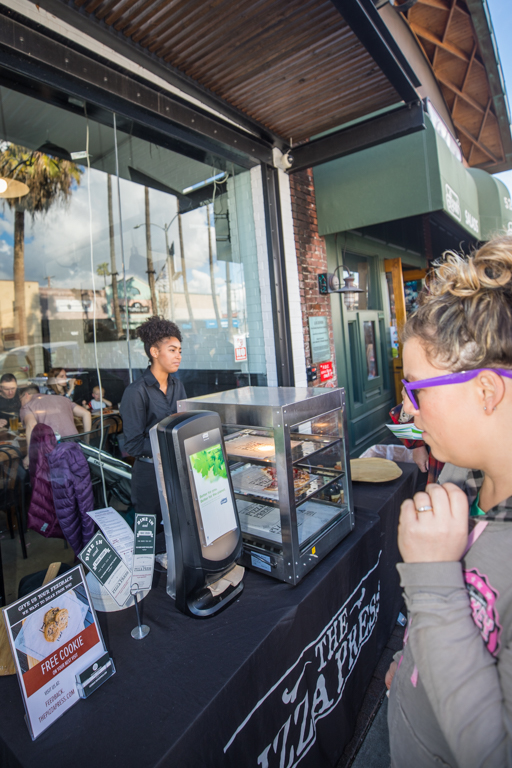 The Pizza Press had these chocolate and strawberry pizza slices available for 3 tickets. Having just come from the homemade desserts, none of us were really feeling it yet. 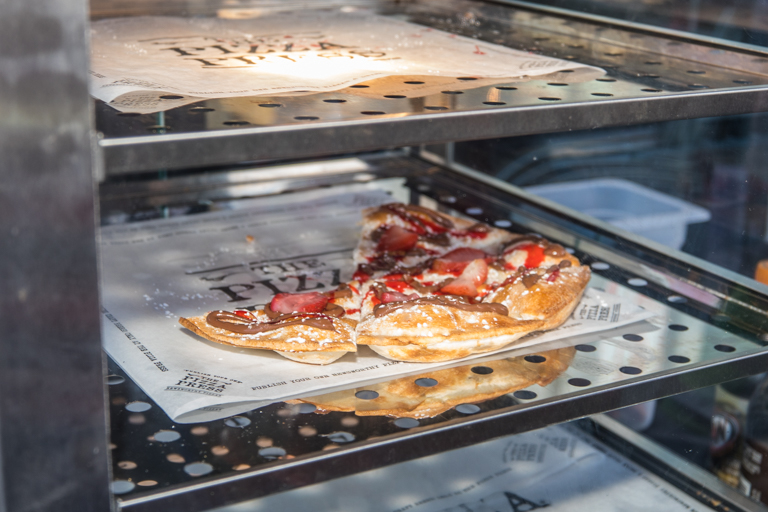 At Fern's Garden, they were giving away Purple Chocolate Tea along with cookies and brownies just inside the door. 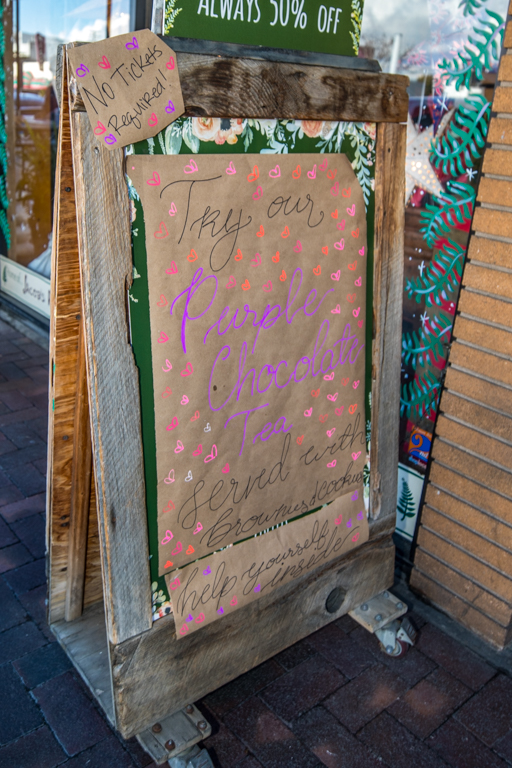 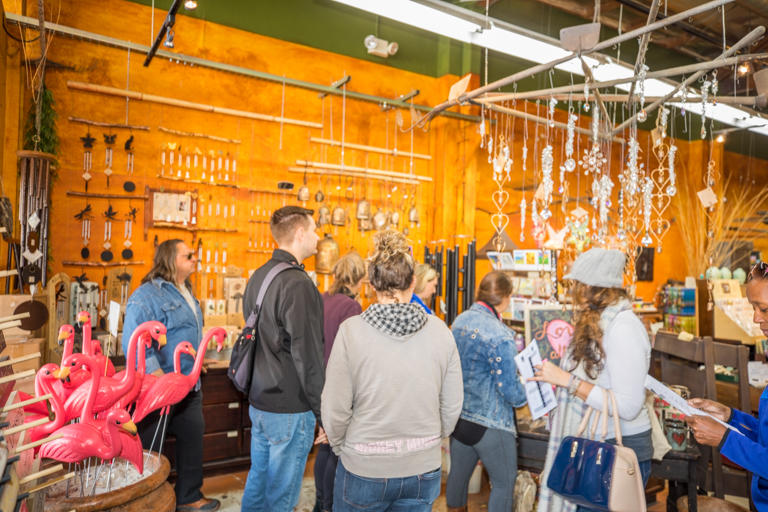 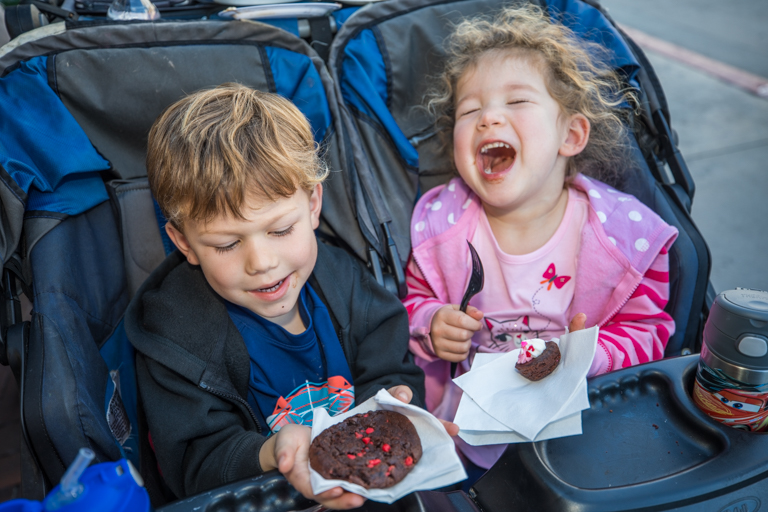 Cheese and chocolate. A combination that I think goes really well together. Salty and savory cheese with a sweet chocolate. 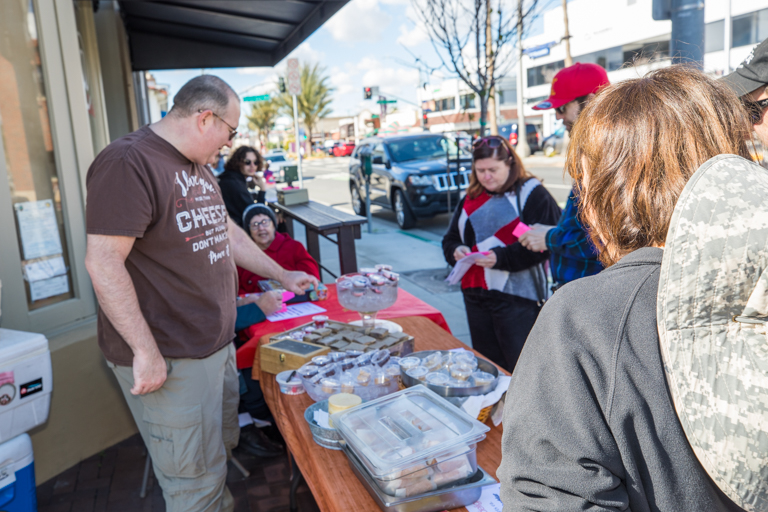 Over at Paradis, the line was out the door. After waiting 15 minutes or so, we were inside and saw there was only 1 person behind the counter trying to take care of everything. I overheard her saying she didn't know this was going on. That's rough. It's going to be busy for the next couple hours! 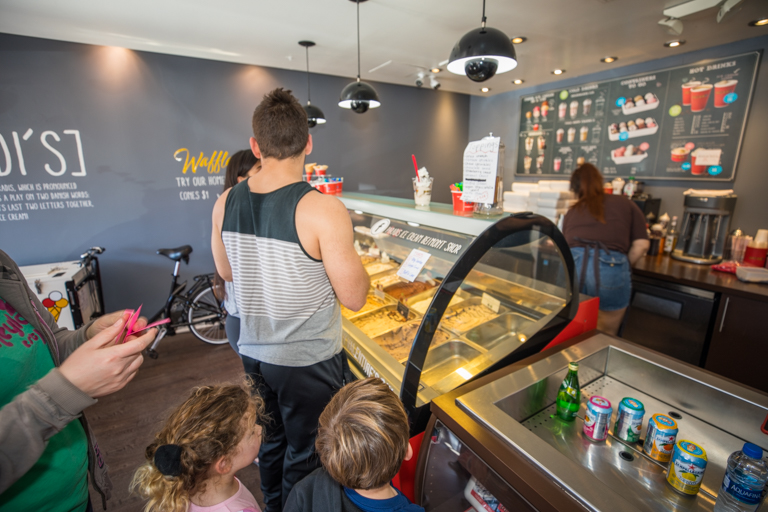 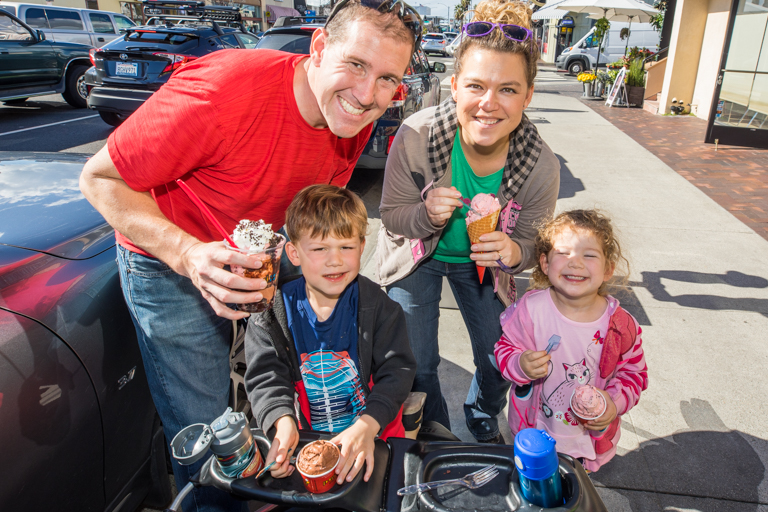 And the sundae was delicious. Paradis has a fantastic strawberry sorbet and today they're mixing it with chocolate, calling it chocolate dipped strawberry. It's amazing. 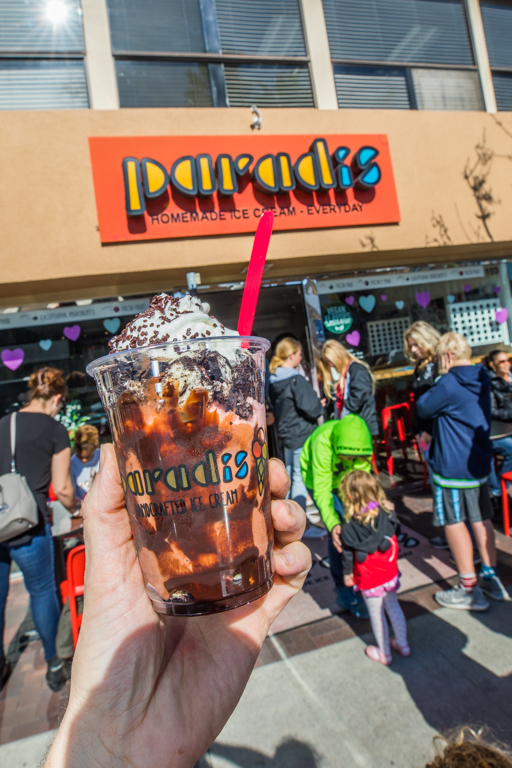 I noticed a few more stores opted to not have a booth on the sidewalk, but instead have customers come inside to spend their tickets. Perhaps it's to show off some of their other offerings. 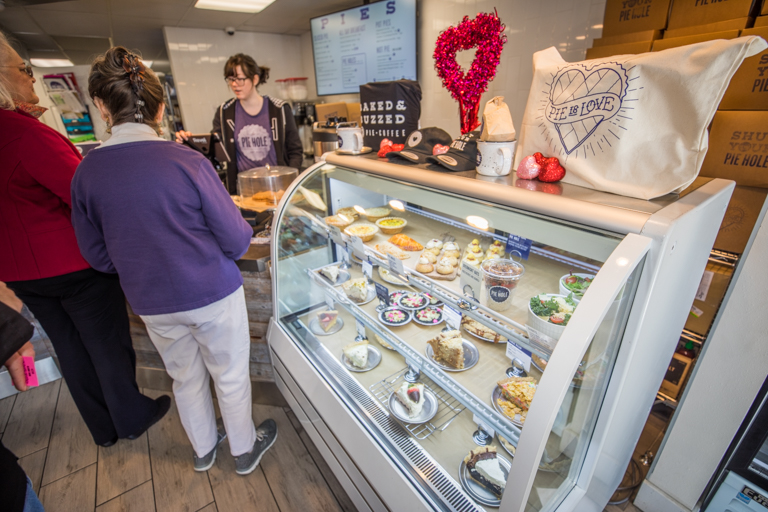 Like this Fruity Pebble cheesecake that can be topped with Frosted Flakes or Froot Loops. Another time perhaps. 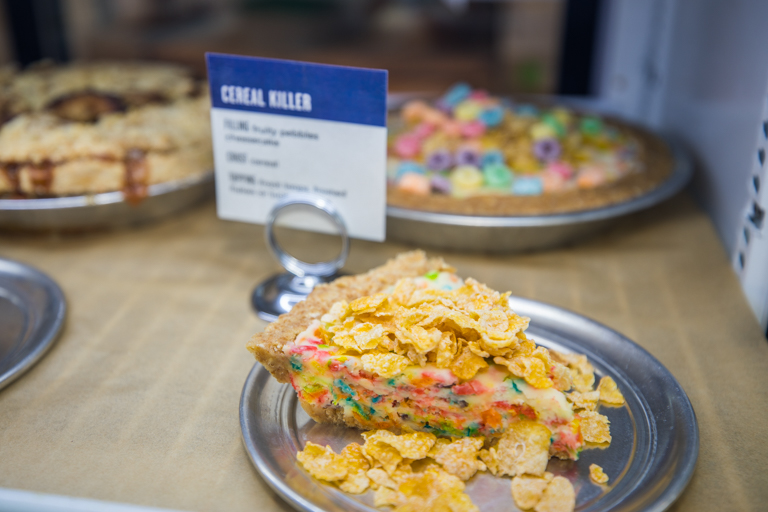 Instead, these Mexican Chocolate Pie Holes were pretty tasty. 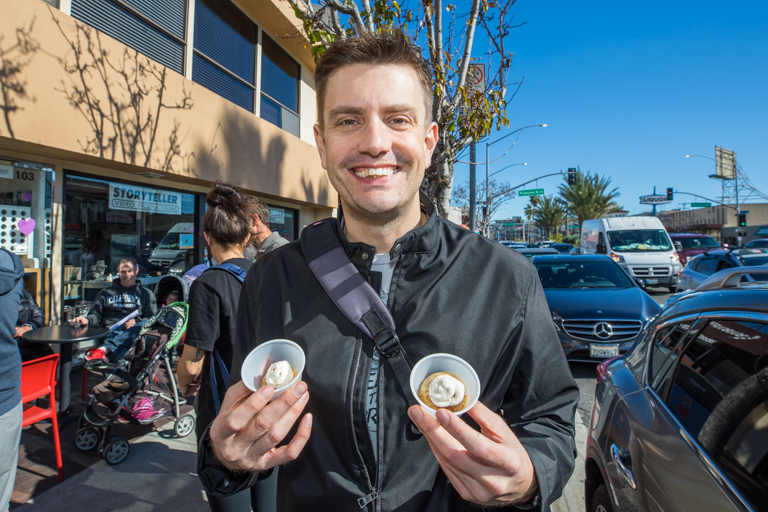 The insides were a nice dark bitter chocolate. 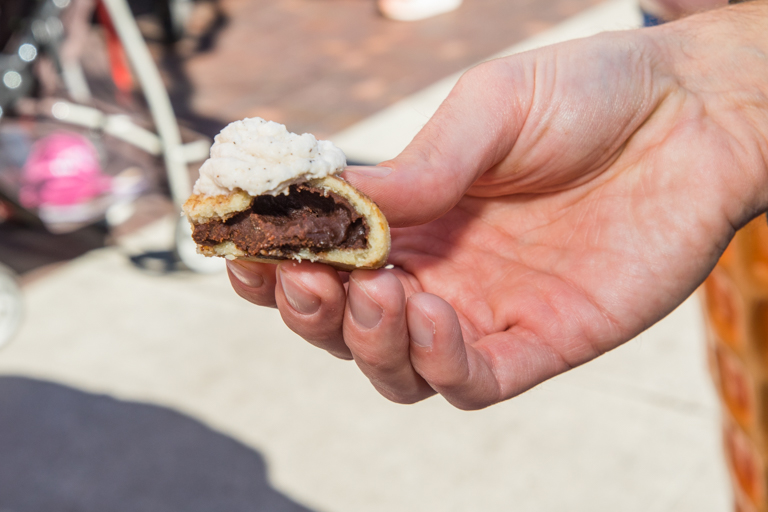 At Snow Monster, these Oreo stuffed chocolate cookies were selling as fast as they could make them. 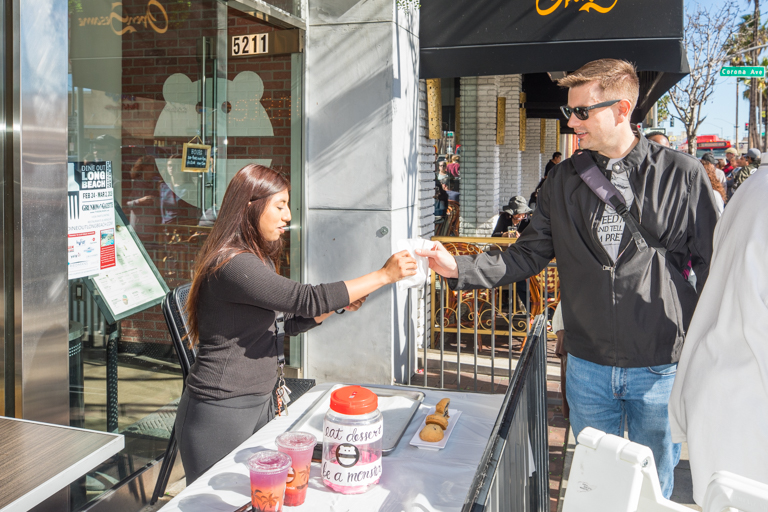 Jacob got one fresh out of the oven, and I had to hurry up to take the photo because it was burning his hand. 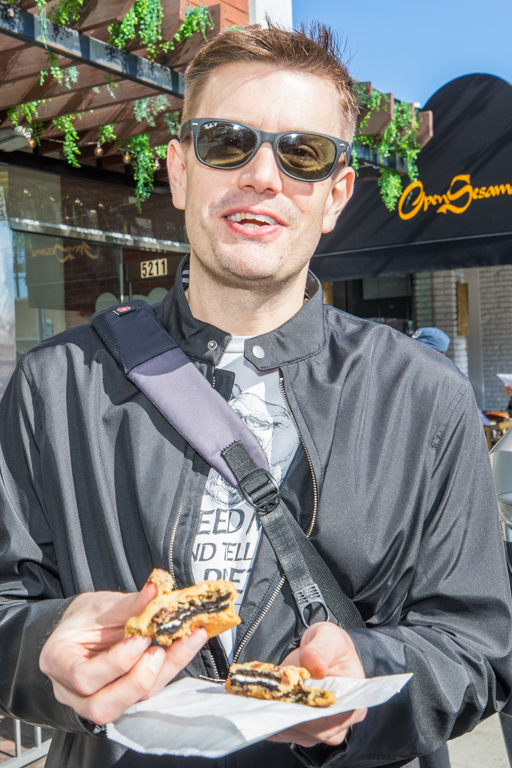 Our final stop of the afternoon is the Frosted Cupcakery. It's not as good a deal as before, costing 2 tickets for each cupcake (versus 1 before), but it's still an easy place to finish the last of your tickets. 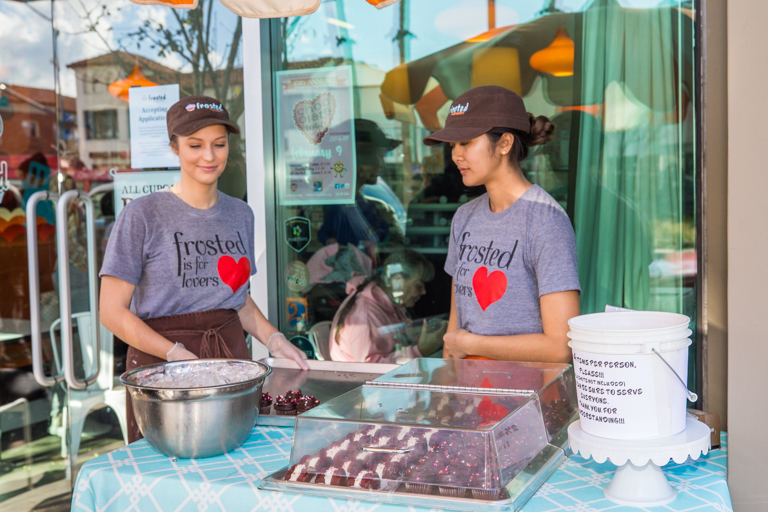 A couple red velvet hightops to bring home to the grandparents. Yum! 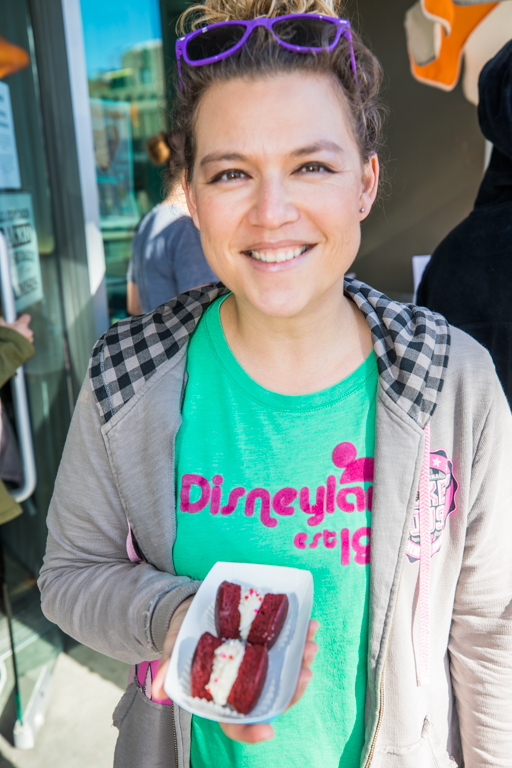 Thanks for the invite Jacob! It was a delicious afternoon!