How much creme is enough to have in an Oreo Cookie? More. The answer is always more.
Well Oreo heard everyone's cries for More and stepped up their Stuf game. 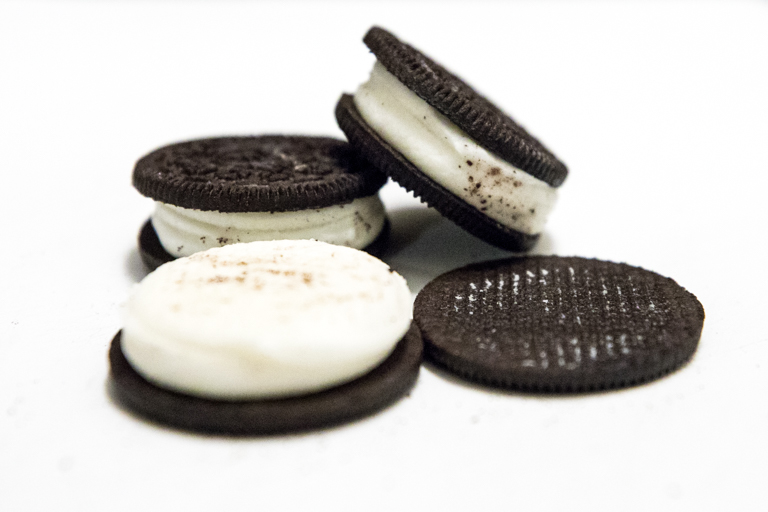 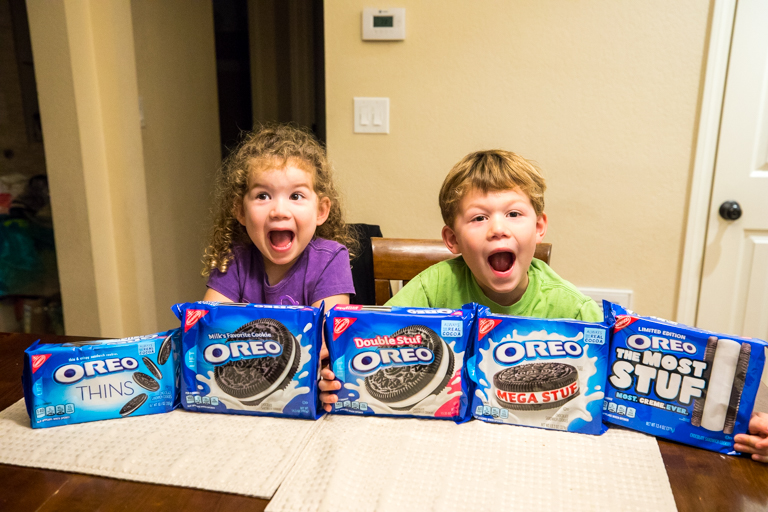 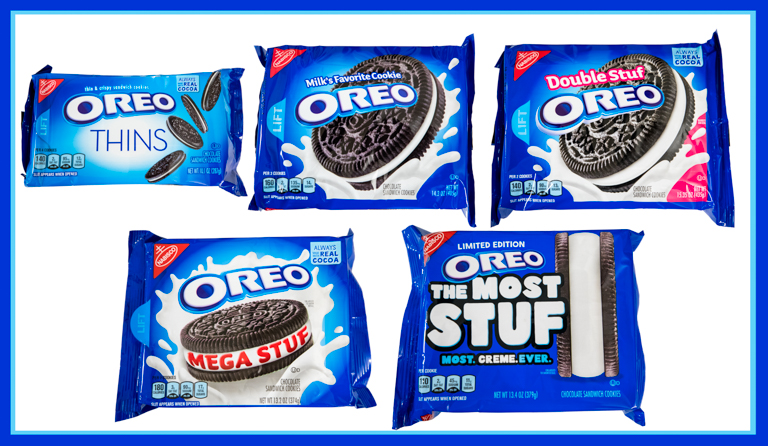 A comparison side-by-side of all five cookies and the increasing amounts of creme. Yes that's 110 calories for just 1 Oreo Most Stuf cookie.
Like the graphic I made? Almost professional looking.

Let's break down the cookies.
Oreo Thins - A super thin cookie and a very thin layer of creme. First released in 2015. 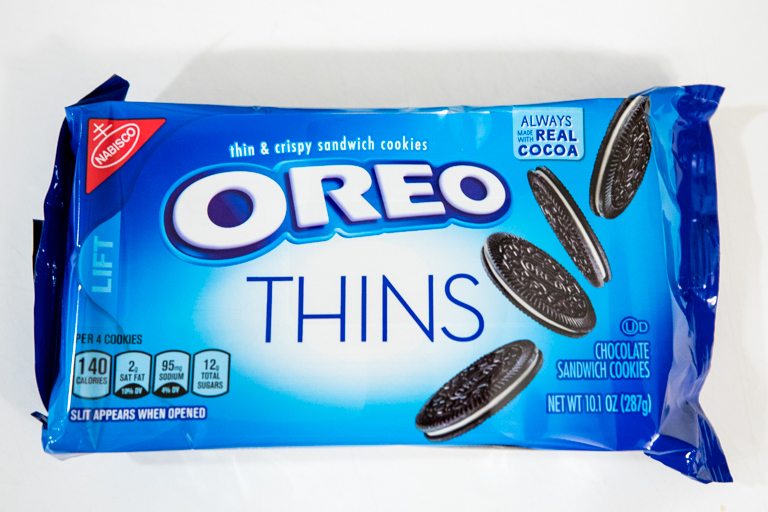 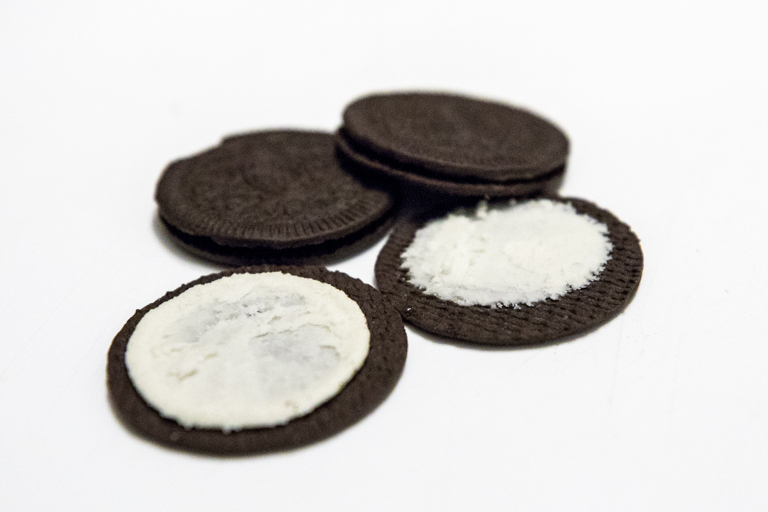 Oreo Classic - Milk's favorite cookie. Can you believe it was created back in 1912? 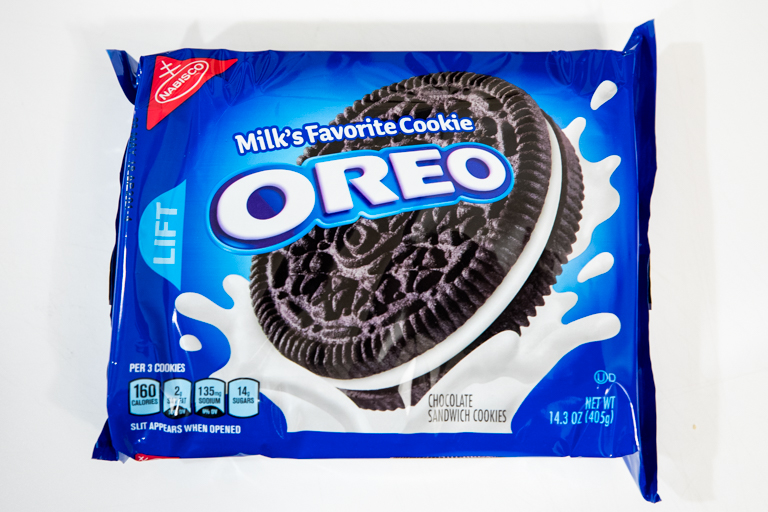 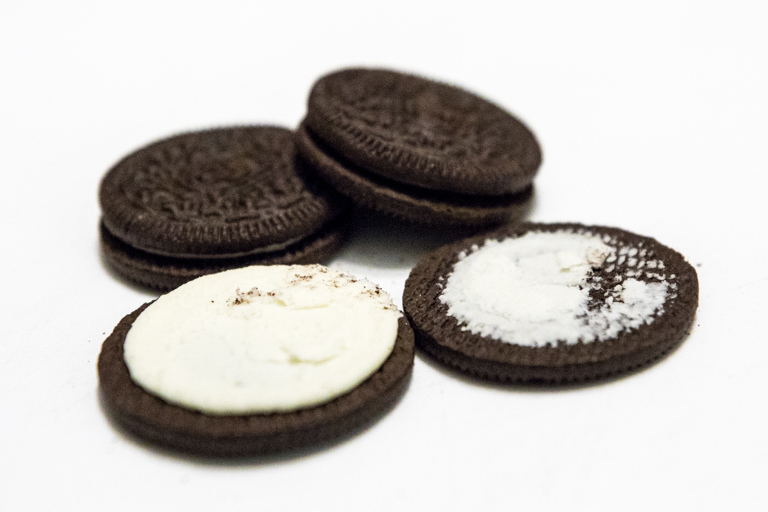 Double Stuf Oreo - Twice the creme as the Classic Oreo. It took until 1975 for Oreo to do what plenty of people were already doing by twisting two cookie halves apart and putting the creme sides together. 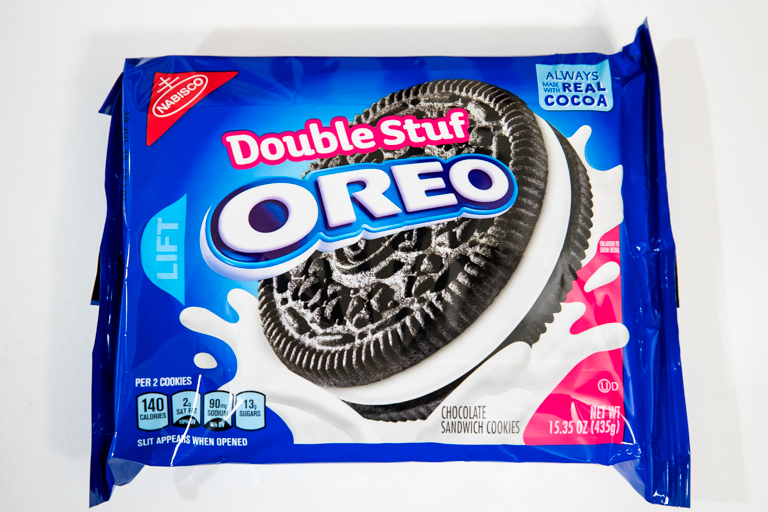 Finally the creme is playing a bigger part in the cookie. 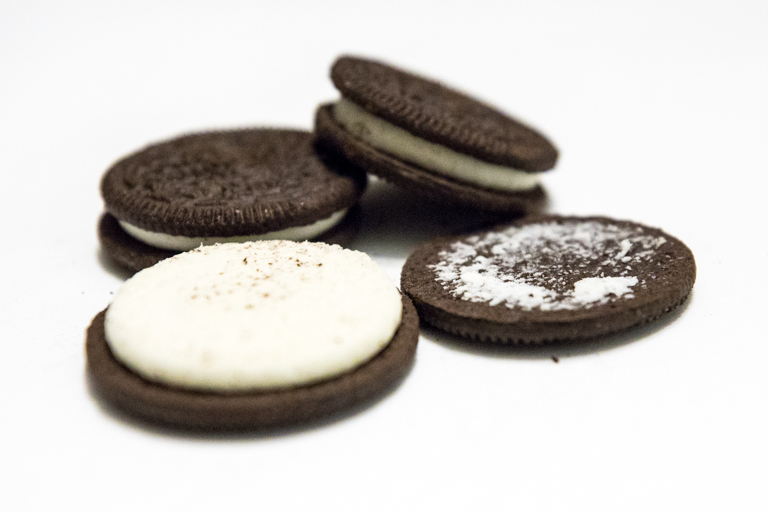 Mega Stuf Oreo - You wanted more than the Double Stuf. You got it. But you had to wait until 2013 to get it. 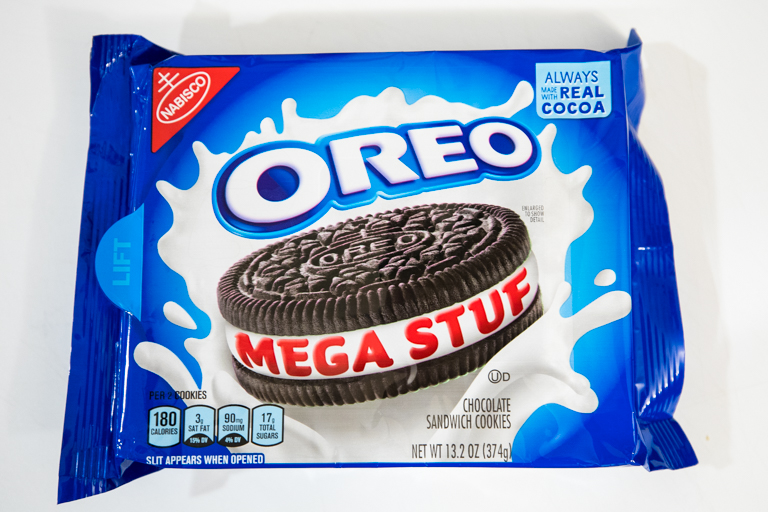 It's more than the Double Stuf Oreos to be sure. By my math, it's about 3x the filling of a classic Oreo. 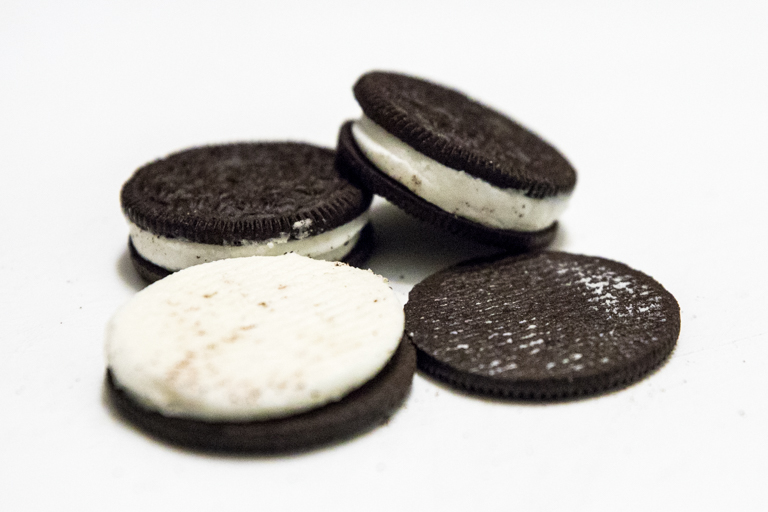 Upon opening the bag Ian was immediately surprised.
Ian - Where's the red stuff?
Me - What red stuff buddy?
Ian - That red stuff there! (pointing to the words 'MEGA STUF' printing on the package)
Me - Aww, sorry buddy, that's just for the package. It's not what they give you inside. The package tricks you like that sometimes. 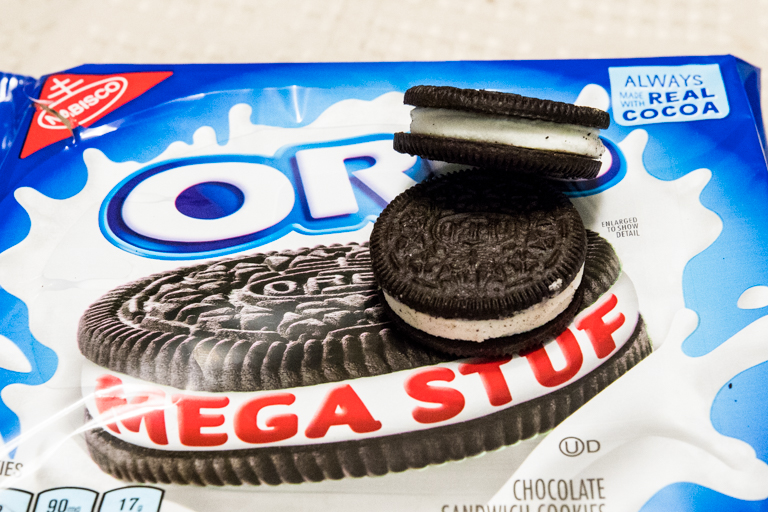 The Most Stuf Oreo - Can they fit in any more creme? Yes they can! 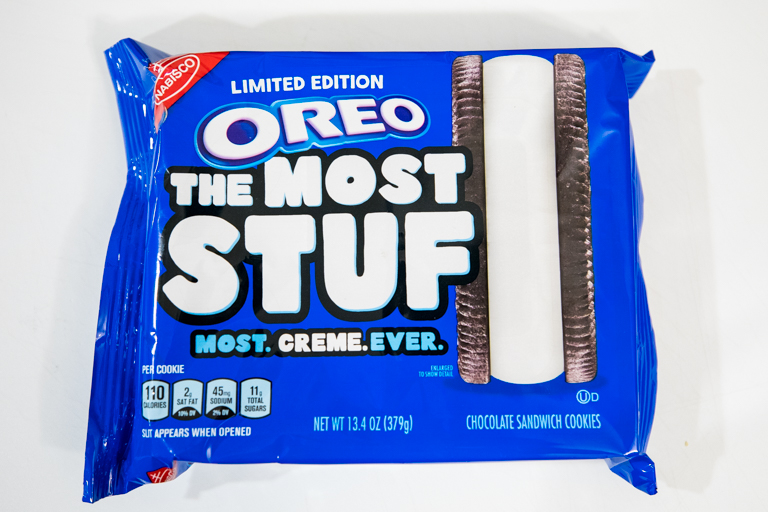 It's a massive amount of creme between these two cookies. The perfect amount? Well, we'll see. Let's eat!

The kids are set up. 5 cookies each. Smallest to tallest. 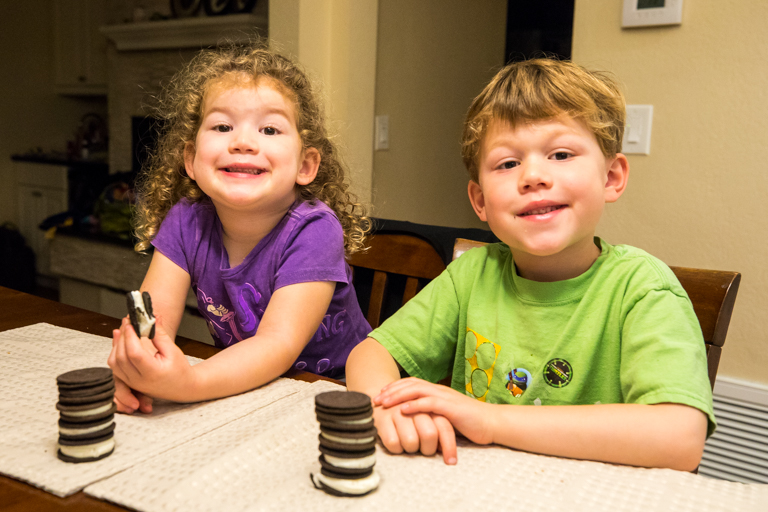 One bite of each cookie and that's it.
Both liked The Most Stuf best. 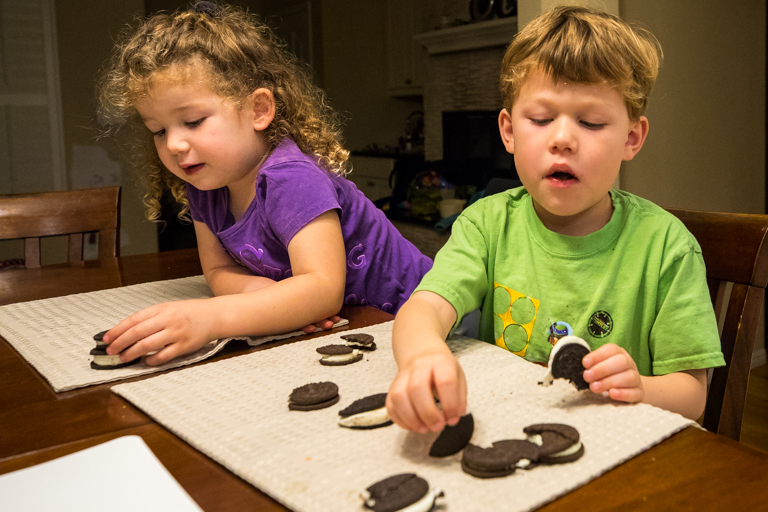 The question has been brought up "Is The Most Stuf equal to two Double Stuf Oreos?" Let's find out. 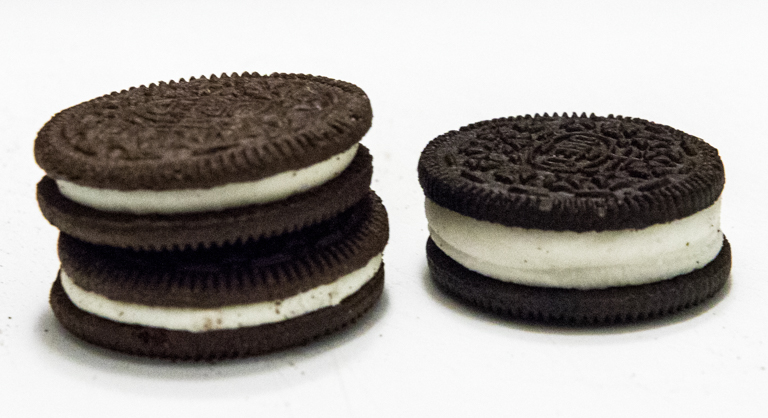 That in the middle is the result of two Double Stuf Oreos, resulting in the legendary Quadruple Stuf Oreo. The Most Stuf Oreo right beside it looks the same size to me.

But looks could be deceiving, right? Let's take it a step further.
Doing a little math, and adding some algebra to the mix, I estimated that each chocolate cookie wafer has 18.33 calories, and the creme in a classic Oreo has about 16.66 calories. The math works out such that a Double Stuf Oreo with twice the creme has 70 calories. All good so far. The homemade Quadruple Stuf cookie would then have 103.3 calories. The package for The Most Stuf shows 110 calories per cookie, so perhaps this has even more filling than the homemade Quadruple Stuf.

Taking it just one more step further, in a more direct approach, I deconstructed a Classic, Double, and Most Stuf Oreo and brought them to the kitchen scale. As expected, each chocolate cookie was the same weight, ~4 grams.
That just leaves the creme. The scale only measures grams and no smaller. From left to right, Classic creme 4g, Double creme 7g, Most Stuf creme 15g. With this super small, one cookie sample size, test, it's close enough for me to believe that the Most Stuff is 4x the creme of the Classic Oreo.

But once you have Most Stuf Oreos, why stop there? Why not take two and make Octuple Stuf Oreos?

Have you tried The Most Stuf Oreos yet? What did you think?
Posted by Joe at 9:00 PM