One of the biggest ways the Lightbringer organization raises money during the Chalk Festival is through the silent auction. During the festival, each artist is provided chalk, drinks, snacks, breakfast, shade, etc, plus a 12"x12" canvas. In return for all that, artists are asked to do something with that 12"x12" canvas and return it back so it can be auctioned off, with the money going to the Lightbringer organization. From what I overheard, the silent auction brings in around $10k!

You're free to paint whatever you want. It doesn't have to be related to your final mural. But in my case I knew we had something good going on. This is going to be nearly identical to our final design.
And it only took Ruston and I a couple hours do to the 3'x4' one in the driveway. How long could a tiny little 12" canvas take? 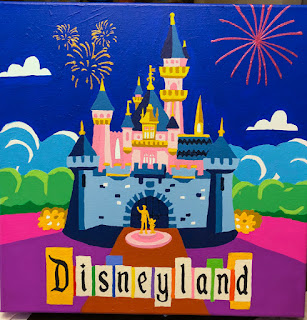 Ugh. Hours and hours and hours.
Painting one layer and it's showing way too much of the white canvas. The second layer was better, but in order to get those colors to pop it ended up taking 5-6 layers. Combine that with the fact that this has more colors than anything I've painted before, and that you have to wait for the layer to dry before going on top again. I had multiple colors going on at once, plus a fan blowing on the canvas to dry the layers out faster. 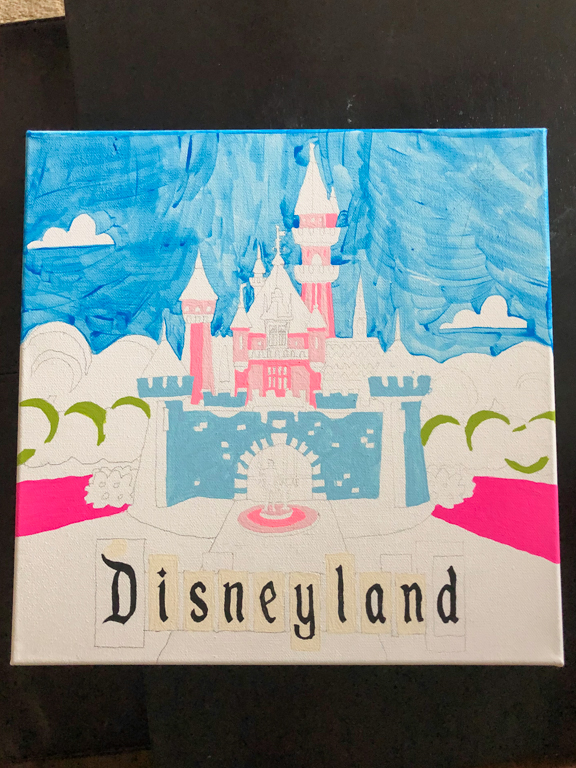 After multiple long nights of painting progress was steady, but slow. 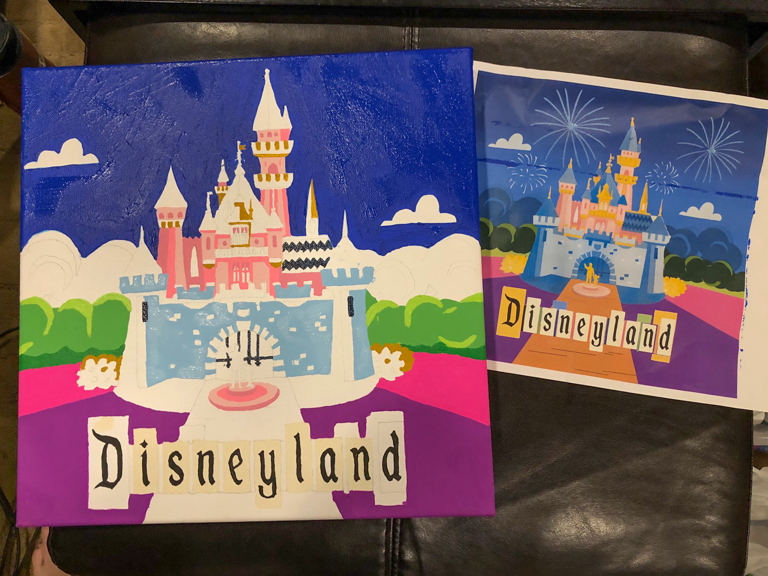 The day before the event, I was almost done. Just one more thing to add, and I wanted to get special paint for it. 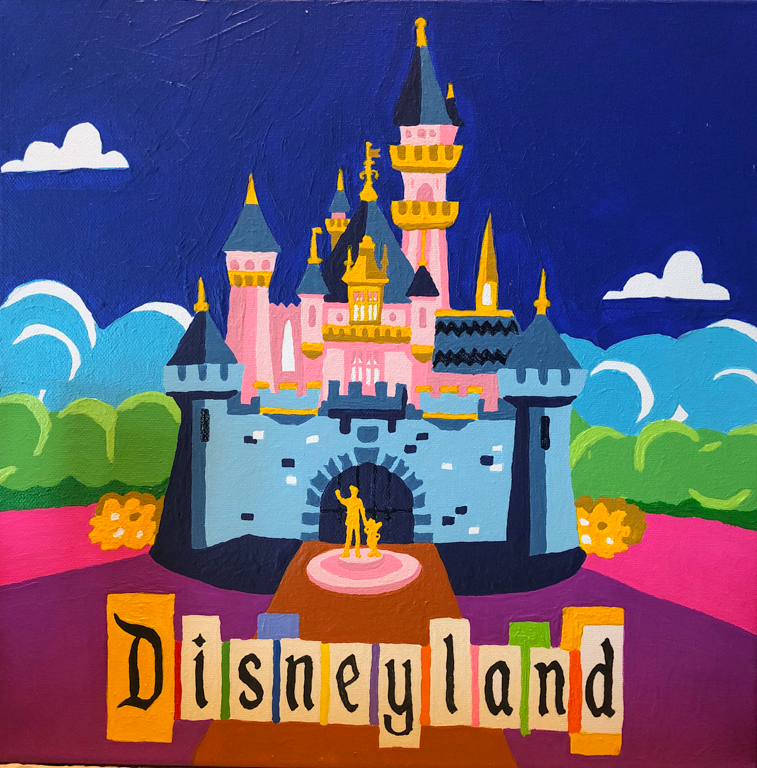 Boom. Fireworks. I got metallic gold and metallic pink paints so it would shimmer when the light caught it. With all this work that went into it, it was a little tough giving it away. But it's for a good cause and I can bid on it myself if I really want to take it home. I had a number in my head that I would pay if it didn't reach that price. 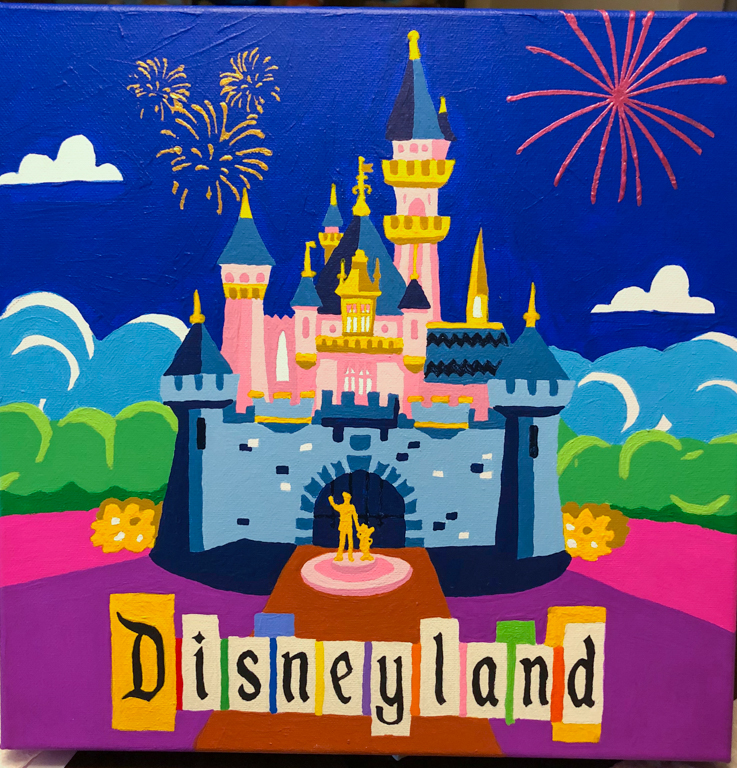 The morning of the event I turned my canvas in along with a bunch of other people. 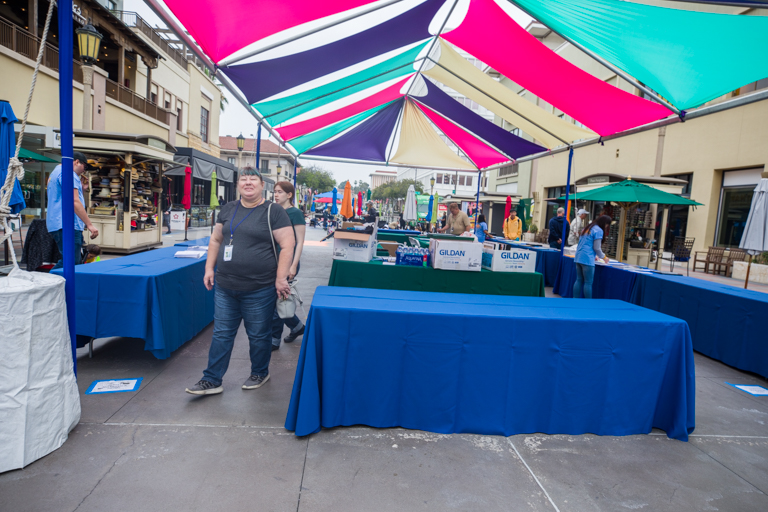 My first chance to see everything was when Ruston and I took a break for lunch. So many talented artists. 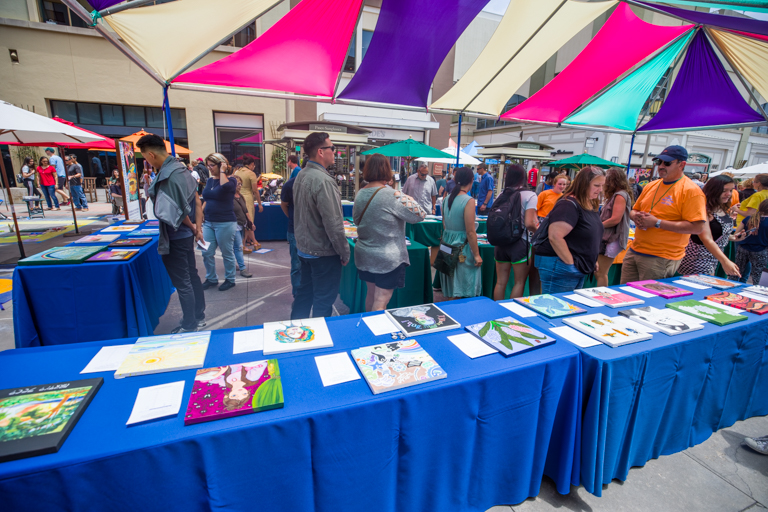 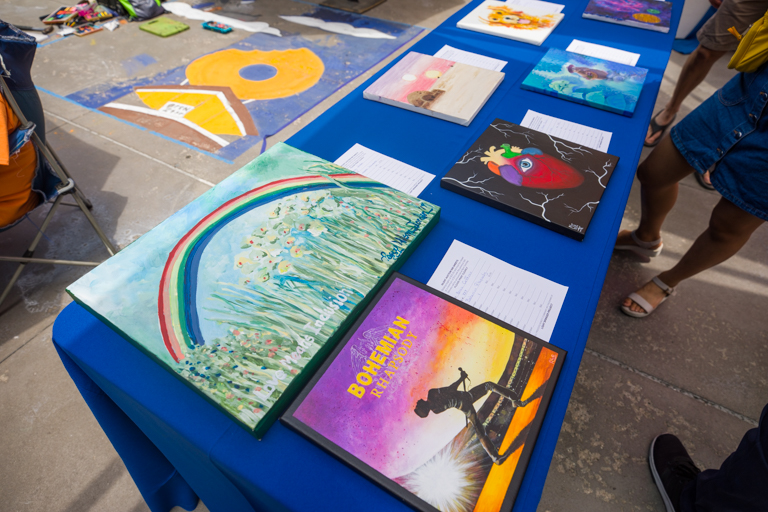 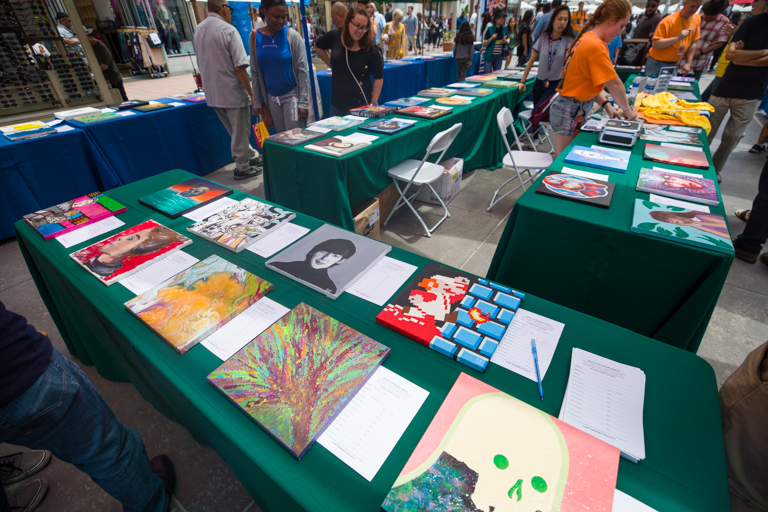 Ruston and I both laughed out loud at the recreation of the Ecco Homo botched restoration painting. 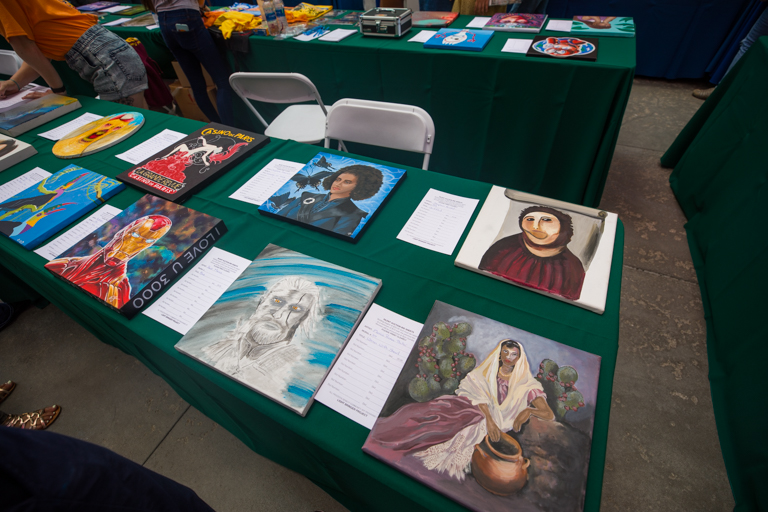 Whew! My painting already has bids. 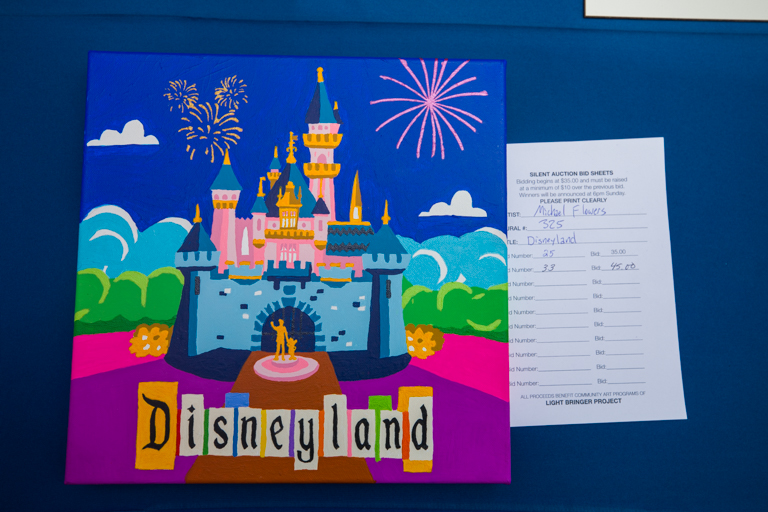 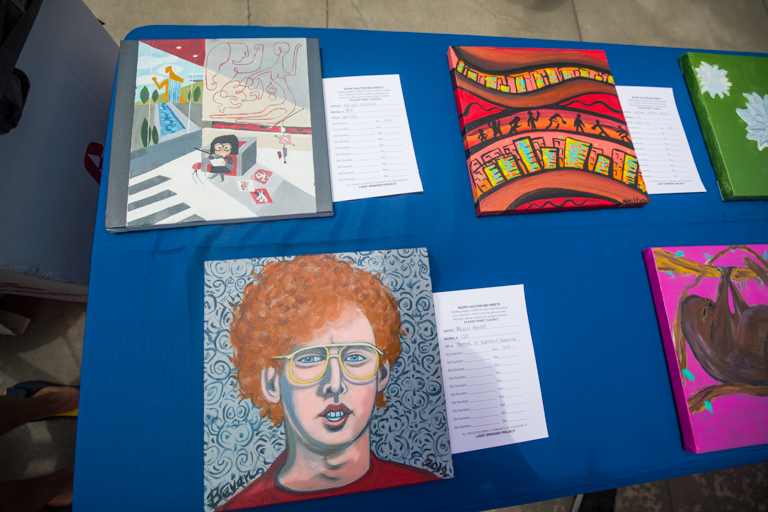 On Day 2, Alli and Theresa came up to the festival to see what we've done. And look at my painting! Bidding is up to $105! My last painting was the Jungle Cruise poster that sold for $135. I wonder what this one will finally sell for. 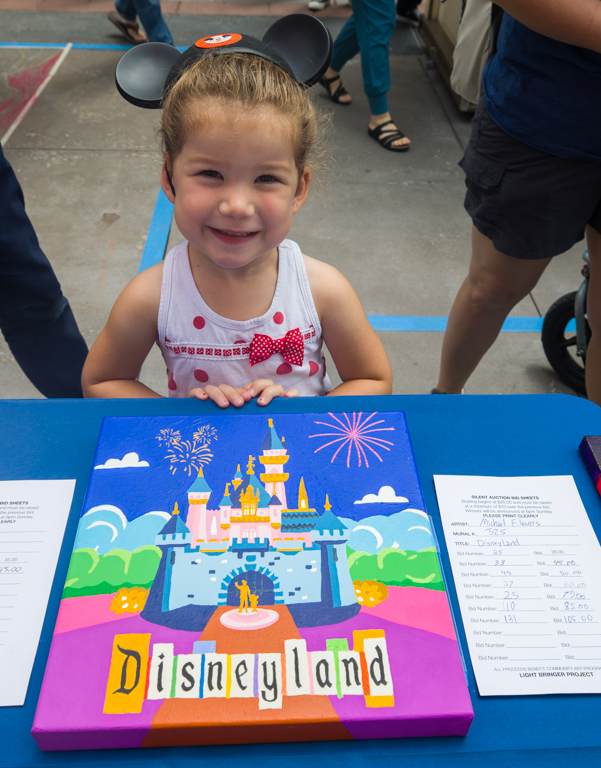 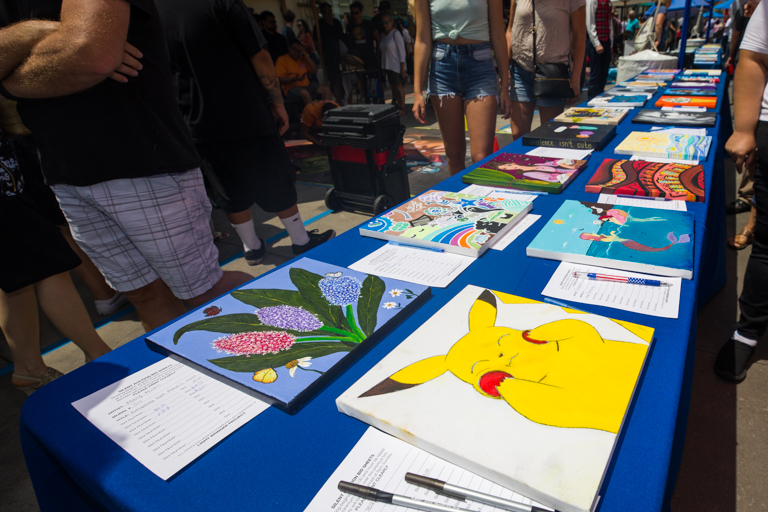 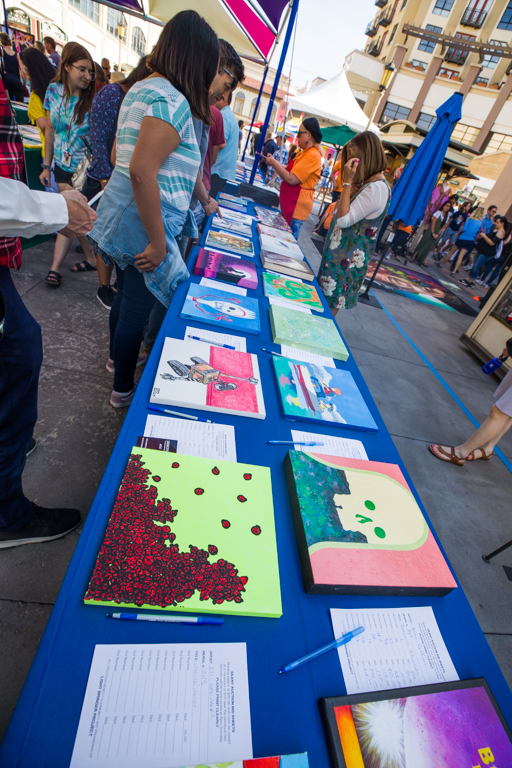 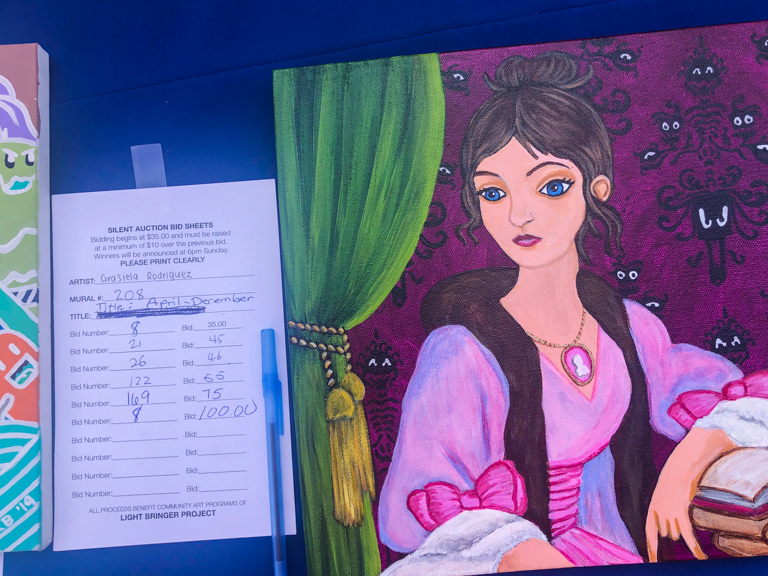 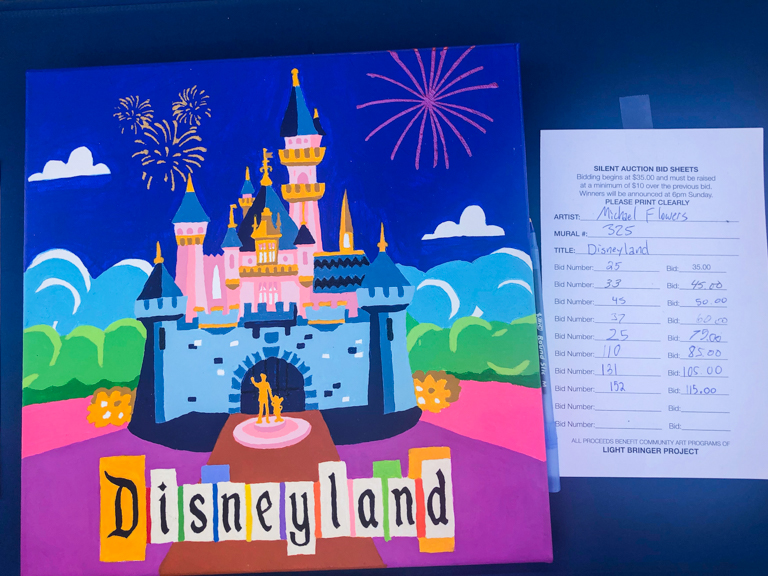 The auctioneer kept announcing the countdown. 5 minutes to go! 4 minutes! 3, 2, 1 minute to go!
Volunteers were scattered all around the area to gather the bid sheets and make sure no one went past the 6pm. And that's where I thought it was going to end. 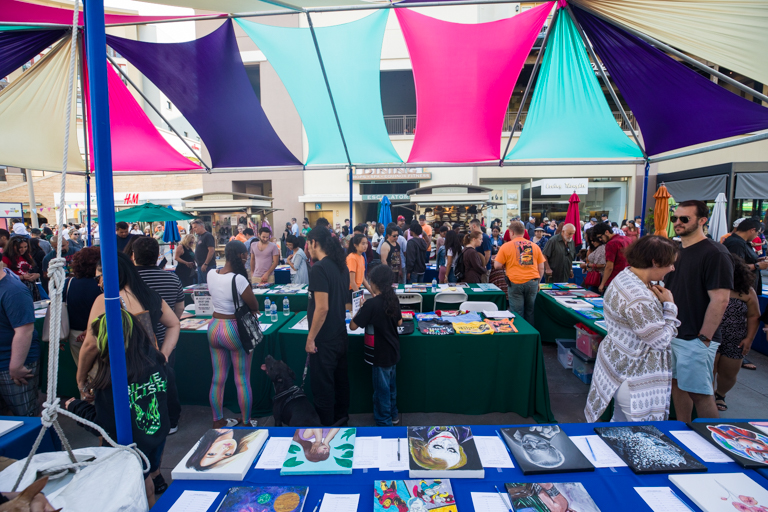 But with 30 seconds to go, one of those volunteers stepped forward and started writing on a sheet. Is that mine? 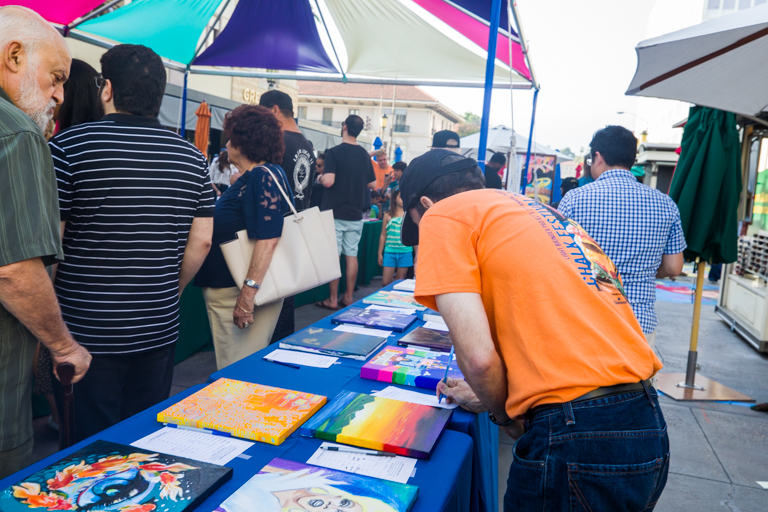 Sure enough! He put a final bid in for $125 and that's where it ended. He was really excited for it so I was wanting to hear the story. 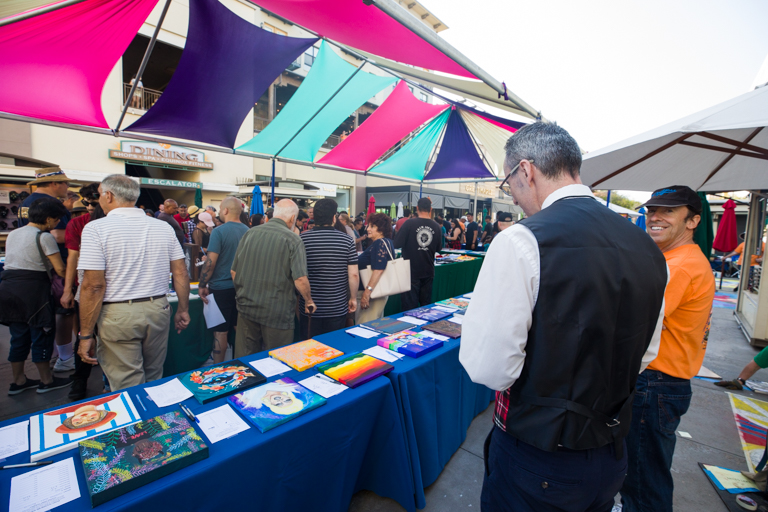 Turns out he wasn't bidding for himself. The person who bid on my Jungle Cruise painting 2 years ago couldn't be here in person but he told his friend (who also happened to be a volunteer) that if it was under $150, go ahead and bid on it. And he told me that unbeknownst to me, that he's has a few more of our previous paintings too. It's really cool to have a fan! And I was happy that the painting was going to someone who I knew would appreciate it. 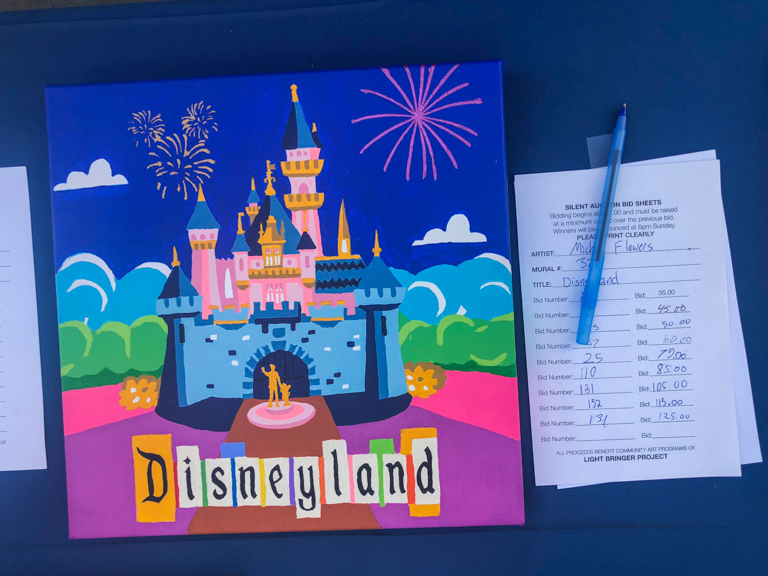 Since this was Day 2 and our mural was done, I asked if I could borrow the painting for a couple minutes to go take a photo in front of the full-sized version. I grabbed a photo and brought it right back. 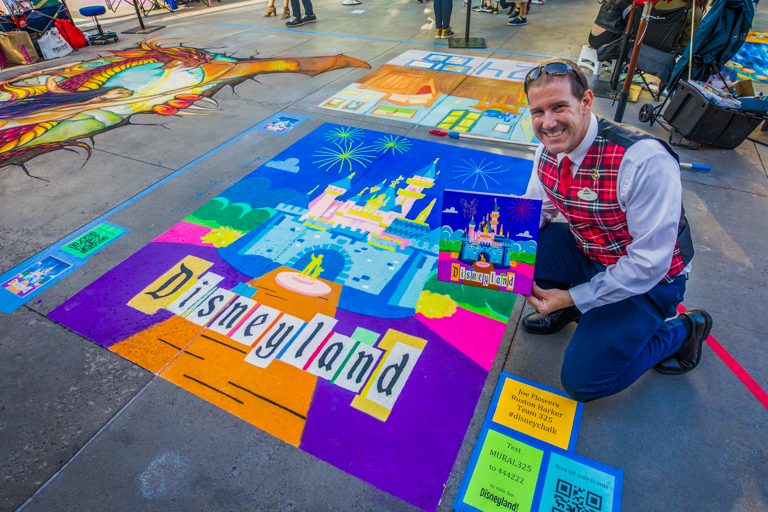 Ruston found something he liked too. We found the artist and got a photo. 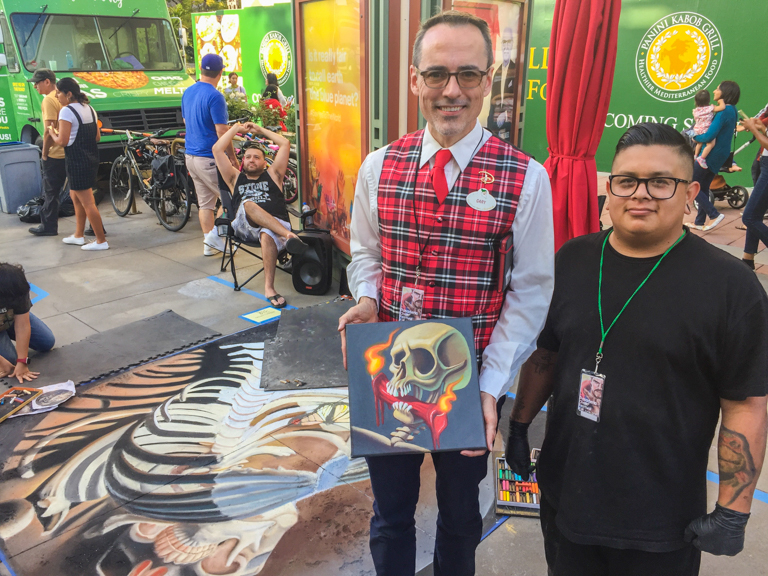 One of the prizes of the festival is "Best of Silent Auction". The winner of that was Leo Aguirre with this amazingly detailed Arnold Schwarzenegger. But wait, there's more. 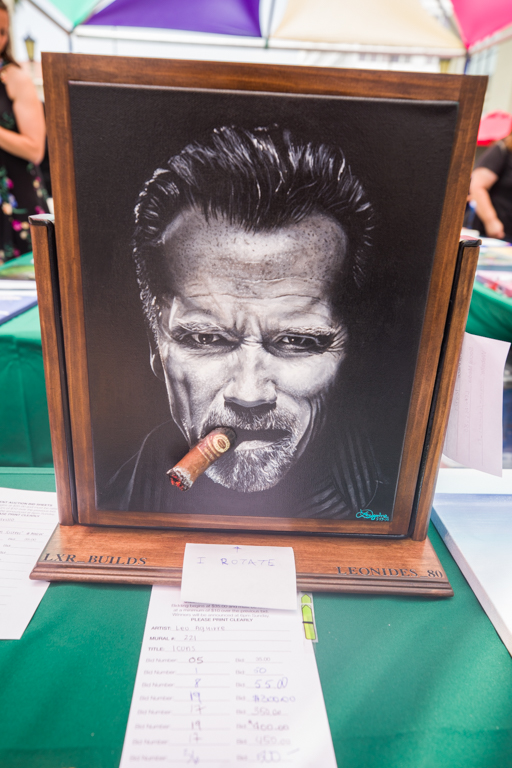 Flip it around and on the back is Sylvester Stallone! This ended up selling for $750! Amazing! 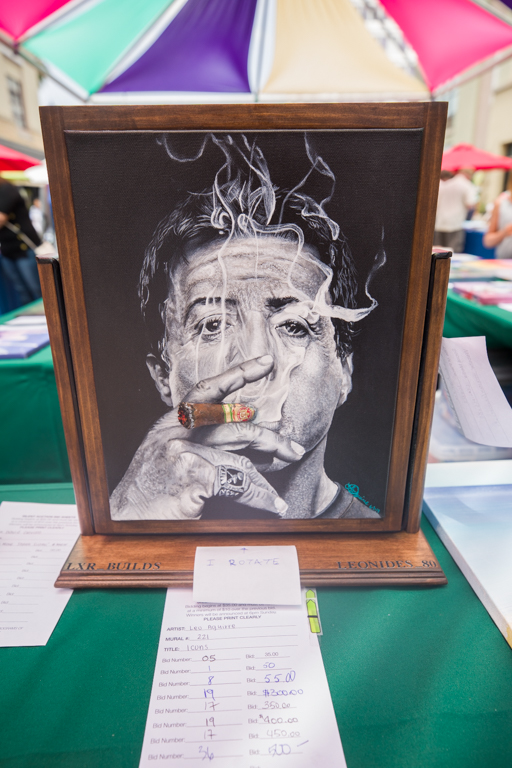