Merry Christmas! We're actually celebrating a day early because we've got other plans on the 25th. 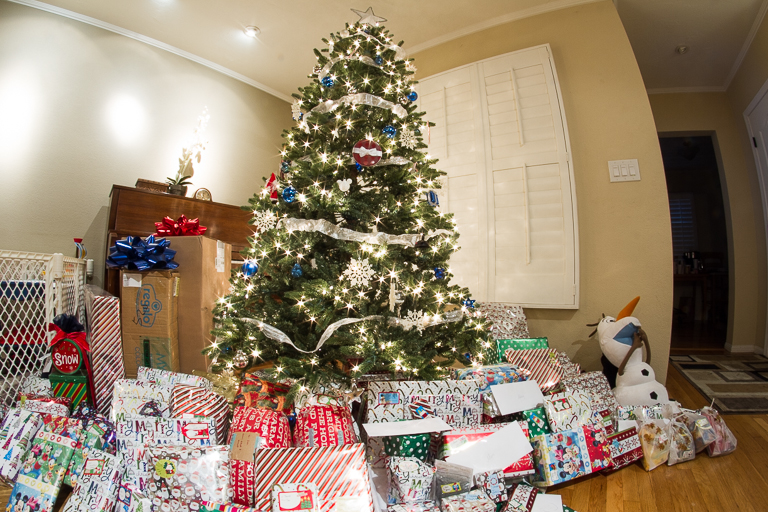 Checking on the milk and cookies we left for Santa. He was here! 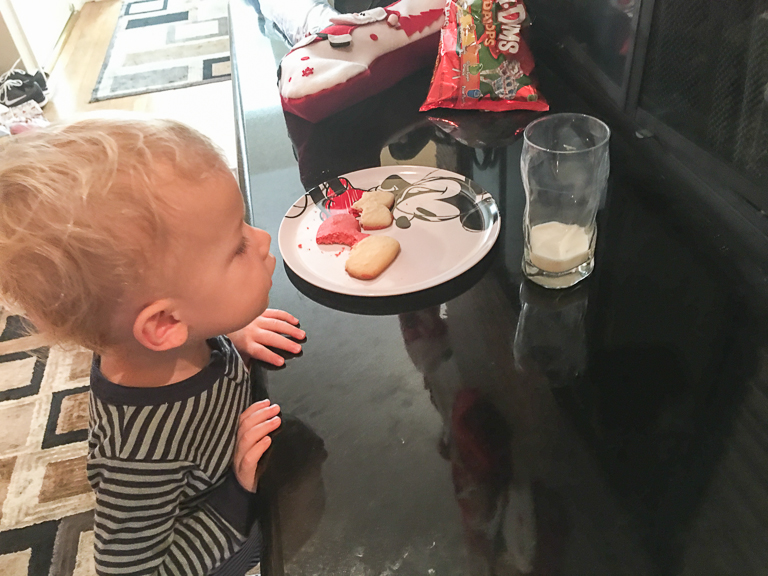 Along with our stockings, Santa left mini stockings for all the people visiting us. 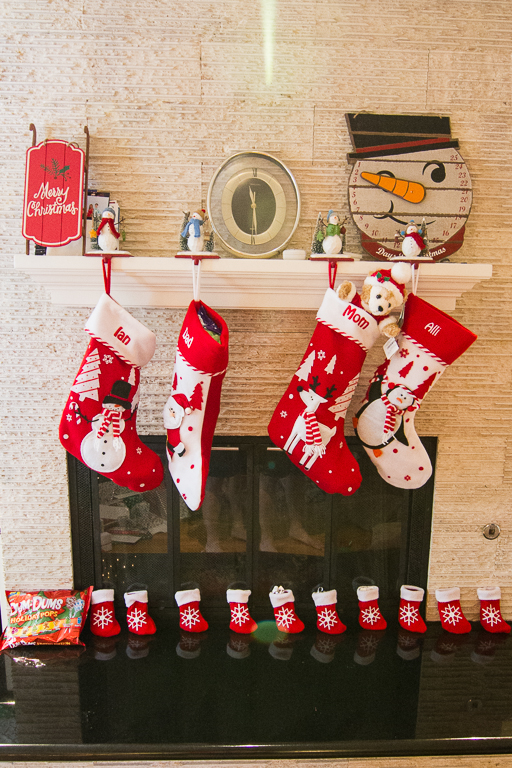 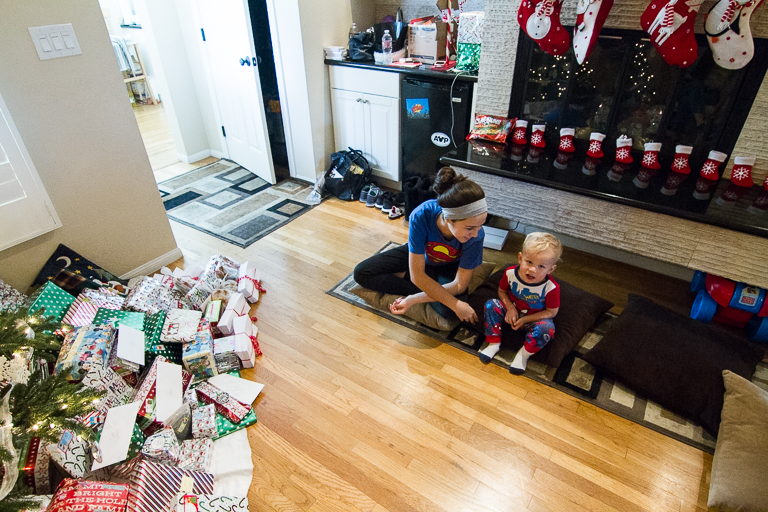 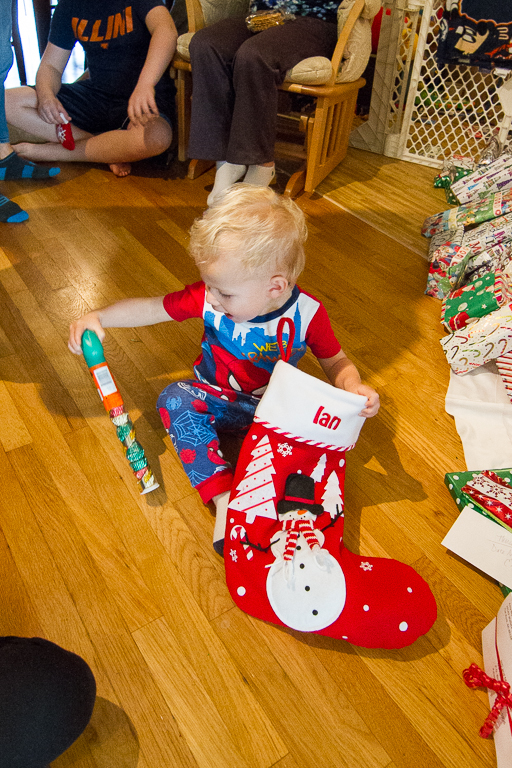 Alli's still a little tired, but I'm sure she's happy she's got her own stocking. 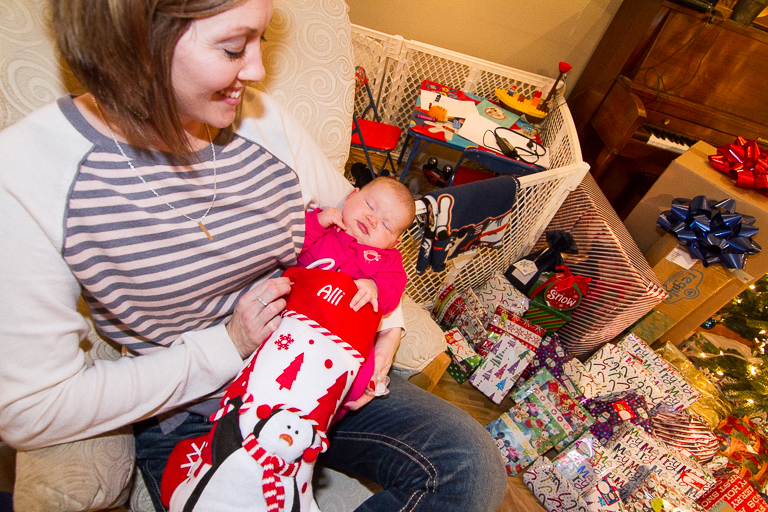 Mommy got a Christmas Duffy bear that Ian was really interested in. 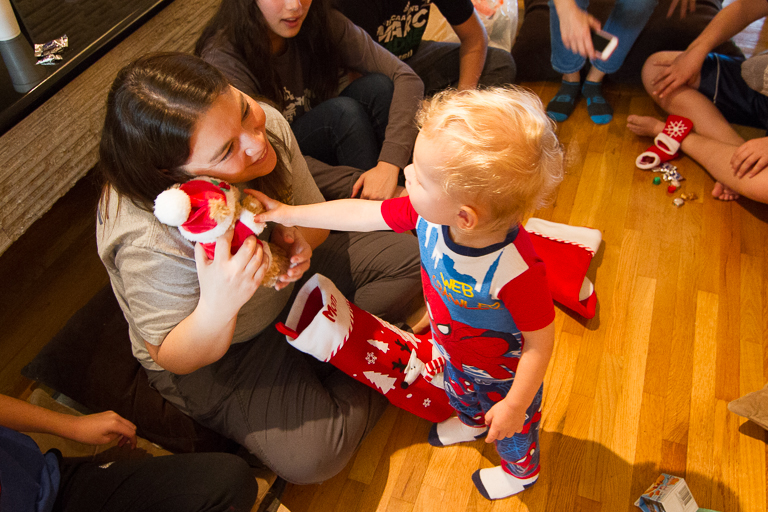 Santa brought me a lot of tasty treats. I'm really interested in the bag of Holiday Dum-Dum flavors. 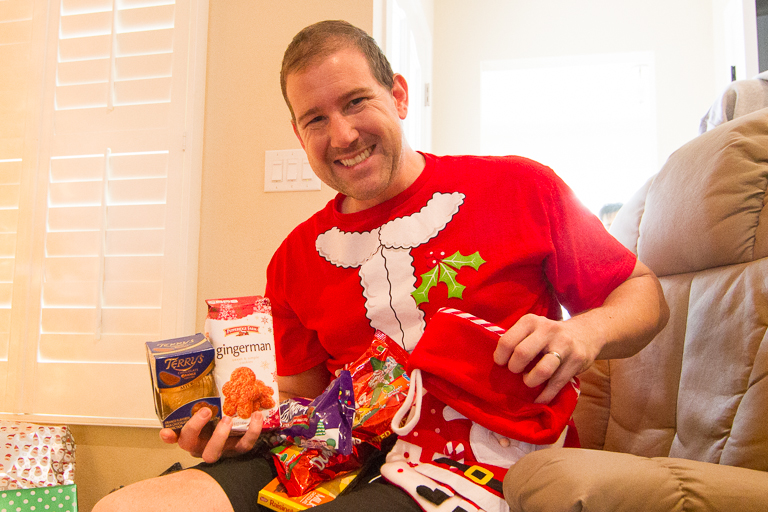 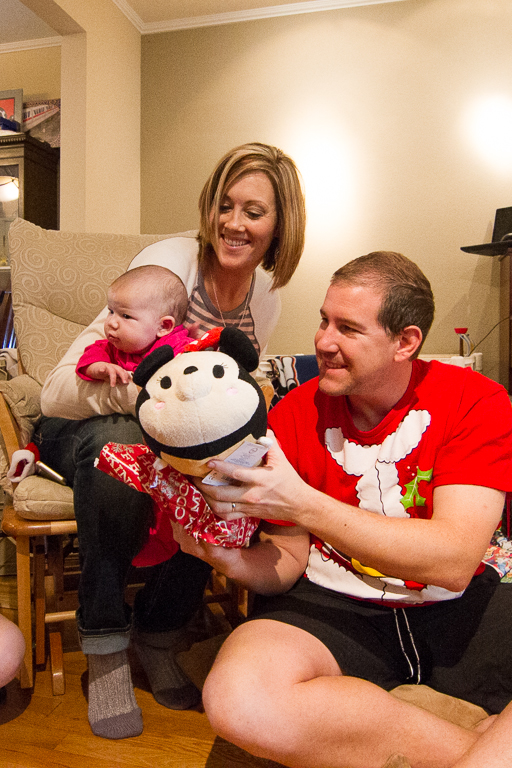 And Ian got Mickey! 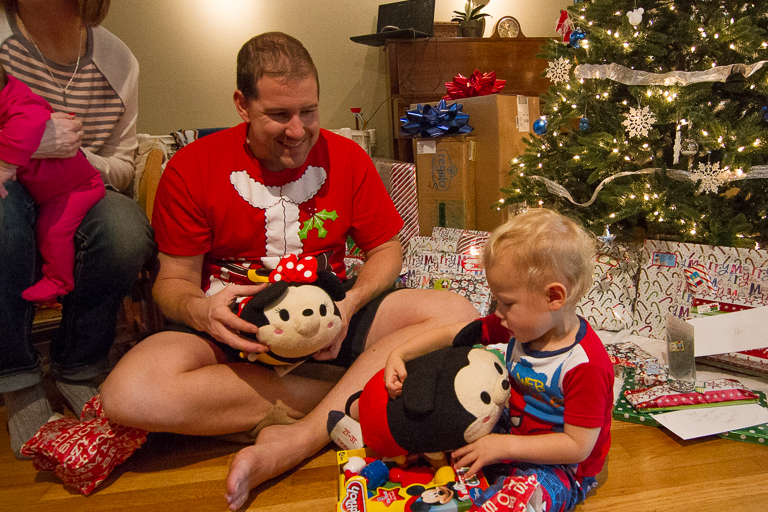 The grandparents are going to enjoy their photo calendar. 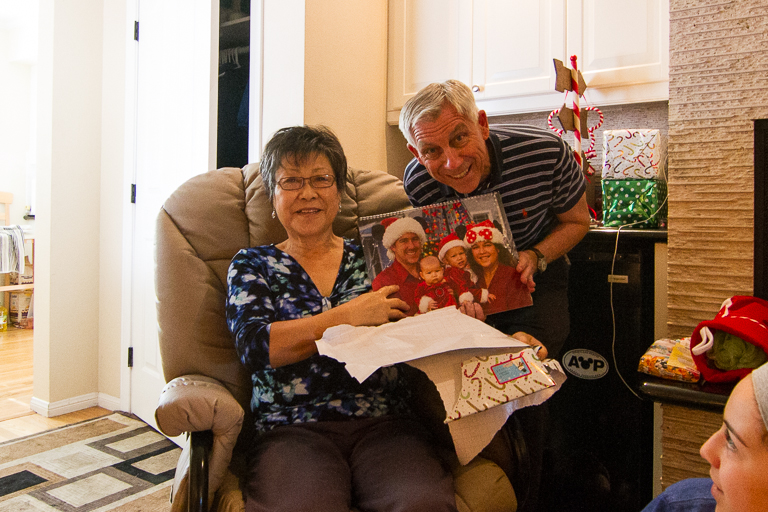 Grandpa really likes giving silver dimes for Christmas, so Ian and Alli both got a baggie with some. Ian really liked them because they were coins. 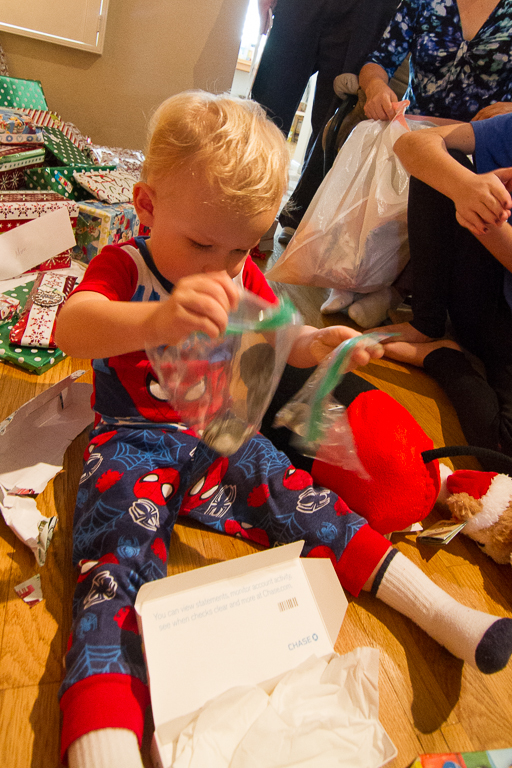 Alli got a teddy bear. 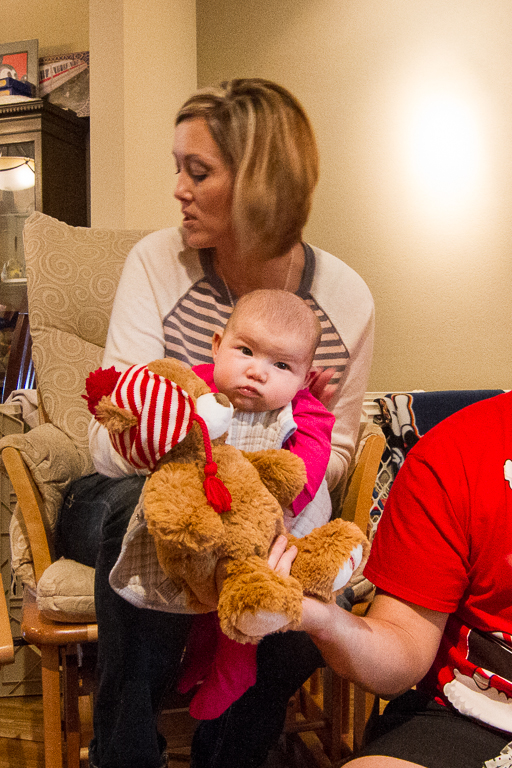 Which means Ian has another teddy bear. 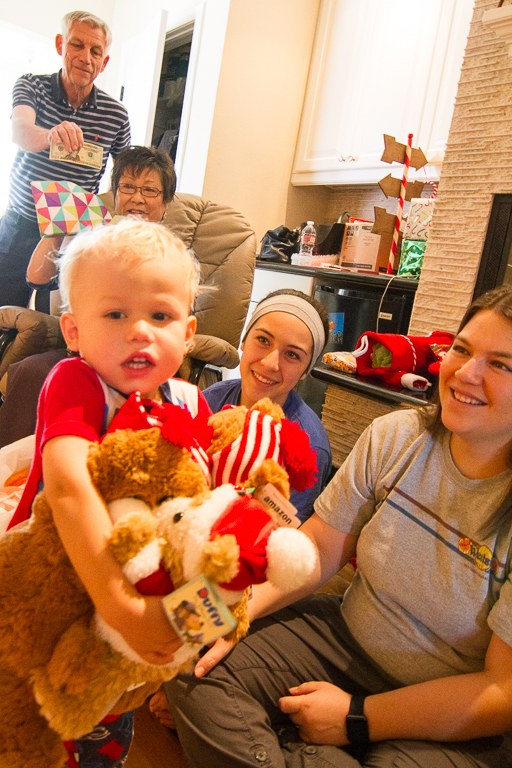 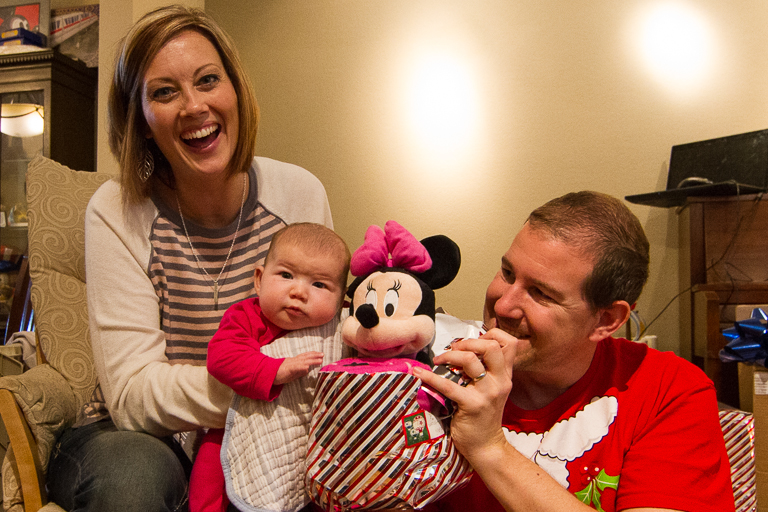 T got me a really fun gift, all the way from Japan! When we visited Japan I really liked all the interesting Kit-Kat flavors they offered. It's a Kit-Kat sampler that has 27 different flavors in it! This is going to be fun to try! 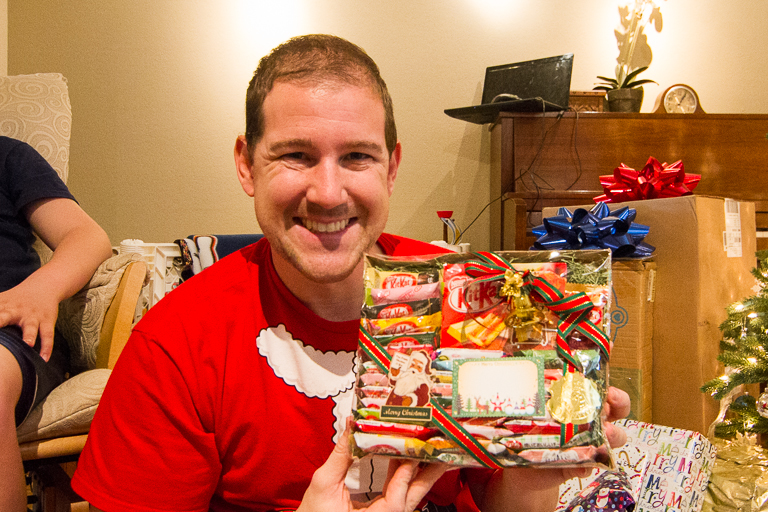 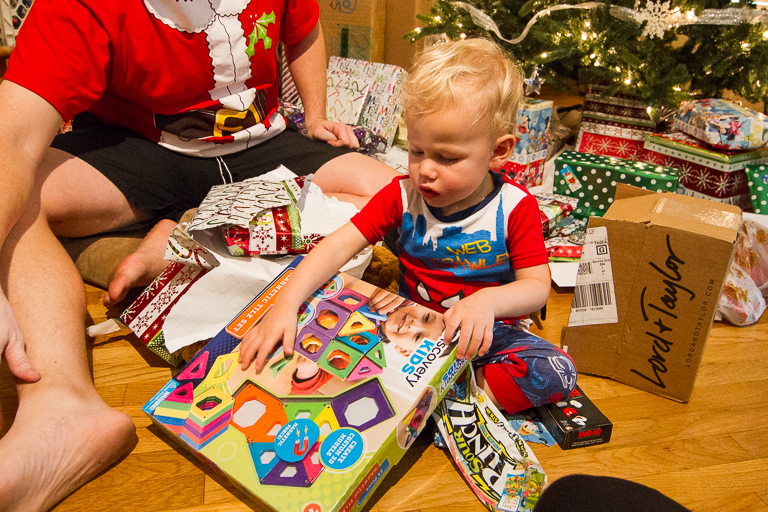 Alli and Ian had some presents to give out this year too. Handprints and footprints in clay for the grandparents and mommy. 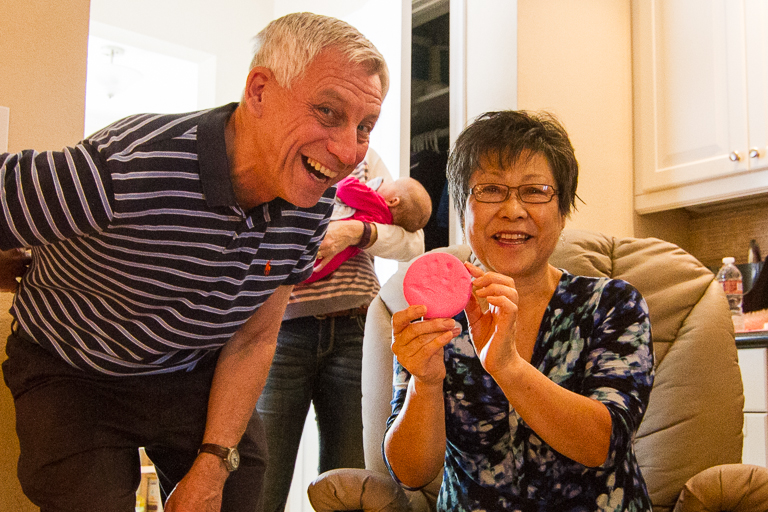 Don really wanted to get Ian a lightsaber for Christmas, but had concerns he might hit his sister with it. Luckily instead of the hard plastic ones, he found some inflatable lightsabers. 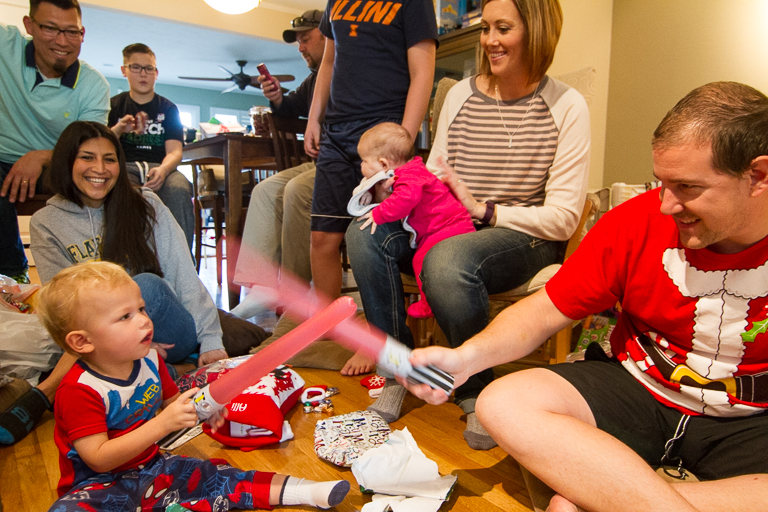 Plus got a Star Wars activity set. 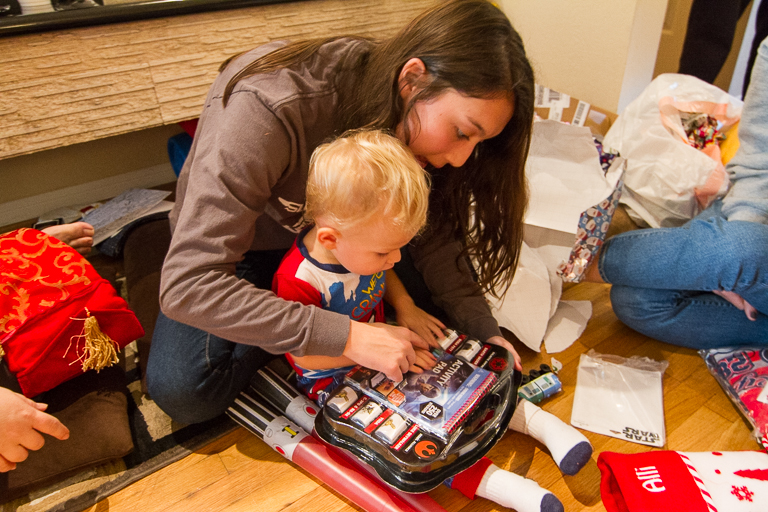 Taking a timeout for a coloring break. 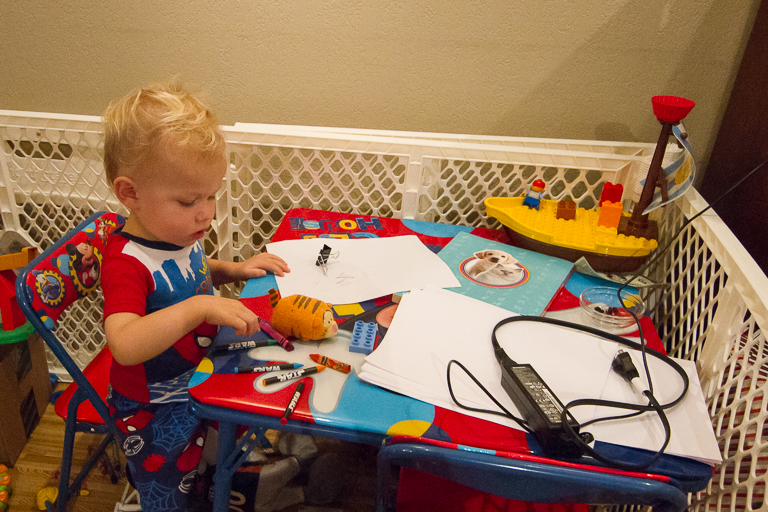 He's loving his Huey, Dewey, and Louie plushes. Later he'd put them all in the rocking chair and start rocking them and saying "Let's go fellas". 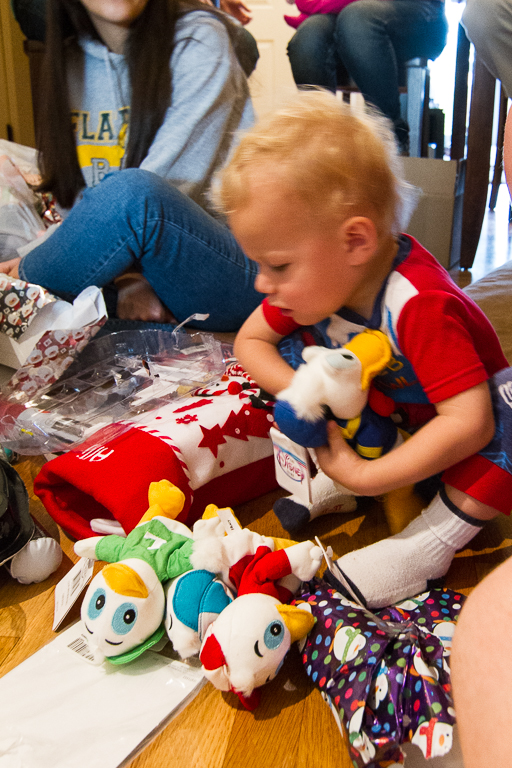 Some stacking toys that he's sure to enjoy building with. 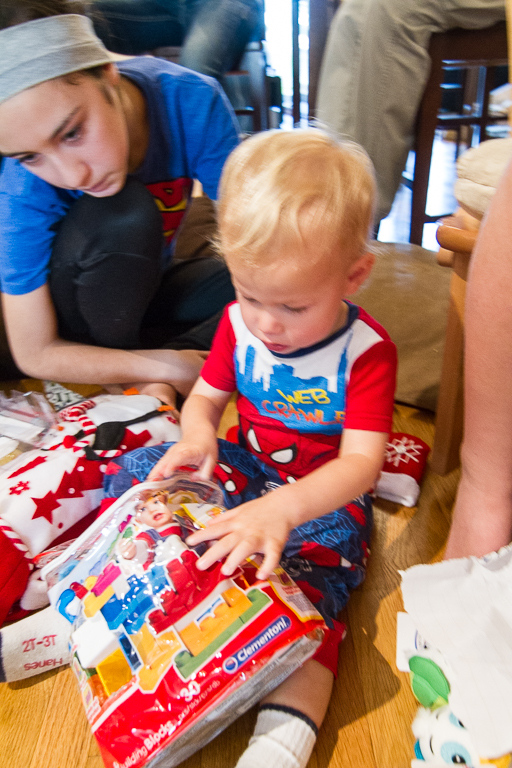 It's a Mickey Mouse jelly belly dispenser. Later it happened to be on the table where he could reach it. He grabbed it and put it on the floor, then pushed down on Mickey Mouse to dispense some Jelly Bellys, saying "Mickey Mouse gives me jelly beans." 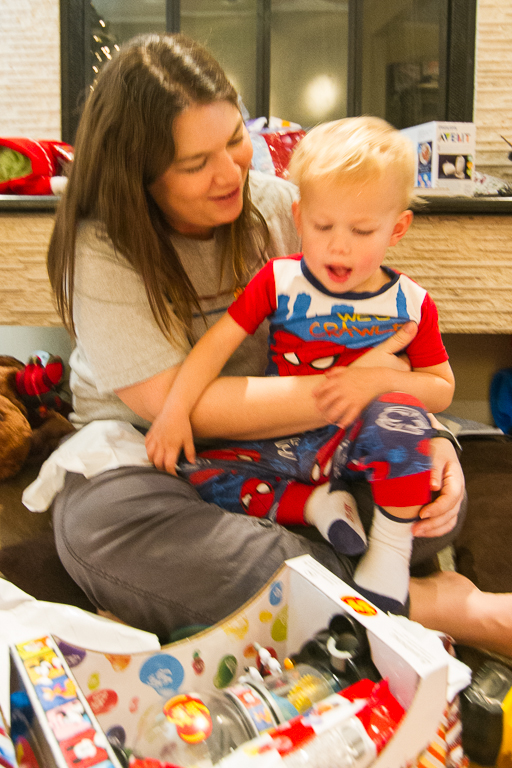 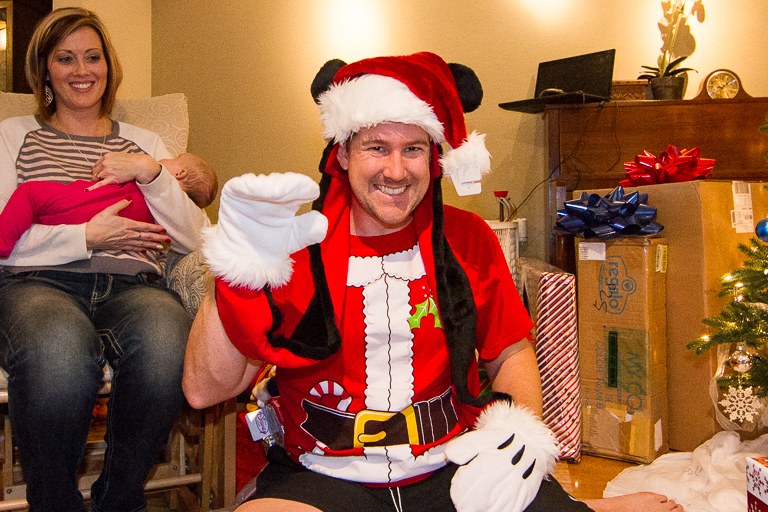 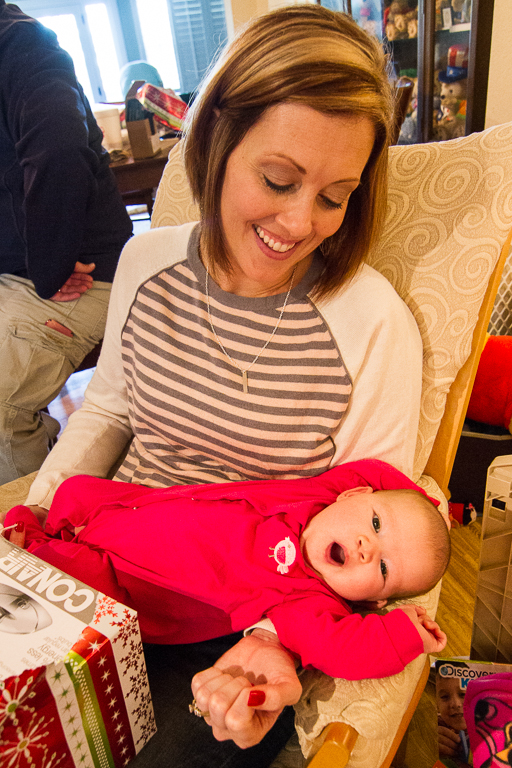 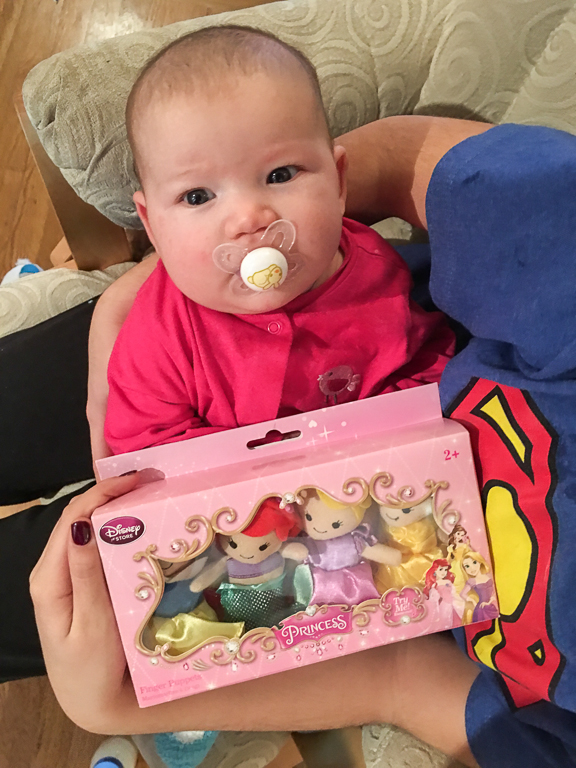 A new toy chest and another place to put more toys. 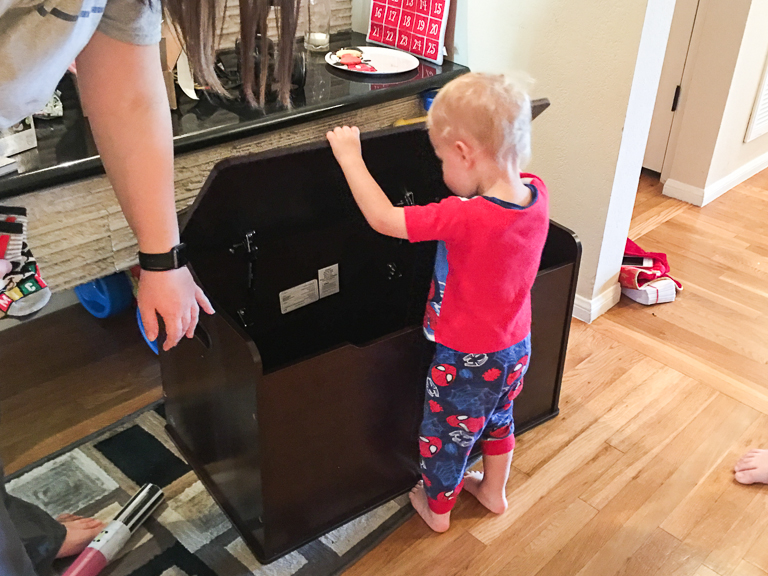 Donald said we're going to have a lot of fun with this toy. This song is still stuck in his head from when his kids were little.

Ooh, a trampoline. How fun! 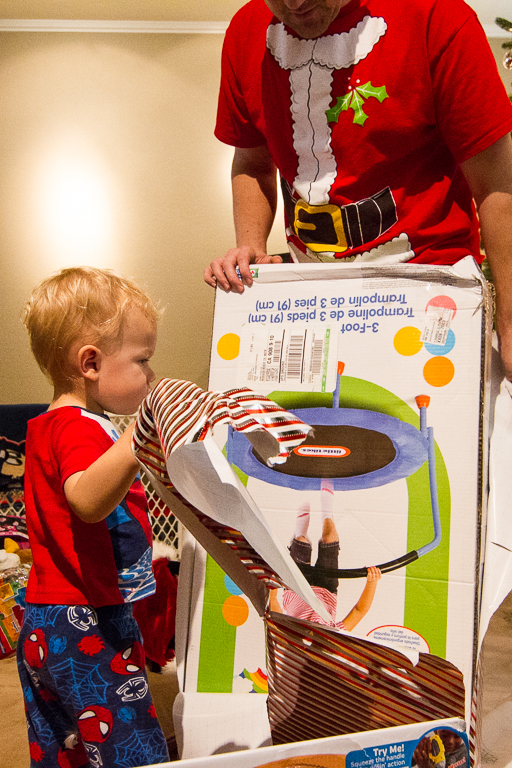 He really liked jumping on it, and then he used it as a track for his new trains.