Last Christmas I decided to make homemade gingerbread men from scratch for the first time ever! This year I wanted to try something different, but just as festive. Candy Canes! 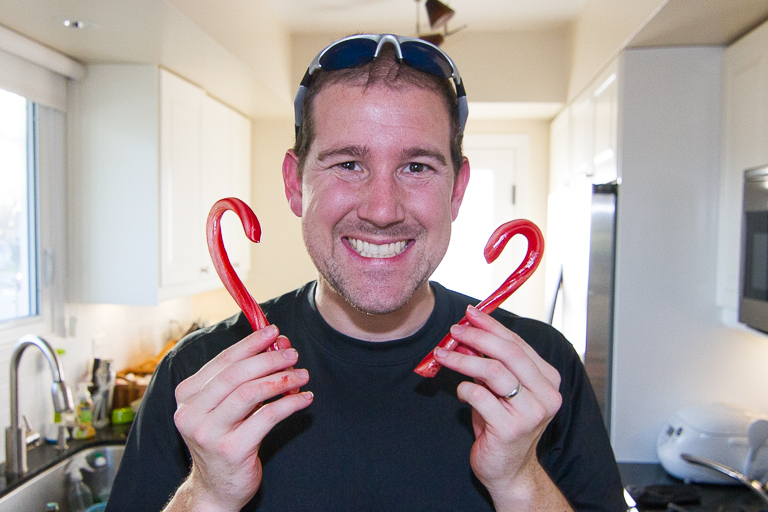 I've heard about how the freshly made candy canes at Disneyland were a delicious treat, but they've become so popular, it's difficult to acquire one. How about making them myself!
To the internet! After reviewing various recipes, I settled on one that I liked. You can find that recipe here: DIY Christmas - Homemade Candy Canes.

There's actually not that many ingredients in candy canes; it's a lot of sugar, plus a few teaspoons of other ingredients. The real magic is how it all comes together. 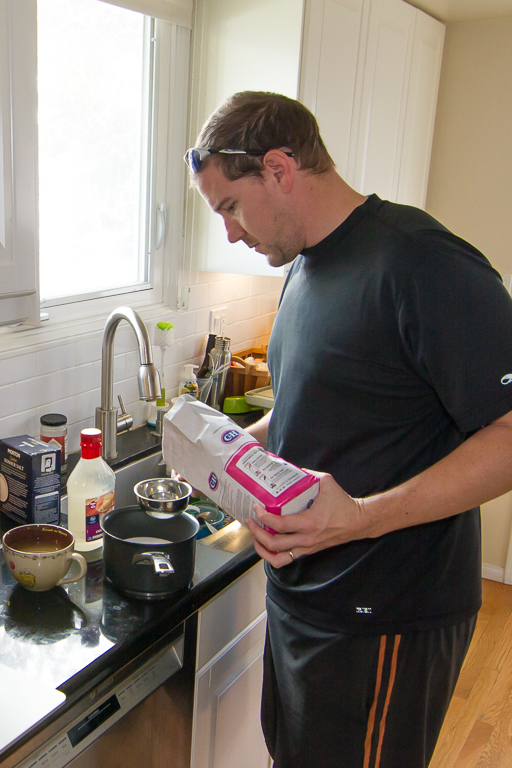 Bring it all up to 300 degrees (according to the digital thermometer I've got in it) and it's ready to pour. 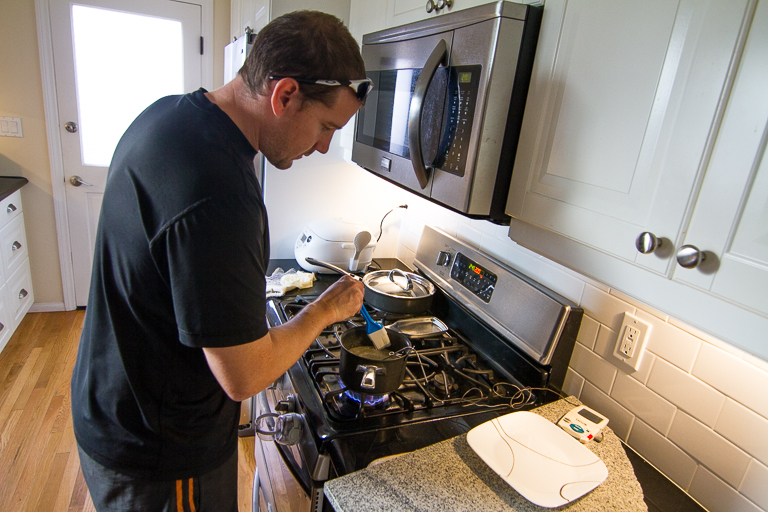 Now this is where I started running into problems. When I occasionally watch the Food Network and see people working with sugar, I thought I remembered them pouring it out onto a granite slab and working it from there. I happened to have a leftover piece of granite in the garage that I thought would be perfect for making candy. 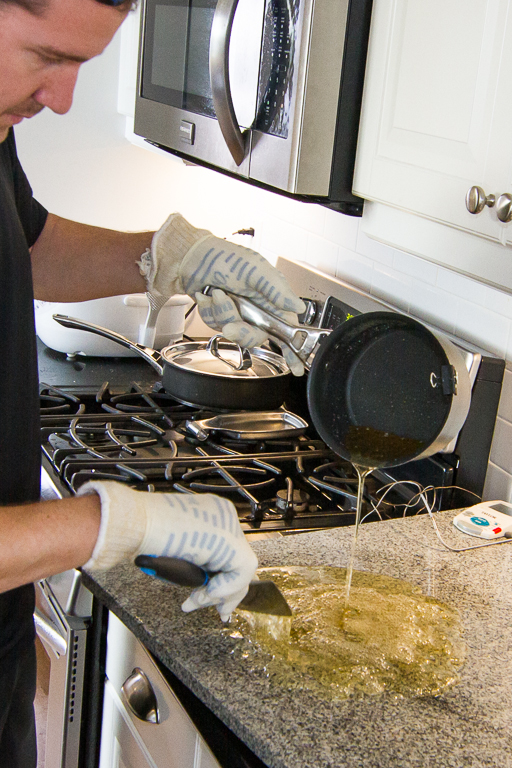 Next it was time to add all the peppermint flavoring. As soon as it hit the hot sugar, the peppermint aroma filled the kitchen. And boy was it intense! My eyes started watering being so close to it.

And even though I oiled the granite slab, the sugar did nothing but stick to it. Plus it conducted the heat from the candy very well, which caused it to harden way too quickly too. Yikes!
For my hands, I put latex gloves over my thermal gloves, since this sugar is still really really hot. Ultimately the latex gloves started falling apart and broke off my thermal gloves. 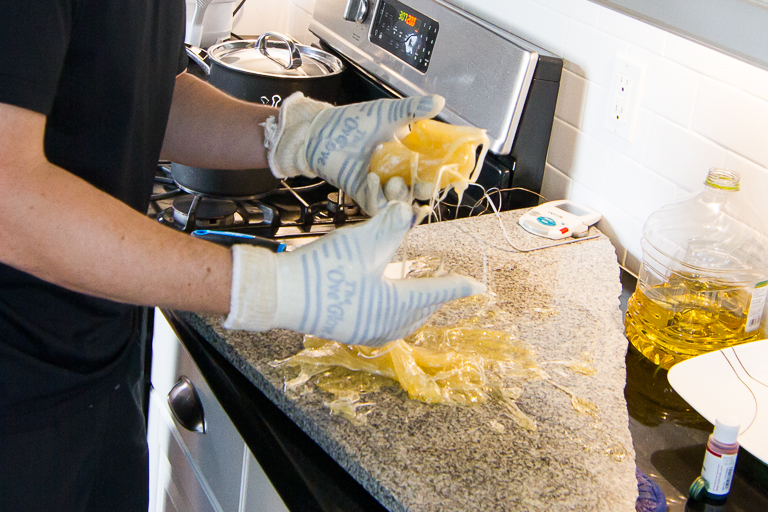 Using just the thermal gloves worked for a little while, but eventually the sugar started to stick to them. I was still able to twist and pull the sugar to get it to turn white. 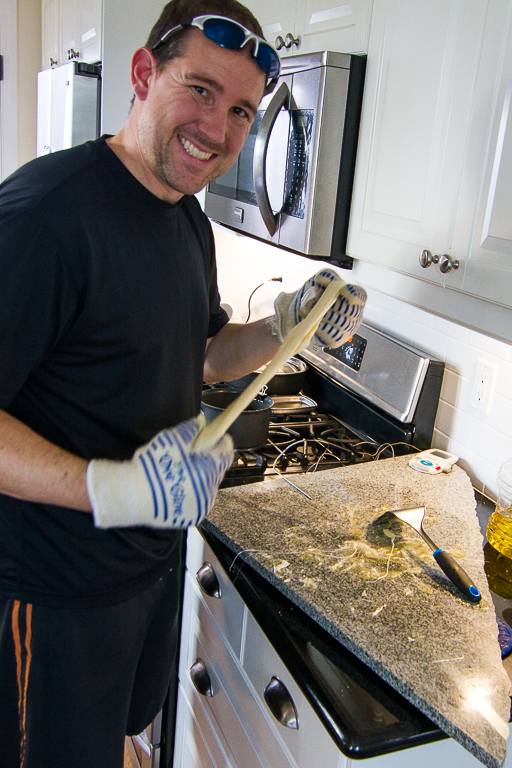 Time to add red food coloring! After separating the sugar into 2 pieces, I added lots of red food coloring to one of them and started to pull and stretch the sugar again. And at this point the gloves just started sticking to the sugar. No surprise there I guess. Boy did they make a mess of those gloves. The entire palms were solidified peppermint candy. 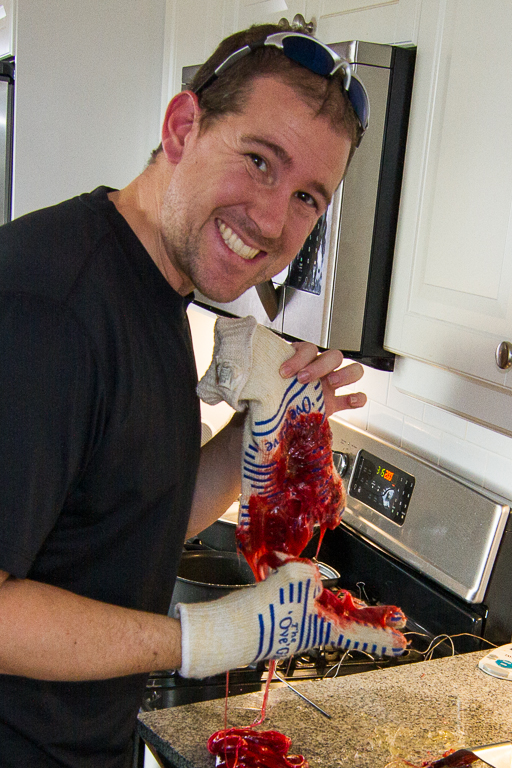 In the end, I abandoned the gloves entirely and just dealt with the hot sugar with my bare hands. I had to work quickly and take a few breaks for my hands to cool down, but was able to get it all mixed together. 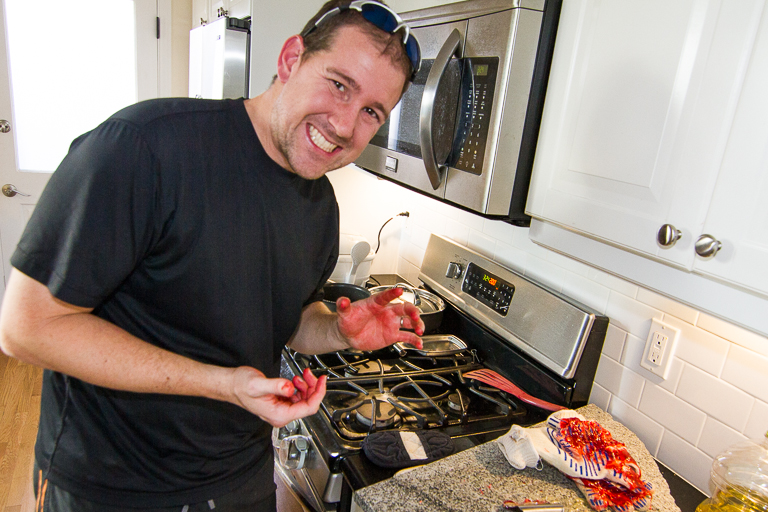 The very hot candy just coming out of the warm oven and ready to turn into candy canes! 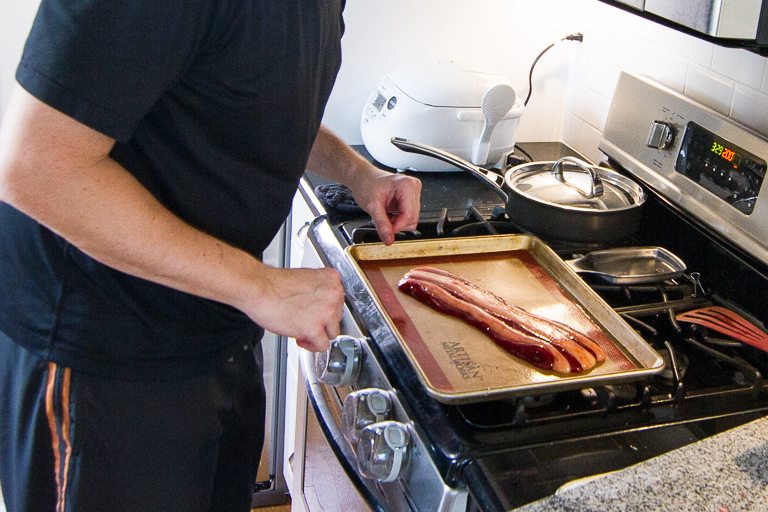 Pulling and stretching the candy and using scissors to snip each section. 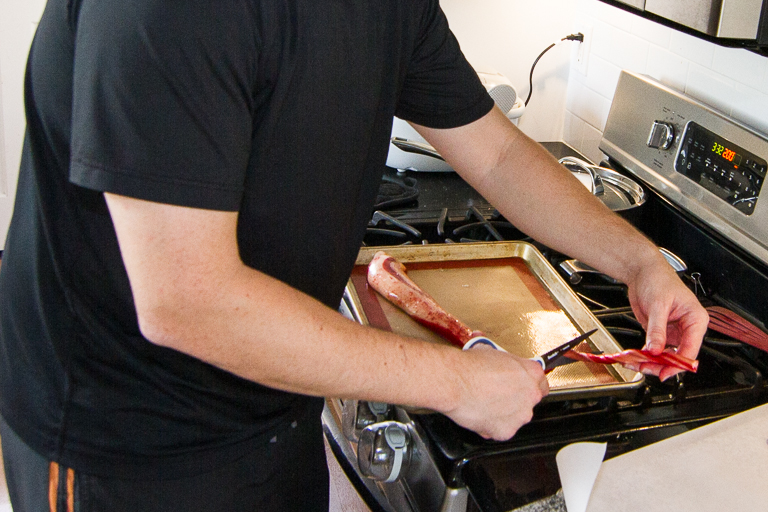 Getting all fancy for the camera. 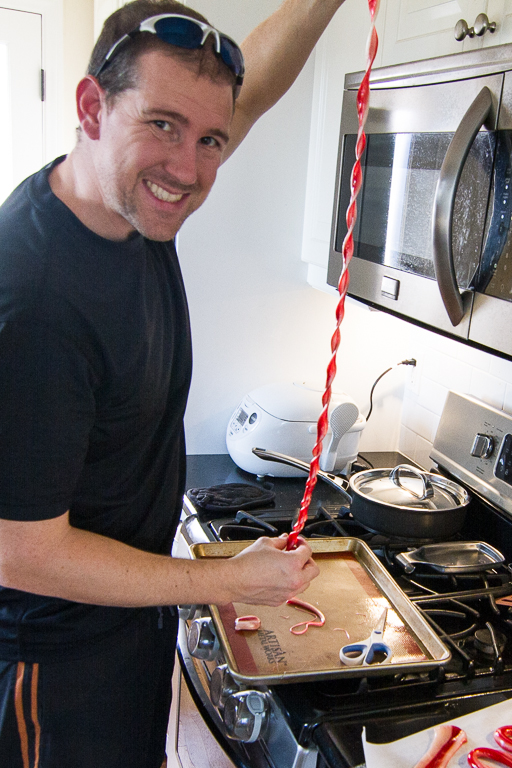 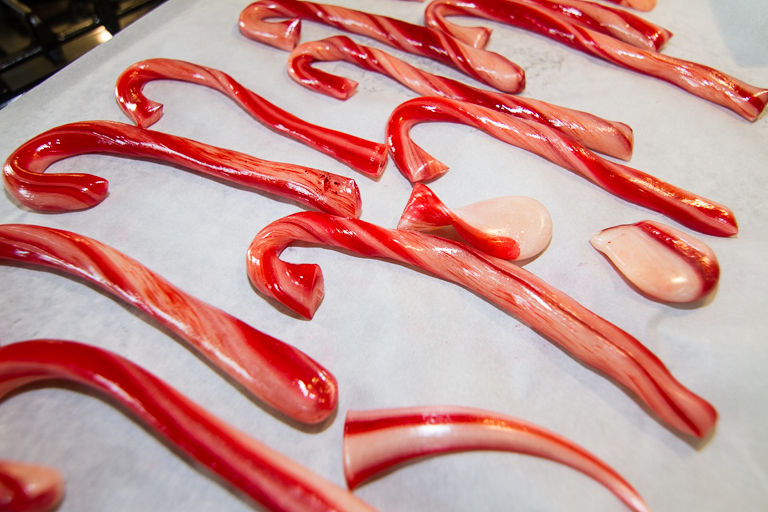 Trying a few other things towards the end. I think the one of the left looks like a strip of bacon! 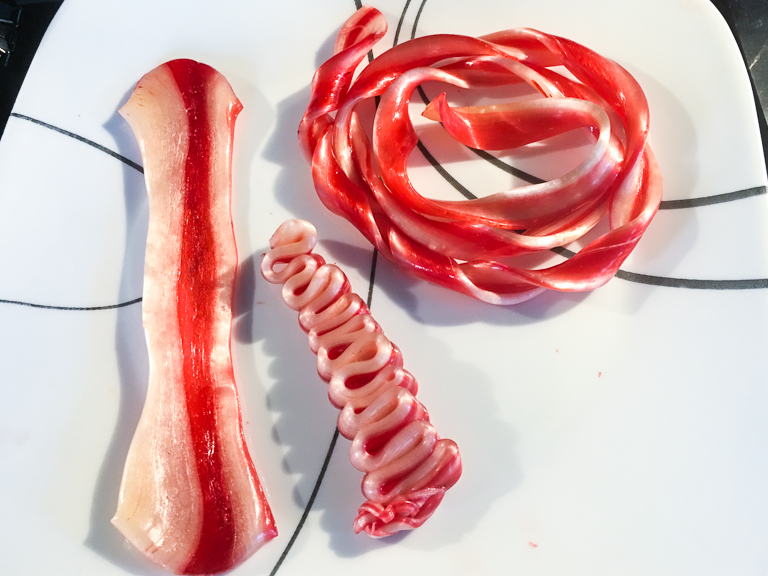 Well it wasn't without difficulties, but I had a good time making them! 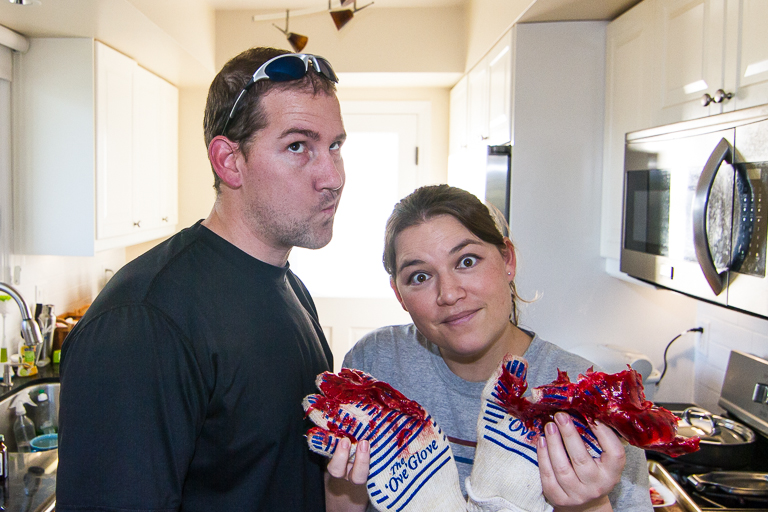 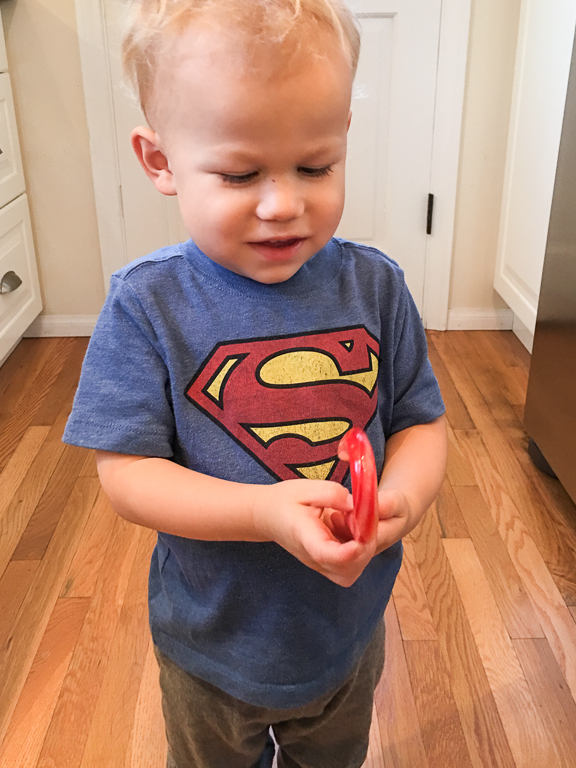 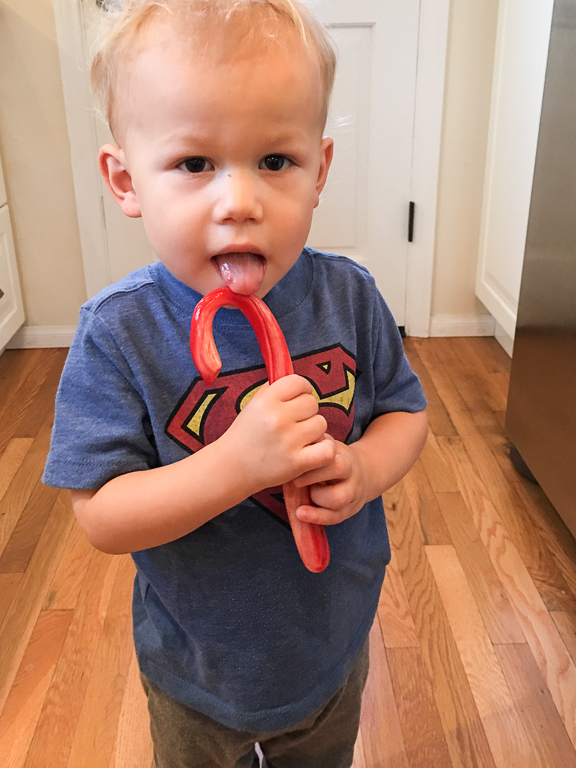 After everyone went to bed for the night, I decided to take the lessons I'd learned from the first go around and try it all again. This time I abandoned the granite slab and instead went with a silpat sheet. which worked so much better. 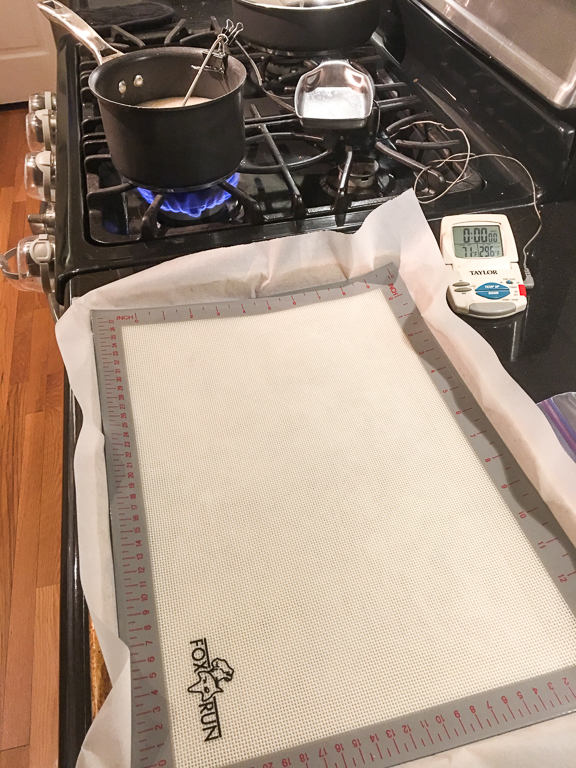 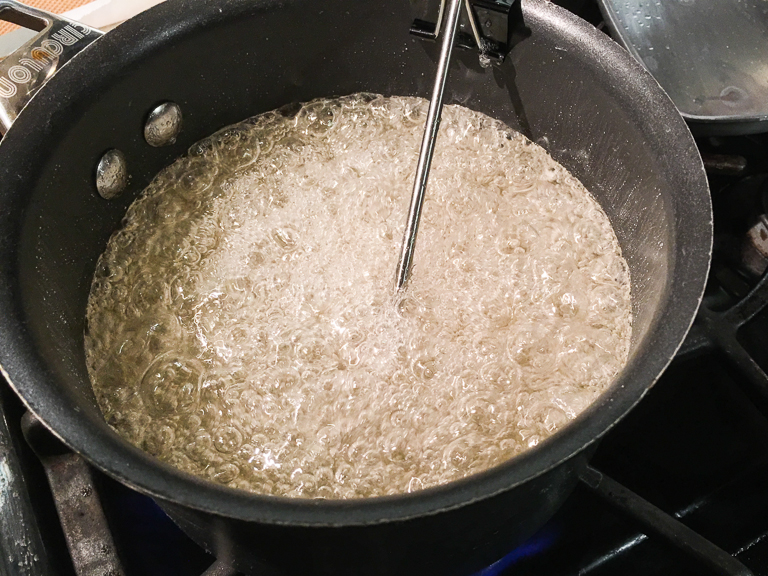 Those gloves from before turned out just fine after soaking them in hot water. 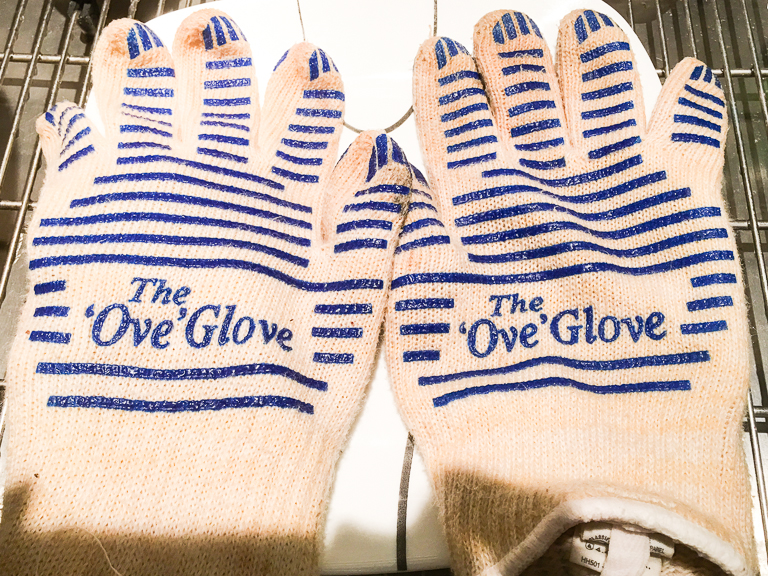 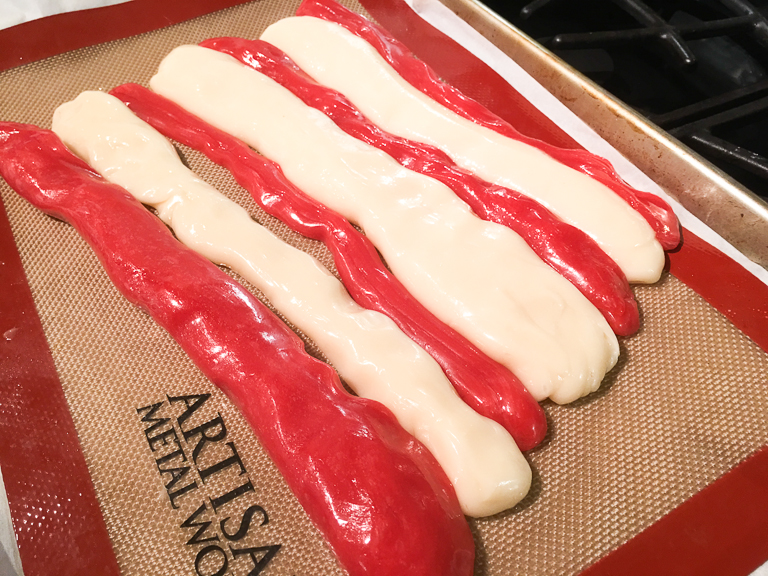 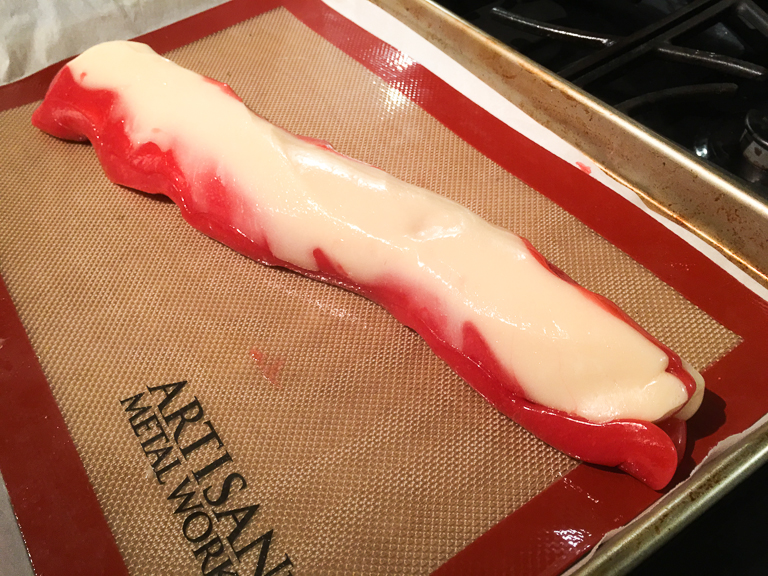 I made a few candy canes, but I also felt like doing a few special designs. The kids each got their names in candy and T got a couple hearts.
I really like how the Christmas tree and star turned out. 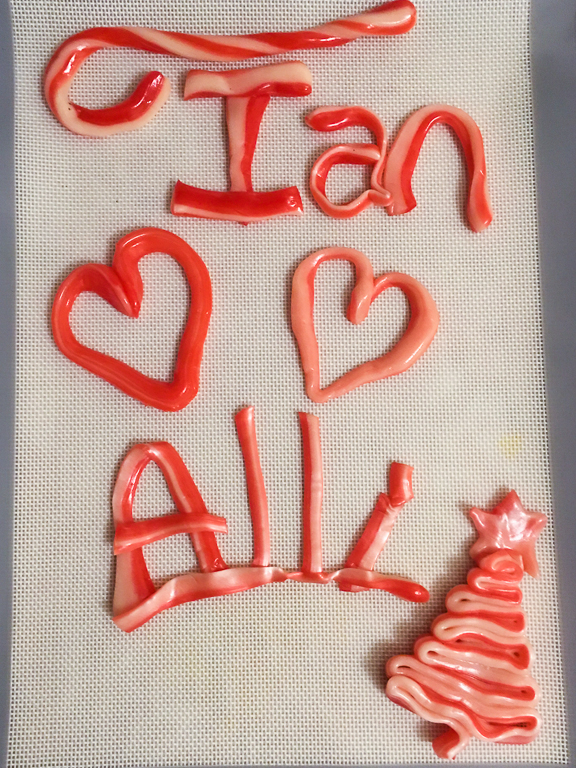 I also made a few bite-sized candy pieces, so you didn't have to commit to a full candy cane, but could still get some good peppermint flavor. 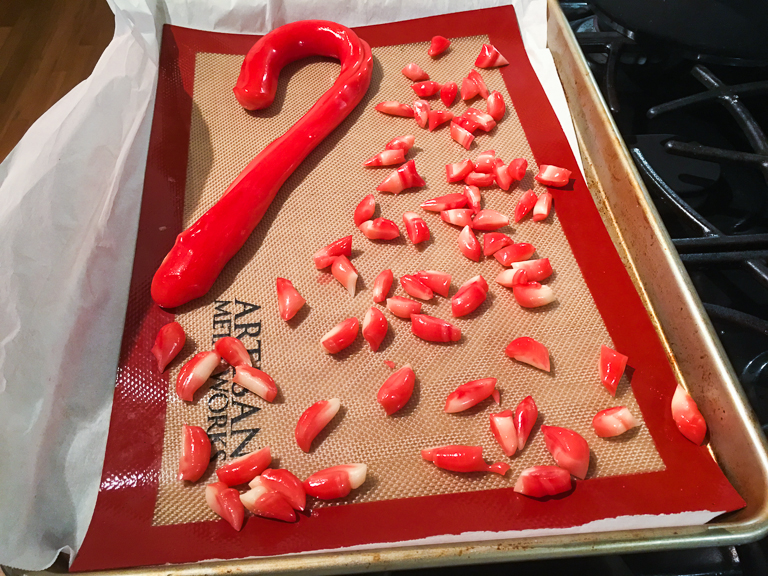 The second candy making session went so well, I'm expecting I'll make it again this Christmas season. I've already had a request from T for the next batch to make some butterscotch candies! Sounds good to me!
Posted by Joe at 8:00 PM