Bring Your Own Cup Slurpee Day

Whoa! Really? I can bring in whatever cup I want and fill it for only $1.50?
Let's see what we can come up with! 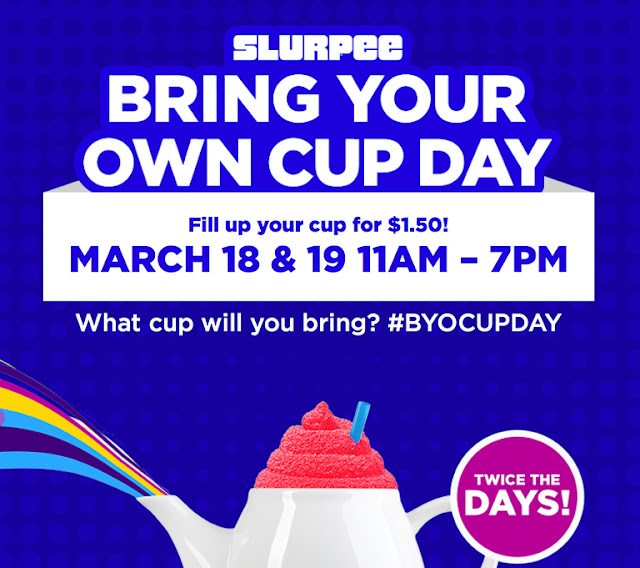 #BYOCUPDAY was two days this year, celebrating the 50th anniversary of the Slurpee.
There's only a few rules.
1. Whatever container you bring needs to fit through the 10" hole in this sign.
2. Cup must be food-safe clean
3. Cup must be water tight
4. One cup per person on BYO Cup day 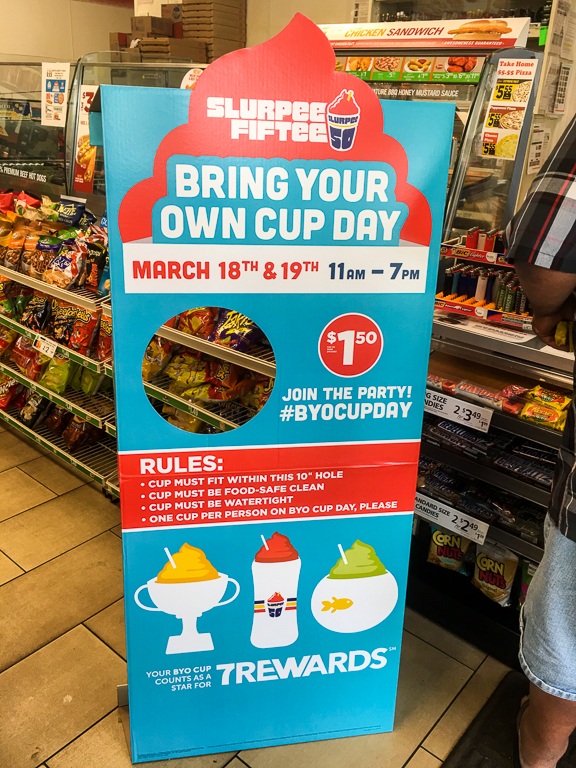 So what did I find? How about an 8 quart kitchen pot, equivalent to 256 ounces! I probably should have just ignored it, but... that's equivalent to 2080 calories. 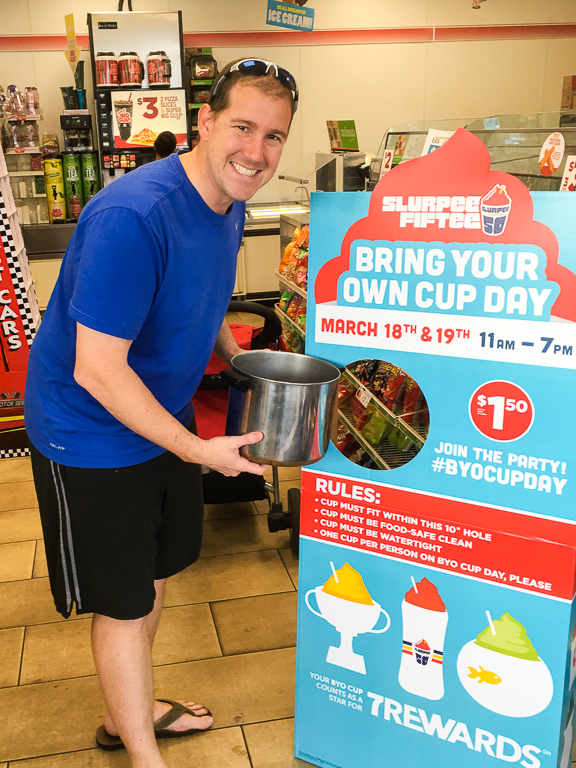 Check with the clerk. And I'm good!
He said there have been quite a few people coming in today, but my pot was the biggest container he's seen. 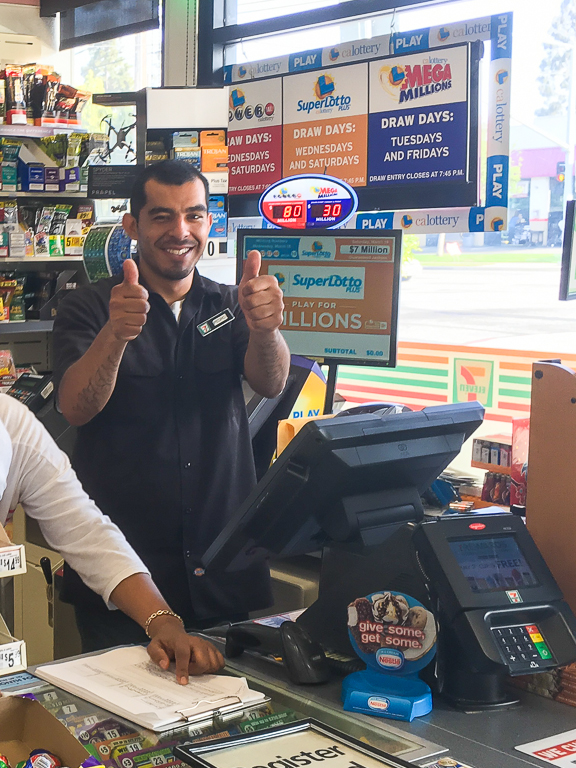 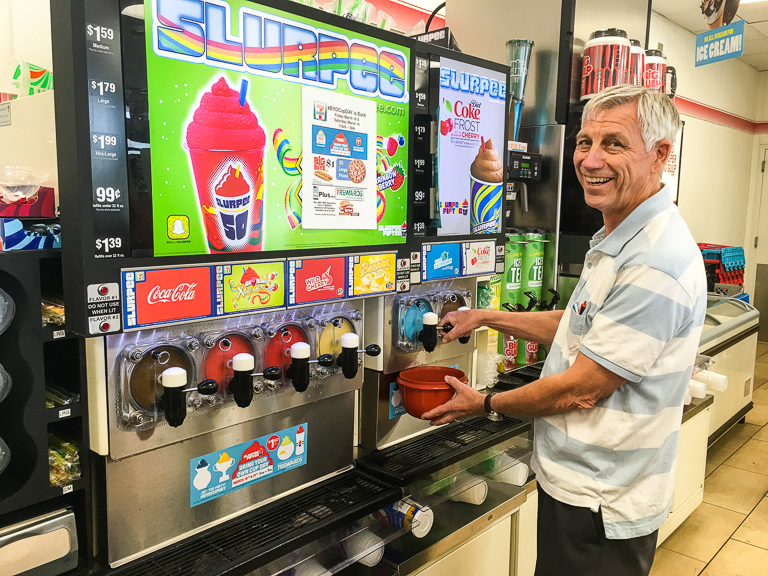 Normally Ian would get a small sippy cup filled with a little bit of mine. Today though, he gets a large Disneyland popcorn bucket filled to the top with whatever flavors he wanted. 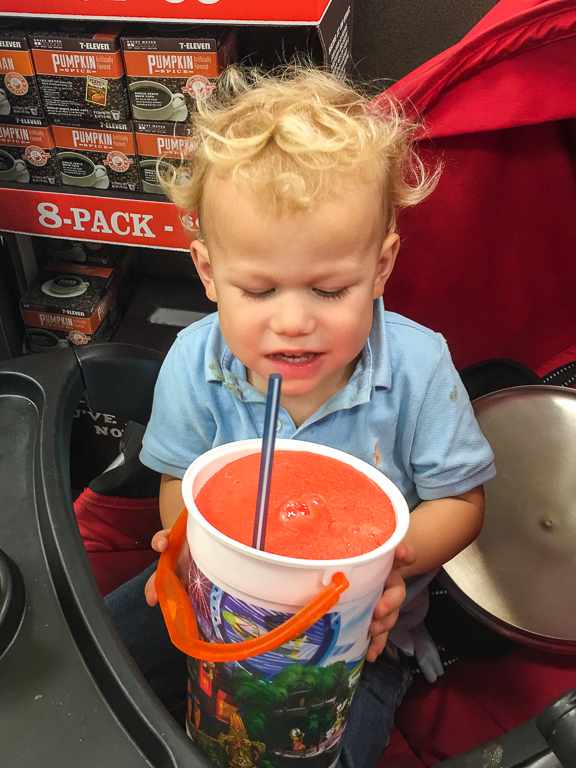 That popcorn bucket doesn't have a hole for a straw, so it was just a tad messy. 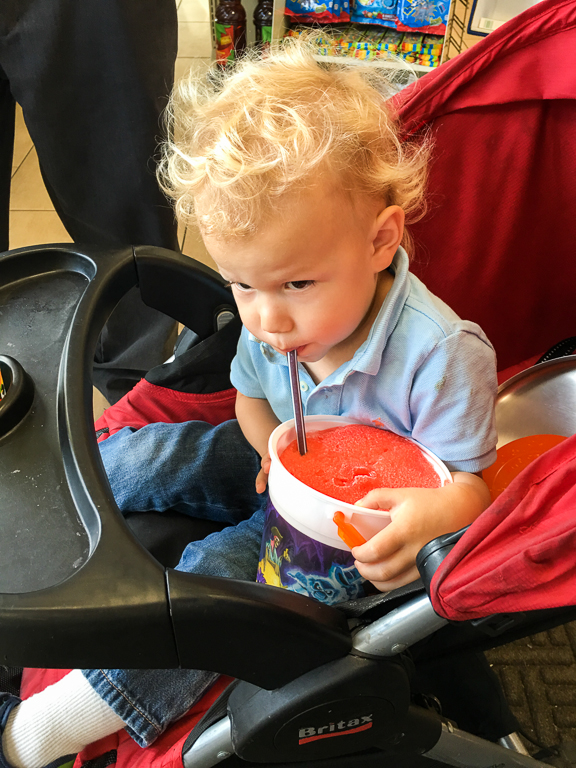 Now that everyone else had filled up their containers, it's time to drain these machines and fill up mine! 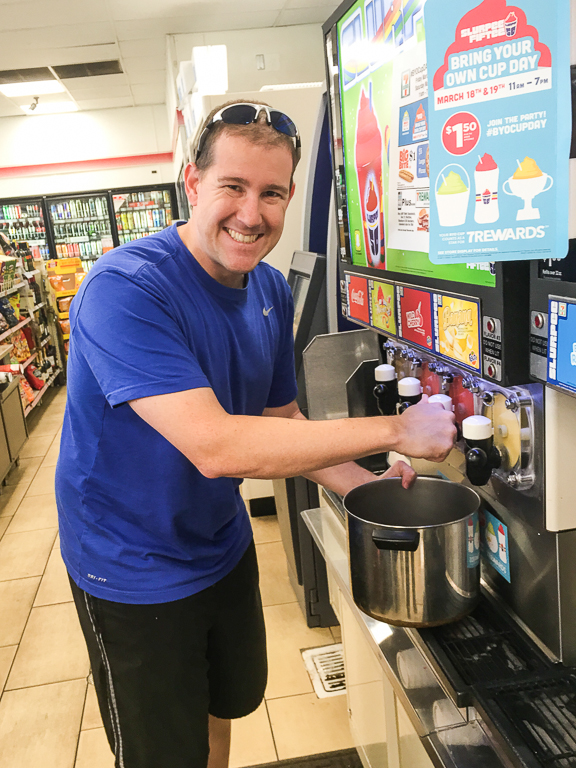 Thank goodness for these handles on this pot. This thing is going to be freezing! 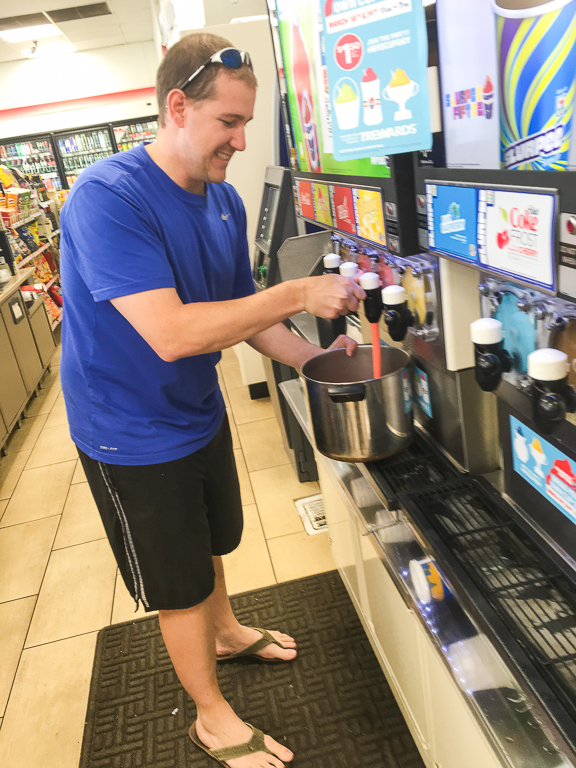 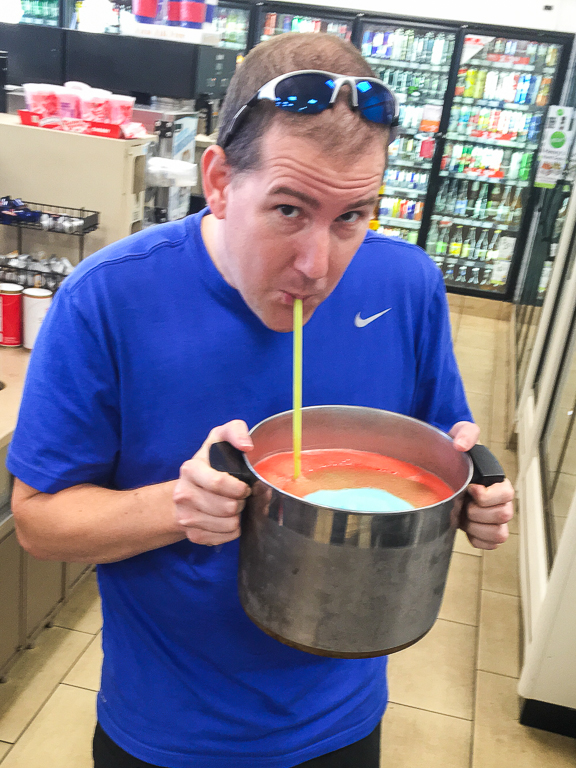 Happy to be a part of this promotion. 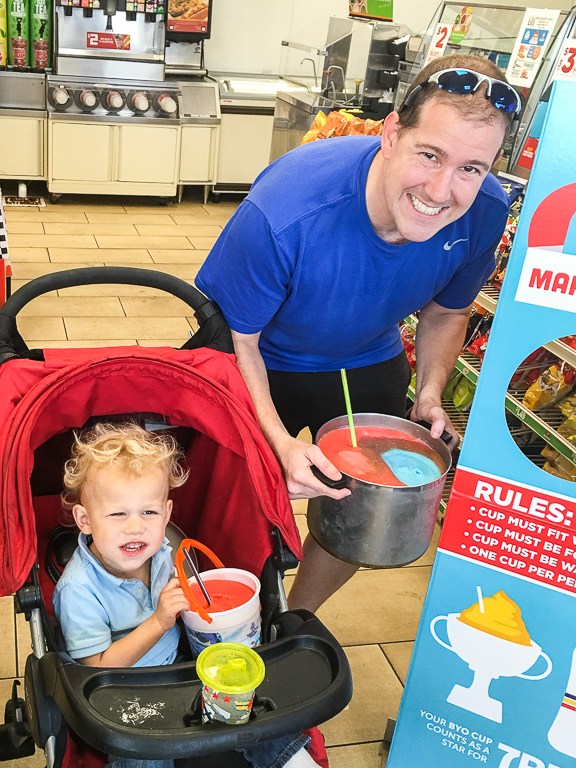 The clerks working here had a really fun time with it. They were laughing and joking about how big it was. I was asked if I was going to really drink it, or just throw it away. Drink it of course! 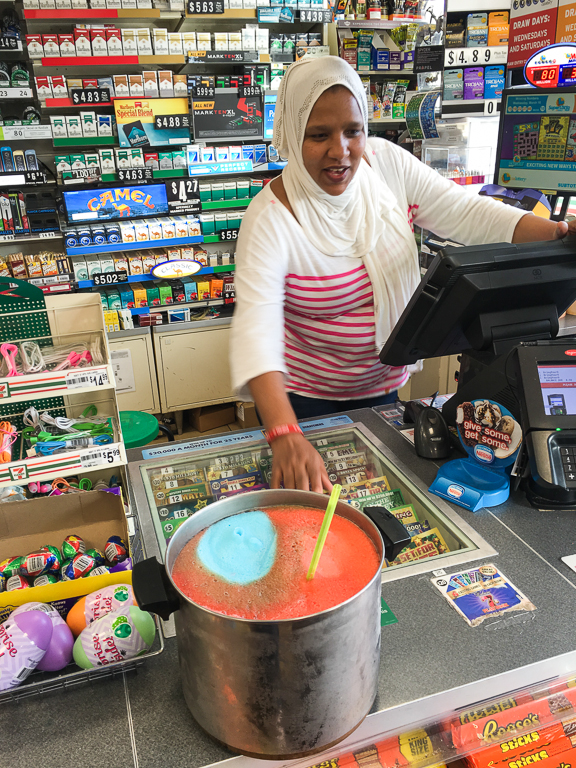 Posing outside with our Slurpees. 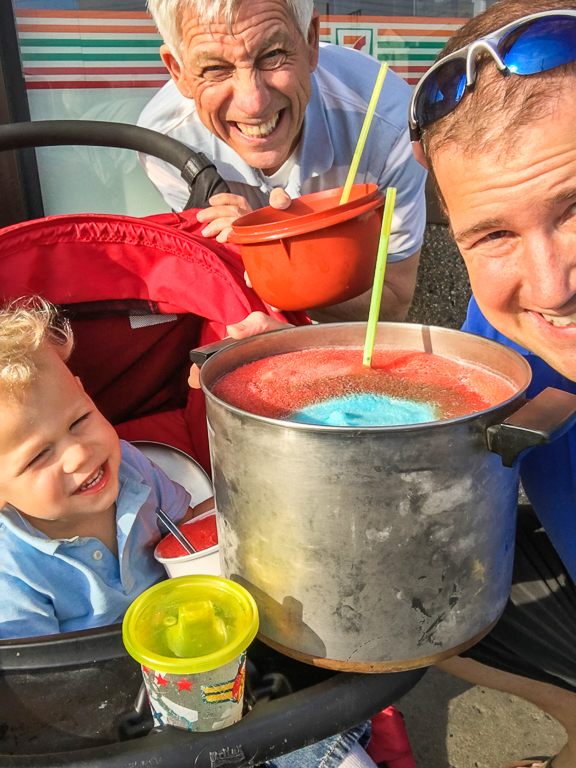 That's a big cup for a little boy. 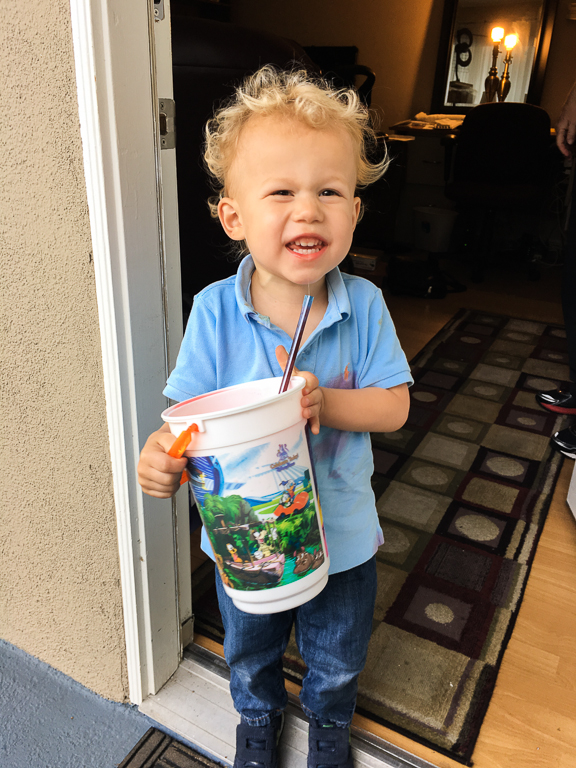 After getting home, Theresa tried a few sips, but all too often, she encountered blue raspberry, which she hates. 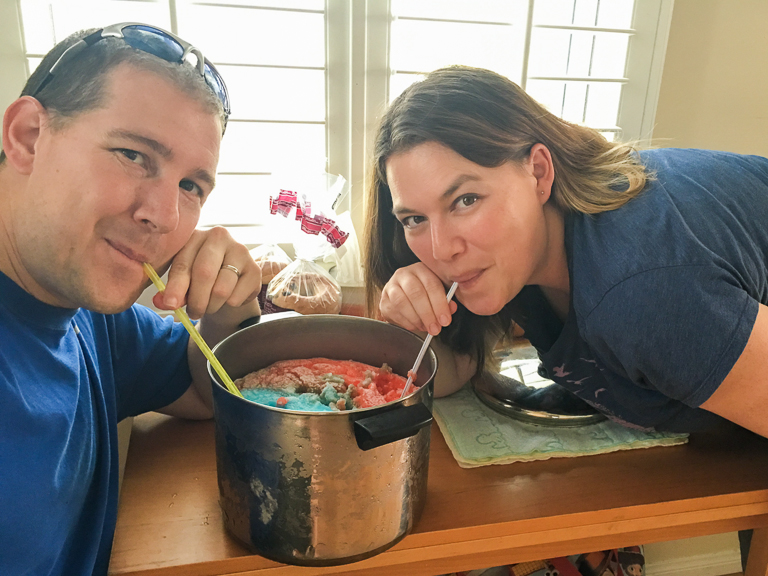 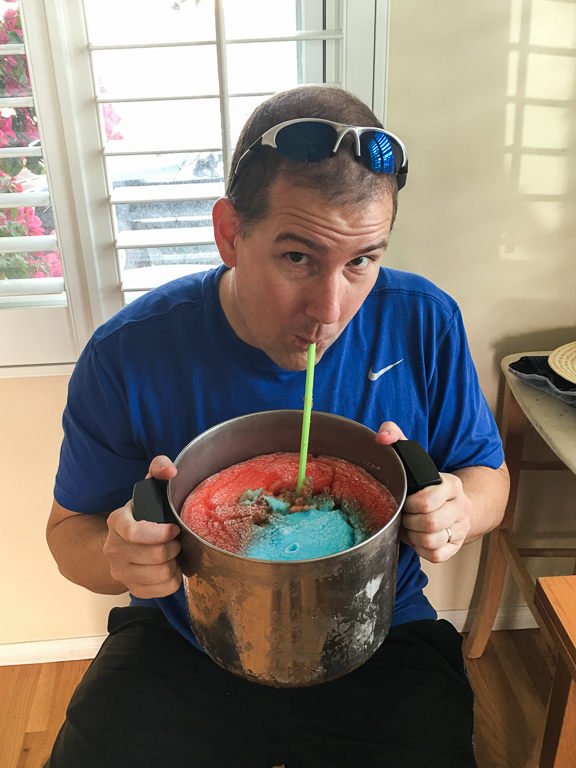 A little while later...
I know when I'm beat. 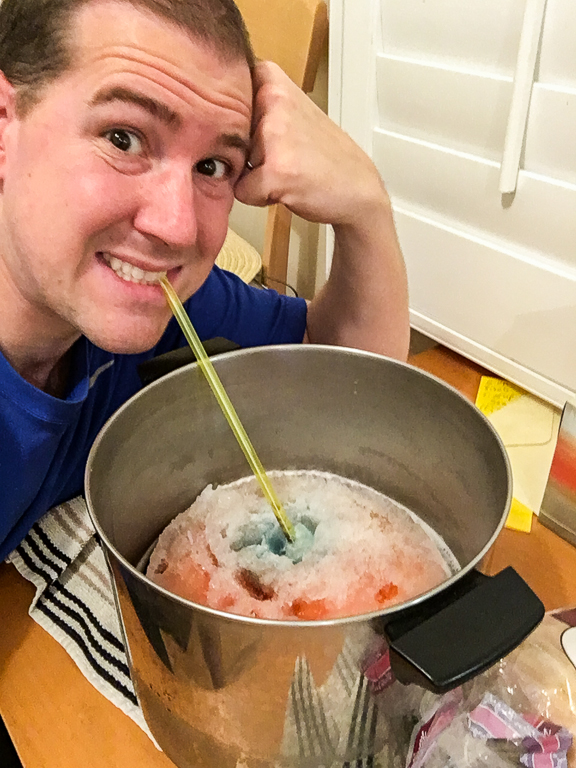 Not a bad showing, but I think I'm good on Slurpees for at least the next month. 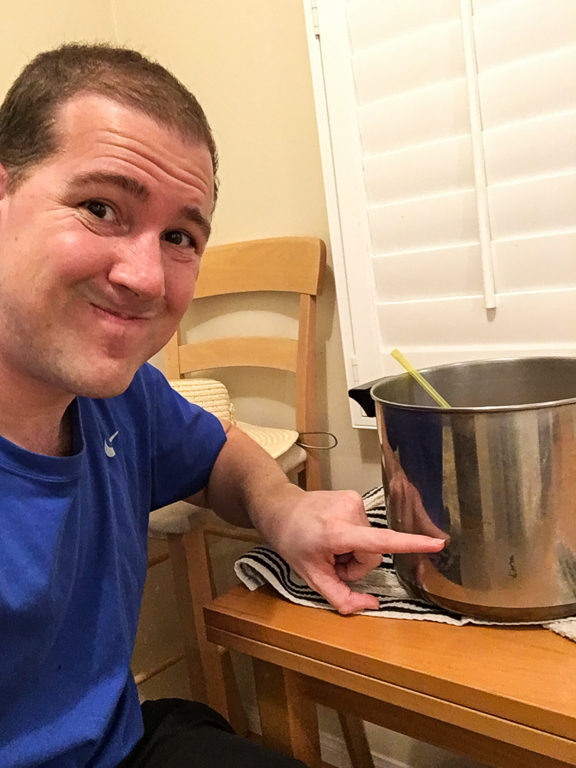