Monday in Florida and today we were planning to go to a water park. But after looking at the forecast, it's not a good day for that. Instead we're getting a little dose of Disney with a visit to Disney Springs, the old Downtown Disney 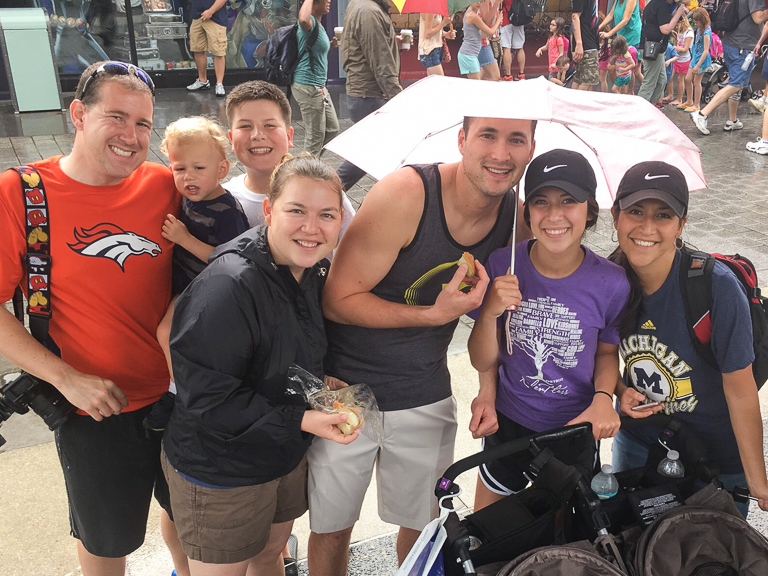 The new parking garage was pretty great. My only complaint was getting back to it if you missed the original turn-off. I had to drive the entire length of Downtown Disney before I could turn around to get back to the structure. 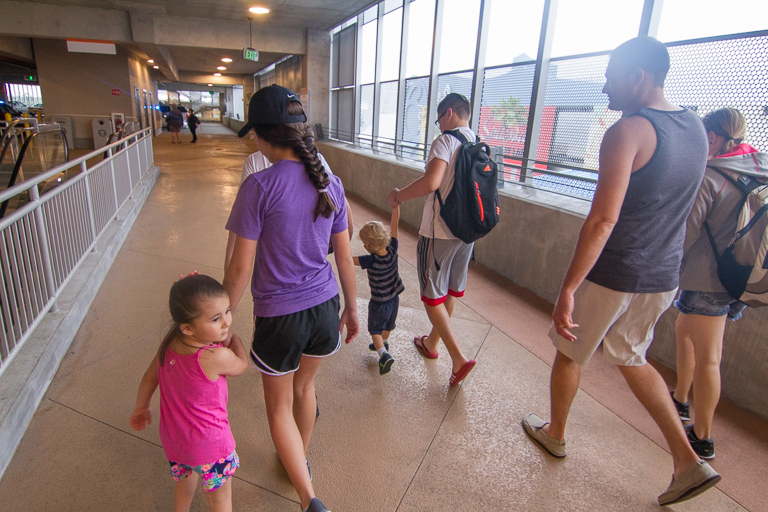 We all had our hearts set on eating lunch from the food trucks. Once we got there though, every truck had a sign saying they didn't open until 4pm. Bummer. 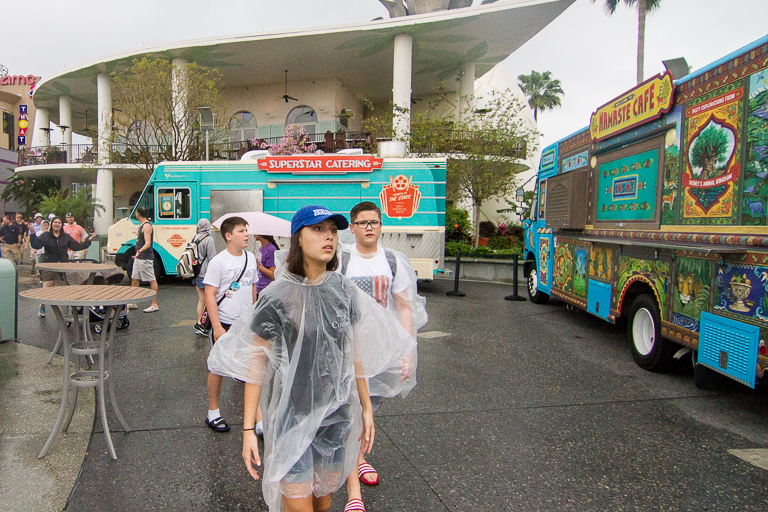 The Candy Cauldron was close by and everyone wanted a treat. Let's duck in there. 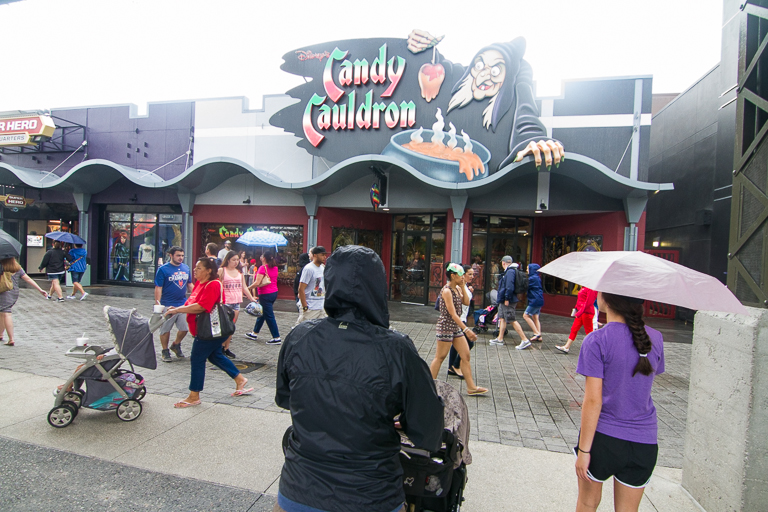 It's almost like these displays are this height on purpose... 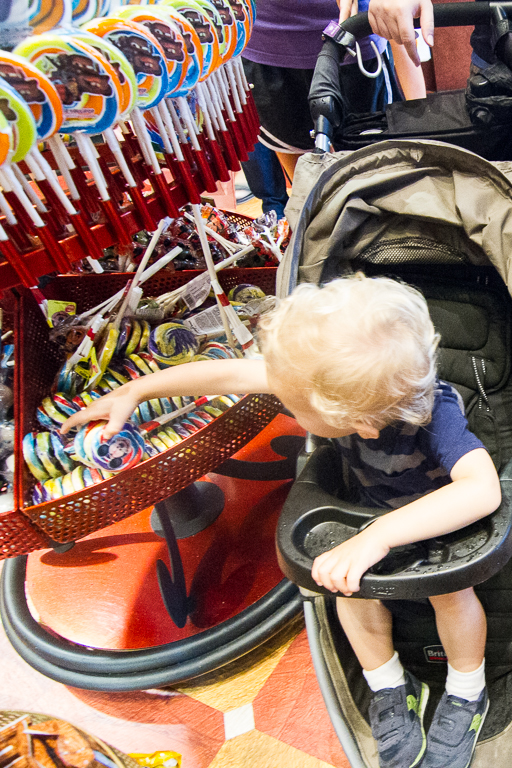 One great benefit we found out was that they'll cut caramel apples for you here!! That'd sure be nice to have back home at Disneyland. 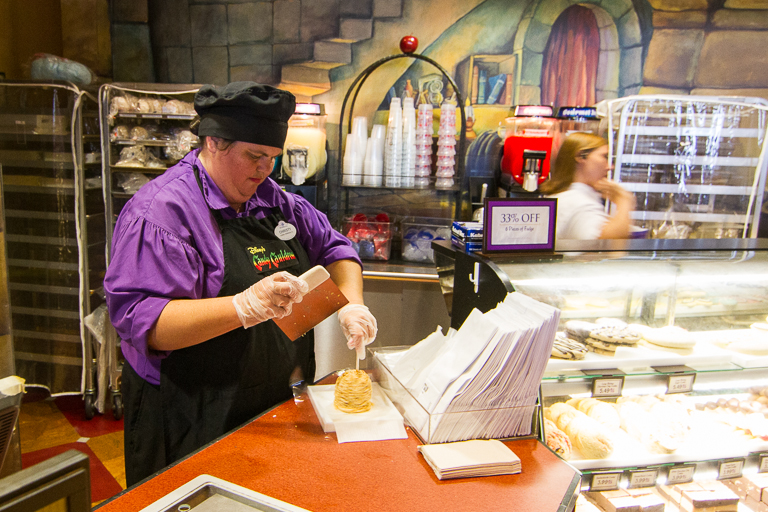 Wow. The bottom dropped out while we were getting candy. 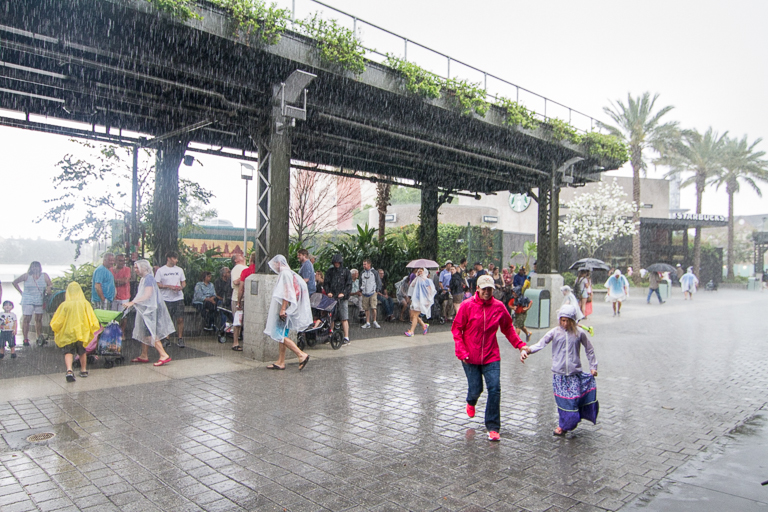 We found shelter while it was pouring. Afterwards, the drains couldn't keep up with the water. People tried walking around anyway, unknowingly walking through super deep puddles and soaking there shoes.

Making the best of being caught out in the rain. 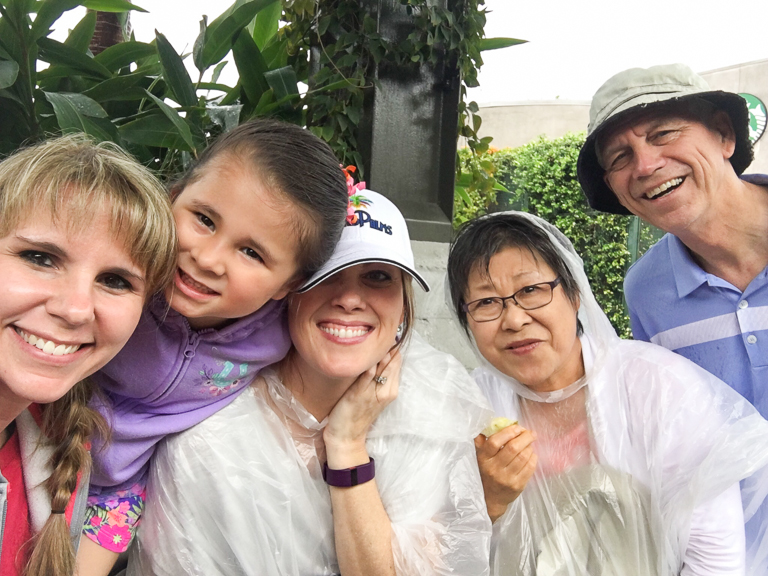 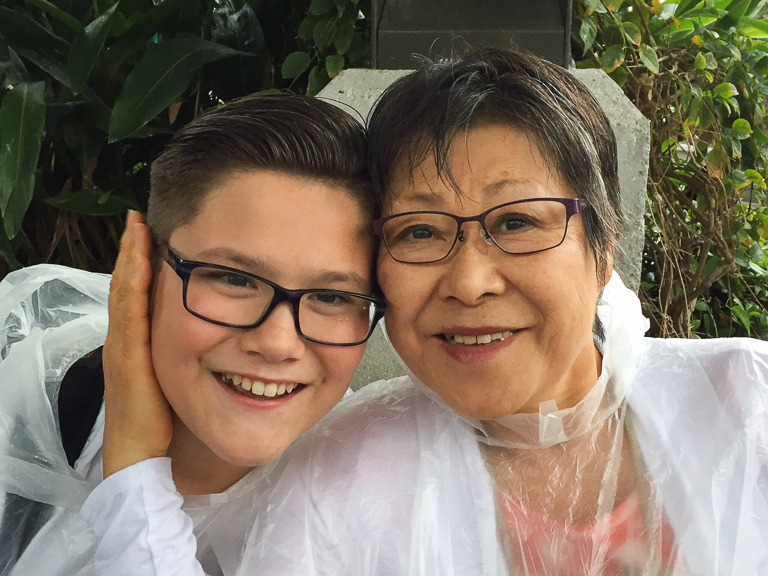 So what to have for lunch? Earl of Sandwich is always delicious. 18 sandwiches? Wow. 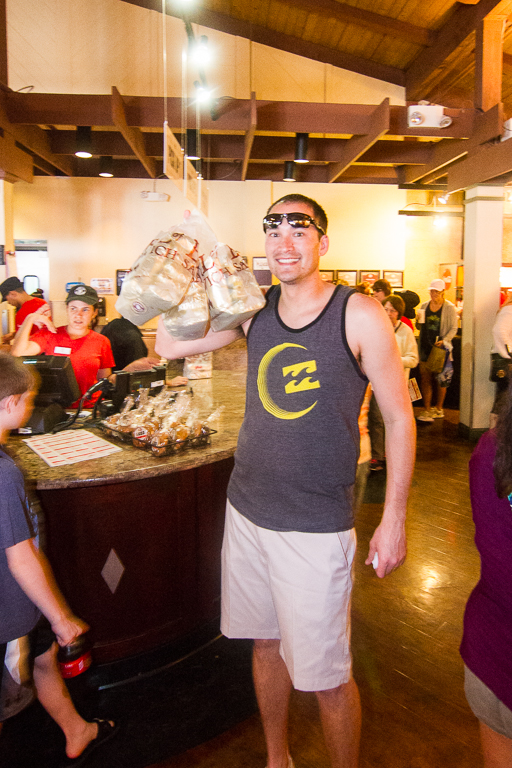 Would have been nice to find a place inside in the AC, but being Spring Break and all it was hard enough to find any tables together. 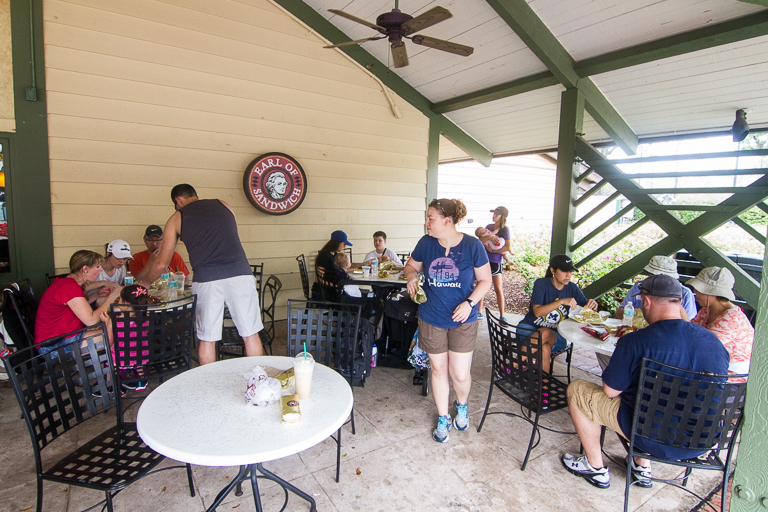 While eating, we could hear the fountains and see the kids enjoying them. I know a certain little boy who would love that. 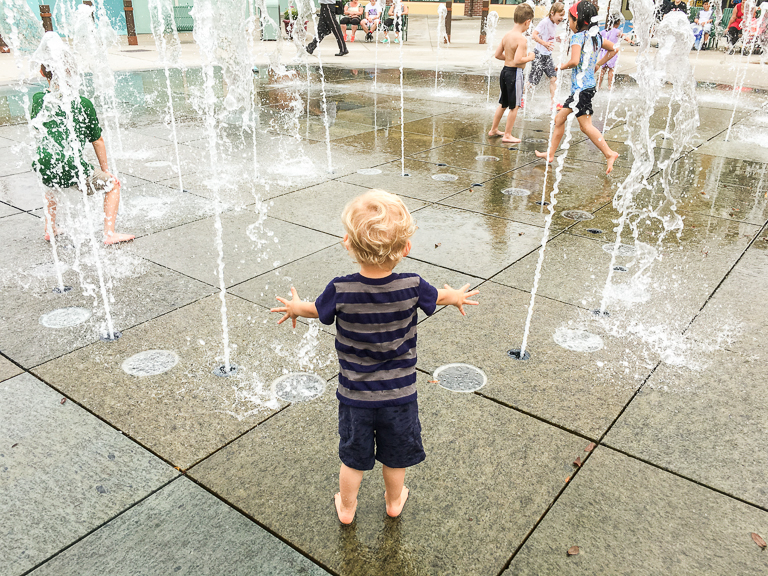 In the beginning, he wasn't too sure about getting wet. 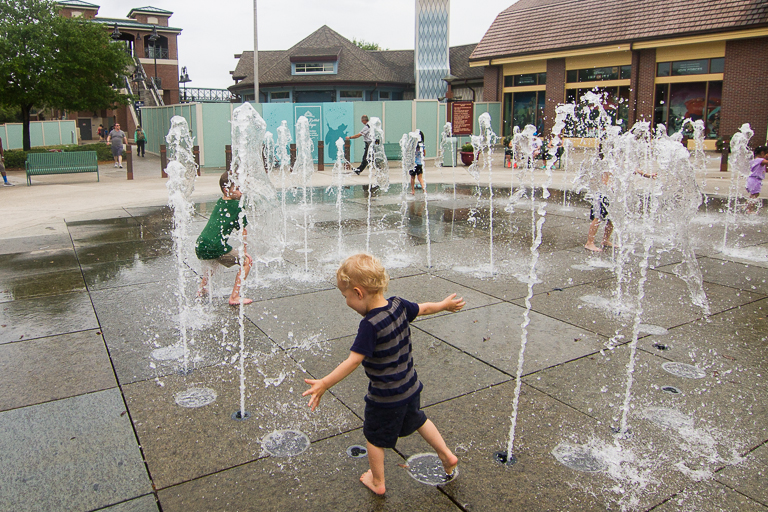 But before too long he was drenched. 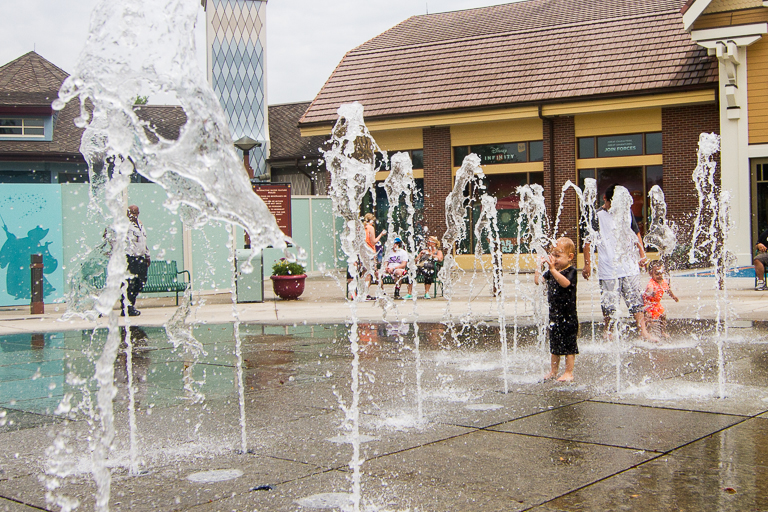 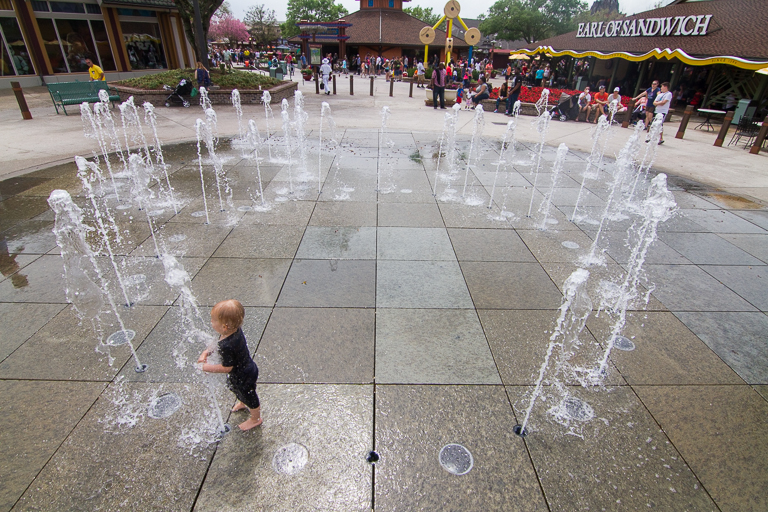 Hey! None of that now. 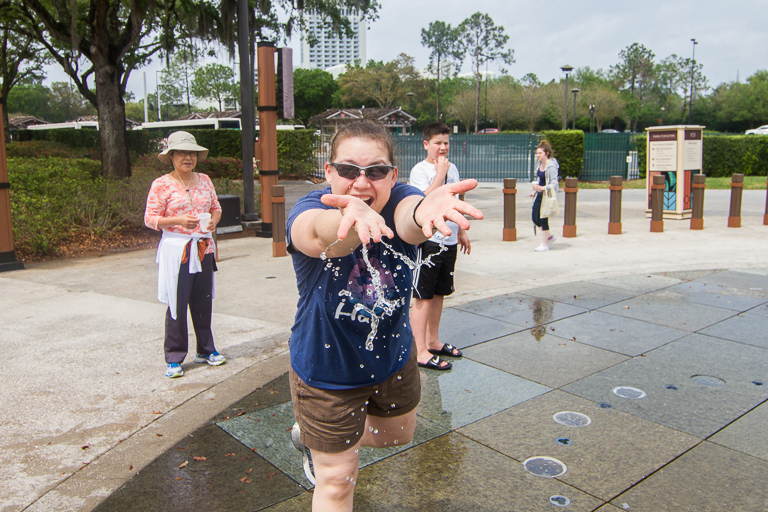 It was a sensory overload for Ian. One fountain stops and he's off to find the next one. 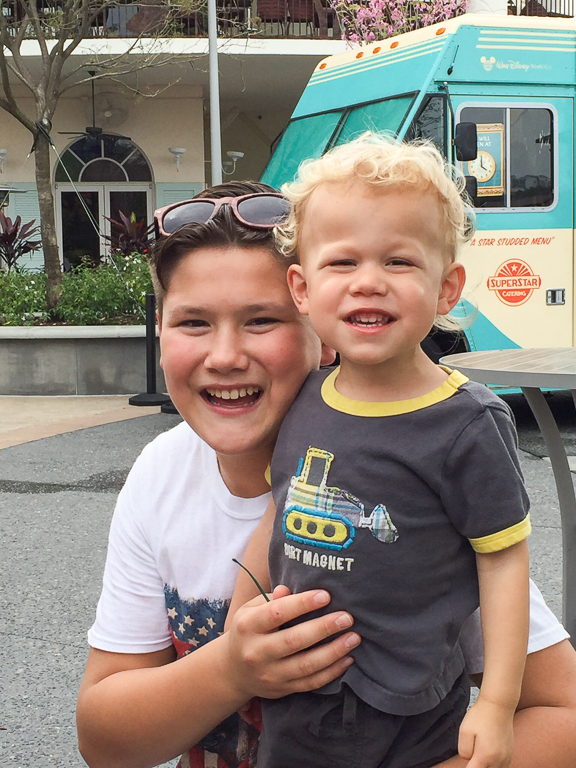 Not quite 4pm, so we played around and Austin chased Ian. 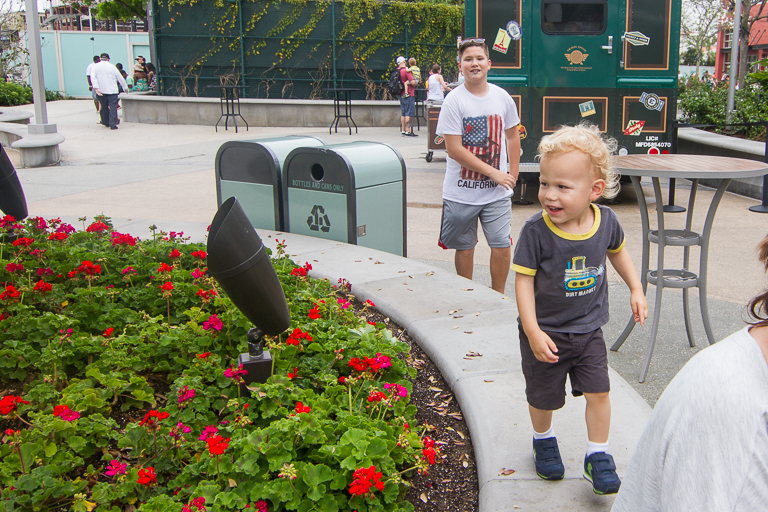 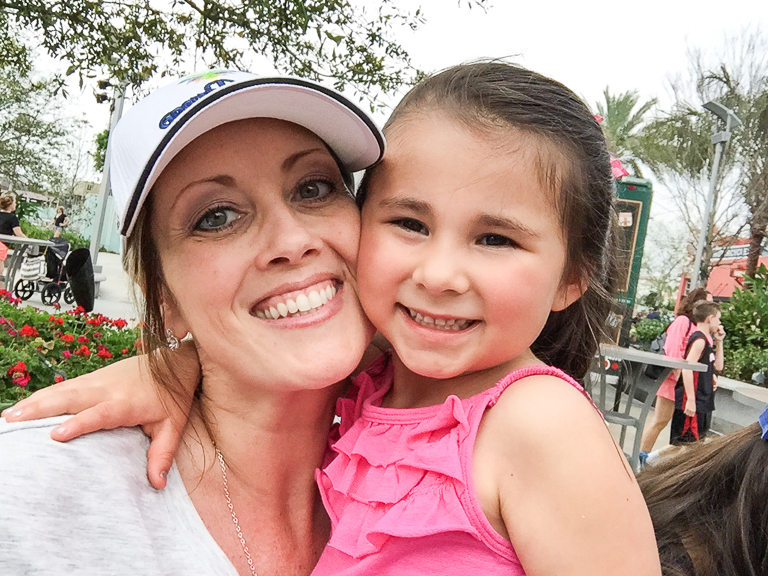 I had read about some of the offerings from the food trucks here. One of them was supposed to have a variety of items from different Disney parks. The corn dog from Disneyland, a chocolate brioche from France, and I don't remember what from Japan or China.
I thought if any of these trucks would have that, it would be from this truck, World Showcase of Flavors. 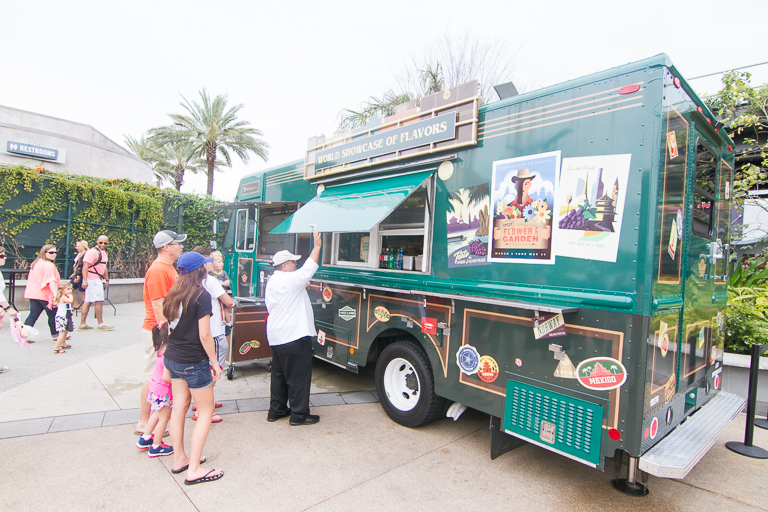 No such luck. Potstickers, Beef Sliders, and a Chicken Gyro were offered here. There's certainly food truck prices here. $9 for 5 potstickers. Dinner would be pretty expensive here. Just some snacks then. 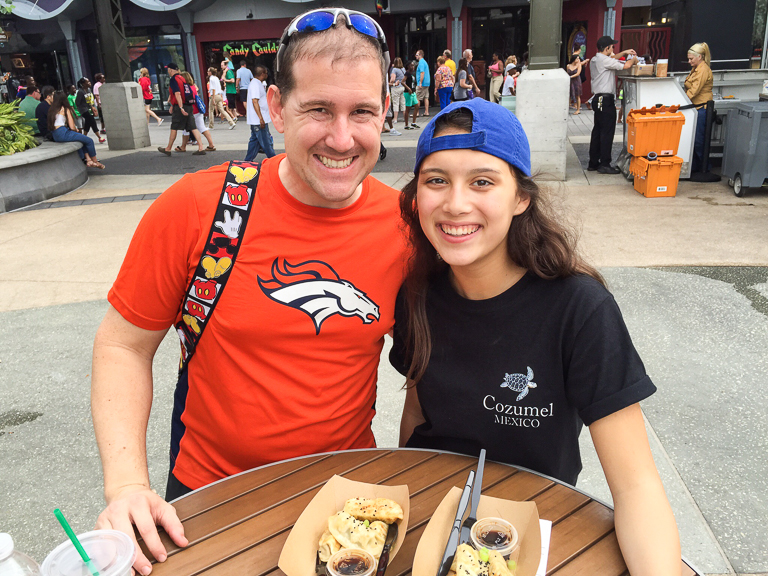 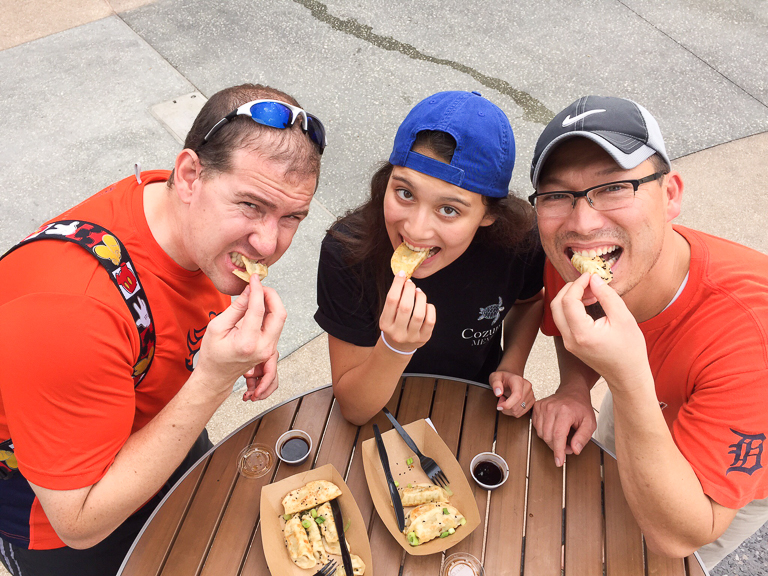 Snacks like a shrimp and lobster mac and cheese. I even tried a bite! (too fishy for me) 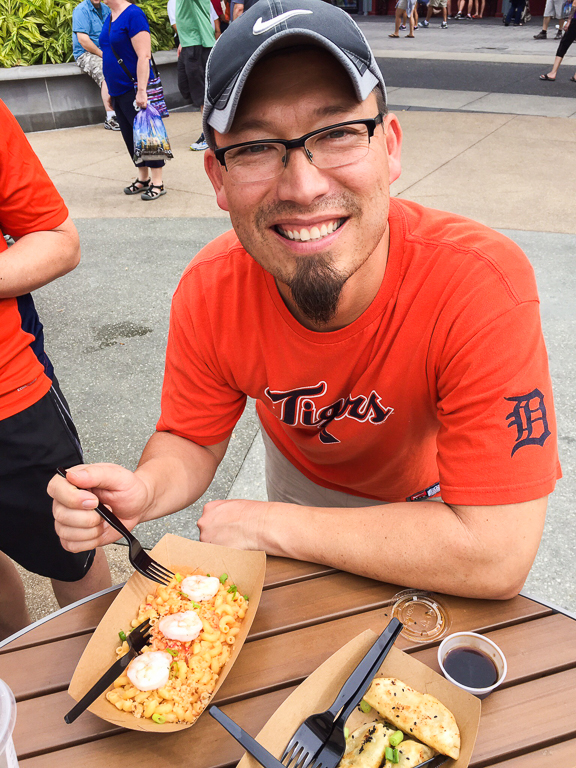 More snacks from the nearby Candy Cauldron. 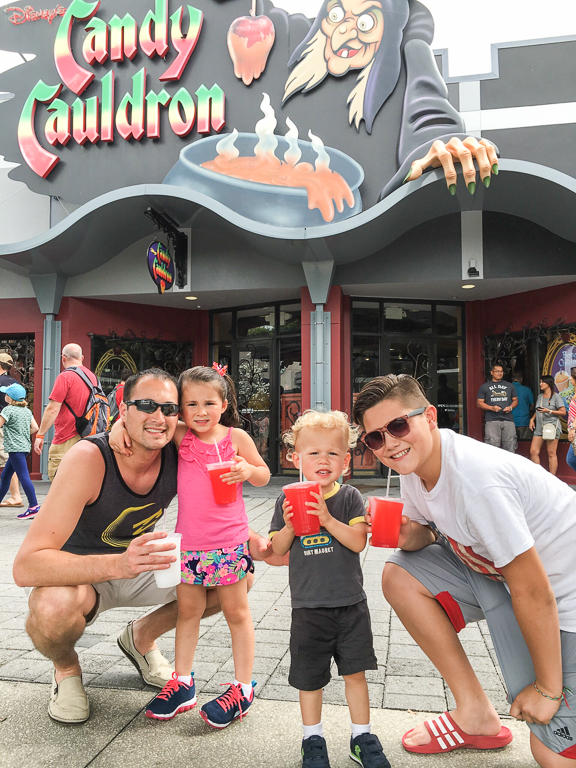 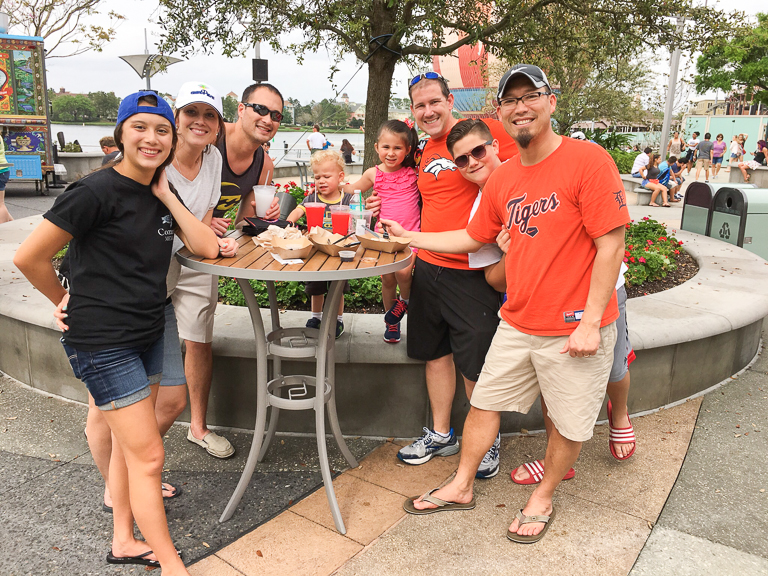 All that running around wore him out. 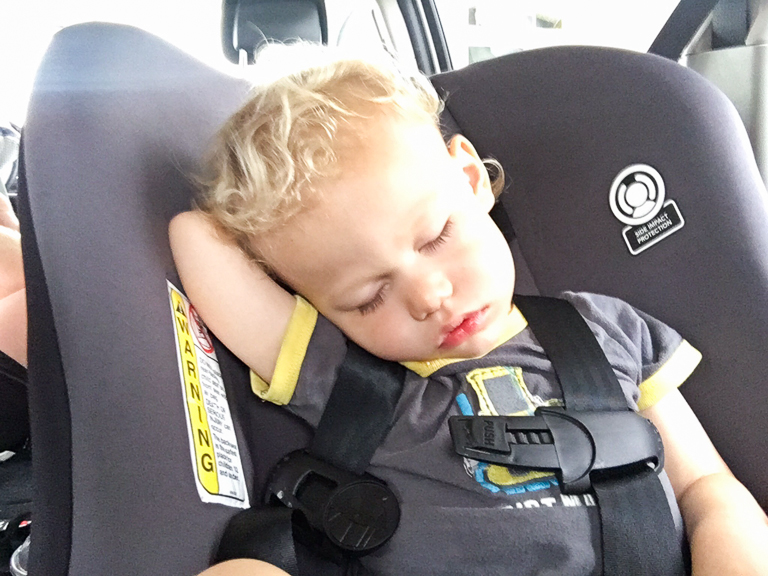