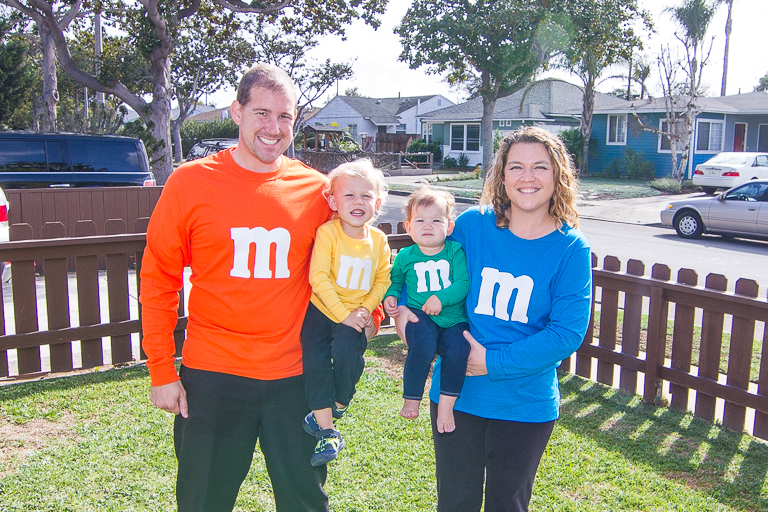 And with all the family that is out visiting for Ian and Alli's birthday, we're a whole bag full of M&Ms. 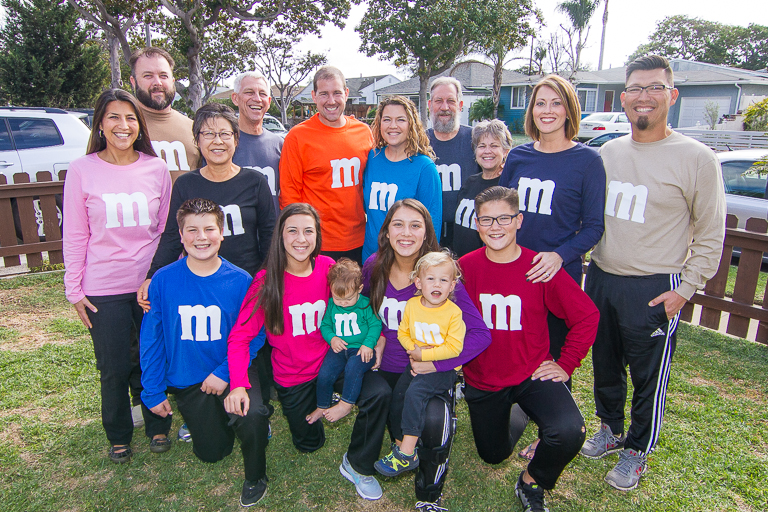 We had fun taking lots of pictures in the front yard with everyone. 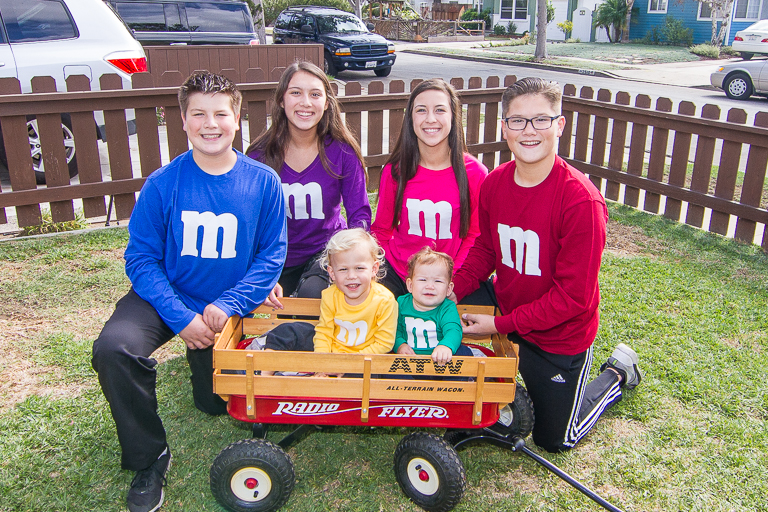 And the kids certainly enjoyed the attention. 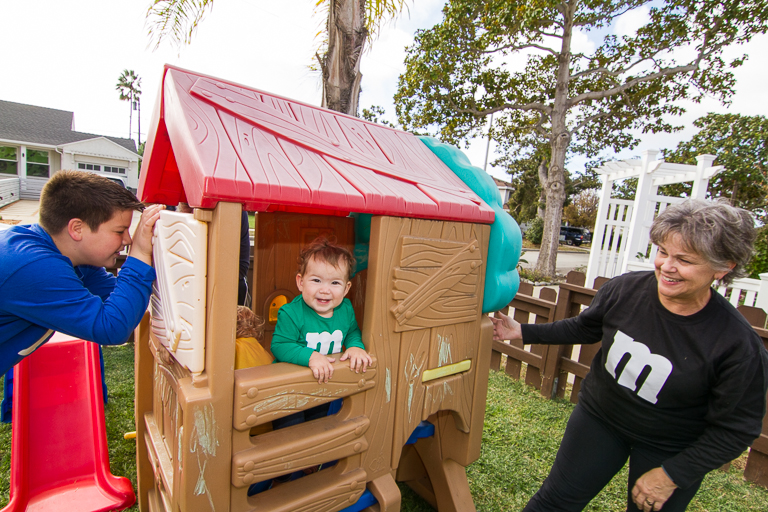 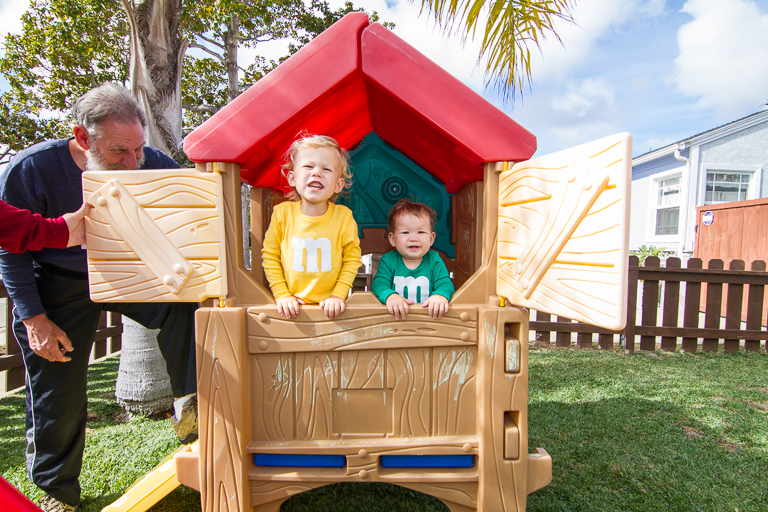 Finally it was dusk and time to go out trick-or-treating. 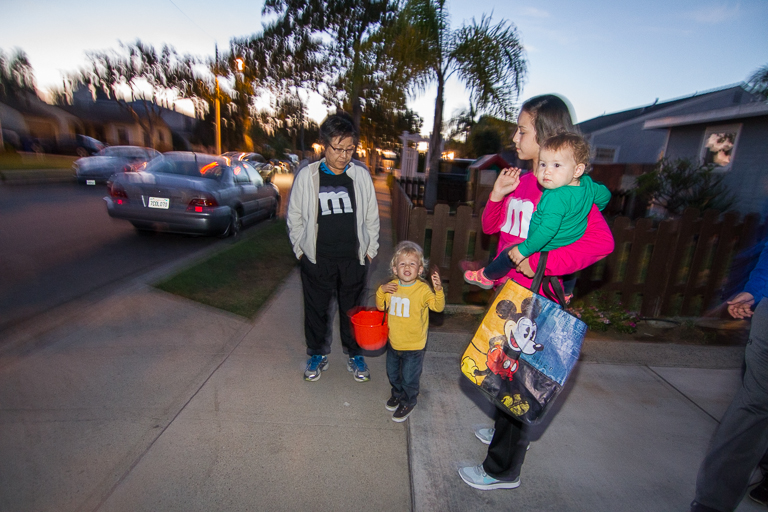 Our neighborhood was swarming with kids. 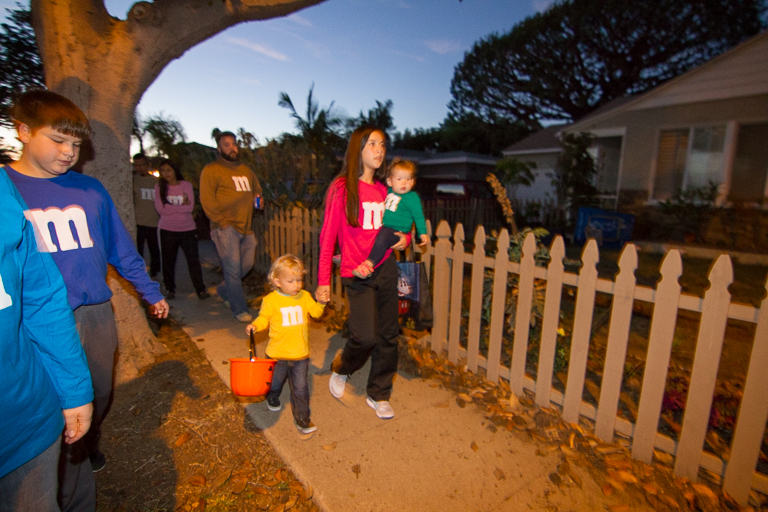 Some of the houses on our street are a little extreme... This one had a small maze in the front yard, and had someone in a cage trying to scare people. Another house down the street was doing the "creepy clown" thing. They set up a circus tent, occasionally had a scary clown ride a tricycle out front, had a stilt-walking clown, and had a bloody sign that had an arrow pointing towards Free Hugs. Those houses we ended up skipping. 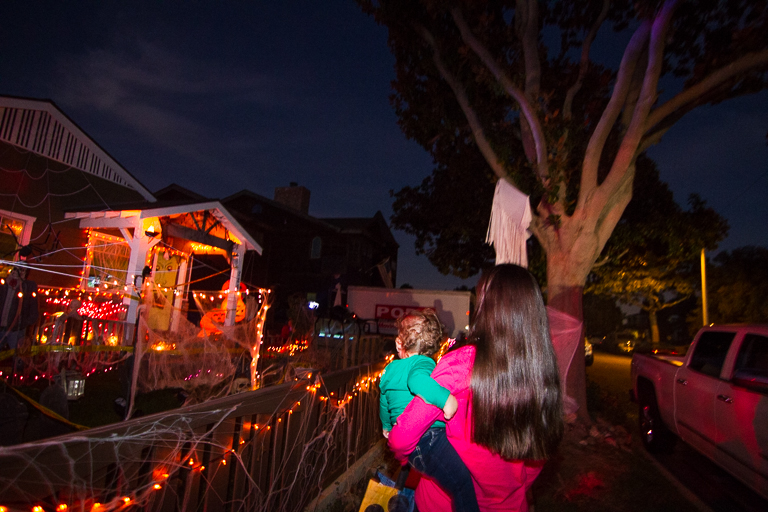 Our neighbors Grace and Gene are on safari, finding a giraffe and a tiger. 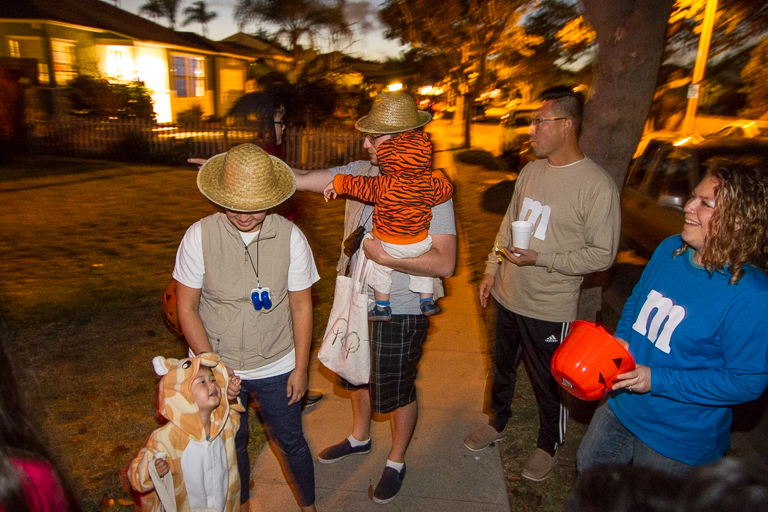 After making the rounds on our block, I thought we were done, but after getting back to the house, Ian said "Please can we trick-or-treat more?" What can you say to that?
On to the next block, filling up our pails with candy. 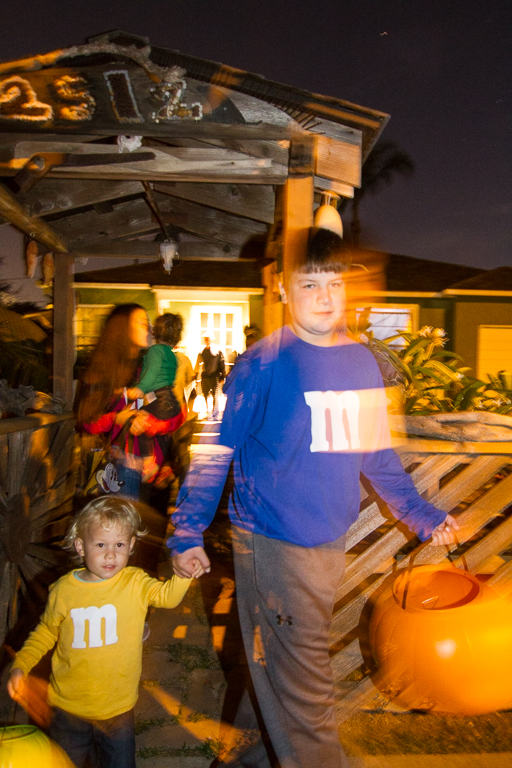 Finally after all that, it was time to go back home and sort out candy. Ian was really good about giving out pieces to people.
"Can I have some candy Ian?"
Ian - "Probably you can have some Sweet-Tarts." 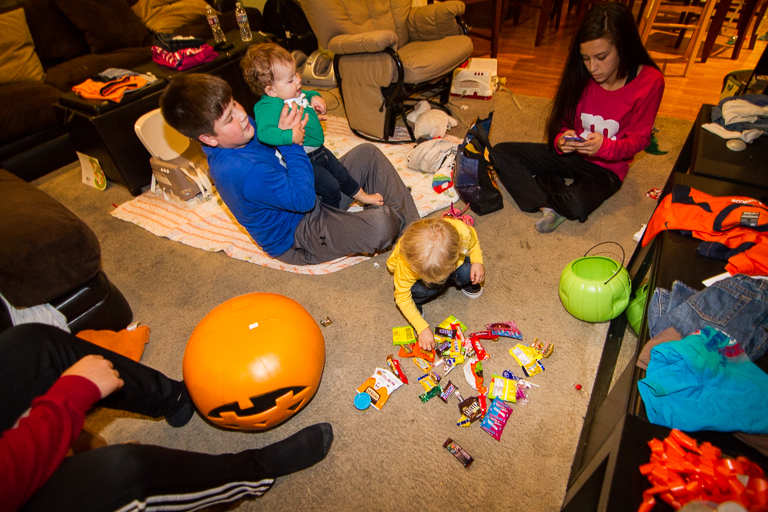 What about you Alli? 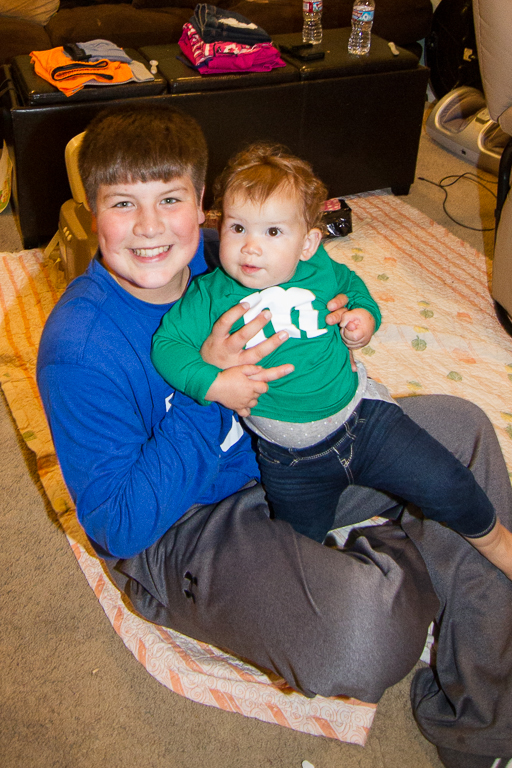 Cleaning up, putting the candy back into the buckets. 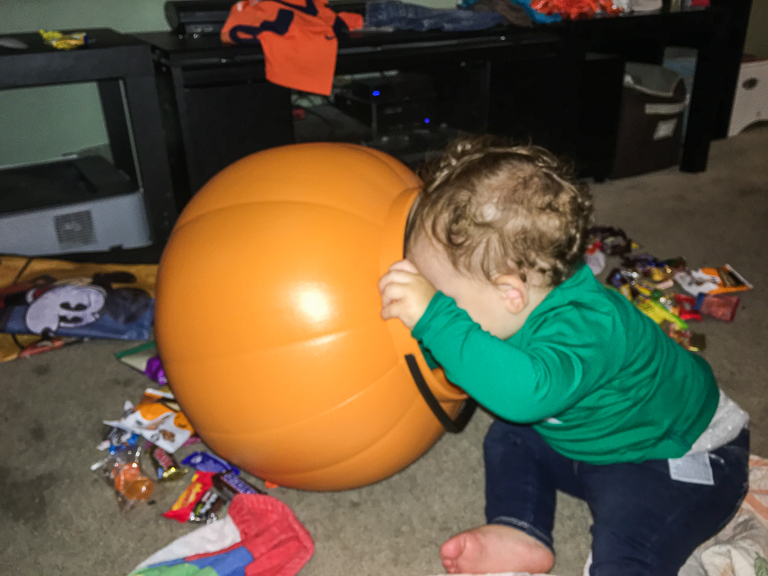 There it is! Before too long, she had slobbered through the paper and was getting some candy. After that, she gave it to her Uncle Ty. 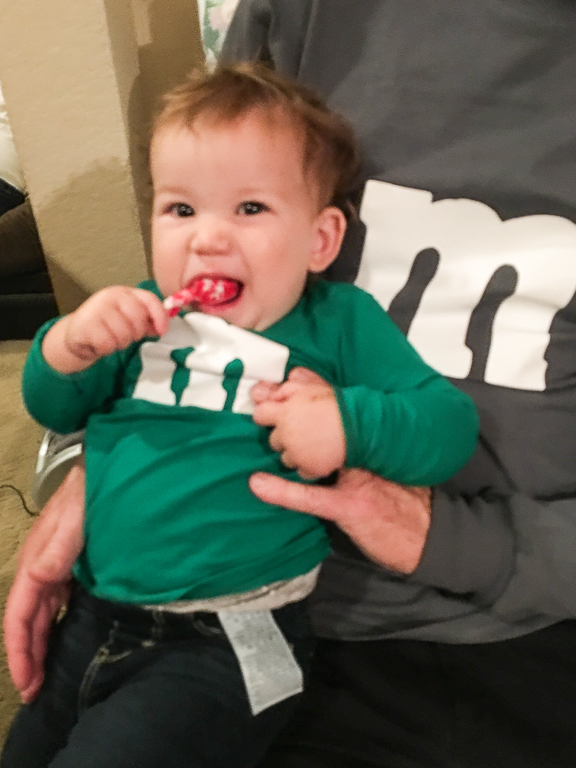 Time for the other half of Ian's night, which he probably likes more than getting candy. He really loves giving out candy! Slow down there buddy. We're not giving out handfuls. 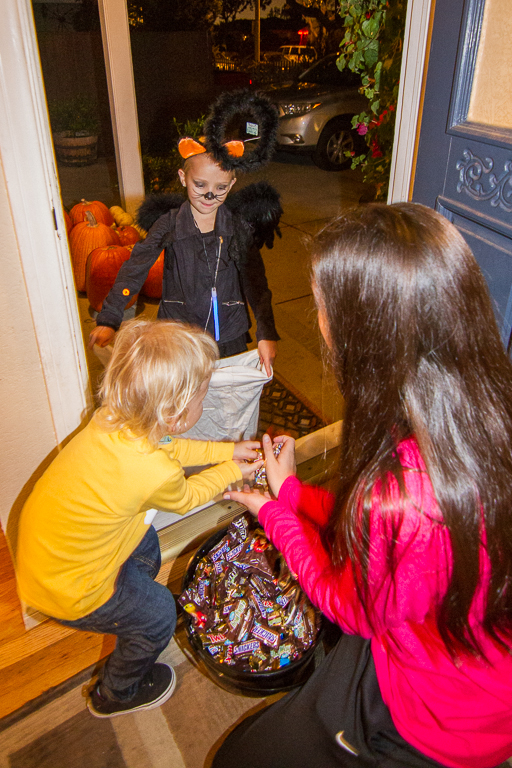 Of all his candy, Ian picked out a sucker for his treat tonight. And after getting so many kids coming up to the door, eventually we just moved out to the porch to give out candy. 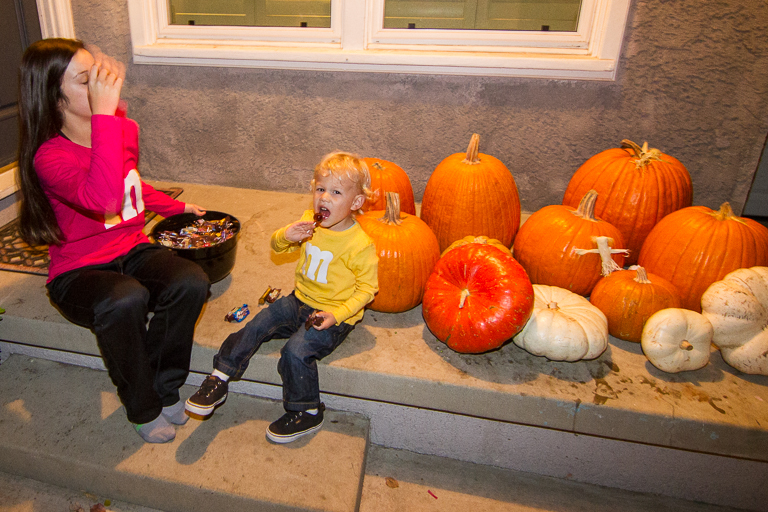 Really fun having everyone out here visiting. Happy Halloween everyone! 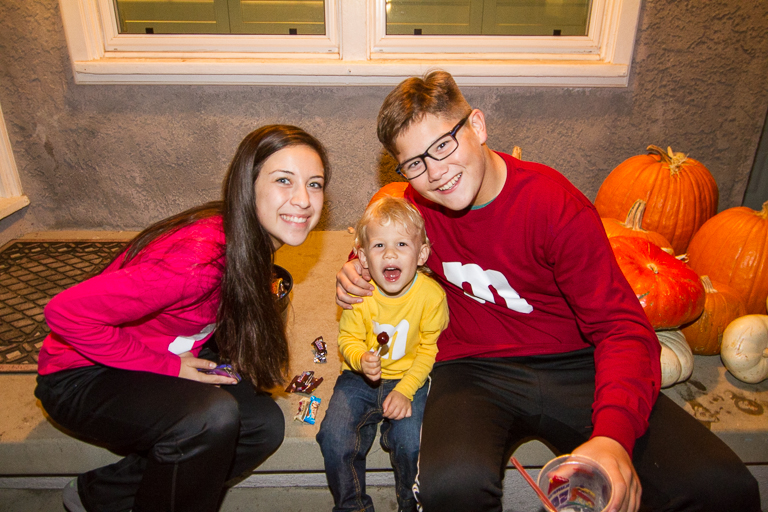