Flying to Michigan for Thanksgiving

For Thanksgiving, we're headed to Michigan to celebrate with the rest of Theresa's family!
We told Theresa's parents to meet us at our house at 6:30am to head to the airport. At 6:23am I was suddenly awoken by Theresa saying "Joe! We slept in!"
I immediately recognized it as a Home Alone moment and would have started playing the "Rush to the Airport" music by John Williams if I had had the time.

Luckily we had mostly packed the night before and were able to get the kids ready quickly. 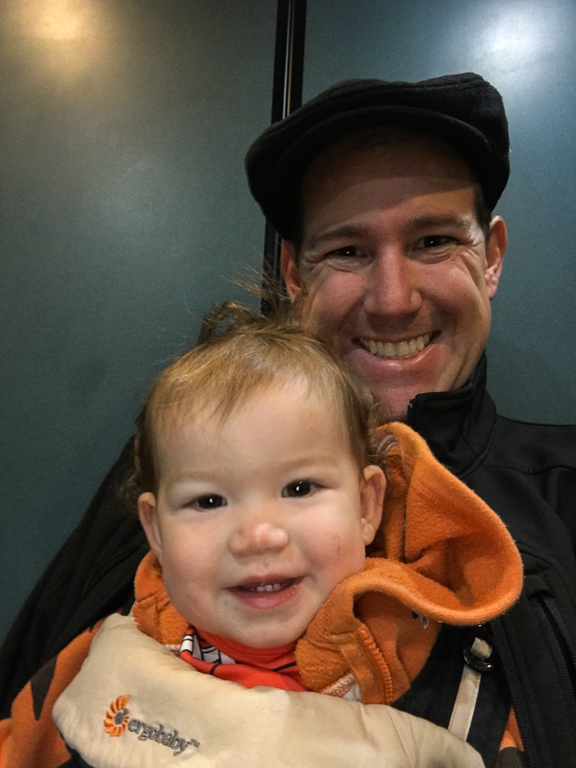 No problem making it to the airport on time. We've asked for pilot wings for the kids a few times now, but they never had them and I'd stopped asking. Today though, the flight attendant saw Ian and said that you could use a pair of wings! Ian immediately followed up with "And Alli too?" Good looking out for your little sister Ian. 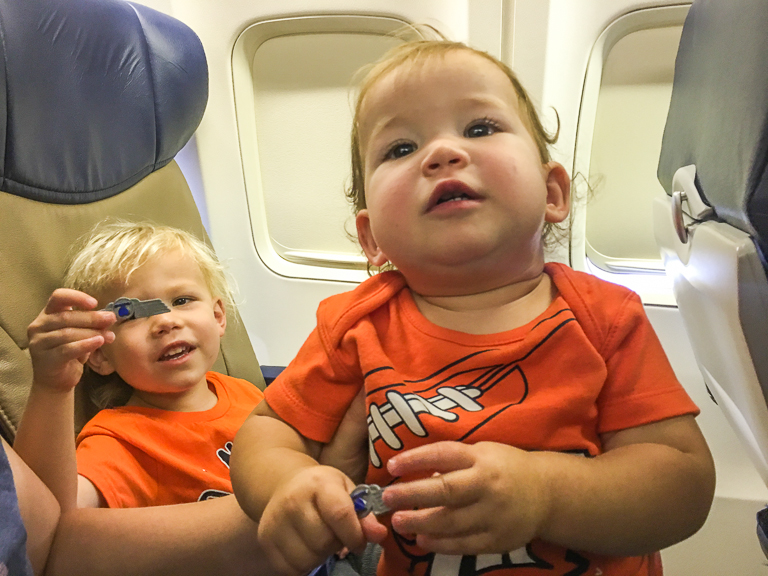 It was a long 3 something hour flight to Chicago, but the kids were able to stay entertained. 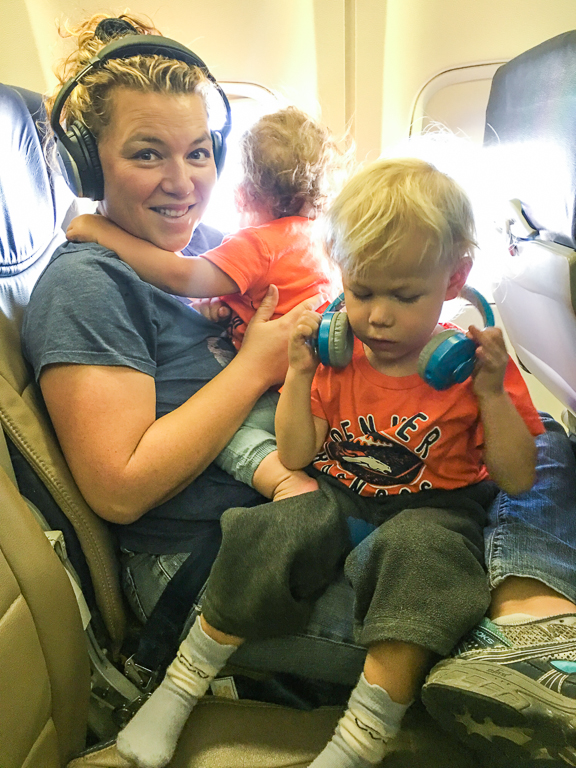 I can see the ground! 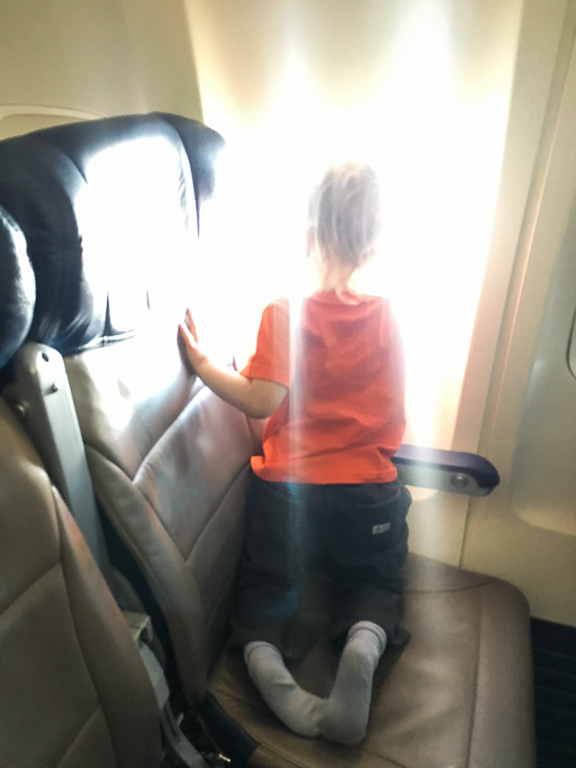 How do you wear the kids out for the next flight? The moving walkway!

Alli is starting to use a lot more words now.
Ready, set, "Go!"
and at the end you'll hear One, Two, "Three"

Just a quick hop from Chicago to Michigan. Ian was really excited to run up the jet bridge.
Where are we? "Flat Rock Michigan!" 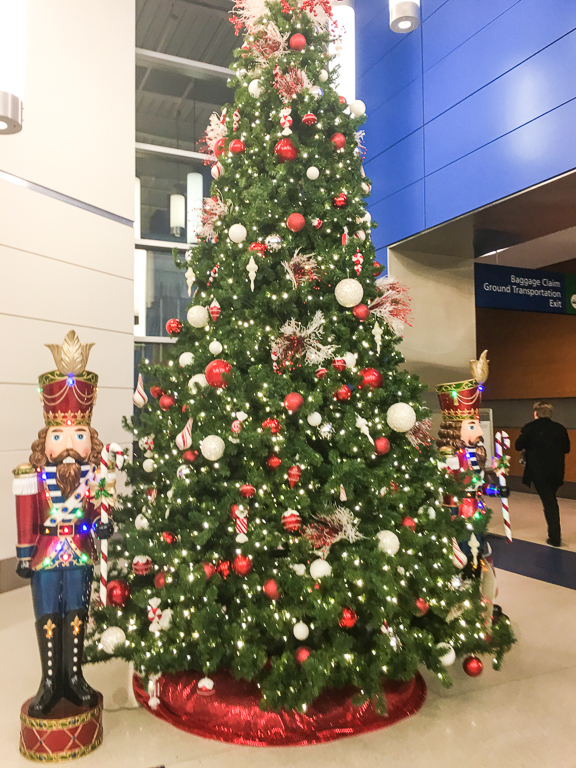 Ian was really excited that we were going to be celebrating Christmas on this trip too. 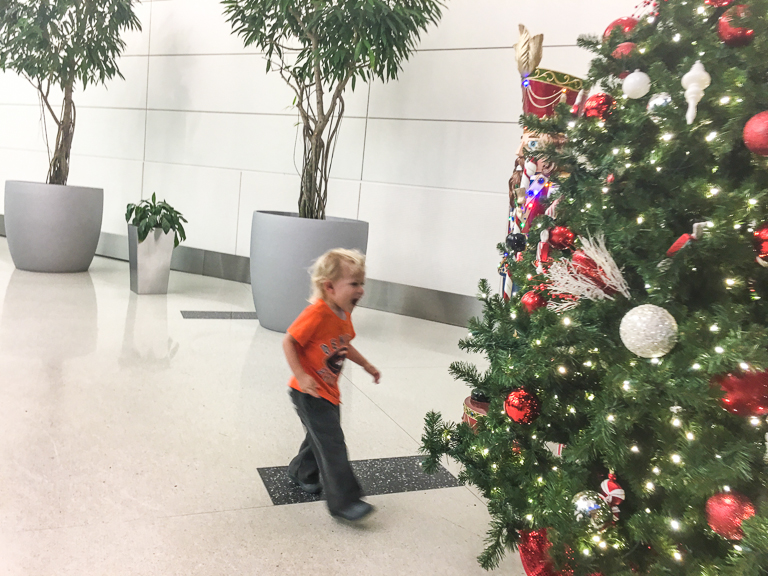 Look at all the fun stuff in this house! 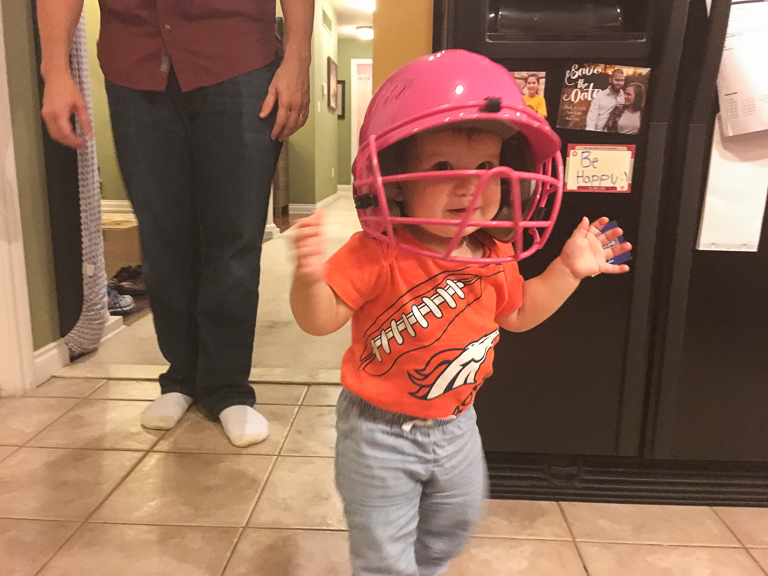 The next day was Saturday, and we spent the day hanging out around the house. It's hard to see in this photo, but it's snowing! The ground was too warm though and nothing stuck. It was the only snow we'd end up seeing on this trip. 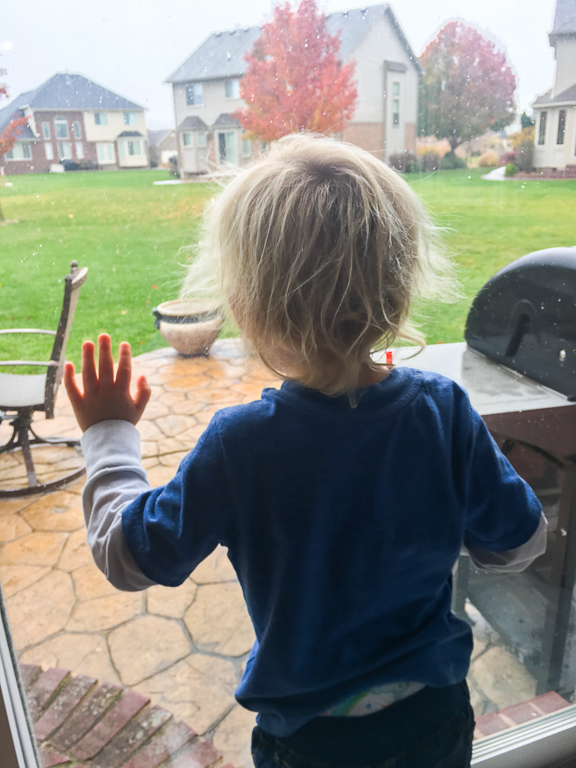 For lunch we had some Ian sized hamburgers from White Castle. 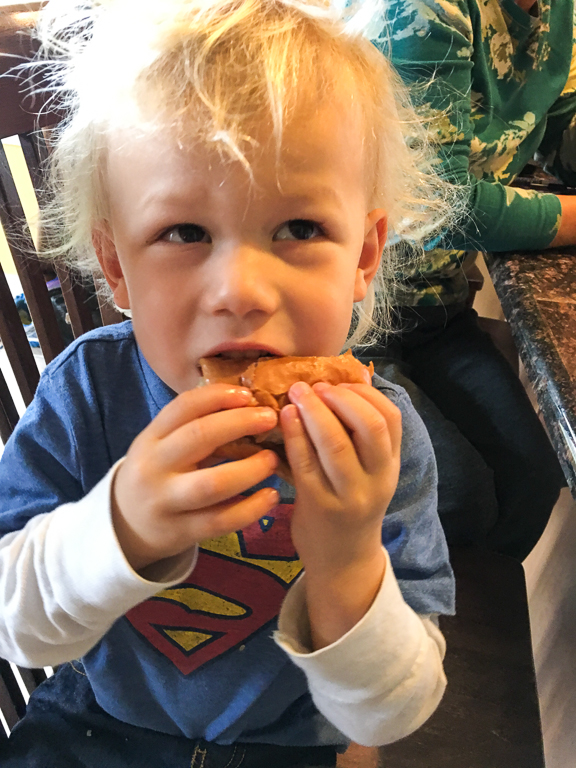 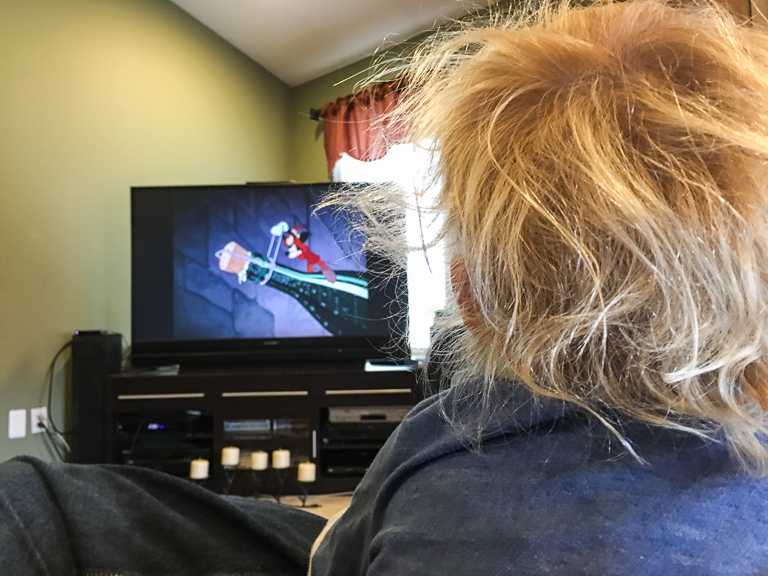 Austin and Ian both playing video games. Austin had the real controller, while Ian just got a controller that didn't do anything. 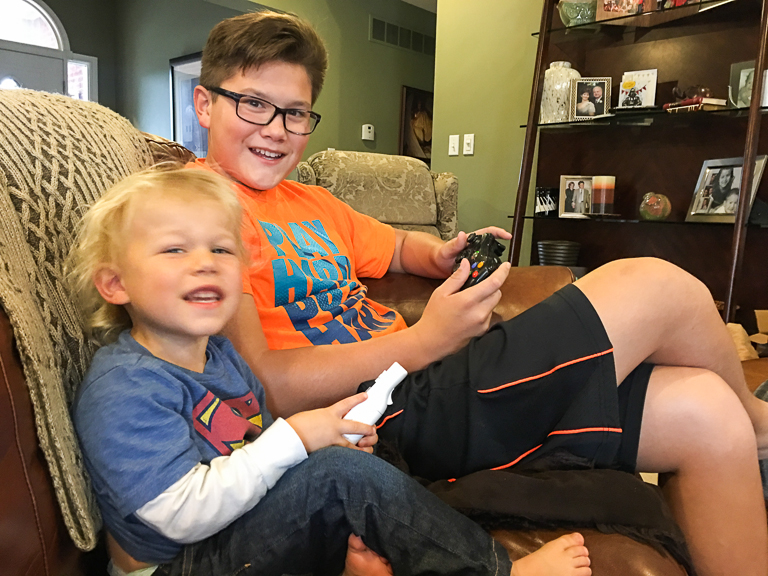 But he caught on to that quick.
"Mine is not working. Trade with me." Smart boy. 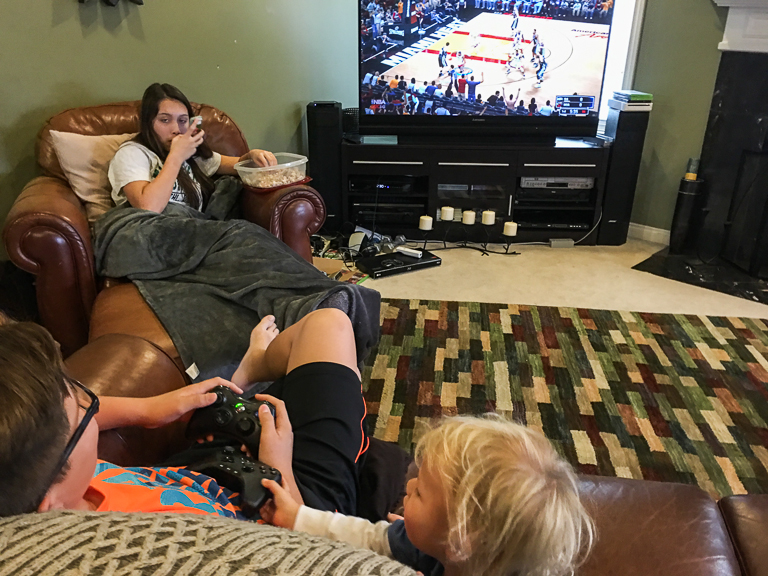 Playing with her Aunts. 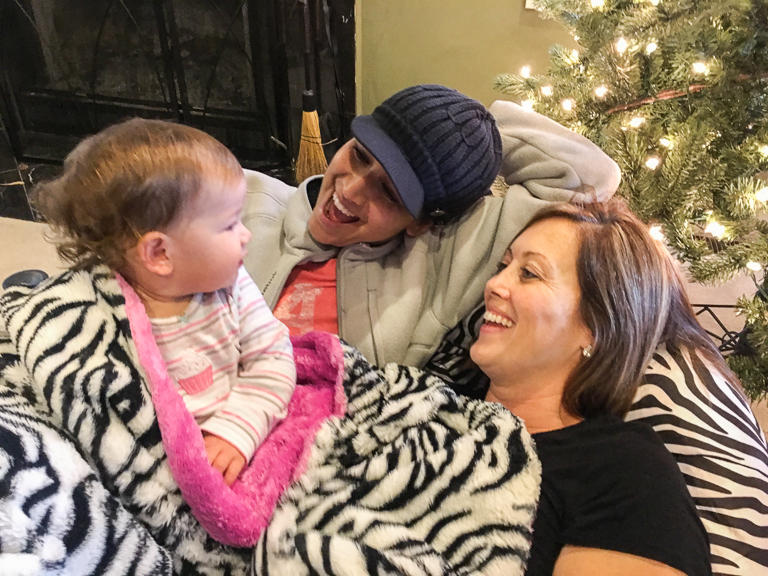 Oh man. I feel so old. Taking a trip to the store with Abby driving. 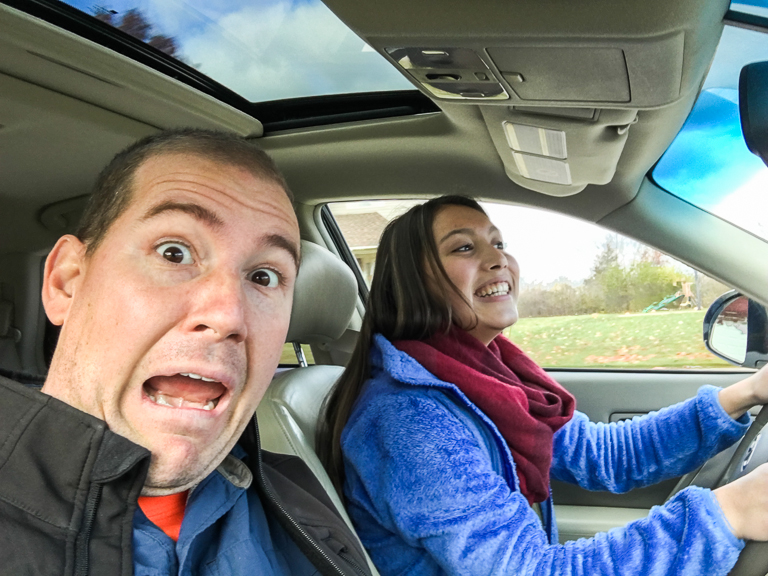 It's freezing cold outside, so what better thing to bring back than 44oz Icees. 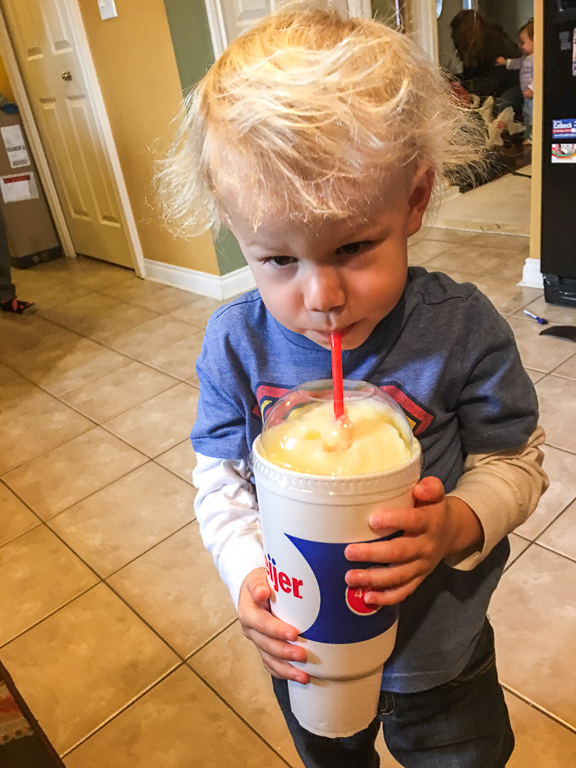 Alli was a fan. 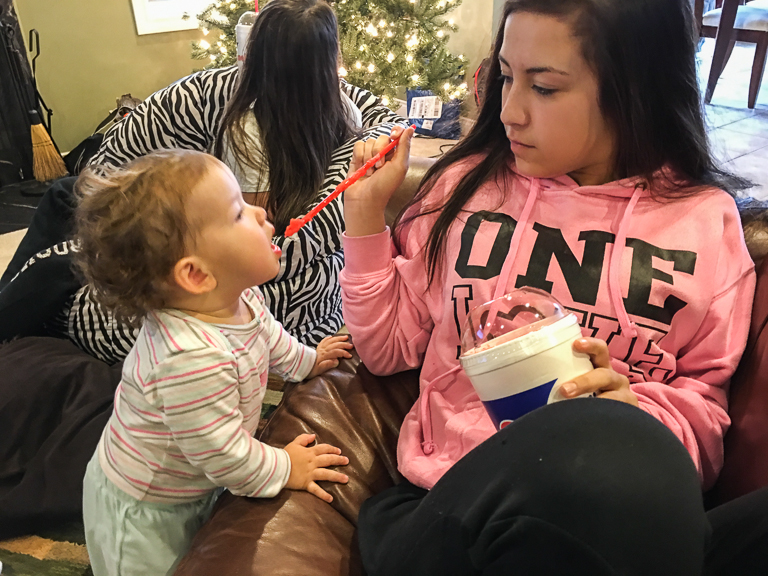 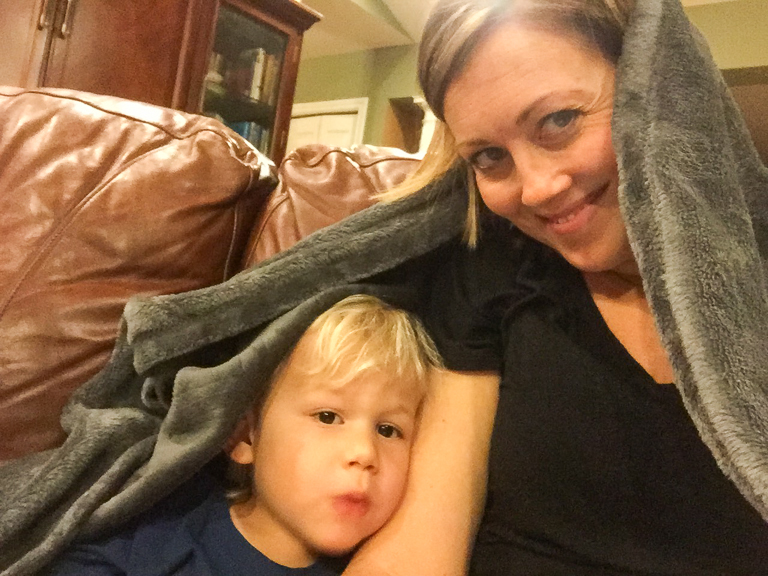 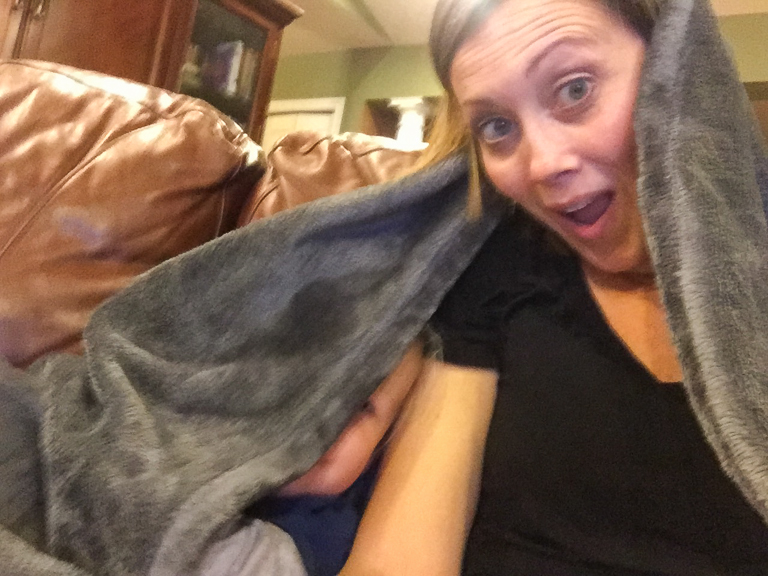