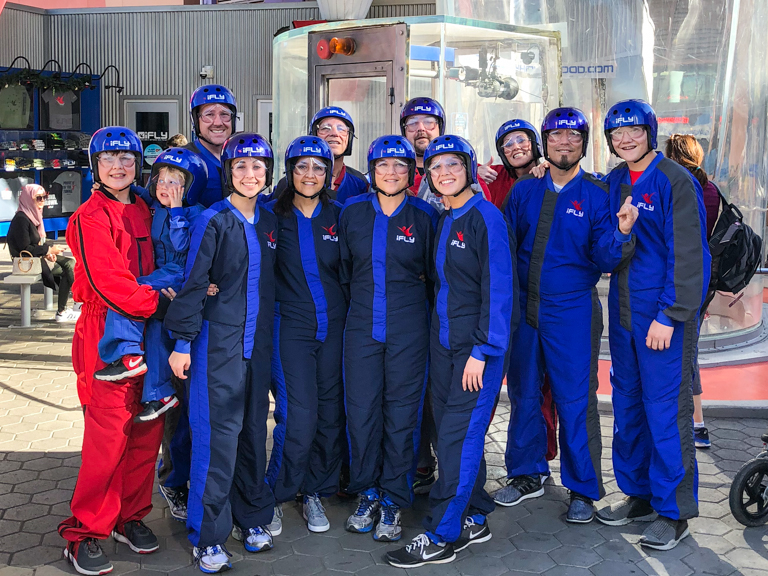 Kids older than 3 are allowed to fly, so while Alli isn't allowed, Ian is! 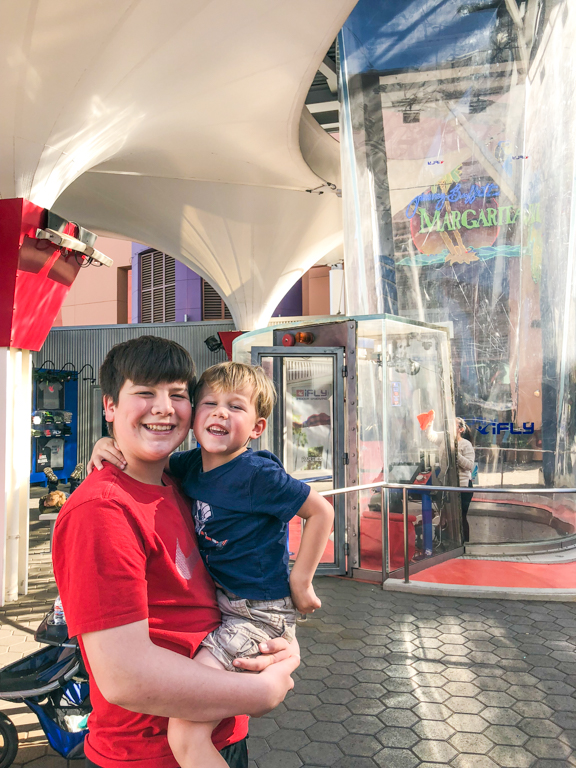 After signing our waivers, we all got wristbands. 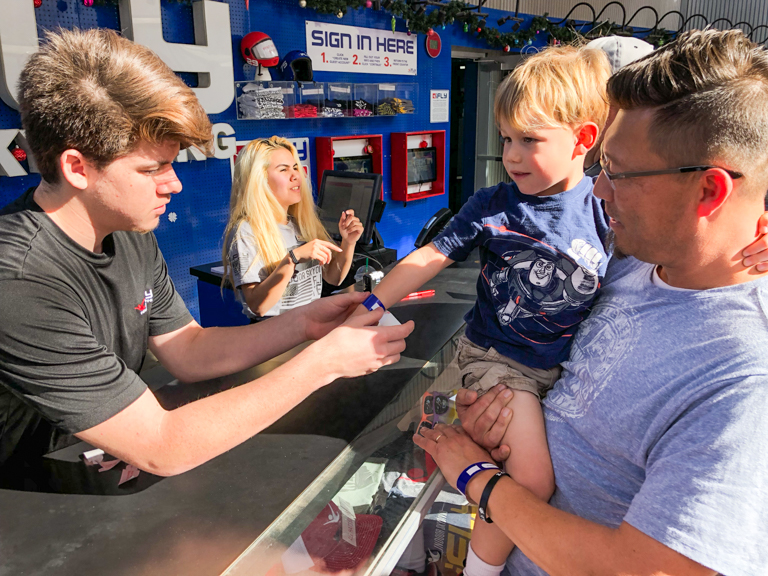 Paying attention to the training. Ian was a good student and when the instructor asked him what each hand signal meant, he knew the answers! 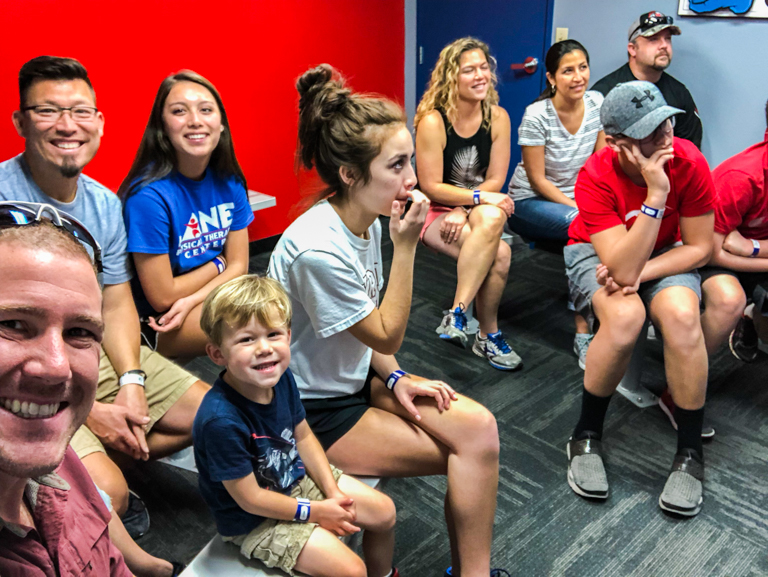 Practicing how we're going to fly today. Chin up, hands out front. 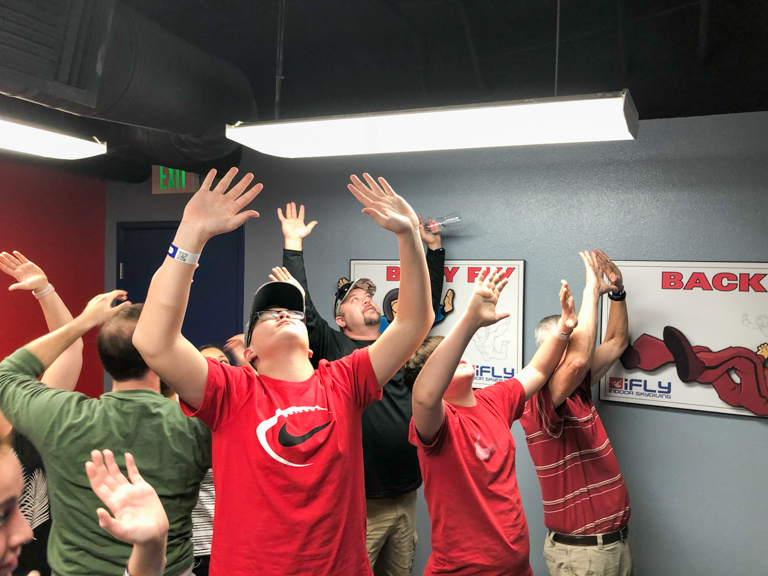 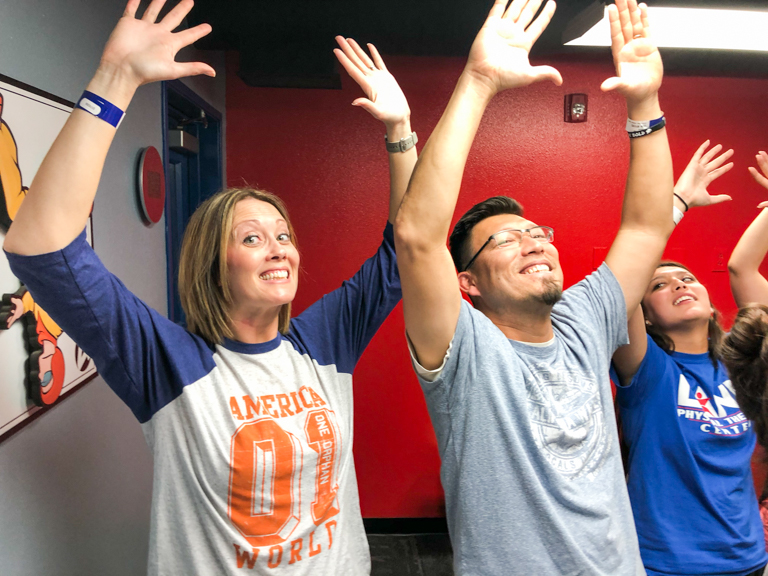 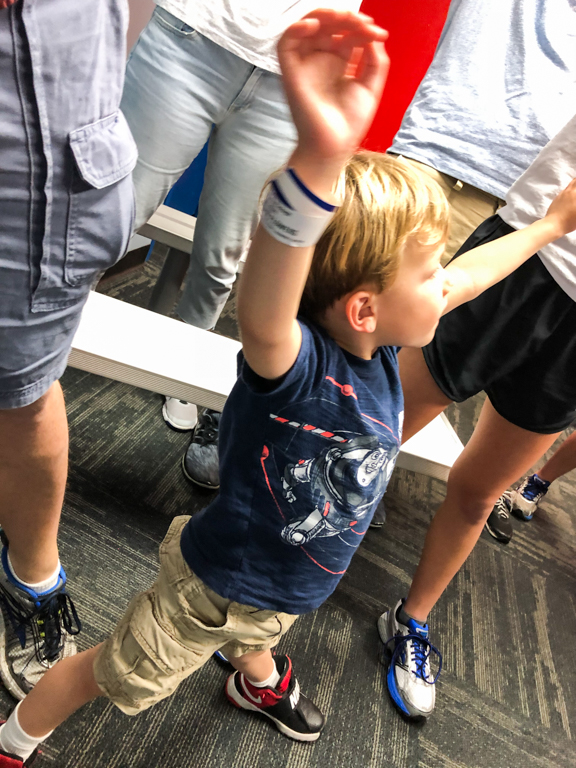 What a cute little flier! 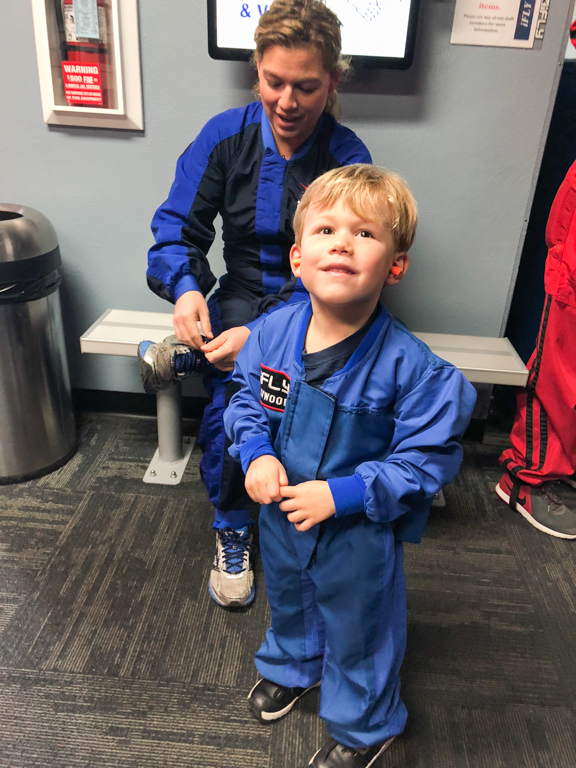 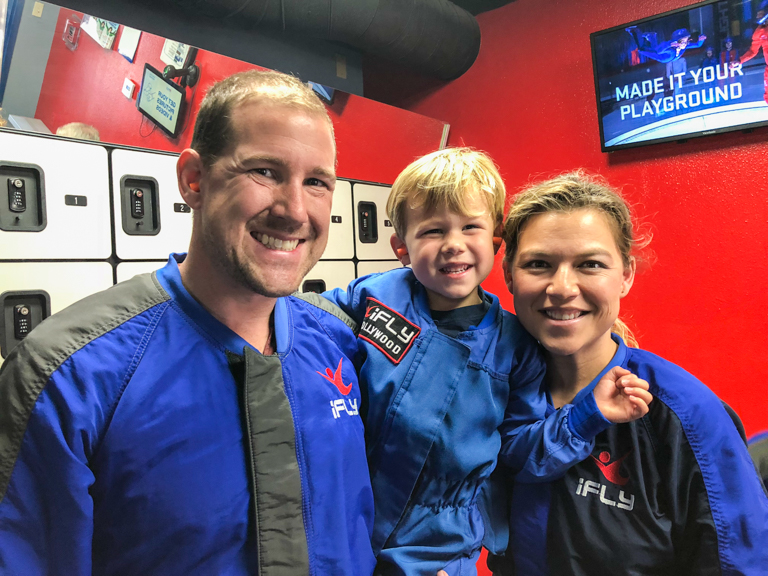 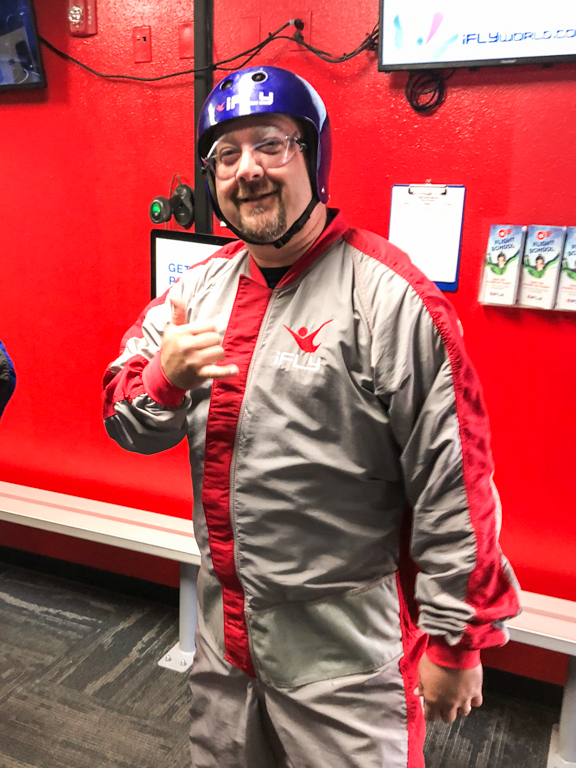 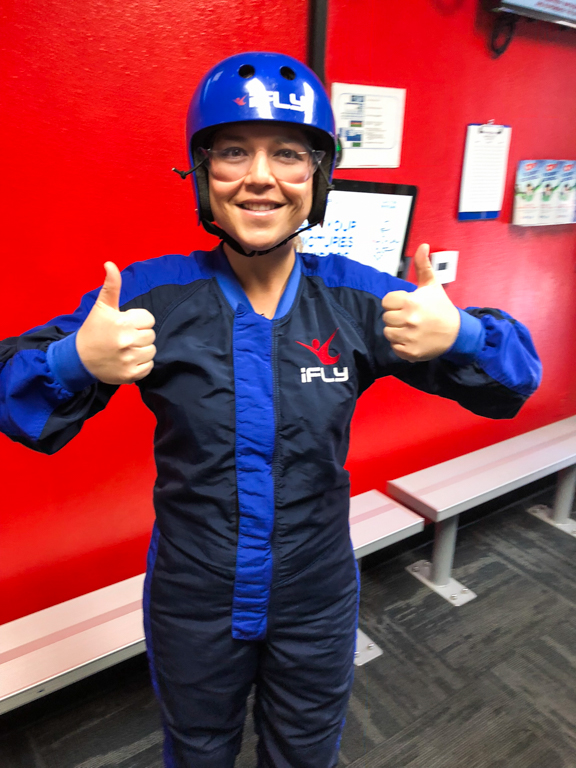 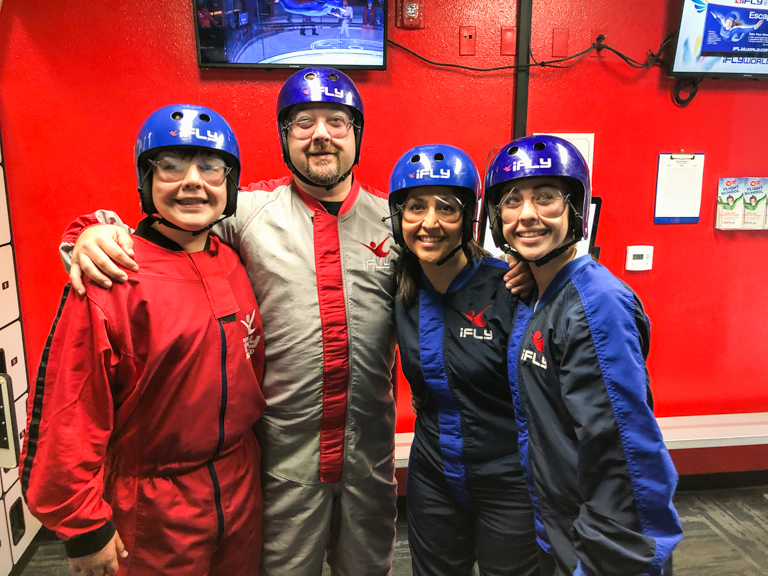 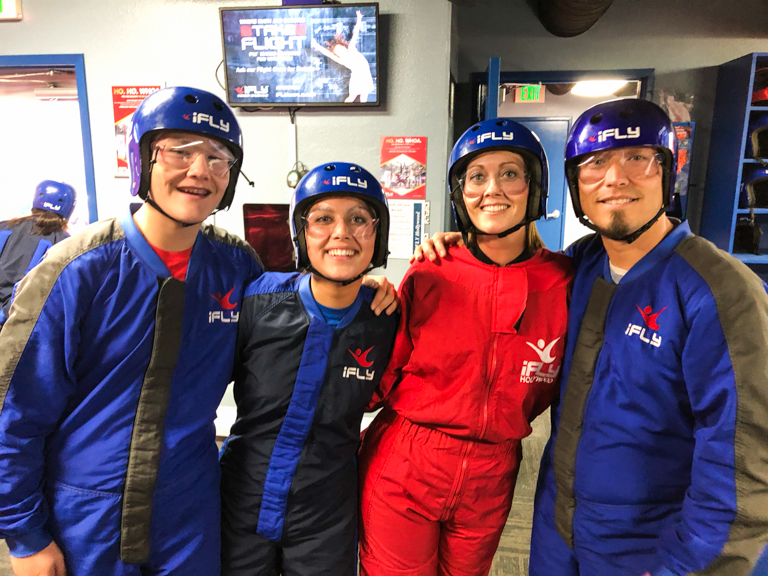 Ian really wanted to get started, asking how soon it could be our turn.
Think he was nervous? Nope! He asked if he could go first! Good boy! All that roughhousing is paying off. 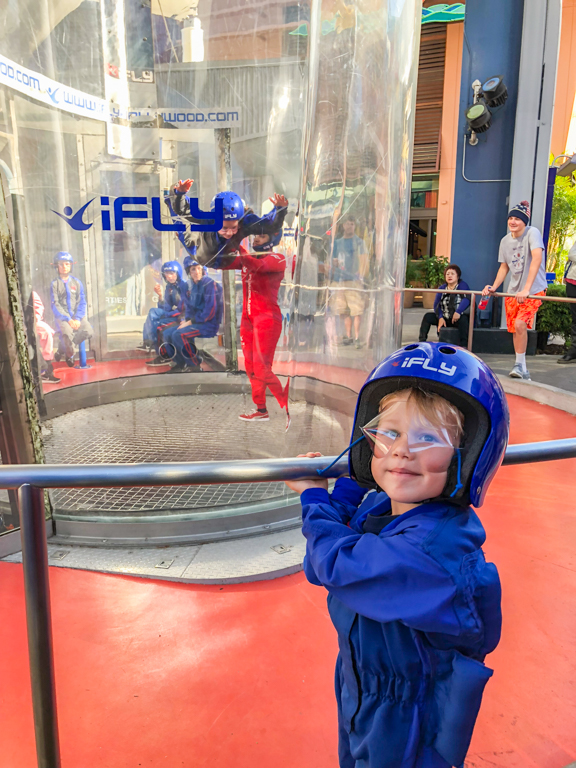 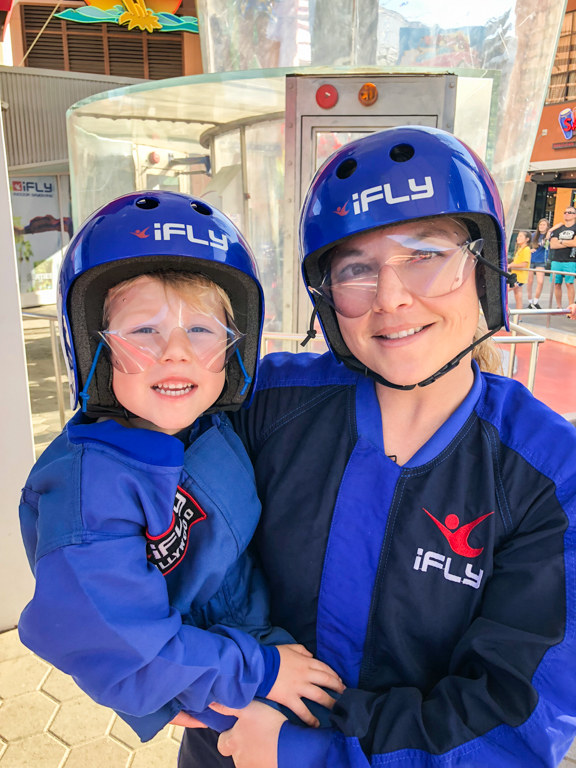 A quick group photo before we all fly.

Normally our package comes with a video, but their video camera wasn't working... Lame.
Luckily for us, Chi was able to record video and watch Alli at the same time.

There's videos for everyone. Joe, Theresa, Richard, Donald, Amy, Rita, Aubrey, Abby, Austin, Ethan, and Tyler, but the cutest flier has to be Ian.
The instructor said he was really impressed. He said he could count on one hand the number of times he's let a 4 year old go while in the wind tunnel. Ian had a blast, not even wanting to wait for everyone to finish before wanting to go again.

Everyone had a really awesome time. 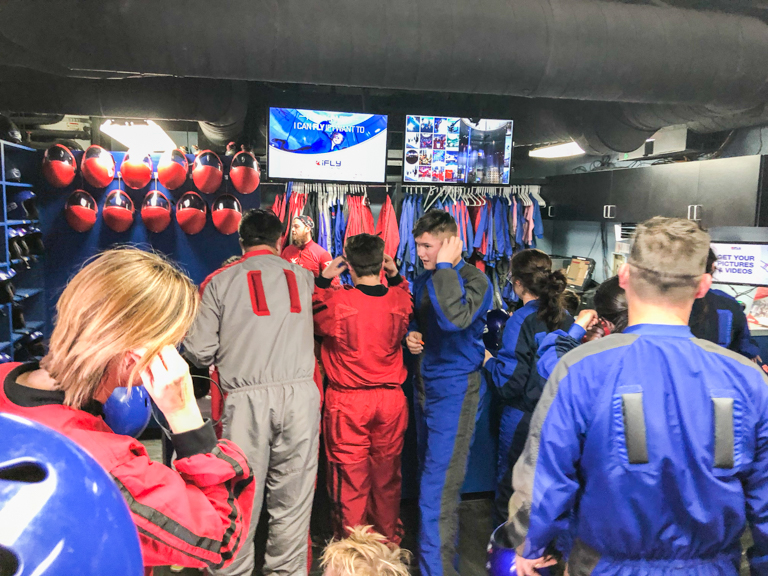