The ingredient list is fairly simple. Sugar and corn syrup for the most part. Gelatin and water for the rest, with just a little peppermint and vanilla extract for flavoring. 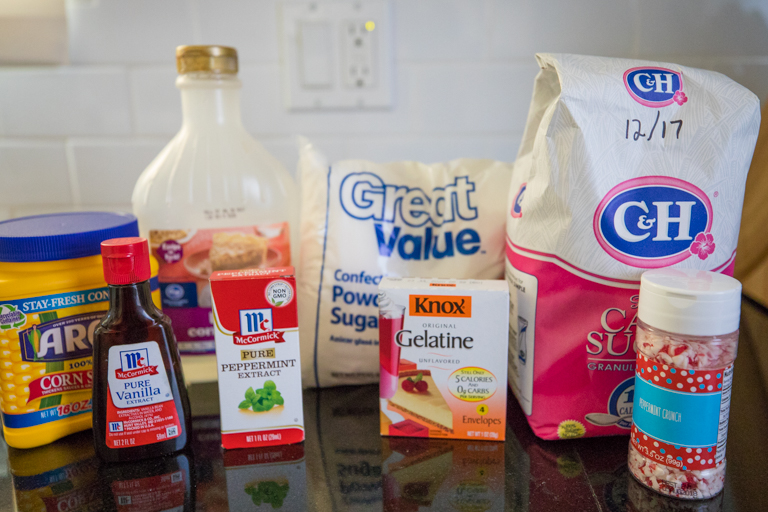 The gelatin starts off getting mixed with a little water. 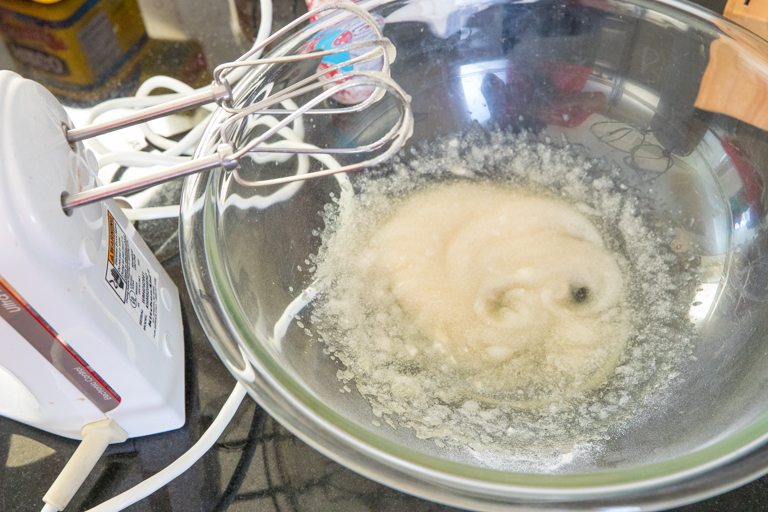 Marshmallows are pretty much sugar. 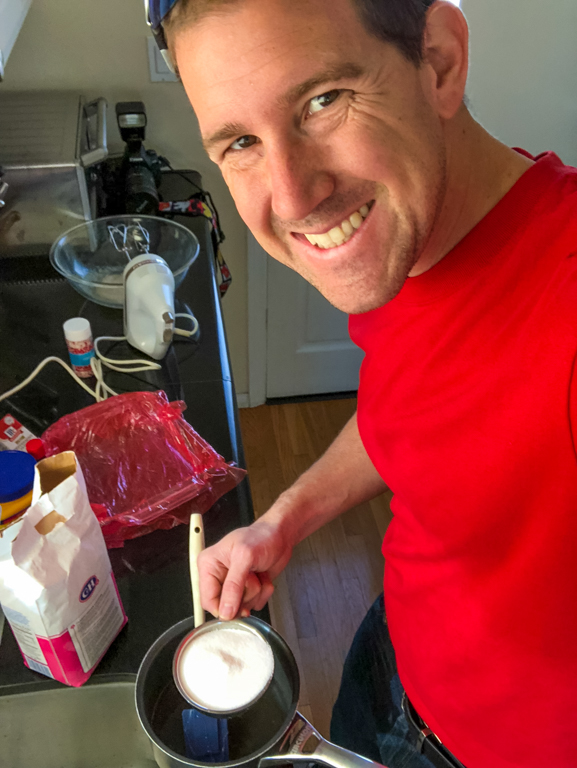 Bringing the sugar and corn syrup to a boil. 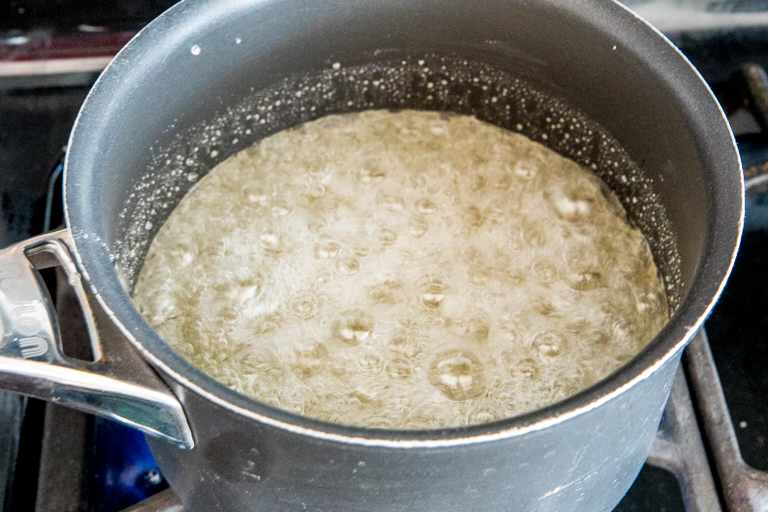 Time to mix the boiling sugar and gelatin together. Mixing the two together released a fragrance throughout the entire kitchen. 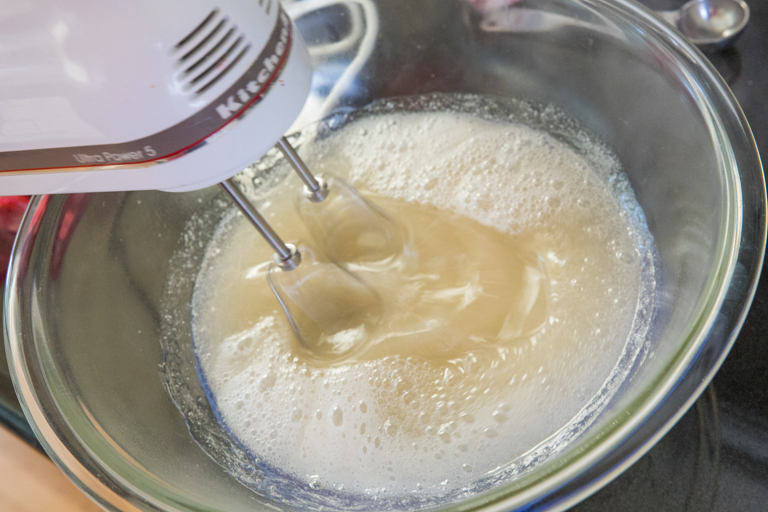 Oh man. The smell was horrible! It seriously smelled like something was rotten. This I was not expecting.
Theresa happened to be in the kitchen and was equally disgusted. So much so that she made me check the expiration date and then googled it herself. Here's what google has to say about unflavored gelatin.


Food-grade gelatine can smell, yes. Anything going from a faint odour to a pungent stench is normal, even though it is not desirable. Perhaps, since it is made from animal carcasses, it retains a little of that pungent cadaver smell? 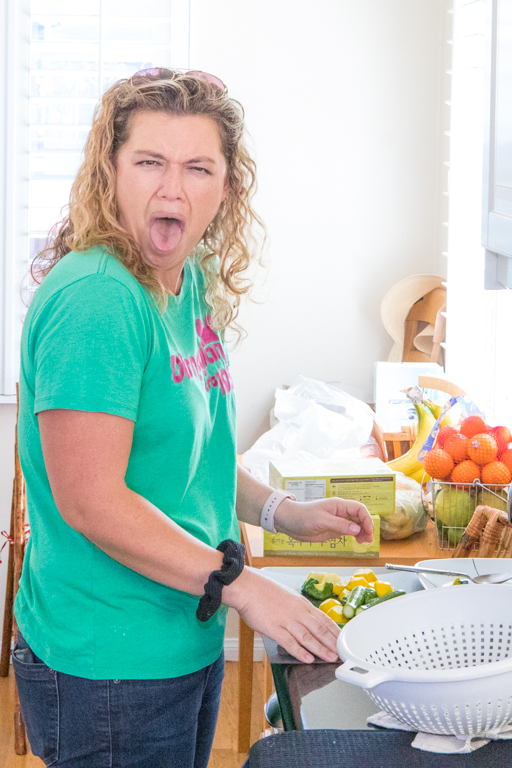 Time to mix everything together for 12 minutes, and adding peppermint and vanilla at the end. The smell improved by the end and disappeared completely once the flavoring was added. 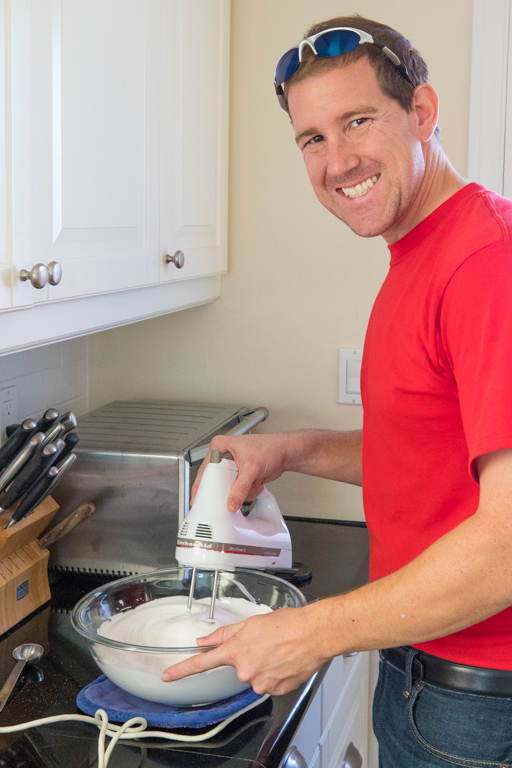 Next, the whole mixture goes into a greased pan. I added crushed candy canes to a few of them and covered them up. They'll need to sit for 4 hours. 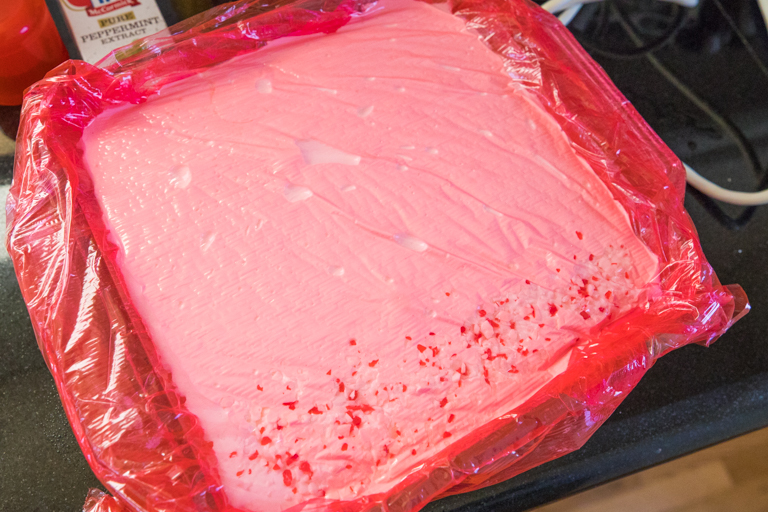 The kids were happy to help me clean the bowl. 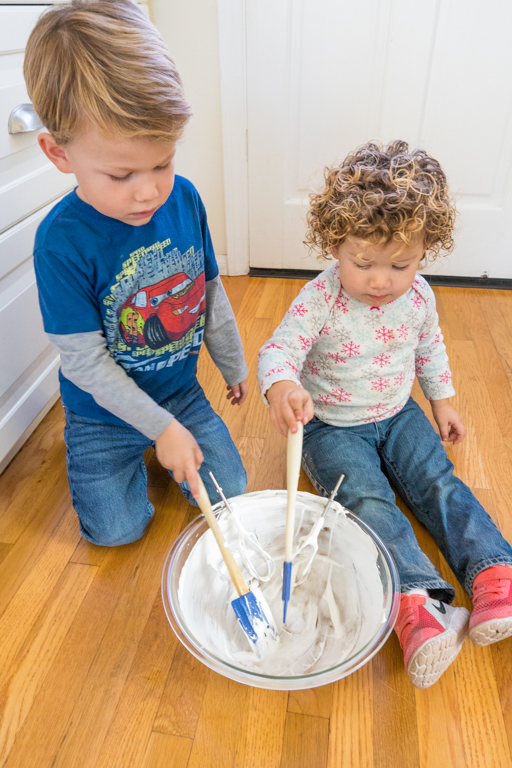 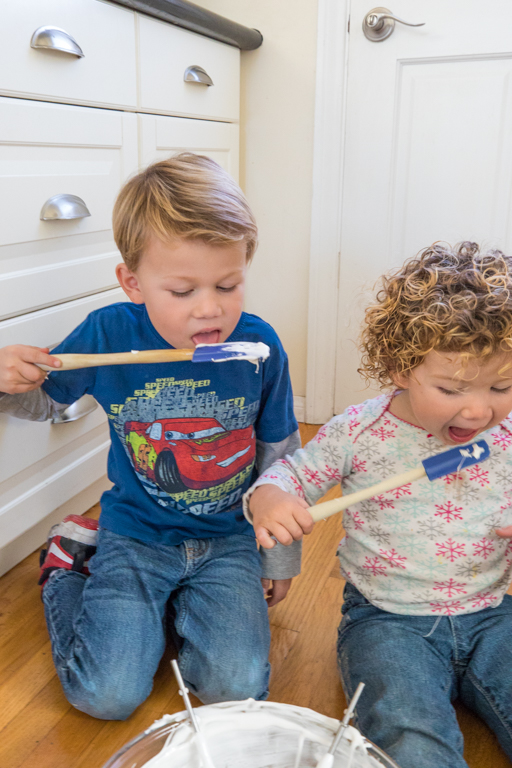 And it didn't take long for this messy concoction to end up over faces and clothes and even in Alli's hair... 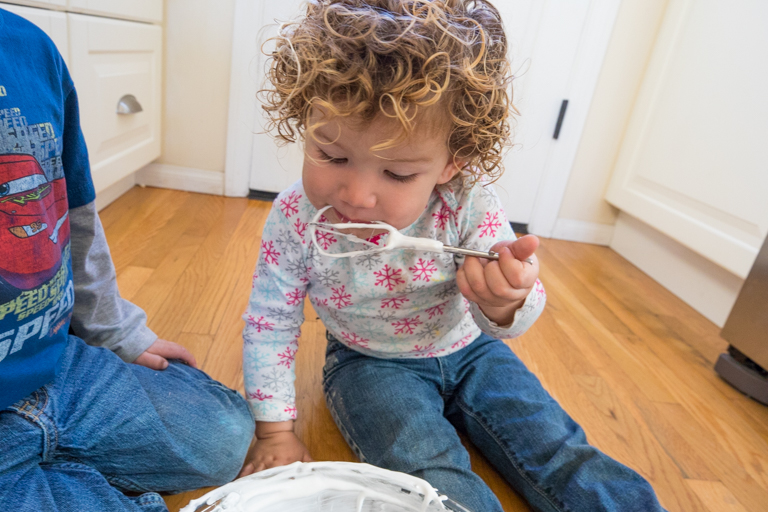 That night, it was time to cut it all up. 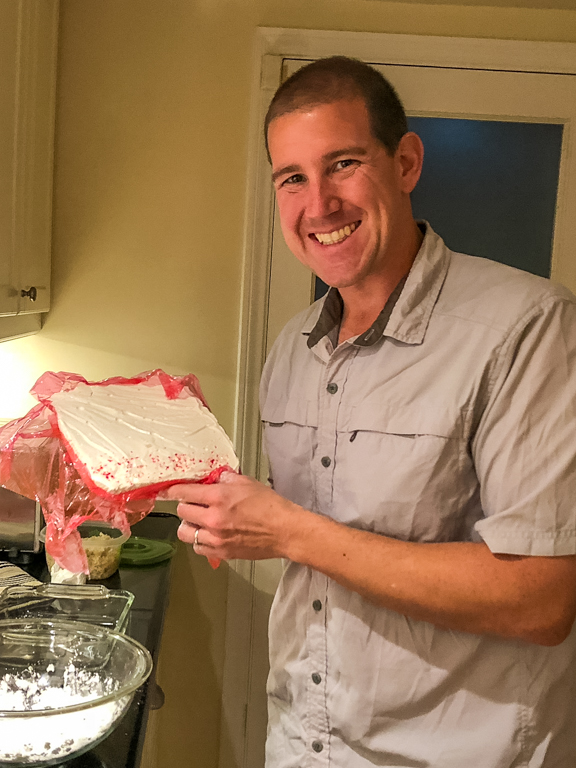 I greased up some scissors and cut the whole thing into strips, tossing the strips into a mixture of powdered sugar and corn starch to keep them from sticking together. 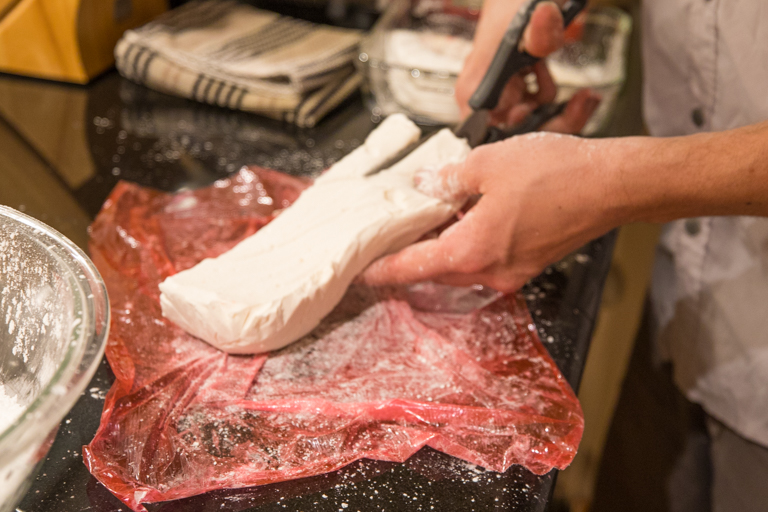 After strips, it was time to cut them into cubes. 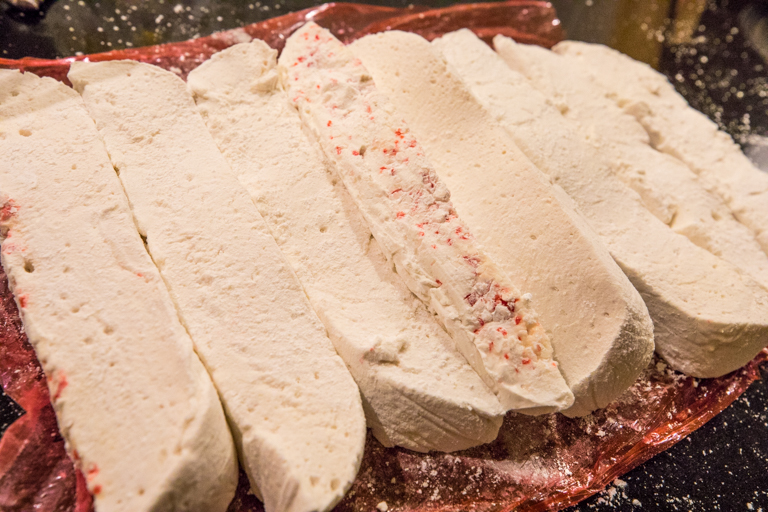 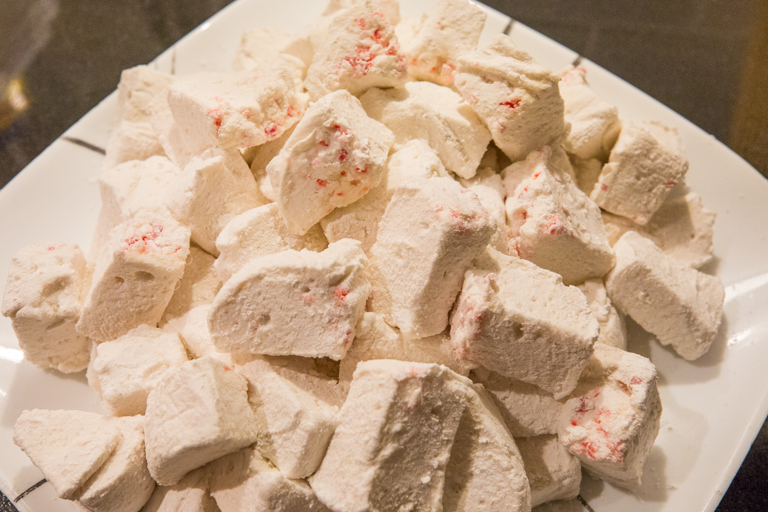 But, how do they taste? 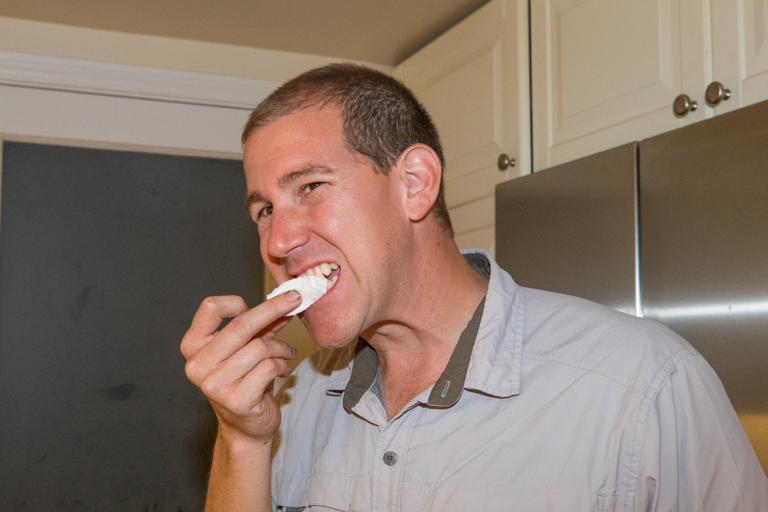 Delicious! Not a hint of "animal carcass" flavor at all. I offered one to T but I think that smell has ruined it for her. She took a tiny nibble and was still not a fan. But even if she doesn't like them, they're still tasty. 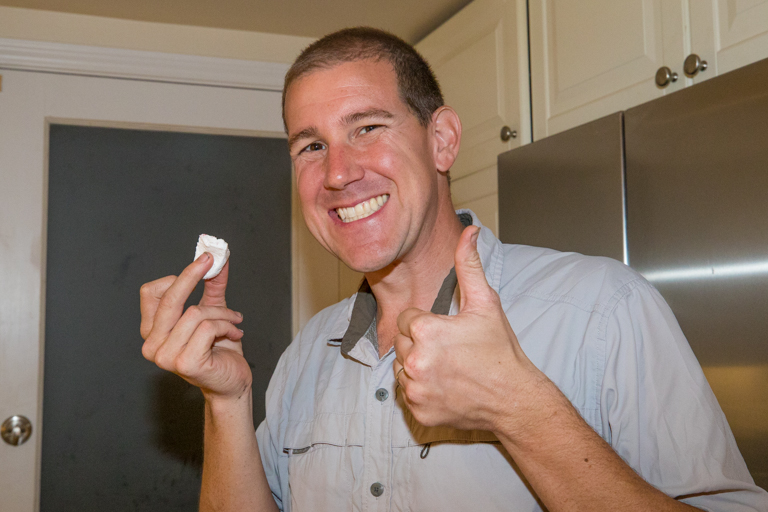 And of course, the best thing to do with peppermint marshmallows is to add them to hot chocolate! Mmm. 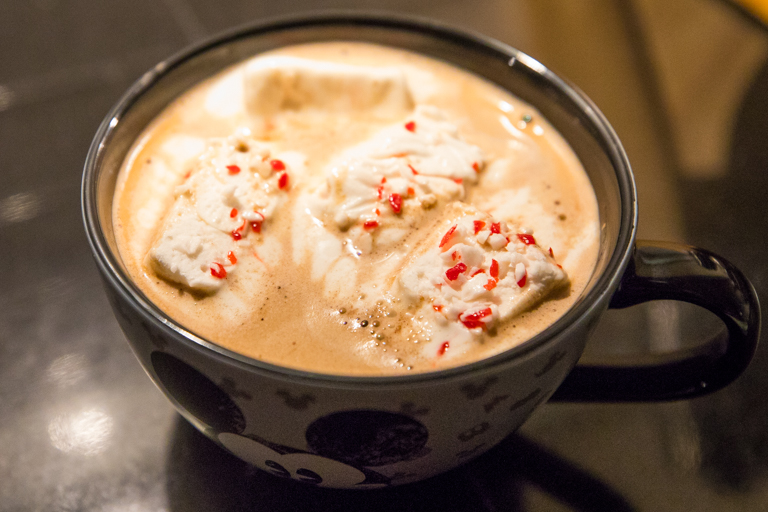