Day 3 in Hawaii started as many of our days ended up starting. Getting to the pool before anyone else and enjoying having it all to ourselves. Ian worked on swimming without him float vest and Alli enjoyed splashing around. 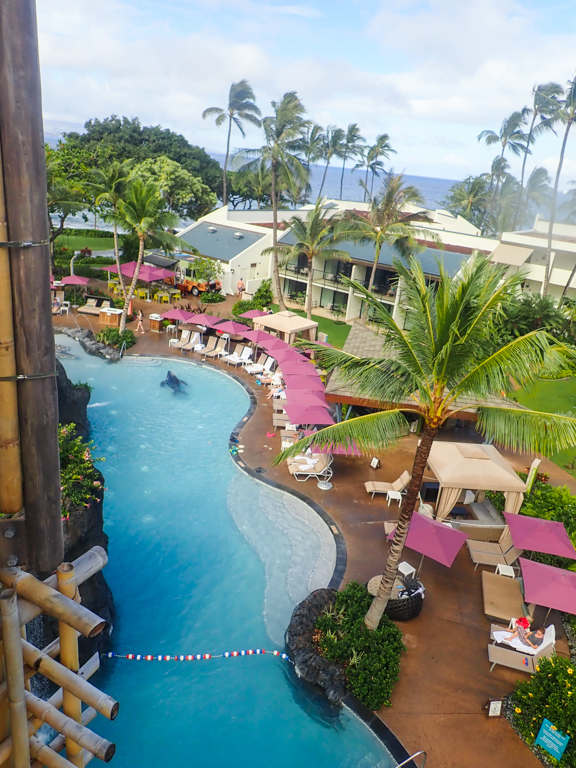 I enjoyed the two big waterslides that the hotel offered. Ian really wanted to go on them, but with a 48" height requirement he's going to have to wait a few more years. 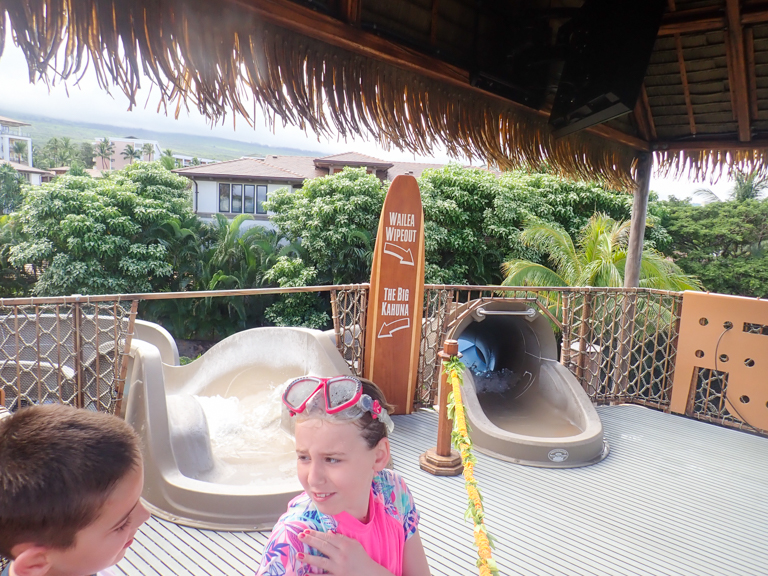 Instead, he found a few other kids playing in the pool and made friends. They must have gone down this slide a dozen times, sliding, swimming to the side, running around and doing it again. 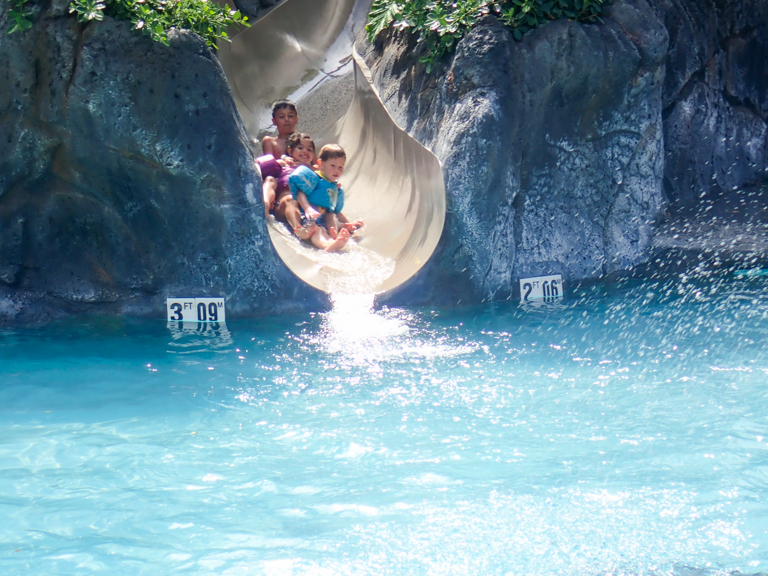 Glad he found something he loves here. 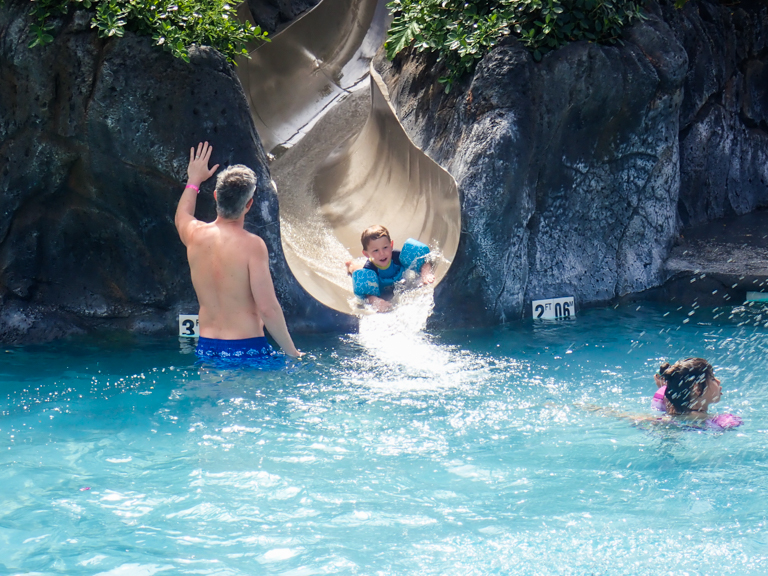 The rest of the family took the scenic drive to Hana. T and I have done this previously, and it was not a car experience that Theresa wanted to go through again. They all had a great time though. Stopping for banana bread, black sand beaches, and waterfalls. 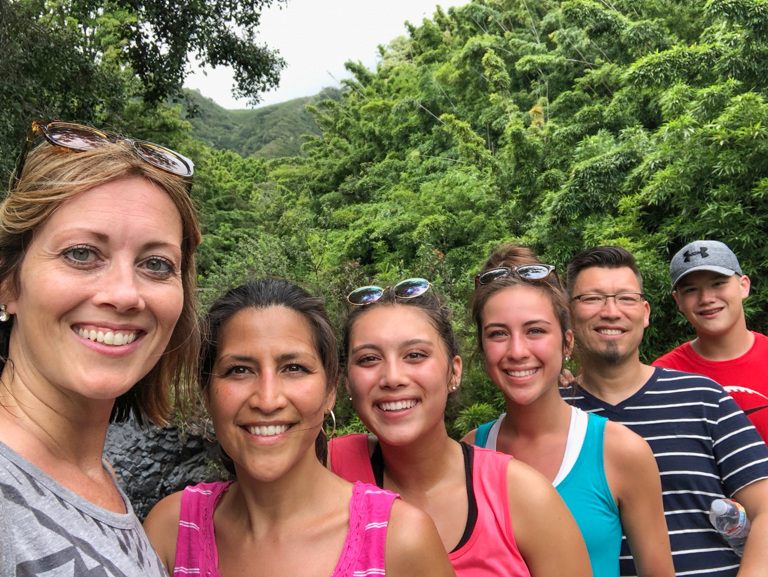 The views certainly were pretty. 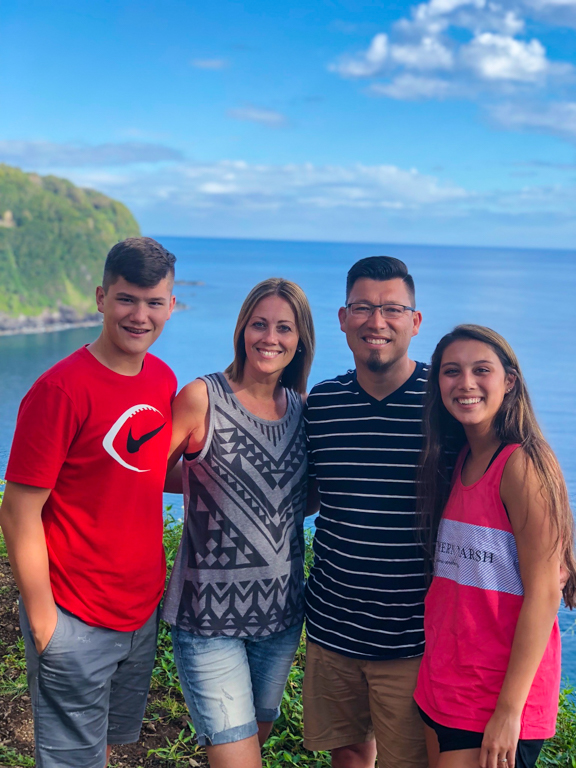 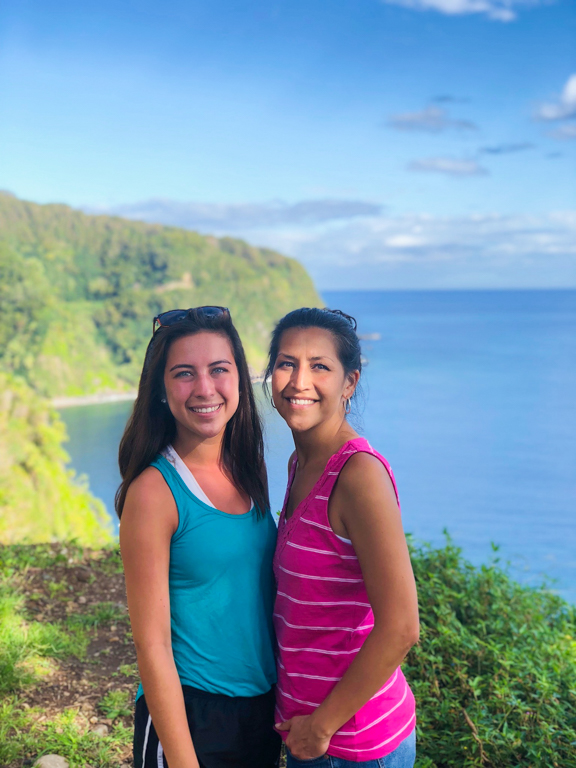 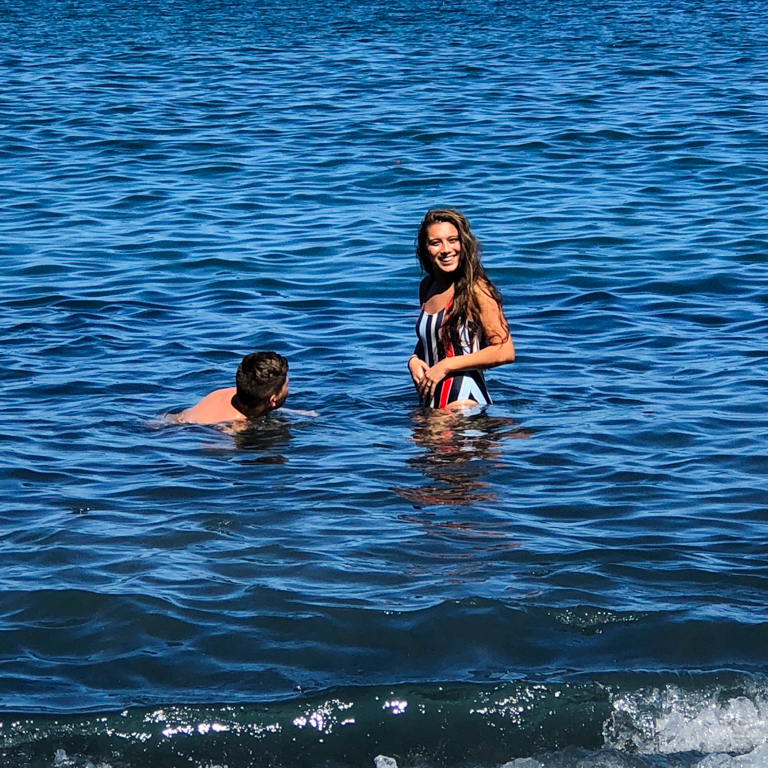 After spending the morning in the pool, T and I took the kids to a nearby volleyball court and learned that Hawaii is way too windy. While T and I bumped a volleyball I brought around, the kids played in the sand building castles.

Ian, come take a picture for us. 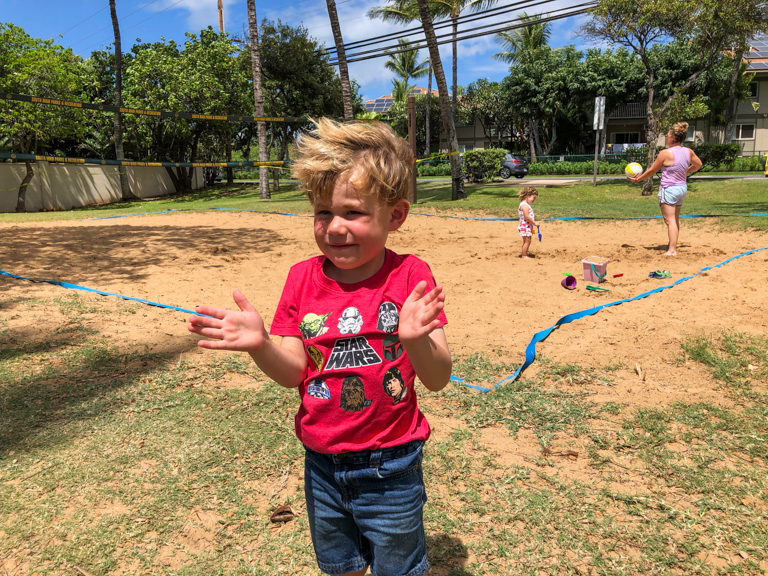 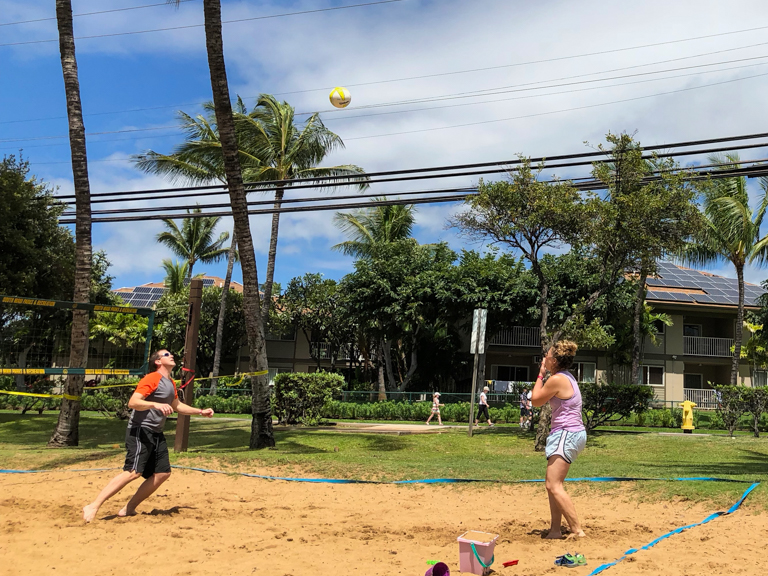 Afterwards everyone enjoyed a stop at the Maui Gelato shop. I asked the kids to look at the camera, but their minds were obviously somewhere else. 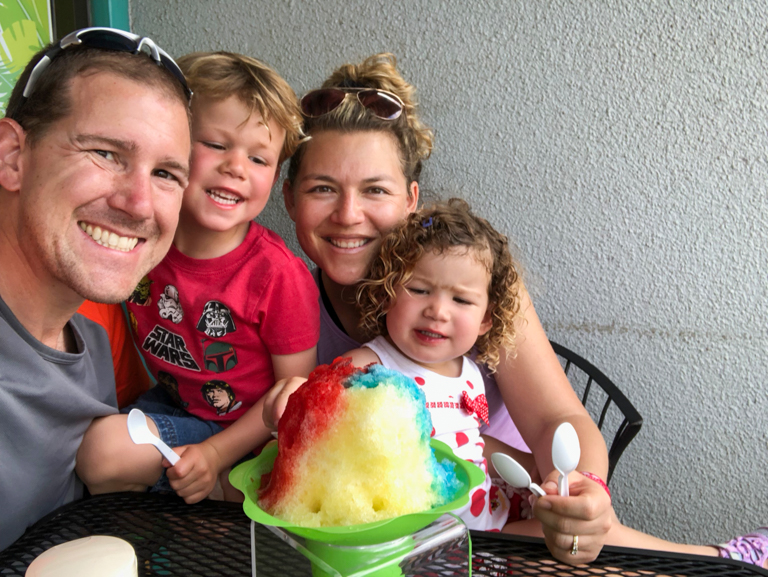 The next morning, back out to the pool. 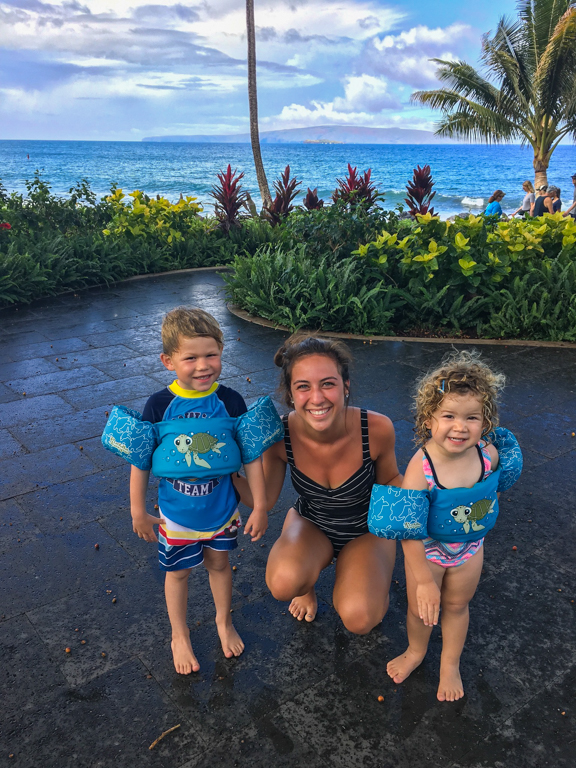 It's great to have the cousins here to take them off to the pool. 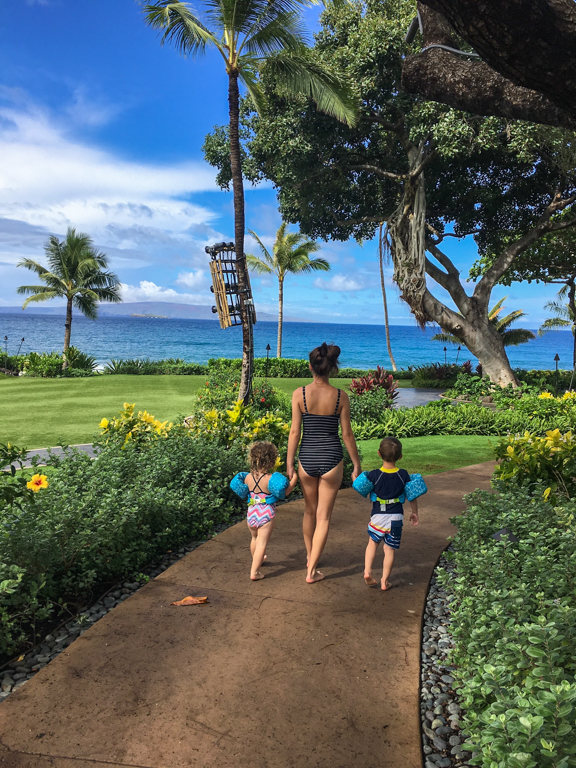 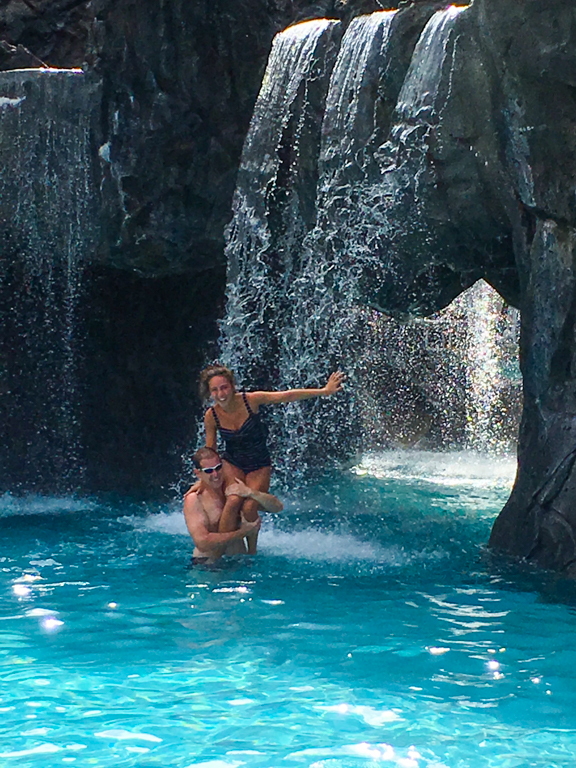 Nothing better than a breakfast of mac and cheese in bed. 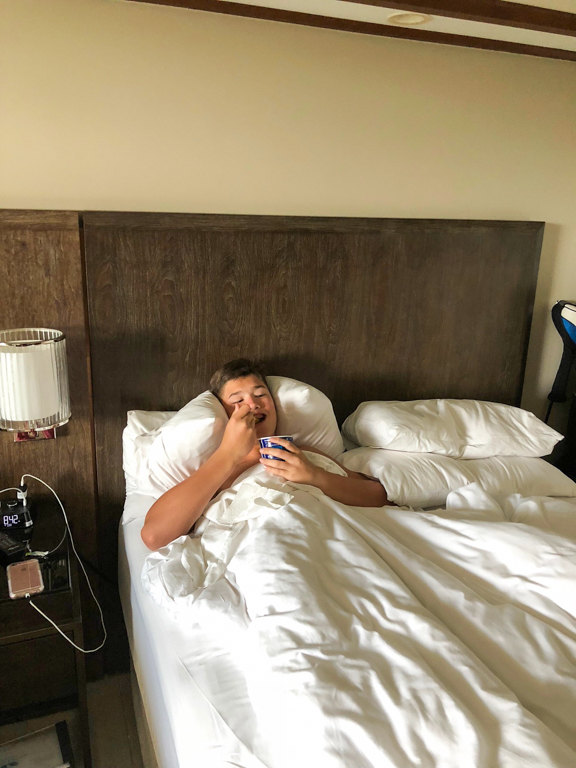 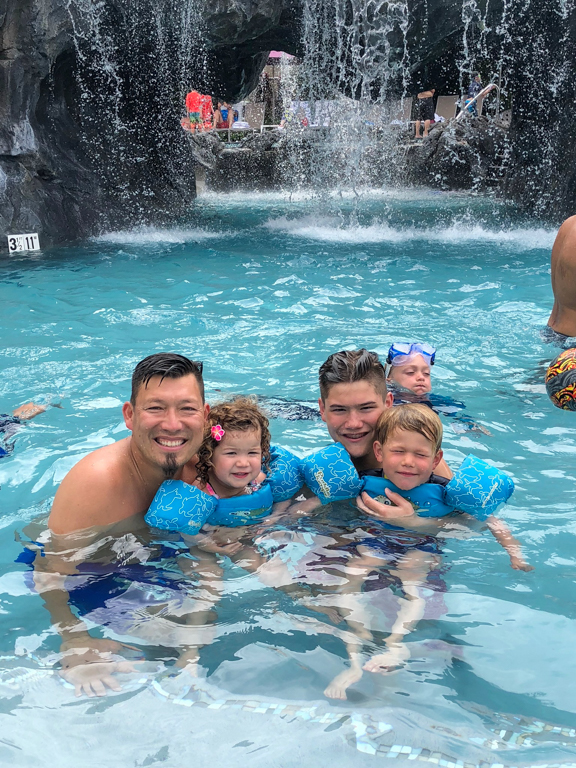 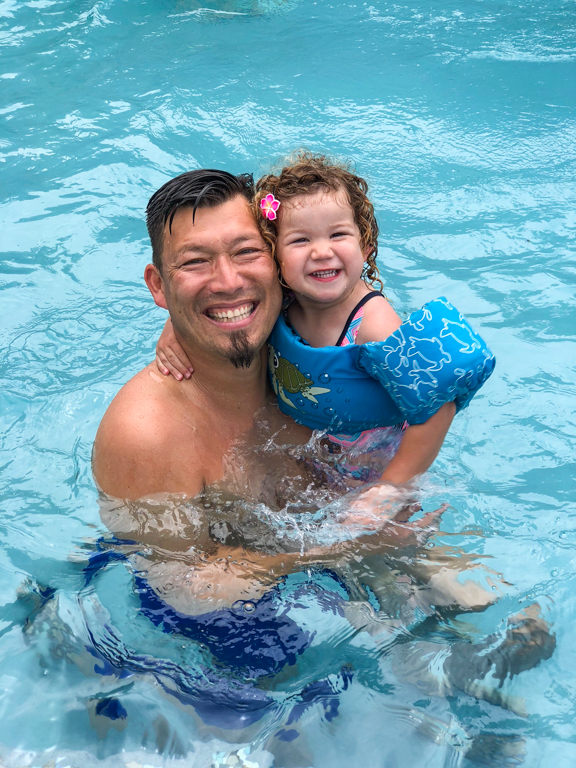 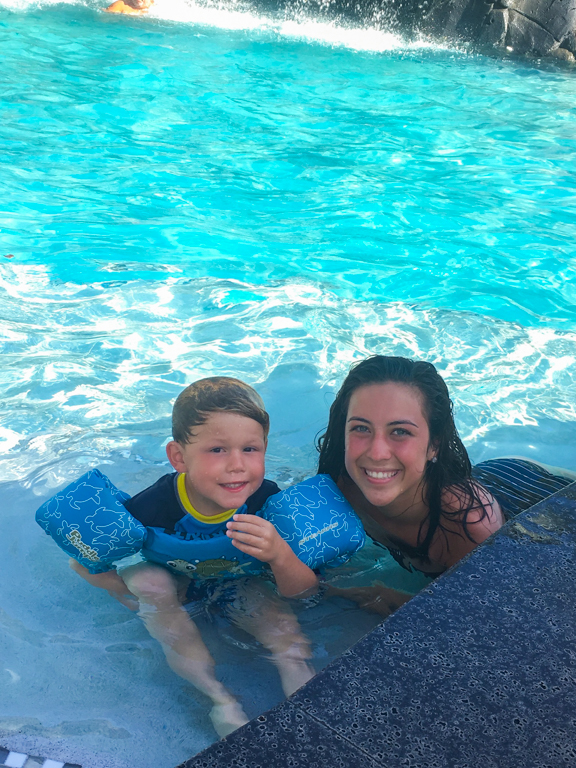 There's a heavy rain on the horizon, so it's time to head in from the pool. 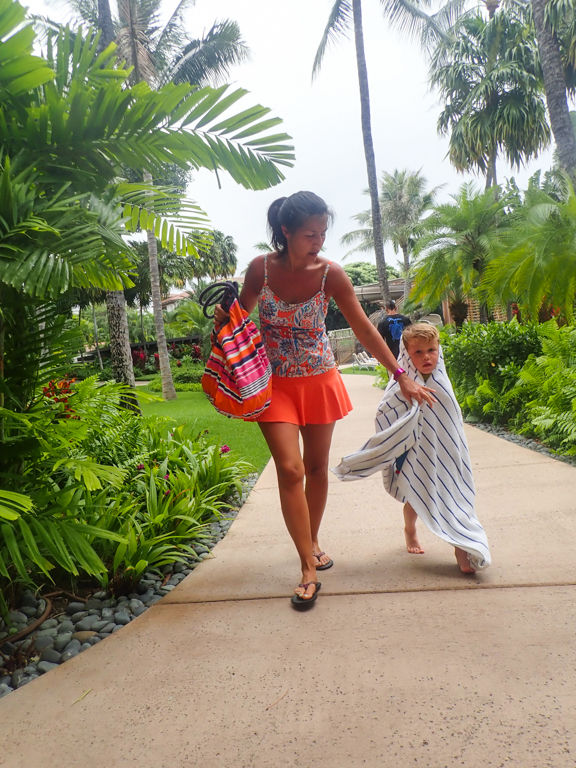 After lunch, and after the rain died down, the kids all headed back to the pool while Donald, Austin, and I headed to the nearby driving range. 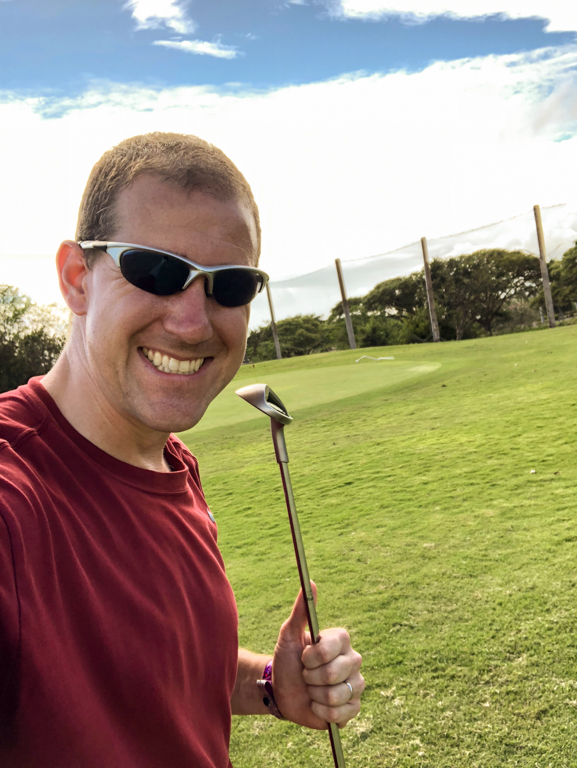 And after the driving range, why not grab a quick treat. This time at the Surfing Monkey Hawaiian Shaved Ice. 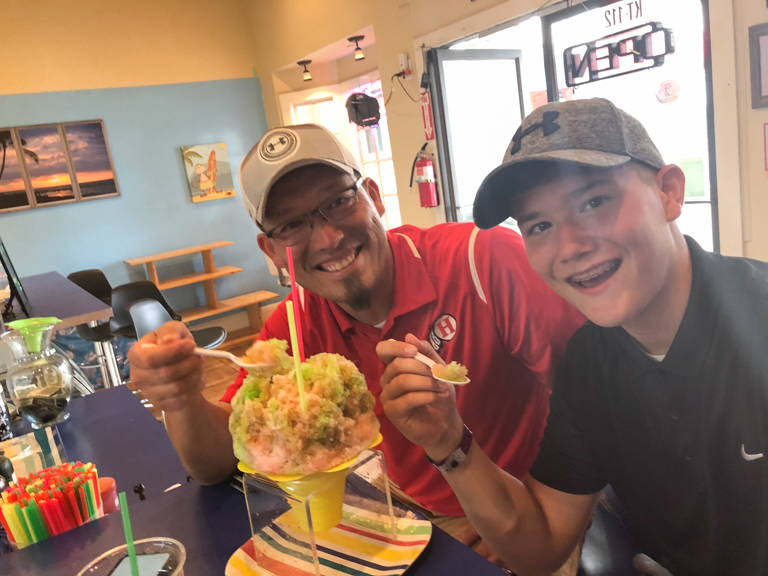 And while shaved ice is tasty, I'm a bigger fan of gelato. Delicious coconut and chocolate gelato. Mmm. 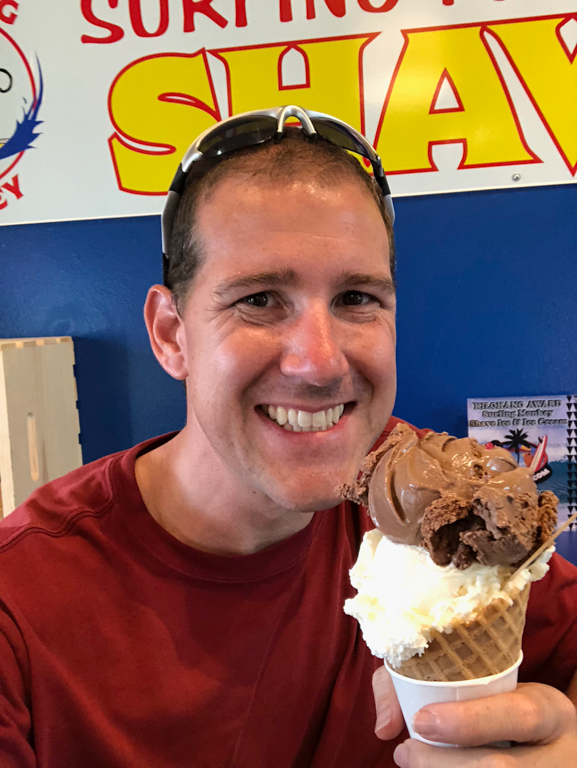