Because of the great time we had snorkeling at Makena Beach yesterday, we were able to convince the rest of the family to head out there with us today. 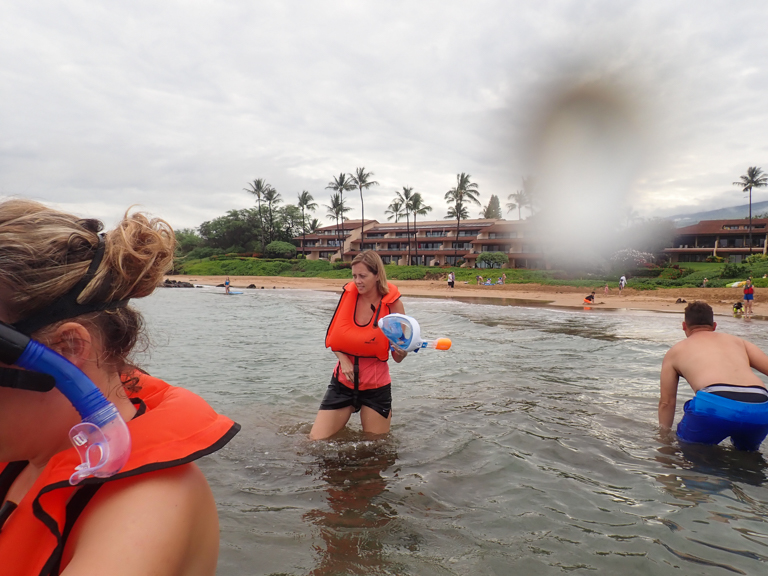 On the lookout for turtles. 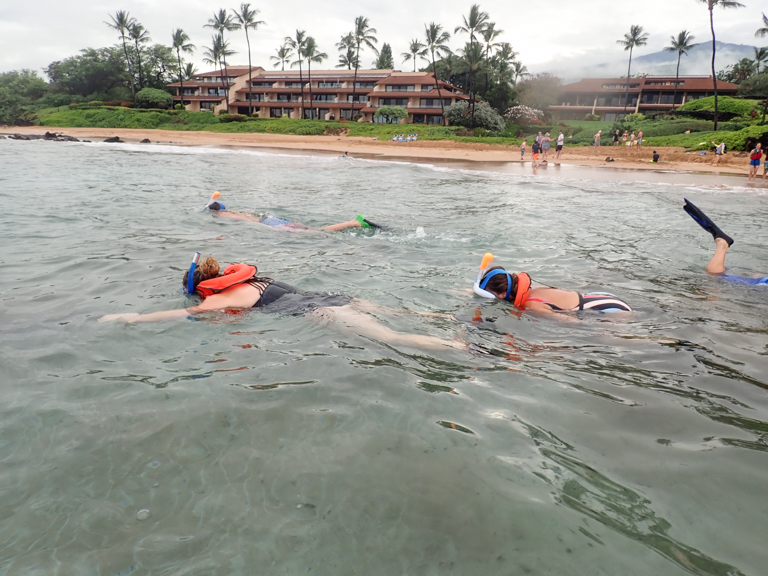 And again it didn't take long until we found one. Also in the shallows. 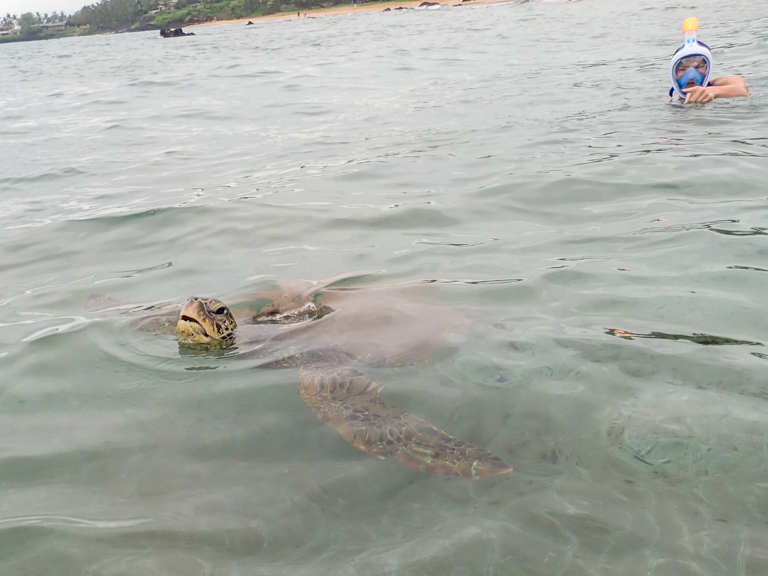 Eating some of this greenery for breakfast. 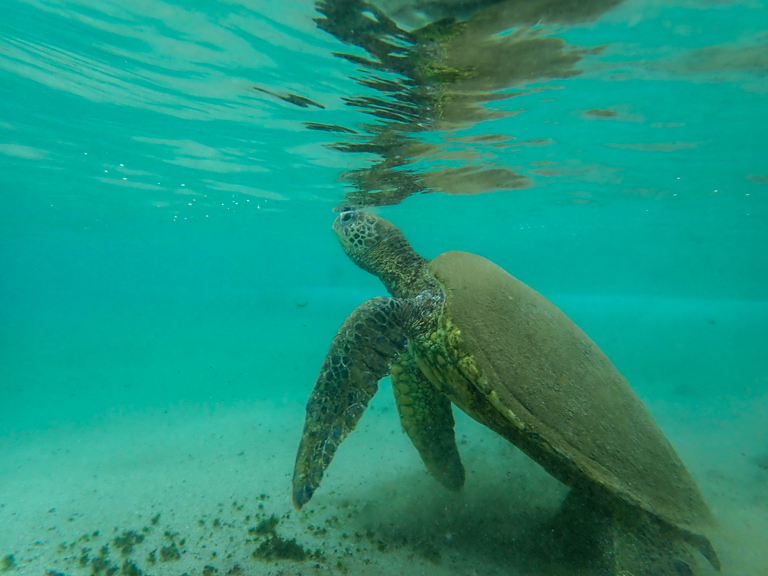 All these fish were attacking the turtle! Or they're cleaning his shell. 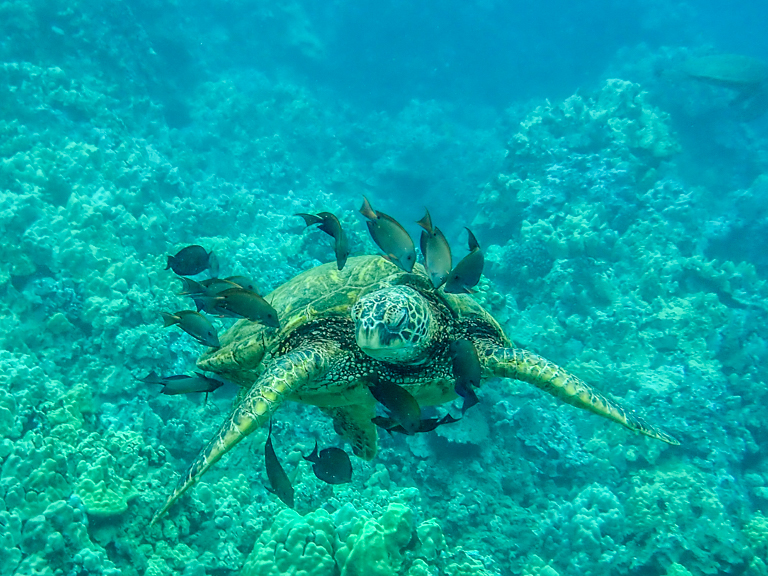 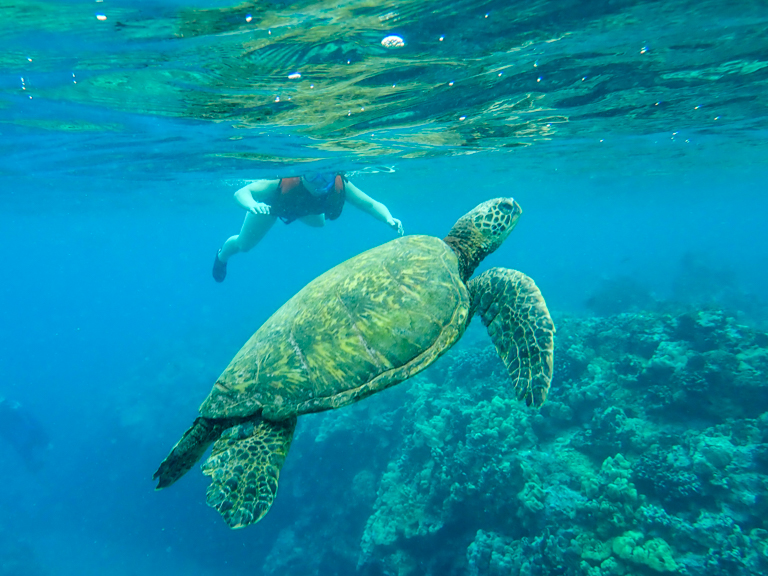 It was a whole turtle city down there. Really fun to see. 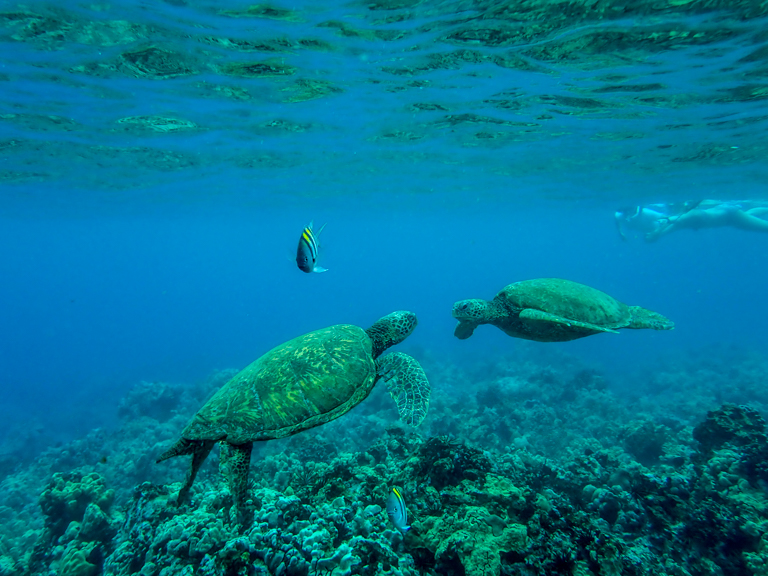 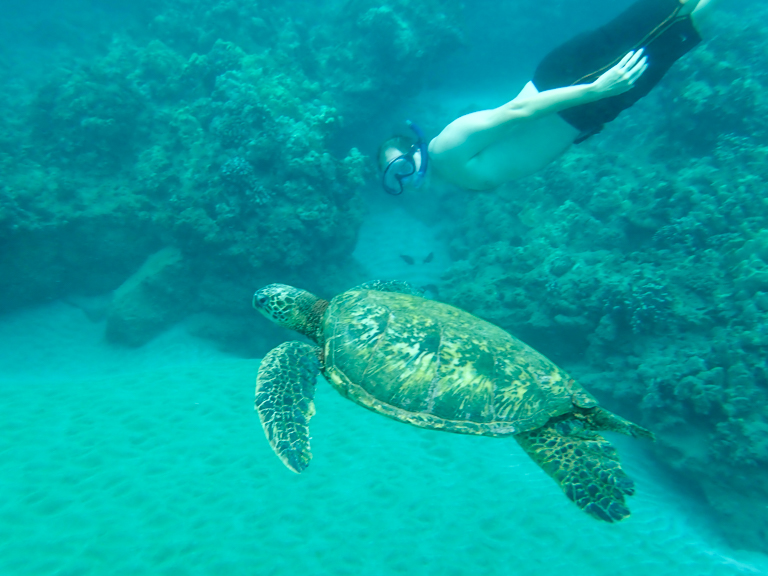 This little guy was almost stepped on. 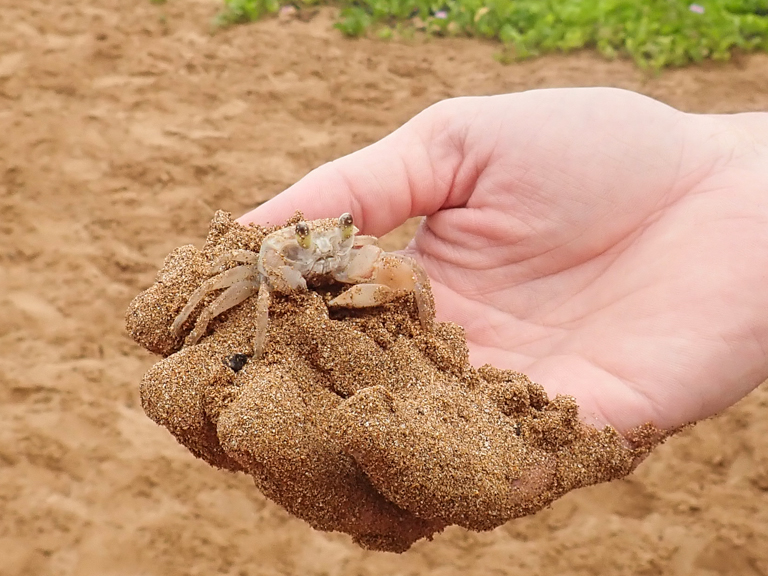 I moved him over to the greenery and out of the way. While we've been snorkeling, the kids have been enjoying the pools. 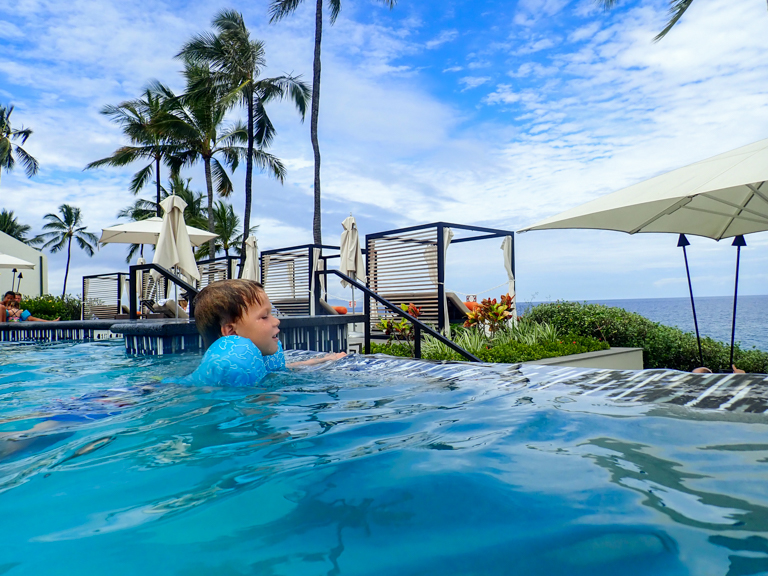 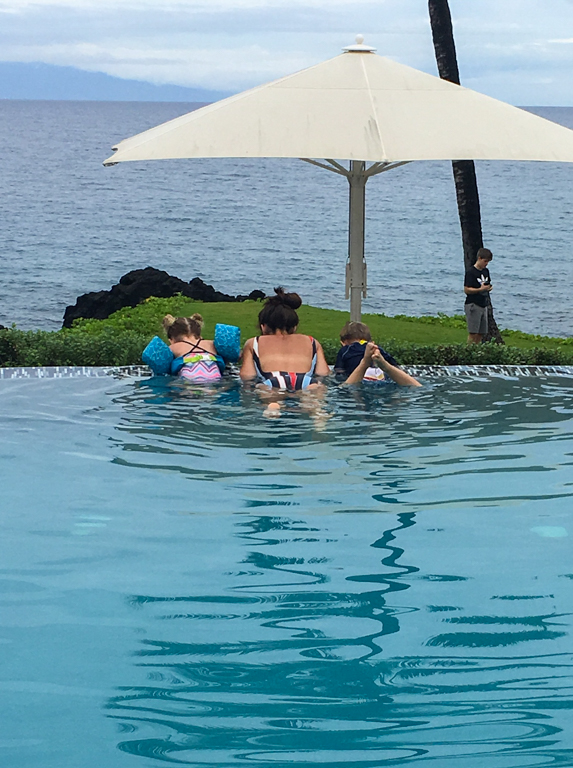 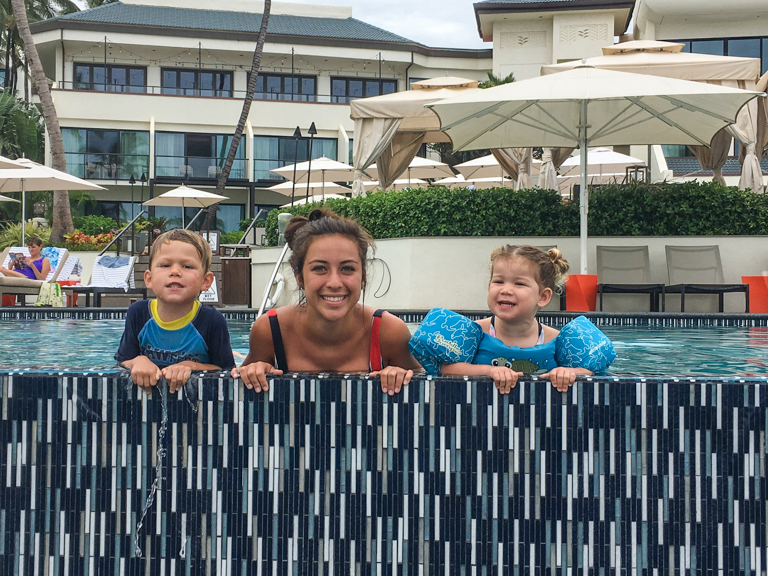 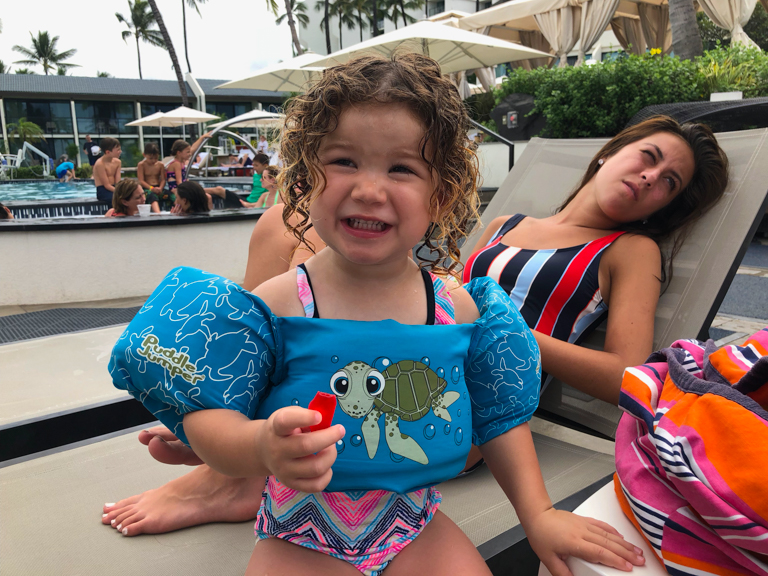 Another one of the interesting animals Ian and I found. A giant slug! Ian and I watched it crawling around for a little bit. 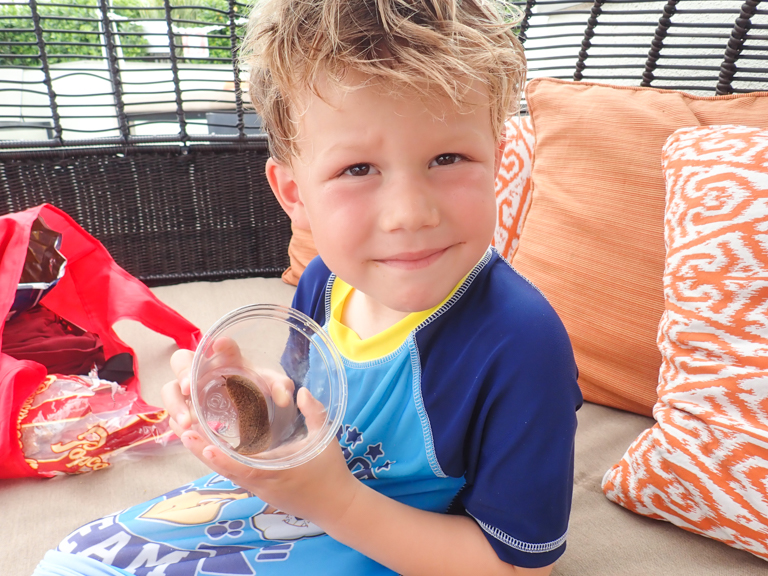 Then decided to share our find with the others... 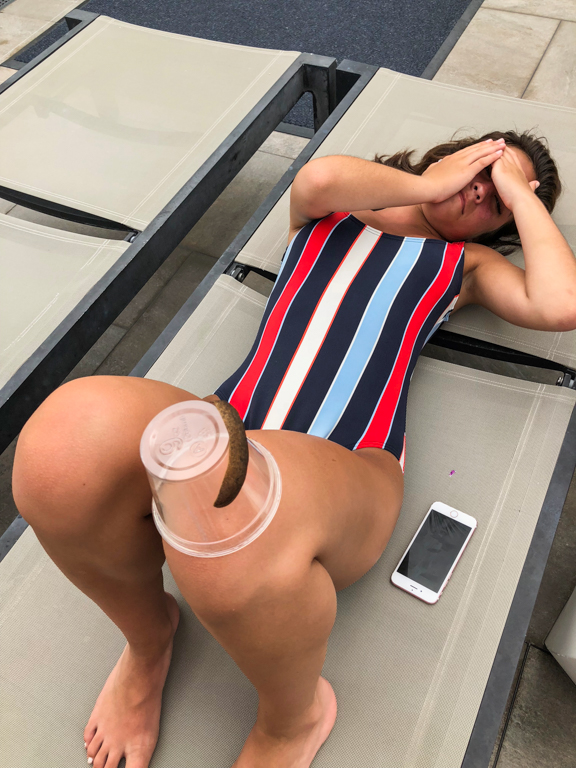 After all that practicing on the driving range, Austin really wanted to get out and play a round. It been forever since I played, but after some decent practice on the range, I was up for it.
The Pukalani Country Club had some nice grounds and wasn't crazy expensive. As we pulled up, the skies were threatening. 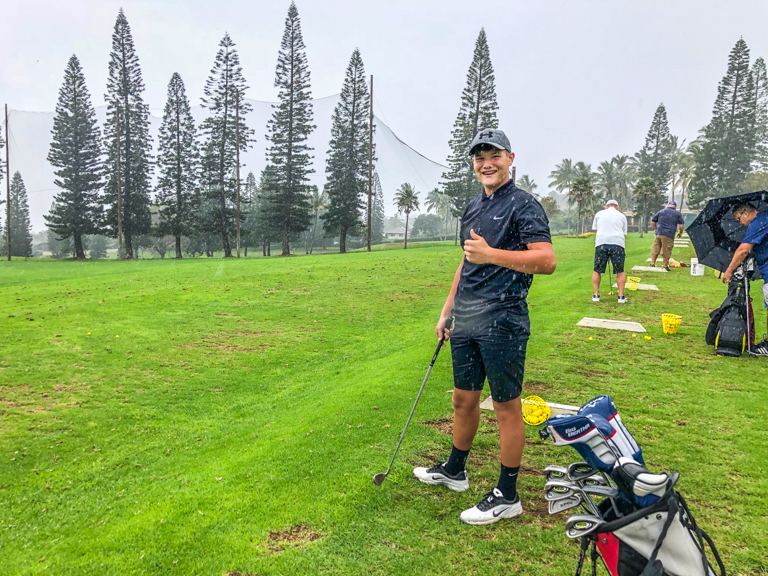 We spoke to the Golf Pro and he agreed that the rain was coming soon. He gave us a bucket of balls to hit on the driving range for free while we waited it out. Coming from Michigan, Austin would not be dissuaded. A little rain wasn't going to stop him. I was soaking wet, and even had to wring out my shirt after it started to let up. 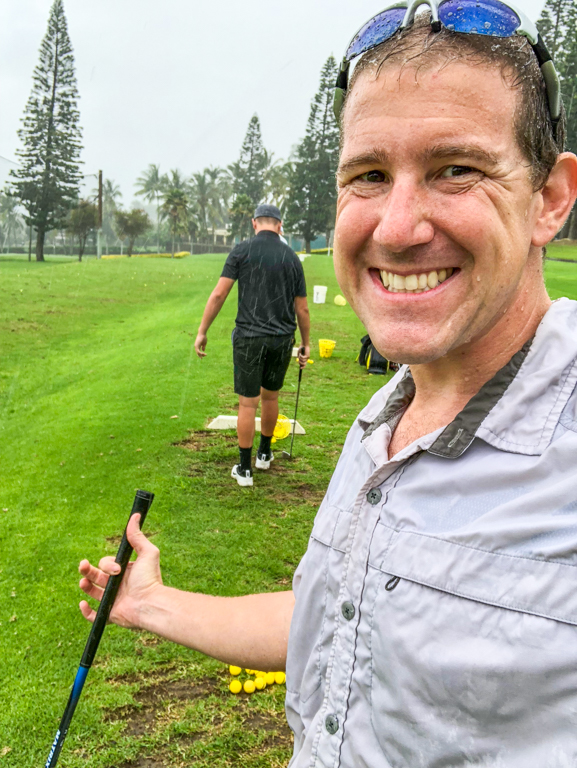 Finally the downpour turned into a drizzle. Good enough for us. Let's do it! 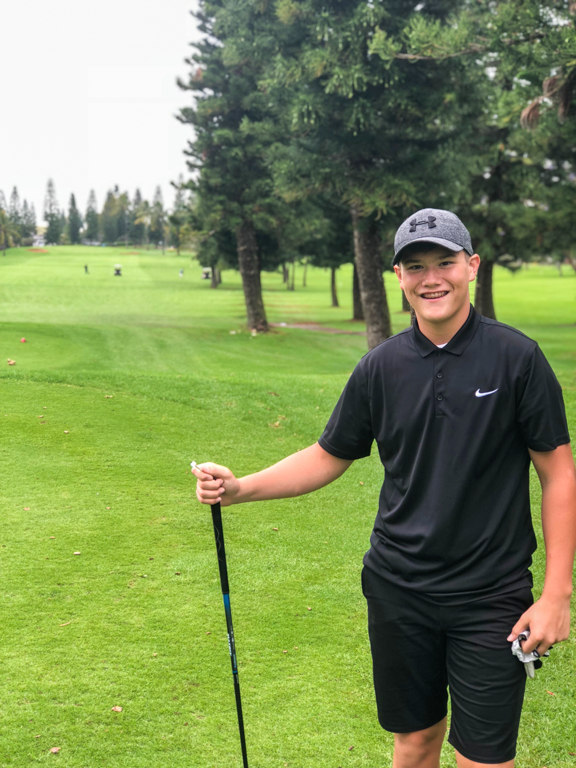 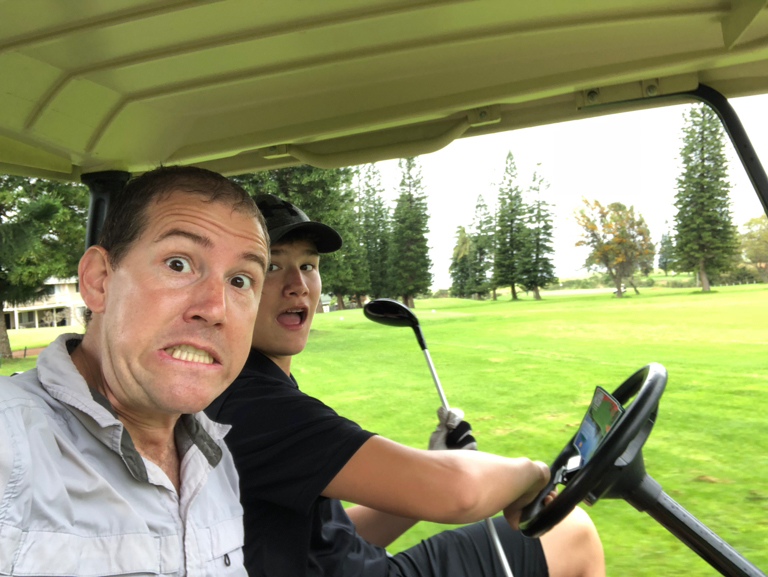 These guys were really interested in us. Perhaps others feed them. We didn't bring anything with us, so they were disappointed. 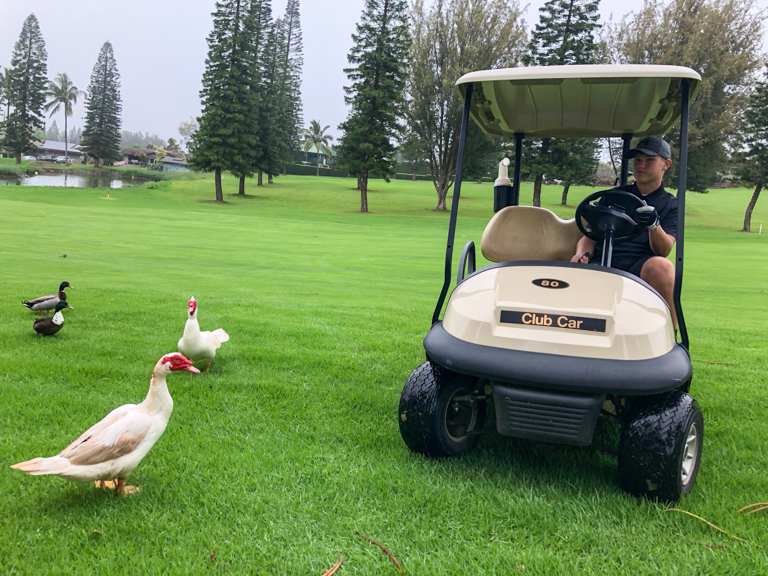 It was a really fun time getting out there and golfing. It was nice to have the wide open fairways too, where I wasn't too scared to slice a ball into another group of golfers. After golfing, we met back up with everyone for a final treat. Shaved ice and gelato for everyone! 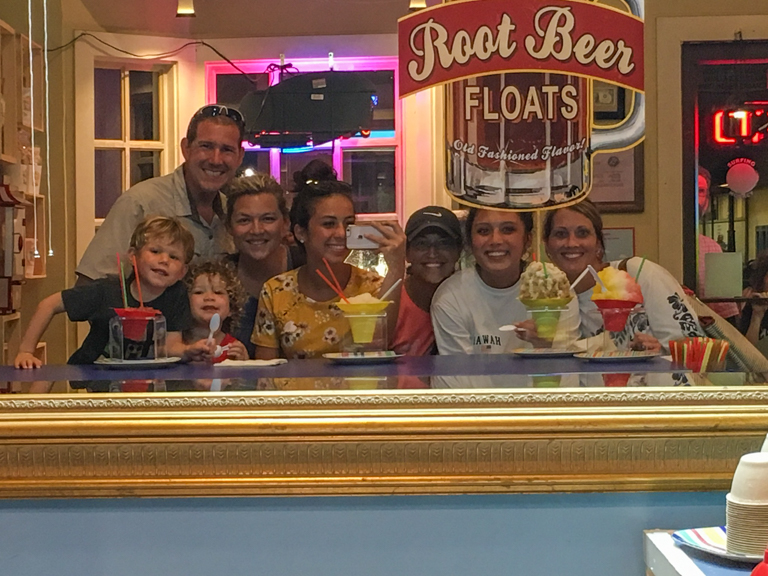 The next day was our final day in Hawaii. We spent the morning packing up and heading to the airport. 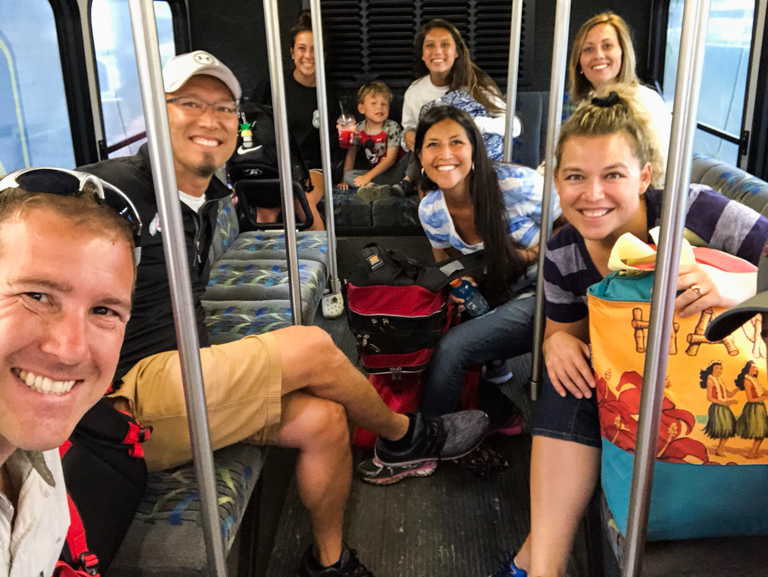 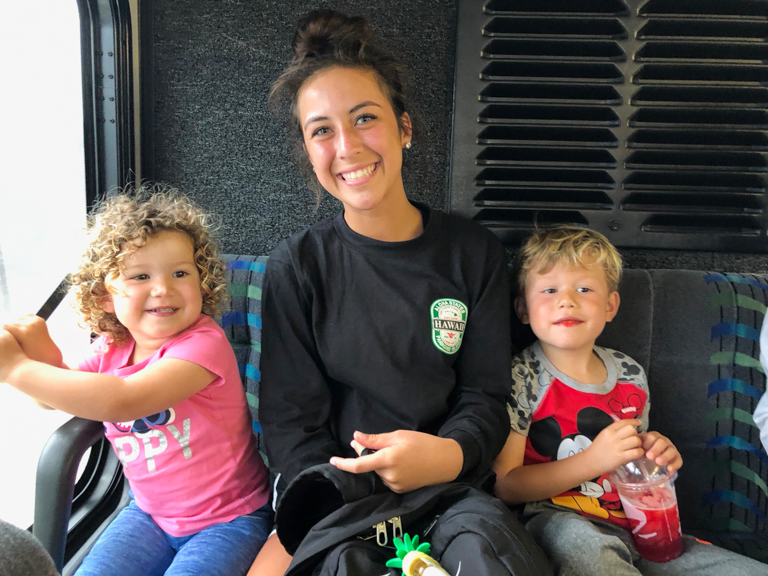 Goodbye cousins! It's been fun! 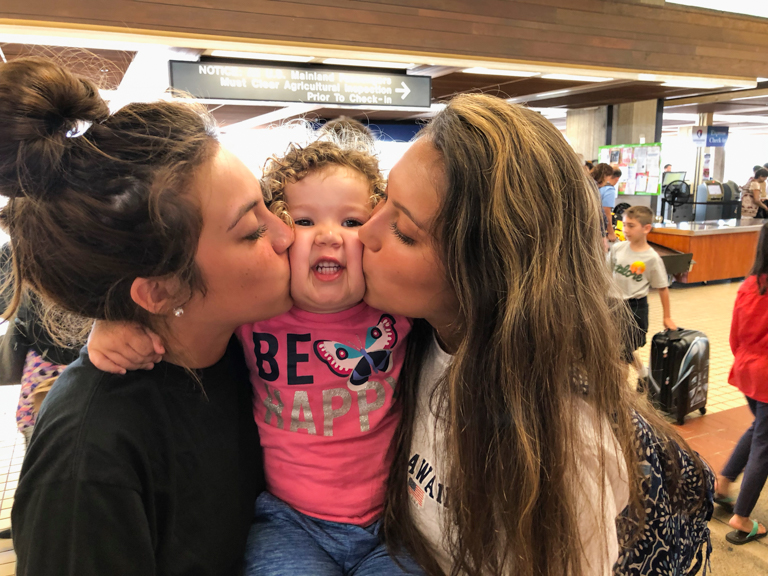 Hugs before the car ride home.